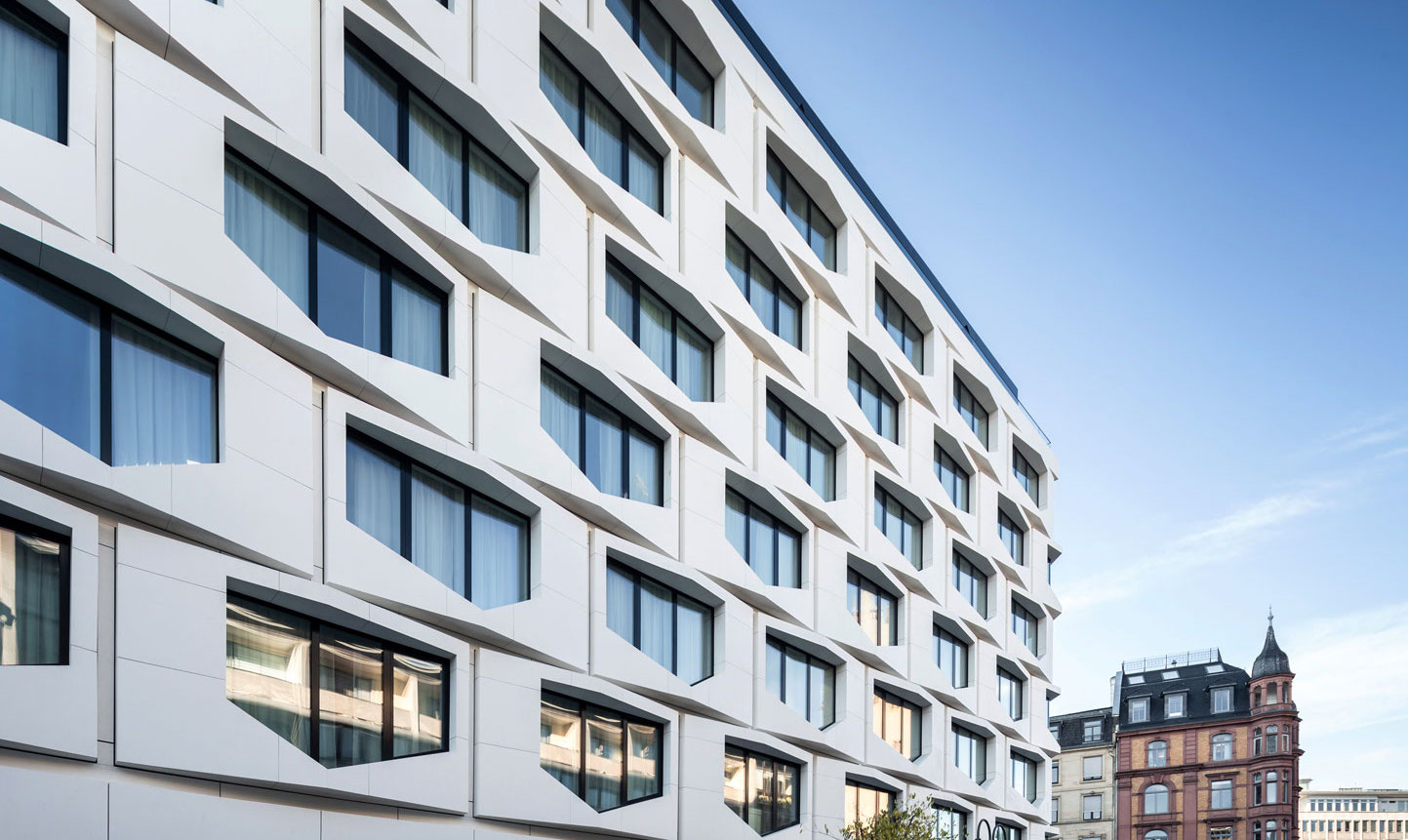 From the façade of a Frankfurt hotel to a Parisian pastry kitchen, the versatility of Sintered Stone creates new aesthetic possibilities.

Kitchens. Bathrooms. Façades. Furniture. From the face a coffee table to the façade of a skyscraper, Neolith’s pioneering Sintered Stone finishes combine striking aesthetics with impressive durability and flexibility. Favoured by a growing number of architects and designers, the innovative material is at the forefront of an evolution in surfaces.

A relatively new type of engineered material, Sintered Stone embodies the rich look of natural stones like quartz and marble. Using a combination of granite and glass minerals, as well as silica and natural oxides, Neolith’s manufacturing method replicates the geological process by which natural stone is formed in mere hours. Raw materials are first subjected to extremely high pressure (a weight of 400 bars), before the slabs pass through a 1200° Celsius kiln. 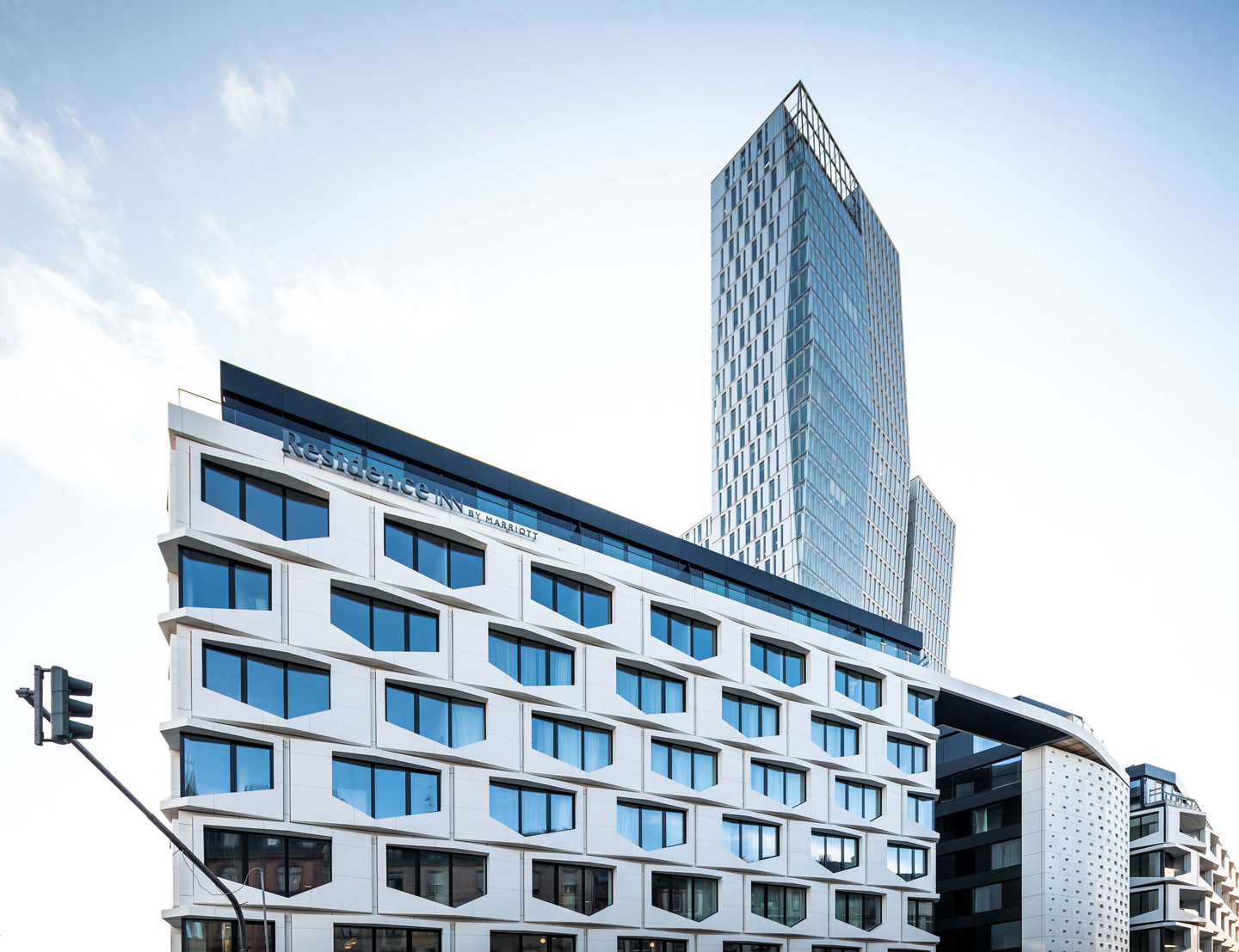 Less porous and more weather-resistant than their natural counterparts, Neolith’s sintered surfaces expand the possibilities of stone finishes. In Germany, for example, the three-dimensional façade of the Flare of Frankfurt hotel – designed by Hadi Teherani – defines the building with a subtly playful rhythm. It draws the eye with a sense of movement and tactility, made possible by the sintered Arctic White Silk panels. 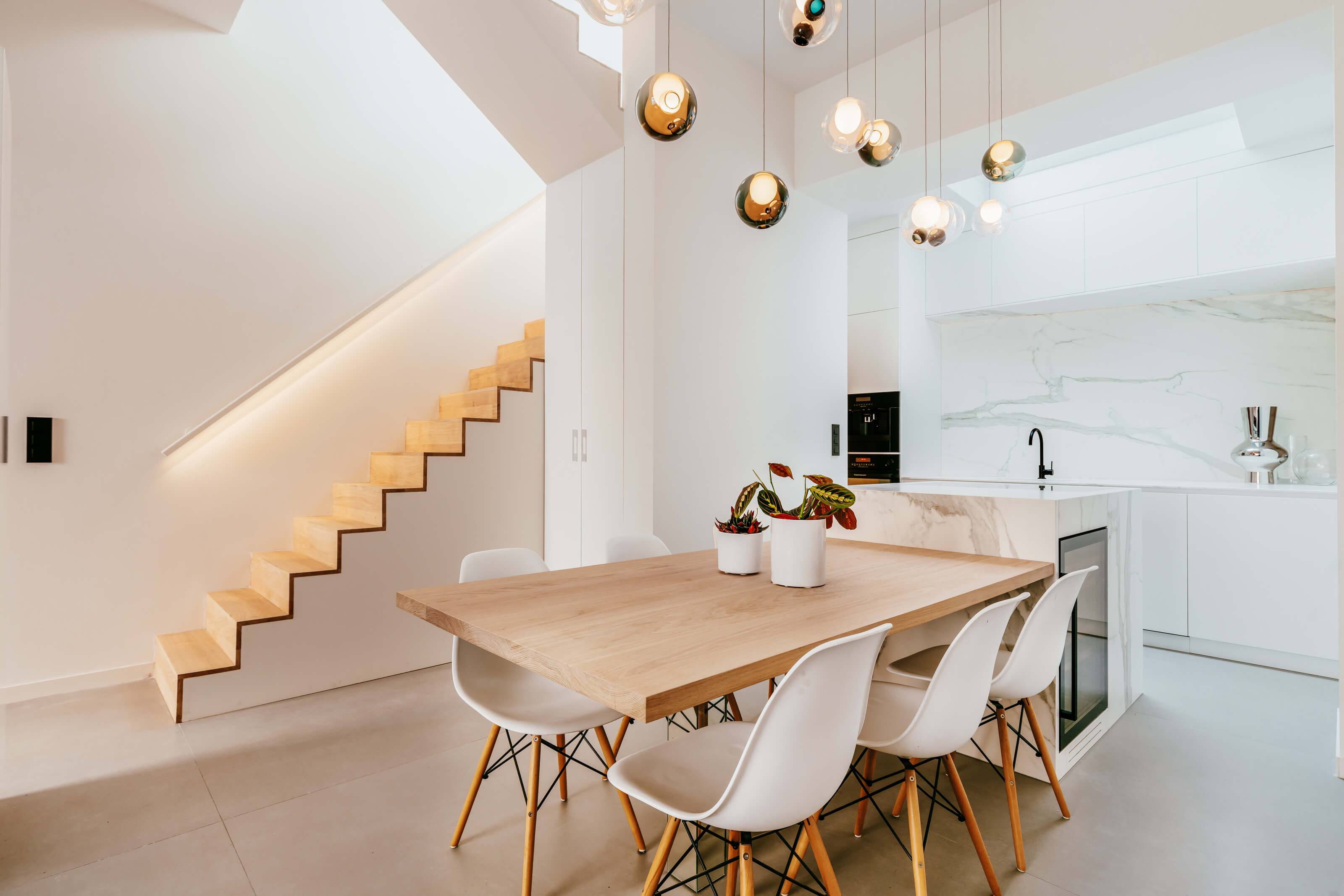 Neolith’s interiors are equally – if more subtly – striking. In Brussels, an apartment by interior specialist Michel Penneman is elegantly framed by stone finishes. In the living room, the bold veins of a marble finish that streak across the kitchen island and backsplash also top the coffee table, creating an impressively unified space. 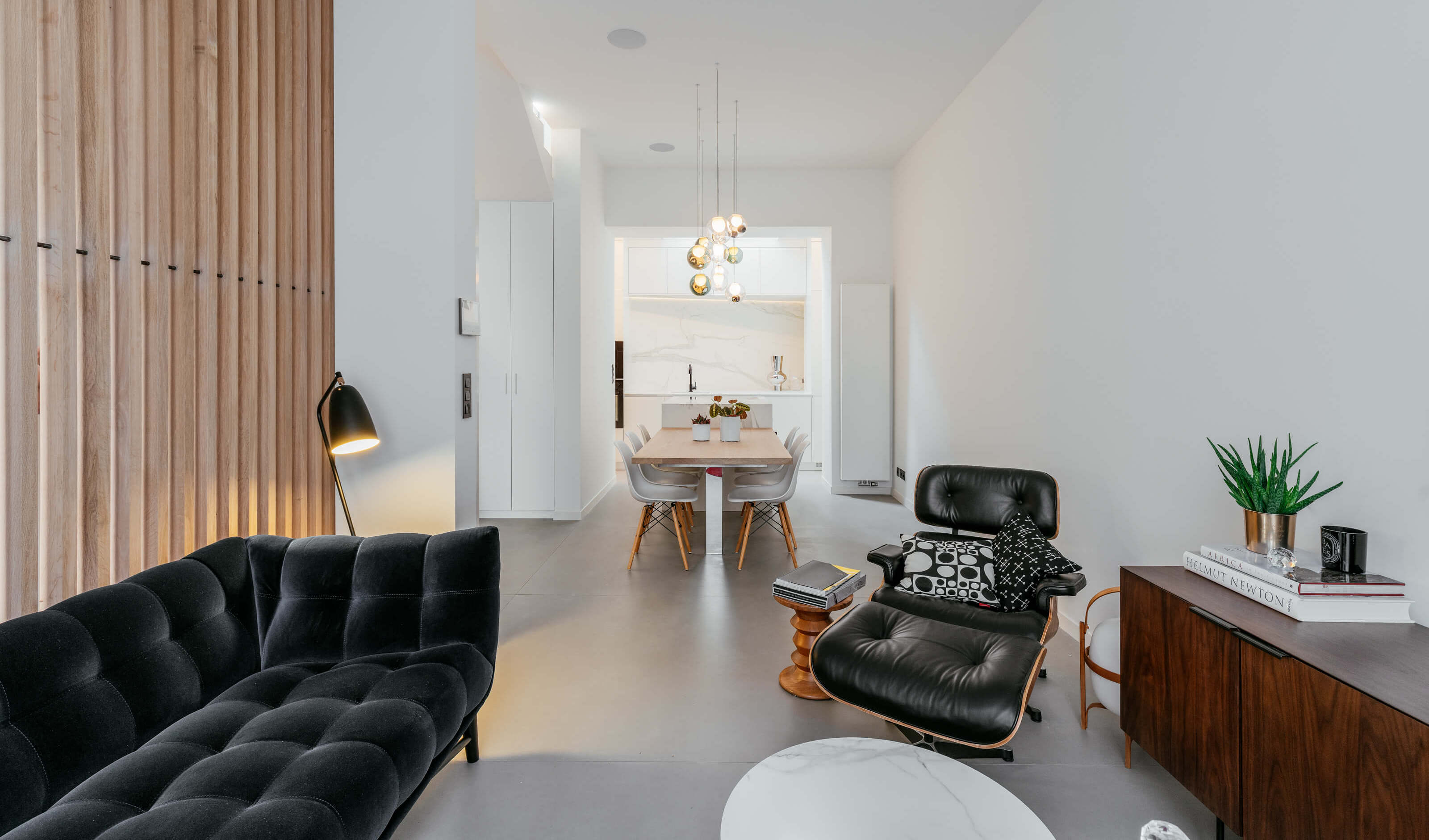 According the Penneman, Neolith finishes were an obvious choice. “Real stone and marble are fragile, difficult to clean,” he says. “In contrast, Sintered Stone is incredibly easy to maintain. A long time from now, this house will look exactly the same.” Moreover, the “thinness of the slabs offers possibilities unavailable with natural stone.”

In the Paris home of acclaimed pastry chef Cédric Grolet, the choice of Sintered Stone is both aesthetic and functional. While Neolith surfaces elegantly frame both the bedroom and master bathroom, Grolet’s standout space is, naturally, the kitchen. The kitchen island, counters, and backsplash, are finished with Neolith’s Estatuario Silk, with the surface spilling over onto the floor and up the wall to create a sense of continuity. It works hard, too. 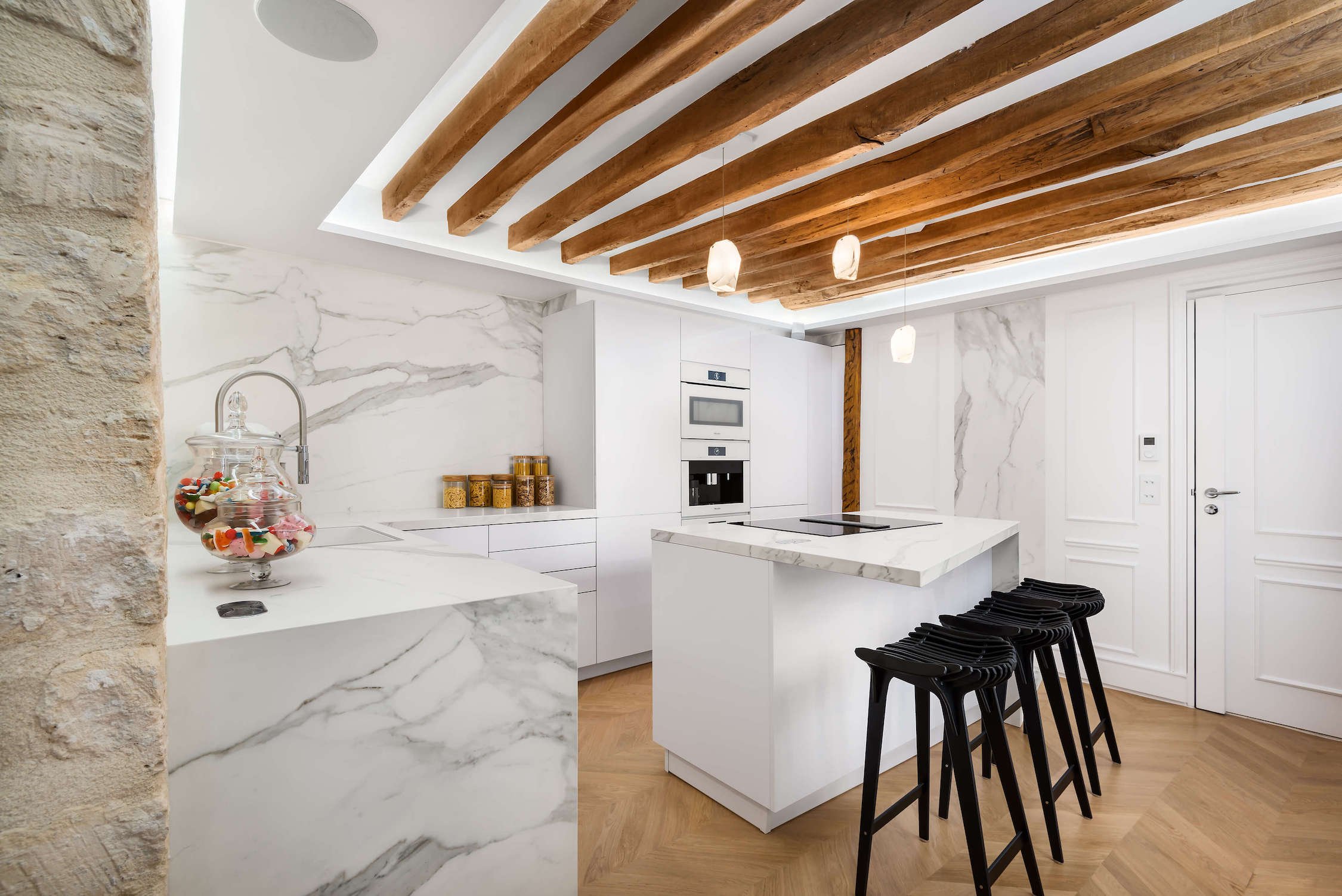 “What I like about Neolith is that it is non-porous and very easy to clean, an essential requirement for precise pastry work,” says Grolet. “For example, I can knead and roll directly on the surface and it doesn’t stain or tarnish. It also offers a neutral, crisp backdrop which allows my cakes and desserts to stand out, perfect for my Instagramming activity.” 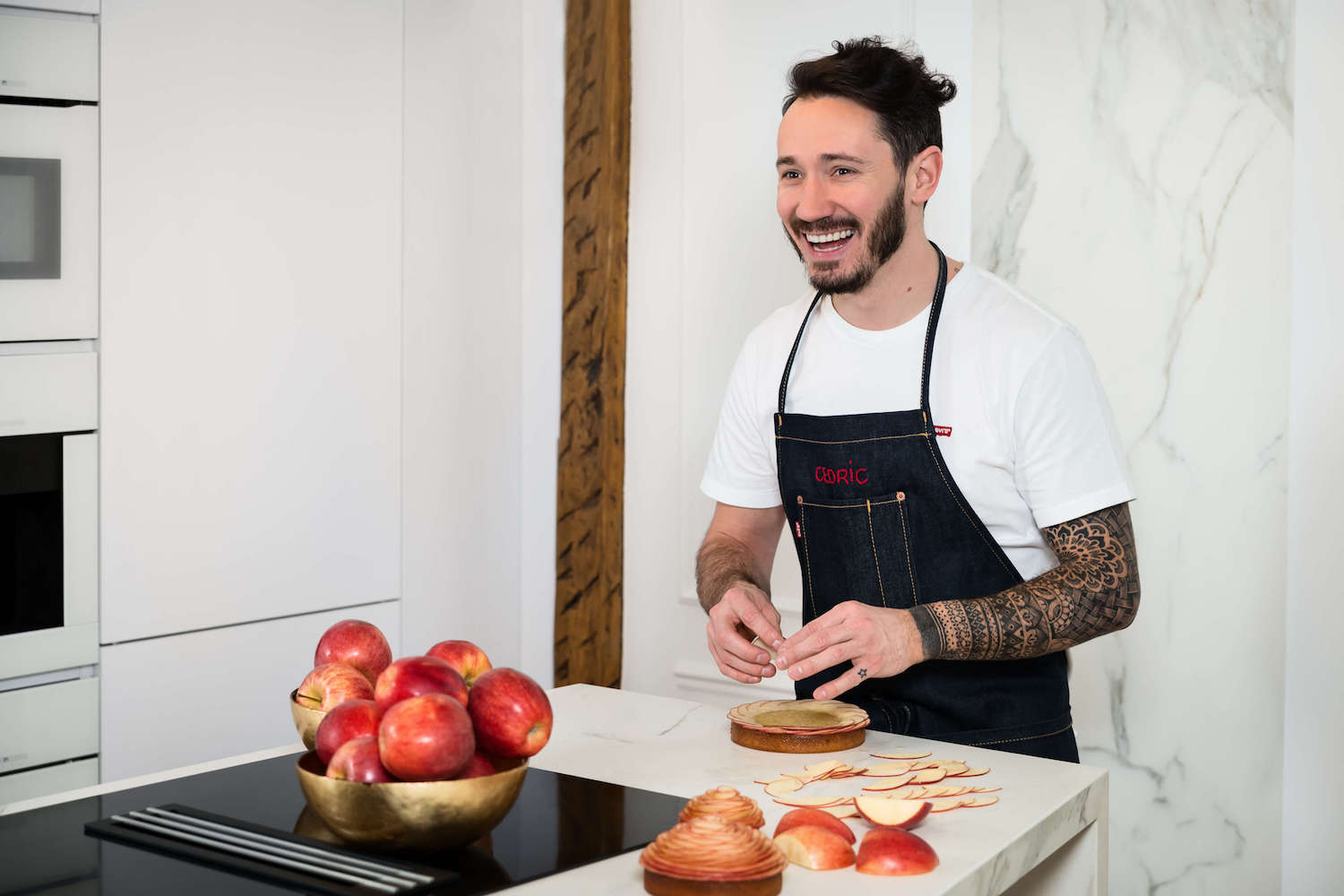 The three projects represent the impressive flexibility of Sintered Stone finishes. From the intimacy of the pastry counter to the urban presence of a block-long façade, Neolith’s Sintered Stone gives designers an impressively versatile new material palette.

This content was published by Azure on behalf of Neolith.

From the façade of a Frankfurt hotel to a Parisian pastry kitchen, the versatility of Sintered Stone creates new aesthetic possibilities.