Sustainable solutions for affordable housing are in major demand around the world, in cities and rural areas alike. In Ghana, West Africa, the minister for works and housing recently announced the country’s housing deficit had surpassed a shocking two million units. Hive Earth, a construction company based in Accra, Ghana’s largest city, is proposing using rammed earth to provide economical and eco-friendly housing locally and throughout the continent. 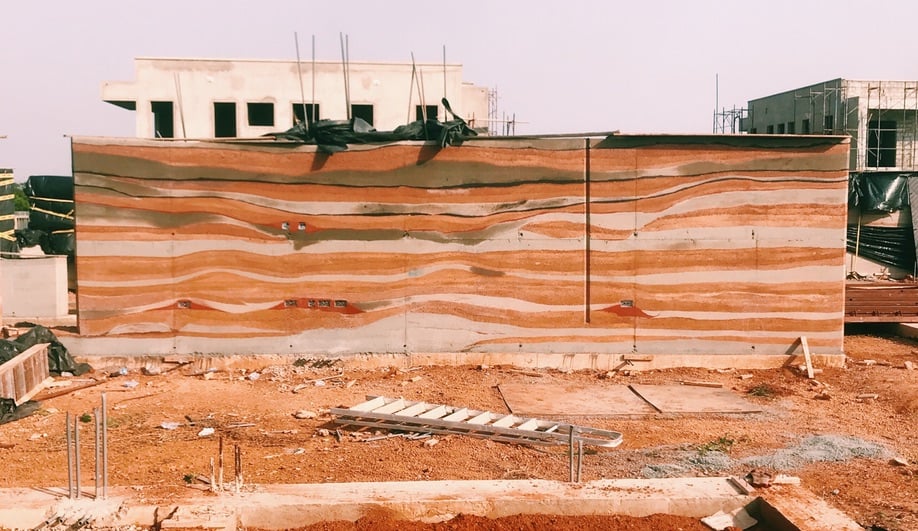 Co-founders Joelle Eyeson and Kwame Deheer noticed that the limited number of new houses that were being constructed in Ghana were typically beyond the economic reach of much of the population – including the labourers who were actually building them. They envisioned a way to build new homes that would be financially within reach for these workers – and also teach new skills and provide jobs for those who may not have a formal education. 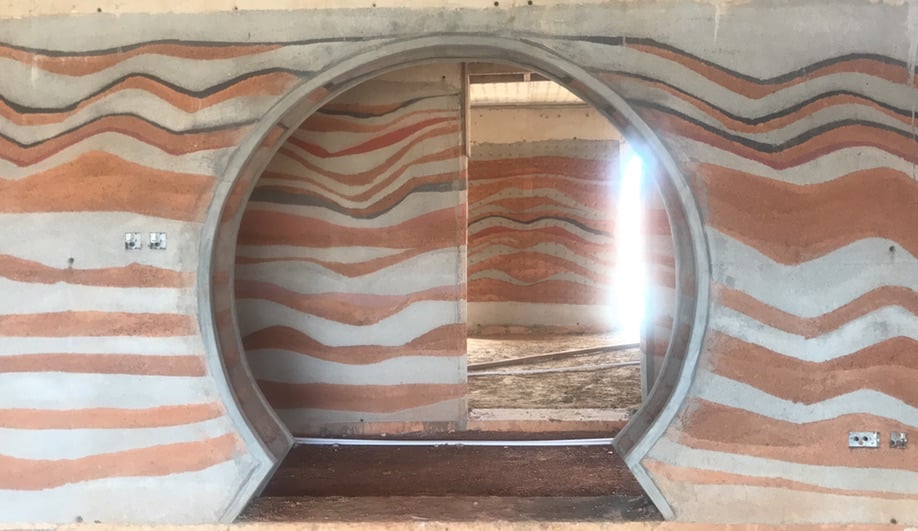 Rammed earth, Eyeson discovered, was like an updated version of traditional mud huts. While other houses are being built from imported materials, including concrete, Hive Earth’s projects are built using local clay and rock that is, well, dirt cheap.

“Rammed earth isn’t like any other construction,” says Eyeson. “It’s artistic and it allows you to be really creative with your wall designs using locally sourced materials.” Unlike wood, a rammed earth structure can’t be eaten by termites, and its monolithic nature also makes it resistant to earthquake damage. And it costs about 30 per cent less than conventional construction techniques. 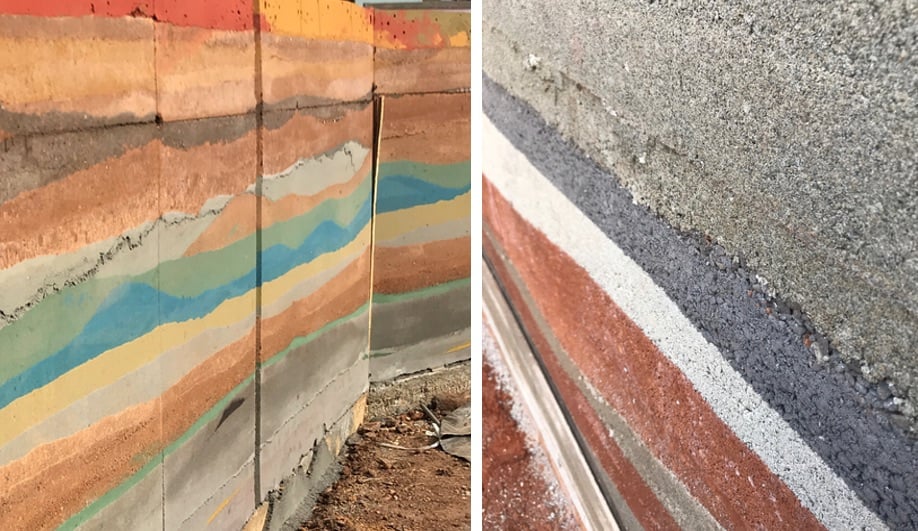 After experiencing too many issues with pneumatic rammers, Hive Earth walls are now frequently rammed by hand; the increased need for literal man power means more employment opportunities. The method is also more eco friendly and, says the company, affords better control over the aesthetic results. 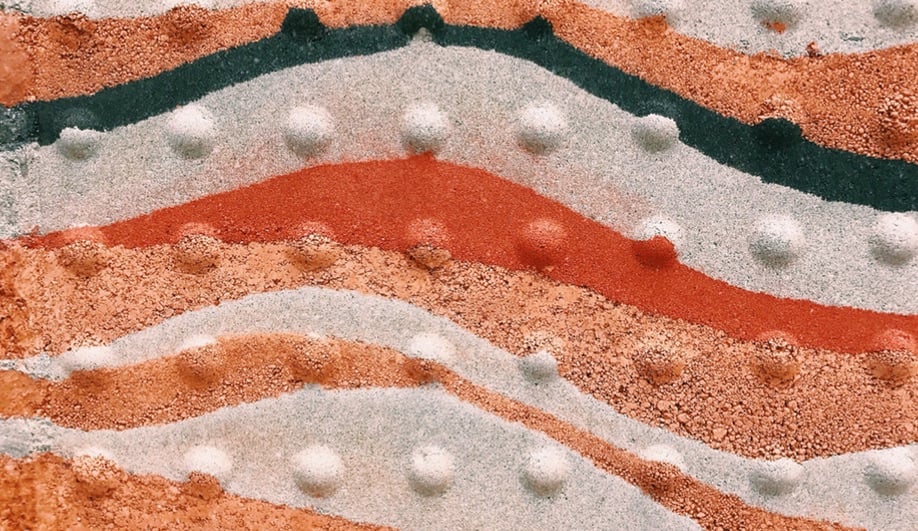 By adding iron oxide pigments, Hive Earth is able to create dazzling layers of rich earth tones, in a wall that provides built-in thermal insulation and superior indoor air quality. The company is also working with German engineers to devise an underground cooling system that uses a low-cost solar pump to draw cool air from the ground. Paired with the natural insulation of the walls, the method negates the need for air conditioning – and the expense and environmental impact that go along with it. 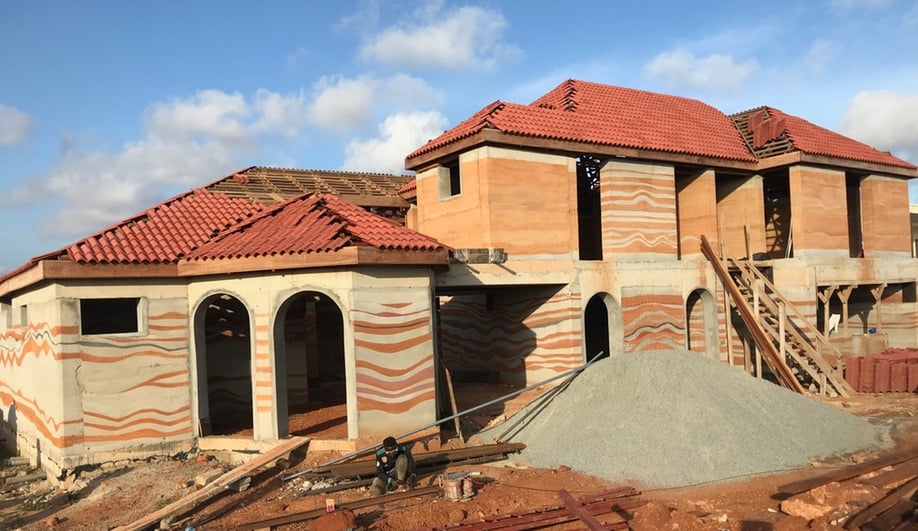 Typically measuring about 12 to 15 inches thick, the rammed earth walls’ inherent strength allow an unprotected framework to be exposed to the elements, so its an ideal technique for projects that might need to be put on hold until the next influx of cash comes through. Hive Earth’s first home – a two-storey build featuring earth-and-shea-butter floor tiles and a media room with bumpy textured earth walls that enhance interior acoustics – has been slowly coming together outside Accra over the last year and a half. Eyeson hopes that it will be completed by August, but says it will depend on the client and his cash flow. 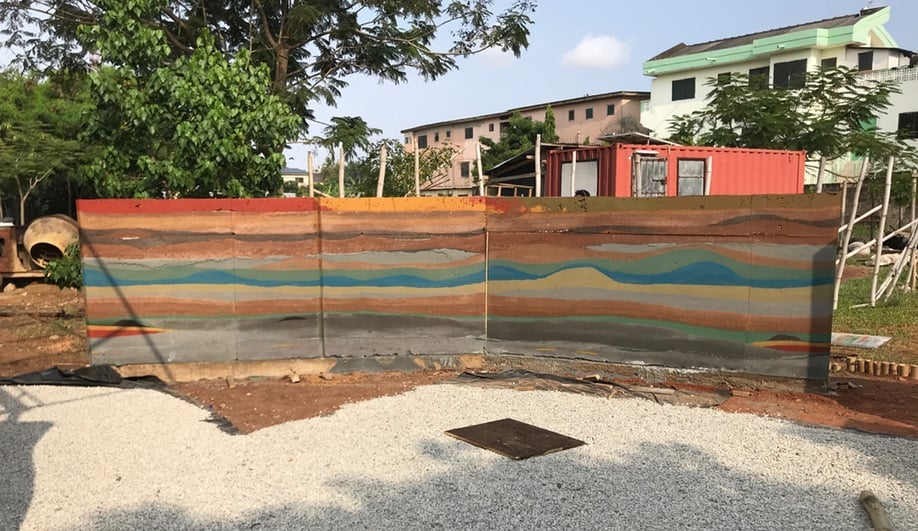 In the meantime, Hive Earth is working with local architects OOA to build a maternity ward for the women who work in Accra’s largest commercial market, Mallam Atta. Women in the area have previously needed to travel to large hospitals to give birth, and the new facility is intended to remove this added stress. The project’s construction process will include a series of four workshops in August, which will not only allow the community to contribute to building this new amenity, but provide opportunities for residents to learn a new skill that could soon be in significant demand.