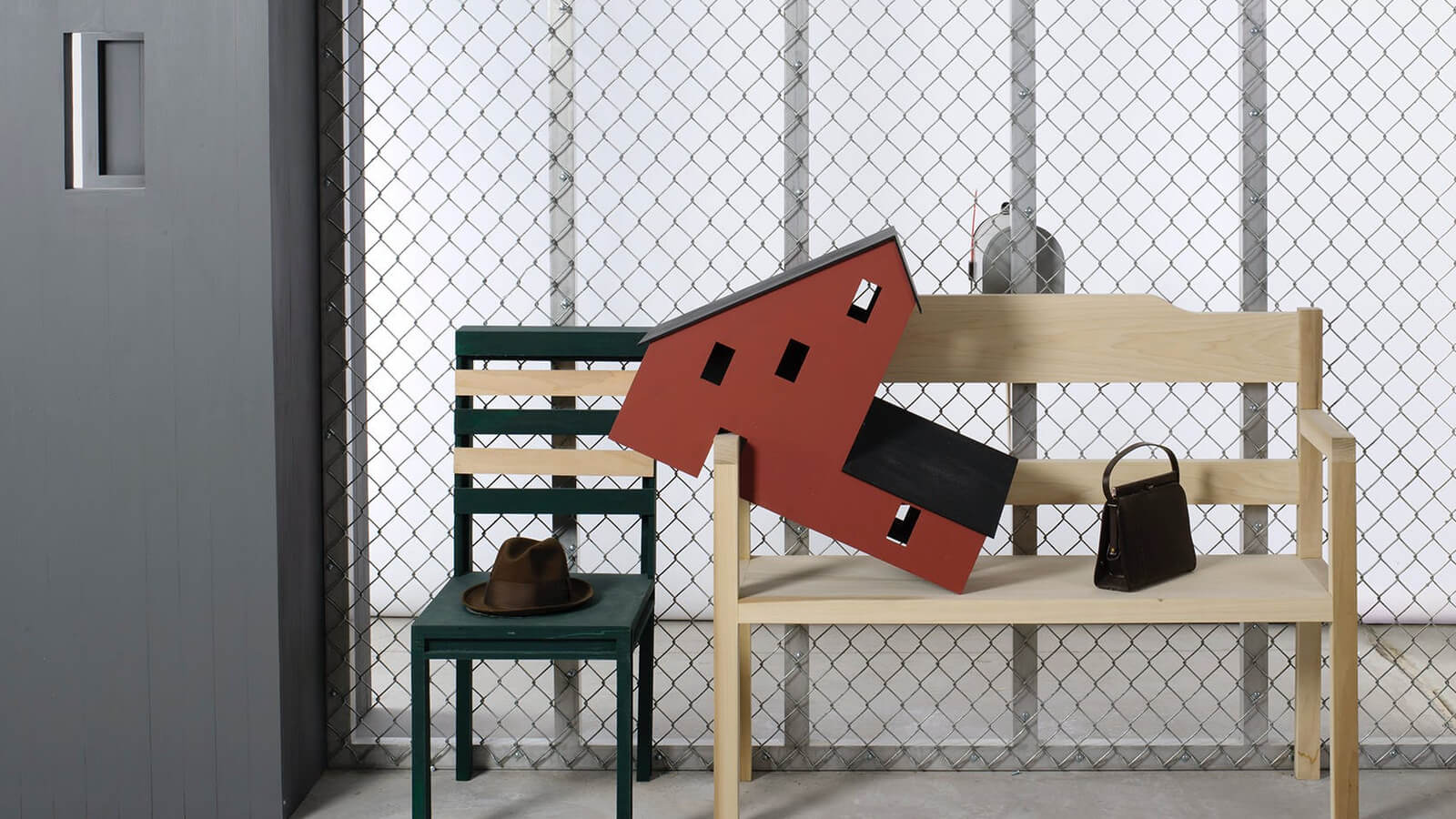 On August 27, Iranian-American artist Siah Armajani passed away at his home in Minneapolis. Known for his decades-long career mounting poetic public interventions that skirted the periphery of sculpture, philosophy, community practice and civic engagement, he mined everyday typologies and forms to transform architectural elements – from bridges to houses to fences – into an artistic language that prioritized participation and political agency.

Born in Tehran in 1939, Armajani studied art at a young age prior to his involvement with pro-democracy organizing during his teenage years, following the CIA and MI-6’s organized coup of Prime Minister Mohammad Mosaddegh in 1953. As part of this activism, he began circulating charged collages dubbed “Night Letters,” featuring combinations of images with slogans such as “Independence Belongs to Us” and “Oil Belongs to Us.”

“I made my commitment by becoming a political artist — from day one — until now,” Armajani recalled in a 2018 lecture. “Anything I do, either in an obvious way or a discreet way, is political.”

A model of “First Bridge” included as part of the 2019 Retrospective “Siah Armajani: Follow This Line” at the MET Breuer.

Though he studied at the University of Tehran for a number of years, his political involvement prompted his father to send Armajani to Minnesota in 1960 as tensions escalated. (He graduated in 1963 with a major in philosophy from Macalester College). While he was still a student, his early works on paper were exhibited in a number of shows at the Walker Art Center in Minneapolis; he went on to complete his first public structure, fittingly titled First Bridge, in White Bear Lake in 1968. For the Minnesota city, the artist devised a dramatic, folly-like bridge that gradually tapered from a three-metre-high entrance to a 1.2-metre-high end point. Inspired largely by philosopher Martin Heidegger’s 1954 essay “Building, Dwelling, Thinking,” the bridge would become a central feature in the artist’s public-facing work — evoking concepts of civic engagement, citizenship and political participation.

Following this project and additional commissions in the public realm, Armajani began compiling the 26 points that would result in his Manifesto: Public Sculpture in the Context of American Democracy, completed a decade later. In it, he wrote, “We enter public sculpture not as a thing between four walls in a spatial sense but as a tool for activity.” It’s this focus on art as a framework for political activity that defines much of his work throughout the 1970s, ’80s and ’90s. It also informed a bridge designed for seminal Postmodern architect Robert Venturi in 1970; like many of Armajani’s public-oriented works, however, it remained a study model.

The artist revised his manifesto again in 1993, three years before he completed Bridge, Tower, Cauldron, a monumental, 34-metre-tall steel scaffold to house the iconic flame for the 1996 Olympics in Atlanta. His work during the following decade, and largely until his death, centred on the ongoing conflict in the Middle East and the unfolding refugee crisis, as well as a series of “tombs” for noted political philosophers (Heidegger included).

“Public sculpture should not intimidate, assault, or control the public,” the artist further mused in his manifesto. “It should enhance a given place.” Nowhere is this more apparent than in the 1970 work Bridge Over Tree, rebuilt at New York’s Brooklyn Bridge Park in 2019. Though it at first appears as a quotidian linear passage, the pavilion tilts at its centre to form a series of steps that allow users to traverse above a small scrub planted beneath. The significant public work was remounted alongside a sprawling retrospective held at the Metropolitan Museum of Art’s outpost in Marcel Breuer’s nearby structure the same year.

Co-organized with the Walker Art Center (the first institution to acquire his work), “Siah Armajani: Follow This Line” traced six decades of practice: from the artist’s early work in his native Iran through to his countless architectural maquettes — including the thousands rendered in paper, cardboard and wood that together form Dictionary for Building (1974-75) — to installations like 1988’s Sacco and Vanzetti Reading Room #3, a makeshift library of sorts filled with the works of philosophers Hannah Arendt, Walter Benjamin, Theodor Adorno and more.

“We are deeply saddened to hear of the passing of Siah Armajani,” Clare Davies, who organized the 2019 show, said in a statement. “[He was] an artist known for his wry sense of humour, his gentle nature and his deep conviction in the revolutionary potential of art as a form of civic engagement.”

Victoria Sung, another curator involved with the retrospective, told Artnet News: “His conceptual and cross-disciplinary investigations were driven by his belief in art’s potential to provoke citizens to interrogate their fundamental democratic responsibilities.”

Throughout his career, Armajani was the recipient of a number of awards and accolades, with his practice the subject of extensive coverage. Notably, he participated in the MoMA’s landmark 1970 exhibition on conceptual art titled “Information.” His vast body of work has also been exhibited at the Venice Biennale, Museu d’Art Contemporani de Barcelona, Stedelijk Museum, Whitney Biennial, documenta, and many more.

“Siah’s work is based on the principle that art should be open and accessible to a general audience,” explained Nicholas Baume, director and chief curator of Public Art Fund, the organization that commissioned the 2019’s edition of Bridge Over Tree. “But in doing so, it allows the artist himself to be a citizen, to participate in our democracy.”

Armajani’s later worked continued to use architectural forms to speak about ongoing politic issues, such as migration and immigration made evident in the 2017 work “Seven Rooms of Hospitality: Room for Deportees”. PHOTO: Rossi & Rossi

Armajani will be remembered for fostering such bonds — both literal and metaphoric — and striving to build bridges between art and the public at large, between architectural form and the politic realities it frames.