Seoul Takes Centre Stage
The South Korean capital is experiencing a protracted phase of exceptional design, as a new wave of talented architects and designers - from AnLstudio to Seung-Yong Song - is making its mark. 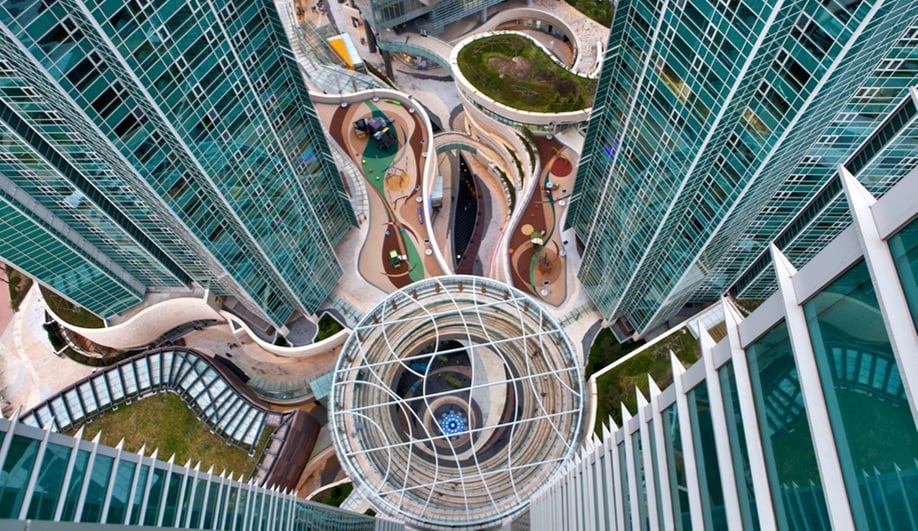 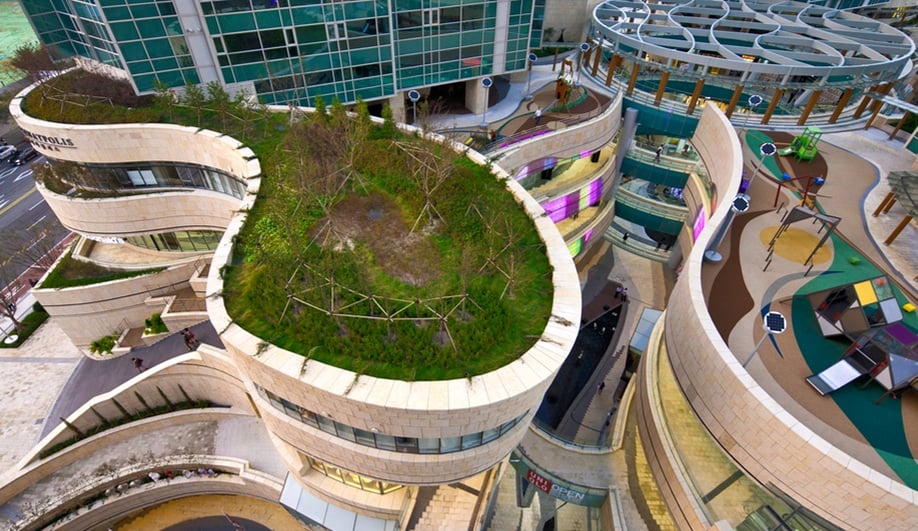 1. Mecenatpolis by Jerde
This mixed-use development by Jerde of Los Angeles is a city unto itself, and is fast becoming a prime tourist destination. Completed in 2012, the four residential and office towers surround a canyon-like retail plaza and a web of open-air corridors. Retail and dining alone take up 90,000 square metres. 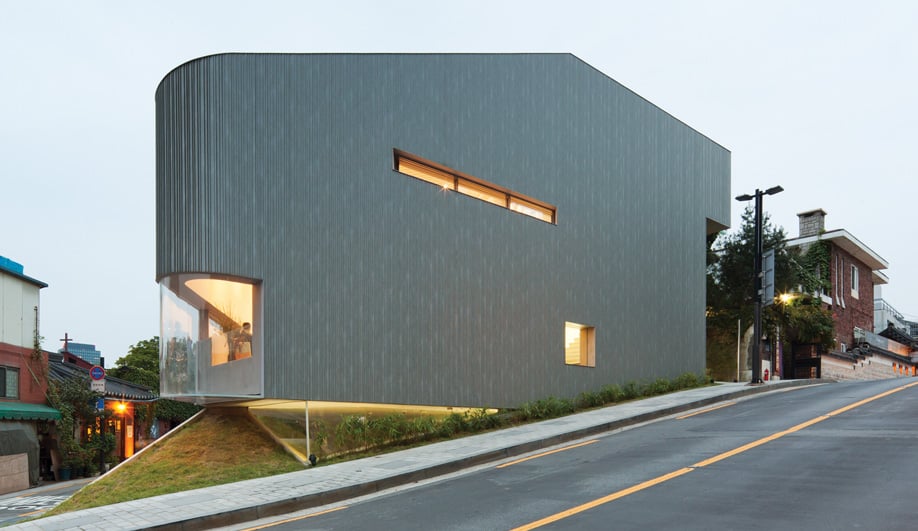 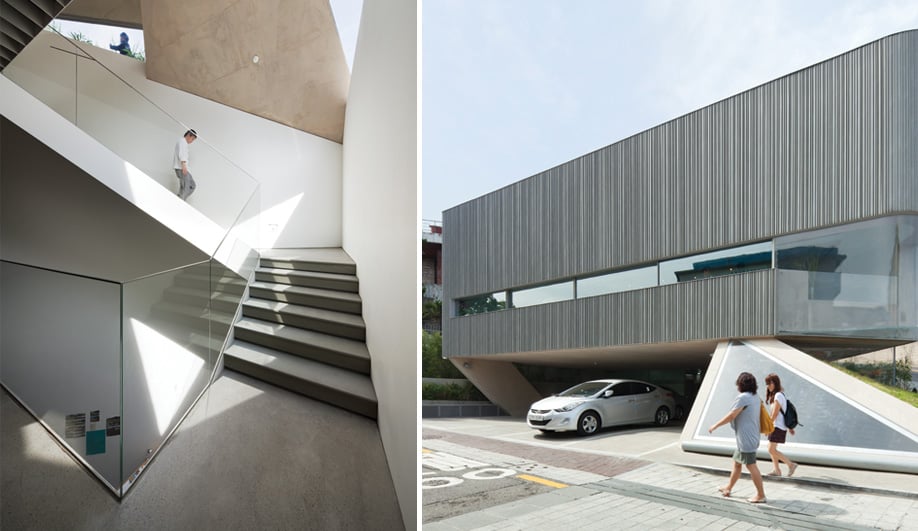 Set on a sloping flatiron lot, the building has two floors of exhibition space sunk beneath ground level, to preserve the humble streetscape. A restaurant and social spaces fill the above-ground concrete shell, which is wrapped in pleated galvanized steel and supported atop an acrylic-panelled “pyramid” that allows passersby to peer eight metres below ground into the heart of the exhibition areas. Photography by Kyungsub Shin 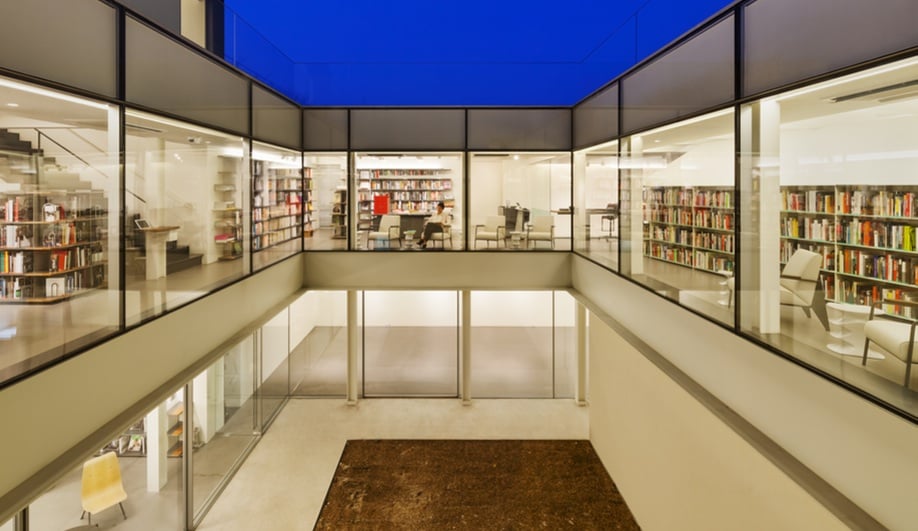 3. Hyundai Card Design Library by 101 Architects
In a metropolis obsessed with the forward march of digital technology, the concept of a library seems almost quaint. Opened earlier this year, the Hyundai Card Design Library houses more than 11,000 volumes of rare books and periodicals, and has kept visitors waiting in line for the privilege of handling these artifacts of a bygone age.

Local firm One O One Architects converted a former art gallery into what the project’s patron, a national credit card issuer, calls the world’s largest design library. Set in Seoul’s historical Buk-chon village, the three-storey structure contains the collection on the top two floors, while the ground level is given over to a café and rotating exhibits. The hyper-linear interiors, dotted with minimalist furniture, suggest a Bauhaus
influence, with such subtle gestures as an interior courtyard common to hanok houses, and a roof flourish of curved giwa tiling.

American design critics Justin McGuirk and Alexandra Lange curated the library’s collection, which includes every issue of Domus since its inception in 1928, a highlight for design aficionados who want to run their fingers over history. But One O One’s serene space in the middle of the city is reason enough for visitors to stand in line (yes, you can still do that in the flesh). ­ 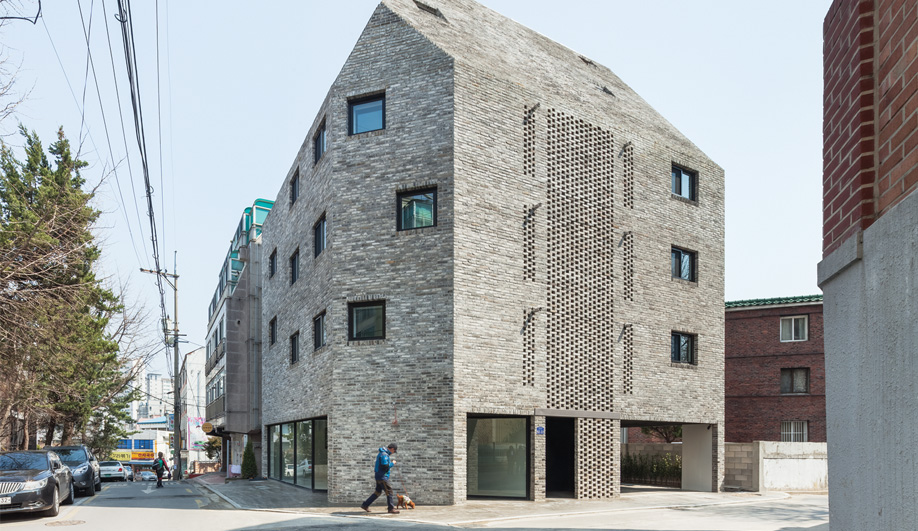 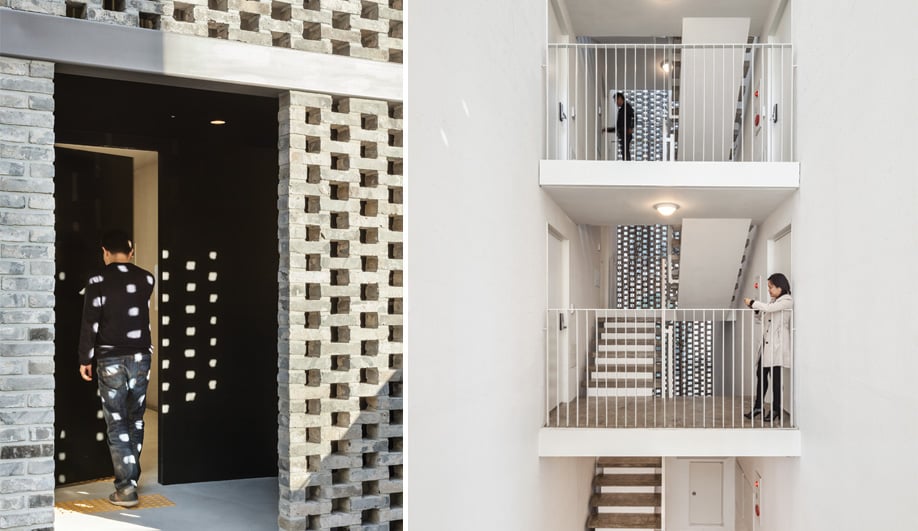 4. Behind the Screen Project by OBBA
For a building on a corner lot, local firm OBBA recently sandwiched a courtyard and a stairway between two five-storey masses. The interior core is defined by a unique screen of grey speckled bricks that brings in light and ventilation. OBBA (a.k.a. Office for Beyond Boundaries Architecture) was founded last year by Sojung Lee and Sangjoon Kwak, formerly of Mass Studies. Photography by Kyungsub Shin 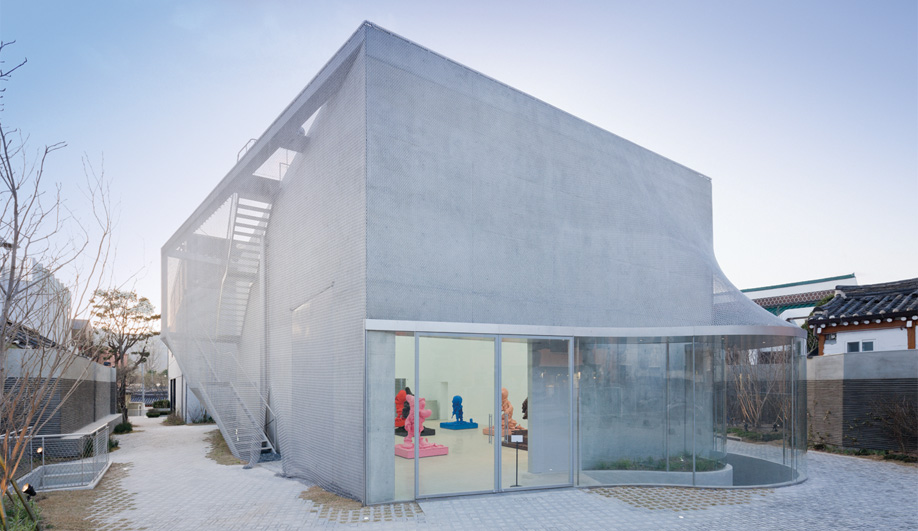 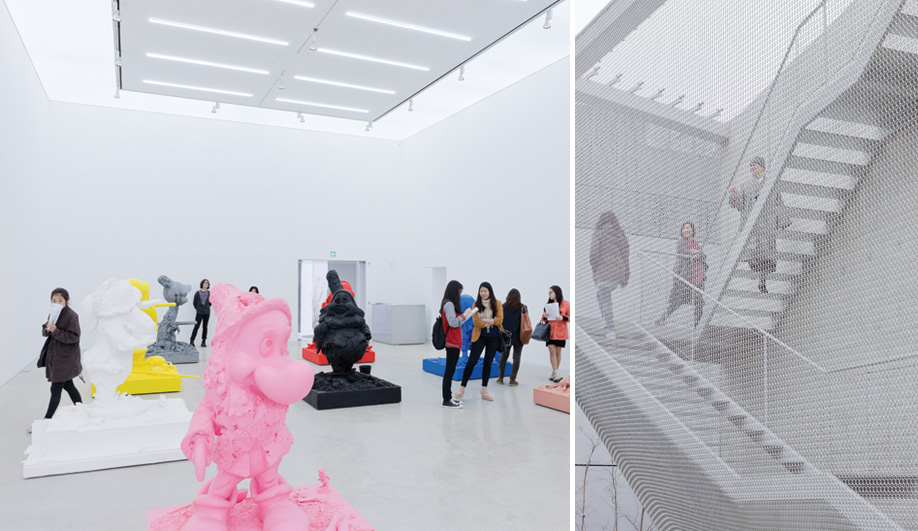 5. Kukje Gallery by SO-IL
To soften the blocky contours of this white cube gallery, SO-IL, of Brooklyn, New York, draped the structure in a veil of stainless steel chain mail. The screen gives the interior exhibition space a feeling of separation without isolating it from the neighbouring alleys. Photography by Iwan Baan 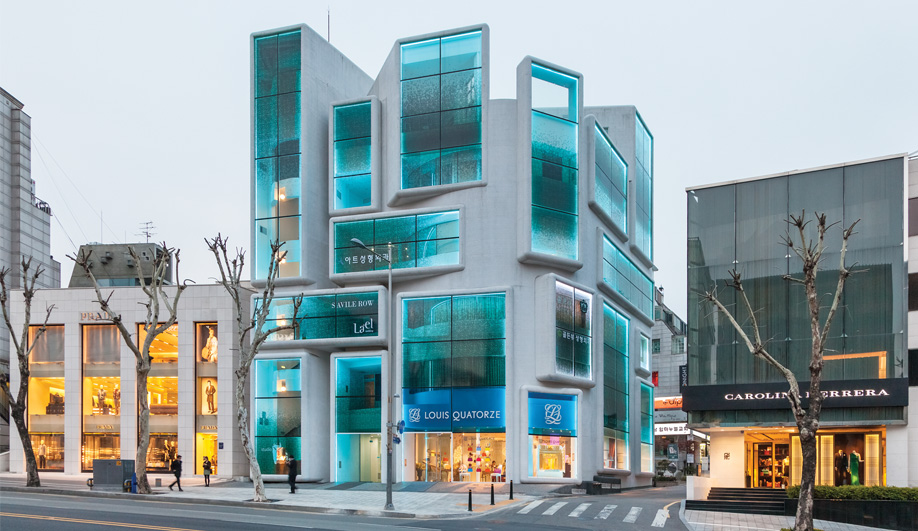 6. Chungha retail complex by MVRDV
Gangman Style, the rmost-watched YouTube video of all time, may have put the high-end shopping district that inspired it on the inter­national map, but Dutch firm MVRDV’s recent renovation of an ’80s building is giving the area added bling. The five-storey Chungha retail complex consists of boutiques defined by a chaotic stack of window frames outlined in LEDs. Up close, the white M&S ceramic tiles covering the exterior look like white Styrofoam. Photography by Kyungsub Shin
SHARE
Twitter, Facebook, LinkedIn, Pinterest, Email
TAGS
Commercial, Cultural, Retail,
We rely on advertising revenue to support the creative content on our site. Please consider whitelisting our site in your settings, or pausing your adblocker while stopping by.