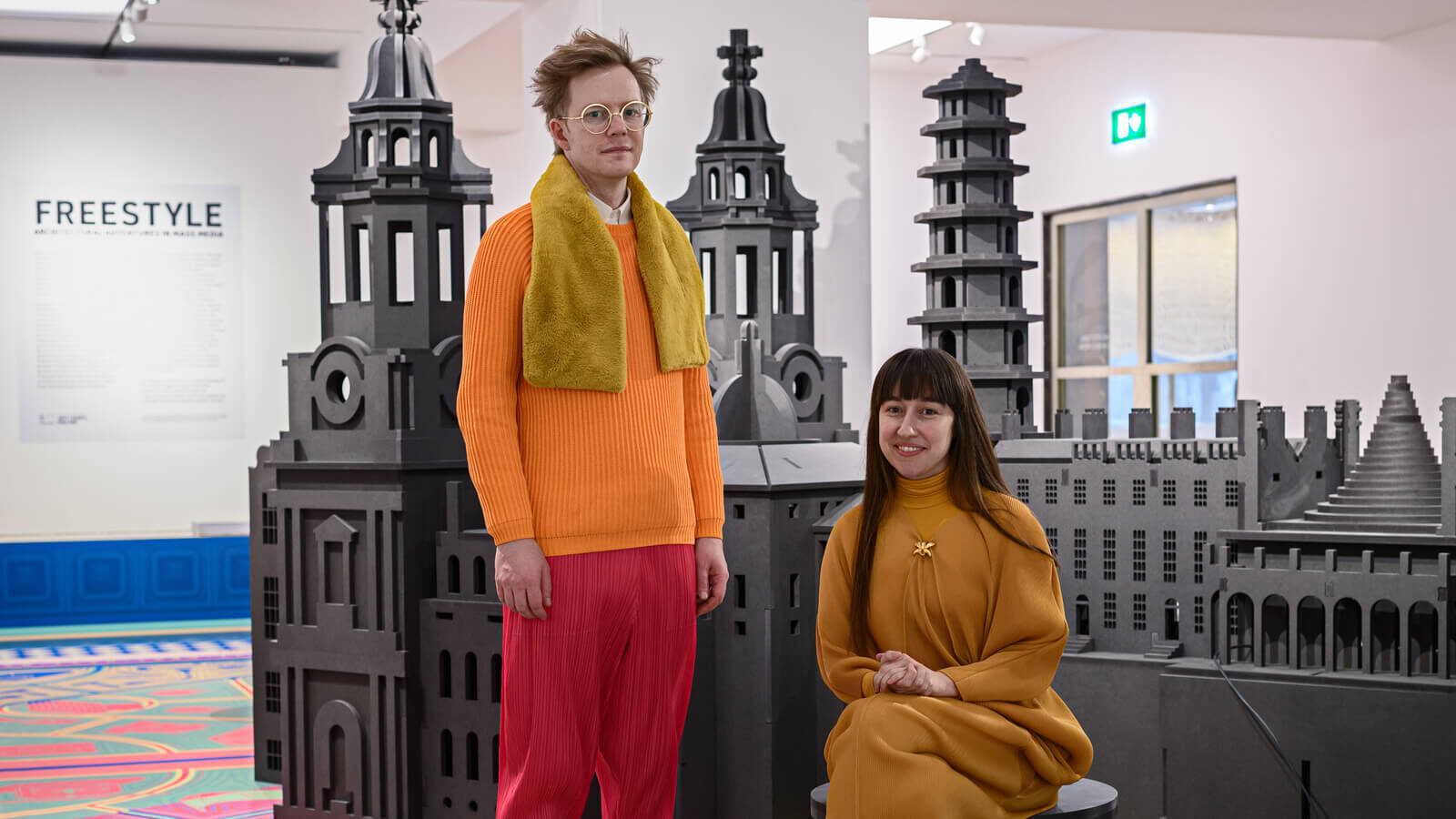 “For several years now,” explain Lara Lesmes and Fredrik Hellberg of Space Popular, “we’ve been thinking about the coming of the virtual and how one would make that part of the job of an architect.” The London-based pair respond to this impending future by imagining architecture for an augmented world. 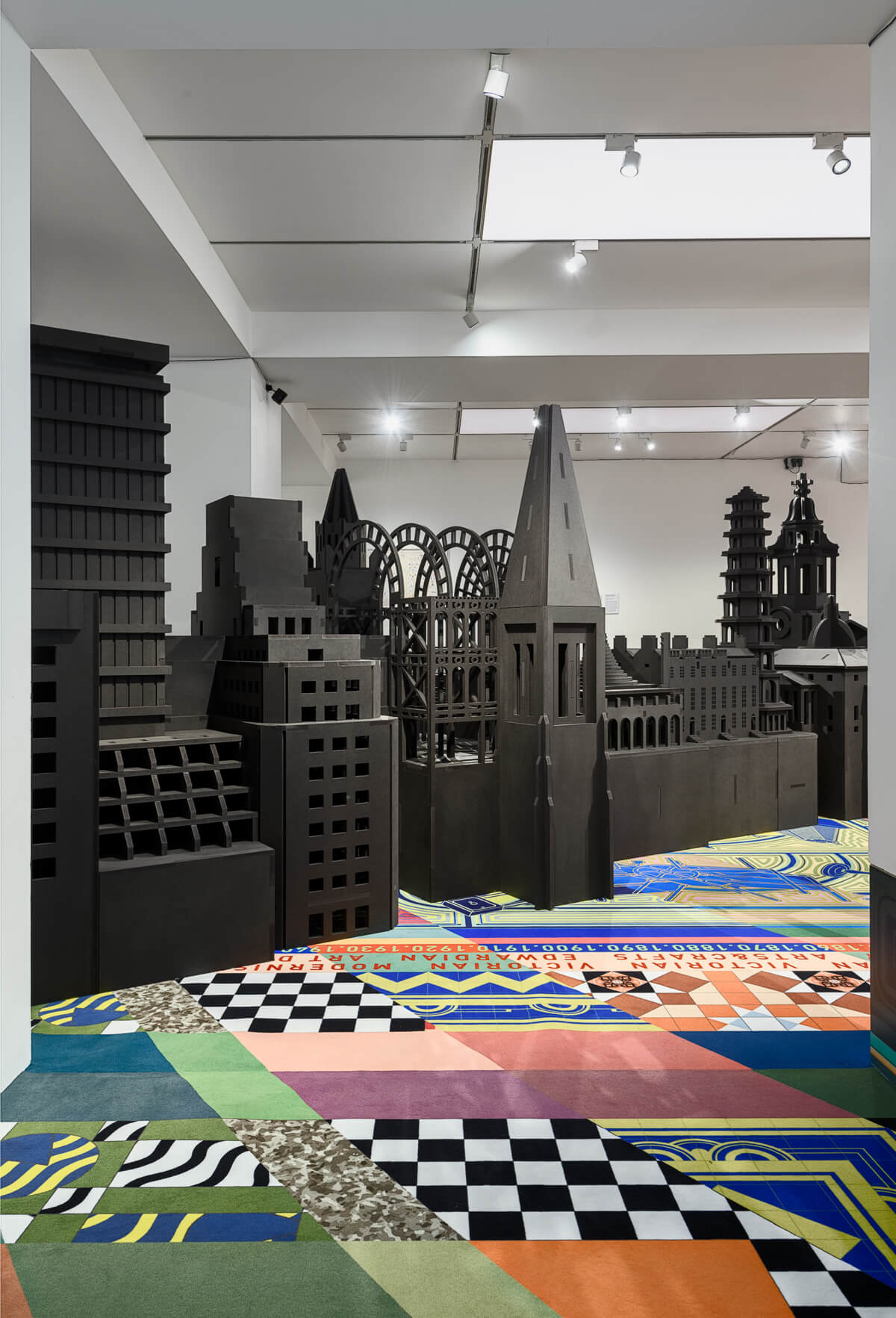 These ruminations have manifested across a number of installations and immersive online realms, from 2020’s “Freestyle” at the RIBA (a VR-enhanced historical study of the many links between mass media and British architecture) to a number of screen-based conferences (such as the all-digital version of the architecture festival Arquia/Próxima). As Lesmes notes, these works not only introduce visitors to emerging technologies but also facilitate discussion of where they might lead. 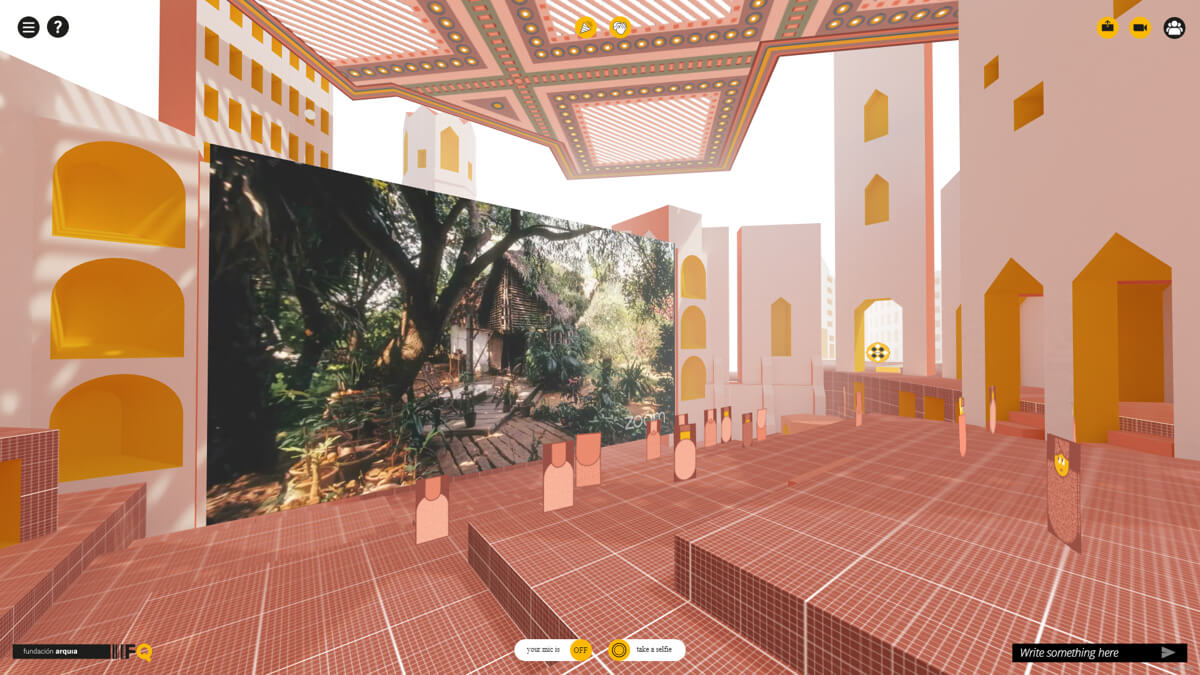 An entirely virtual world — replete with stepped platforms, avatars and screens — was made for Arquia/Próxima.

While they think “the digital world has already become a ‘real’ thing,” their approach to building IRL departs slightly from these speculations. “All our work is collaborative, and so much of a built project is collaboration,” Lesmes says. “We rely on the knowledge of the people that have hired us and the people that we work with.” Thus the duo is more interested in designing systems with formal and material coherences that empower use, rather than making dictatorial sculptural environments. 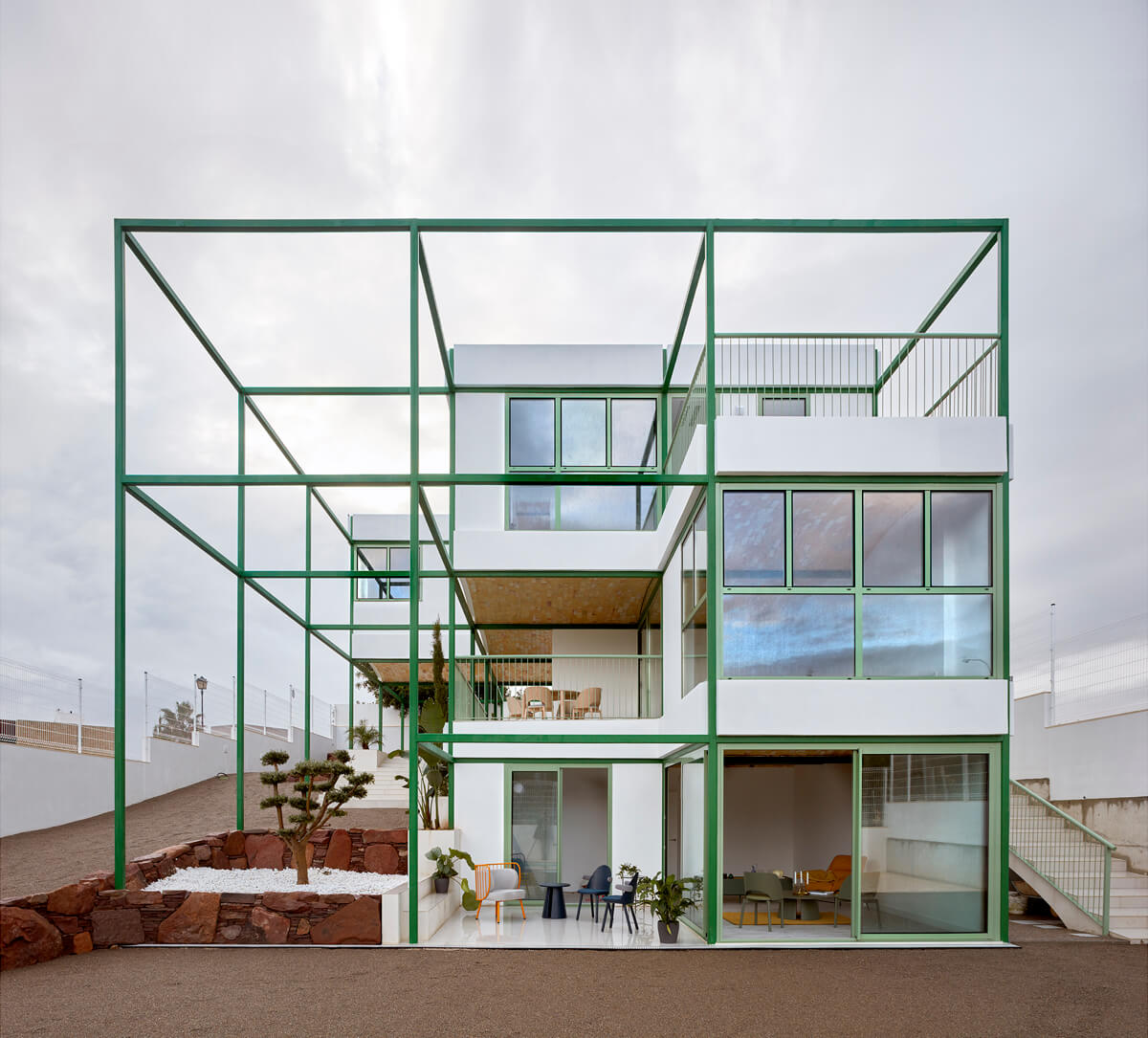 Completed in 2019, the Brick Vault House is a prototype for a new suburb of Valencia. PHOTO: Mariela Apollonio

For instance, the Brick Vault House in Santa Barbara, Spain, is a 235-square-metre formal play of spaces defined by brick arches and a green metal grid. “The house was not built for the person who is going to live there,” Lesmes says, “but as a sort of prototype to create more houses. It’s literally an idea for a construction system.” 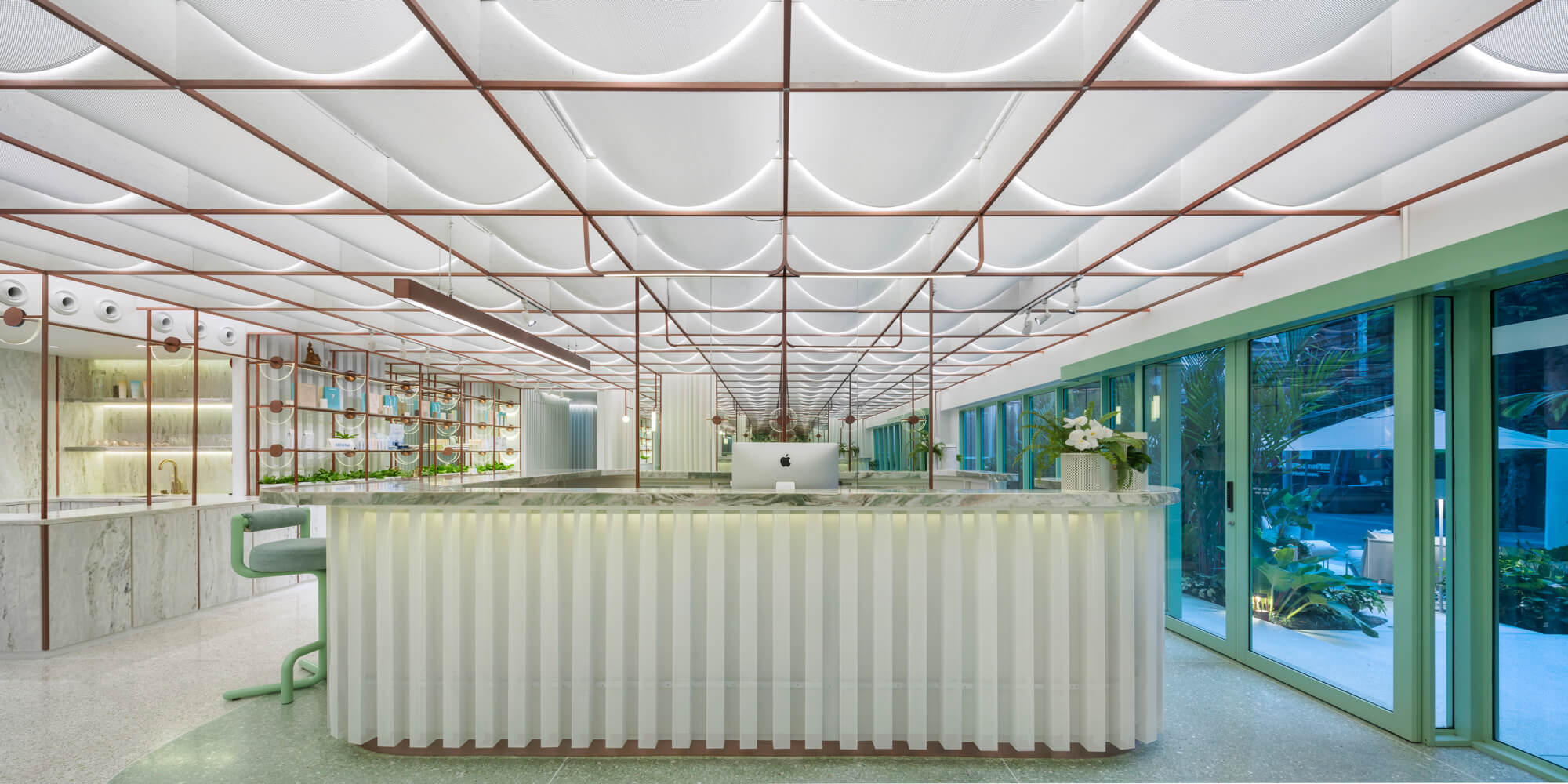 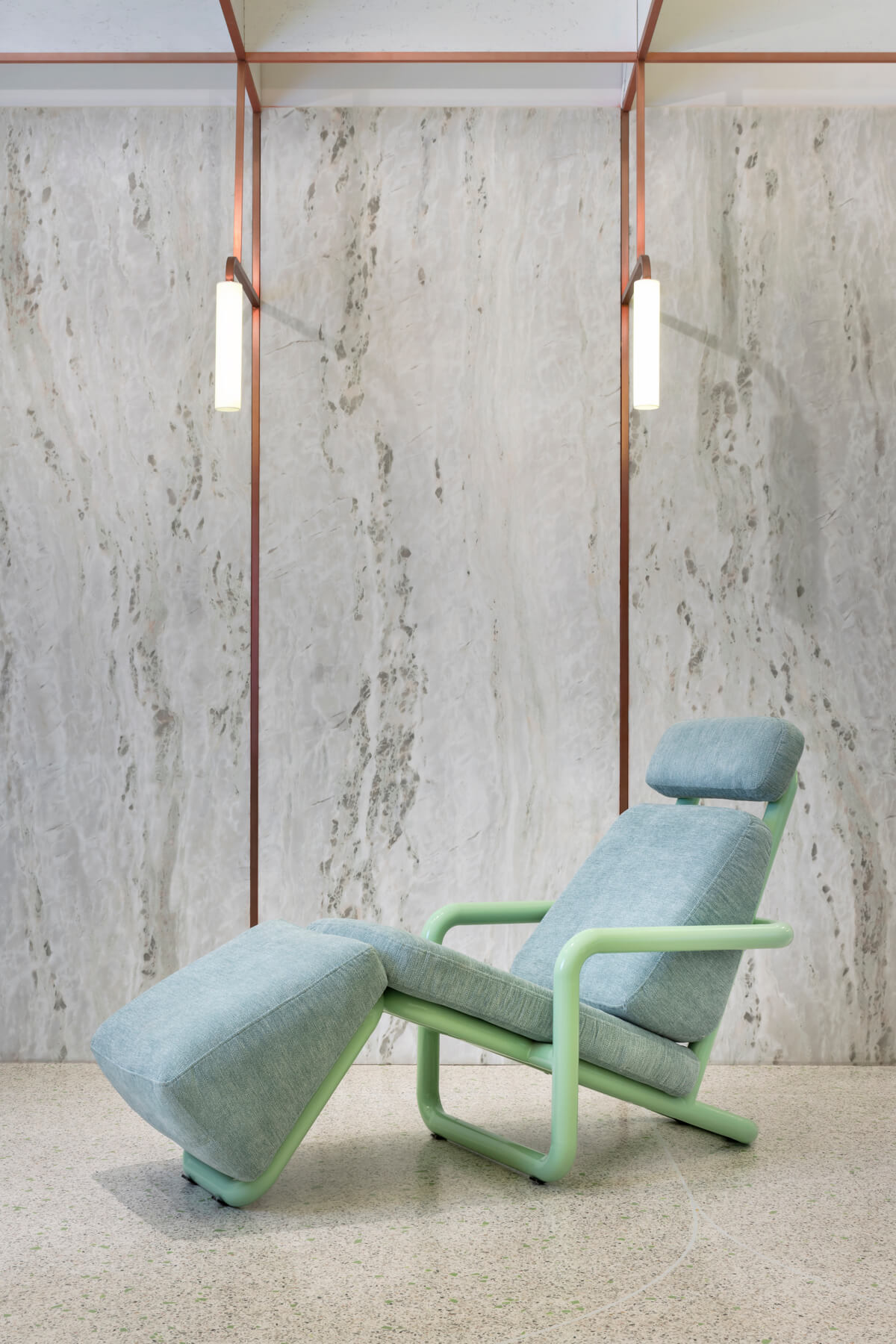 This systems-oriented mentality is evident across their completed projects, including the recently opened Infinity Wellbeing day spa in Bangkok. Space Popular developed every detail, down to the furnishings. True to form, the interior — configurations of terrazzo, lighting grids and mint-green-finished metals — subtly reveals its organizing logic. “We want to make sure that our work delivers a basic spatial experience without overwhelming the potential,” says Lesmes. “We always say that architecture is peripheral. The centre stage is what happens within the architecture.”