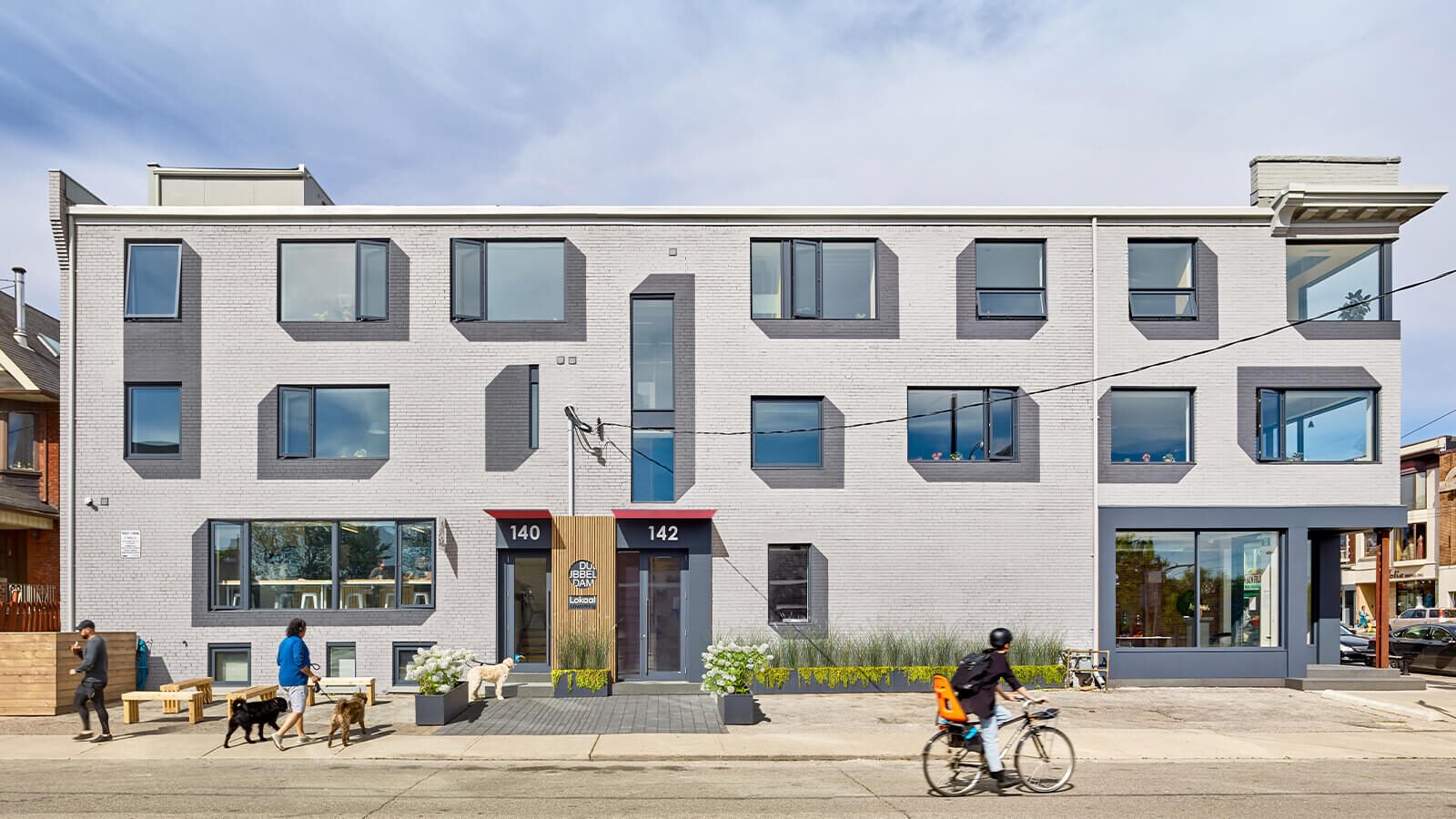 The playful paint effect takes the Toronto building from drab to dramatic.

To many passersby, the rundown three-storey building on a corner of a recently on-the-rise-again Toronto neighbourhood at best didn’t warrant a second glance. At worst, it was considered an eyesore. Neglected for more than a decade, the century-old structure had languished into a state of disrepair, its exterior an unattractive patchwork of dingy and mismatched brick, delaminated pebble-embedded stucco and small, arbitrarily positioned windows.

But local architect Heather Dubbeldam often sees potential in the derelict — not just with the physical attributes, but in the positive influence a building can have on its surroundings. “I strongly believe well-designed architecture can catalyze change and impact a neighbourhood,” she says. 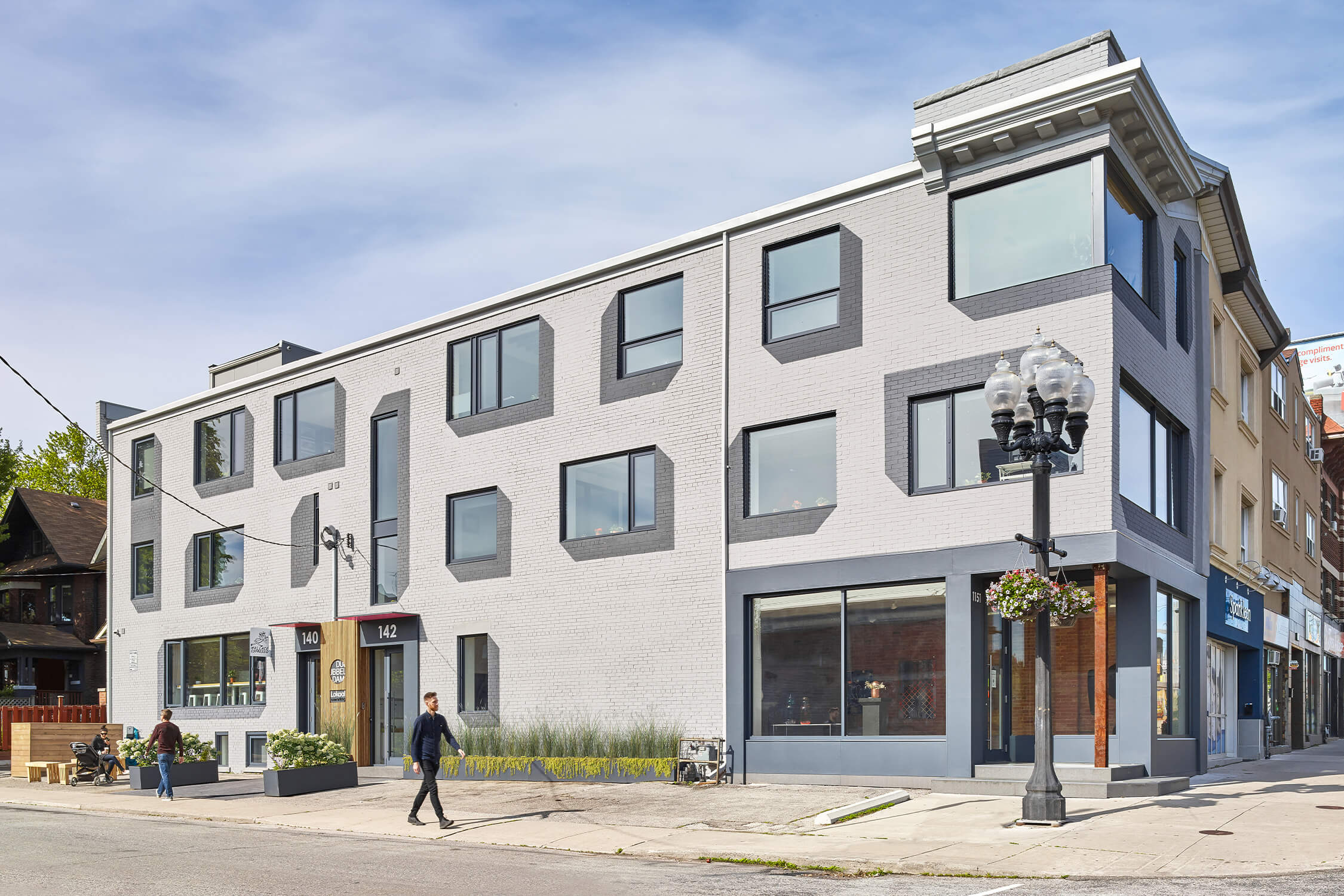 After purchasing the building as the new home for her own practice, she and her team set about transforming it from the outside in, adhering to the firm’s sustainability mandate to always recycle and re-use before demolishing and replacing.

To make a more inviting impression, first to be addressed was the fenestration: Bricks were removed to expand the openings — some were joined together, others were widened and all were replaced by a mix of operable casement- and awning-style Schüco models from local retailer Bigfoot Door. (In this instance, new was necessary to shore up insulation and meet modern-day standards.) 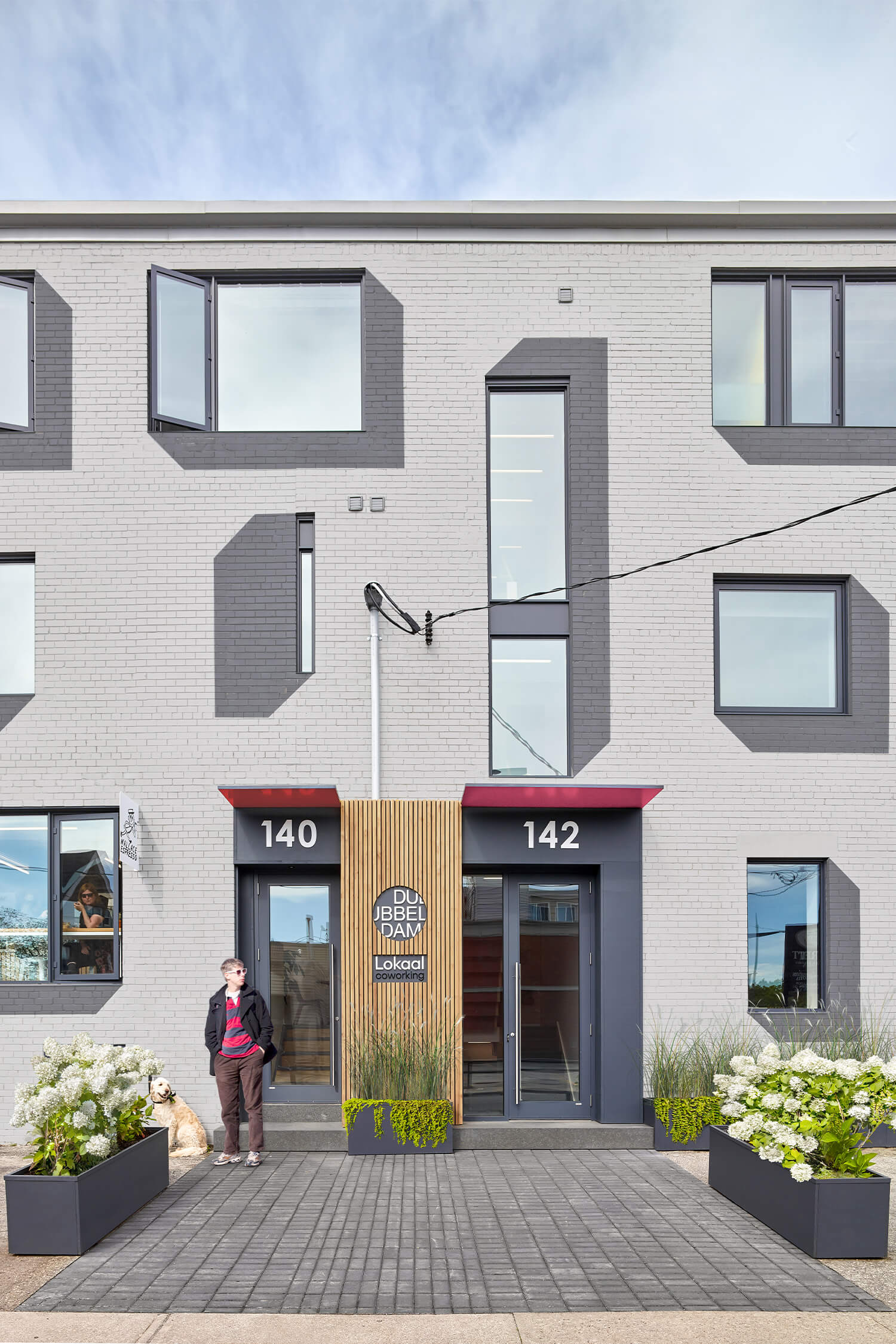 Whereas regular exterior paint would eventually bubble and peel due to trapped moisture and heat, a custom-tinted mineral stain creates a permeable film that enables airflow. Red awnings and slatted wood signage add contrast to the blue-grey brick.

“The goal was to create a natural ventilation effect,” says Dubbeldam of the placement and orientation of the windows. Coupled with the newly opened-up roof (a shared terrace for occupants), they create stack-effect ventilation: When the street-level door is propped open, fresh air blows from the ground floor through to all levels, limiting the need for AC in the summer. Increasing the overall window area by 60 per cent, the larger openings also provide ample sunlight to the interiors.

When it came to the dilapidated brick facade, a light yet considered touch was employed. “We wanted to celebrate the heritage of brick and also do something playful,” Dubbeldam says. Inspired by a recent (pre-pandemic) team trip through Scandinavia, she chose a moody blue-grey. 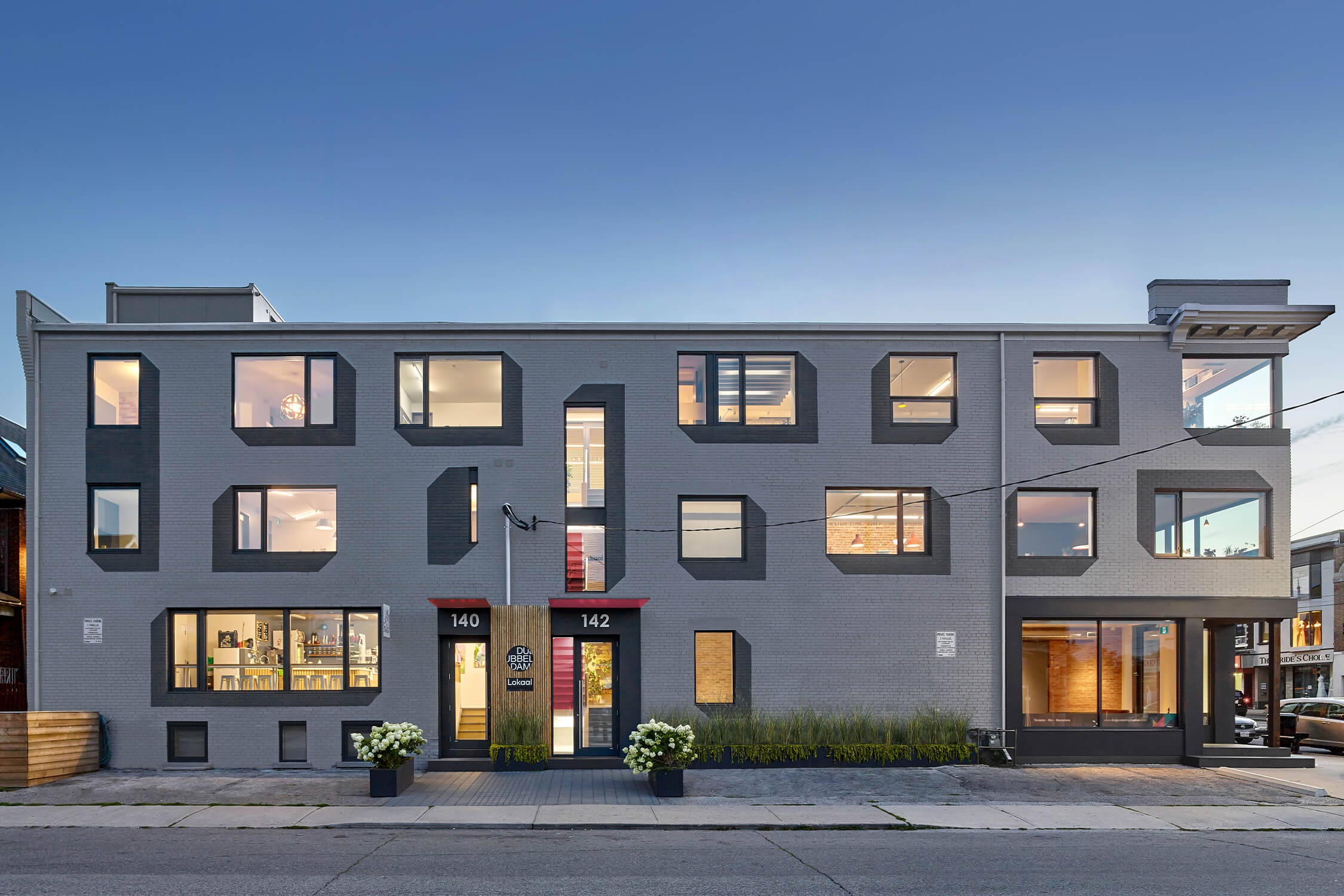 “Brick needs to breathe from the inside out, so we couldn’t use regular paint,” says Dubbeldam. Instead, a permeable mineral-based stain from PermaTint was chosen and custom-coloured through a “painstaking” process to find the perfect hue.

A trompe l’oeil of drop shadows falling in different directions adds a unique characteristic, an effect that further contributes to Dubbeldam’s intentions: to establish a “landmark that people recognize and reference when talking about the neighbourhood” and to prove that urban renewal is achievable when considered gestures contribute to the mix.

The playful paint effect takes the Toronto building from drab to dramatic.