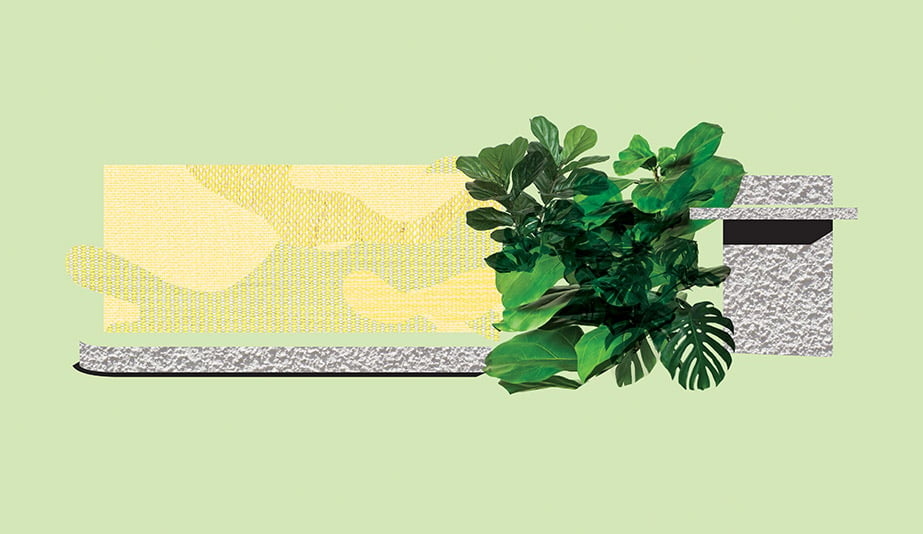 Every January, more than a hundred thousand visitors head to IMM Cologne, in Germany, to discover the trends, themes and talents set to influence the coming year. Since 2012, a feature attraction at the show has been Das Haus – Interiors on Stage, a venue that gives invited designers an opportunity to explore ideas of what the future of living will look like. 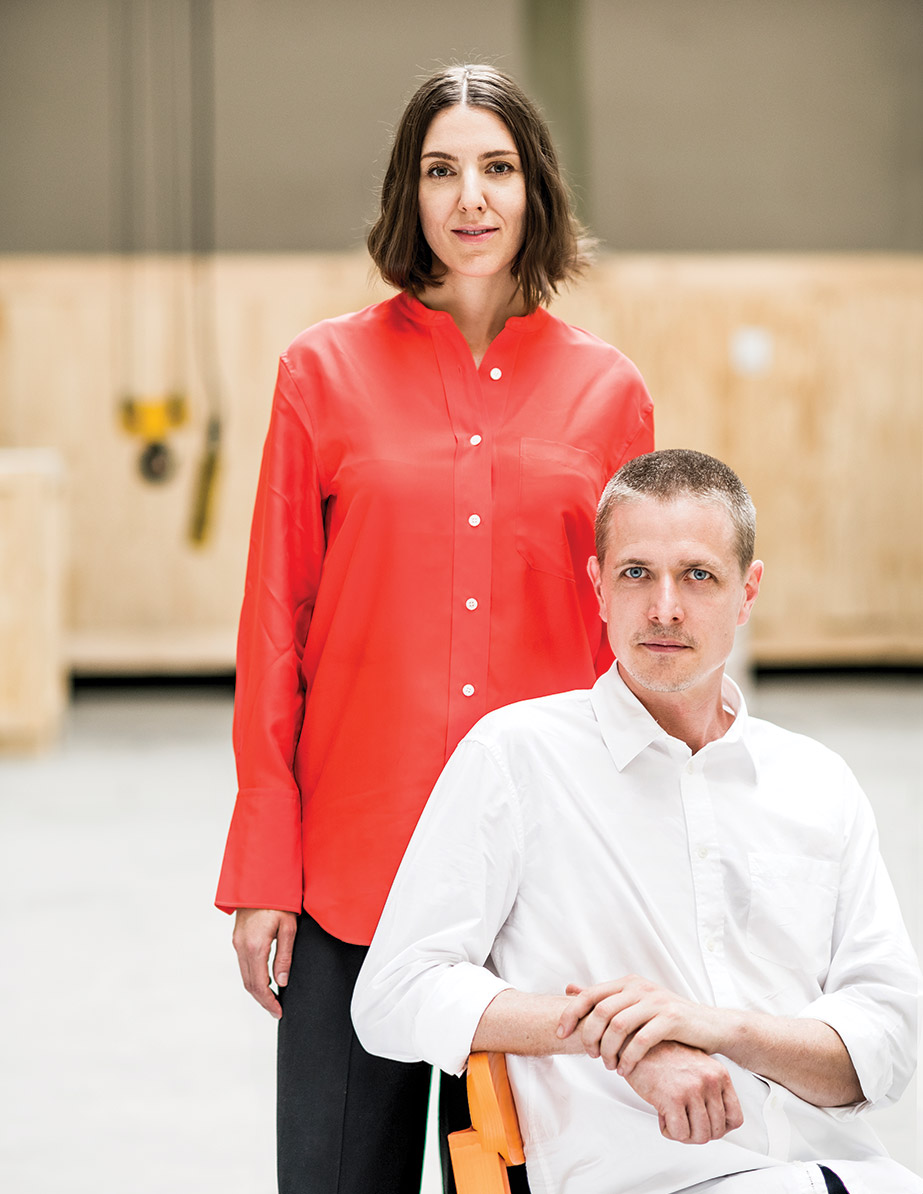 This year, that challenge went to Studio Truly Truly. Founded in Rotterdam in 2014 by Australians Joel and Kate Booy, the multidisciplinary firm is fast becoming known for work that treads the line between art and industry. It considers its approach to design to be in line with that of researchers. “In our designs, we often start with a material or a material property without knowing exactly where or to what form it will ultimately take us,” says Joel Booy. “For us, Das Haus is a place where we can pose questions surrounding the topics of domestic living.” 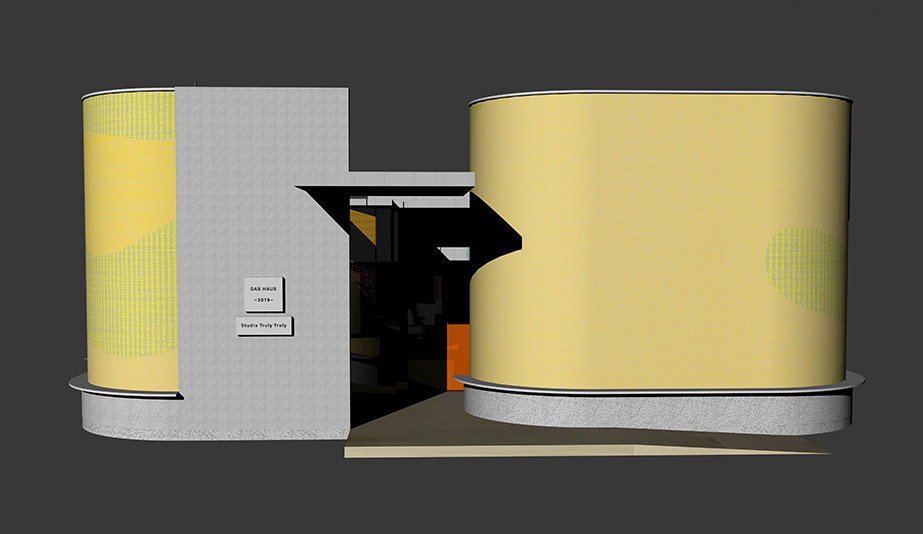 Studio Truly Truly has dubbed its installation “Living by Moods” with the aim of presenting an ambiguous interpretation of domestic culture. Responsible for every aspect of the approximately 180-square-metre full-scale simulation (which will be found in the middle of the Pure Editions area of Hall 3.1), the duo will apply a sensual use of details – textures, textiles and colours – and a fluid arrangement of “rooms” to create an emotive space that challenges the conventions of a home’s function. “The rooms are not set in stone in terms of their boundaries or their functions,” says Booy. 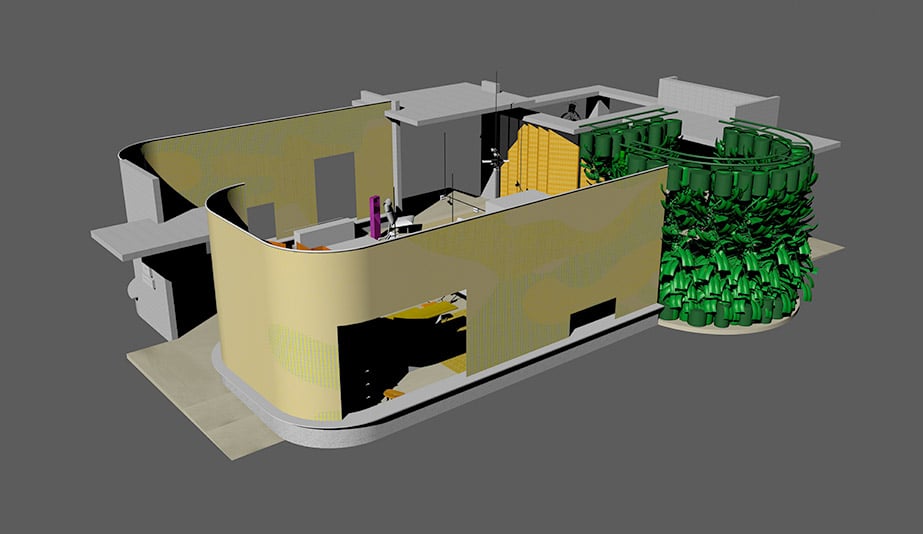 This enigmatic program starts on the outside, with a fluid and sweeping shell made from textiles and an apse-like wall of plants – the warm, sunny yellow camouflage-like fabric and lush greenery hinting at the organic concept to be found inside. Passing through the threshold, visitors will discover a free-flowing barrier-free interior that challenges the notion of how we live in the spaces we occupy. “Das Haus provides a framework for interpretation,” says Kate Booy. “When entering the space, visitors might consider how it could be used in different ways – depending on the mood they’re in and what they want to do.” 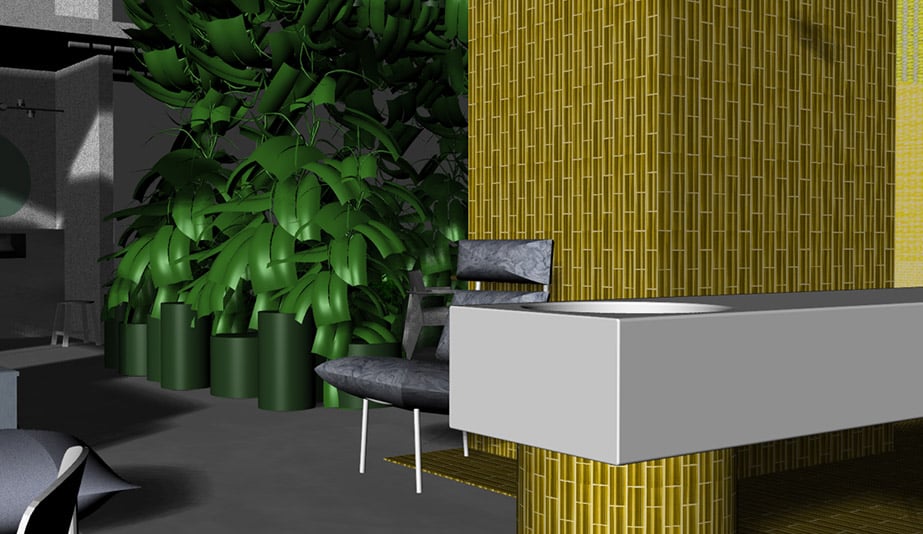 The pair divided their house into four zones influenced by emotion rather than function – Reclusive, Serene, Active and Reclining – and eschewed any formal designation for how those spaces should be used, instead leaving it up to the occupant to decide. Studio Truly Truly’s concept is also one that reflects the present as much as it looks to the future. “We’re also interested in providing a space to slow down – as a kind of counter-balance to the fast pace of life and external pressures that exist outside the home,” says Joel Booy.