The World’s Most Cutting-Edge Sportswear
Smarter.Faster.Tougher. - an exhibition staged by the Design Exchange just in time for the Pan Am / Parapan Am Games - showcases some of the world’s most technologically advanced athletic gear. 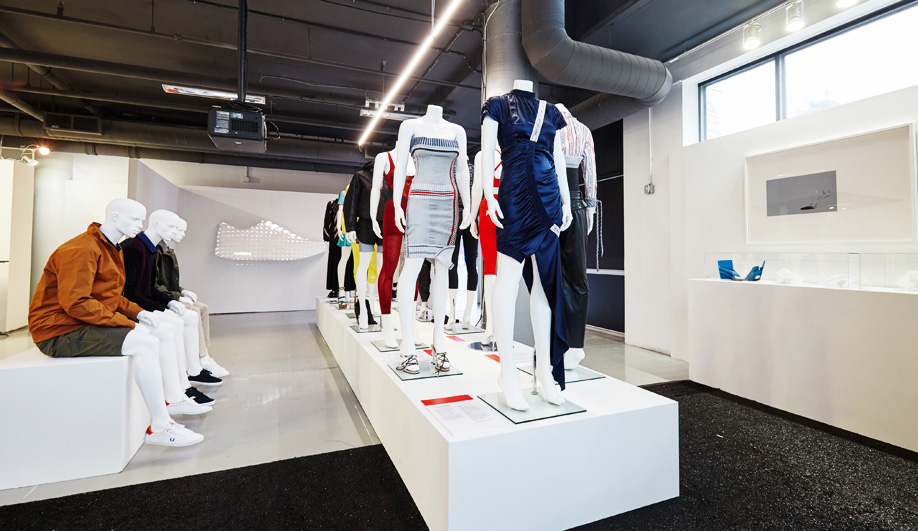 From a skin-tight, all-in-one luge suit and shark-repellant wetsuit to camouflage Canada Goose parkas, Smarter.Faster.Tougher gives visitors a rare chance to see close-up the science that goes into making high-performance sports clothing. This Design Exchange exhibit takes place in Toronto’s Distillery District, close to the Pan Am Village. And its setting is more than apt. It features dozens of sport types – golf, scuba diving, running, soccer, skiing and more – and examines some of the most cutting-edge concepts in outfitting athletes and everyday people tearing through the urban jungle. In the future, we may be seeing shirts embedded with apps to enhance physical performance and stilettos that are way more comfortable.

For years now, sports brands have had incredible success breaking into the high-fashion market; hybrid label Y-3, for instance, is an ongoing collaboration between Adidas and Japanese fashion designer Yohji Yamamoto. The cross-pollination has helped transform sportswear into mainstay urban style. Part of Smarter.Faster.Tougher is devoted to showcasing designs by Alexander Wang and Fred Perry and other big names that have developed their own lines of activewear.

Some of the more intriguing concepts on display are still in their embryonic stage. The Royal College of Art in London is developing something called the Bruise Suit, intended for paraplegic athletes who may not have enough sensation in parts of their body to know they have been injured. When they wear the bruise suit, a layer of pressure-sensitive film detects the injury and a panel of the film changes colour.

The show, which opened earlier this week was curated by Marie O’Mahony, a professor of textiles and technology at the Ontario College of Art and Design University, and a leading expert in textiles and technology. O’Mahony is also working on a feature story for Azure’s October issue, on state-of-the-art footwear.

Here are some of the highlights of the Smarter.Faster.Tougher exhibit: 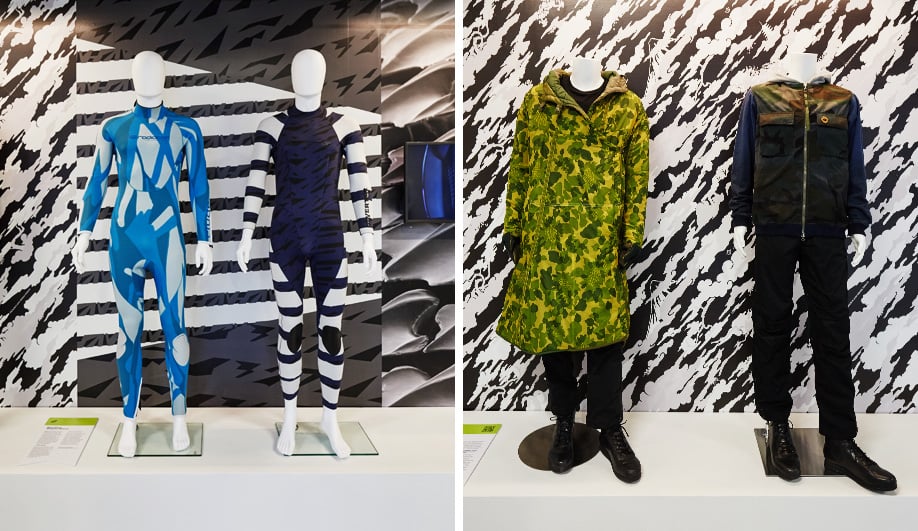 1 Better wetsuits and camo
The Elude wetsuit (far left), developed by Shark Attack Mitigation Systems, uses a disruptive pattern that makes it difficult for a shark to see the wearer in the water. The Diverter surf wetsuit (left) deters sharks with its stripes. The pattern is based on striped pilot fish that live alongside sharks. Because sharks sees only in black and white, any contrasting shades, shapes, and dimensions make the wearer an undesirable food option. The camouflage parka and hood vest (right), by Maharishi, are made from upcycled military gear. 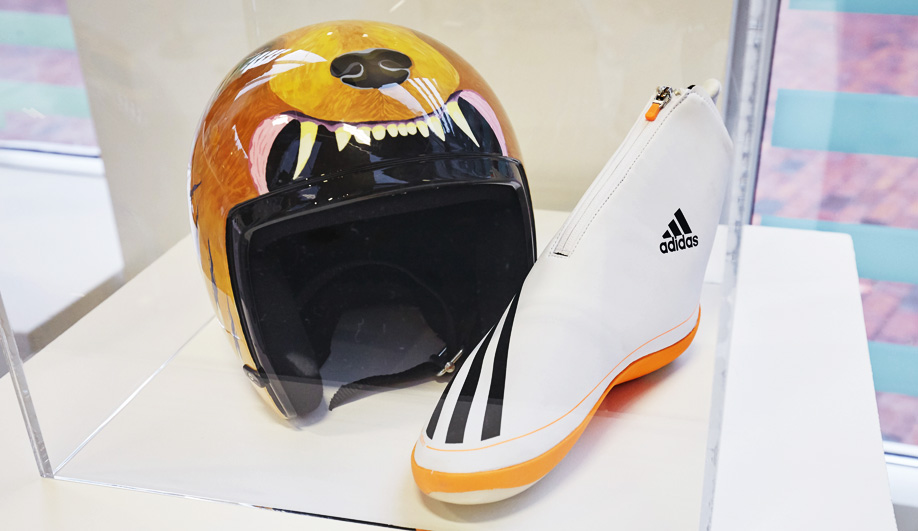 2 Award-winner’s helmet
Canadian lugist Sam Edney wore the Be Fierce Helmet at the Viessmann World Cup luge event, held in Calgary, Alberta, in 2014. And he won his first world cup victory doing so. It was designed by Richard Flamenco and Kelly Fraser. 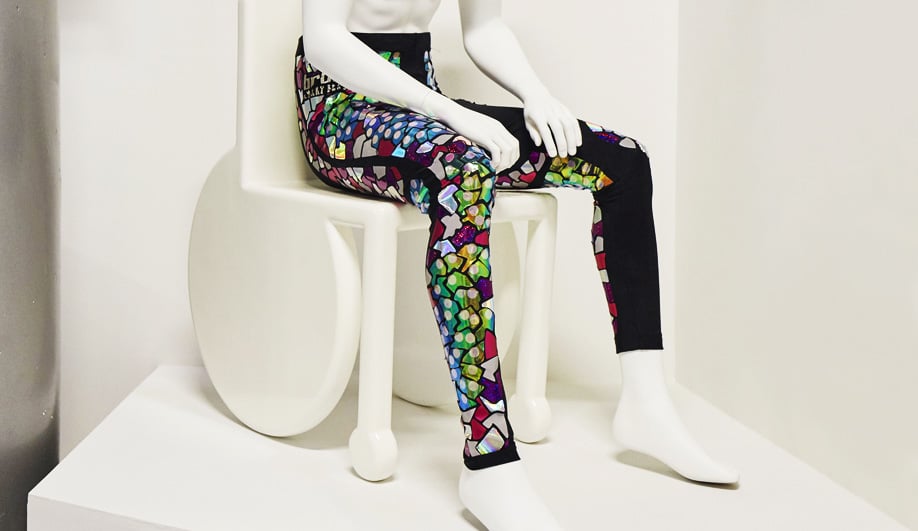 3 A wetsuit for paraplegics
The Bruise Suit, in development by the Royal College of Art in London, is specifically for paraplegic athletes with little or no sensation. It uses a pressure-sensitive film to indicate injuries; if a part of the body is excessively stressed, the film changes colour. 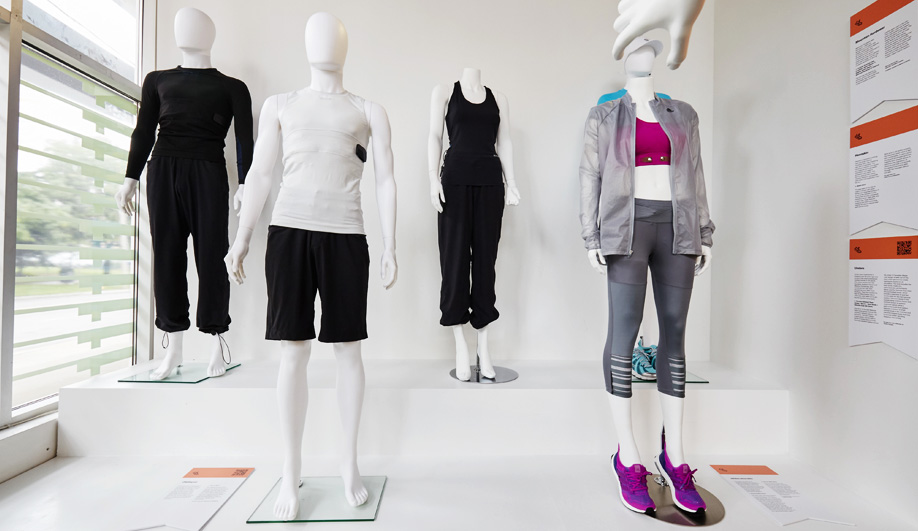 4 App-enabled workout clothes
The OMSignal Smart Shirt interprets body signals to get the most out of exercise using an app. Its compression fabric enhances blood circulation and its thread pattern helps improve movement and breathability. 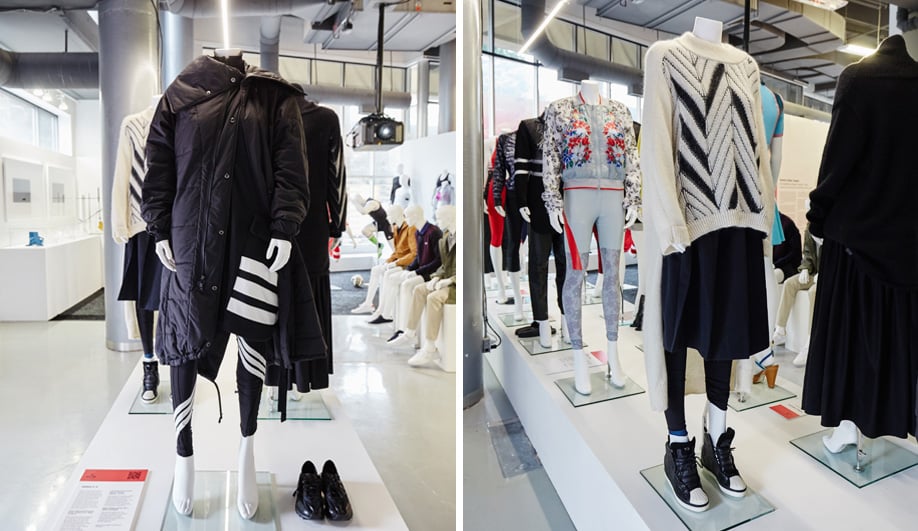 5 Fashion meets sports
Y-3 is a collaboration between Adidas and Japanese fashion designer Yohji Yamamoto. This sweater, from its 2015-16 fall/winter collection, is knitted with a variation on Adidas’s three-stripe logo. 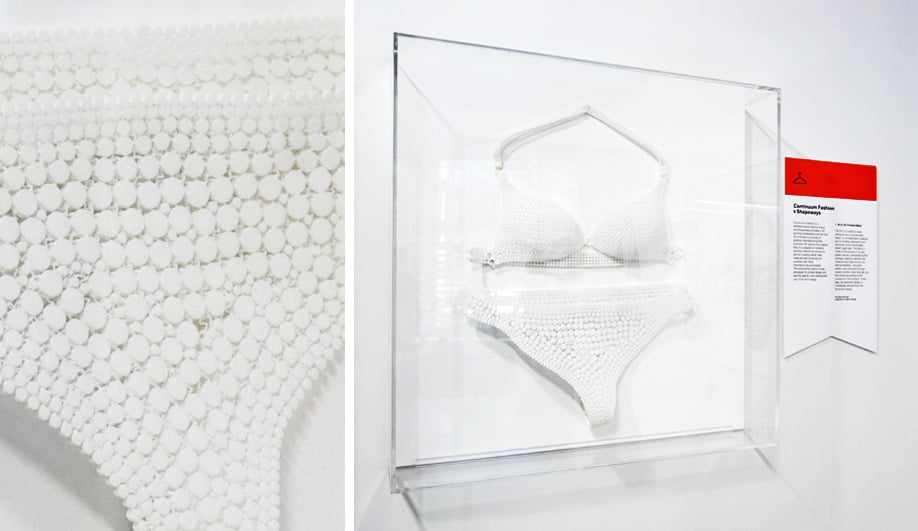 6 3-D printed bikini
This 3-D printed ready-to-wear swimsuit, called Nylon 12, is made of thousands of circular plates connected by springs for a wholly new flexible and comfortable material. It was created by New York software-based fashion brand Continuum Fashion and Shapeways design lab. 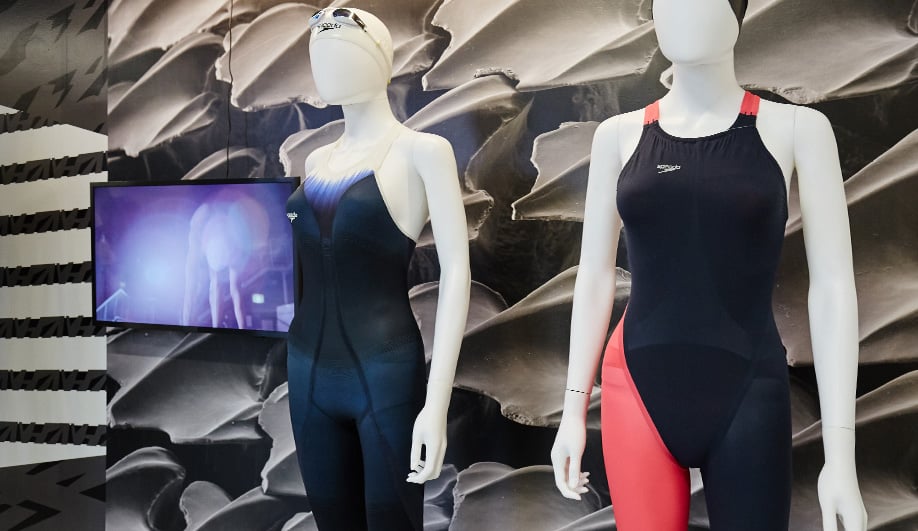 7 High-performance swimsuits
Speedo’s Fastskin swimwear, inspired by shark skin, is designed to reduce drag. It was first introduced to competitive swimming during the 2008 Olympics in Sydney, Australia, and has since undergone several redesigns. The most recent developments feature increased compression and drag resistance, and water repellency. 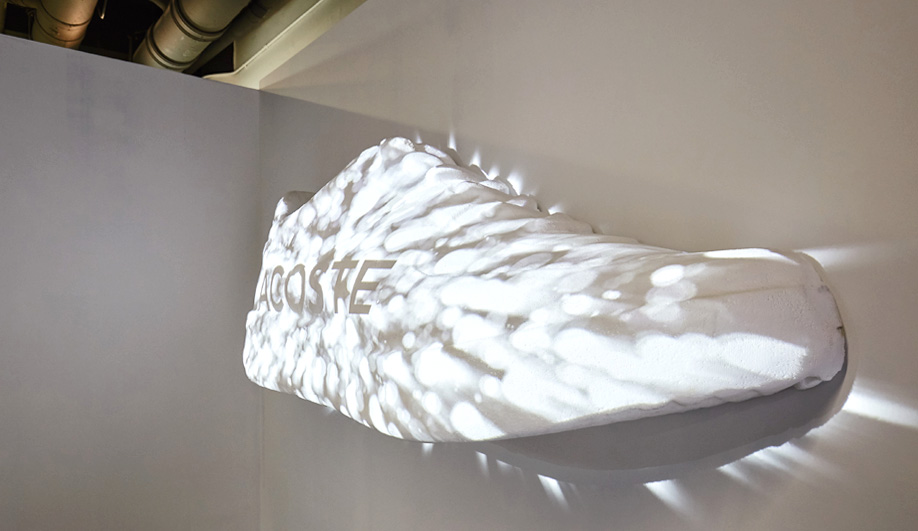 8 Sneaker lust
Holition, a U.K. digital creative studio specializing in emerging technologies, teamed up with Lacoste to celebrate the revival of the iconic Eclair sneaker LS12. The studio created a supersized 3-D version of the LS12 shoe and brought it to life through projected images.