Massive Sculptures Rise from the Landscape at Tippet Rise
The Tippet Rise arts centre in Montana boasts a constellation of land-based sculptures on a scale like no other. 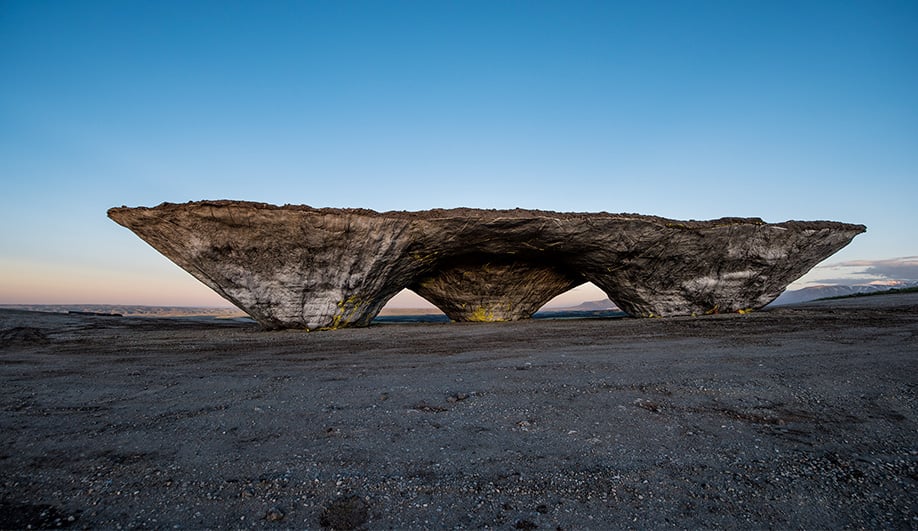 To create Domo, Spanish studio Ensamble filled cavities in a mound of soil with a reinforced concrete-based mixture. 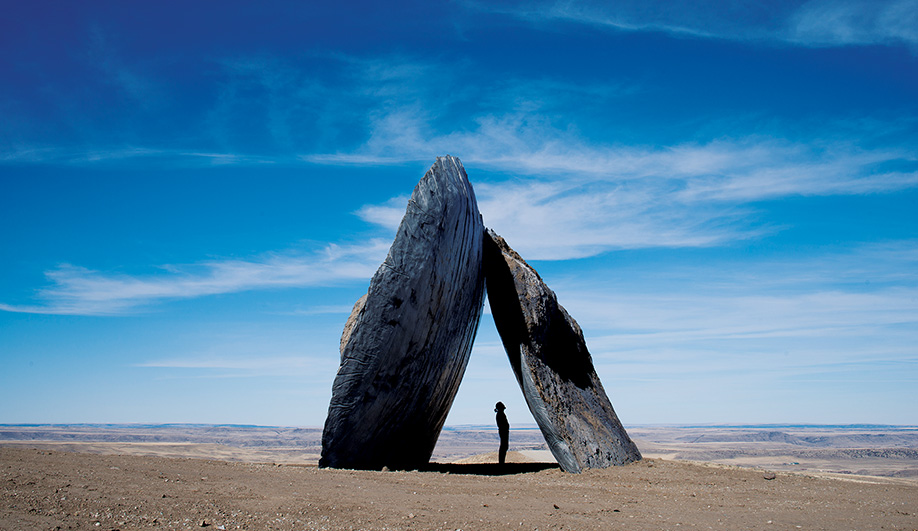 The slabs of Inverted Portal, seemingly the result of geological forces, were meticulously shaped and positioned on-site.

The Tippet Rise arts centre in Montana boasts a constellation of land-based sculptures on a scale like no other.

You won’t get to Tippet Rise by accident. The arts centre occupies 4,700 hectares of ranch land in Fishtail, Montana, a few hours’ drive north of Yellowstone National Park, and eight from the closest major airport, in Salt Lake City. Here, mountains and meadows roll under the edge of a gargantuan sky, an ideal setting to bring together music, sculpture and vistas.

With the idea that the locale was “too vast and timeless for conventional structures or art forms,” Tippet Rise’s founders, philanthropists Cathy and Peter Halstead, brought in Spanish architects Ensamble Studio to help bring their dream to life. Principals Antón García-Abril and Débora Mesa responded with a series of 11 planned interventions to complete the landscape, three of which were completed before the centre’s June opening.

“We presented scattered structures rather than a conglomeration – a master plan that resembles a constellation,” says García-Abril. Domo, a 30-metre-long inverted mountain range, was “cast in place in a mound of soil,” Mesa explains. “It was more like an archaeological discovery, cutting away its form.” Beartooth Portal and Inverted Portal, meanwhile, rise like eight-metre fragments of the earth’s crust, upended to form shells, each with one surface that seems worn smooth over centuries, and the other more rough. García-Abril described the rocky medium used to make the structures as a mixture of earth, pigments and cement supported by an embedded steel framework. “I don’t know what to call it. It’s not concrete; it’s not stone. It’s just matter.”

With distances up to 1.6 kilometres separating the artworks, the pieces are scaled to speak from afar. But they also have a powerful effect up close, where they become an intimate space of complete exposure and solitude at once. And while the constellation is not yet complete, don’t expect the gaps to fill in. “There’s a lot of distance between, but it’s not about isolating them,” says García-Abril. “It’s all about creating perfect connections.” ensamble.info, tippetrise.org