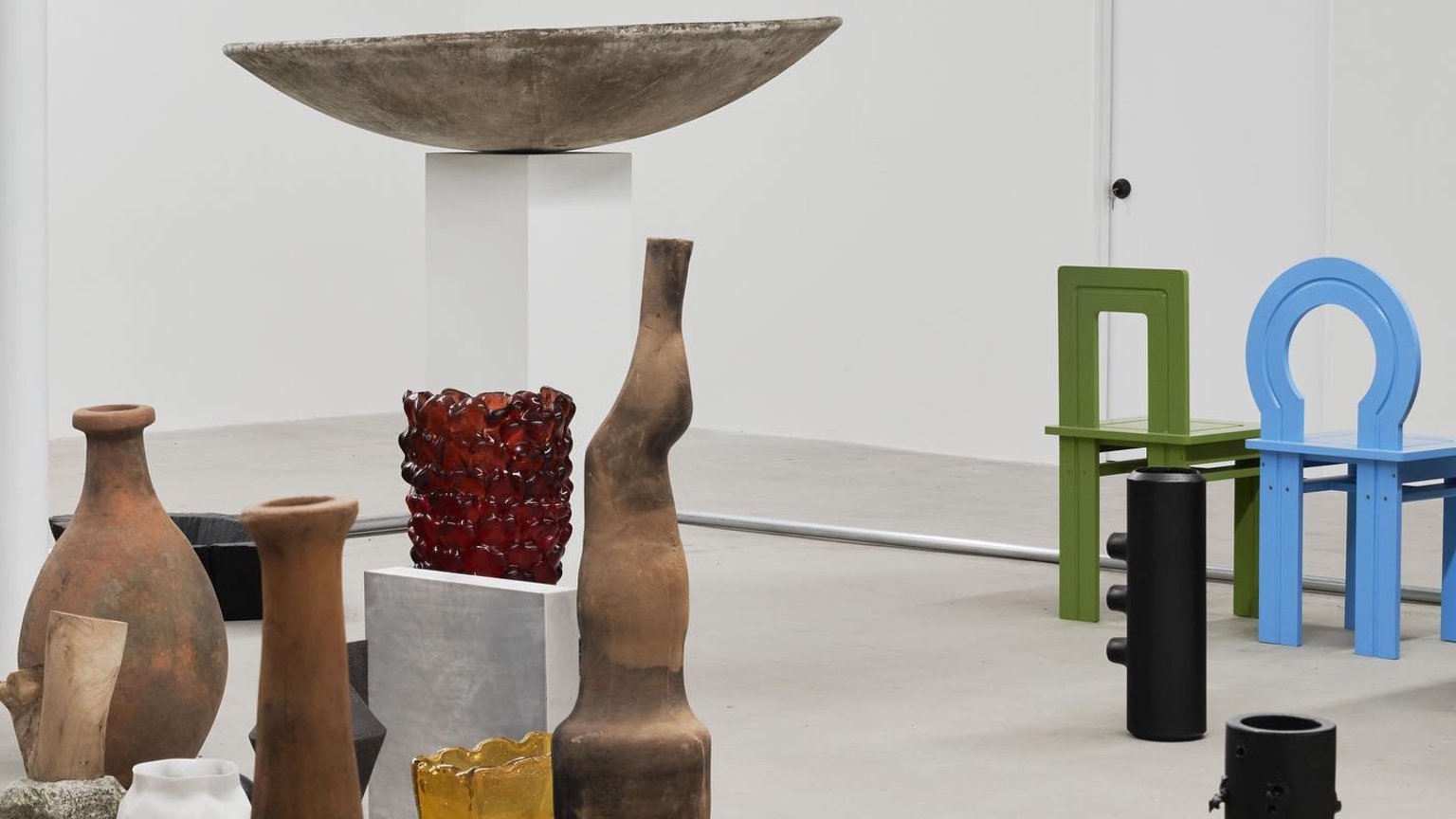 Vessels and Lamps That Stand Out From the Crowd

The design industry thrives on the premise that there are endless ways to imagine any one object. Granted, the idea of introducing yet another interpretation of a chair — or a lamp, or a vase — can often pose a significant challenge. With so many people having already addressed the same problem, how can a designer ensure that their solution merits a place among the crowd? On the other hand, the wide variety of existing offerings can also be inspiring — a testament to even further possibilities.

This is the takeaway from two recent group shows dedicated to collectible design: Vessels, held at Hollywood’s Sized.Studio during Frieze Los Angeles, and the 2022 edition of Head Hi’s Annual Lamp Show, on display in New York until March 26th. Both exhibitions present an array of functionally similar objects in close proximity — and manage to make the objects’ differences feel all the more pronounced. 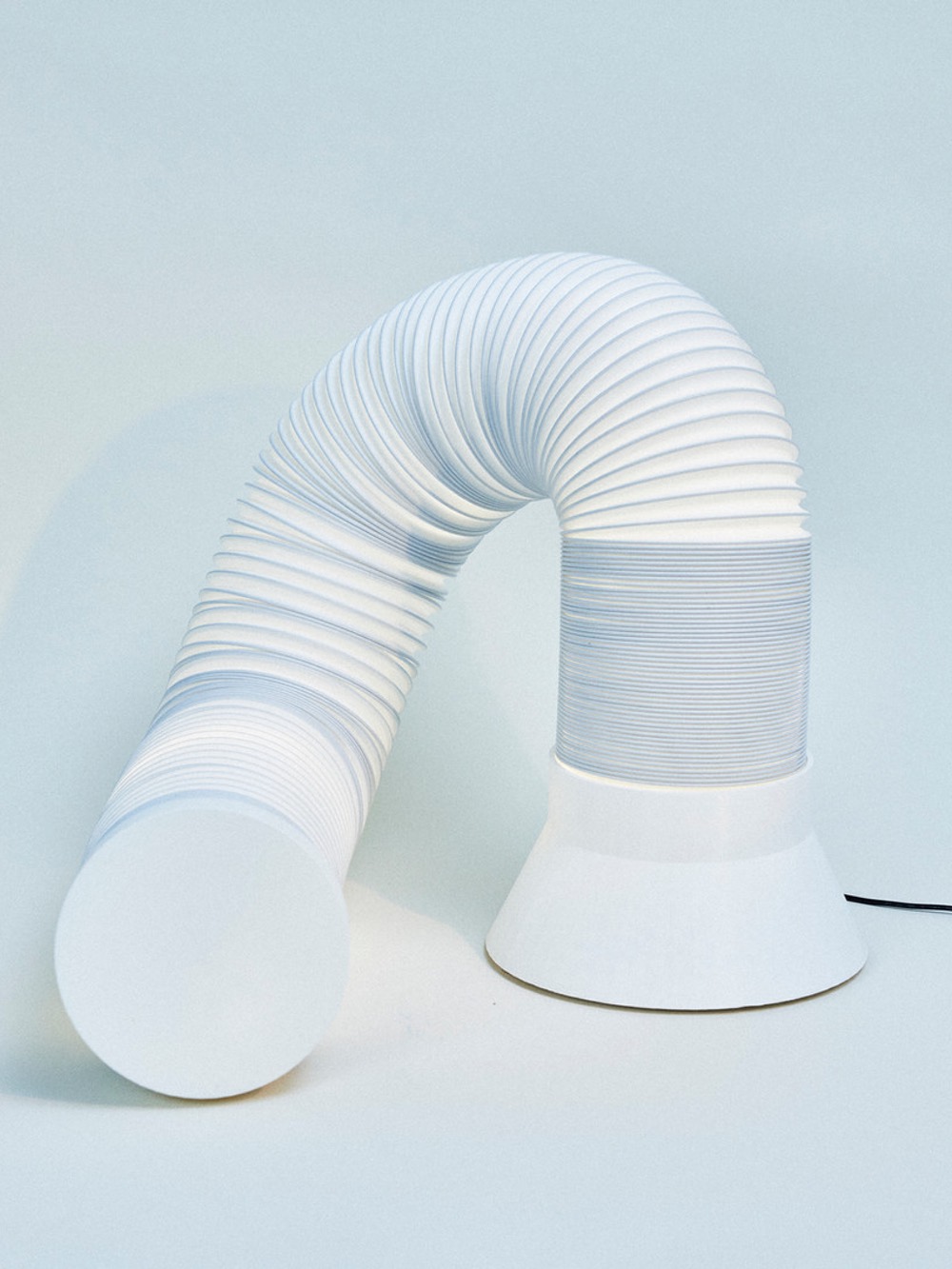 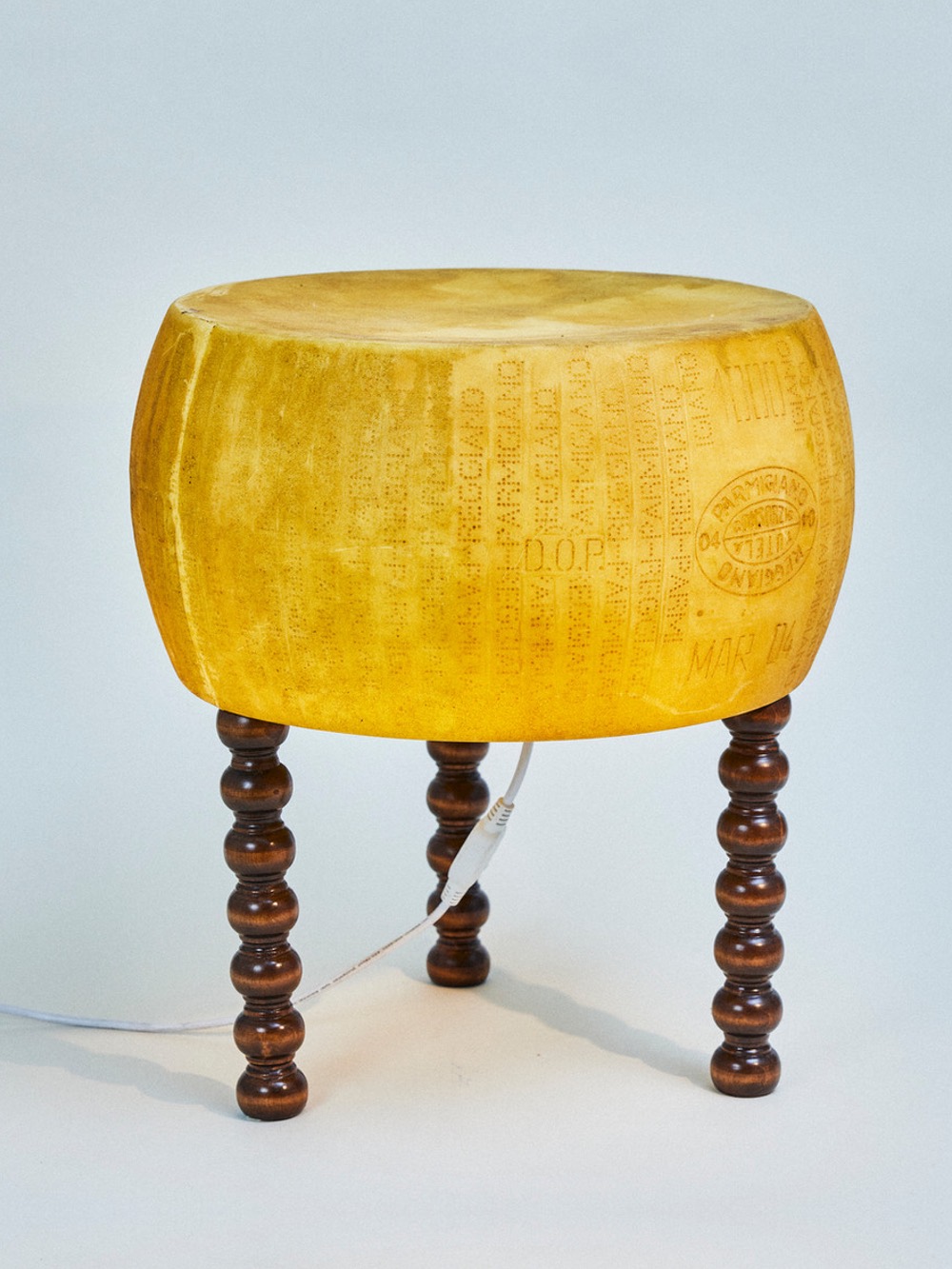 Sure, a Slinky-esque lamp (by Boden Taylor Holland) and another that resembles a wheel of Parmesan (by Martha Abbott) may both provide illumination — but in each case, the design’s unique personality shines through. Similarly, the unconventional proportions of so-called “vessel” designs by Rick Owens Furniture and Shun Kinoshita will surely suit the homes of some more than others. 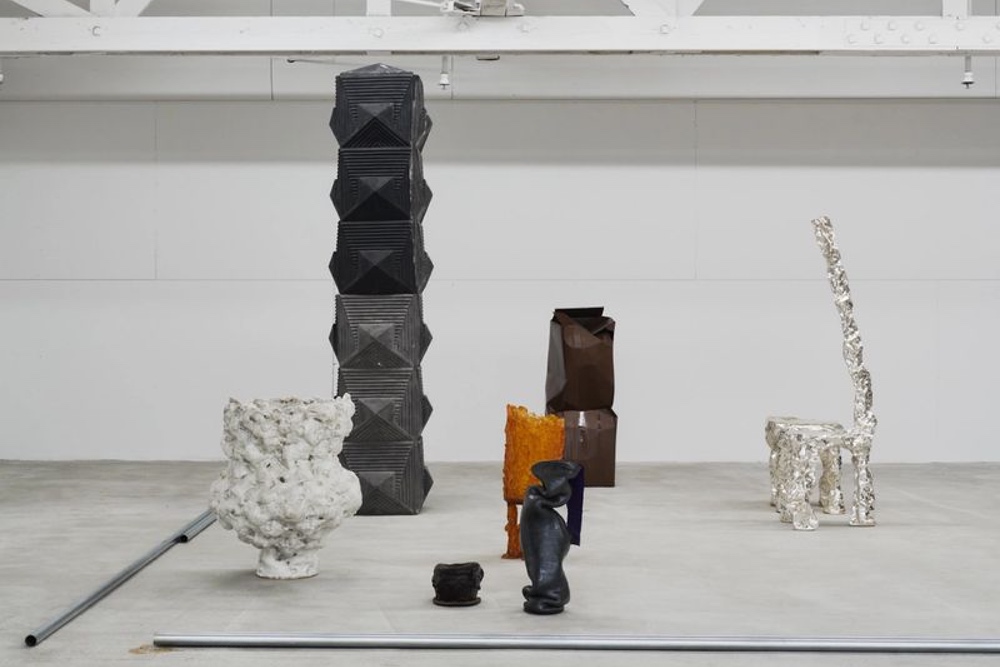 After all, when it comes to limited editions, designers are not competing to create a universal, definitive version of a lamp or vase but rather, a singular interpretation that connects with a single customer. Rather than getting lost in the crowd, novel concepts manage to stand alone in their idiosyncrasy. Below, we take a look at a few of our favorite designs from both shows. 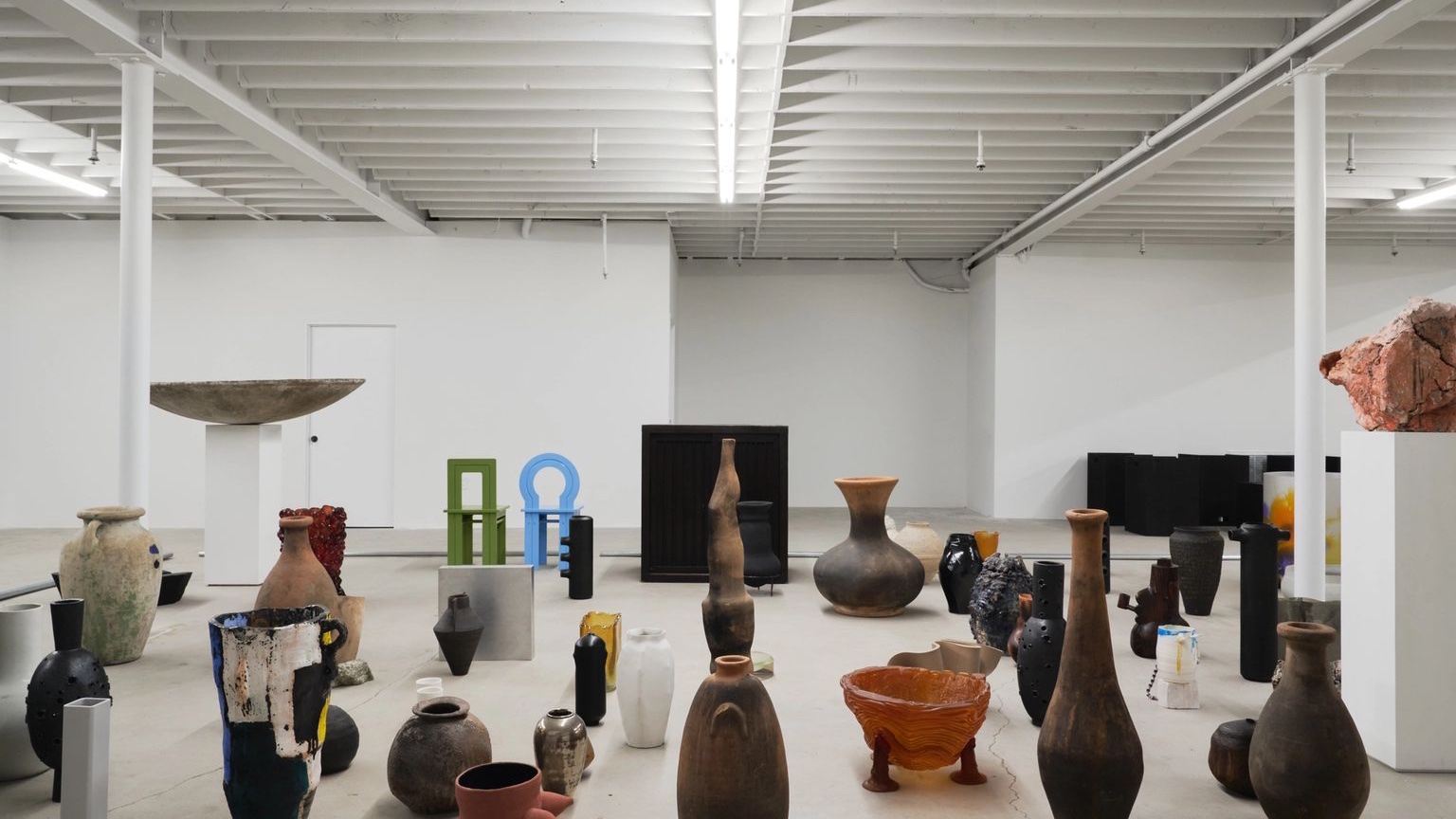 Opened shortly after Valentine’s Day, this L.A. group show curated by Sized creative director Alexander May offered a chance to reconsider the merits of floral displays. A large-scale ikebana installation by Sōgetsu L.A.’s Ravi GuneWardena and Tory J. Lowitz anchored the exhibition, and it is easy to picture many of the featured pots and vases filled with similarly sculptural arrangements. 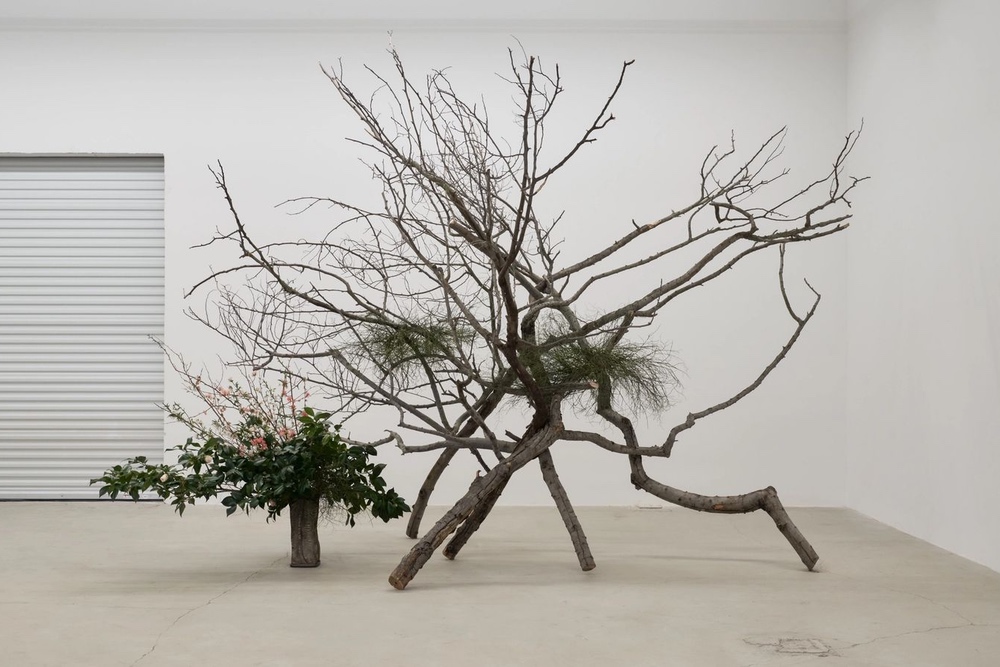 Other vessels — some of which were created specifically for the show, and others of which were pulled from designers’ archives — had different purposes in mind, designed as decanters, or in some cases, chairs. (Because really, what is a chair if not a vessel for humans?) 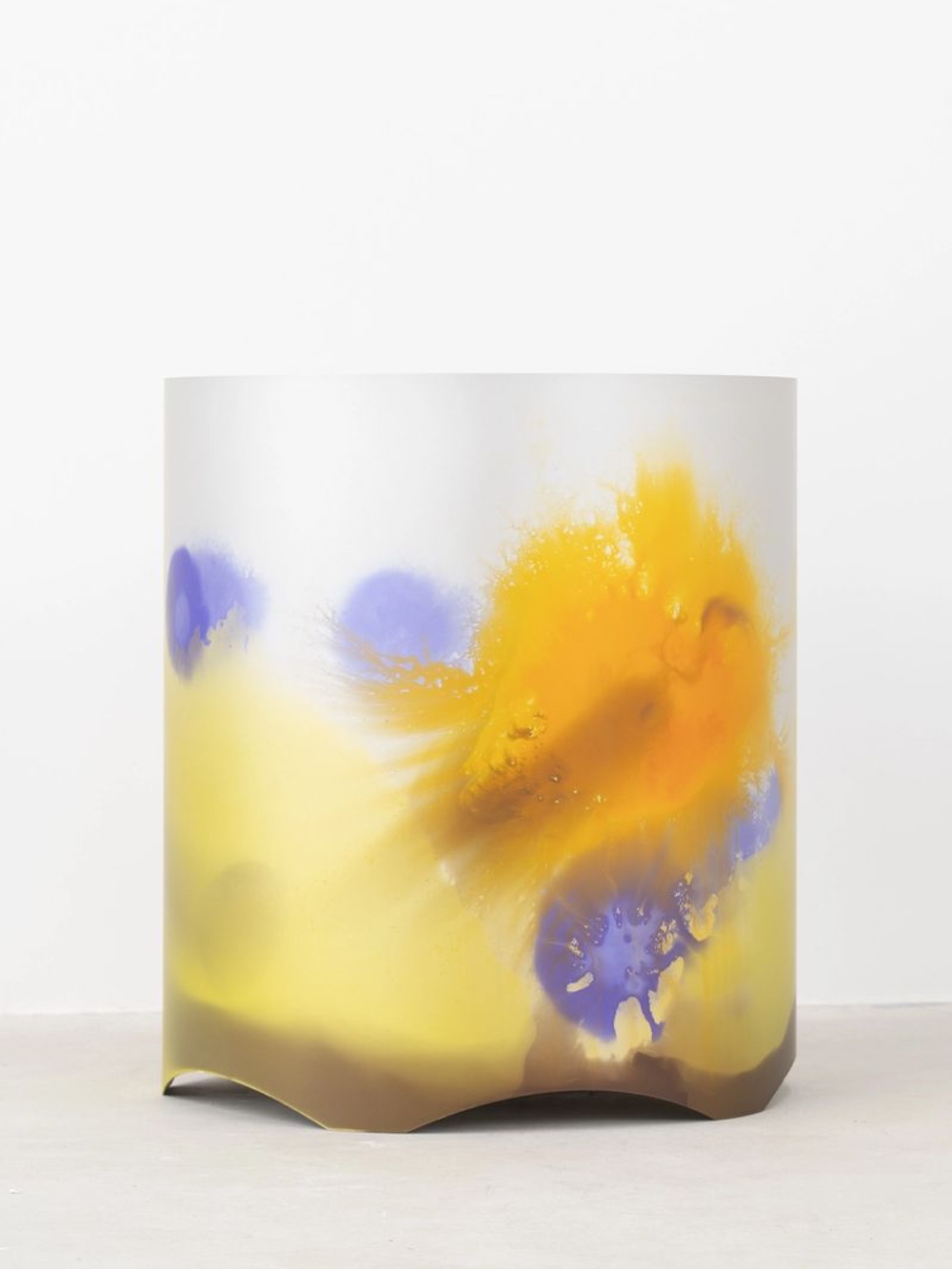 Grow Up planter for MCQ by Tino Seubert. Photo by Metahaiku. 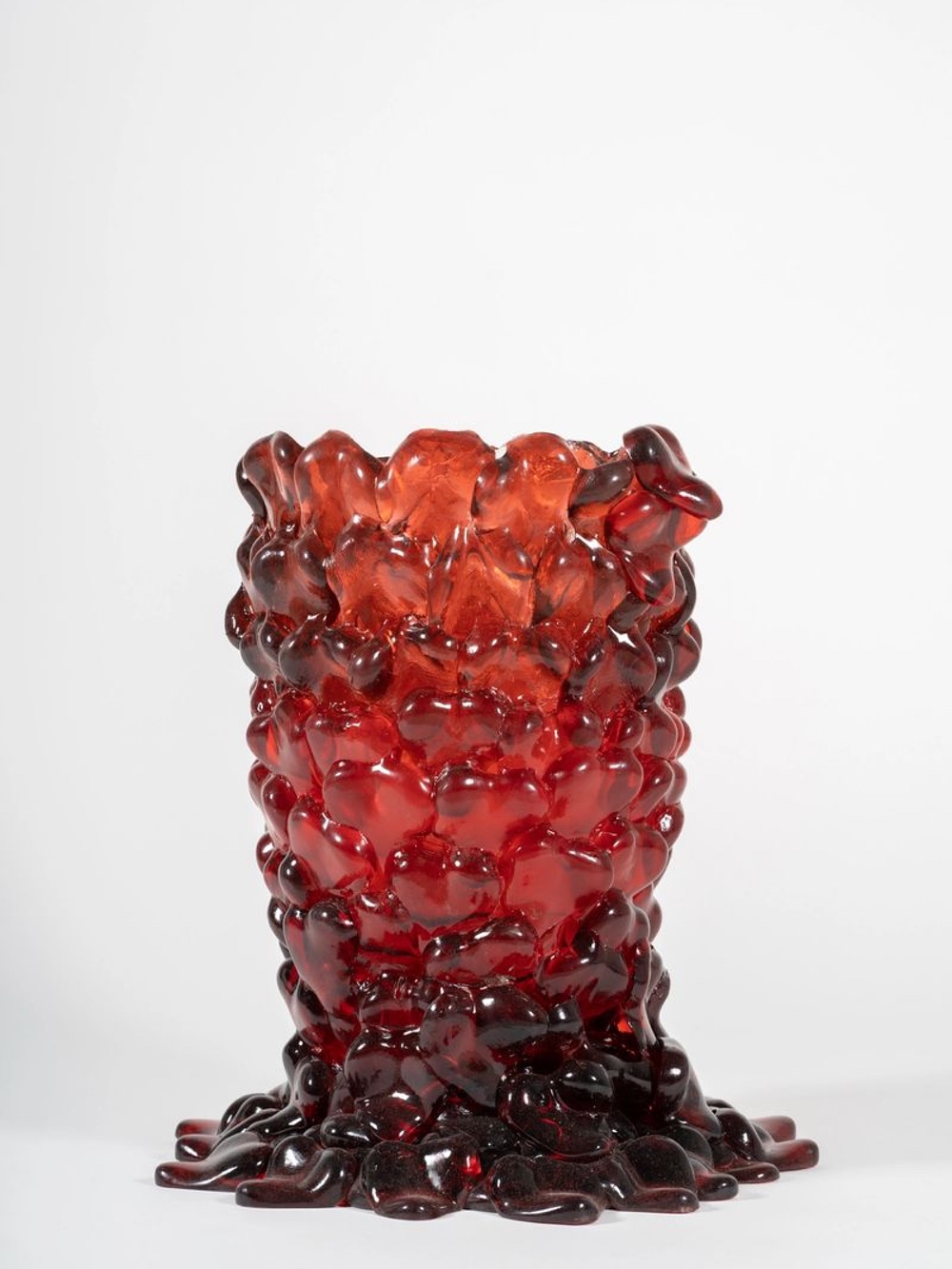 Mountain of Hearts 2022 by Gaetano Pesce. Photo by Metahaiku.

Materiality was another key differentiator among the showpieces on display, with finishes like natural ash, glazed stoneware and polished steel contributing to a rich textural interplay. The full list of participants was some 200 names long, with Max Lamb and Luca Nichetto both in the mix as well as archival designs by Charlotte Perriand and Isamu Noguchi. Gaetano Pesce also contributed a number of avant-garde standouts, including a new creation, Mountain of Hearts — a lockdown project that involved molding many individual hearts in flexible resin.

Held during Frieze Los Angeles, the exhibition itself is no longer on view — but the vessels displayed remain available for view and purchase through Sized’s web shop. 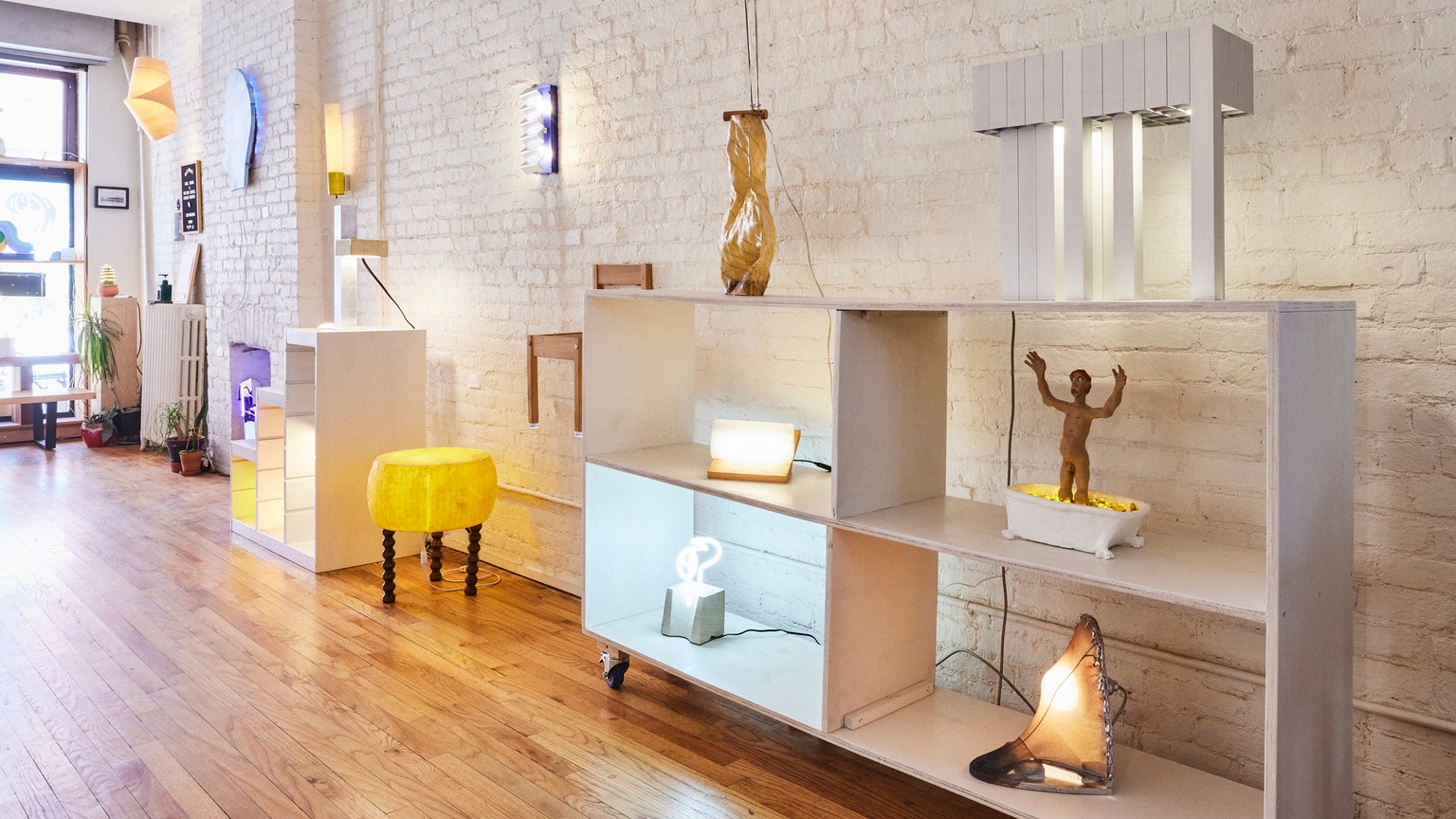 After issuing an open call for the third edition of Brooklyn coffee-shop-slash-art-space Head Hi‘s annual lighting exhibition, owners Alexandra Hodkowski and Alvaro Alcocer selected 50 of the brightest ideas put forward by a mix of international artists and designers. 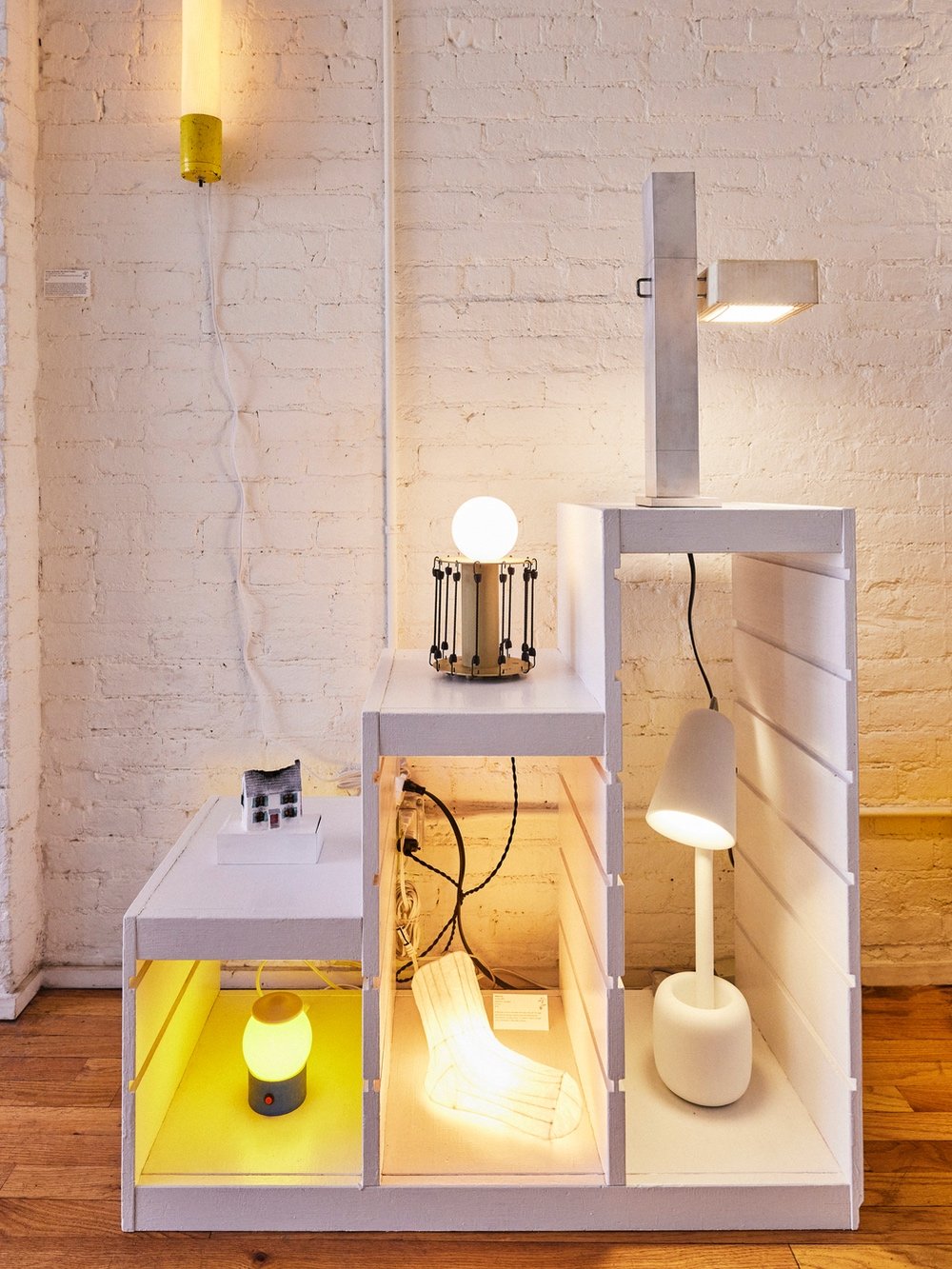 Some of the resulting lamps reflect their inspiration quite literally — Selena Liu’s Socket recreates a glowing sock with steel wire and rice paper, while Franc Palaia’s aptly named Blender Lamp rewires an old kitchen appliance to power a lightbulb. Others feel like experiments with interesting fabrication techniques, such as the Elephant Light by Lambert & Fils founder Samuel Lambert and Darius Laprise, which arranges aluminum extrusions into a playful geometric composition that lies somewhere between Babar and brutalism. Etienne Vernier’s Elvis is another experimental favourite, reinterpreting the singer’s high-collared jumpsuits through a Memphis lens. 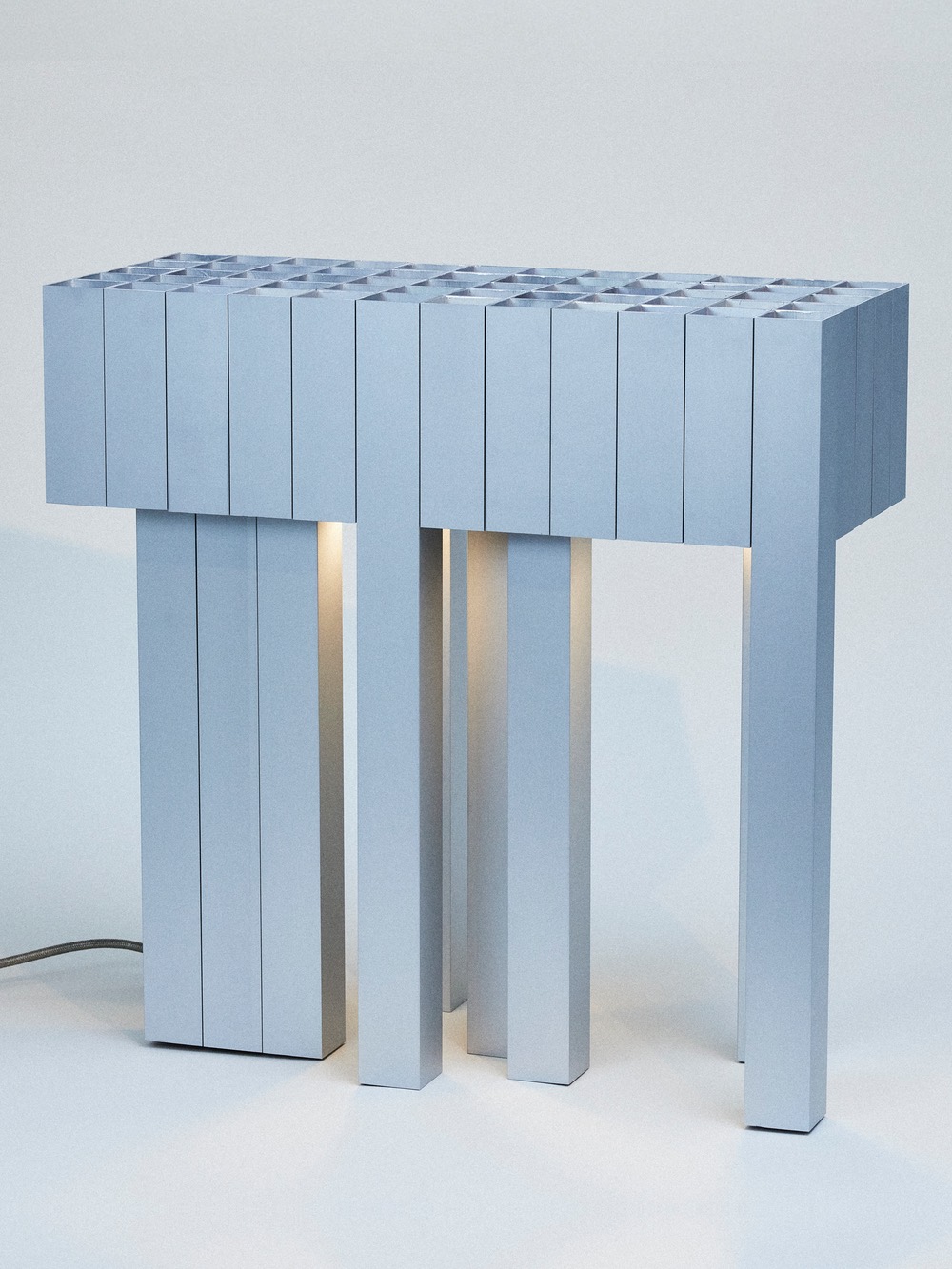 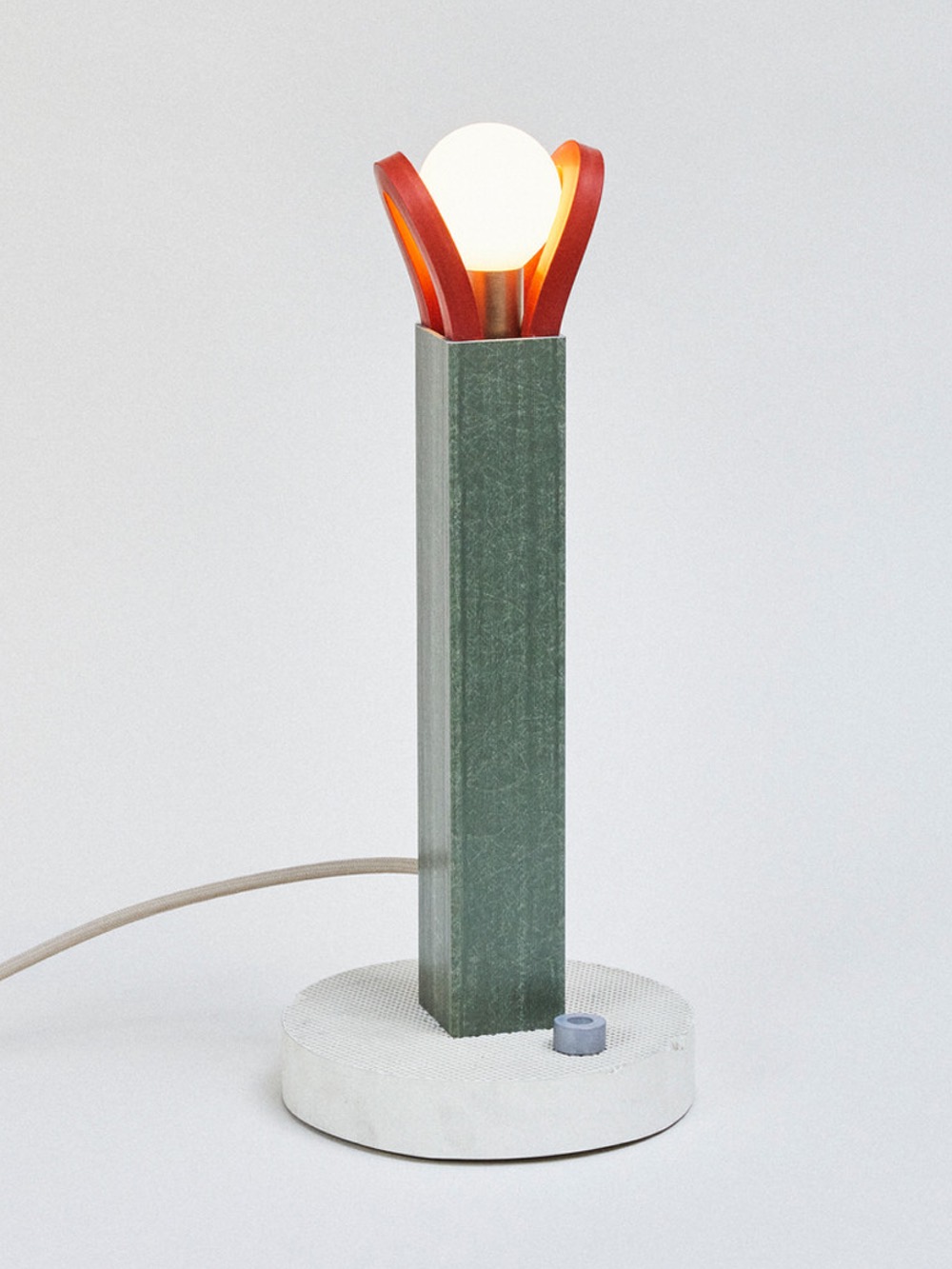 Prices range from $100–$10,000 USD, with all lamps available for view and purchase online and in person until March 26th. In-person shoppers can also vote for their favourite lamp, with the winner earning a stay at the Ace Hotel Brooklyn. (For the record, the lights there are pretty great, too — the entrance features a dramatic cluster of dangling orbs designed by Roman and Williams.)