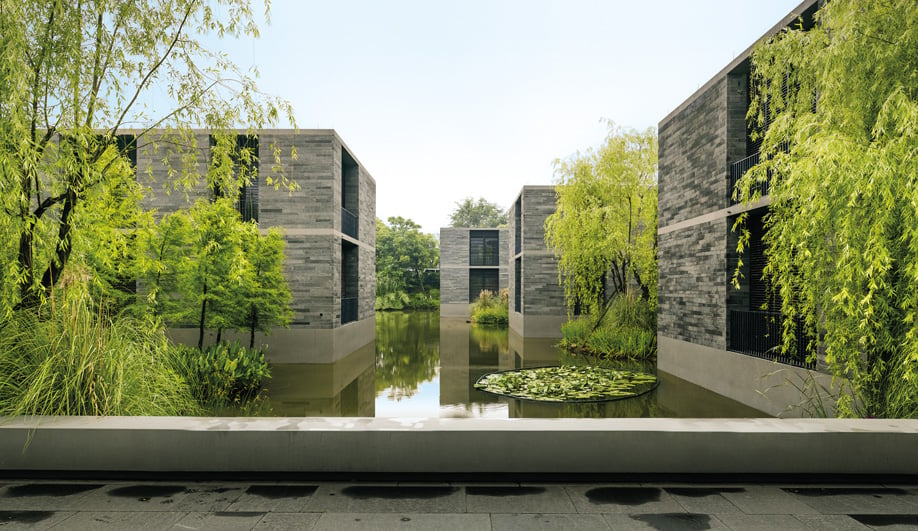 Stone walkways and overpasses link one apartment block to the next, creating a contained neighbourhood. 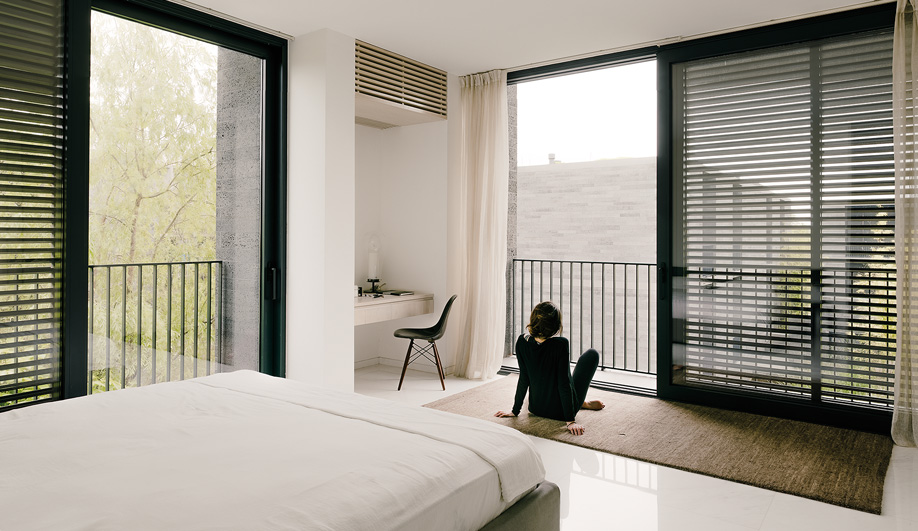 Inside, nature is never far away, with full-height windows in every room. Traditional shutters filter out direct sunlight. 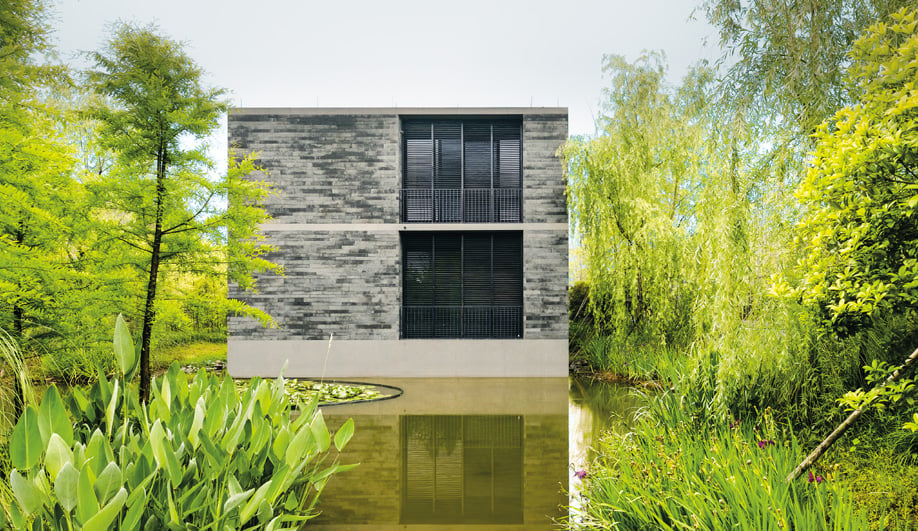 Each apartment block is clad in dark stone bricks. A parking garage located beneath the complex gives direct access to each unit. 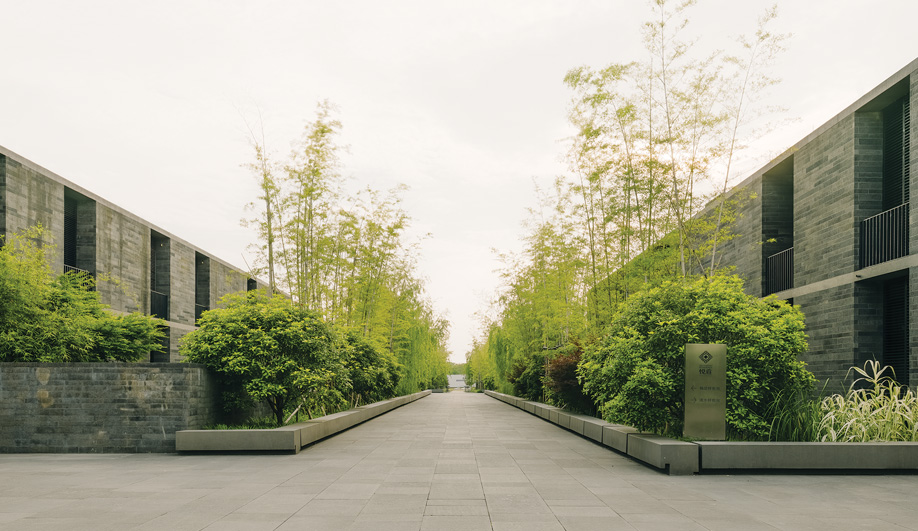 The Xixi Wetlands in Hangzhou, China, were shaped into existence over 1,800 years ago. Just over a two-hour drive southeast of Shanghai, the bucolic vegetation and meandering waterways, half natural and half man-made, are matched only by the quaintness of the surrounding villages, tea houses and pagodas. The region’s national park status and its wildly popular dragon boat festival have helped to maintain its touristic appeal, but it is also a desirable place to live. The newest residential project to be completed is a 40-unit neighbourhood surrounded by water.

Designed by British firm David Chipperfield Architects, 20 volumes of two- and three-bedroom apartments are lined up in four staggering rows, with canals weaving in and around the entire complex. Each building is clad in dark stone brickwork, with black wooden shutters covering full-height windows. In contrast to the thriving greenery, with its bamboo groves, lily pads and tall grasses, the cubic profiles jut out of the water like floating monuments, giving the new community a contemporary elegance within the ancient landscape.

Stone walkways and overpasses link one apartment block to the next, creating a contained neighbourhood.

Indoors, nature is always close by as well, with uninterrupted sightlines to the outside through the entire length of each apartment. Pristine Bulthaup kitchen systems and contemporary stone flooring in dark earthy tones contrast such traditional features as the shutters, which remain one of the best methods to filter direct sunlight throughout the day. The waterscape also acts as a cooling agent, breaking up some of the seasonal heat and humidity.

While stone walkways and overpasses create a village atmosphere by linking the units into a larger meandering route, parking is hidden down below: a garage located beneath the 1.5-metre-deep pond gives tenants direct access from their units to their cars. According to principal architect Mark Randel, who worked on the project since its inception in 2007, the water garden, while typical of the area, was excavated for the development. “We simply took the natural conditions that were already there and pulled them onto our site,” he says. “It’s really an extension of the landscape.” ­