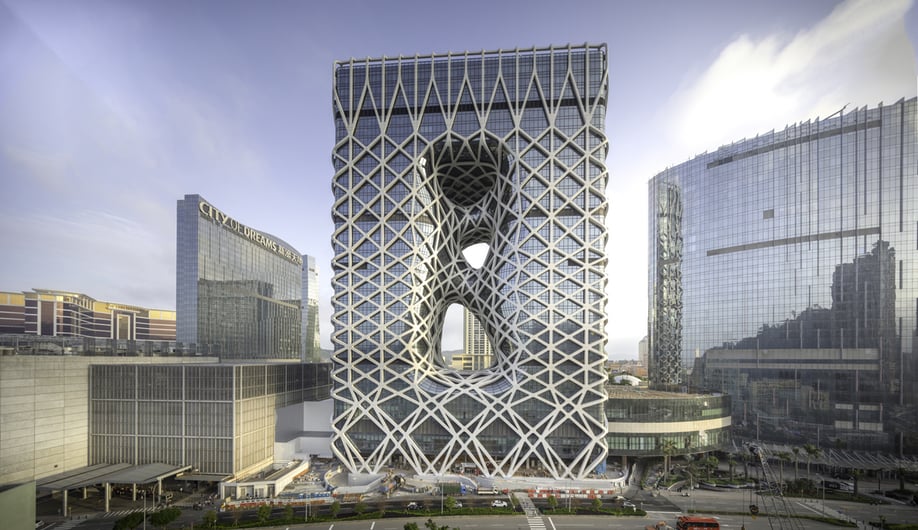 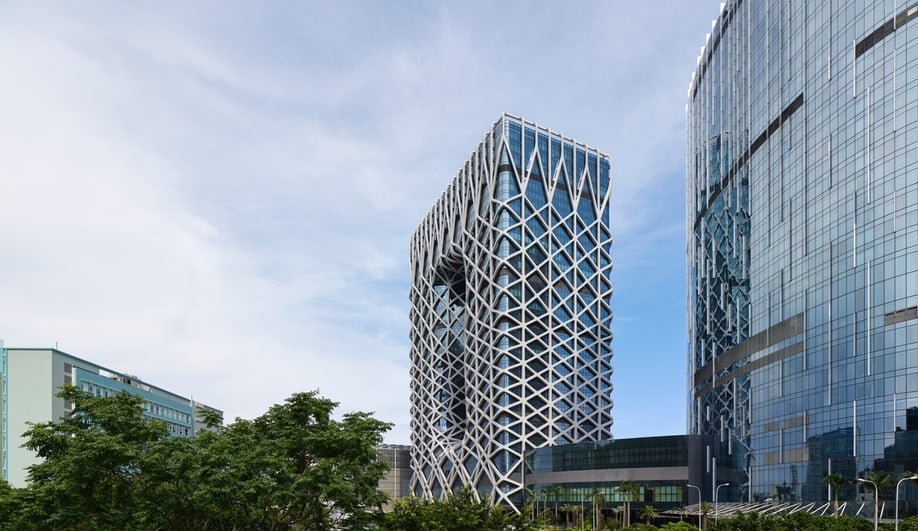 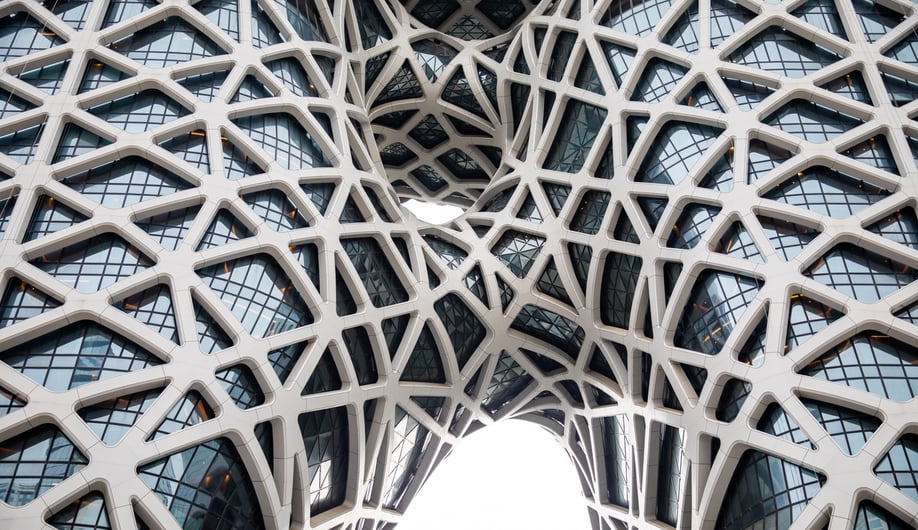 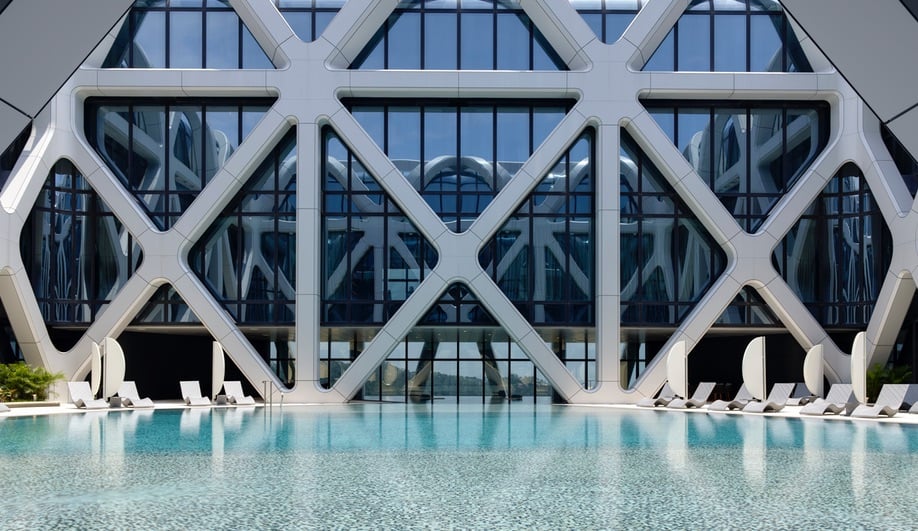 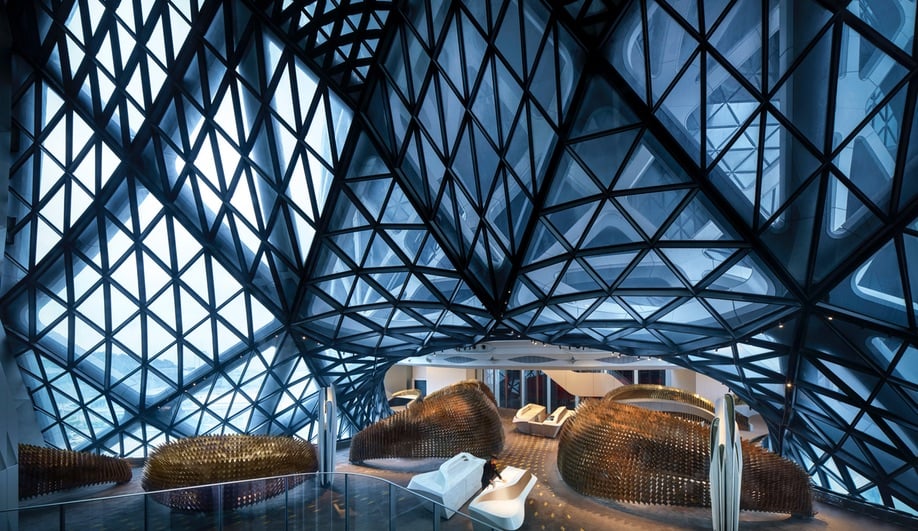 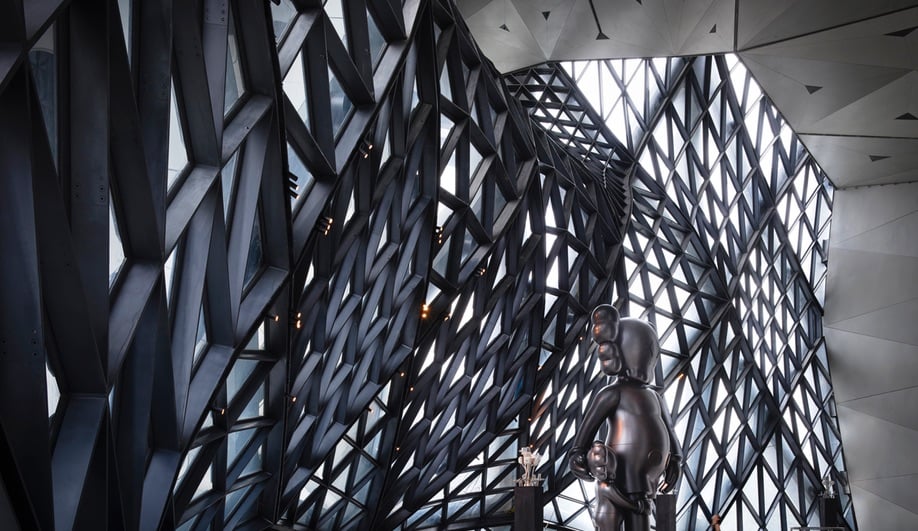 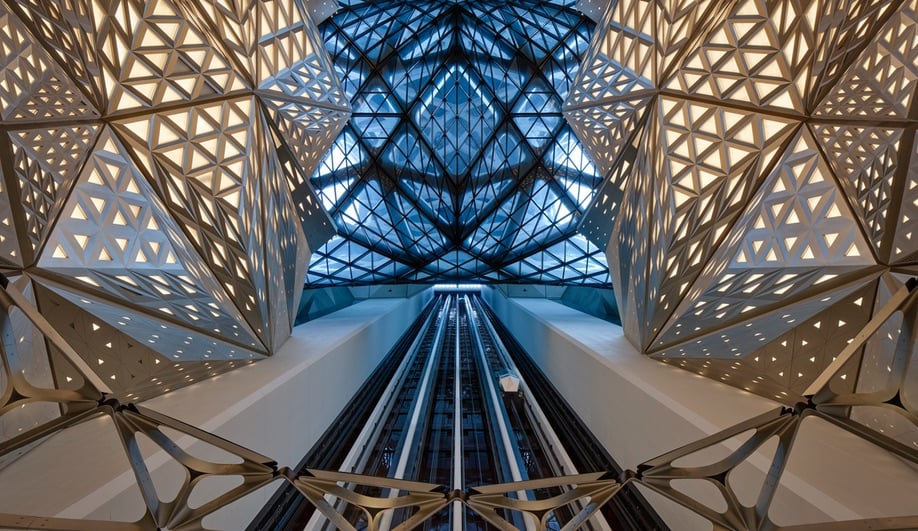 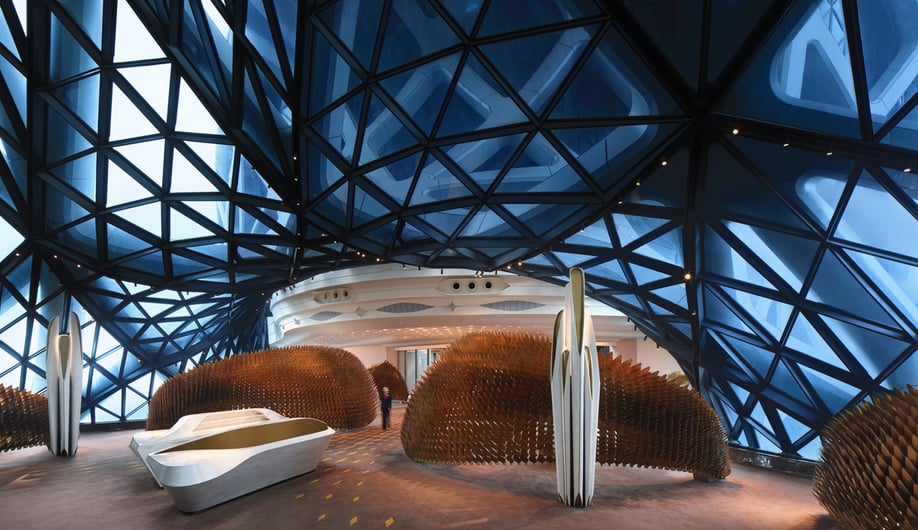 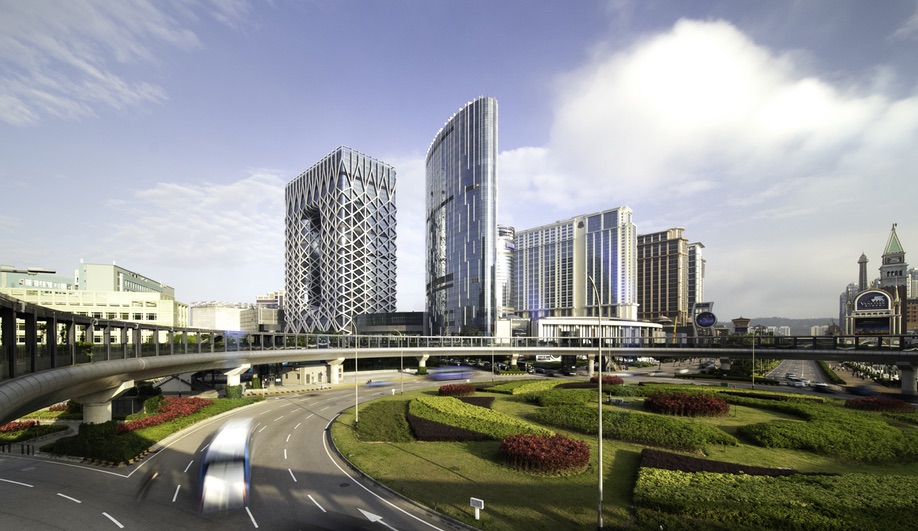 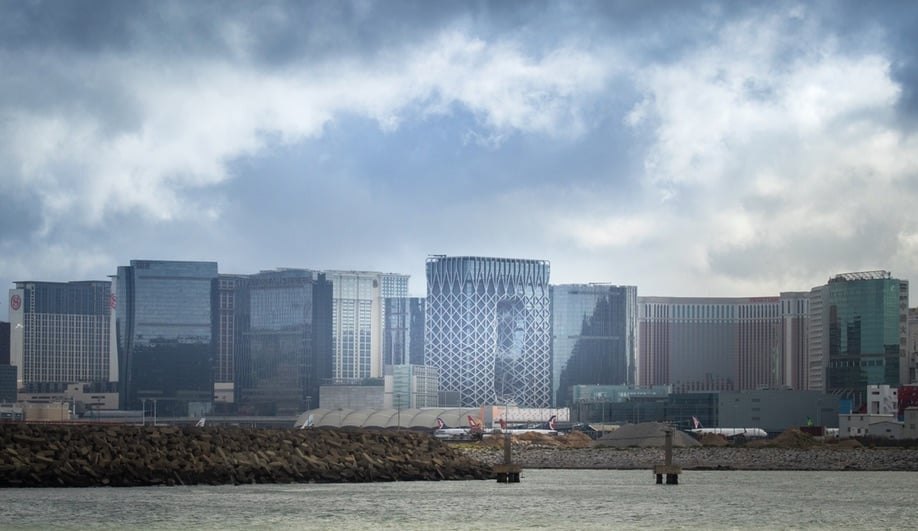 Back in January, we named this Zaha Hadid hotel a top 10 building we’re watching. The project, which was commissioned in 2012, is now open in all its glory. In both its architecture and interiors, the Morpheus Hotel is peak Hadid. The world’s first freeform exoskeleton tower, the project constitutes a 40-storey, four-sided building, its two towers linked at the podium, the roof – and the centre. 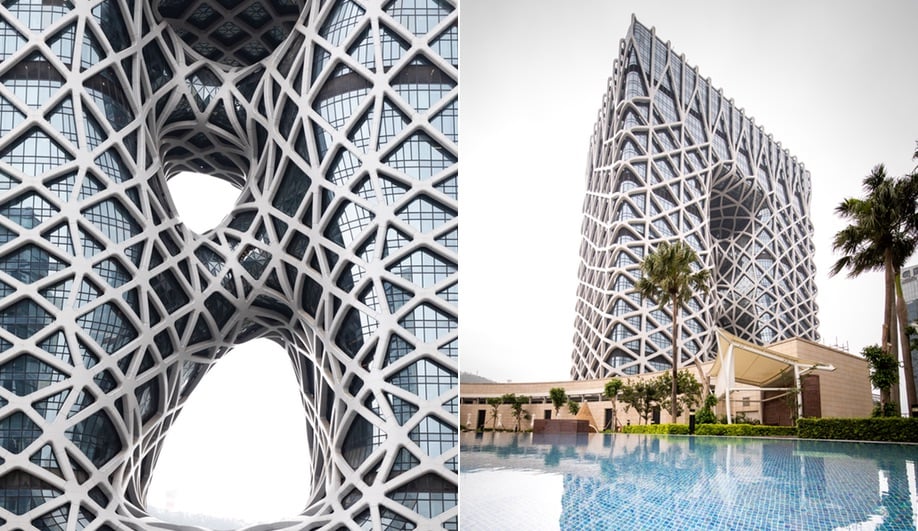 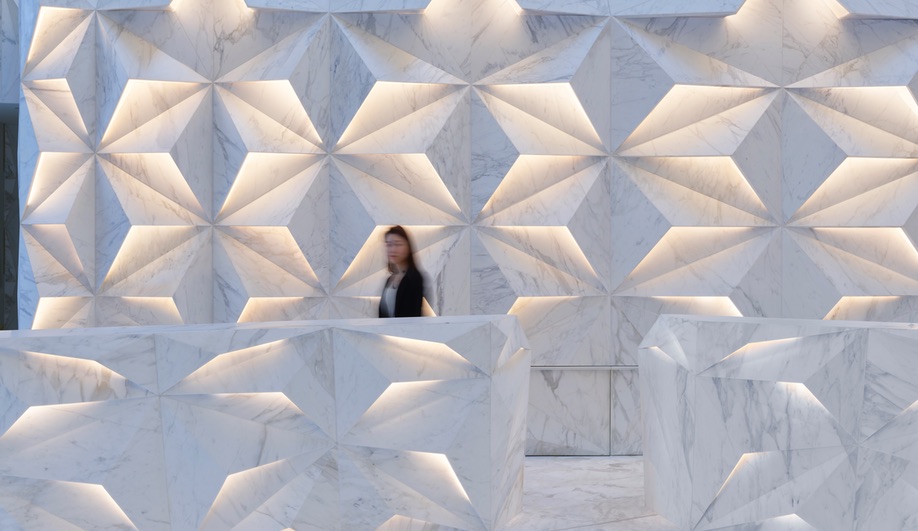 The project’s interior spatiality also overwhelms the senses in the manner of past Hadid projects, with a faceted reception that recalls the late architect’s parametric experimentations with marble, and dining enclosures that evoke dragon scales. 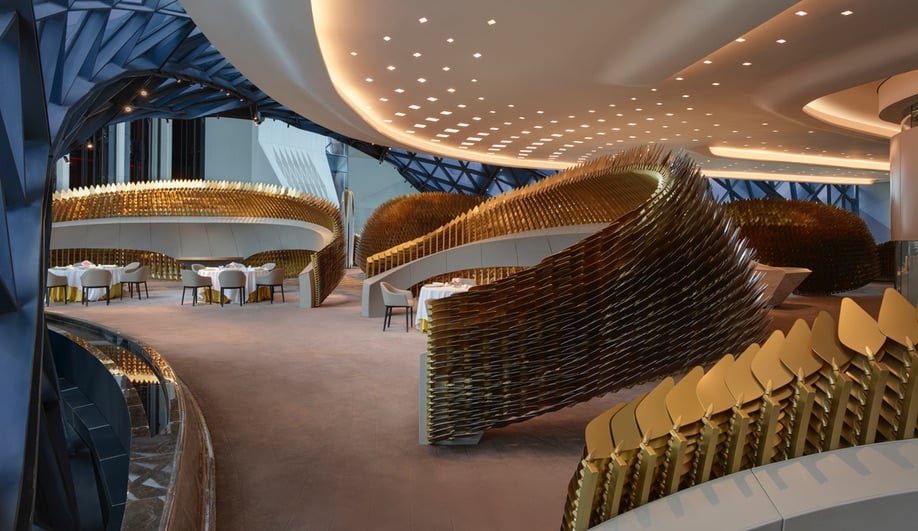 The way the building and interior experience work seamlessly together are also in keeping with the London firm’s experimentations in carving, shaping and enhancing space. As the architects say, the project draws from four decades of research into “the integration of interior and exterior, civic and private, solid and void, Cartesian and Einsteinian.” 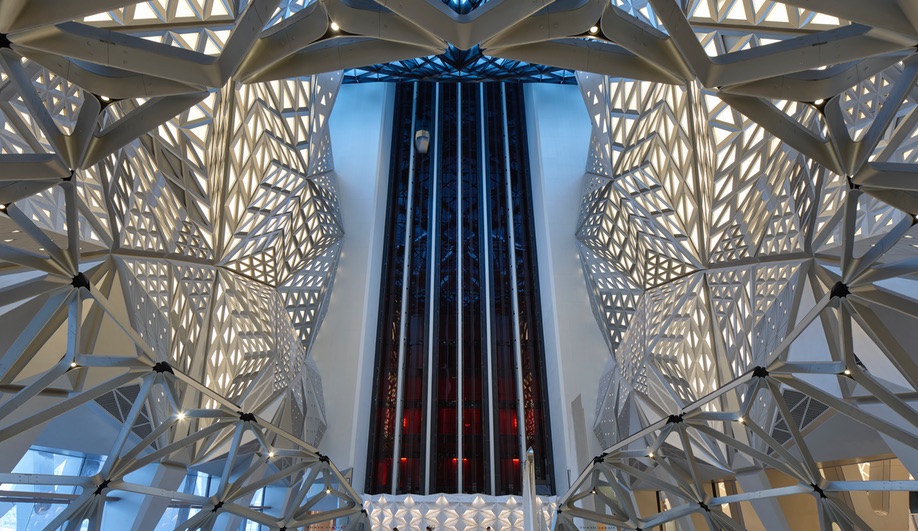 The Morpheus Hotel was made for its site – it’s the flagship hotel of the City of Dreams resort – in more ways than one. The most densely populated region in the world and a gambling mecca, Macau saw 32 million tourists in 2017. According to the architects, the building design was “informed by the fluid forms within China’s rich traditions of jade carving.” 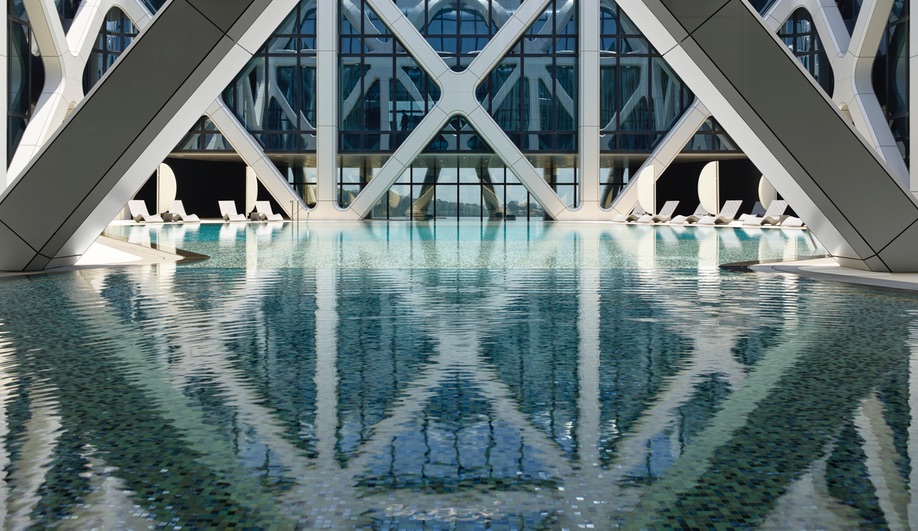 The official press release continues by explaining that the voids carved through its centre create an urban window that connects the hotel’s interior communal spaces with the city. The hotel houses 770 guest rooms, suites and sky villas, and includes civic spaces, meeting and event facilities, gaming rooms, a spa and a rooftop pool. The hotel features restaurants, bars and guest lounges by renowned chefs including Alain Ducasse and Pierre Hermé.

Viviana Muscettola, ZHA’s project director explains, “Morpheus combines its optimal arrangement with structural integrity and sculptural form. The design is intriguing as it makes no reference to traditional architectural typologies. Macau’s buildings have previously referenced architecture styles from around the world. Morpheus has evolved from its unique environment and site conditions as a new architecture expressly of this city.” 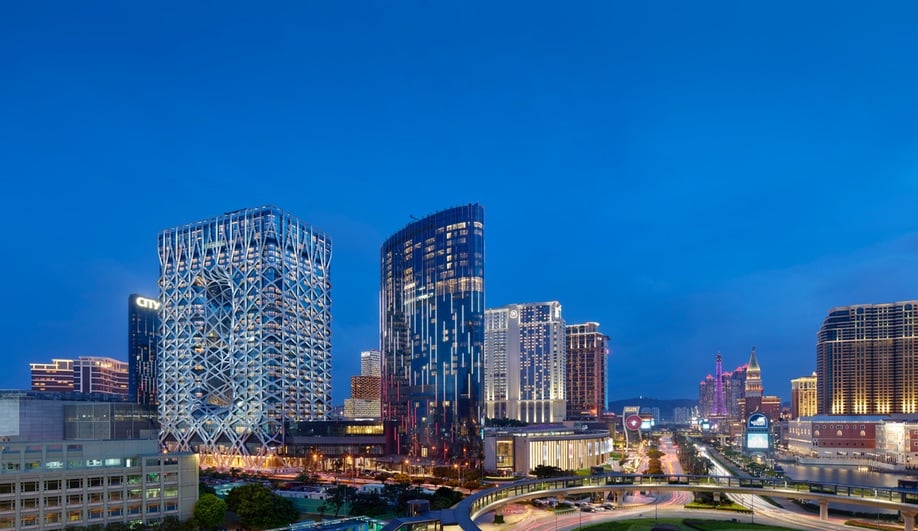 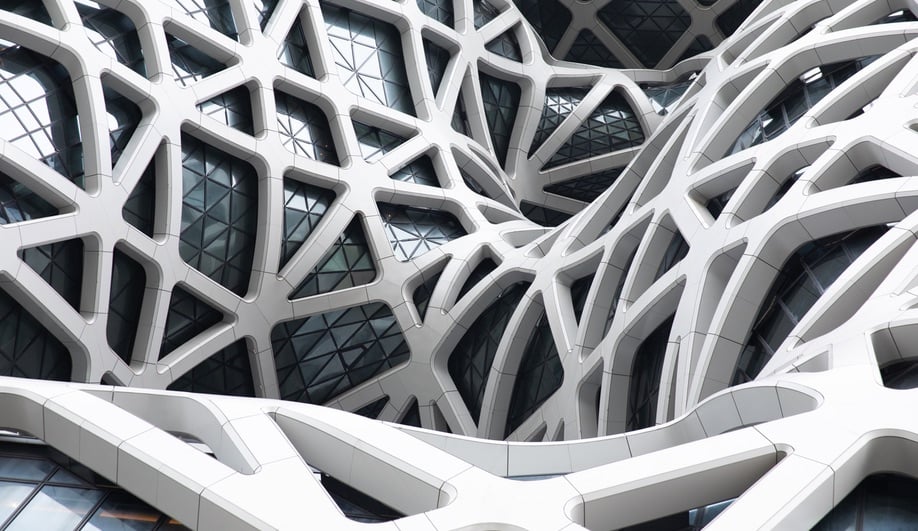