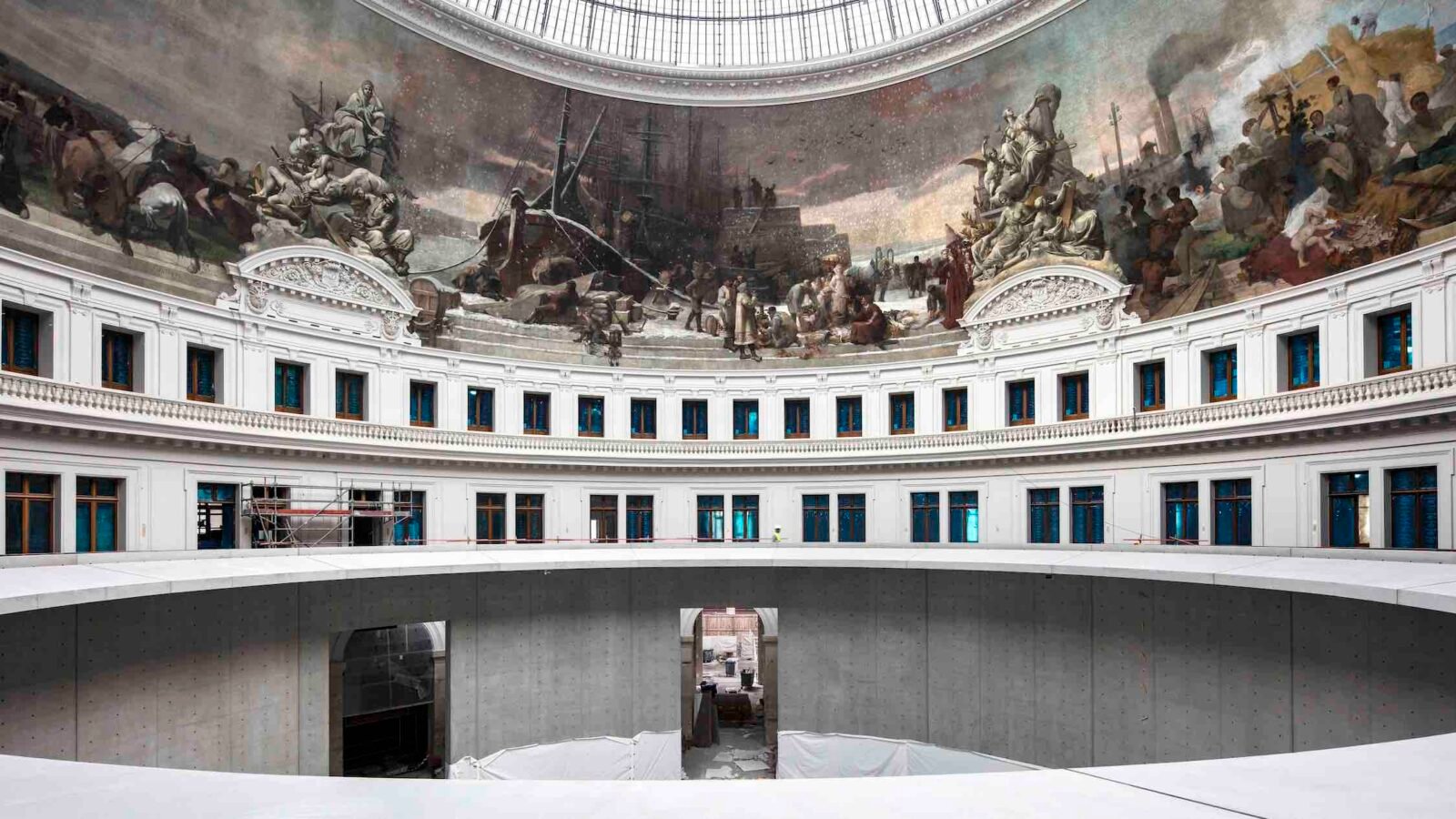 10 Striking Projects That Will Shape Architecture in 2020 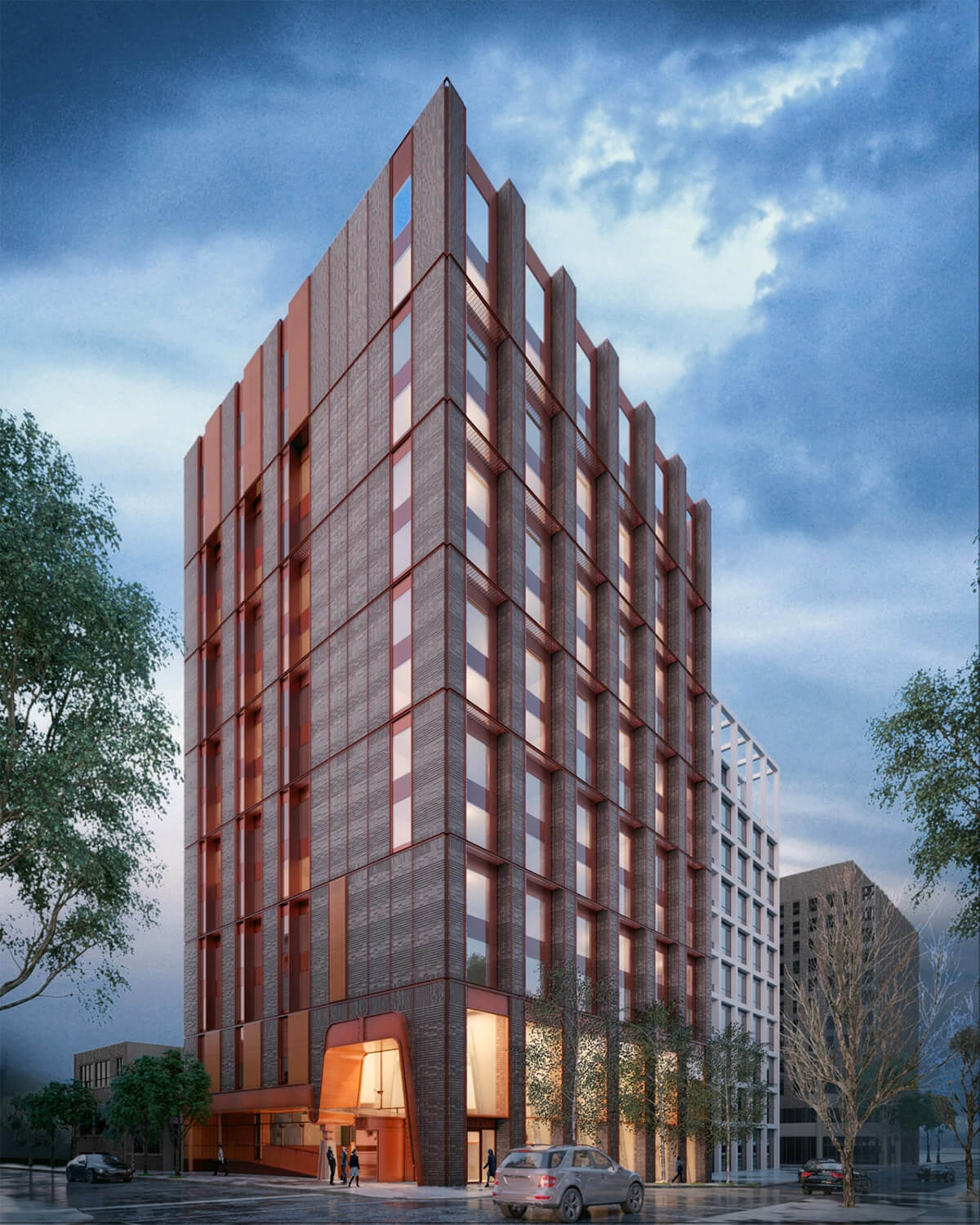 We’ve been watching the Ace Hotel Toronto, which is going up on formerly quiet Camden Street, since before we knew – officially – that it was, in fact, an Ace Hotel property. Spearheaded together with Zinc Developments, the project is designed by Shim-Sutcliffe Architects (a local firm renowned for its meticulously detailed works, from Integral House to the Wong Dai Sin Temple). As we recently noted, the building derives its bold scale from “a series of poured-in-place concrete frames with robust steel knuckle joints – the lobby bar is actually suspended from the concrete structural frames so that it floats over the ground-floor restaurant – while bricks, wood and generous openings result in a human-centric palette.” We’ve been told that 2020 is the year that patrons and curious passersby alike will be able to step inside this one-of-a-kind hotel. 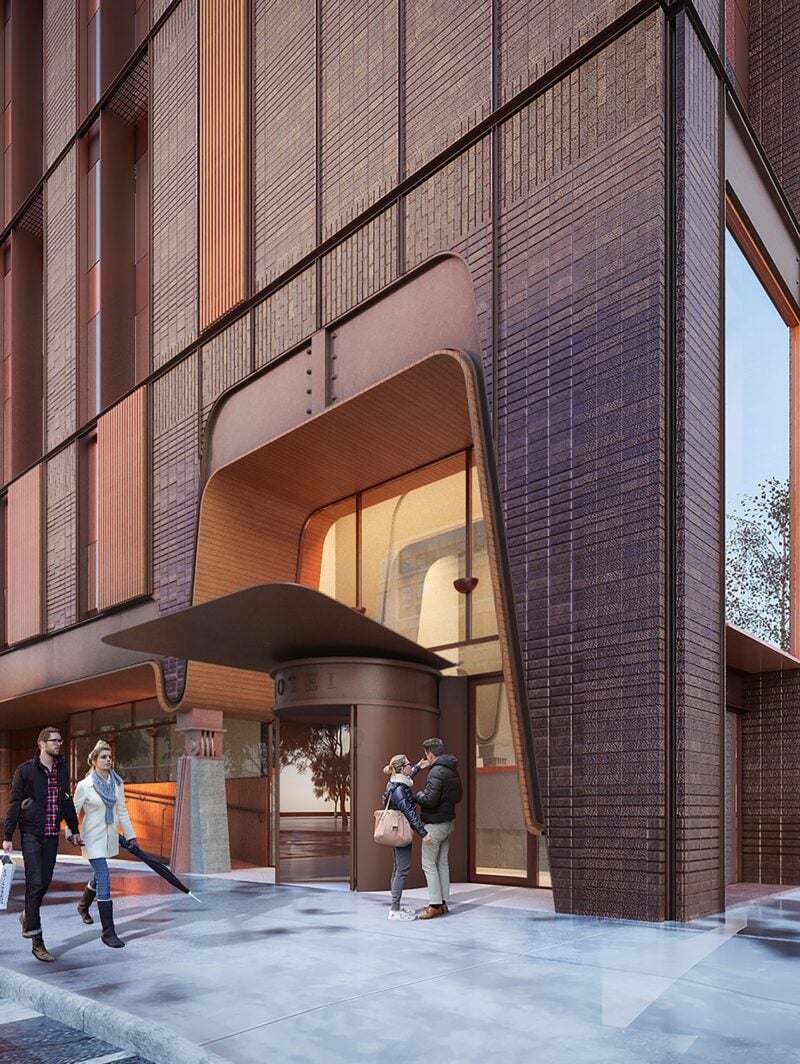 The Ace Hotel’s Winning Hand
For the past two decades, the hotel brand that defined hipster chic has had a proven formula for success. But it isn’t resting on its laurels: The group’s creative team is still taking calculated risks, as two recently launched spinoffs and a pair of new builds – including Ace Toronto – prove.
Read More 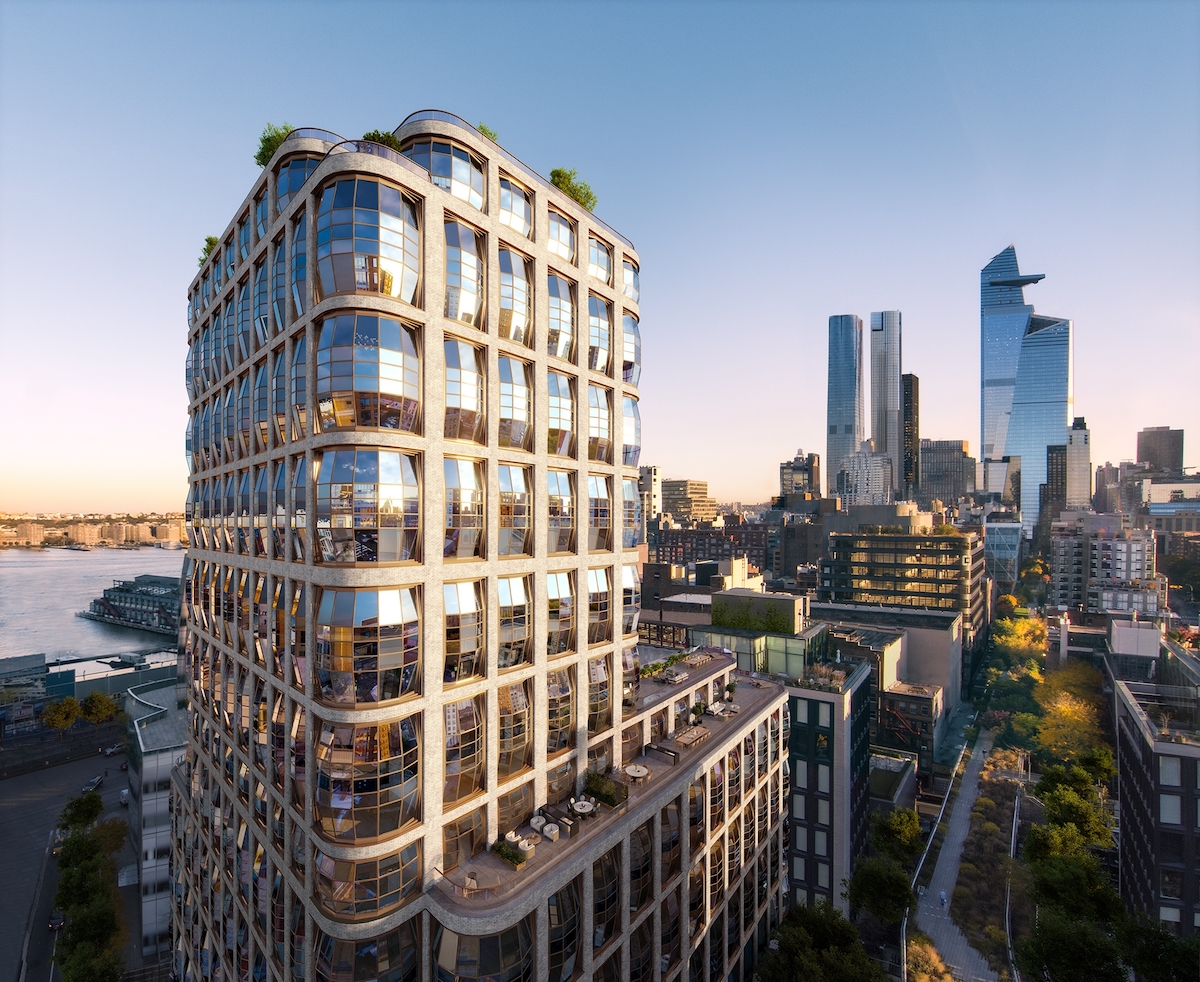 Many of the boldest visions for downtown New York have sprung from the intrepid mind of Thomas Heatherwick. Now best known for The Vessel, the London-based designer is adding the Little Island, a series of bulbous concrete platforms mushrooming from the Hudson River, to the ever-expanding realm of the Hudson Yards development. While that project is underway, Heatherwick is also completing Lantern House, which takes its place among the architectural zoo of condos that have converged on the High Line. His double-tower project (one is 10 storeys, the other 22) is particularly impressive for its lantern-like bulging bay windows. The residences will feature 10-foot-plus ceilings and a material palette of stone, marble, bronze and oak; some will have access to private terraces. Marquee Manhattan real estate is for the one per cent of the one per cent – what makes this project special is its architectural ambition. 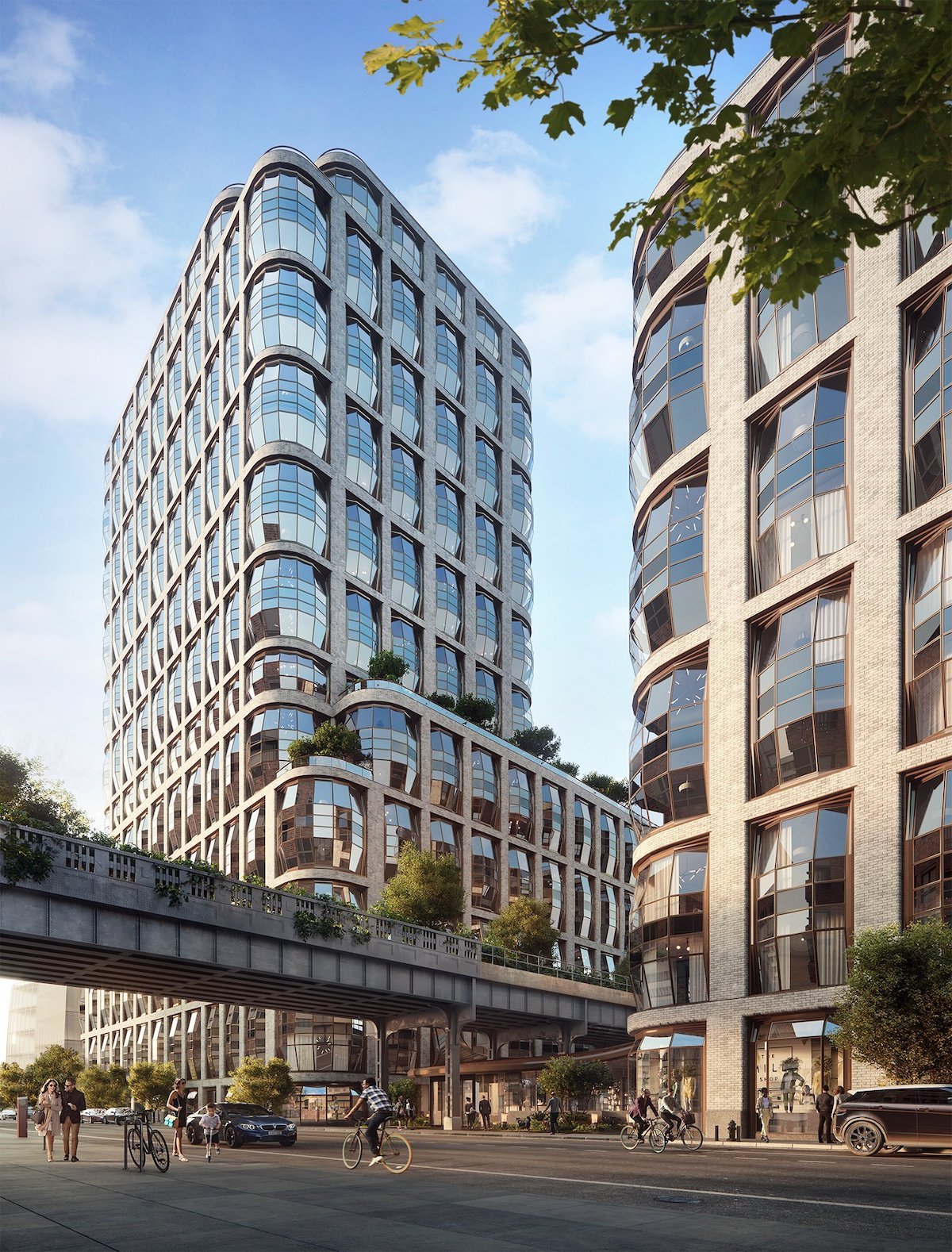 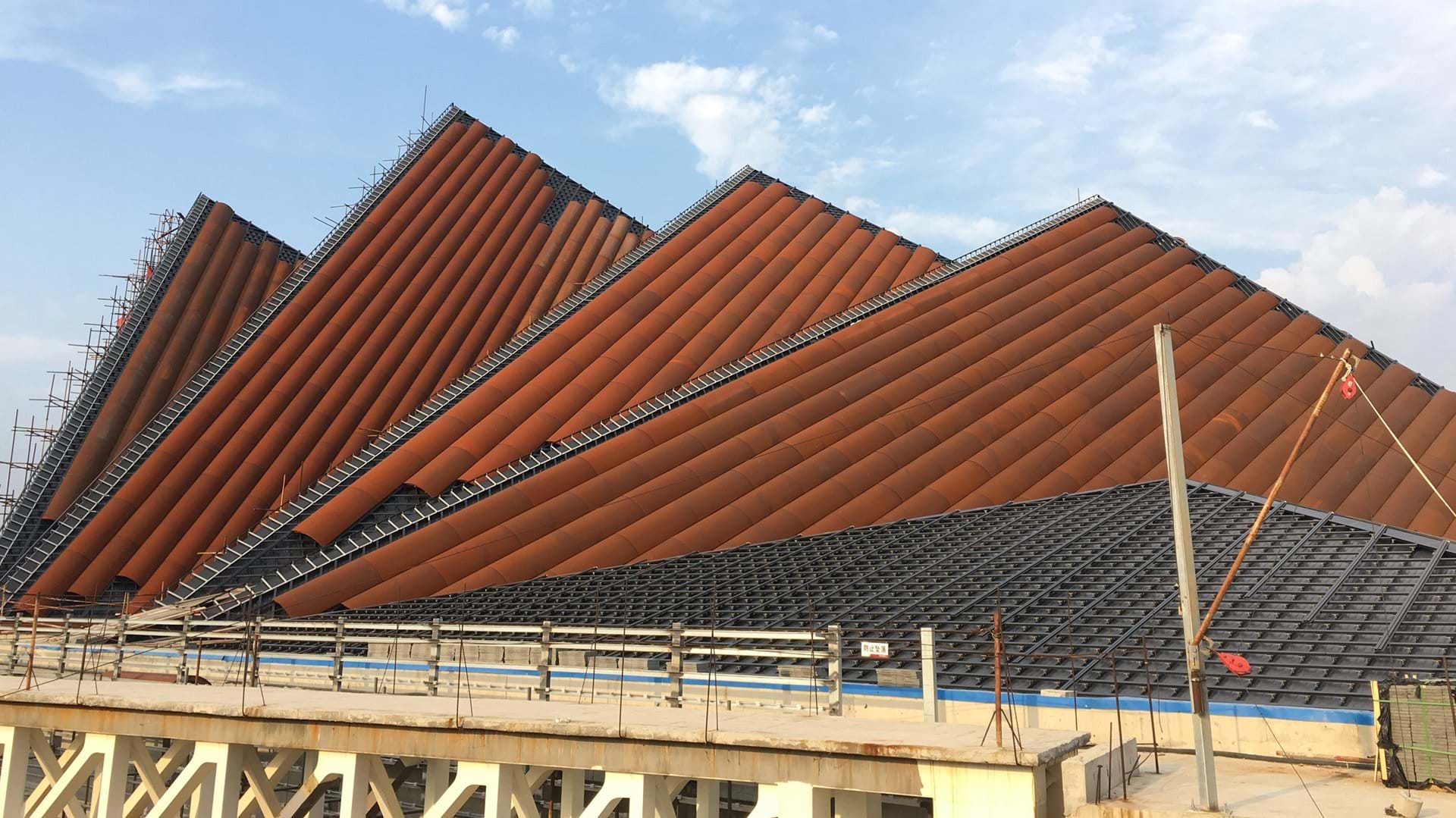 Clad in terracotta-toned corroded steel panels, the 32,000-square-foot Datong Art Museum is set to become the centrepiece of the Chinese city’s bold new cultural plaza when it opens later this year. With a striking, seemingly folding canopy that soars to almost 40 metres (intended to house large-scale commissioned sculptures and installations by contemporary artists), the Foster + Partners building will also frame equally dramatic views toward the Grand River beyond. It’s a soon-to-be icon for the city, well worth the almost decade-long wait. 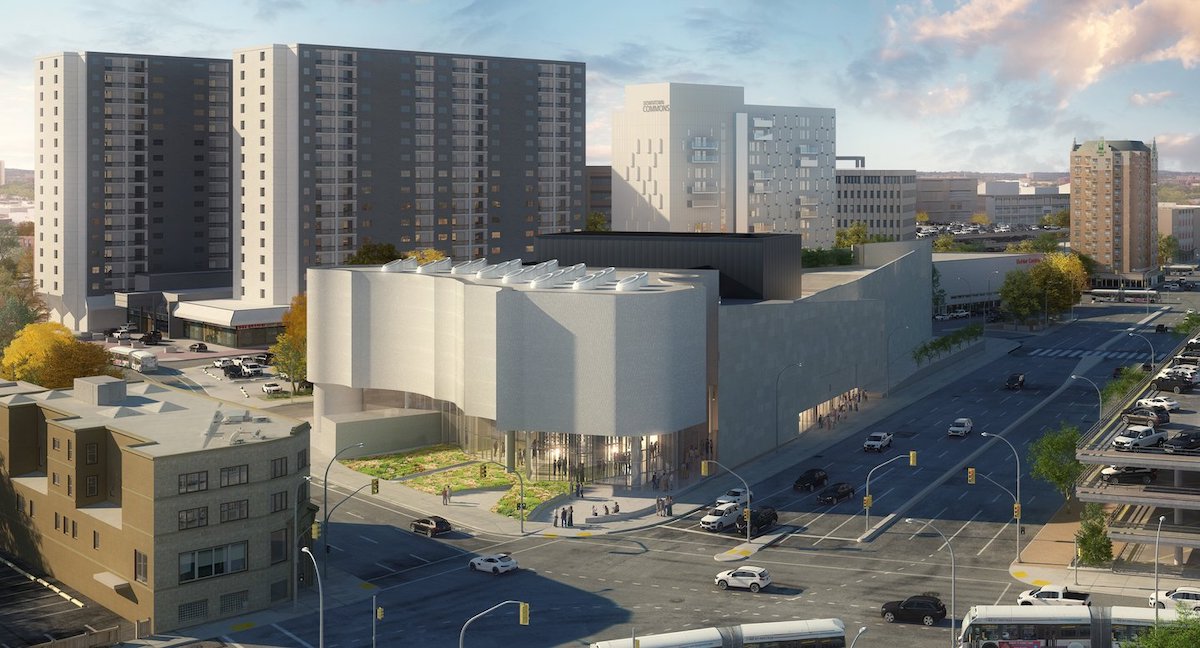 When Los Angeles-based architect Michael Maltzan’s Inuit Art Centre at the Winnipeg Art Gallery in Manitoba is completed, it will house the largest collection of its kind in the world – more than 13,000 works by Inuit artists from the Inuvialuit Settlement Region to Nunatsiavut and spanning mediums from ceramics to textiles to carvings. Drawing inspiration from a trip to Nunavut (alongside photographer Iwan Baan) and extensive site visits to museums across the world (with WAG CEO Stephen Borys), Maltzan’s design – with its sprawling three-storey glazed vault and scalloped facade – lays the groundwork for how such spaces may both support and connect communities, regardless of their geography. 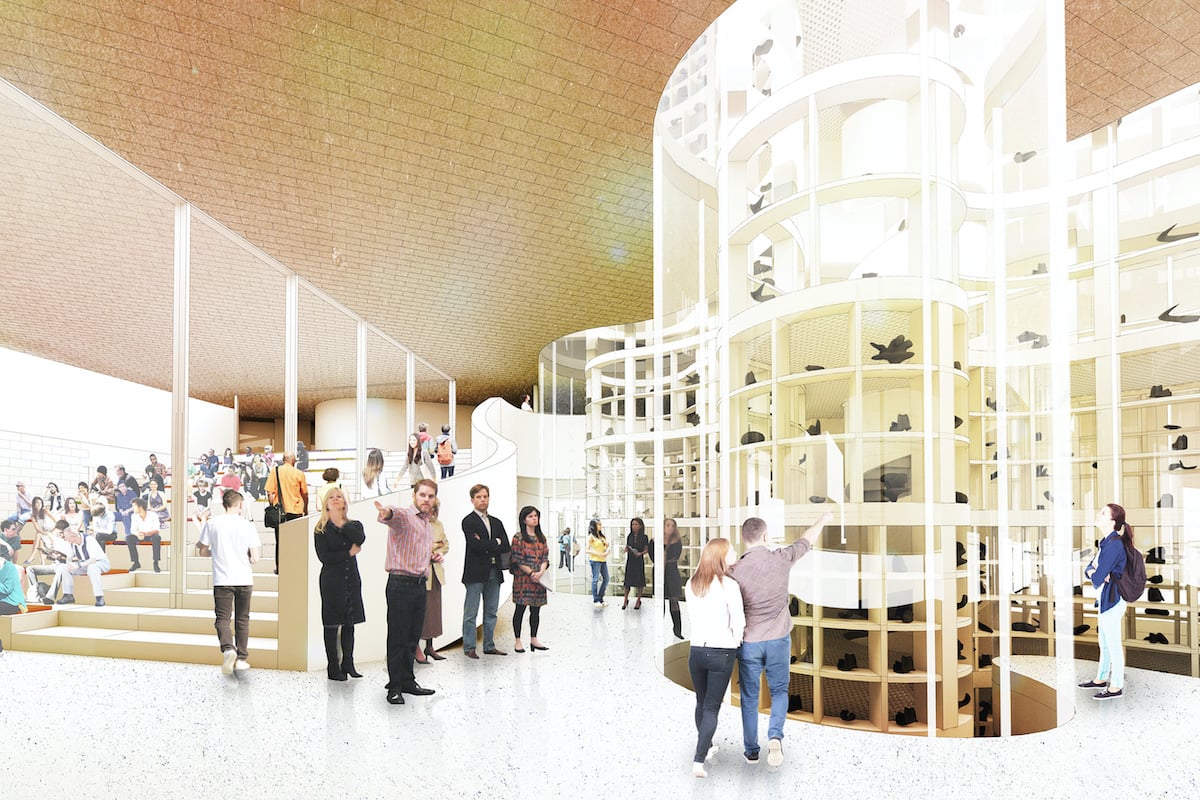 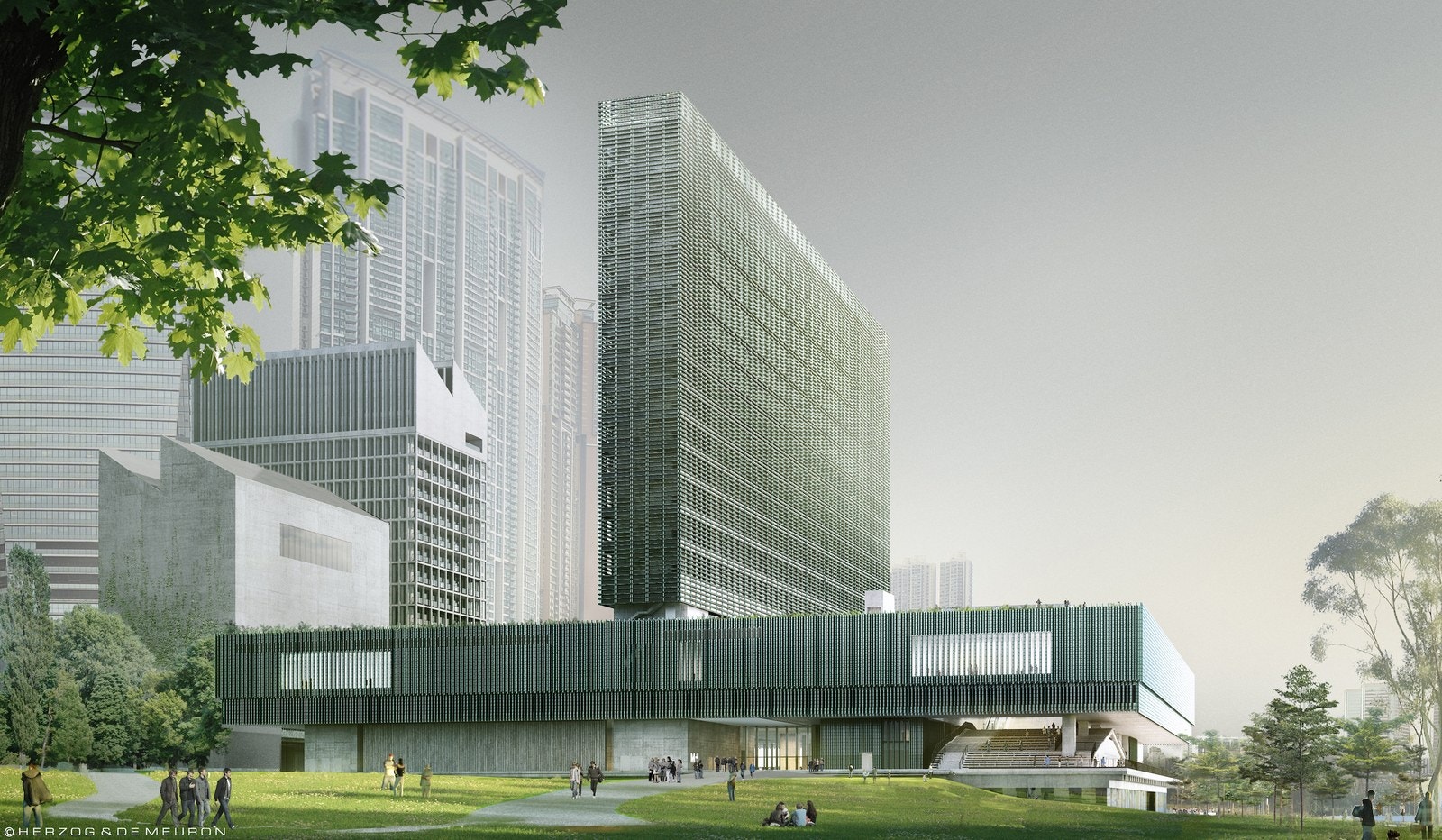 “How should a post-industrial space be created from vacant land?” We’ll soon find out – at least as that question, posed by Herzog & de Meuron in their ruminations on their new M+ complex in Hong Kong, has been answered by the Pritzker winners on a 25,000-square-metre waterside parcel reclaimed from Victoria Harbour. Shaped like an upside-down T, M+ will serve as a permanent home for the museum organization of the same name, housing galleries of varying sizes and types in its long horizontal base as well as studios, research facilities and restaurants in the diaphanous vertical extension that juts up from its centre. Nowadays, Hong Kongers uncertain about their city’s future need symbols of hope more than ever. In both form and function, M+ should provide one when it’s completed in March; the museum itself will open its doors later in 2020 or in 2021. 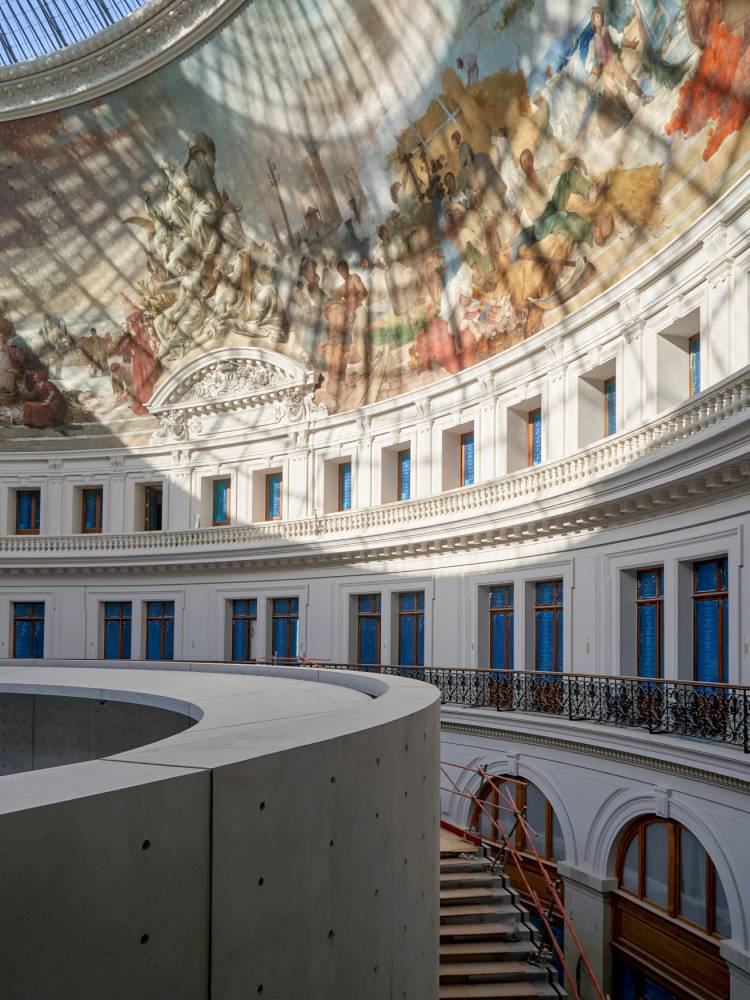 Architect Tadao Ando and luxury-goods magnate Francois Pinault have already partnered on two Venetian venues for the Frenchman’s massive art collection, but their latest collaboration – yet another showcase for Pinault’s acquisitions, this one in the French capital – is their most ambitious yet. Scheduled to open in June, the new, €155-million gallery will be housed in Paris’s 19th-century former stock exchange – or, more specifically, within a nine-metre-tall, open-topped concrete cylinder within the glass-domed bourse. Ringing the oculus’s edge, a new circular platform will create fresh vantage points in the historic building, while an underground theatre is located below the exhibition spaces. The intervention, developed in collaboration with NeM Architectes and Pierre-Antoine Gatier, will provide 3,000 square meters of modular display space in total. Expect the venue in which they’re shown to be as big a draw as the artworks themselves. 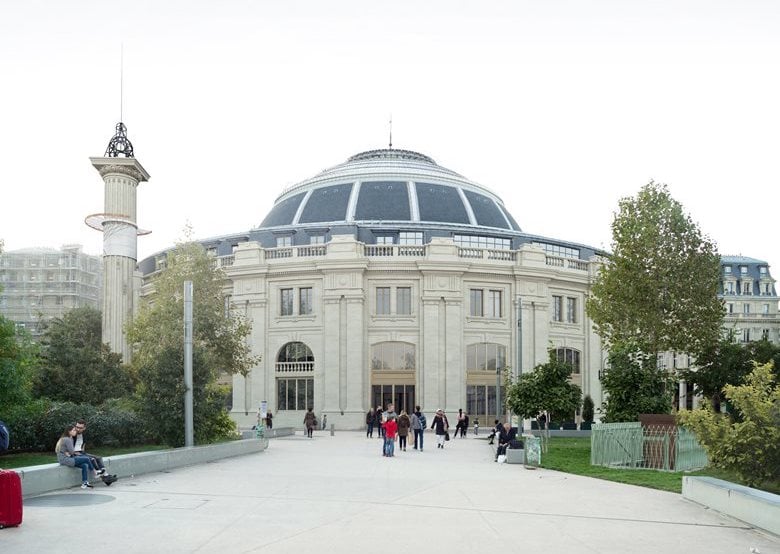 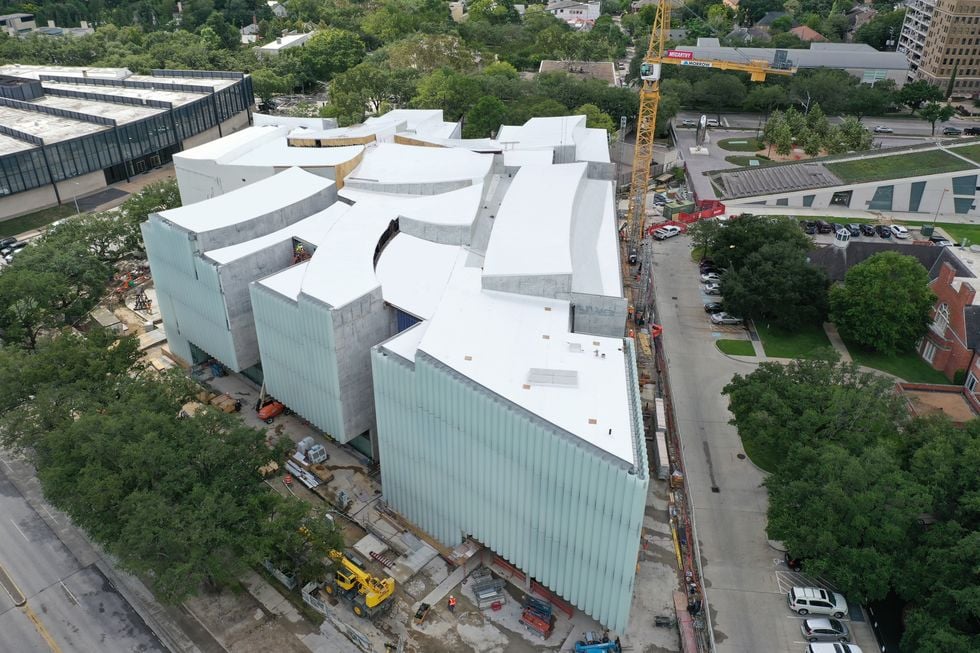 The final piece in the eight-year-long redevelopment of the Museum of Fine Arts, Houston’s 14-acre campus (and off-site storage facilities), Steven Holl Architects’ new Nancy and Rich Kinder Building is officially scheduled to open in November. Characterized by its “porosity,” the 15,236-square-metre concrete museum features a sculptural roofline with sloped and concave elements that were inspired by floating clouds and push on the geometry in a way that allows natural light to filter into the building in a precise manner. Inside, 9,290 square metres of horizontally arranged galleries benefit from this illumination, with the roof’s curved undersides acting as reflectors that catch and cast light across each space. Enhancing this luminosity, the trapezoidal building’s exterior protrusions are clad in tall vertical glass tubes that provide texture and, at night, an ambient glow thanks to their alabaster-like finish. Intersected at the perimeters by seven courtyard gardens, the jigsaw-like structure will be accessible at multiple points and elevations, making it a truly open and welcoming space to the public it serves. 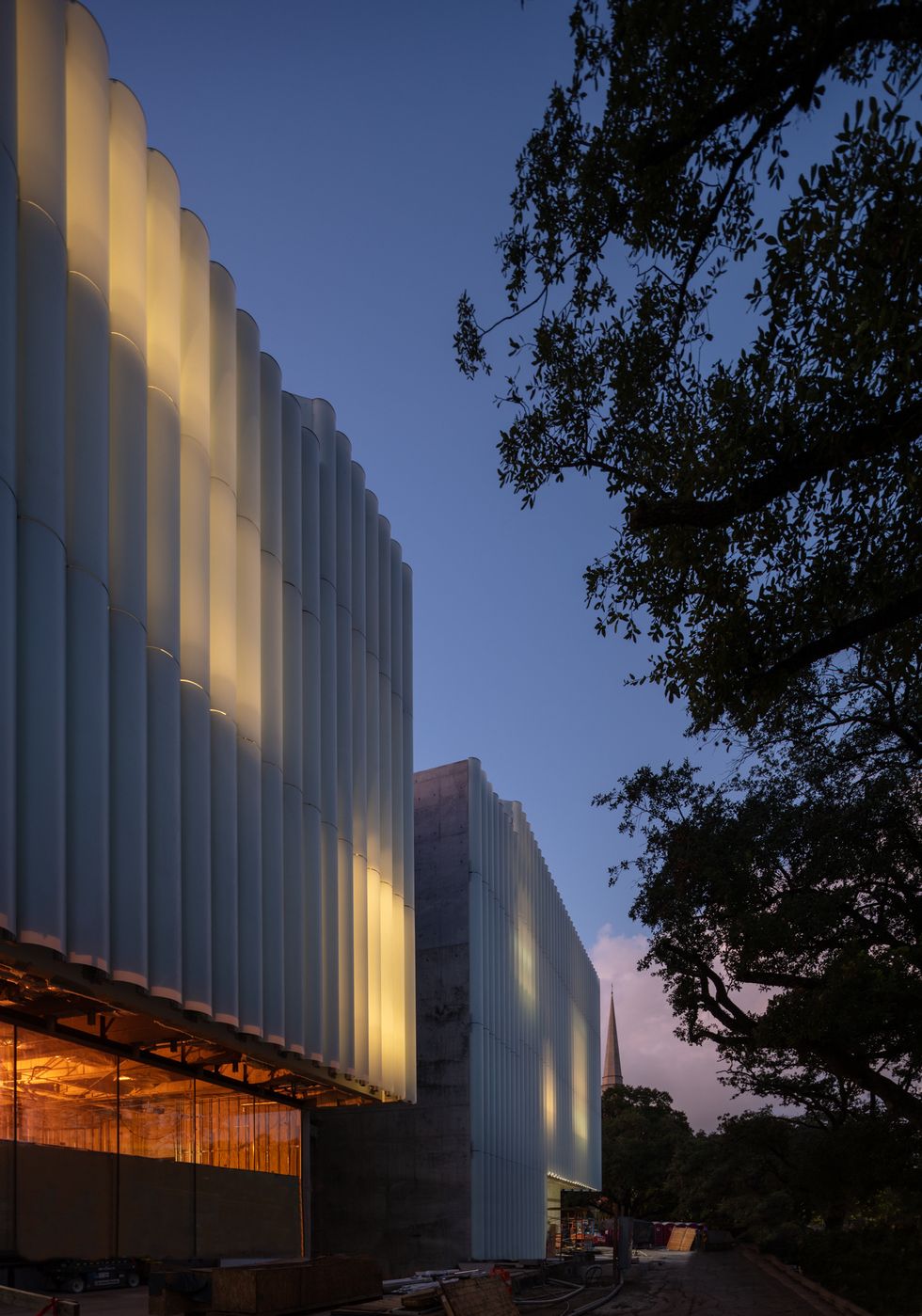 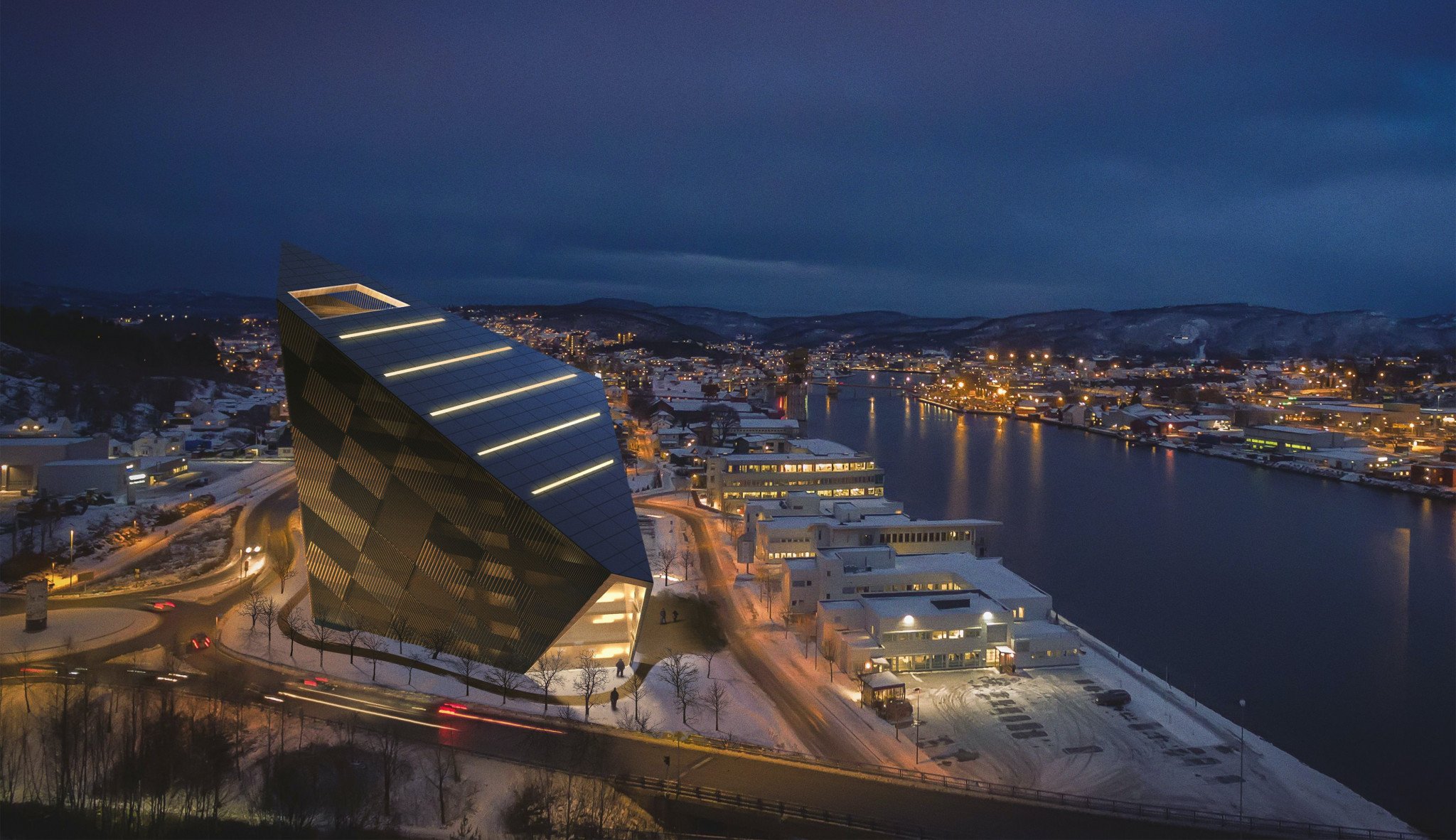 Towards the end of last year, Snøhetta made the proclamation that, moving forward, it would only be building carbon-negative, energy-positive structures. It’s not a surprising statement for a firm that has spent more than a decade researching and experimenting with buildings that “pay back their CO2 footprint over their lifetime by returning clean energy to society.” Having completed the world’s northernmost energy-positive building, Powerhouse Brattørkaia, in 2019, the firm is slated to finish Powerhouse Telemark by the middle of this year.

Located in the town of Porsgrunn, the 11-storey office tower’s distinctly slanted diamond shape was determined by its surroundings and positioning to the sun in order to harvest a maximum amount of solar energy. Its faceted face will feature a mix of cladding – photovoltaic solar panels, transparent glass, wood and recycled materials from a nearby demolition site – and will produce more energy than it consumes, with rooftop solar cells, heat exchangers and heat pumps supplying the entire building with heat and electricity. Projected to generate more clean and renewable energy throughout its 60-year lifespan than was used for its construction, Powerhouse Telemark will raise the bar for energy conscious and sustainable architecture.

9
Museum of Image and Sound by Diller Scofidio + Renfro 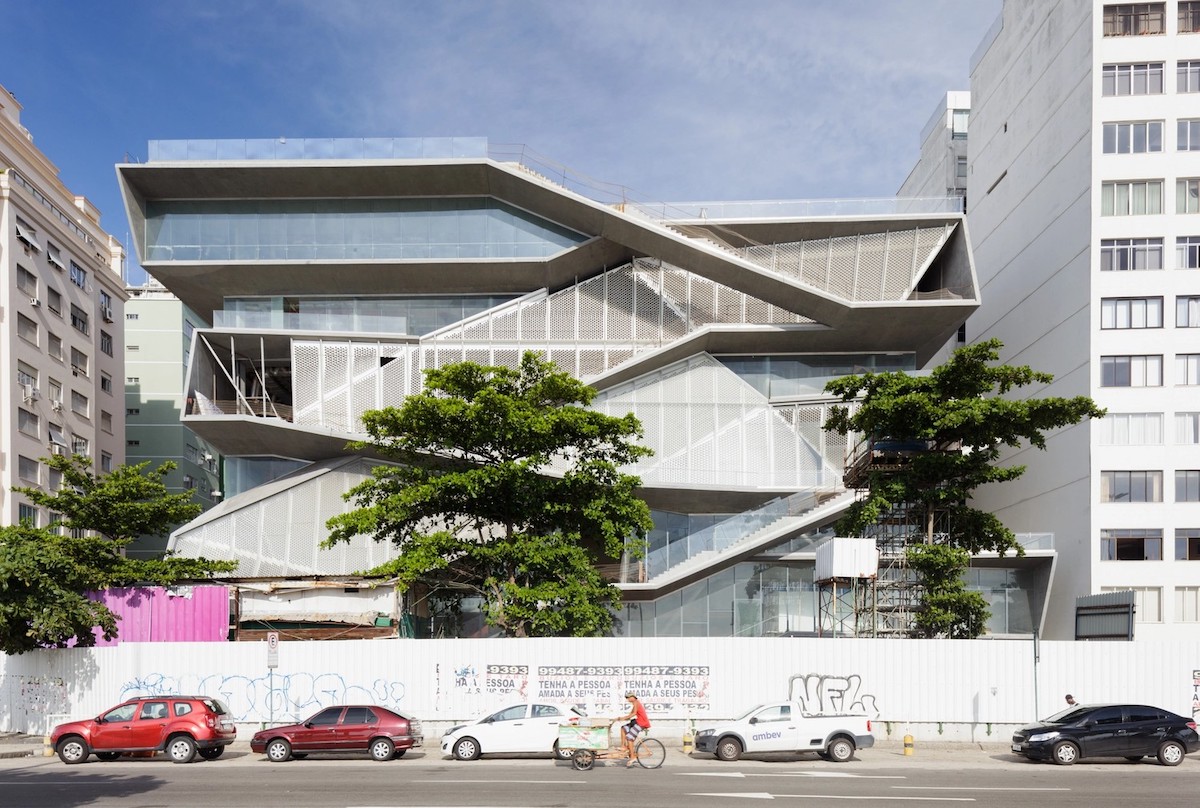 There’s no shortage of inspiration to be found on Cobacabana beach. From the sandy beachside promenade designed by Roberto Burle Marx to the dramatic ring of green mountains that frames the city, the urban landscape opens out to a seemingly iconic panorama at every turn. It’s to Diller Scofidio + Renfro’s credit that these influences were channeled into a design that feels refreshingly original and dynamic – yet contextually rooted. 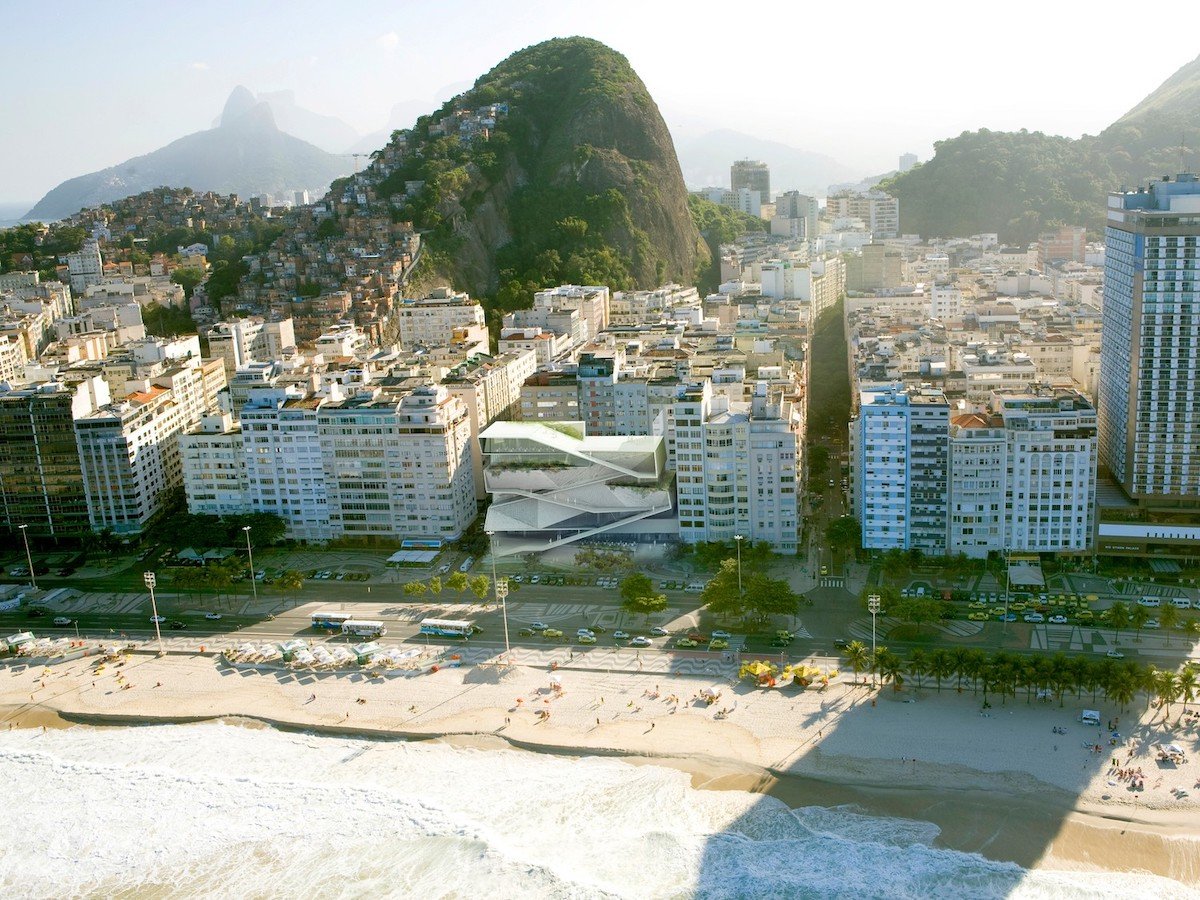 Translating the playful zig-zag rhythm of Burle Marx’s promenade – and the Rio landscape – across the building’s facade, the Museum of Image and Sound’s (MIS’s) animated exterior reads as an extension of the beachside hangout. It all culminates in a rooftop space that will host al fresco screenings – and offer new vantage points of the city. 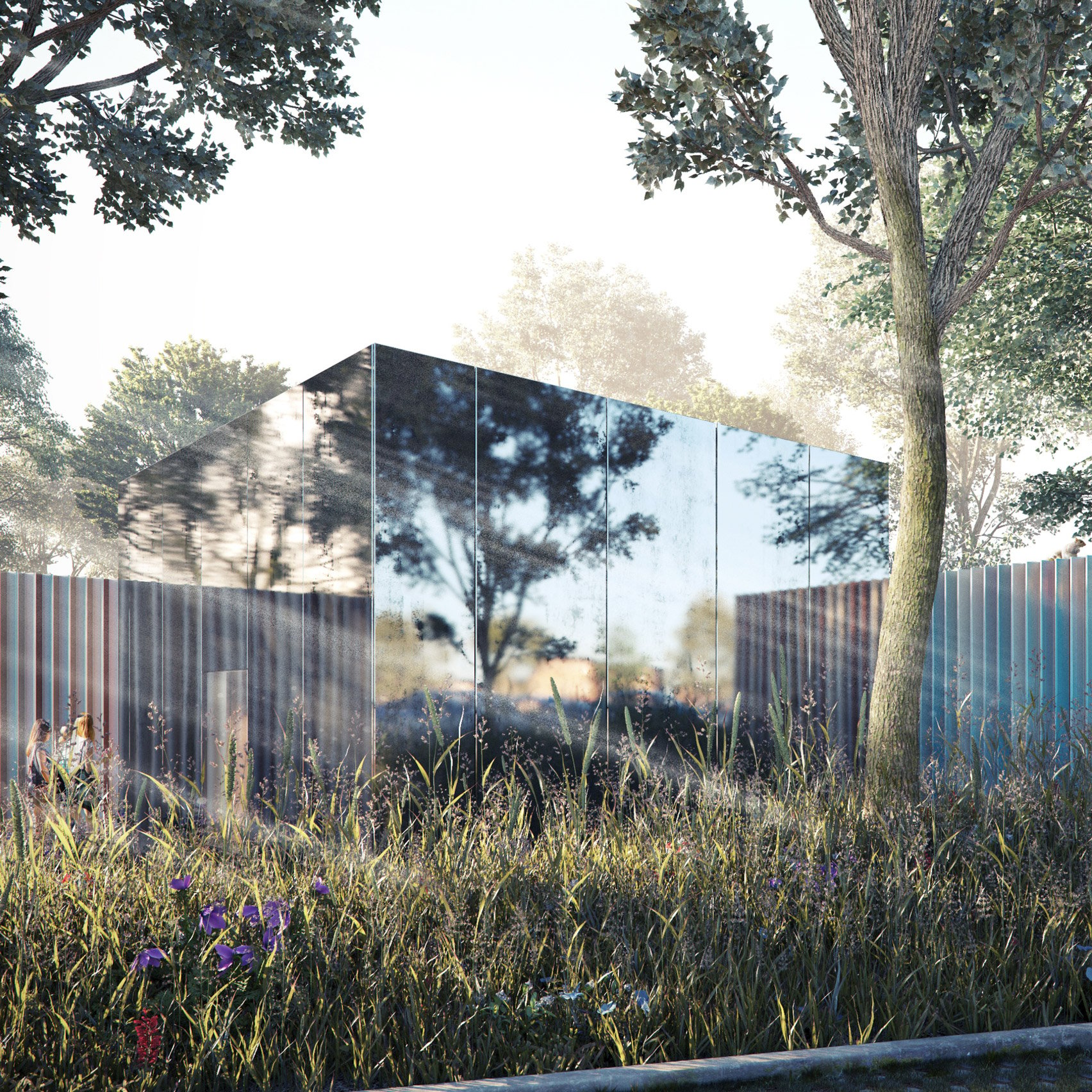 Nestled alongside a bustling hospital complex, the nearly completed Maggie’s Centre Southampton emerges from the roadside greenery with a deferential presence. It’s by far the smallest building in a sprawling institutional compound – and the smallest on our list. But it promises to be a vital place of respite for cancer patients, designed – even indoors – as a garden landscape that counteracts the concrete austerity of its surroundings. Designed by AL_A‘s Amanda Levete, the drop-in care centre will be the latest addition to the Maggie’s Centres that now dot the UK, featuring designs by the likes of Frank Gehry, Foster + Partners and Zaha Hadid. 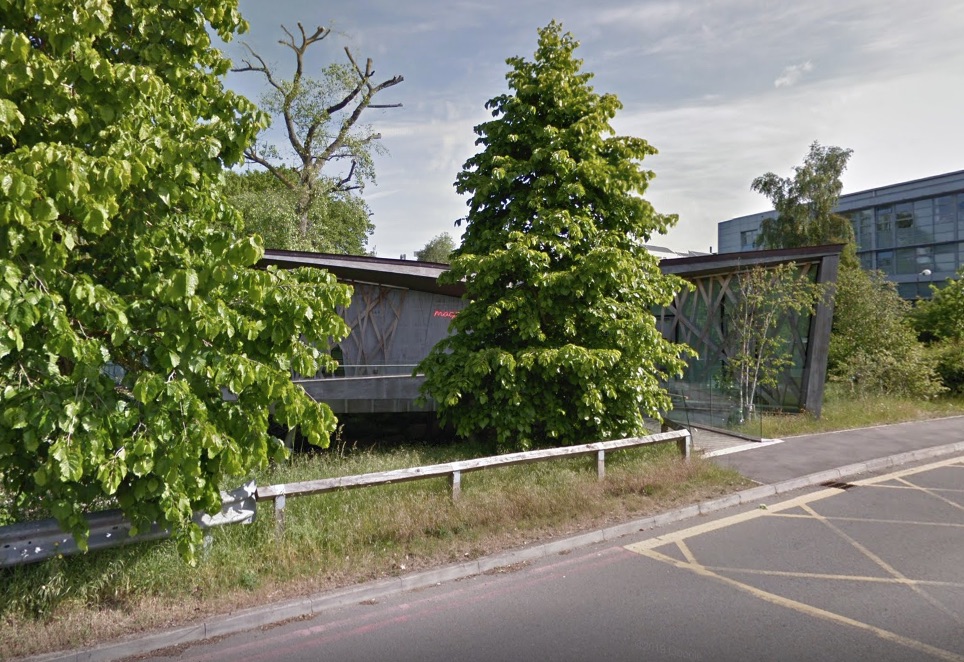