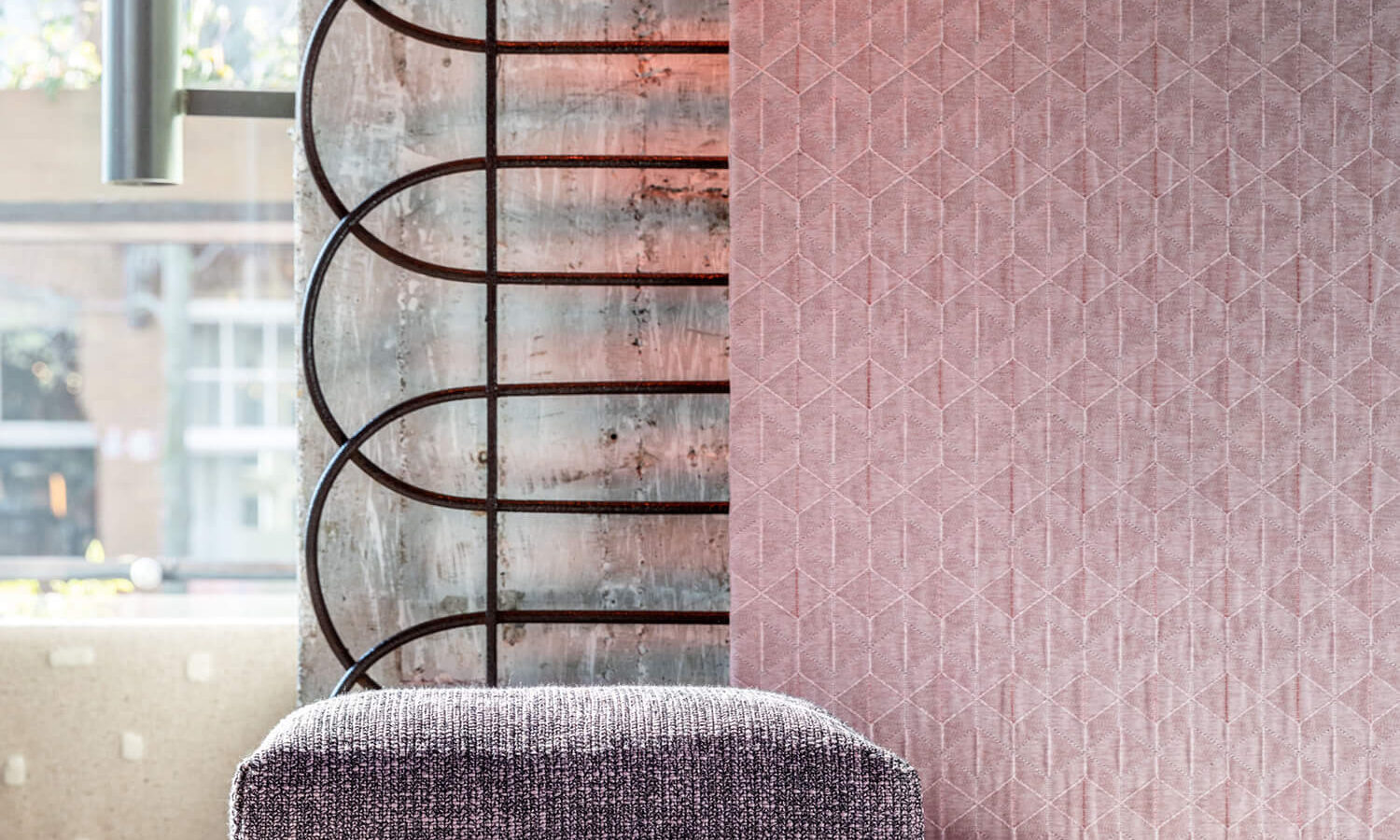 3 Modern Textile Collections Inspired by the Past

Wolf-Gordon, Designtex and HBF Textiles debut upholstery, panel and drapery collections that aim to bring the past into focus.

Aliki van der Kruijs’s collection of contract textiles began with an antique kimono fabric she found while living in Arita, Japan. Drawn to the garment’s grid pattern, the Dutch artist first transferred it onto a porcelain vase, which distorted and stretched the lines. This led to more explorations in dimensionality when she applied the results to polyester blends to wrap around voluminous furniture. The collection’s three patterns – from top, Turn, Slide and Float – shift and realign the linear design to varying degrees. Van der Kruijs developed the 24 available colourways through photographs she took of weather-beaten architectural materials such as corrugated roofs and peeling painted concrete in and around Arita. wolfgordon.com

2
The Bauhaus Project by Designtex

To honour Gunta Stölzl and Anni Albers, two pioneering female weavers of the Bauhaus, Designtex launched a geometric collection of textiles and digitally printed wallcoverings. Employing modern-day weaving technology, the line features recreations of original designs, as well as interpretations of never-before-seen sketches and unexecuted patterns that highlight the women’s influence. Totalling eight upholstery textiles and eight wallcoverings, the series includes Anni Albers’s Jacquard I (left) and Jacquard II (top) – both based on geometric wall hangings she designed in the mid- 1920s – and Mountainous, a matelassé version of a blind embossed Albers print from 1978. designtex.com

Dutch designer Christiane Müller based her series of fabrics around time-honoured milling, knitting and quilting techniques. The axis of the collection is Woven Memory (second from bottom), inspired by Müller’s childhood blanket and made from wool and recycled cotton. Quilted Comfort (bottom and on panel) takes textural notes from under-armour garments worn by 12th-century Crusaders, while Cherished Knit (top) twists yarn together in a way that looks handcrafted. Along with upholstery uses, three of the fabrics are suitable for panel applications and three for drapery. hbftextiles.com

Wolf-Gordon, Designtex and HBF Textiles debut upholstery, panel and drapery collections that aim to bring the past into focus.