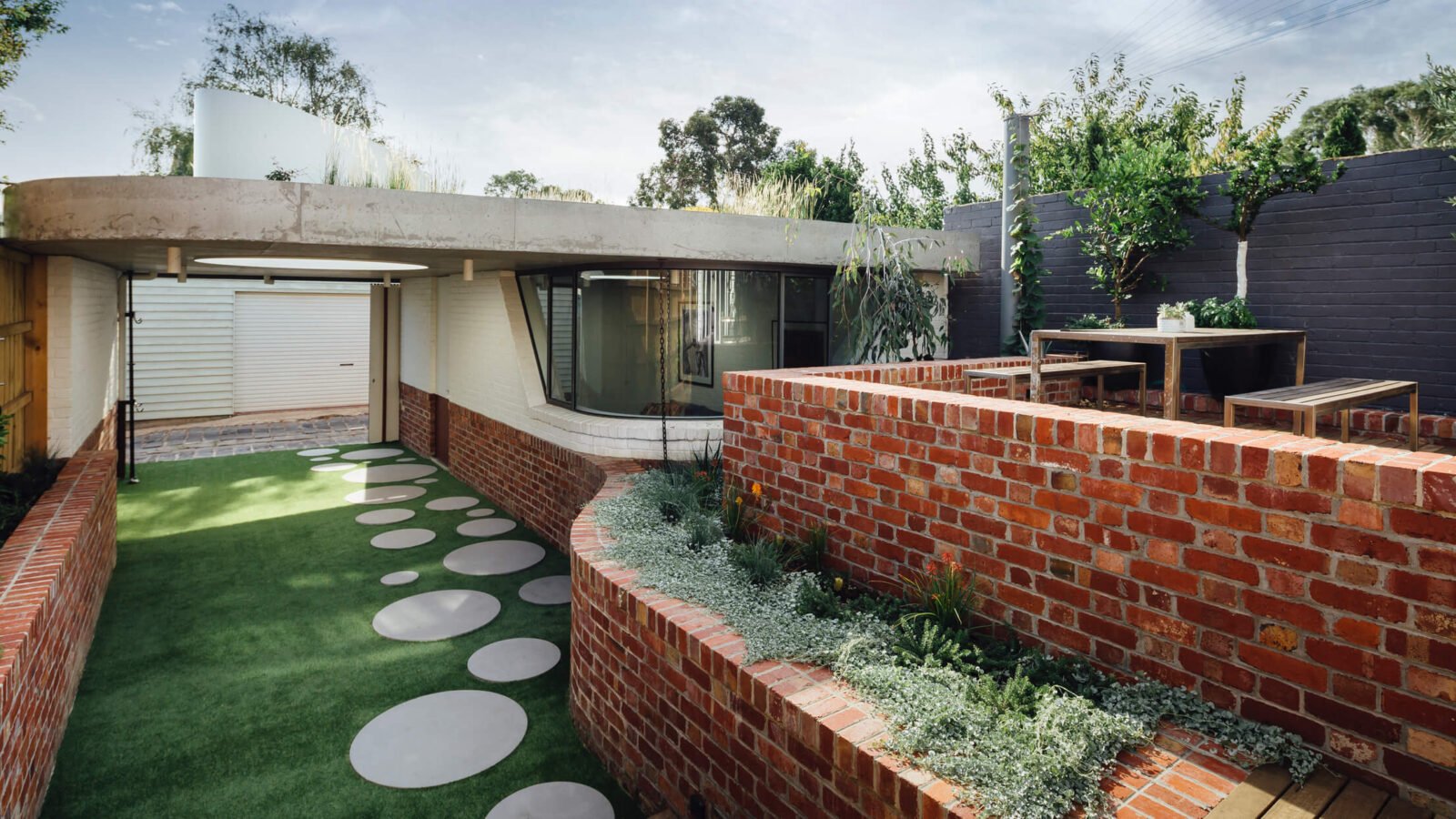 A Melbourne Backyard Rises Above the Fray

A backyard redesign in Australia doesn’t end at ground level.

It isn’t every garden-design project that has a life-sized elephant sculpture as its jumping-off point, but that’s exactly the feature that Australian landscape architect Matt Walsham was asked to consider when he agreed to create a green roof for a backyard studio and carport.

The new structure, designed by Pleysier Perkins for a sloping site behind a single-family home in a suburb of Melbourne, was also entirely exposed, meaning that the roof garden would require hardy, sun-tolerant plantings and a way to irrigate them in extreme weather conditions. The elephant, by artist Geoffrey Ricardo, has yet to be installed, but all of the elements (potential anchoring points, a sufficiently sturdy roof) are in place for the day it does get its perch. 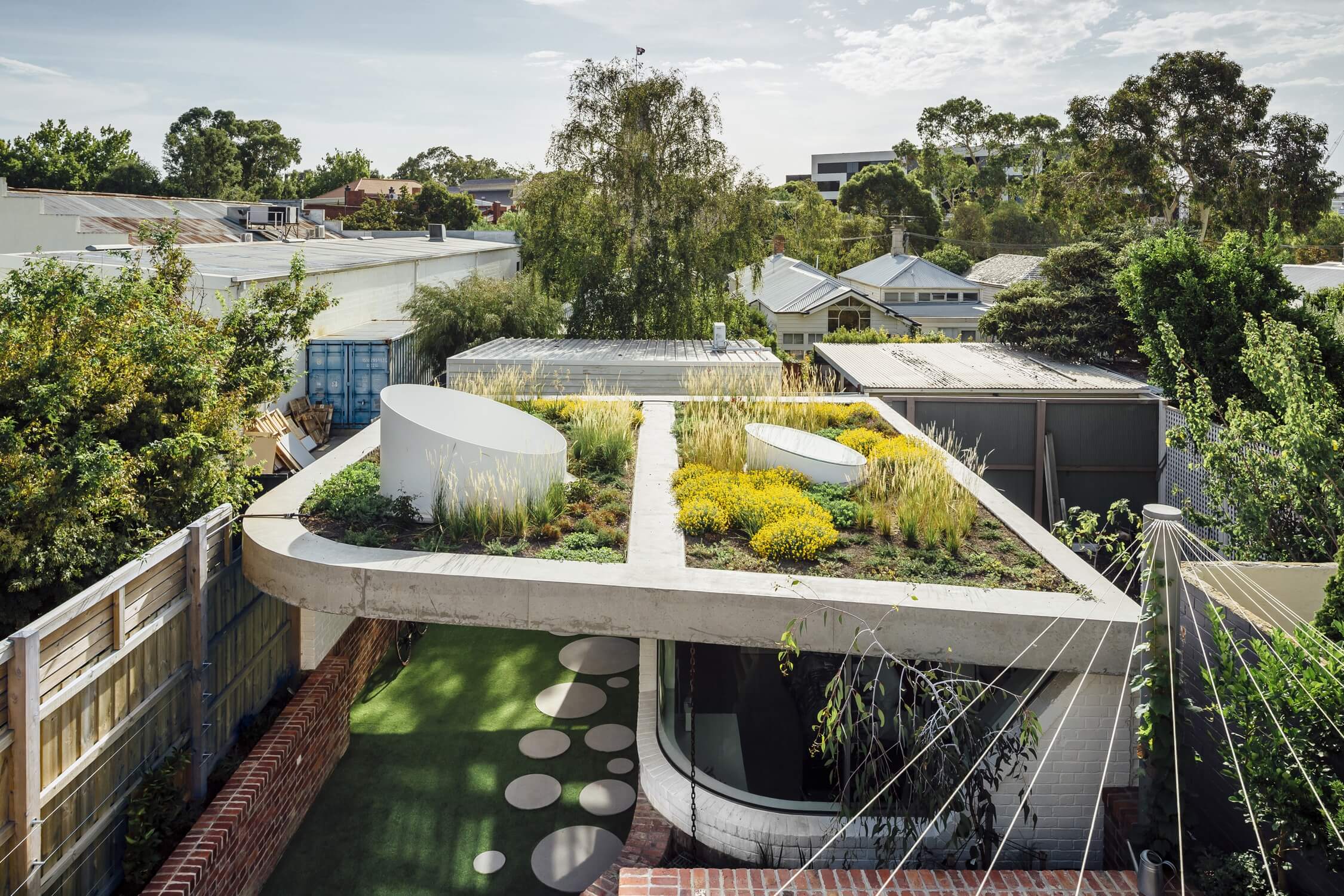 1Vigorous climbers such as Parthenocissus henryana were incorporated so they could tumble over the new structure’s sides and into the void atop the carport.

2The two skylights’ white tapered housings, made of powder-coated steel, direct light into specific areas of the building and yard.

3Intended to evoke a wild meadow, the rooftop plantings not only soften the structure’s hard edges, but also replace the greenery supplanted by its construction.

4The carport’s grassy surface, dotted with circular pavers, doubles as a fun zone, ideal for games of table tennis or kicking a ball around.

In the meantime, the garden as designed by Walsham serves as a lush, low-maintenance capper to the sixties-inspired studio and open-air garage. To accommodate the plants, he worked closely with the architects to integrate “the desired planting depths into the engineering and design of the concrete rooftop,” as well as drainage discharge points and provisions for water access.

To ensure that the rooms below were entirely protected against water penetration, he subsequently layered in a sheet of micron liner, a plastic drainage cell sandwiched between two sheets of A24 geofabric and, finally, a plant substrate, for a total depth of 130 millimetres. Irrigation is carefully controlled through a timed dripper system.

Lastly, Walsham developed the plant palette, a mix of creepers and crawlers, hardy meadow species and other Australian natives. In time, many are projected to cascade over the structure’s sides, softening its edges, filling a few voids – and providing an appropriately jungle-like setting for that prized pachyderm.

A backyard redesign in Australia doesn’t end at ground level.