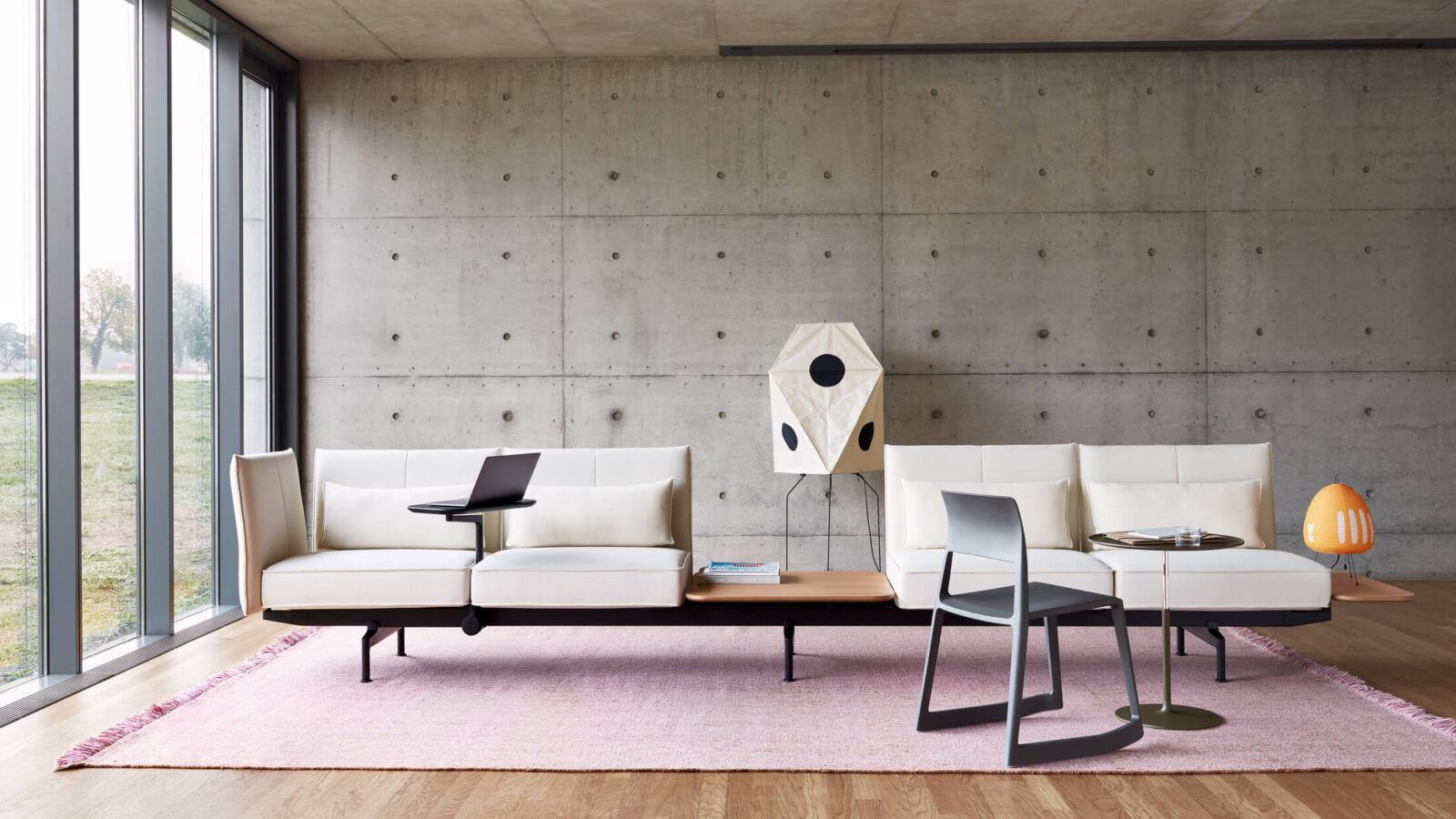 Soft Work is a limitless system that turns public spaces into efficient workstations.

At NeoCon 2019, the contract world continued to show its softer side. Responding to the ever-increasing call for spaces that foster health and wellness, palettes were awash in calming, nature-inspired hues such as sky blue, moss green and rose-petal pink, while acoustic solutions were rendered in materials, shapes and patterns as soothing to the eye and touch as to the ear. Comfort was also abundantly on offer in the form of expansive seating systems.

One standout was Vitra’s new – and aptly named – Soft Work by Edward Barber and Jay Osgerby, which effortlessly incorporated all of these trends. The British designers, who are known for straightforward designs that manage to feel fresh, precise and elegant, first devised the seating system for the Ace Hotel in their home base of London. After observing the “loose and limber” way that business travellers would occupy the lobby, they saw an opportunity to adapt the series for today’s mobile workers.

“It was the right time to systematize this,” says Osgerby of their decision to further refine the modular seating. To that end, they made nuanced yet integral ergonomic tweaks that saw the seat height raised ever so slightly and the flexible backrests elongated, while tuck-away power outlets and charging stations, swivel tray tables and a set of partition screens were introduced.

By putting the focus on sofas rather than desks, the two have addressed the non-static nature of contemporary work culture and done so in a beautiful and inviting way. And since things never stay the same for long, the capability to expand Soft Work is built into its DNA. “This seating system will continue to evolve as needs evolve,” says Barber.

Soft Work is a limitless system that turns public spaces into efficient workstations.