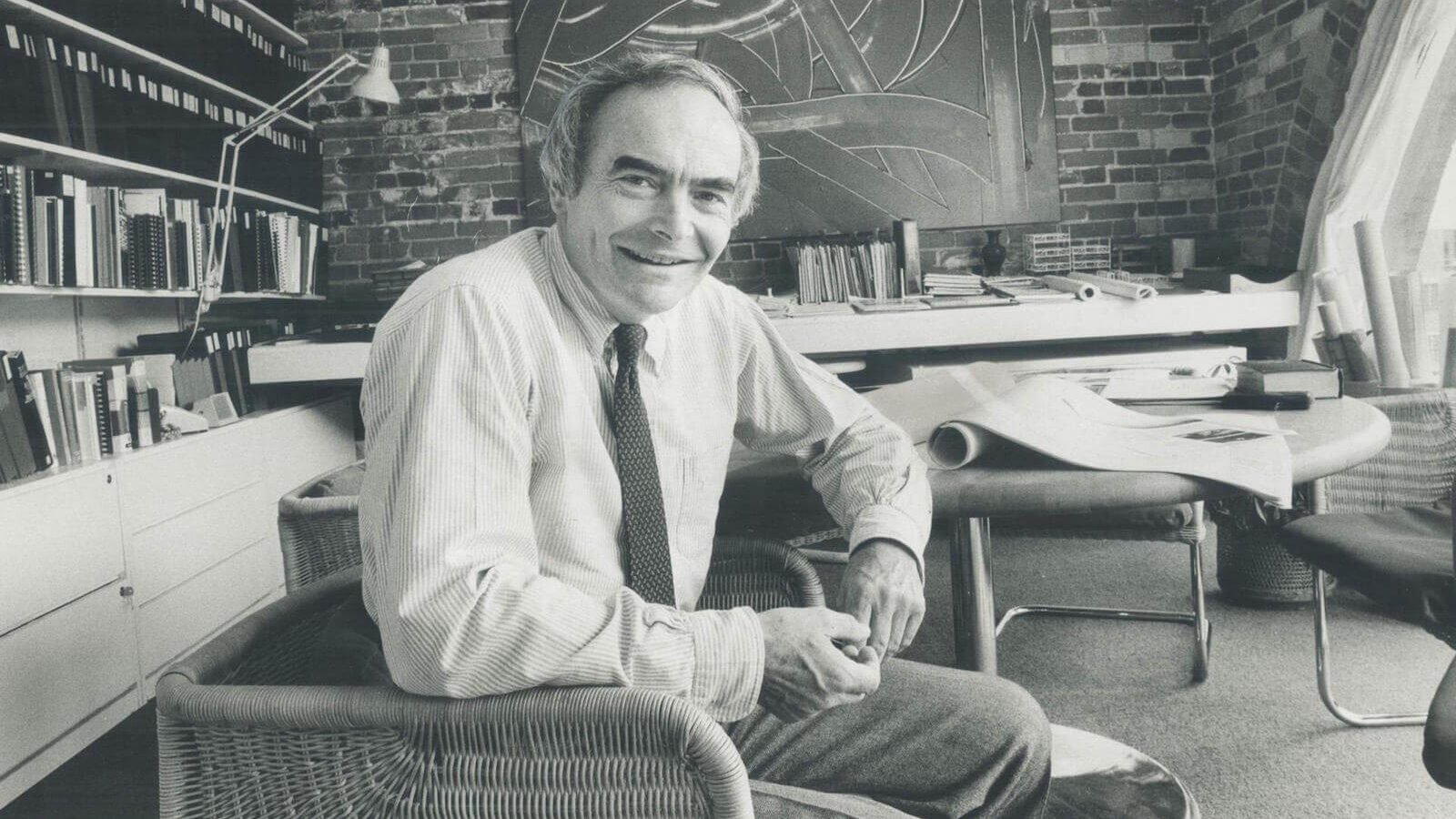 The visionary behind Ontario Place, the Eaton Centre and much more, Eb Zeidler leaves a legacy of city-making projects in Toronto and beyond.

Picture a postcard of Toronto. If it’s a skyline shot, odds are that the spheres and pods of Ontario Place accent the foreground with high-tech panache. If it’s an interior? The Eaton Centre’s soaring atrium frames the suspended flock of Michael Snow’s Flight Stop. And how about out west? A picture perfect view of Vancouver is elevated by the sleek white sails of Canada Place, evoking both the ocean waves and the white-capped mountains that define the Pacific metropolis. These are buildings that transcend the architectural canon to become part of our national consciousness. 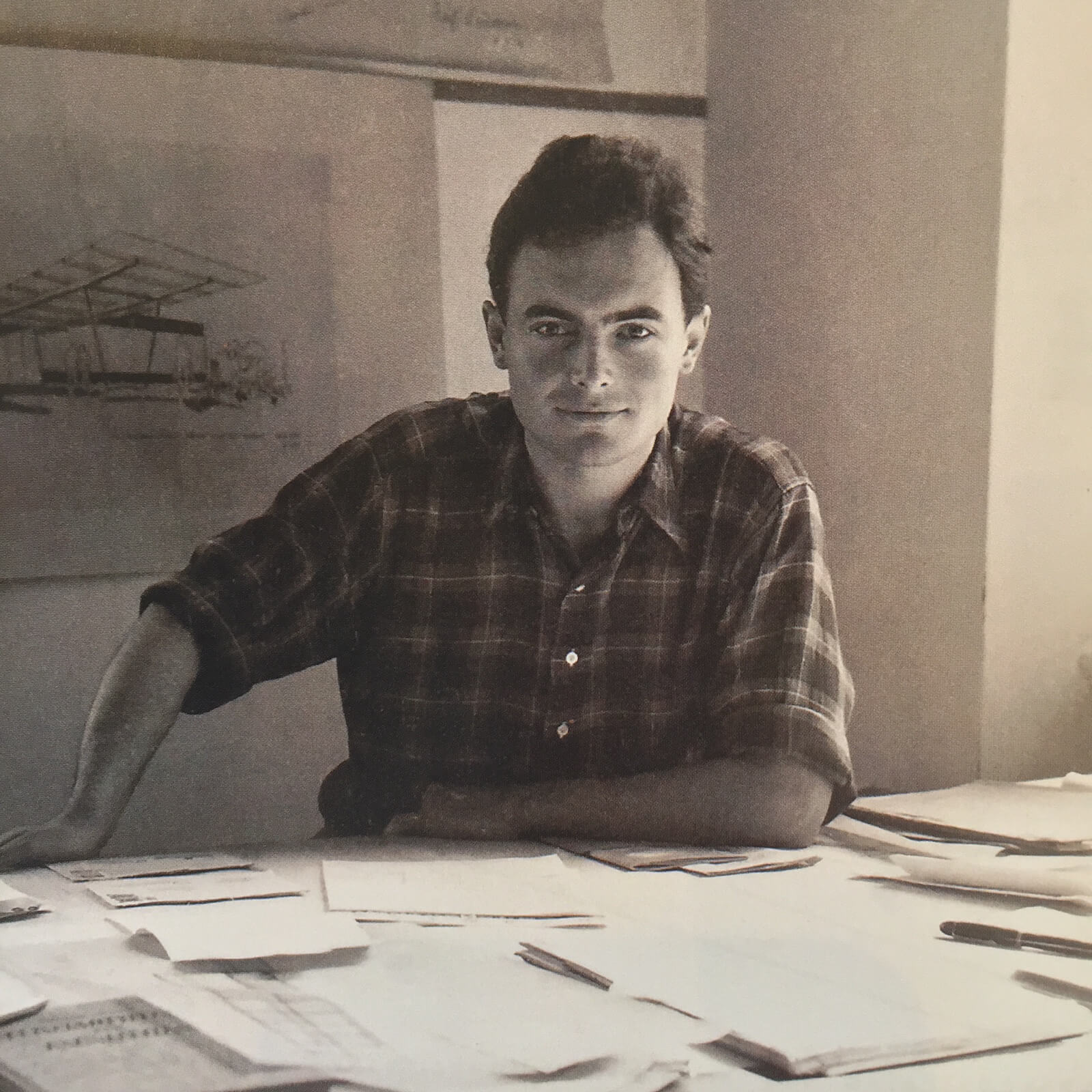 They are the work of Eberhard Zeidler, the visionary architect who passed away in Toronto on January 7, 2022. He was four days shy of his 96th birthday. Born in the village of Branusdorf in 1926, he was conscripted into the German navy as a teenager in the closing days of World War II and Nazi rule. After the war, he began his architectural education in the East German city of Weimar, before fleeing to West Germany and then emigrating to Canada in 1951. 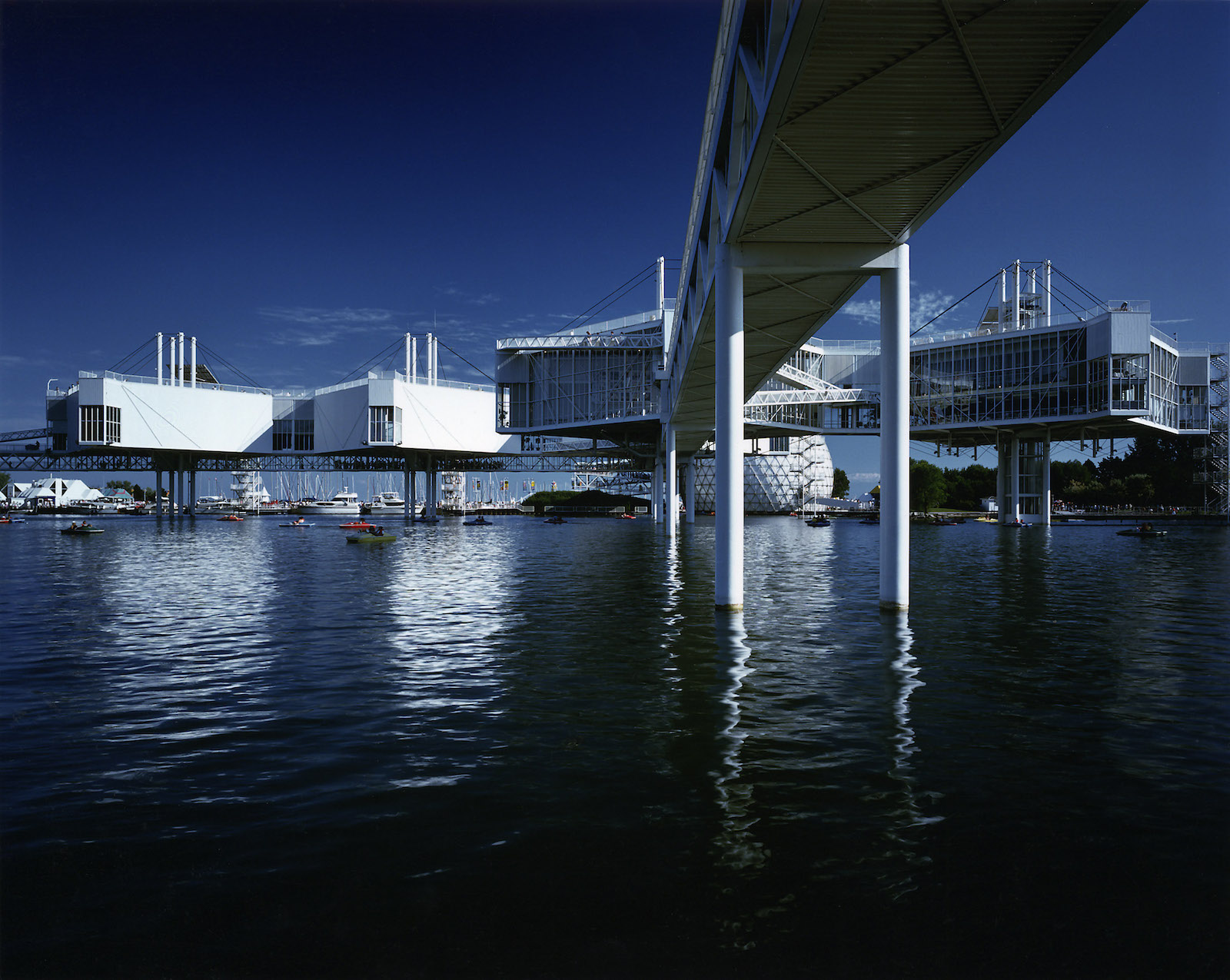 After relocating to Toronto from the Ontario town of Peterborough, where he initially worked as a draftsman, Zeidler gradually developed a portfolio of Bauhaus-inspired design. The early commissions included a pair of churches, a hockey rink and a handful of public buildings that together brought an elegant dose of modernist refinement to 1950s Ontario. As Zeidler recounted to Alex Bozikovic in 2013, Canada’s early mid-century design scene was still “pretty primitive.” Yet soon enough, everything changed — and Zeidler had a major hand in that.

In the long afterglow of Canada’s Centennial Commission and Expo 67 — and the progressive architectural culture that it spurred — Zeidler became a leading national figure. Completed in 1972, the McMaster University Health Sciences Centre was an early watershed, combining the infrastructural optimism of high-tech design with a patient-centred sensibility that prioritized natural light and openness as part of the healthcare experience. 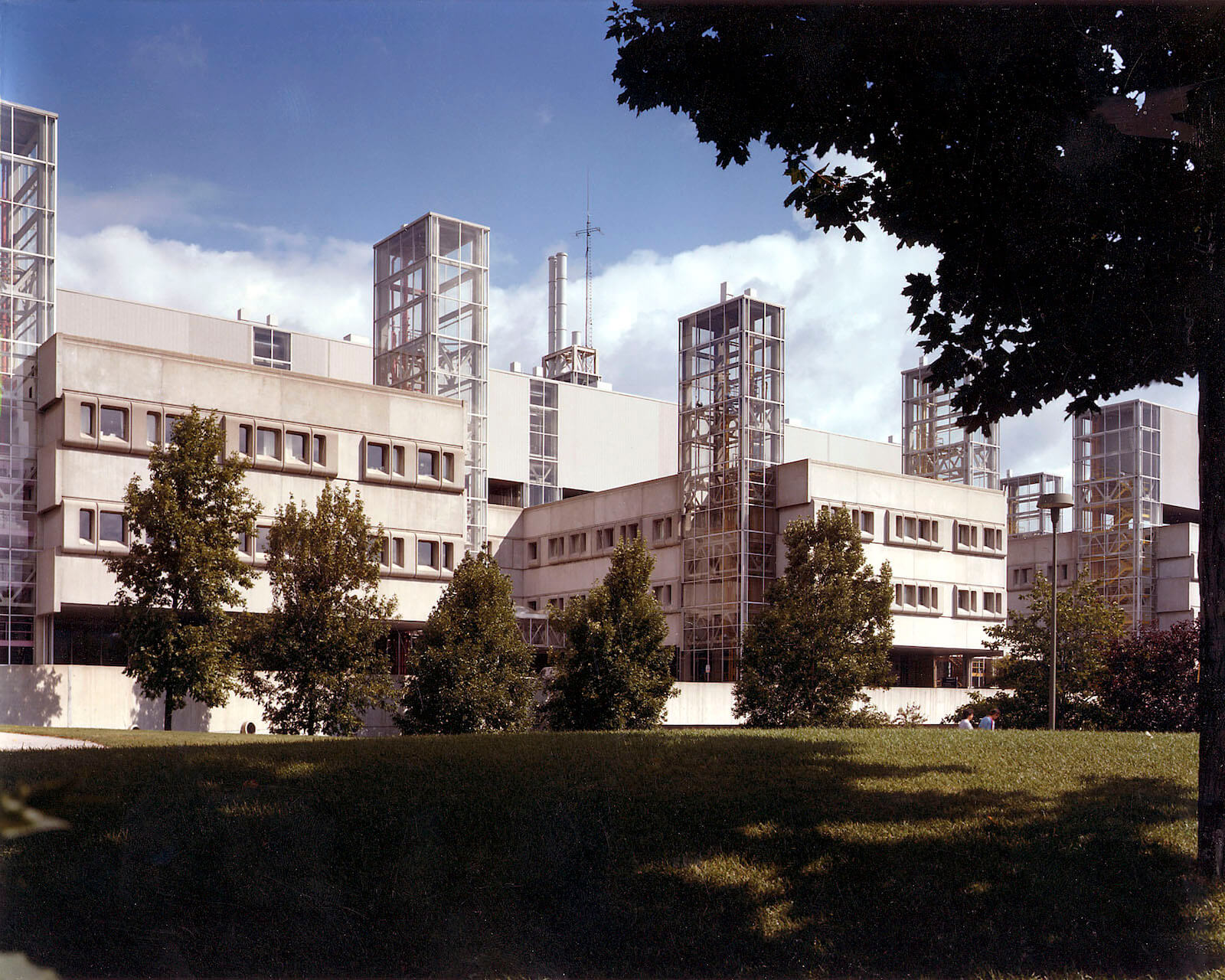 Described as “obsolescence-proof” by the World Hospital Congress, Zeidler’s design isolated the hospital’s mechanical functions between the building’s thick floor slabs, allowing relatively easy flexibility as needs changed — with the aim of avoiding costly demolition and refurbishment in the process. Combined with a prescient emphasis on holistic patient wellbeing, the complex’s integration of research and healthcare was especially innovative. While the building did eventually become obsolete, the design continues to represent an ingenious paradigm. Zeidler’s influence in healthcare design, overall, would help to usher in the era of the atrium hospital and introduce quality of space to drab institutional settings. A later project, the Slaight Family Atrium at Toronto’s SickKids Hospital (completed in 1993) also created an open and elegantly playful environment for healing. In lieu of a maze of corridors, it organized circulation around a delightful, post-modern inner courtyard. 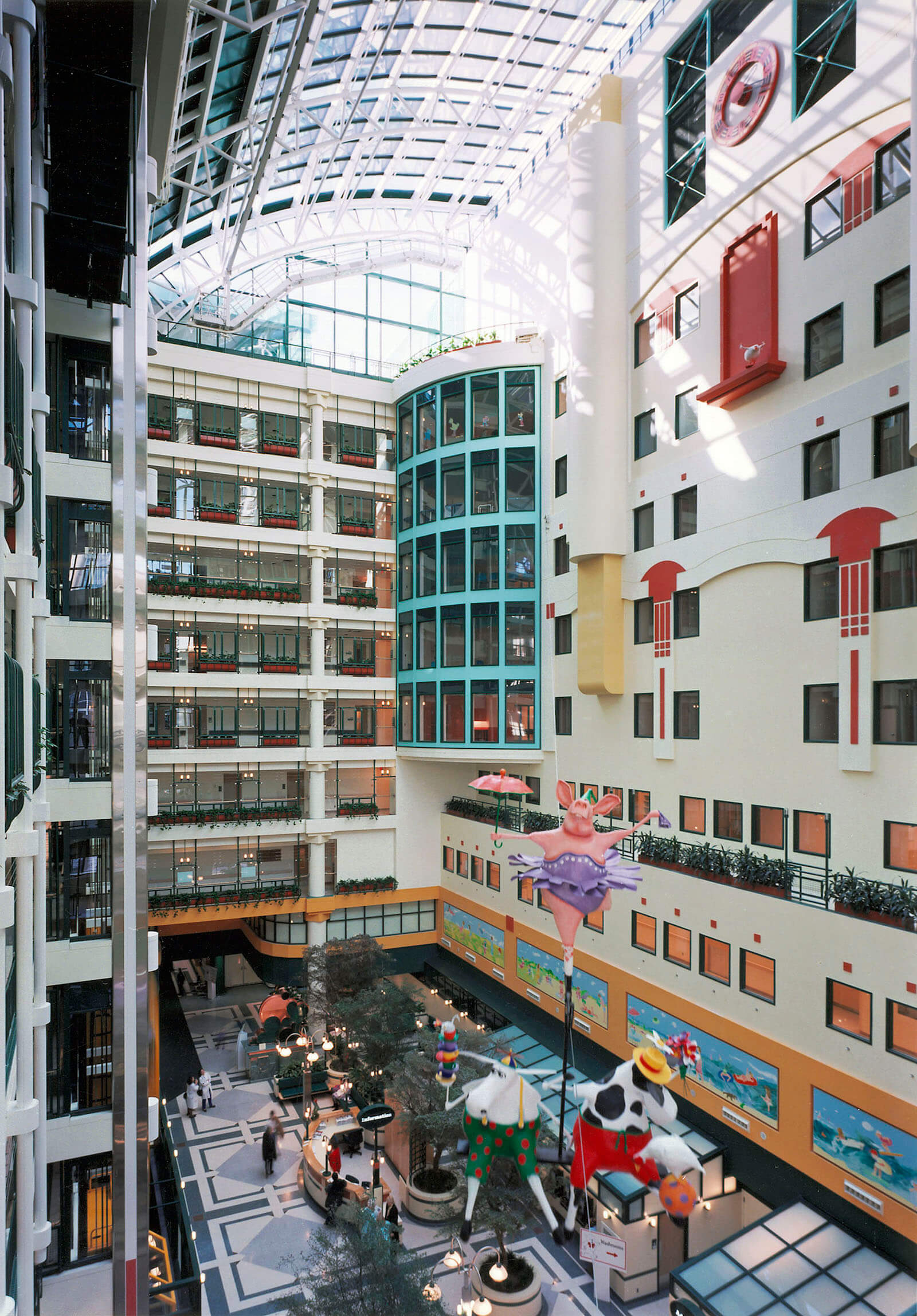 Throughout the 1970s and ’80s, Zeidler was everywhere. Informed by Archigram and the paper architecture movement, his early major projects translated the avant-garde optimism of high-tech futurism into built form. Toronto’s Eaton Centre shopping mall was conceived as an “interior street” that would bring a new destination to the city’s urban core. Inspired by Milan’s Galleria Vittorio Emanuele II, the result is a strikingly open promenade — and a commercially successful mall. The complex shaped Toronto’s downtown and sparked a debate that continues to this day: Did the Eaton Centre save downtown by successfully adapting the shopping mall for the heart of the city or help destroy it by drawing traffic away from surrounding streets? Perhaps the answer is somewhere in the middle, but one thing is certain: to this day, the Eaton Centre represents an energetic convergence of the retail mecca with the public realm. 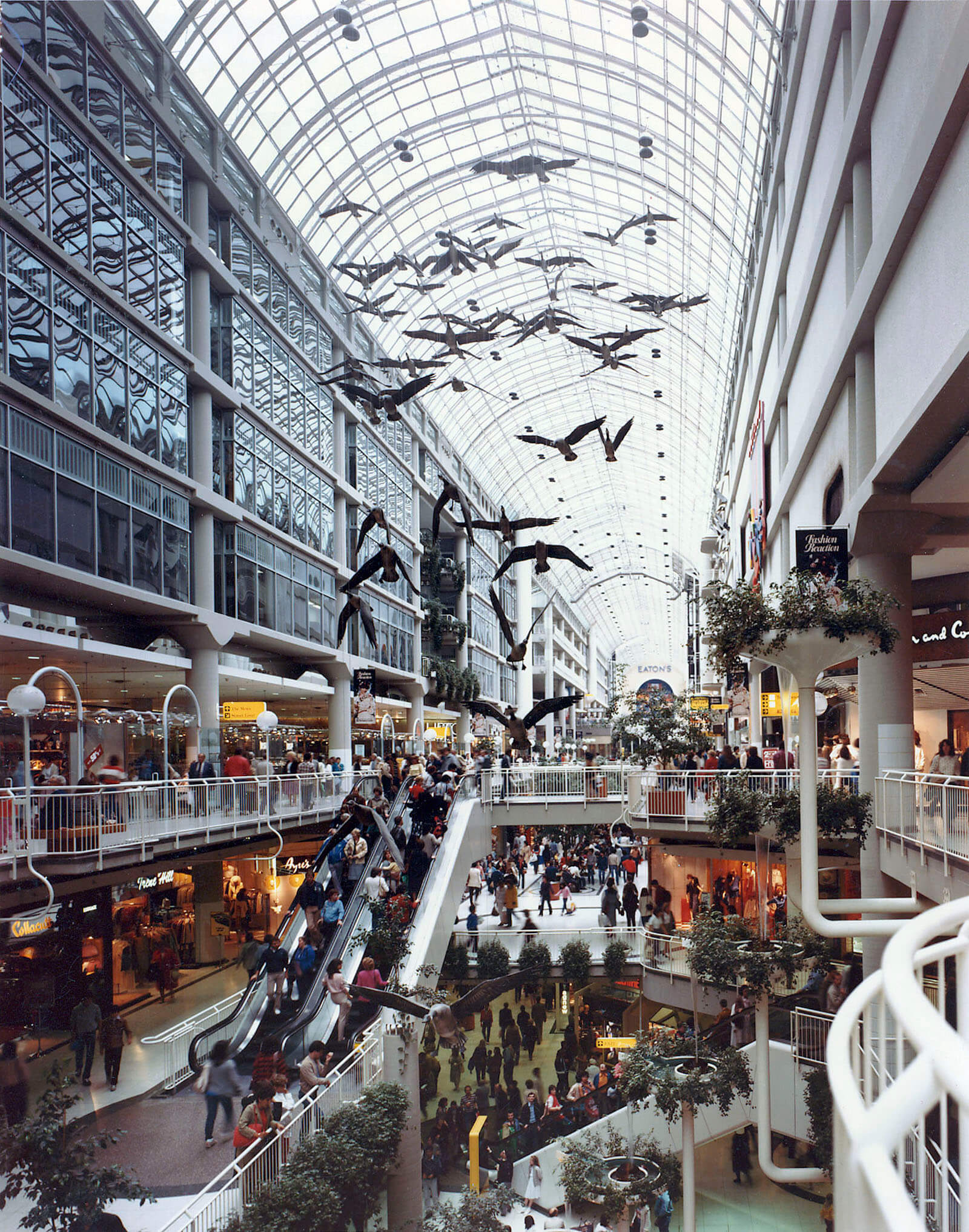 On the waterfront, Toronto’s Ontario Place is perhaps Zeidler’s most iconic and universally beloved project, one that both everyday Torontonians and architects feel fiercely protective of to this day. Its design is a celebration of infrastructure and public life: The space incorporates an event venue and entertainment hub into an iconic park; above a novel human-made lagoon, a series of exhibition pods are suspended above the water, alongside a geodesic-like dome that housed the world’s first IMAX cinema. Complemented by a thoughtful and engaging landscape design by Michael Hough, the futuristic venue brought a new type of space to the city, combining a marquee destination with a democratic spirit. 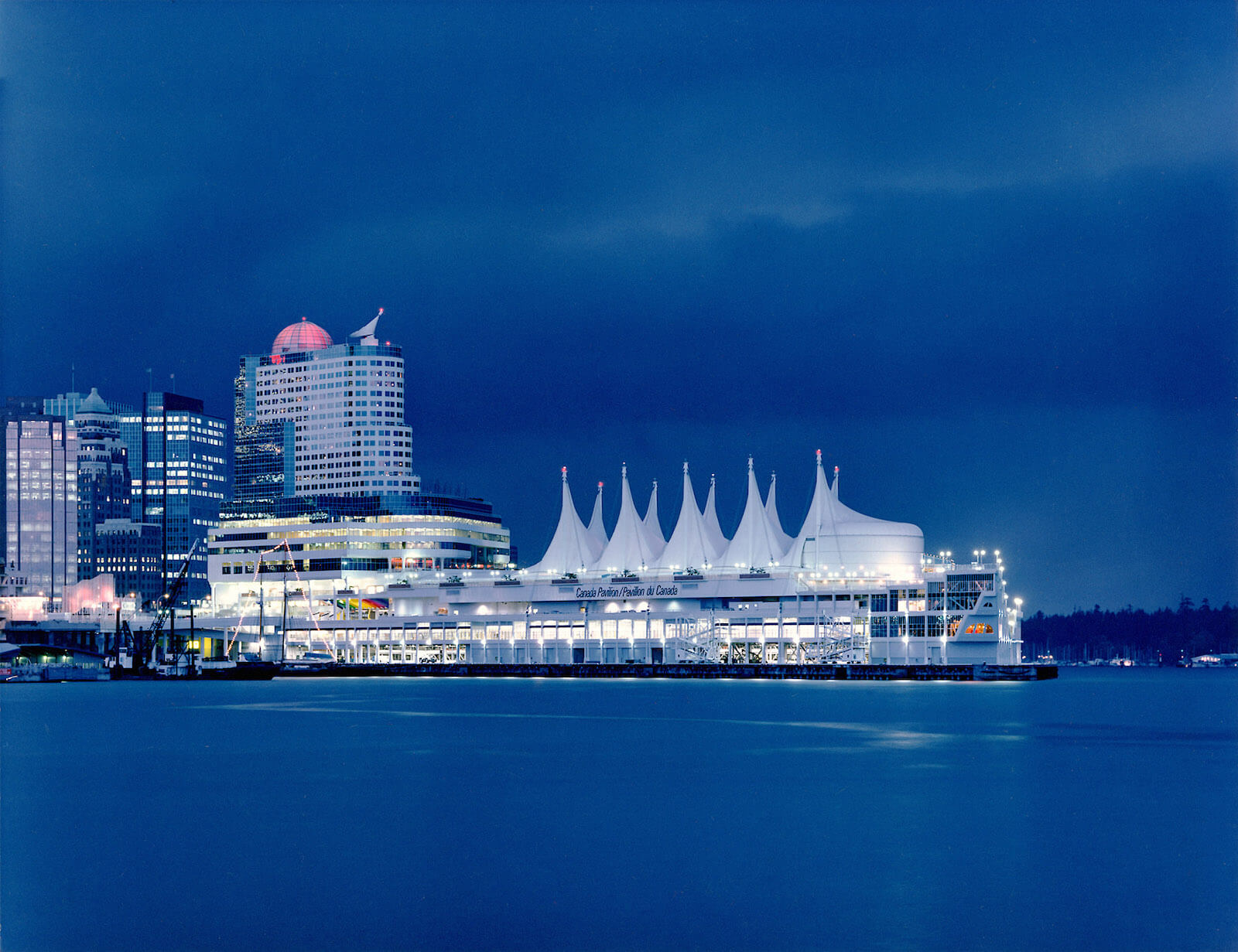 In the 1980s and 90s, Zeidler’s fascination with post-modern expression resulted in a wide range of residential and commercial projects. They aren’t all classics, but they remain powerful reflections of an era — and of Zeidler’s distinct architectural ethos. Even in his 70s, he was deeply involved in the downtown culture of Toronto: In 2005, he led the redesign of the then-derelict Gladstone Hotel into an arts hub with a heart of gold. Zeidler retired from daily practice in 2008, but his firm, Zeidler Architecture, has continued to produce some of Toronto’s most noteworthy residential towers and public projects. Yet the era of ambitious Canadian public design has largely passed, and today such landmarks as Ontario Place and the Eaton Centre — and modernist heritage writ large — face gradual erasure.

But Zeidler’s principles offer an enduring lesson. “He adapted with the time. He didn’t have a particular style or aesthetic that he kept pushing, but he was highly sensitive to site context and public good,” says Vaidila Banelis, Senior Partner at Zeidler. “And that’s something we strive to do this day.”

Zeidler is survived by his wife Jane, and his children Katie, Robert, Margie and Christina.

The visionary behind Ontario Place, the Eaton Centre and much more, Eb Zeidler leaves a legacy of city-making projects in Toronto and beyond.