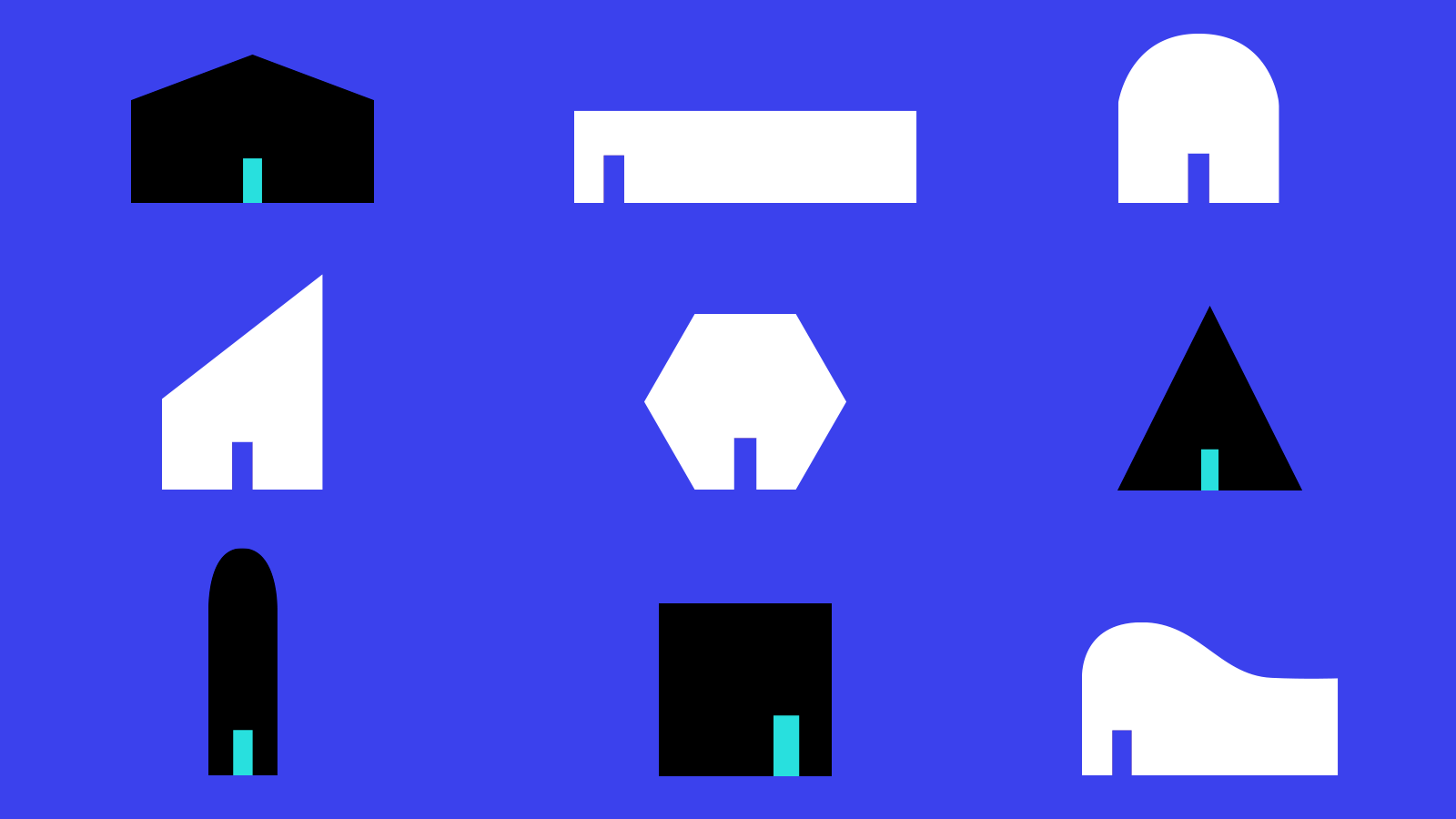 Last week in my Slovene class we had to write a theme: “Moja idealna hiša” – my ideal house. My classmates answered this prompt rather honestly: one’s ideal house is “yellow” and “old” (this is Slovene I), and another’s is “practical” with “fruit trees in the garden.” A common theme was “velika, a ne prevelika” – big, but not too big. Eventually, it was my turn. I made a joke. I said, in Slovene: Because I am an architecture critic, my ideal house is big, expensive and modern. Readers of this publication know it’s a stereotype for a reason. Log onto ArchDaily or flip open the pages of Architectural Digest and that’s what you’ll find: big, expensive, modern houses meticulously detailed and composed of the finest materials, each preciously sited in pristine mountains, exotic jungles, upscale European suburbs, or cantilevered over the hills of California. All far cries from big, yellow, and practical. Or from my own ideal house: a three-bedroom 60s condo with bike storage.

Yet architecture — or at least, much of architectural media — doesn’t agree. It seems to still regard the bespoke single-family home as a kind of pure expression of the craft — simple, formal and unbothered by the peskier plagues of public and large-scale projects. If the affordable multi-family five-over-one is harried by the drudgery of design reviews, zoning battles and budgets, the single-family home in an idyllic site is a pleasurable, aestheticized execution of the architectural ideal, which is to say, architecture as an expression of form and the execution of good taste. It’s a piece of art that just so happens to be inhabited (something that’s oft forgotten as many architectural photographs lack within them human subjects). And I get it. Yet, the more “house porn” I consume — and I have to consume it for work — the more I find myself rolling my eyes, wondering: who exactly is this for? Who lives like this? Why should any of us normal people — or even the field itself — care so much that you’ve created a sweeping villa featuring an athletic concrete cantilevered roof that pays homage to the peaks of mountains and the vernacular architecture of xyz? I’ll take the polemical stance: we shouldn’t.

This “house porn” has been a feature of architectural production and dissemination since both the dawn of the field and its subsequent relationship with both specialized and mass media. Frank Lloyd Wright and House Beautiful, every American modernist and Arts and Architecture, the list is endless. But the modernists’ relationship with media went two ways — as much space was devoted to explaining architecture to the layperson as with wrestling (albeit through a largely technocratic gaze) the issues of the day: housing, poverty, environmental degradation. Of course, there were also a lot of pretty houses, and of course these threads continue in our present discourse. Yet, pick a random project in the field’s glossier publications and you’ll find that the single-family house has grown further and further from any kind of discourse or ideal beyond formal spectacle.

So and so designer has a playful living room. Such and such sole-proprietorship has crafted a perfect hideaway for an eclectic client whose job is never revealed. Such and such luxury building product looks just like real stone. Nary a mention of politics (especially not class politics). Sometimes there is a bit of light environmental discourse, if the home in question is built to Passivhaus standards or uses recycled material or is superficially deferential to the rainforest plateau it’s suckered to. Ignoring that it probably cost millions of dollars and the annoying fact that anyone who can spend that much has a far bigger carbon footprint than you or me.

As I said before, it is so far from my personal reality and the realities of others, it may as well be alien. Very few of us live in architecture. We live in vernacular. We live in “multi-family residentials,” shaped by so many planning and financial restrictions that they seemingly cease to be architecture and instead become “projects.” The firms that build the more artistic of these projects are medium-sized companies — with the staff to handle so many complex interlocking parts and restrictions — like Kanopy or Morris Adjmi, or mega-firms like Perkins&Will. Most are constructed by the countless local nobodies and non-profits tacking up a five-over-one where a parking lot used to be. One of the best places to find interesting projects is not ArchDaily but New York City’s own Housing Preservation and Development website, which has a well-hidden list of “featured projects,” all of which are built using public funds. You probably will not see, for example, “263-267 W 126th Street” in Harlem, built by “Lemor Realty Corporation & Apex Building Group” — a 100 per cent affordable city-funded mid-rise residential development featuring some rather tasteful massing and all-brick material unity — on the cover of Architectural Digest, which is a shame.

But the big boys? The Robert A.M. Sterns and Bjarke Ingelses among us? Theirs is the realm of the supertall, the luxury condominiums, the vertical house porn that has infinitely more relevance to the world of architecture, yet which remains separate from the reality of living. The message is clear: without the restrictions of money, only then can architecture be free. It is, however, much more likely that any given architect will find that freedom at the scale of the single-family home. Thus it becomes the truest expression of architecture, thus it perpetuates the myth of the architect as sole genius, a kind of bespectacled sculptor of space. Thus the cycle of prestige and importance continues. A building, we often forget, is for people — not for magazines, and not meant for special interpretation solely by architects.

As a critic, it’s also plain boring. I am more interested in what one can do with great constraints than what one can make with carte blanche. It is not challenging to make a nice-looking house when your client buys the land and hands you a million dollars. But to make homes for five hundred families? In the city? Balancing the need for good design with affordability? For a non-profit developer on a public housing budget? That’s a way bigger deal.

Credit where credit is due, the Pritzker Prize recently went to Lacaton & Vassal, a French firm known for its retrofits and public housing. The Prize itself has looked more and more towards diverse voices and forms. Some of the old school pubs (including Metropolis and even Dezeen) have started to acclimate to the changing discourses of architecture away from form-making — and thus necessarily becoming intertwined with politics — or at least those vague notions of “the city” or “the public.” However, many other institutions and media have not caught up. Today, I looked at ArchDaily and found a single entry published about an apartment building, compared to four published about single family homes and another four on installations/biennials/PR. Open Architectural Digest and you’ll find it’s Rich People’s Houses Digest. HGTV doesn’t have a show called “Apartment Hunters.” This is simply to demonstrate that this cultural fixation transcends both trade and mass publications — and is increasingly out of touch with the financial circumstances of most readers.

What’s more, in my six-year tenure as an architecture critic, I have never once reviewed a house or have been invited to review a house for any of the publications I write for. I work as a critic, not as a design writer, which is to say my mission is inherently interrogative and operates from a perspective of trying to reconcile the building with its historical, socio-economic, cultural, ethical and political contexts. This position is often (but not always) oppositional, and thus seldom solicited. Hence, criticism about single-family houses is rare, replaced almost wholesale by PR engines like Dezeen and ArchDaily, or by magazines who send design writers (a nebulous term that’s emerged as a catch-all that includes everyone from journalists to publicists) to chat with architects and clients in Manhattan penthouses.

My critical colleagues also rarely review houses, except when a project is very big or controversial. In the end what, really, could I say about such things? I don’t live in a house. I can’t drive to the rainforest or wherever these houses are sited. However, there is one relevant experience I can share: I once lived in an apartment renovated by an architect — where I wasn’t allowed to hang up art or leave dishes in the sink. Because I wasn’t living in an apartment. I was living in architecture. These projects are so deeply not for me. Even a concert hall or a museum pretends to be for the public and is thus vulnerable. The house is a fortress. It is selfish. It serves only its owner, the client. It holds no obligations to broader society. This, too, is what makes it so captivating, so alluring, so over-represented as being what architects do, when they do a hell of a lot of boring but necessary stuff too.

It’s time to move on. I want to read and write more reviews of apartment buildings in my city. I want to write up a new hospital, a new community centre, a new daycare. I want to see buildings elevated that reflect my reality as a renter, a young person, a person with negative net wealth, and a city-dweller. I want my friends and colleagues who work for mega-firms to get their due as labourers, to be seen as just as important as the guy whose name is on the door, the guy who scribbles down some conceptual sketches and hands it to a sea of unpaid interns. The bespoke single-family house is antithetical to the future of architecture — which will, by necessity, be more resilient, more social, more urban, more climate friendly. It is antisocial. It is unchallenging, save for the prickliness of the client and the site. But its worst crime is being boring and self-serious. Just like the rich people who commission them.

Kate Wagner is an architecture critic. She is the creator of the blog McMansion Hell.