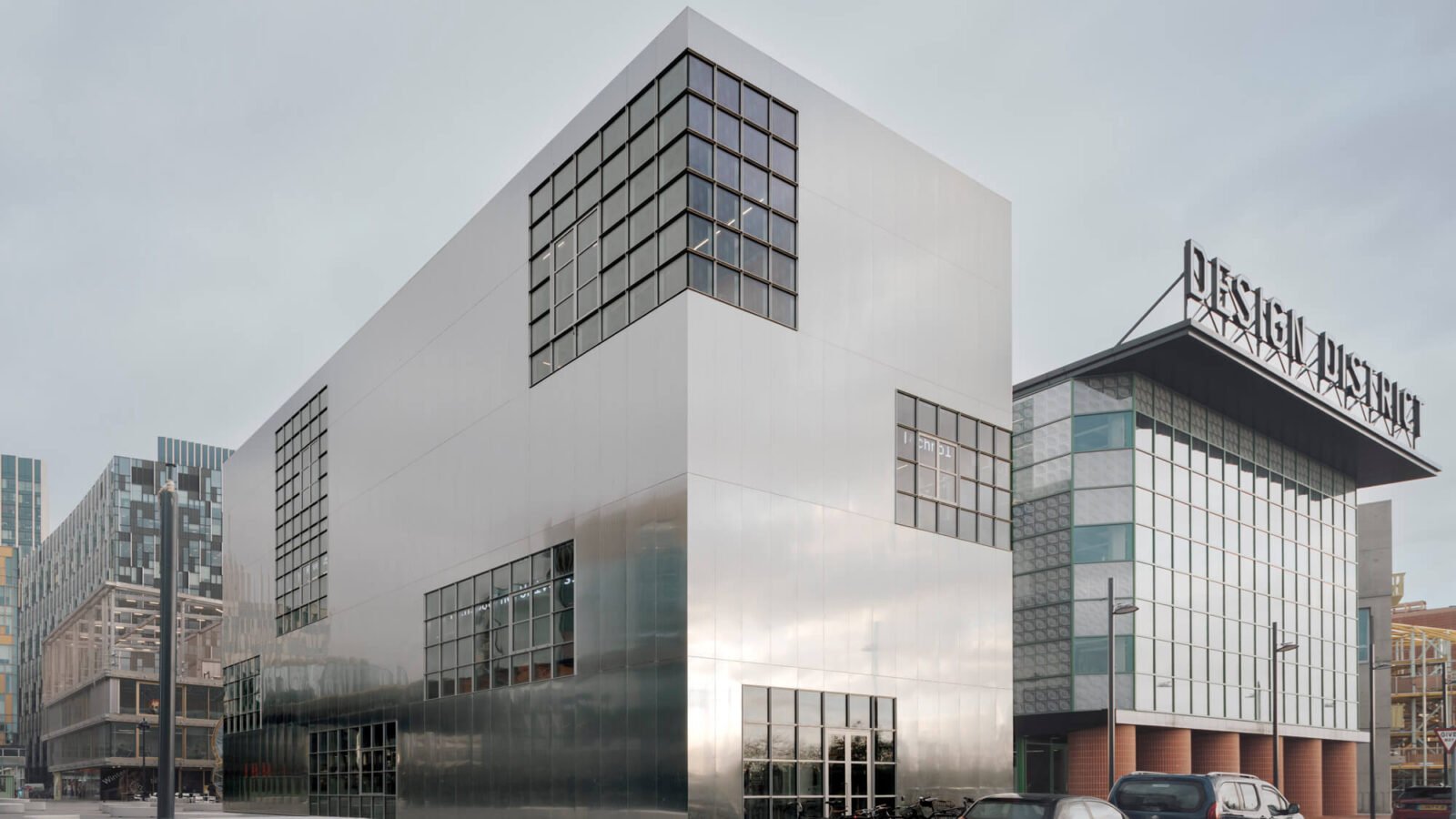 Thoughtfully balancing industrial history with twentieth-century references, these structures speak to the evolving creativity of their neighbourhood.

Good things come to those who wait or, in this case, those who embrace mystery. In a neighbourhood defined by a provocative diversity of colour and form, Barozzi Veiga’s minimal, structural design has made the Artists’ Ateliers an integral character in the Design District’s ever-changing storyline.

London-based development company Knight Dragon was determined to foster a space where creative businesses could interact, grow and inspire one another for the city’s Design District. To achieve this goal, they commissioned eight European architectural firms to each design a pair of buildings for the district. 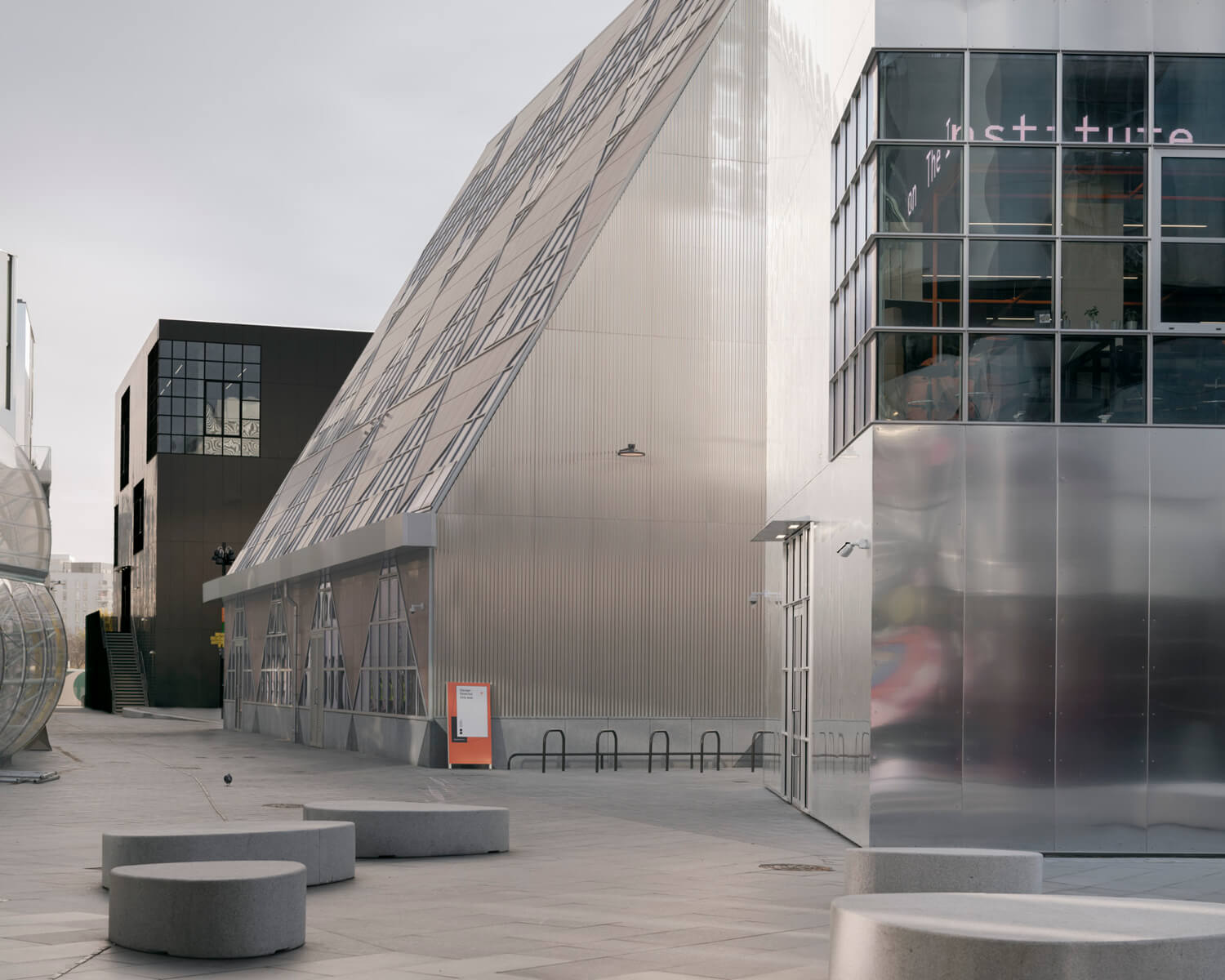 In order to avoid a groupthink aesthetic and ensure that this new space would match the diversity of its future tenants, each of the eight practices was asked to work blind, completely unaware of their neighbours’ plans for the shared site. Barozzi Veiga approached this challenge for what would be their first completed project in the UK by doing what they do best: creating atmospheric buildings.

Embracing light as the dominant element, Barozzi Veiga has interwoven a dialogue between texture and ornament in their design for the Artists’ Ateliers. On opposite ends of the district, the two four-storey buildings, which make up the atelier, appear structurally identical. Still, their slightly different aluminum hues and coatings intentionally differ according to their location in the district. 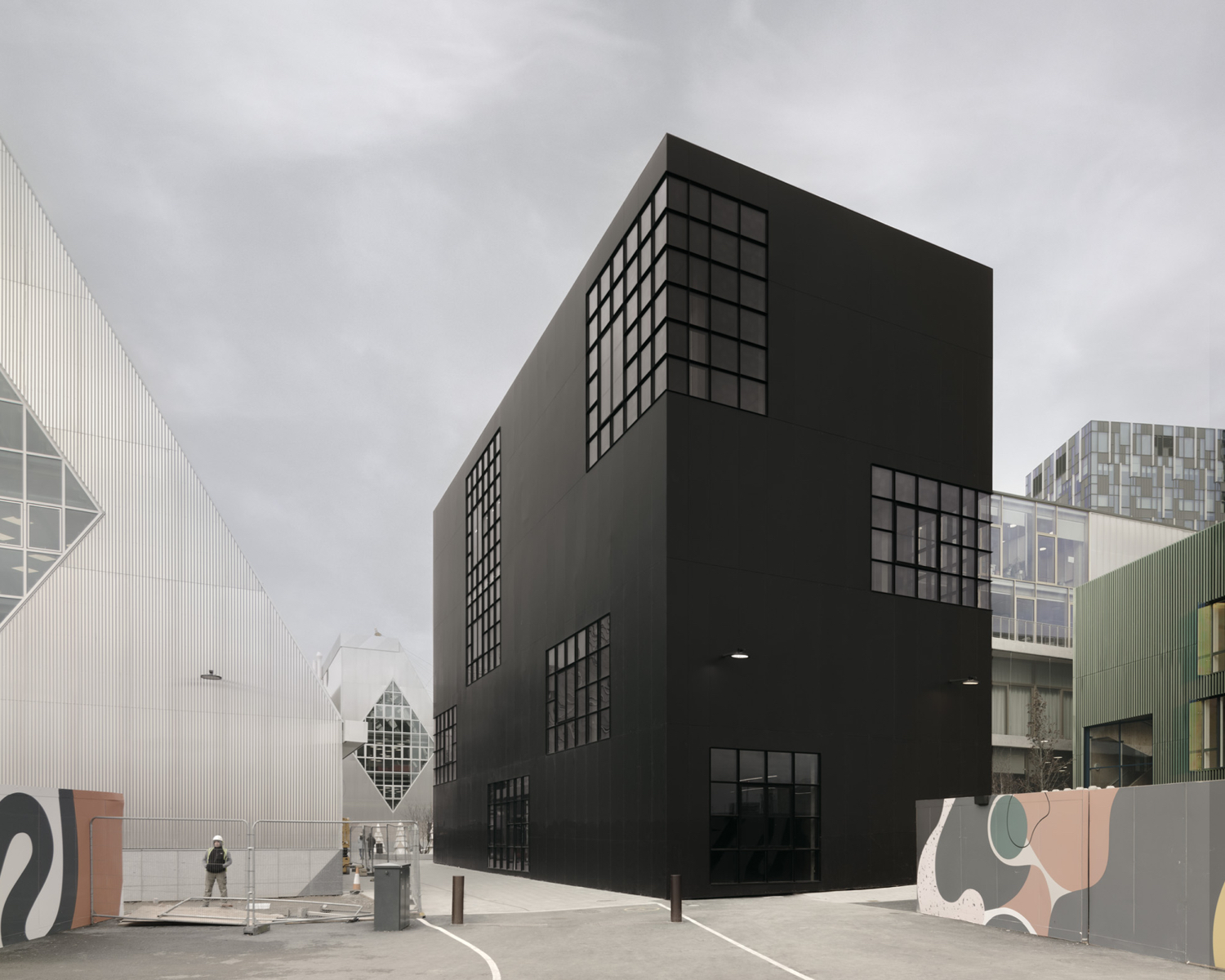 A1, located at the entrance of the Design District, has a mirror-polish texture. Its reflective surface was designed to be a “dazzling welcome” for those coming from the North Greenwich underground station. In contrast, D4’s darker aluminum hue allows it to interact with the natural light and colours offered by the district’s central square. 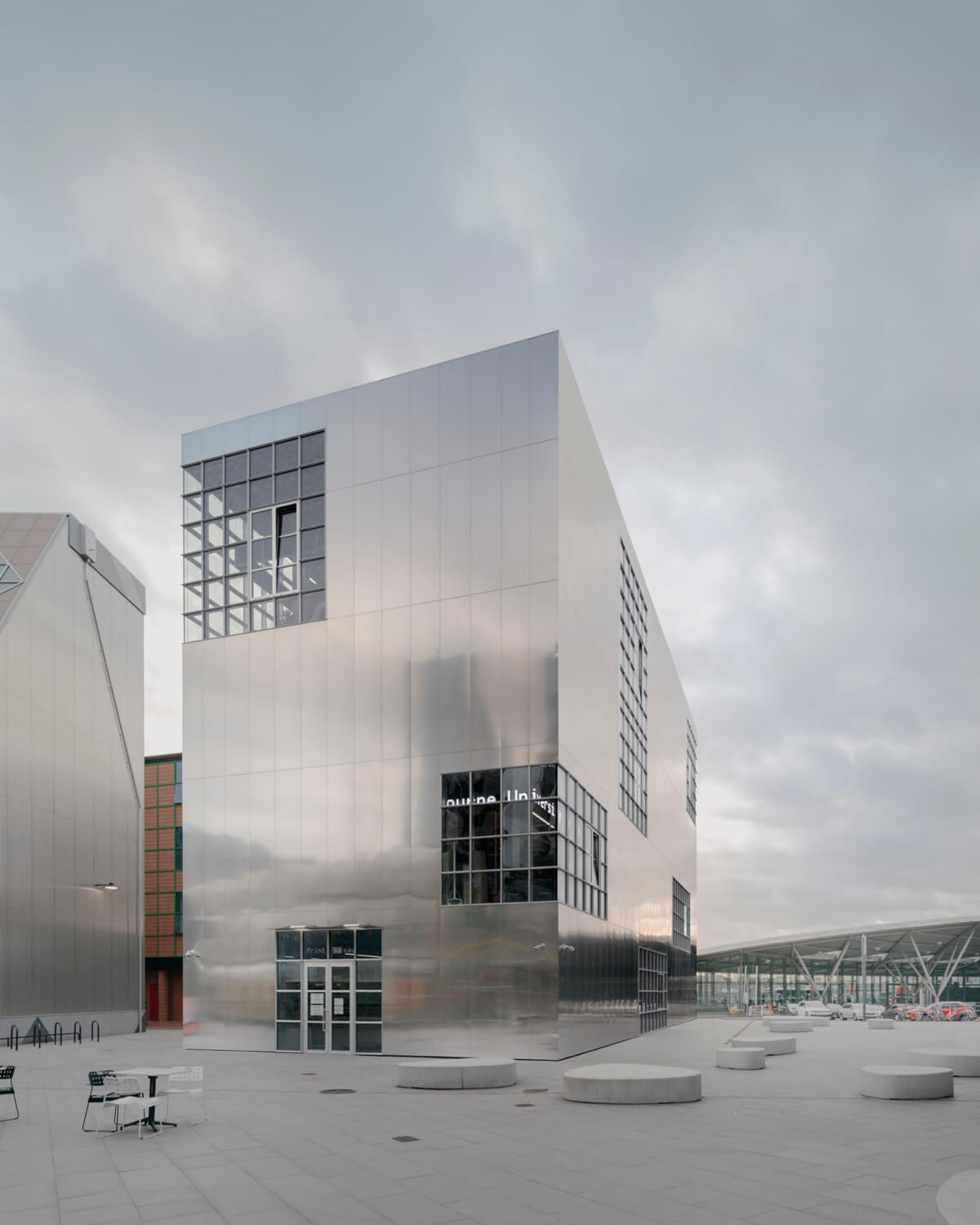 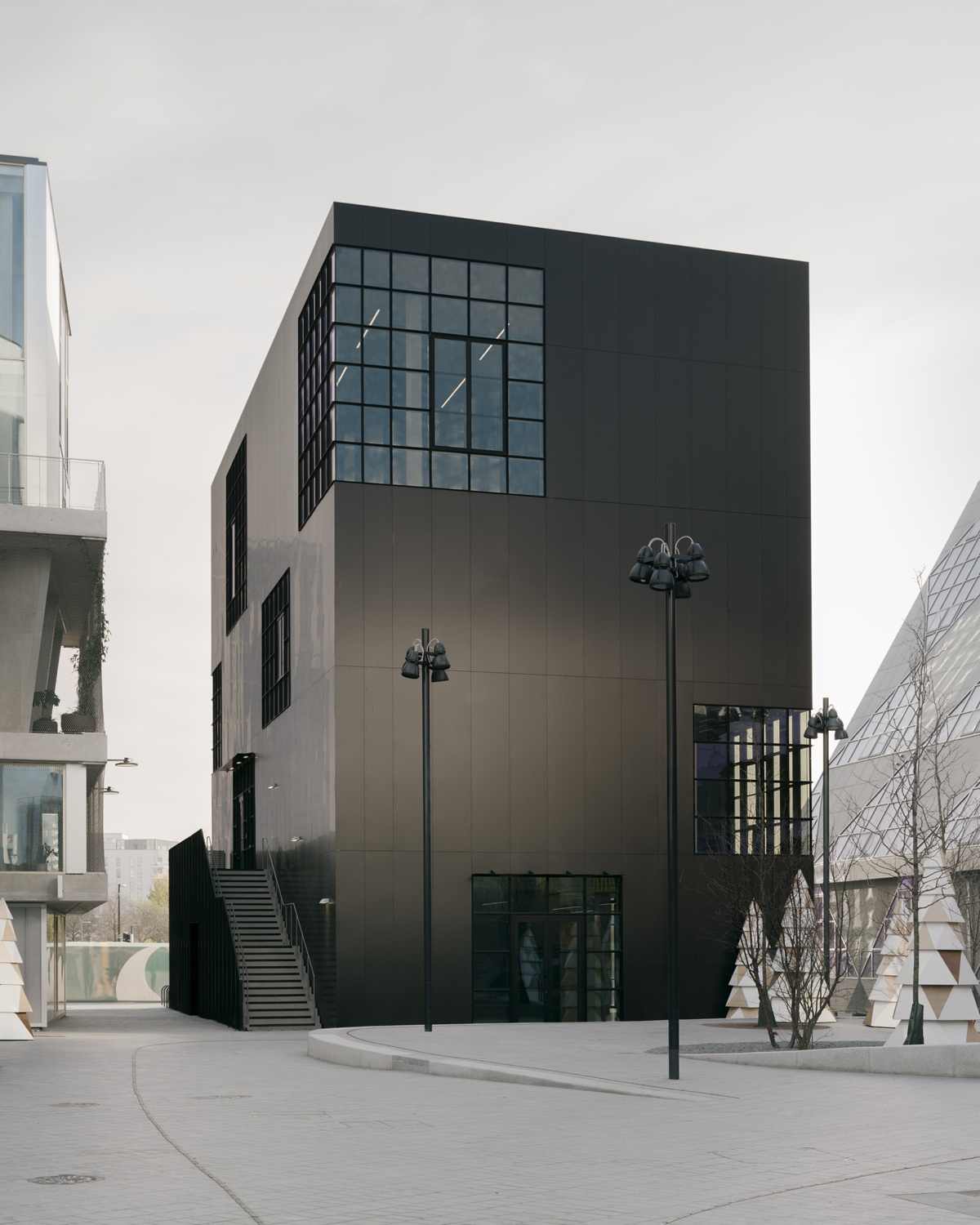 Embracing materiality, Barozzi Veiga’s designs pay homage to the history of the old industrial buildings while simultaneously creating warm environments for the artists that will inhabit these spaces. Their neutral colour palettes are complimented by thin steel frames, large windows and minimal interior columns to allow natural light to flood the workspaces. 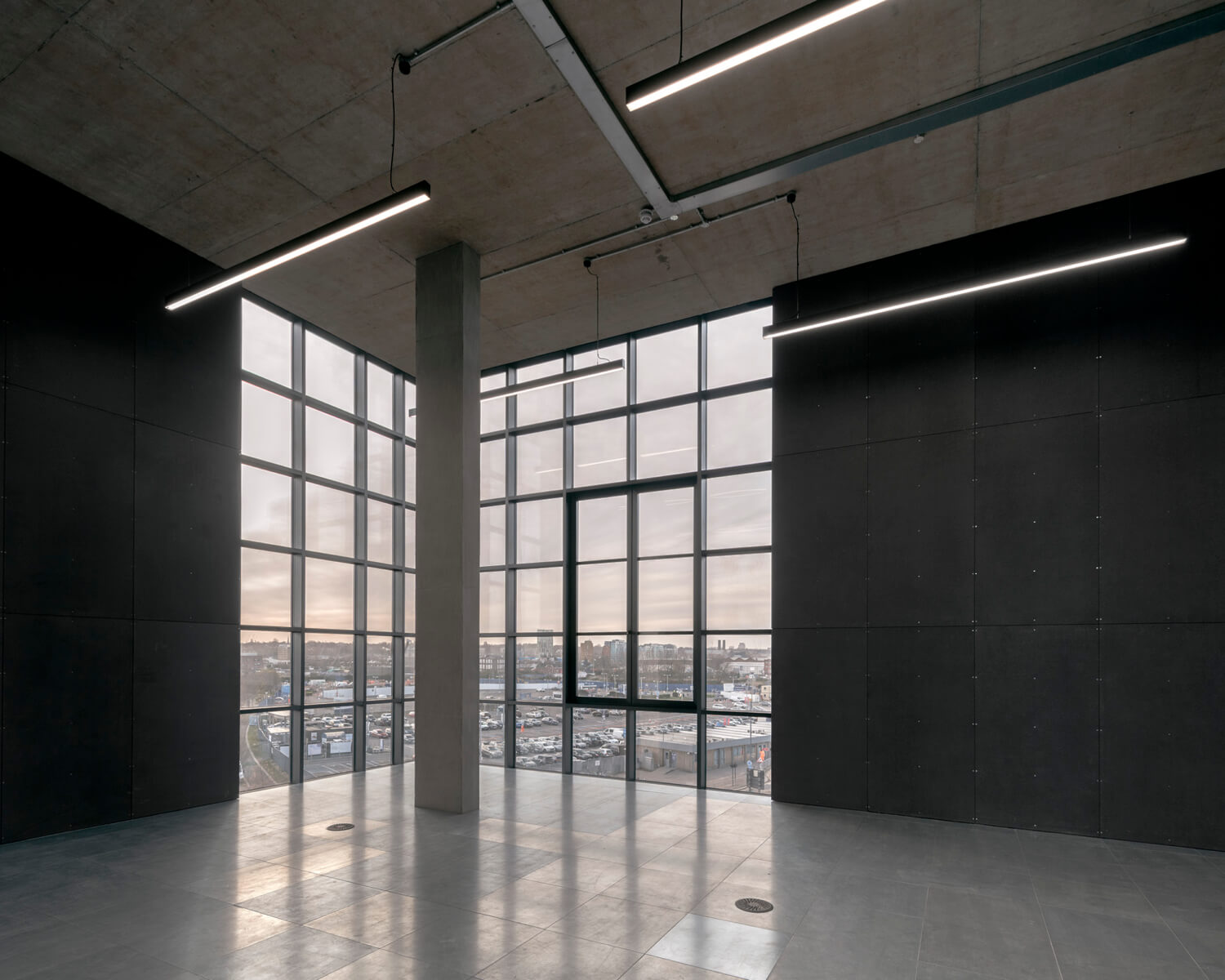 While both interiors experiment with galvanized steel to give luminosity to the Design District’s courtyards and alleys, the varied steel finishes establish a connection and dynamicism along the district’s path. The exterior staircases on the A1 and D4 buildings play into the interaction with the neighbourhood created by their chromatic hues, offering further opportunities to interact with the other buildings on the site. 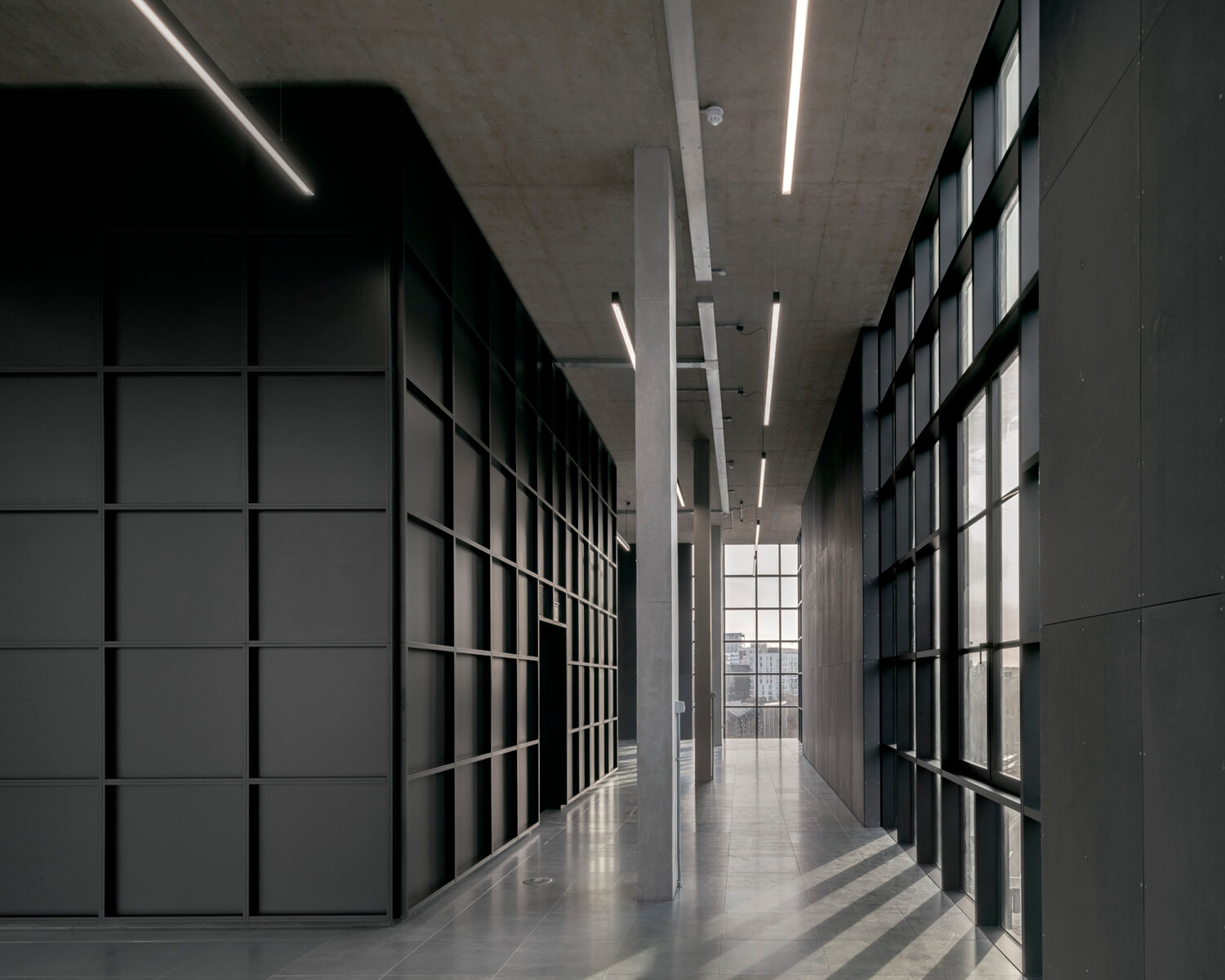 Exploring construction systems, Barozzi Veiga lifted the ateliers’ ceilings to up to 5m high, such that the spaces themselves wouldn’t limit the scale of the artistic production that was to take place within them. Acting as updated industrial containers, the buildings’ interiors prioritize flexibility, in recognition of the varied needs of the artists who will eventually inhabit them.

Thoughtfully balancing industrial history with twentieth-century references, these structures speak to the evolving creativity of their neighbourhood.