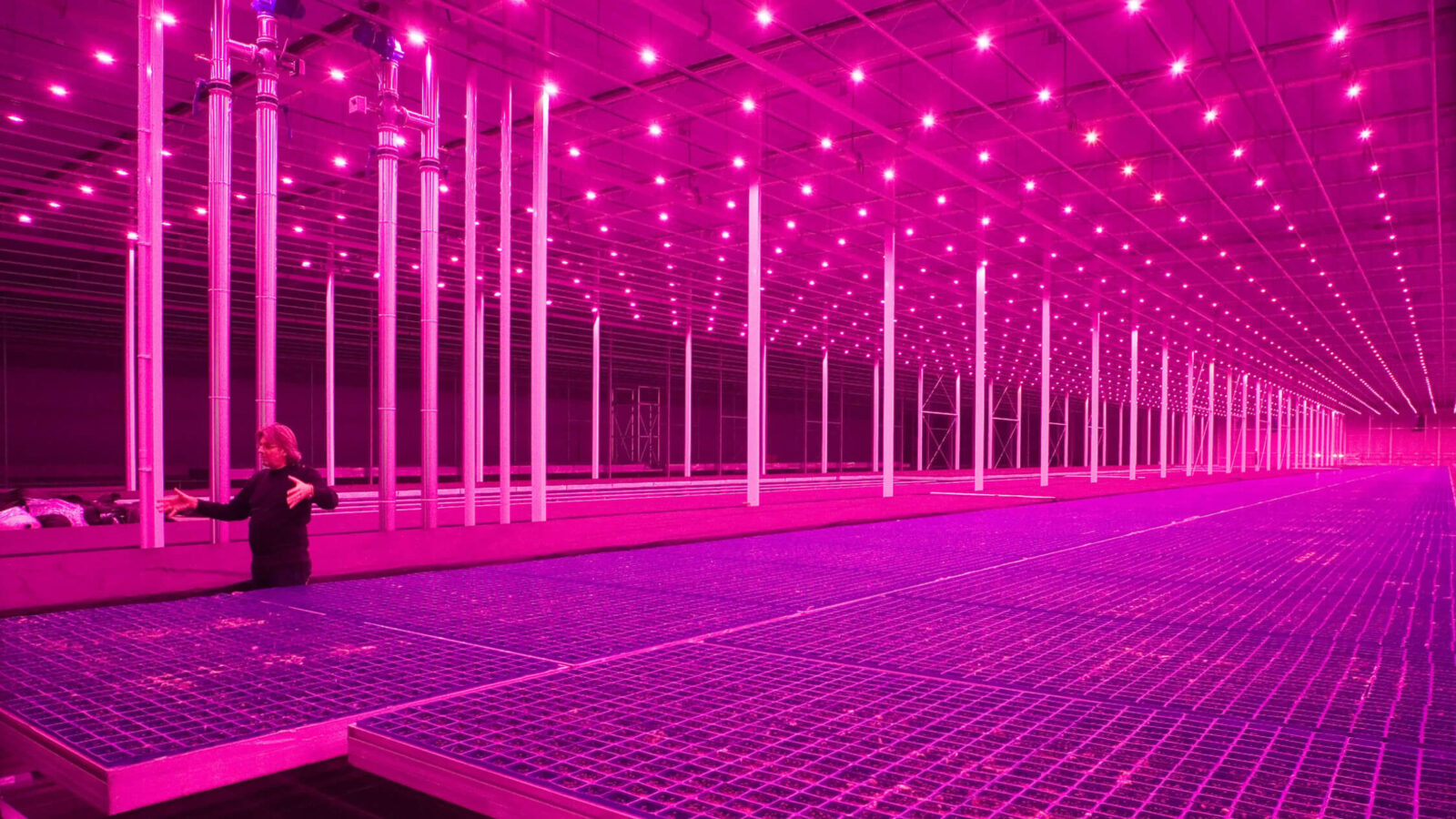 From a sprawling show by OMA at the Guggenheim to Lina Bo Bardi’s first career retrospective, these exhibitions are set to shape design discourse in the months to come.

Biennials, triennials, quinquennials! There’s a dizzying array of exhibitions each year that delve into the issues – and possibilities – of design, architecture, interiors and more. Though the list can be daunting, we’ve rounded up our 10 best bets for landmark exhibitions, city-wide showcases and experimental projects that will define a year of design.

After relocating to Brazil from her native Italy in 1947, architect, designer, curator, museum director, writer and editor Lina Bo Bardi left an indelible mark with works – ranging from furniture to writing to drawing – that challenged the Western canon by incorporating elements of popular culture, modern architecture, Indigenous knowledge and more.

Curated by Museo Jumex’s Julieta González, Museu de Arte de São Paulo’s (MASP) Tomás Toledo and Storefront for Art and Architecture’s José Esparza Chong Cuy with exhibition design by Frida Escobedo, Lina Bo Bardi: Habitat (borrowing its title from the publication Bo Bardi co-edited with her husband in the early 1950s) is the first retrospective of the prolific, multi-hyphenate designer’s output that revisits her role as a radical cultural figure in the landscape of 20th century practice. Following its inaugural mounting at the Museo Jumex, the landmark exhibition will travel to the Bo Bardi-designed MASP (shown above) in Brazil as well as the Museum of Contemporary Art Chicago in Illinois.

His practice may be called the Office of Metropolitan Architecture, but Rem Koolhaas has shifted gears of late from urbanism to its polar opposite. His new obsession: the look and management of rural areas, which he feels are being altered beyond recognition to serve expanding cities, until now the dominant focus of most in his profession. This nearly-six-month-long show, mounted by OMA with the input of students from design schools on four continents, is an attempt to redirect some of that attention. Filling the full rotunda of New York City’s Guggenheim, the exhibition’s installations, models and other original works will explore “the radical redefinition” of the non-urban world today, a phenomenon resulting from large-scale planning schemes, mass immigration, climate change and other factors. Every decade or so, a museum show with the ability to influence social agendas and expand the collective consciousness tends to come along. This promises to be one of them.

Curated by Paola Antonelli, MoMA’s “Material Ecology” brings together objects and structures that epitomize Oxman’s revolutionary aesthetic. Appearing to have grown rather than having been assembled, nurtured rather than designed, the seven projects to be exhibited present a radical integration of nature and design.

Since time immemorial, wood has been the foundation of how and what we built. For Amsterdam-based studio Formafantasma (Andrea Trimarchi and Simone Farresin), its unparalleled expansion to what is now one of the world’s largest industries has also had profound impacts on not only economies, but entire ecologies as well.

Their highly anticipated design research project “Cambio” at London’s Serpentine Galleries takes us (literally) into the woods. Centring on the global timber industry and its ties to our climate emergency, the show looks to trace this “tentacular supply chain” from 19th century colonial exploits to today’s mass deforestation.

5
Olafur Eliasson: Sometimes the river is the bridge

The Danish-Icelandic artist’s first solo exhibition in Japan in a decade follows his Tate Modern retrospective – but seems to have an even more emphatic message, one that speaks to the “urgent need to redesign the systems in which we live, to re-engineer the future.” The comprehensive show spans Olafur Eliasson’s career and also includes new works never seen in Japan, including major installations both inside and outside the museum.

How do you curate an exhibition about the internet in the physical space of a gallery? It’s a question that curators have been grappling with for years, and now one facing Stockholm’s ArkDes as they prepare to explore the increasingly physical reactions produced by digital content. “Weird Sensation Feels Good” centres on the world of Autonomous Sensory Meridian Response (ASMR), a form a low-grade euphoria produced by “gentle sound, touch and movement” captured in online videos featuring voices whispering, clothes rustling and more. As the first exhibition of its kind to address this internet culture IRL, casting ASMR as an emergent field of design, these sensory responses (tingles in your neck and the calm that follows) can no longer be simply regulated to their URL address.

Now in its 17th edition, the 2020 Venice Biennale of Architecture‘s title asks: “How Will We Live Together?” Curated by architect and MIT School of Architecture Dean Hashim Sarkis, this year’s showcase seems to map out the evolving role of architects in a global context of rapidly growing economic inequality and extreme political divides. “We call on architects to imagine spaces in which we can generously live together,” explains Sarkis. It’s a tall order – and an urgent question.

This year, “Impostor Cities” will represent Canada in the floating city’s Giardini della Biennale. Curated by McGill University professor David Theodore with Montreal studio T B A, the exhibition will transform the recently revamped 1950s pavilion into a multi-media exploration of cities in film.

8
Prada: Front and Back 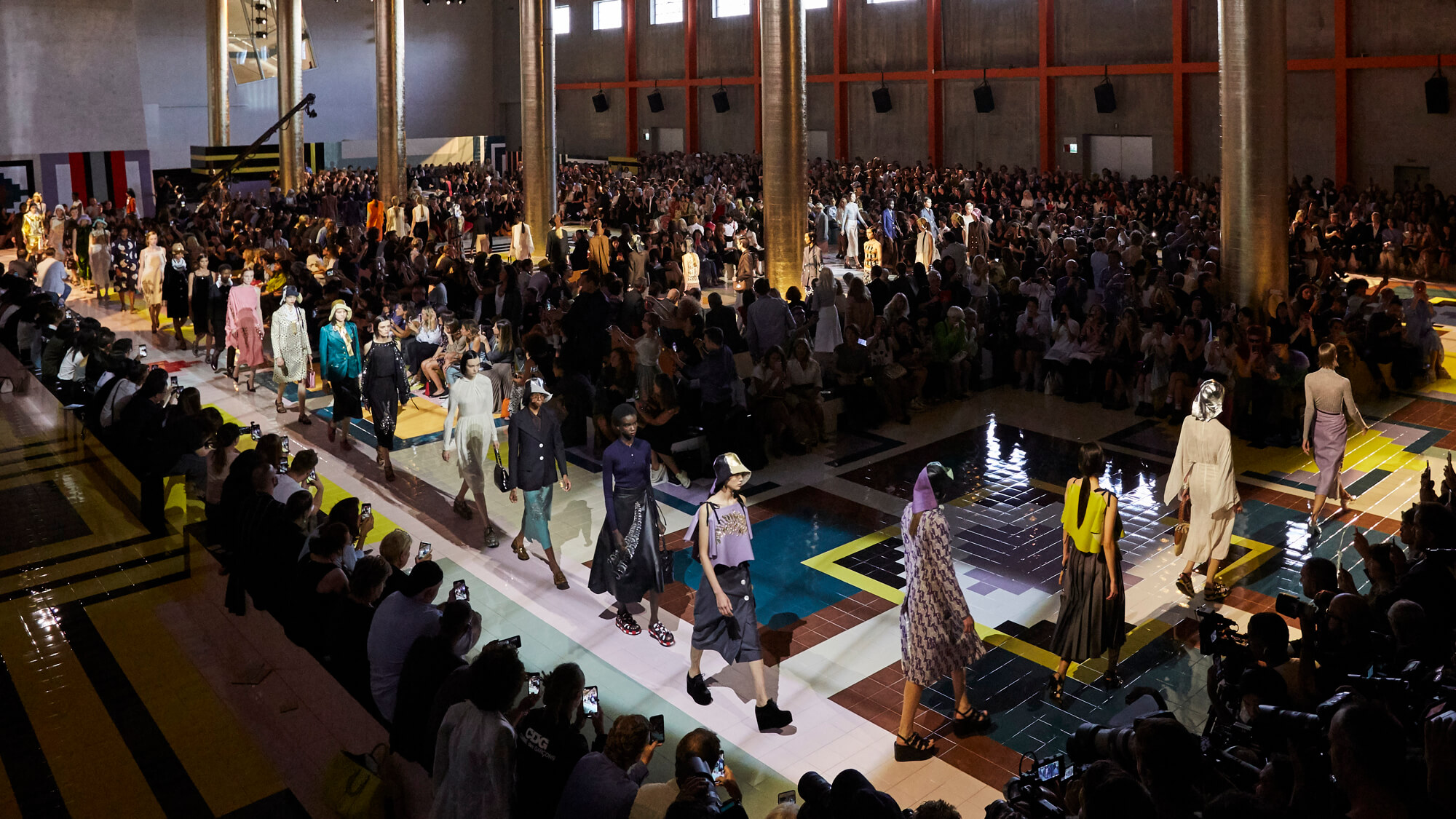 Opening at London’s Design Museum September, “Prada. Front and Back” will be the first major museum exhibition devoted to the 107-year-old fashion powerhouse. Since taking the helm in 1978, Miuccia Prada (granddaughter of founder Mario), a champion of art, design and architecture, has been instrumental in turning the eponymous company into one of the world’s most recognized and successful luxury brands. Looking at Prada’s history and projected future, the exhibit will highlight the creative approaches, inspirations, collaborations (including with notable architects like Rem Koolhaas and Herzog & de Meuron) and material and technology explorations that have left an indelible mark on style and culture through the decades.

For its fifth iteration, the Istanbul Design Biennial takes as its core theme empathy. Focused on care and rituals of human connection the event “privileges local knowledges and territorial practices in face of the increasing homogeny of a globalizing world.” Spearheaded by Porto- and London-based architect and curator Mariana Pestana (of the experimental design studio The Decorators), its two main venues will be the Kitchen (a place of experimentation) and the Observatory (a platform to watch, record and perform practices of empathy in today’s world).

Music, of course, is what draws most people to nightclubs, but it’s merely one of the components that defines their experiences once they’re there. Sure, New York’s Studio 54 epitomized the Disco Era, but would it have done so without its copious amounts of glitter, neon Man in the Moon sign or parade of fashionable celebrities? And would London’s Ministry of Sound have become so iconic without its pulsating light shows and changing set designs? Both venues are dissected in this trailblazing V&A Dundee show, billed as the first large-scale examination of the relationship between club culture and design.

In addition to music and light installations, the exhibition, which charts the evolution of nightclubs from the 1960s to the present, features films, photography, posters, flyers and fashion. Among the prominent figures looked at are interior designer Ben Kelly and graphic designer Peter Saville, both of whom created the look of Manchester’s famed Haçienda. Whether or not the clothing on display includes any vintage Halston remains to be seen, although it’s probably safe to anticipate a fair amount of sparkle.

From a sprawling show by OMA at the Guggenheim to Lina Bo Bardi’s first career retrospective, these exhibitions are set to shape design discourse in the months to come.