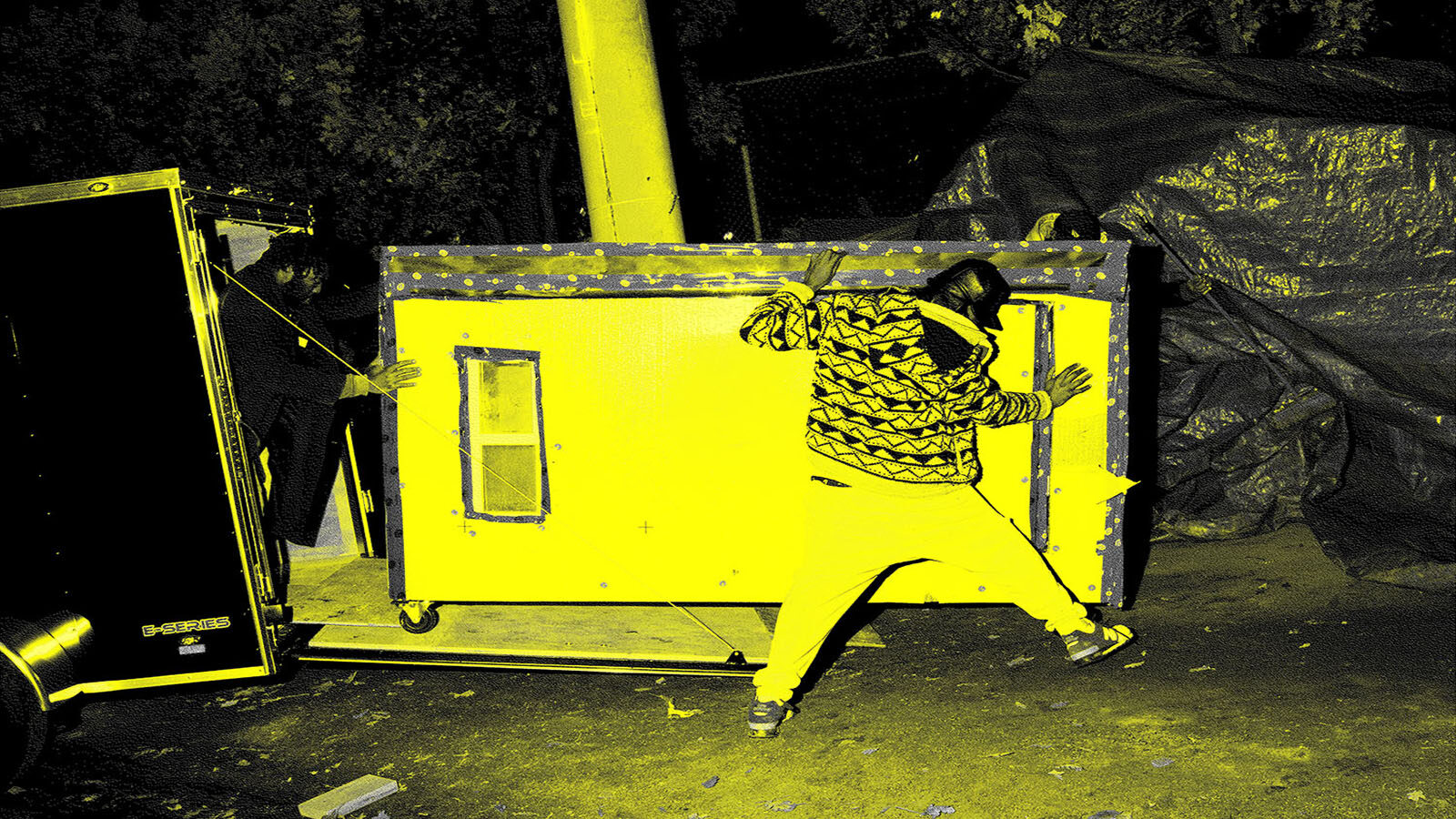 TAL-TO (The Architecture Lobby Tkaronto) is advocating for the implementation of a “Housing Guarantee” — a rights-based approach to housing that recognizes the key role of a home in reducing inequality and improving health outcomes. 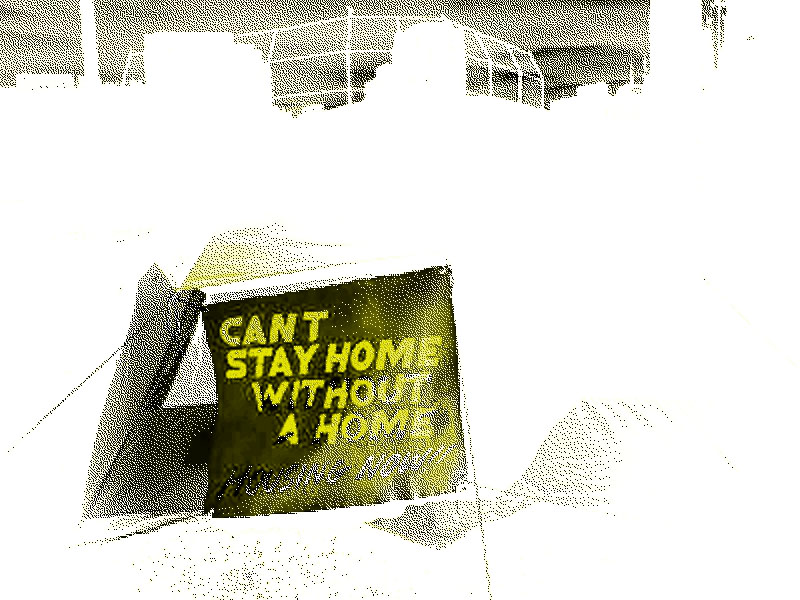 Pedagogical gaps in architectural education mean that workers and recent graduates are often ill-equipped to engage with systemic issues impacting the provision of housing. Architecture’s entrenchment in for-profit development and its need to maintain stable relationships with municipal and planning authorities further disincentivizes change. As a result of a product-oriented view of practice and lack of political conviction, the architectural profession often actively contributes to housing inequality, gentrification and displacement. 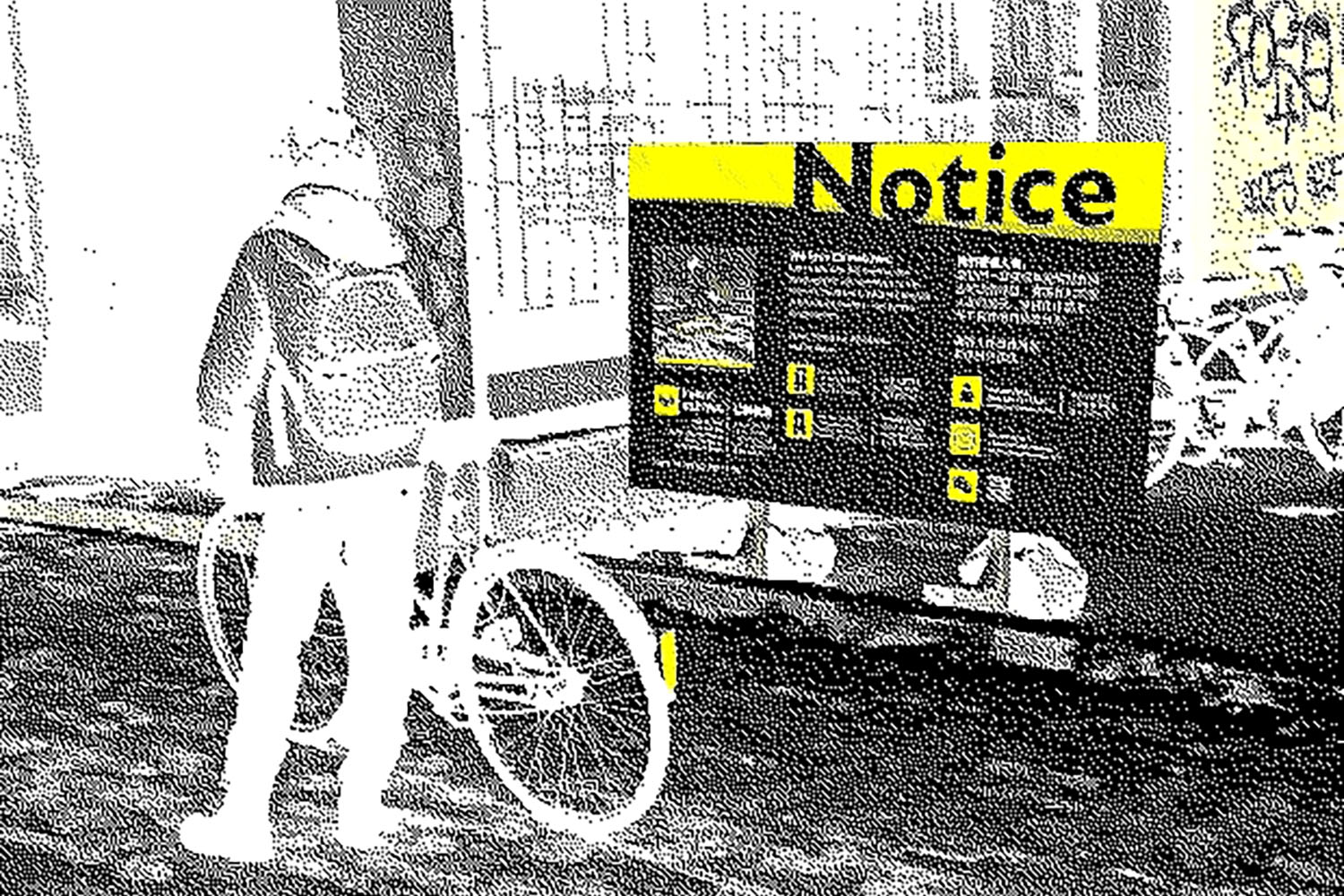 As many within and beyond the architecture industry have noted, the pandemic has exacerbated inequalities already present in our society. While restaurants erected plastic bubbles to protect affluent diners, the city’s houseless population were left to navigate a shelter system that was overburdened and underserved. The City’s stop-gap solutions often lacked dignity and revealed a pervasive and systemic lack of preparedness to aid our houseless neighbours. As stay-at-home orders lift, a wave of evictions is further contributing to our housing crisis, with rental vacancy rates in the city already at a fifty-year high. 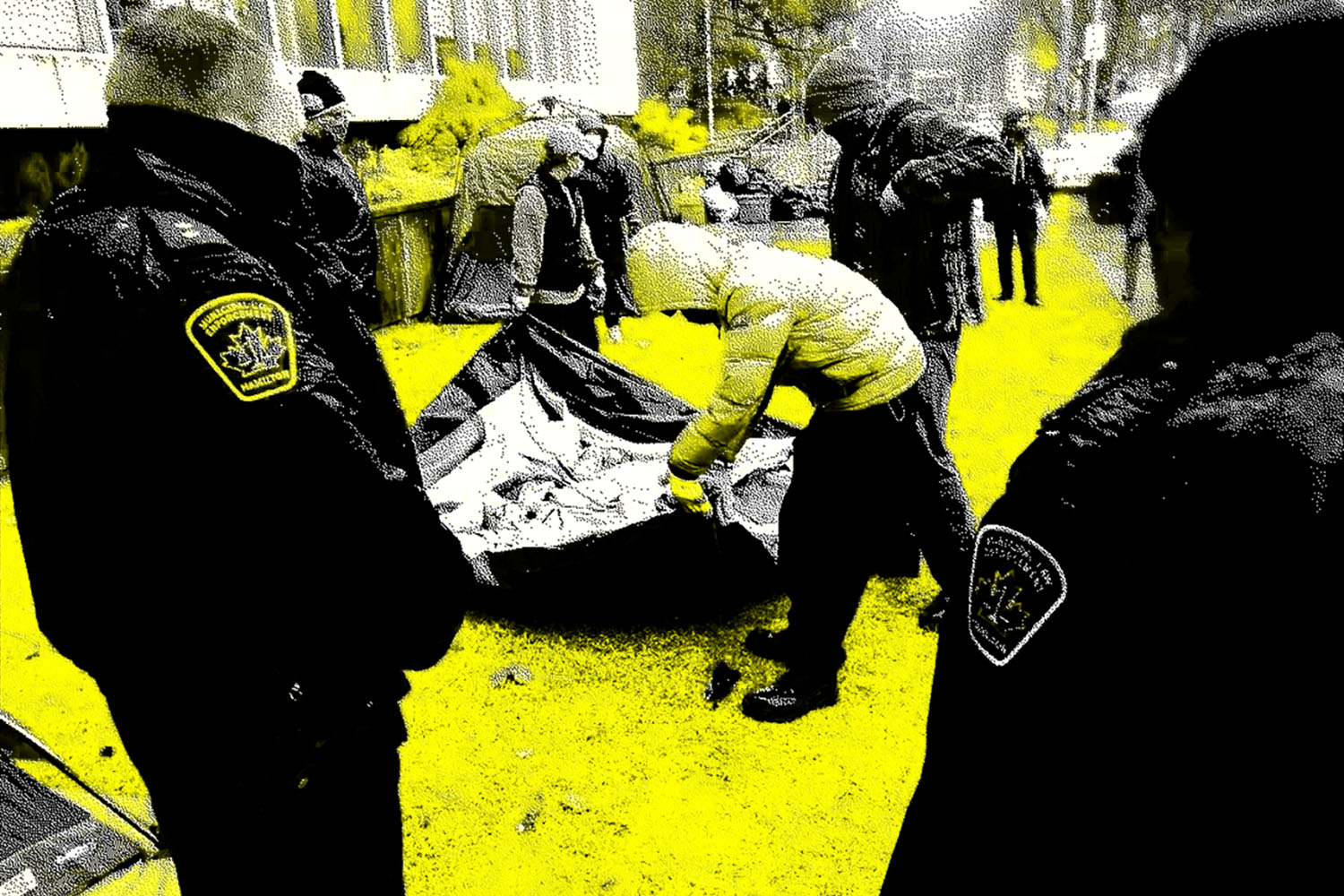 Self-organized groups operating at the grassroots such as the Encampment Support Network and Toronto Tiny Shelters have led the charge in addressing immediate gaps in the City’s provision of emergency housing. However, the City of Toronto’s response has focused on persecuting those who had built temporary structures towards these aims (see: TAL-TO’s open letter on encampment evictions). Grassroots activists and TAL-TO agree that while immediate aid to the houseless is necessary, systemic changes must be made. Housing is a human right and City policy should prioritize the provision of dignified housing accordingly. 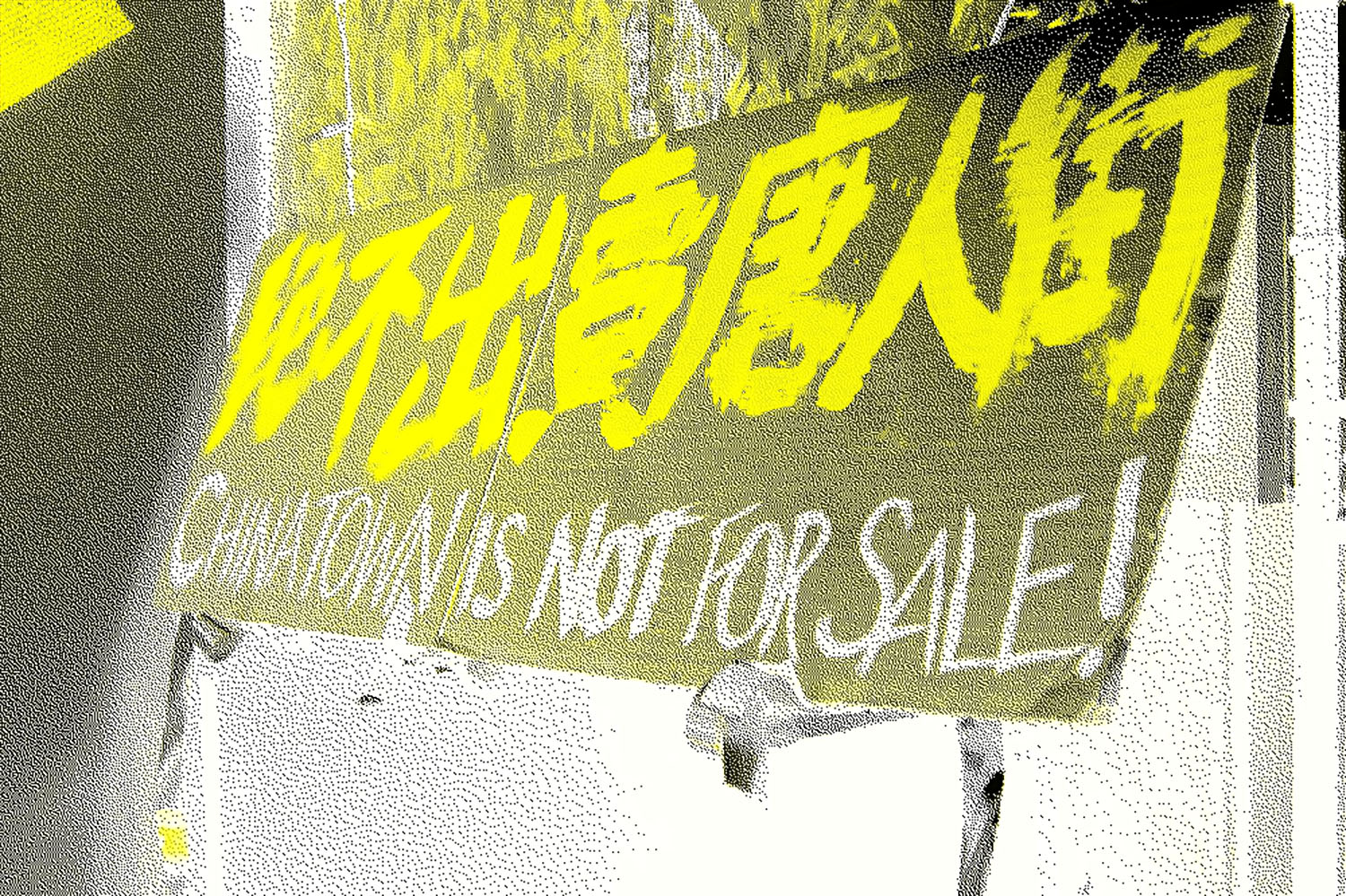 TAL-TO calls for education and frank conversation on how the profession enables developer-driven urbanism and how to enact meaningful alternatives. As spatial practitioners and actors in the built environment, architectural workers have a key role to play in advocating for housing as a human right — if we can overcome the profession’s current political lethargy.

How can architectural workers navigate bureaucratic processes to address systemic housing issues in Tkaronto? What could organized political efforts in the architectural profession achieve?  How does the profession begin to disentangle itself from profit-driven modes of housing production? Which forms of architectural practice best benefit the equitable provision of housing? And how must we educate ourselves towards these aims?

Links to Resources for C-A-L-L 3: Architects for Housing Education

The writer gives an inside view of the establishment of Housing First approach, initiated in the 1980s and eventually spreading across North American Cities. This episode showcases the work of social workers and psychologists working towards the reduction of homelessness during the 90s. 1 hour listen // Submitted by Afnan Al-Rashid

This research compilation by the Temple Hoyne Buell Center for the Study of American Architecture at Columbia University “seeks to encourage a public, historically informed conversation about the intersection of architecture and real estate development.” You can also read the report here.  Various // Submitted by Dana Salama

Bradburn, Jamie. “A Century of ‘Homes for the People’ at Bain Co-Op and Spruce Court.” Torontoist, September 11, 2013.

Bradburn’s article highlights Toronto’s history of providing affordable workers’ housing through two case studies, outlining a time when housing was considered a public health issue. Although this program’s aims to bolster the city’s labour pool are outdated today, valuable parallels can be drawn to inform our response to the current housing crisis. 5-10 min. read // Submitted by Dana Salama

An excellent breakdown of the intersection of public policy and architectural design, specifically how this has affected Toronto’s shelter system in the last year. 15 min. read // Submitted by Heather Breeze

Dauncey provides a succinct explanation of the cause(s) of the housing crisis in Canadian cities, and provides eight suggested approaches for providing homes for everyone. Both international and Canada-specific initiatives are cited as precedent. 15 min. read // Submitted by Jo Smith

The Design as Protest Collective has already formulated a list of broad political to-do’s for architects and designers in the service of racial justice.  Items like “entangle our contractual relationships with power and capital”, and “06 Enhance self-determination”, are quite relevant to the housing conversation.  The website is a good starting point for exploring other resources as well. 1 hour read // Submitted by Mona Dai

Discussion on the catch-22 of economic policy-making, and what that means for Canadian house prices. Key context for understanding housing affordability and land cost, which drives what is built and for who. 5 min. read // Submitted by Jo Smith

Freidman discusses architectural pedagogy’s failure to transmit practical knowledge on the design of low-cost housing to students by discussing the origins of colonial architectural education and its affinity for prestige and consumption. 30 min. read // Submitted by Dana Salama

Toronto’s Tower Renewal Partnership and the establishment of the Residential Apartment Commercial zoning is a local example of an action that architects + planners can take, within their realm of expertise, as a basic first step to make space for complete residential communities. 15 minute watch // Submitted by Mona Dai

Rozworski, Michal. “Governments Created the Housing Crisis. Here’s How They Can Fix It.” The Tyee. The Tyee, August 1, 2019.

A clear and digestible contextual overview of the economic/political forces which have contributed to the housing crisis in Canada – specifically in Vancouver and Toronto. In a nutshell; how we got here, why we’re still here and why current fiscal policies will continue to deepen the crisis. 15 min. read // Submitted by Jo Smith

Jack Self’s theoretical exercise approaches the neoliberal perspective of real estate and manipulates it to a self sustaining socialist result. The notion of architect as financier is intriguing and should be studied further. Rather than fight against the systems of power, here is an idea which perverts the existing systems for the public good. 15 min. read // Submitted by Justin Loucks

One skill architecture workers and students have is visual communication.  One way that architectural workers can help amplify the voices of housing rights activists is to use this skill to illustrate the need for a large-scale response to the housing crisis, and more investment overall.  This graphic made by Scott Sorli is one such example. 5 min. read // Submitted by Mona Dai