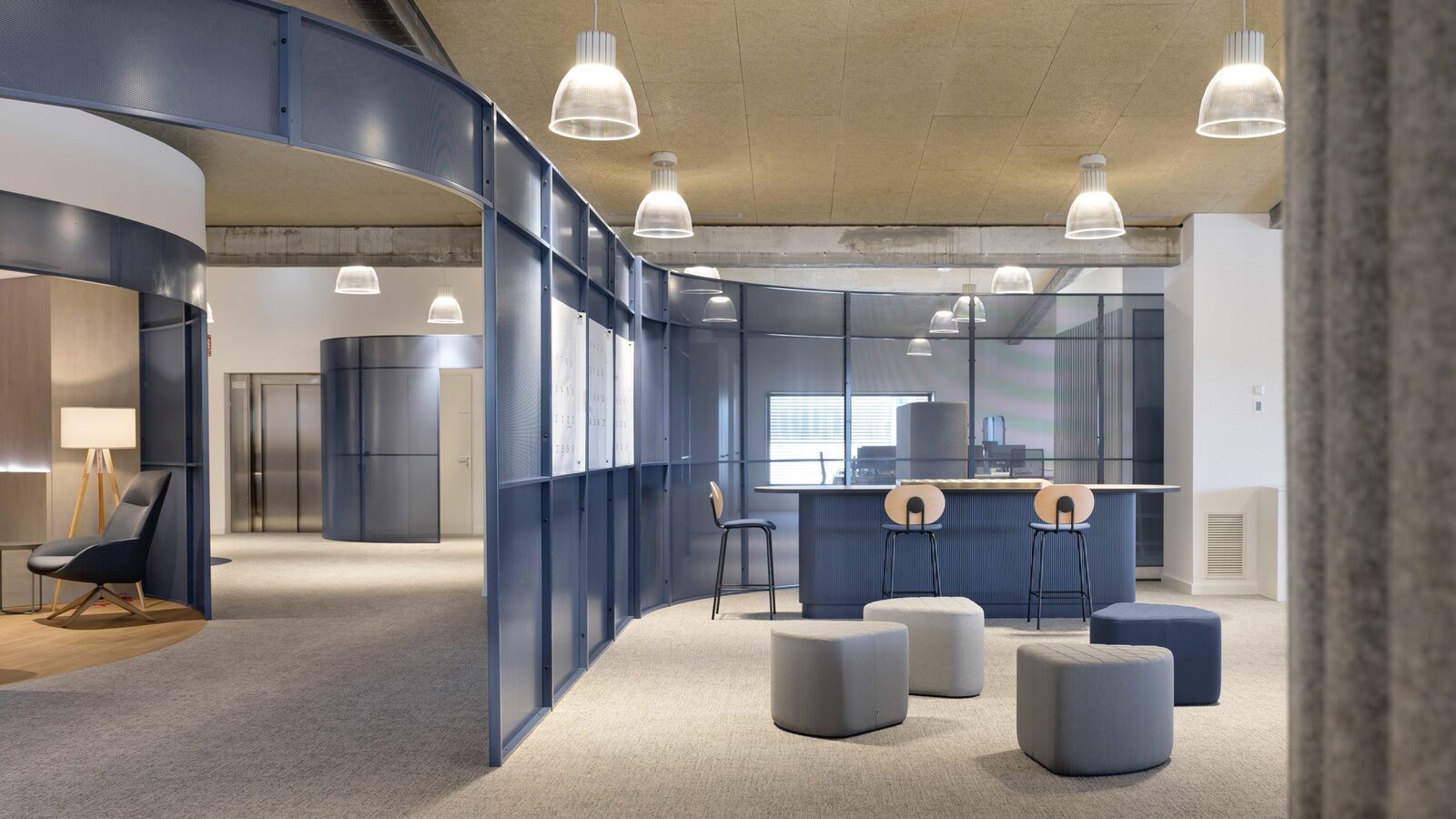 Led by an artistically inspired concept, the new Coatresa office near Barcelona is both energy efficient and extremely inviting.

When the second generation took the helm of family-run Coatresa, a global producer of non-stick and anti-corrosion coatings (specializing in bakery products) founded in 1983, it wanted to strengthen the relationships and connections across all departments — from manufacturing to corporate — and decided to bring both factory and headquarters together in one location. But more than simply amalgamating the business, they also wanted to create an office atmosphere that was focused on employee well-being and satisfaction while also being ultra-efficient with a minimal ecological impact. 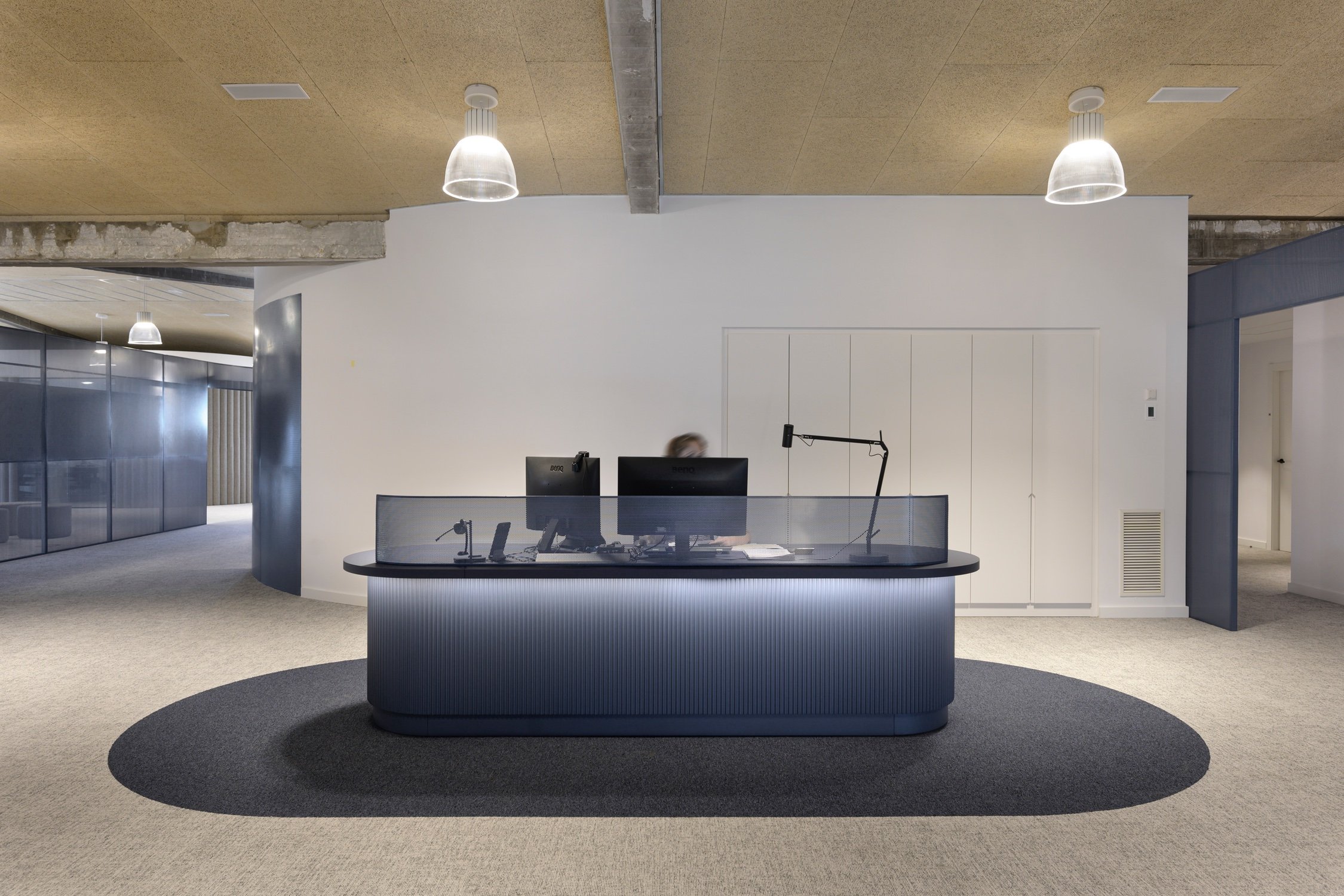 To achieve both goals, the company first found a newly built raw industrial space in Santa Perpètua de Mogoda, a region north of Barcelona, Spain, and then called on local interior design studio Denys & Von Arend to transform it into a welcoming and invigorating environment that adhered to PassivHaus standards. In response, designers and firm founders Patricia Von Arend and Nathalie Denys developed a concept centred around Coatresa’s non-stick coatings and influenced by the “five-skin” philosophy of Austrian artist, architect and environmental activist Friedensreich Hundertwasser. 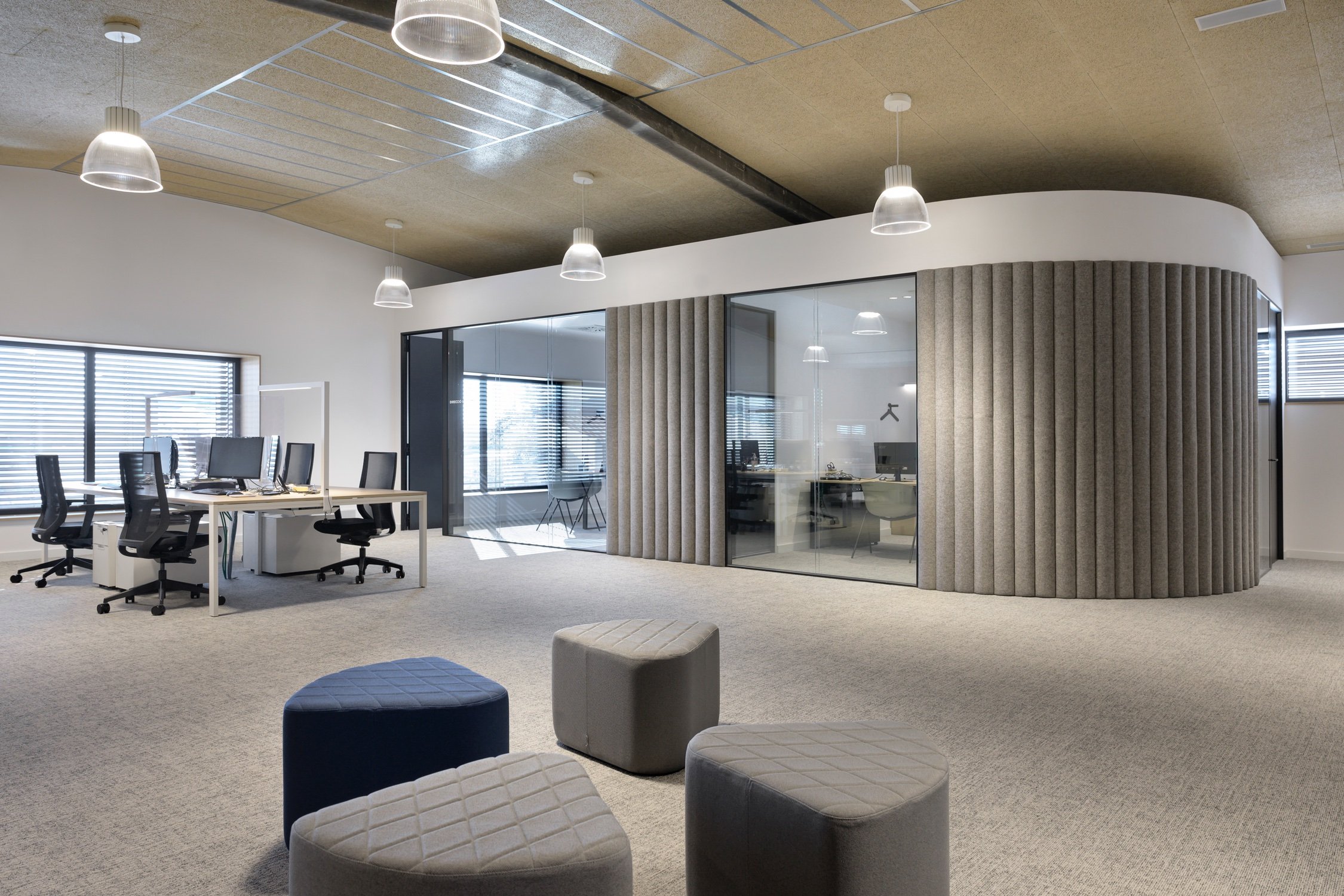 As per Hundertwasser’s theory, the human body is enveloped by five skins — the epidermis, clothing, the home, social identity and the environment — and each plays an important role in the individual’s relationship to self and surroundings. “We created an analogy with regard to the third skin that corresponds to the home and … we started to think about how this third skin could be developed in the new office,” say Denys & Von Arend. 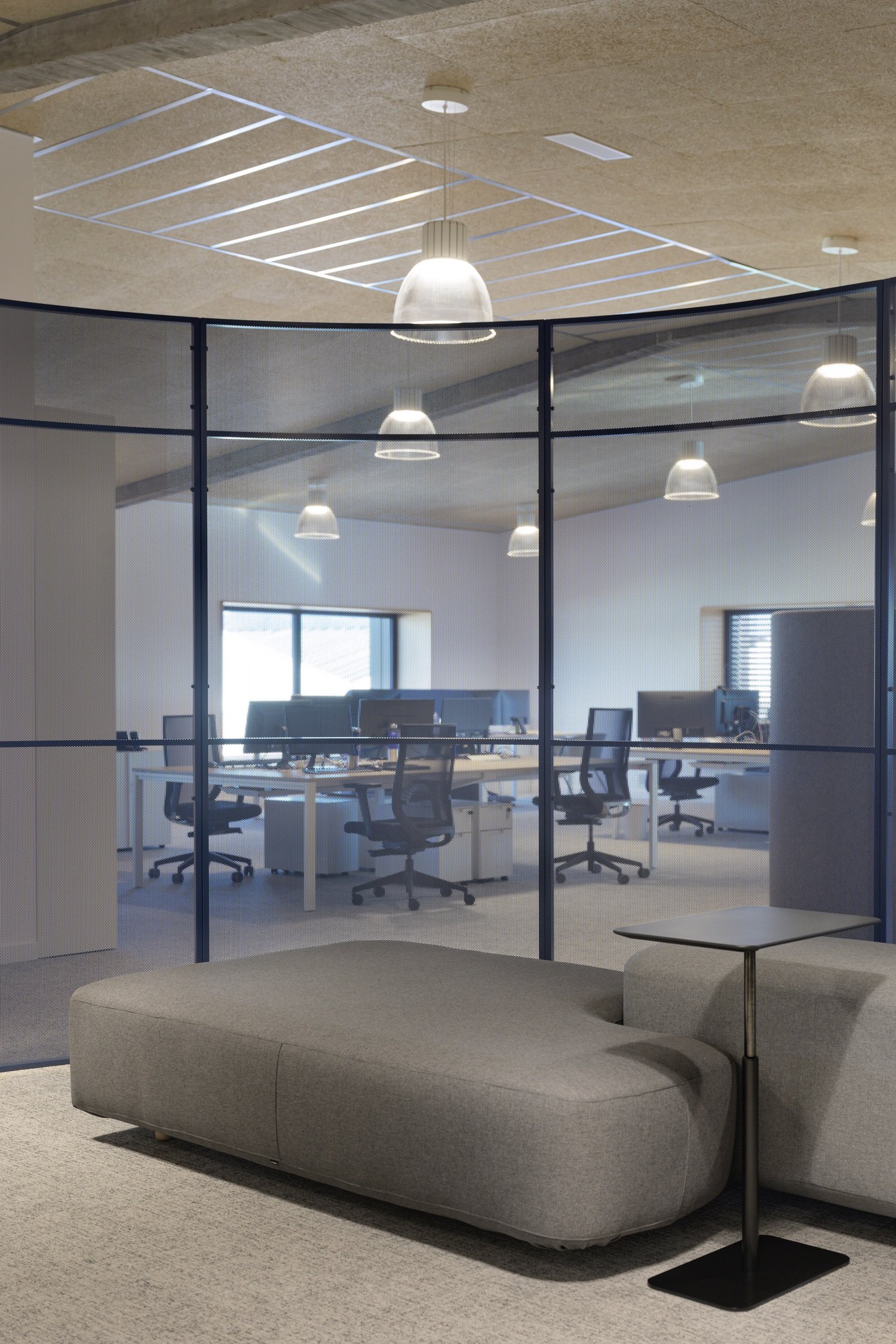 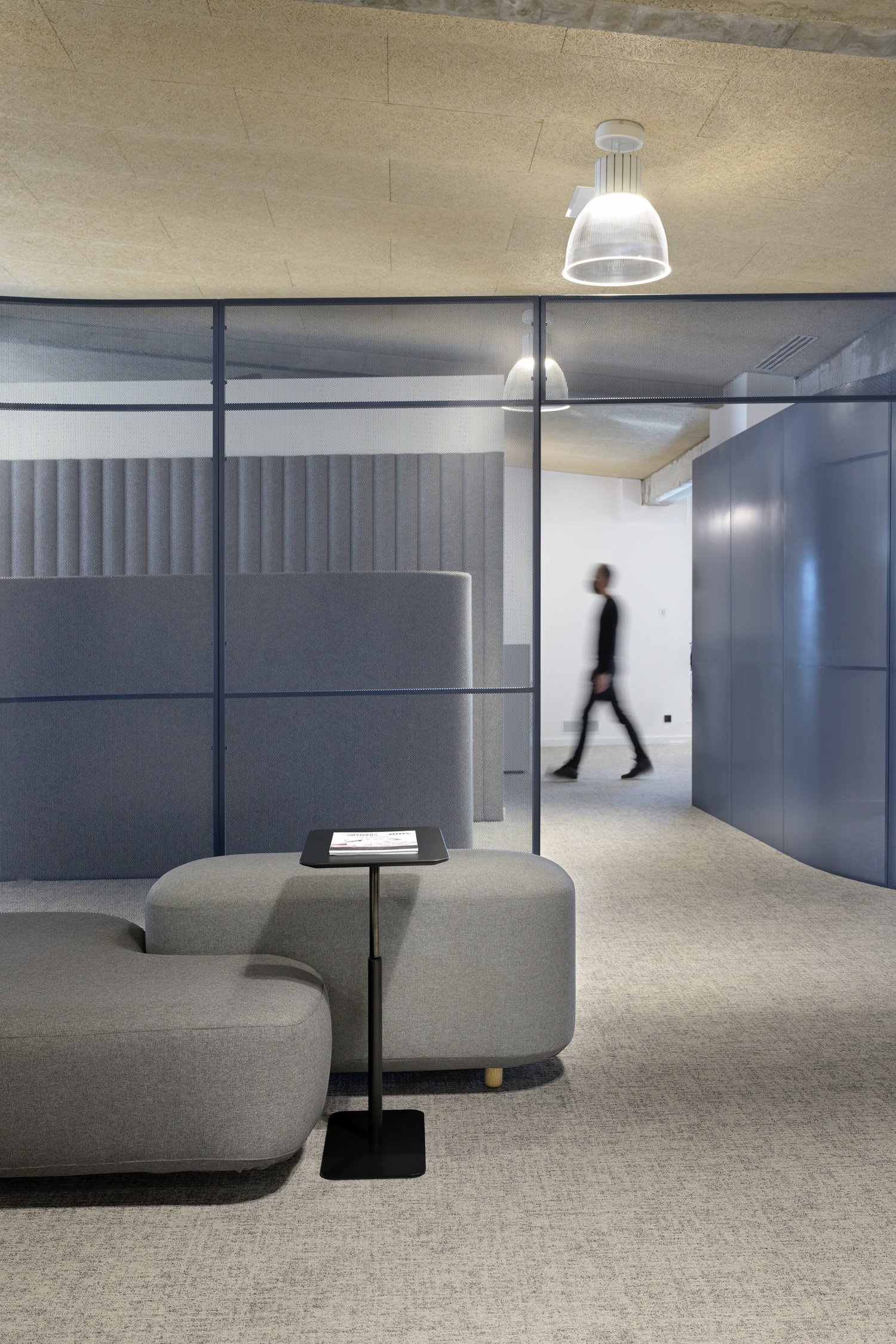 This translated into a circular floor plan that balances transparency with privacy through the installation of enclosed volumes in differing heights and carefully positioned metal mesh space dividers that create pathways within the office — both elements acting as the “skins” that provide private spaces as well as “more permeable” ones like meeting rooms, phone booths and casual gathering zones. The dedicated spaces are arranged around the perimeter of the layout and are anchored by a central canteen with warm wood flooring and a variety of seating that offers employees a comfortable place to convene throughout the day. 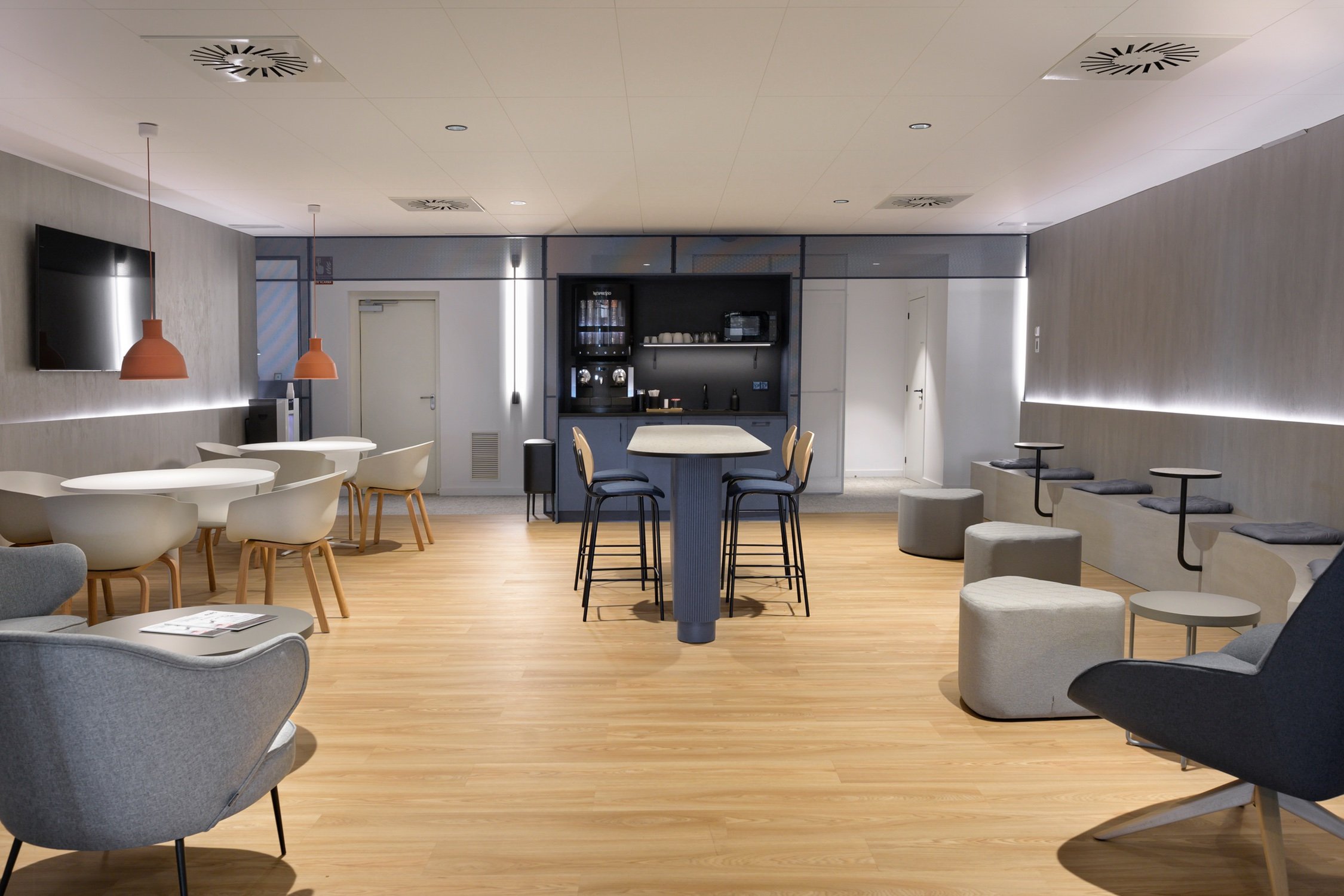 In another nod to Hundertwasser, a staunch critic of straight lines, rounded corners and curved walls contribute to a fluid sense of movement, while a curated palette of indigo blue and stone-grey strike a refined note against more industrial elements like exposed concrete beams and metal strapping on the ceiling. 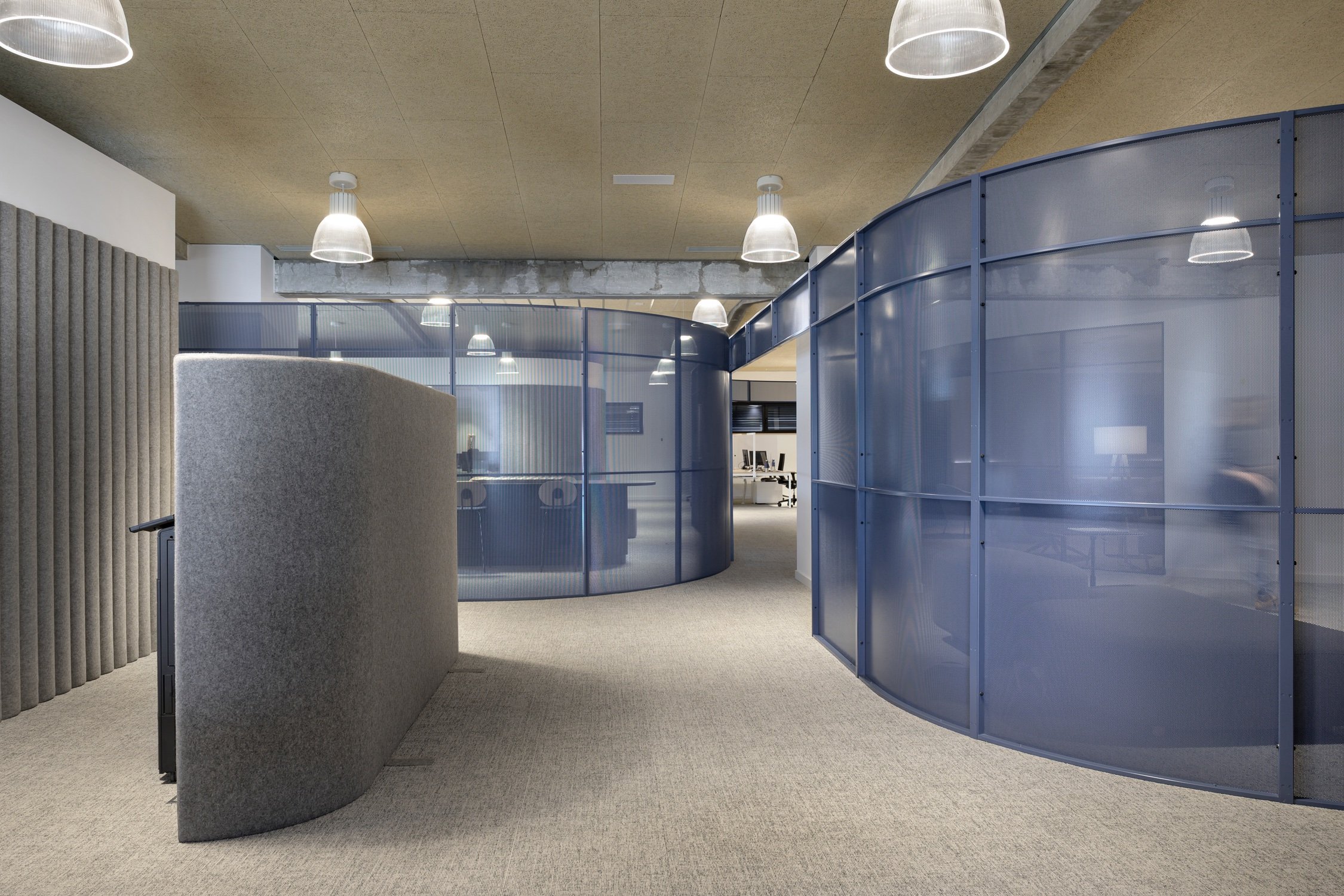 Texture was brought in via the metal mesh, padded (and acoustical) wall coverings and upholstered furnishings, which add to the space’s overall inviting richness. Deep-set windows ringing the interior let ample amounts of natural light permeate and their wood frames add an additional element of warmth to the offices.

To successfully meet PassivHaus standards, Von Arend & Denys ensured the office was airtight and wrapped it with high-quality insulation; the installation of high-performance windows and doors, elimination of thermal bridging and mechanical ventilation all also contribute to controlled solar gain, turning the building into a “totally healthy environment.” 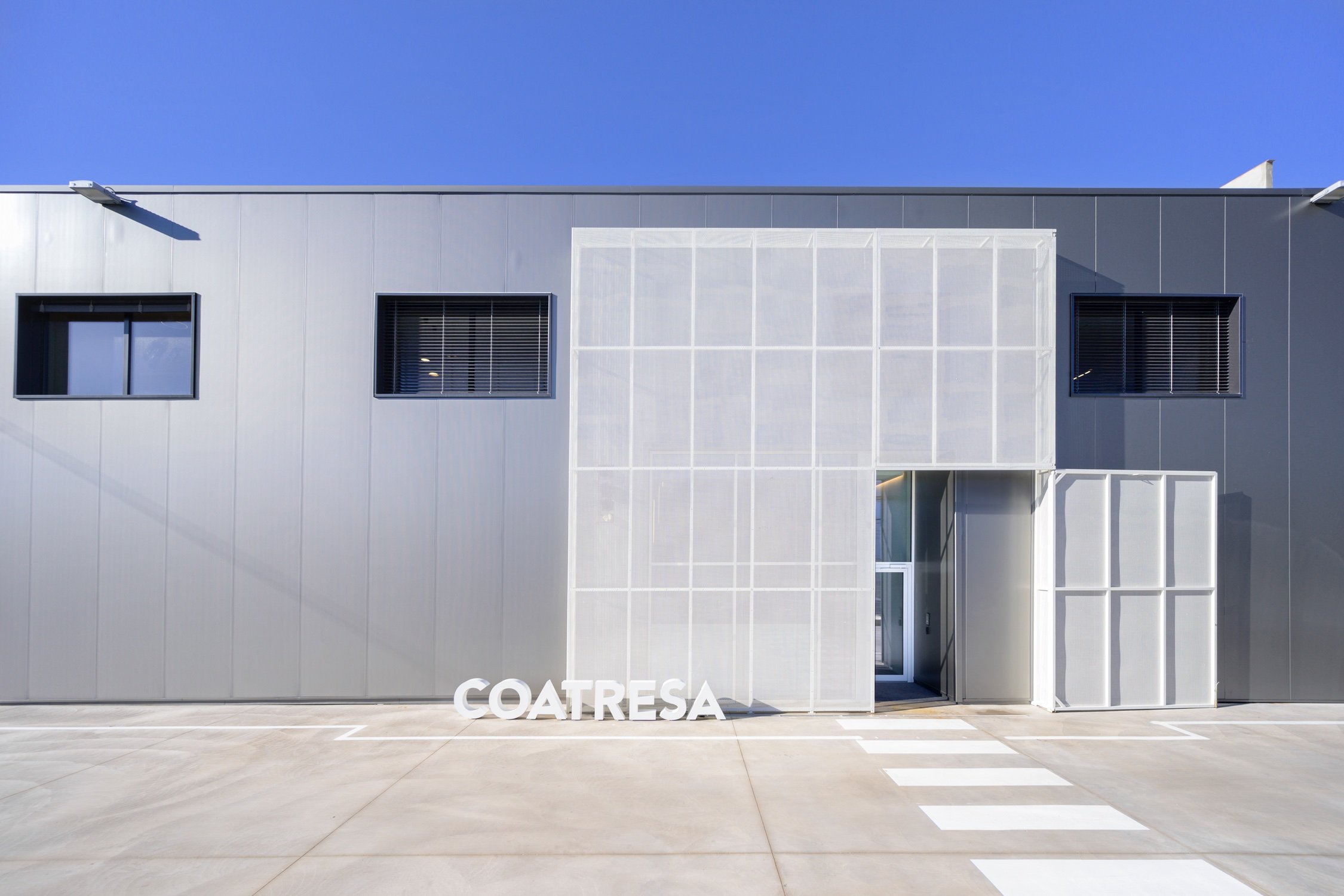 Once raw and undefined, the Coatresa office is now defined by its elements — skins, patterns and textures — that elegantly work together to foster productivity for both teams and individuals in a relaxed setting.

Led by an artistically inspired concept, the new Coatresa office near Barcelona is both energy efficient and extremely inviting.