Innovators Are Tackling Food Challenges with Design at EDIT
Since pre-history, food scarcity has been a problem. And while technology has raised crop yields, we still have to confront the problem of distribution. 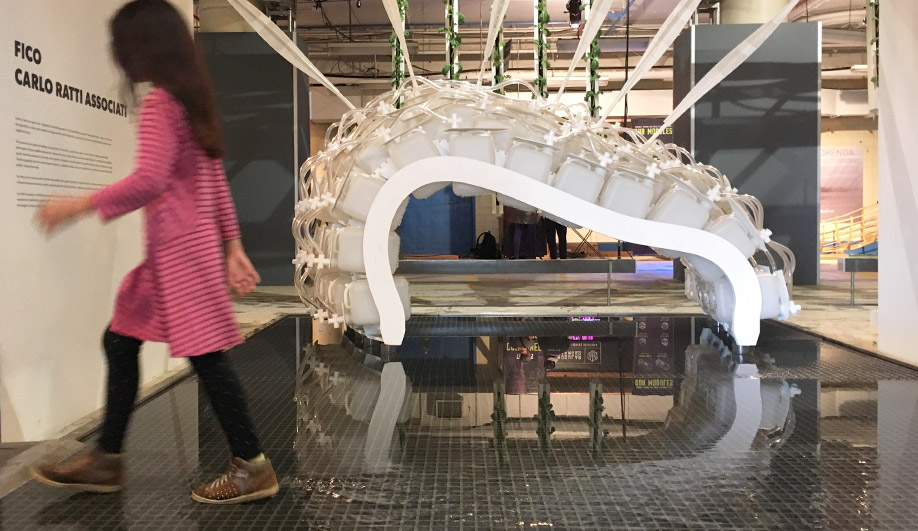 Fortunately, designers are rising to this challenge. EDIT, the new design festival on now in Toronto’s east end, took cues from the United Nations Development Programme’s 17 sustainable development goals, and many of the innovations it showcases demonstrate the ways design can confront the challenges of food security. 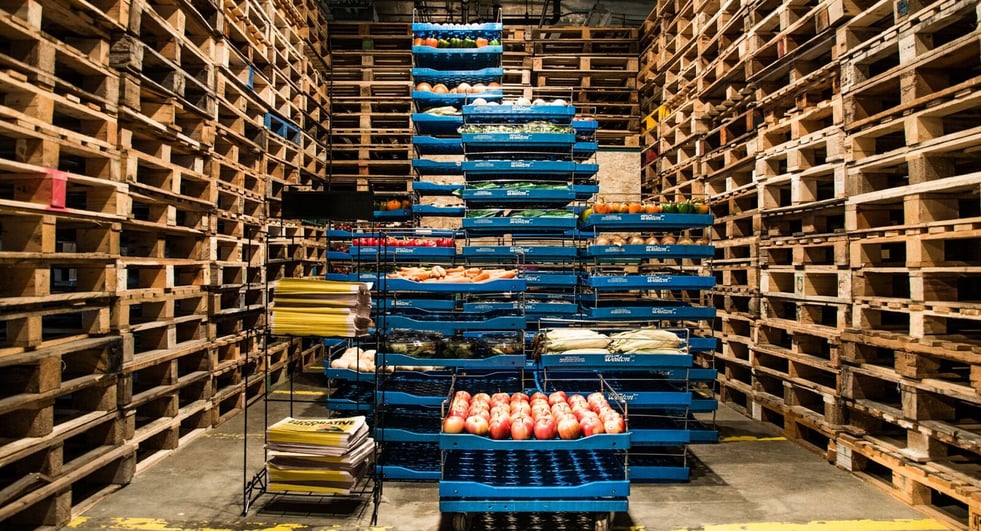 Some have found a solution by distributing existing resources to where they’re needed. Decorative Fruit, an installation by Robert Cram, working with Second Harvest and the Gladstone hotel, exemplifies this approach. In a pavilion constructed from shipping pallets, Cram has displayed the kinds of foods rejected from supermarkets for cosmetic reasons (crooked carrots, too-large onions, mottled peppers) but which used to go to waste despite being perfectly edible — and make up a significant portion of the roughly a billion pounds a food wasted each year in the Greater Toronto Area alone.

Decorative Fruit gives this problem scale, and shows how developing a network to distribute unsellable produce reclaims it as a resource, and brings perishable nutrition to 245 soup kitchens, shelters and community centres across the city. 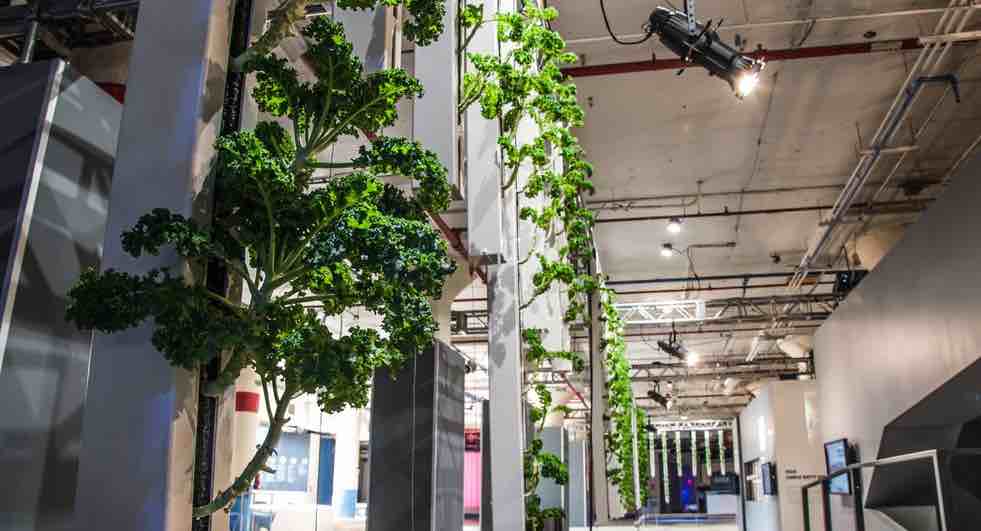 Even better than transporting food where it’s needed is not transporting it at all, by growing it where it will be consumed. To illustrate the potential of this approach, Carlo Ratti’s Cities / Shelter exhibit (below) brings together several innovations in the realm of small-scale urban farming. Front and centre is Modular Farms’ Shipping Container Farm, an installation that reproduces aspects of their operation in Brampton, Ontario, where plants are grown hydroponically in a matrix of plastic mesh housed in a system of vertical rails (visitors can also view the operation directly using VR). 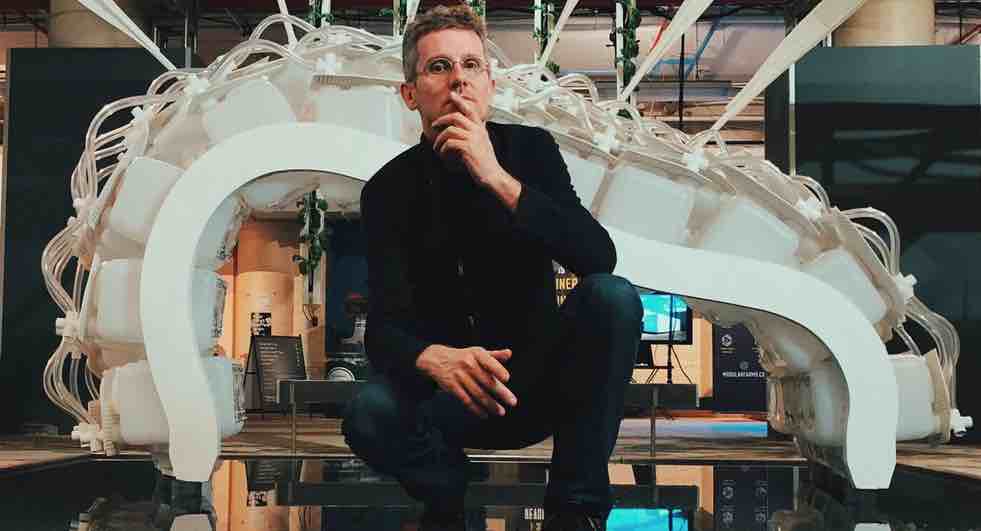 Water trickles continuously through the mesh before being pumped back into the system. Enclosed in a humidity-controlled environment lit with LEDs, Modular Farms grows produce literally steps from the marketplace where it’s sold, year-round, with consistent quality — it’s never even loaded into a truck. Even better, water waste, soil and nutrient runoff, and damage from bad weather and insects are completely avoided. 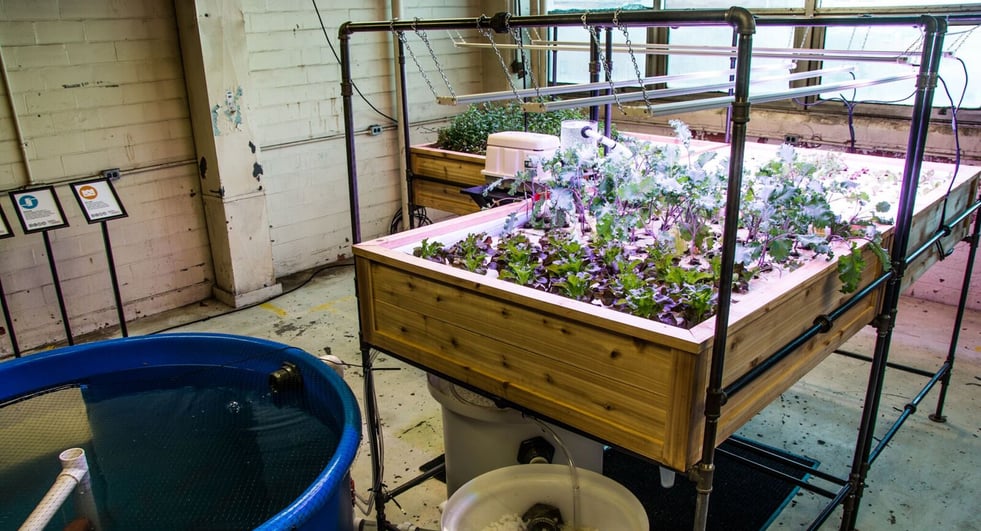 Growing protein is a more daunting design challenge, but here, EDIT hints at the future of micro-farming. Waterfarmers (above), presented by FloNergia, demonstrates the concept of aquaponics — a system that comprises tanks of fish and flats where plants are grown. Fish waste fertilizes the plants, and in turn, the plants filter the water that the fish swim in. At a smaller scale: EDIT’s visitors can see a model cricket farm (above), designed for raising insects as a protein source, and even sample spaghetti sauces made with crickets and mealworms courtesy of One Hop Kitchen. 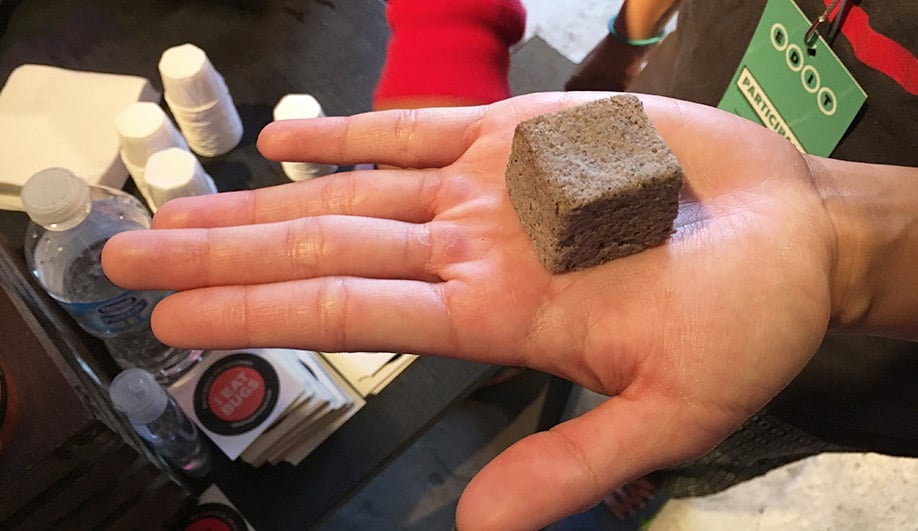 While insects may not be the protein of choice today, switching from beef to crickets cuts the strain on resources by 80 per cent overall — and virtually eliminates the production of methane — while resulting in a final product that offers nutritional advantages.