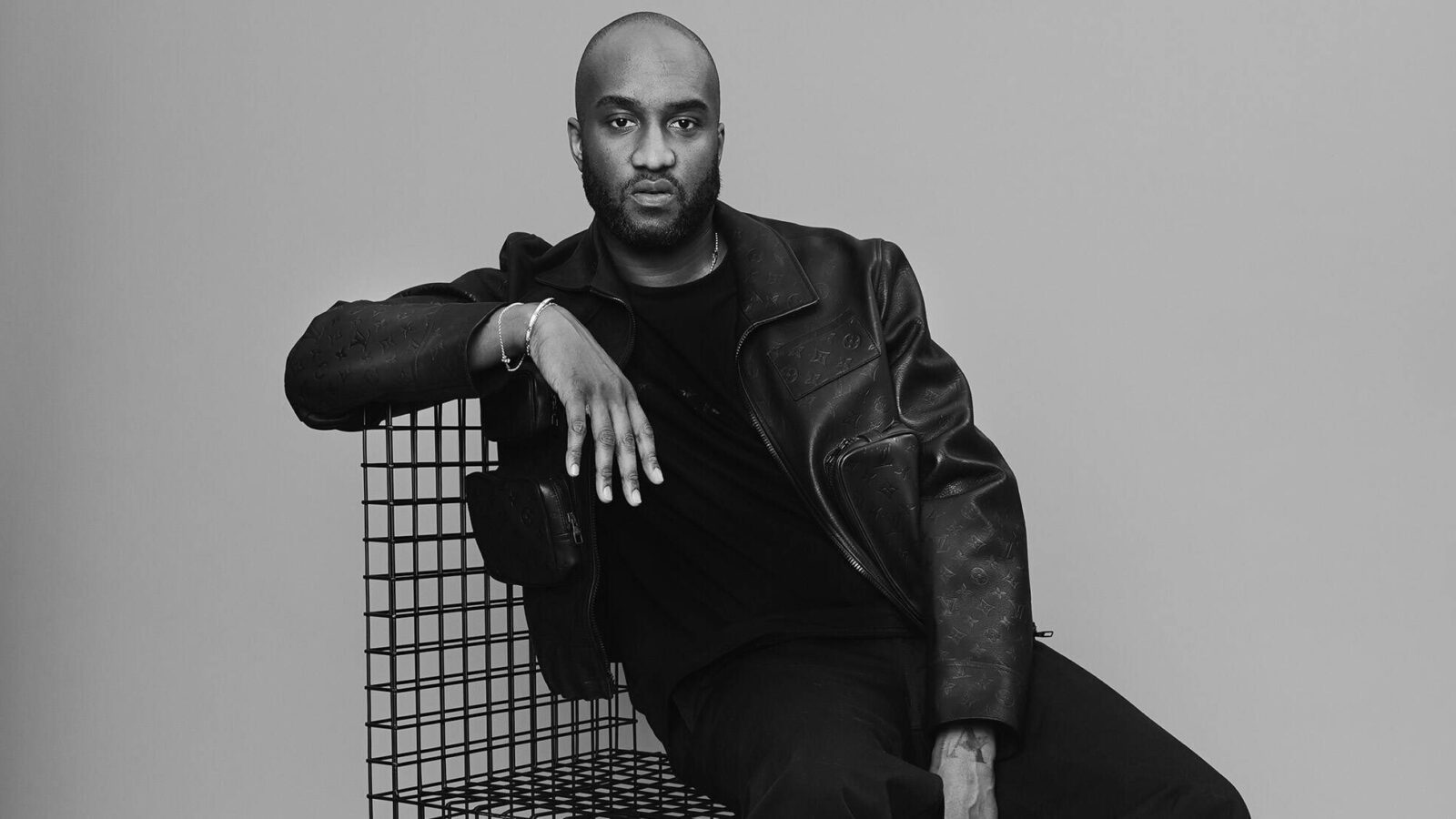 In Honour of Virgil Abloh

A creative visionary whose work touched every discipline of design, from fashion to furniture and architecture, Abloh died on November 28.

The announcement of Virgil Abloh’s death was a gut punch. This past weekend, we learned that the iconic American designer, who had accomplished so much and yet was only entering his prime, had succumbed to an aggressive cancer he had been privately battling for two years. He was 41.

Trained as an architect, Abloh was best known as a fashion designer – he founded his groundbreaking Off-White label in 2013 and took the helm of Louis Vuitton menswear in 2018, where he was the first Black artistic director in the brand’s history. But he was also an artist, a prolific DJ, and the type of furniture designer whose pieces stand as works of design criticism. Even his website, with the tag “POSTMODERN,” is a tour de force.

Born to Ghanaian immigrants, raised in Chicago and obsessed with New York street culture, Abloh first came to prominence as the creative director of Kanye West’s Donda incubator; he also helped visualize the legendary cover art for “My Beautiful Dark Twisted Fantasy,” “Yeezus” and “Watch the Throne.” He then founded the streetwear brand Pyrex Vision, which evolved into Off-White. In the midst of these early creative endeavours, he earned a degree in civil engineering from the University of Wisconsin-Madison and a master’s in architecture at the Illinois Institute of Technology. 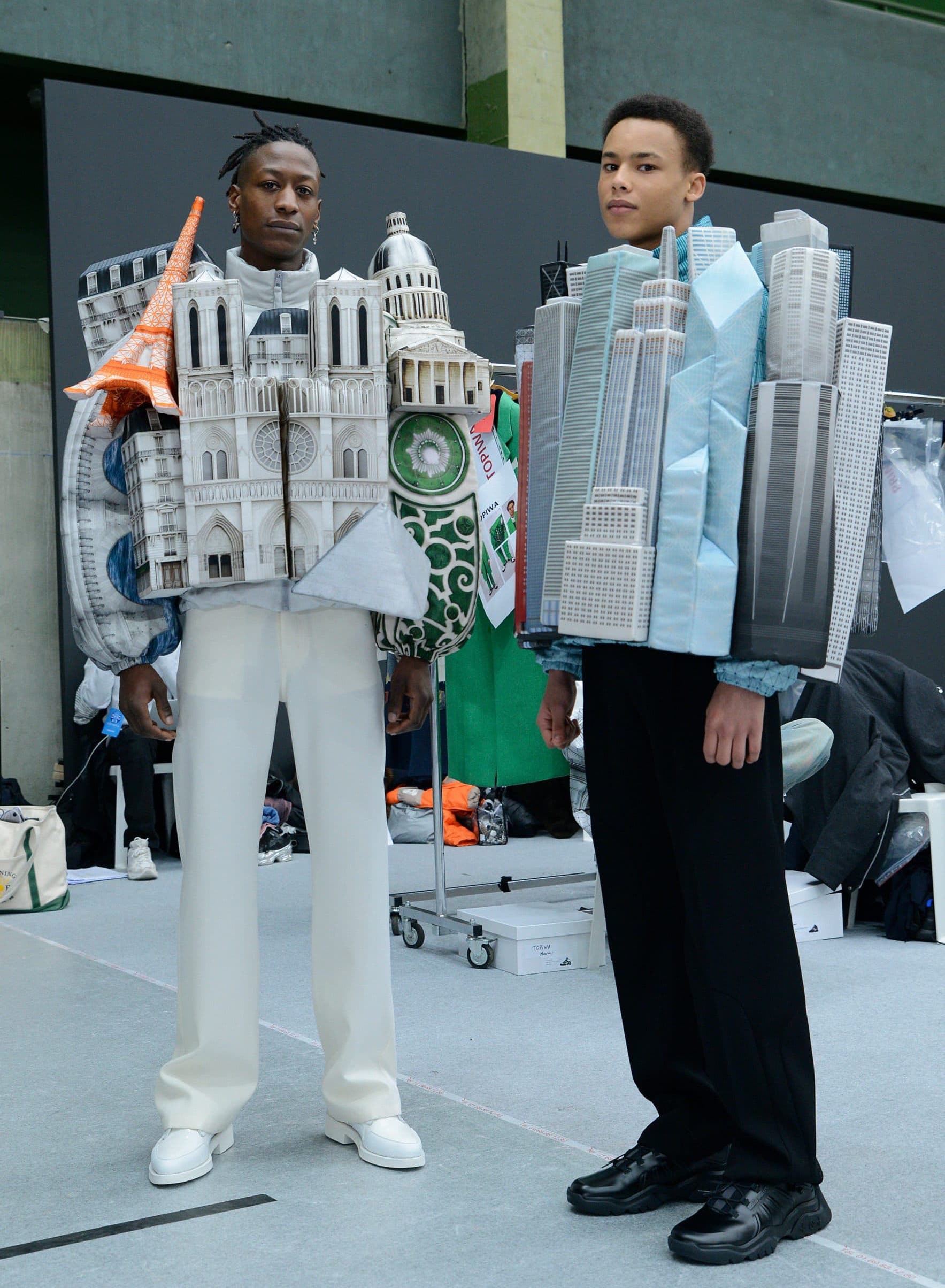 Off-White catapulted Abloh to the world of couture, and he continued to helm the label as he set about reinventing Louis Vuitton. And at both, he was provocative and experimental, ushering in an era of gender-busting fashion, from the BDSM-inflected sparkly bib that Timothée Chalamet wore on the red carpet to the flower-print dress that Kid Cudi performed in on SNL. In his elevated streetwear, Abloh balanced reverence and irreverence. A recent collection – featuring boxy skylines reinterpreted as puffer jackets – combined his love of architecture with his appreciation for tailoring; another flirted with blasphemy by using the American flag as its main pattern. 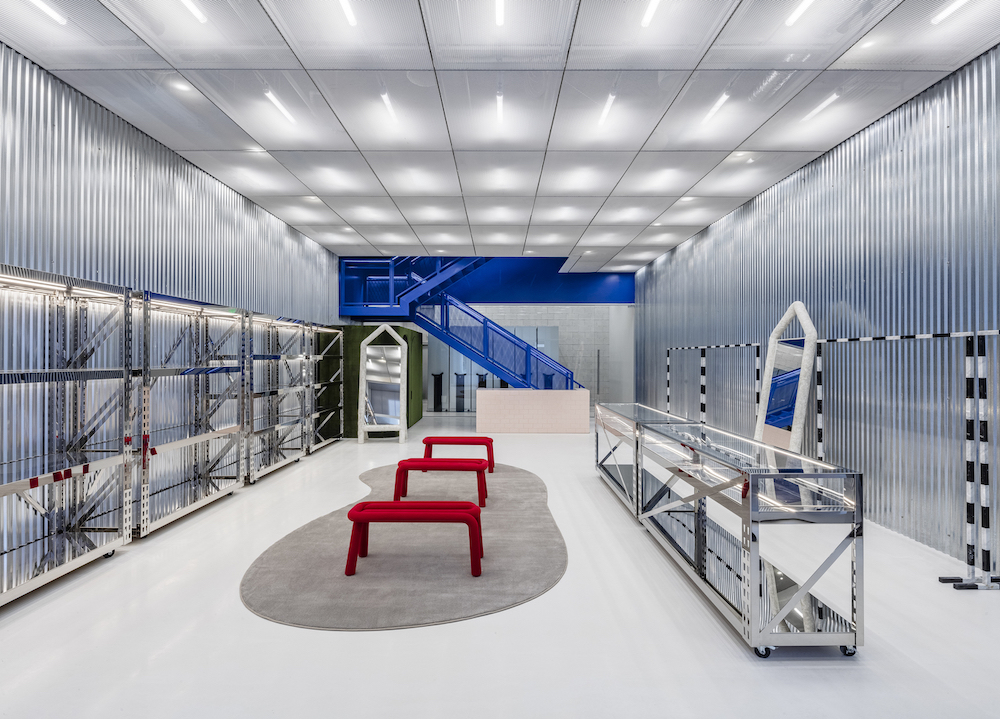 Designed in collaboration with AMO, Abloh’s Off-White flagship in Miami was one of Azure’s standout interiors of 2020.

Through his fashion, Abloh was making indelible statements, whether implicitly or explicitly. He designed the now-iconic tutu (a fitting tribute for a true queen) that Serena Williams wore at the 2019 French Open, and the wedding gown that Hailey Baldwin wore to exchange vows with Justin Bieber, with “Till Death Do Us Part” embellishing its train – quotes and all, as was his signature.

He performed similar feats of artistry with everything he touched. A true design thinker, Abloh did not so much blur boundaries as he refused to acknowledge them in the first place. In 2019, the subject of a New Yorker profile, he explained, “Studying architecture, to some people, is, like, ‘Oh, you build buildings.’ But to me it’s a way of thinking. It’s a way of problem-solving with a rationale. And you can apply that rationale to building a building but also to scrambling eggs.” Introducing Project Geländewagen, his remix of a classic Mercedes-Benz, he echoed this sentiment, “I look at my work as metaphoric – what can exist in different disciplines of design, how you can form a new design language, and engage a younger audience, across icons, using some different techniques and investigations.”

In a lecture at Harvard’s Graduate School of Design, Abloh expounded on the techniques that informed his praxis. By using what he termed as “cheat codes” — like changing a familiar design “by three per cent” — he created something radically new. He likened it to sampling. “Streetwear in my mind is linked to Duchamp,” he explained to The New Yorker. “It’s this idea of the readymade. I’m talking Lower East Side, New York. It’s like hip-hop. It’s sampling. I take James Brown, I chop it up, I make a new song. I’m taking Ikea and I’m presenting it in my own way. It’s streetwear 10.0 — the logic that you can reference an object or reference a brand or reference something. It’s Warhol — Marilyn Monroe or Campbell’s soup cans.” 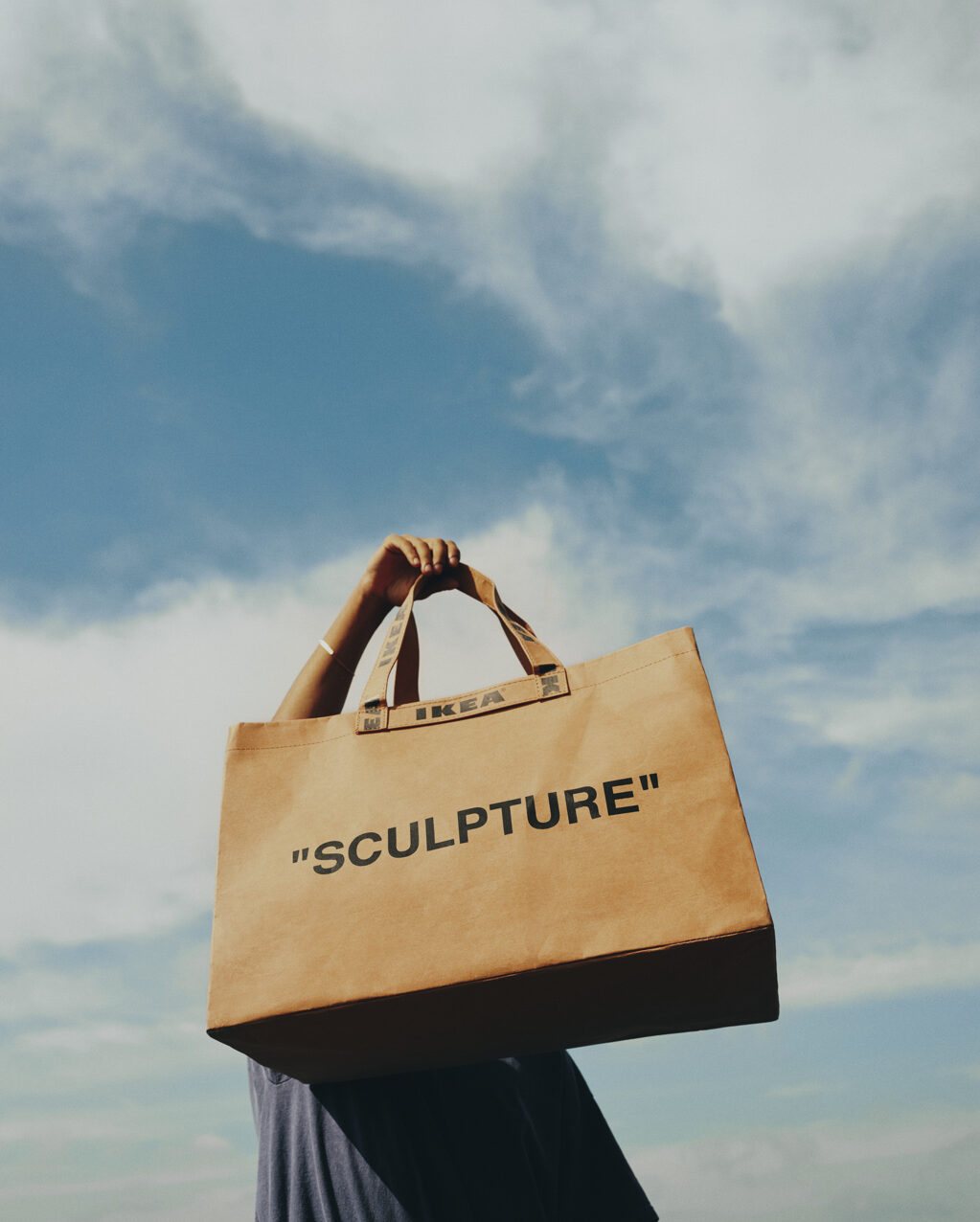 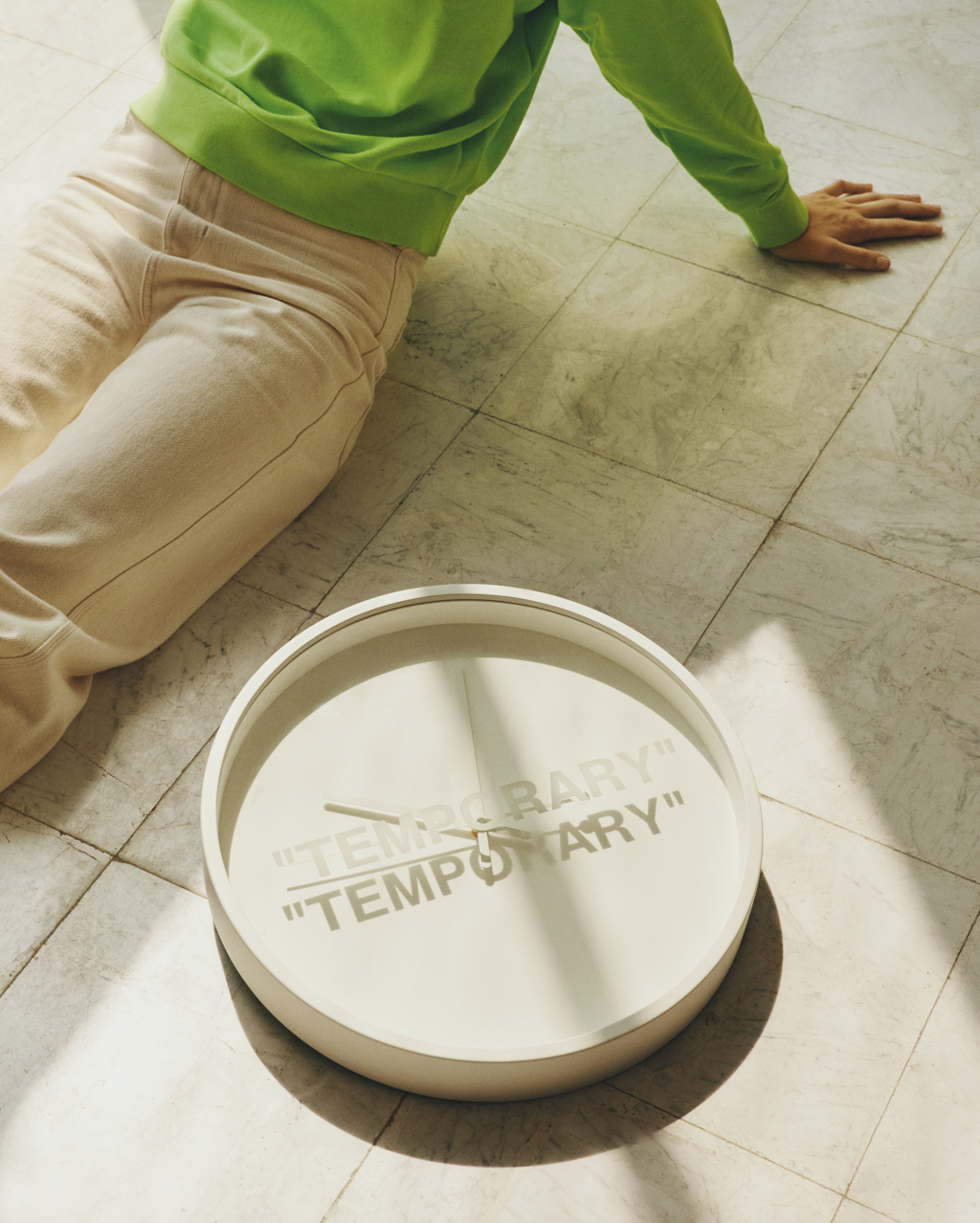 like the brown tote bag inscribed with the word “SCULPTURE” and a simple white clock with “TEMPORARY” on its face.

As part of both the Off-White logo and his own personal brand, Abloh used the TM logo as a winking acknowledgement of this post-modern sensibility. Sampling and mixing permeated his design collaborations — from fashion to furniture. With Ikea, he supersized a receipt into a rug; with Nike, he imagined new takes on his favourite shoes; with Vitra, he introduced a single ceramic brick as the ultimate endlessly repeatable and flexible building module. And with the artist Takashi Murakami, he went all out – juxtaposing an assortment of Americana iconography in vivid colour – for an ongoing series that travelled the world through the Gagosian Gallery. 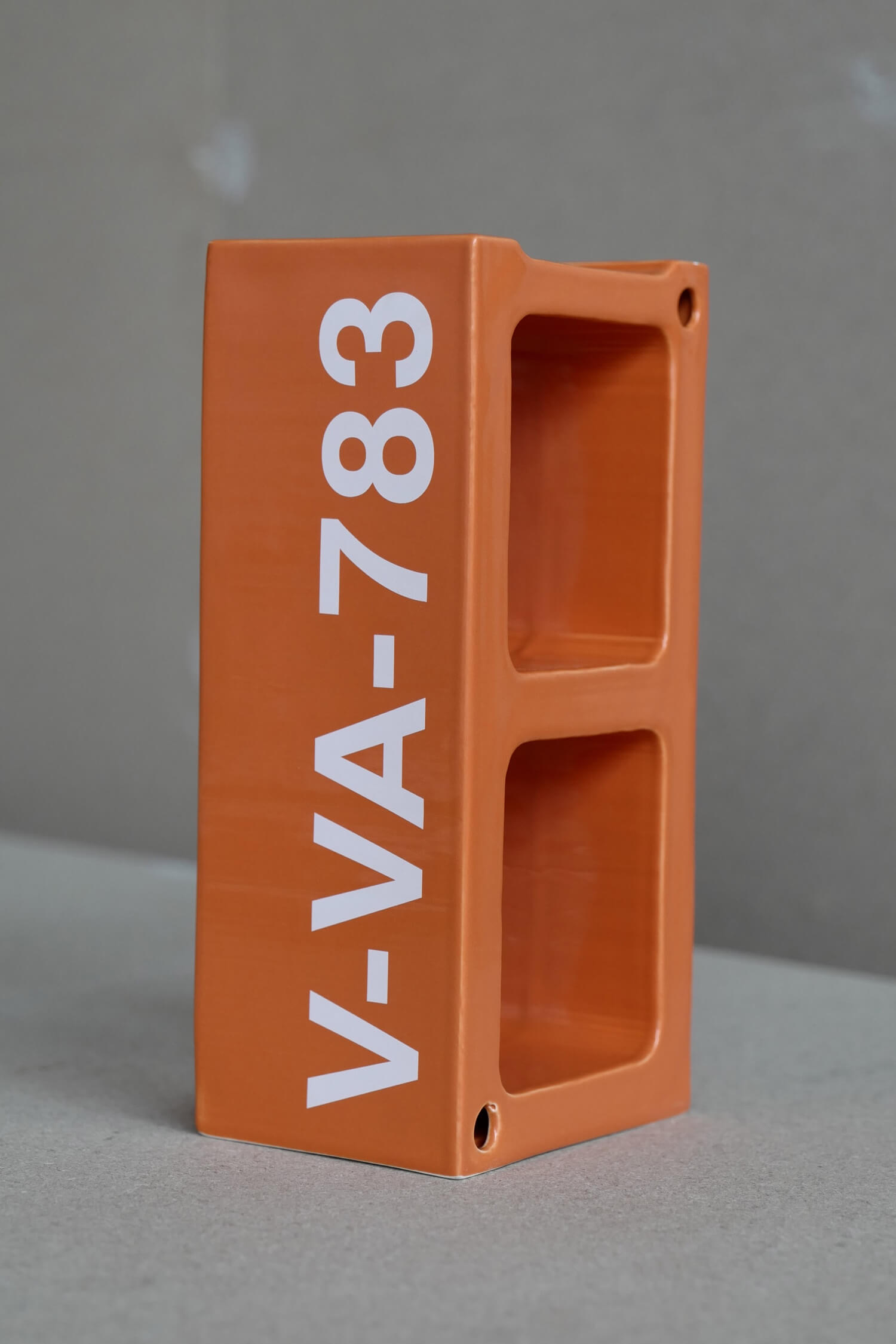 It’s almost impossible to encapsulate the kind of immense curiosity and talent that Abloh had in absorbing and remixing the world around him – and then re-presenting it to the rest of us. Marcus Dowling said it best: Virgil was the Culture. In his memory, Louis Vuitton will present his last collection, Spring-Summer 2022, tomorrow in Miami. 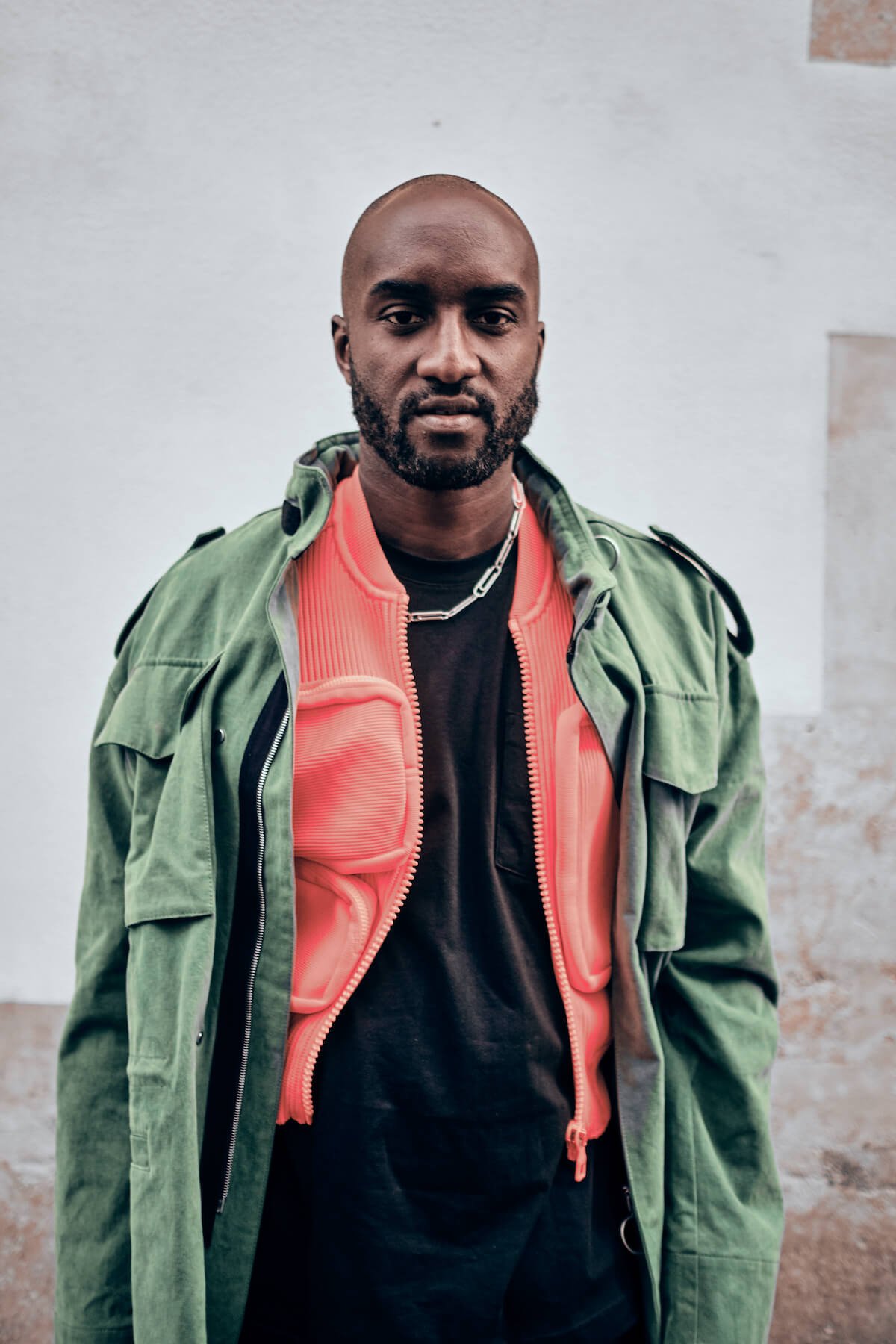 A creative visionary whose work touched every discipline of design, from fashion to furniture and architecture, Abloh died on November 28.