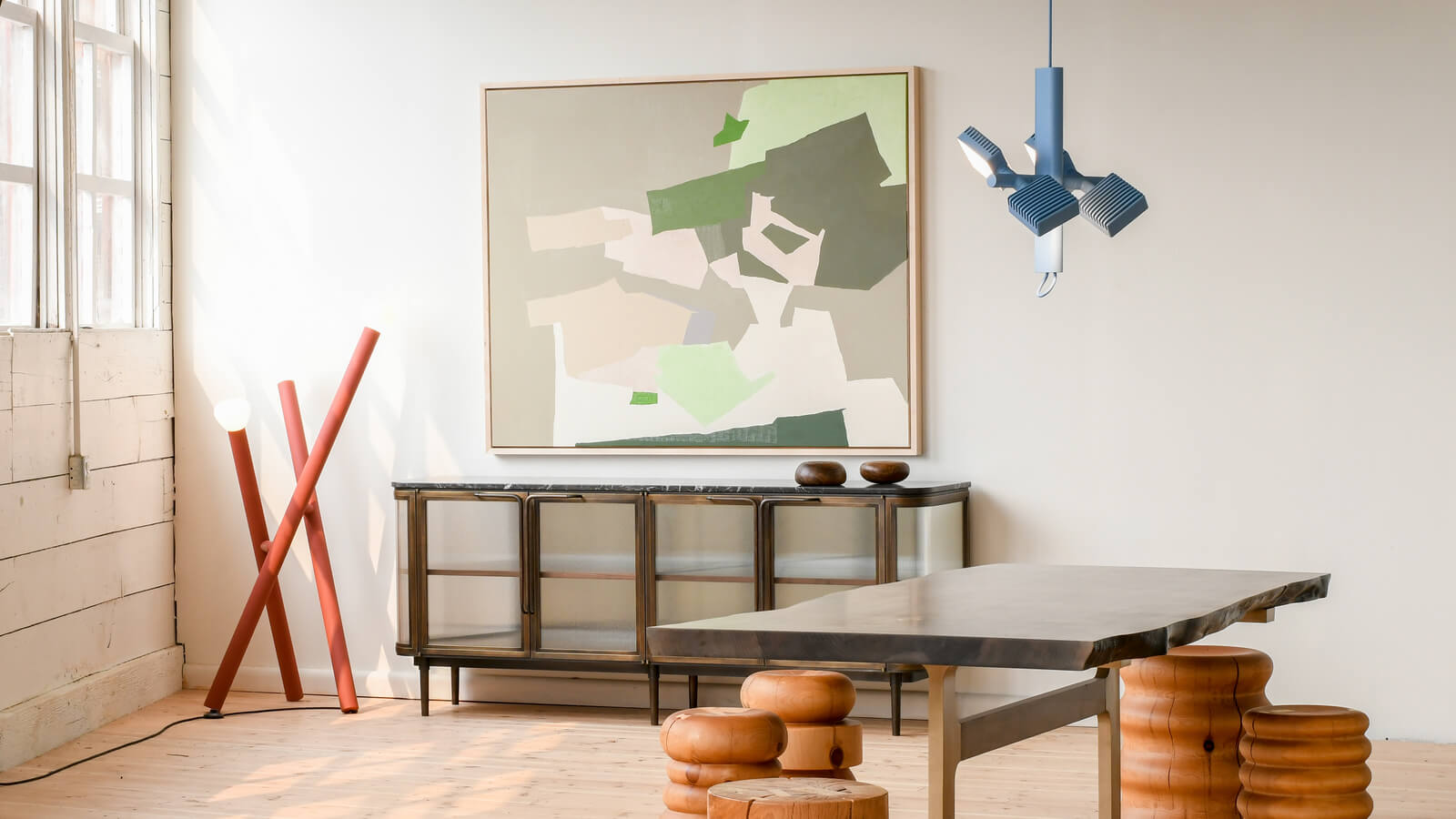 With Alpenglow Projects, designer Jeff Martin taps into the next wave of art furniture for a growing national and international market.

Long considered the sibling to the more prominent and patronized art market, collectable design has enjoyed a significant resurgence in the past two decades. As opposed to the mass-produced nature of their more common consumer-oriented counterparts, these limited edition objects challenge accepted materials, processes and aesthetics. In other words, they’re one-off, one-of-a-kind pieces that exemplify artisanal craft, artistic expression and conceptual exploration.

While part of a trajectory dating back to the early 2000s, where auction houses would brandish works by industry giants Ron Arad and Marc Newson alongside vintage or secondhand pieces, this shift has also largely been informed by the instability of the market. Following the 2008 economic crisis, the makers movements in many North American cities (Brooklyn, Toronto and more) and the expansion of online platforms like 1stdibs, emerging designers began looking to galleries rather than more traditional manufacturers for opportunities and exposure. 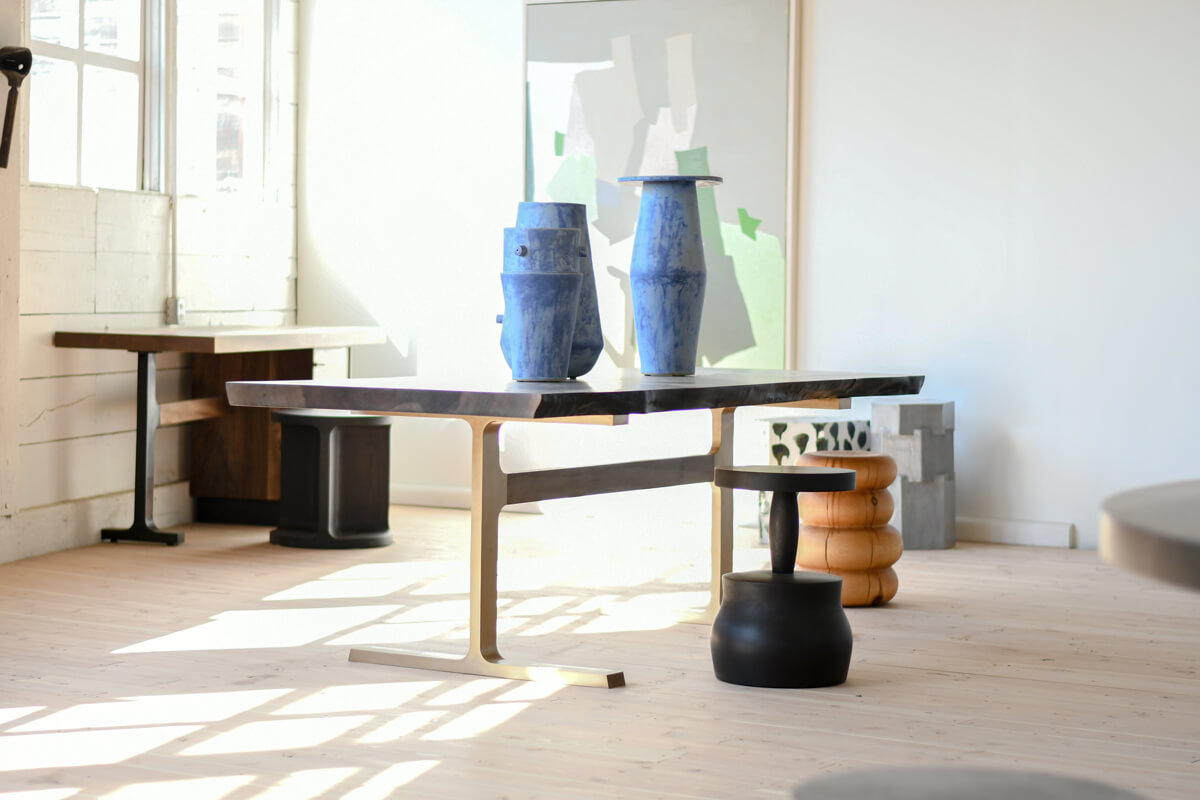 On Canada’s West Coast, Alpenglow Projects — a new gallery conceived by Jeff Martin and his eponymous local outfit — is bringing this emphasis on collectable design north of the 49th parallel (where Toronto’s The New Auction is one of the very few design-art-focused ventures). Alongside operating his own practice that develops “residentially focused” furniture as well as small-scale glass objects, Martin has dedicated a portion of his production facility in Vancouver’s Strathcona neighbourhood to the venture. The street-level industrial space (which goes by AP_ for short) is focused on promoting “work which is risky in some sense, where our artists and designers have more freedom,” he says.

The inaugural show “Extra-Mediums” was an early testing ground for this philosophy — it featured 30 of Martin’s cork-formed glass vessels. Now, with 16 national and international designers and artists on the gallery’s roster, Martin has set the stage (quite literally) for these creatives to explore making work outside of the strictly commercial sphere, all while providing them direct access to an important, burgeoning market. 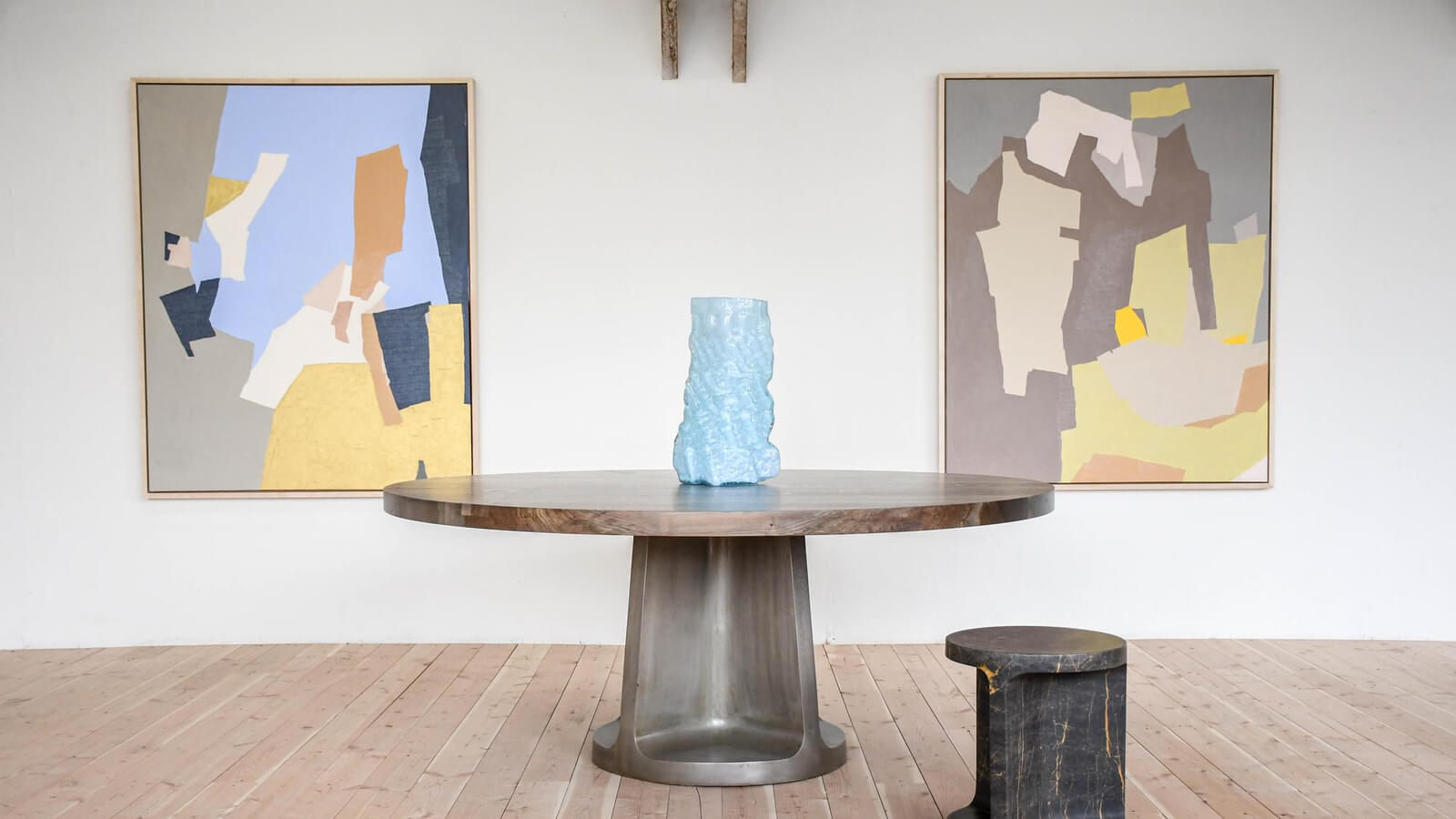 “I’m thrilled to represent a new guard of Canadian designers in the public forum,” he says. “But I also want to honour the work coming out of other distinct regions as well.” To that end, the gallery’s latest show (launched in early October to coincide with IDS Vancouver’s hybrid physical and digital program) features a carefully curated section of Canuck darlings and international talents. 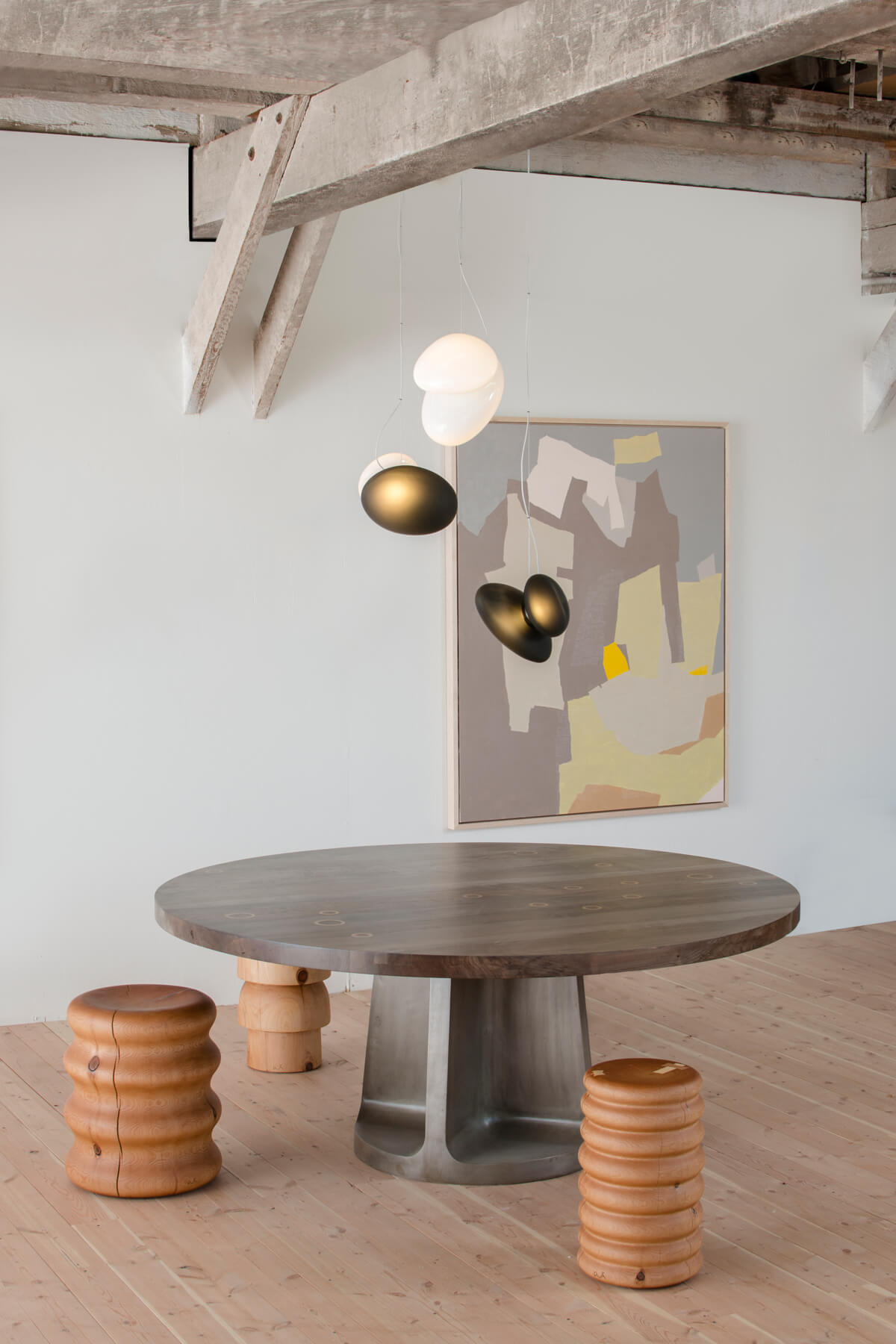 For instance, Vancouver designer Lukas Peet’s new blown-glass Pebble series for ANDlight dances over Martin’s circular Bronze dining table. More intimate objects also find a home in the space: There are the charming spun aluminum vessels by local studio Pommet Kendall (available in a range of anodized tones) and blue-hued ceramics by Bari Ziperstein in addition to Steven Haulenbeek’s Cactus Lamp (made of resin-bonded sand and a hand-blown glass diffuser) to name a few of the standouts. 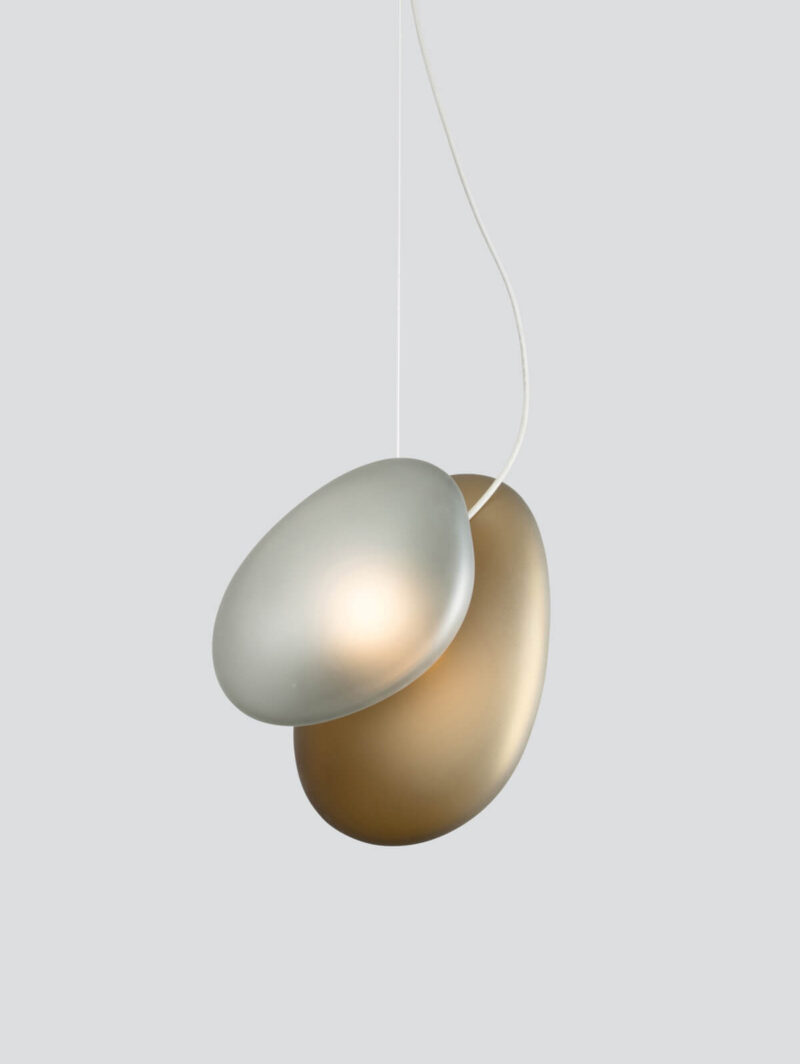 These anodized aluminum Spun Vessels are by the Vancouver studio of Charlotte Pommet and Elliot Kendall.

Elsewhere, Vancouver studio New Format’s low-slung Plano Credenza (boasting a handsome combination of reeded glass, textured bronze and locally quarried black marble) joins the Parc 05 floor lamp by Montreal’s Lambert&Fils. Nearby, another of their luminaries — the Dorval 01 pendant — is mounted above the live-edge Shaker table by Martin and surrounded by the totem-like, solid wood Objects by Californian Dan John Anderson. The setting is heightened by large-scale, collage-like paintings by Edmonton architect-turned-artist Rubeena Ratcliffe, which provide a graphic counterpoint throughout. 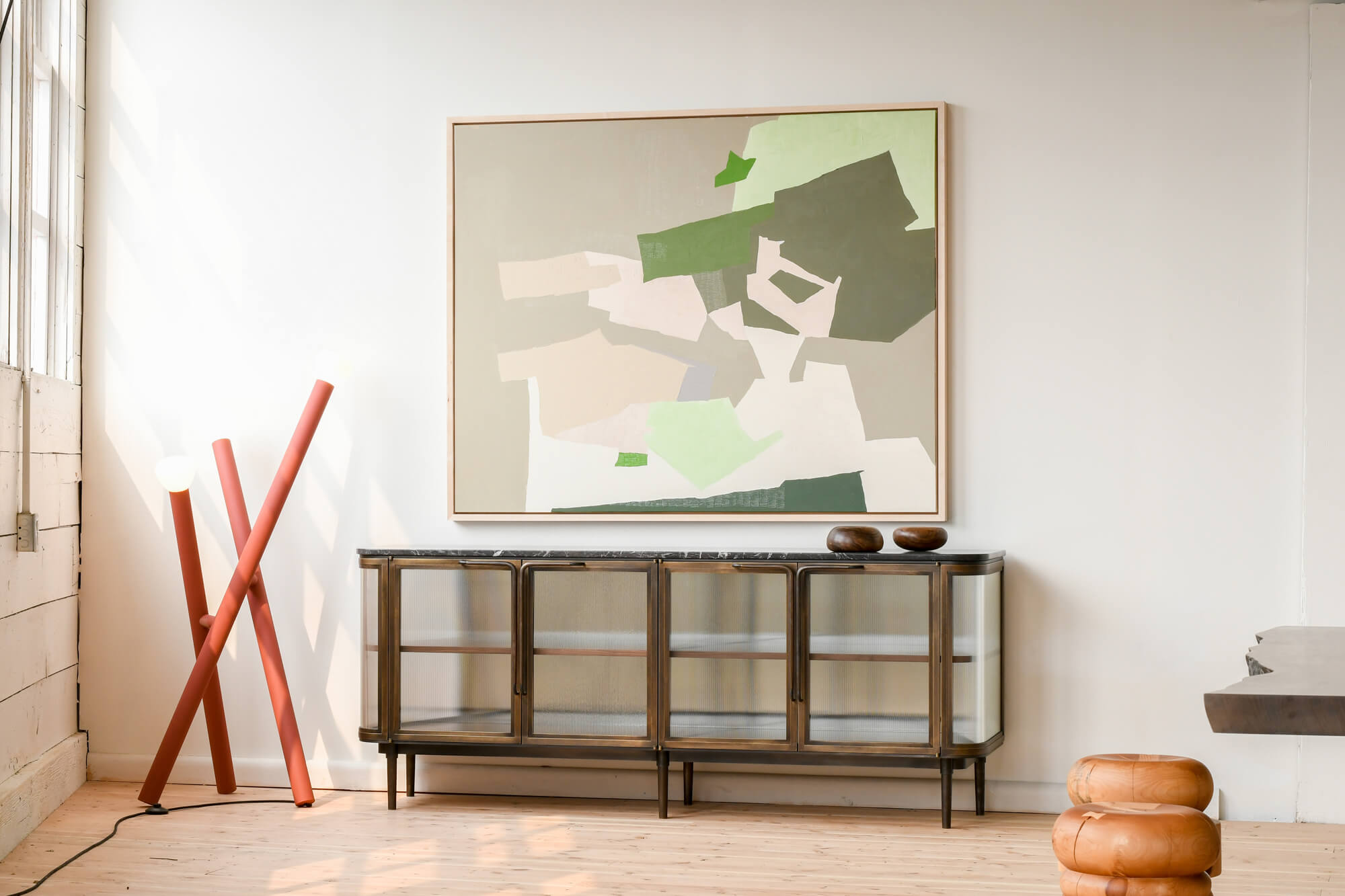 Alpenglow Project’s roster includes established studios and emerging talents. Among them are Lambert&Fils (its Parc 05 floor lamp is shown in red) and New Format Studio (its Plano Credenza is in the background).

It’s all a deliberately domestic atmosphere — and for good reason. “What changed in the past two decades,” design historian and educator Daniella Ohad said earlier this year while considering the expanding field, “is that art collectors realized that they could have the best paintings, but if they didn’t have furniture to complement them, their homes would be impersonal.” So why not pair a stacked felt chair by Toronto designer Jeffrey Forrest (of Stacklab) with the volcanic stone Loto Roca side tables by Mexico-based Caterina Moretti? 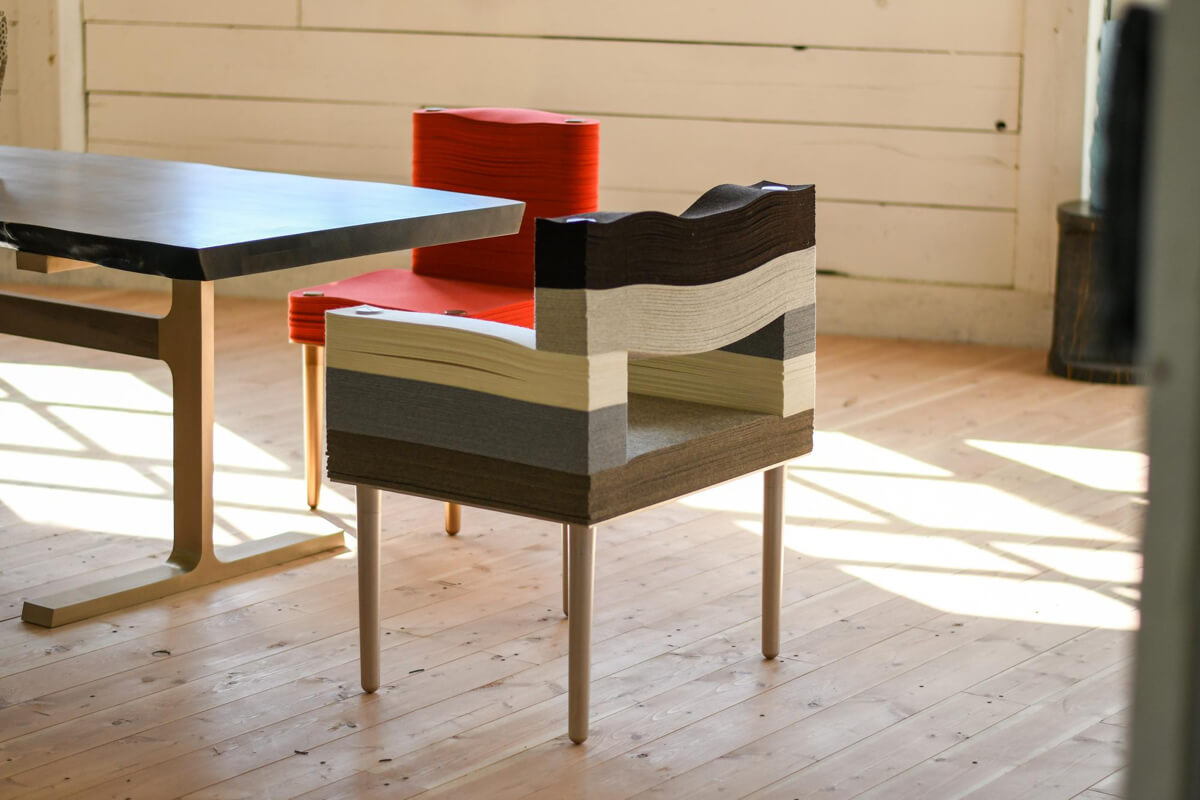 This deft mix of regions, material and perspectives is crucial for AP_. “I want to give equal footing to someone like Caterina Moretti as to Vancouver-based Charlotte Pommet and Elliot Kendall,” Martin adds. “To me, region is only important as a source for inspiration and materials for work.” In that vein, the designer is already sketching out his 2021 circuit. With ambitions for residences in the gallery and in his workshop, Martin is also keen to use Alpenglow Projects as a platform for emerging practices, including self-taught designer Henry Norris (behind New Format), whose solo exhibition “Borrowed Forms” is currently in the works. 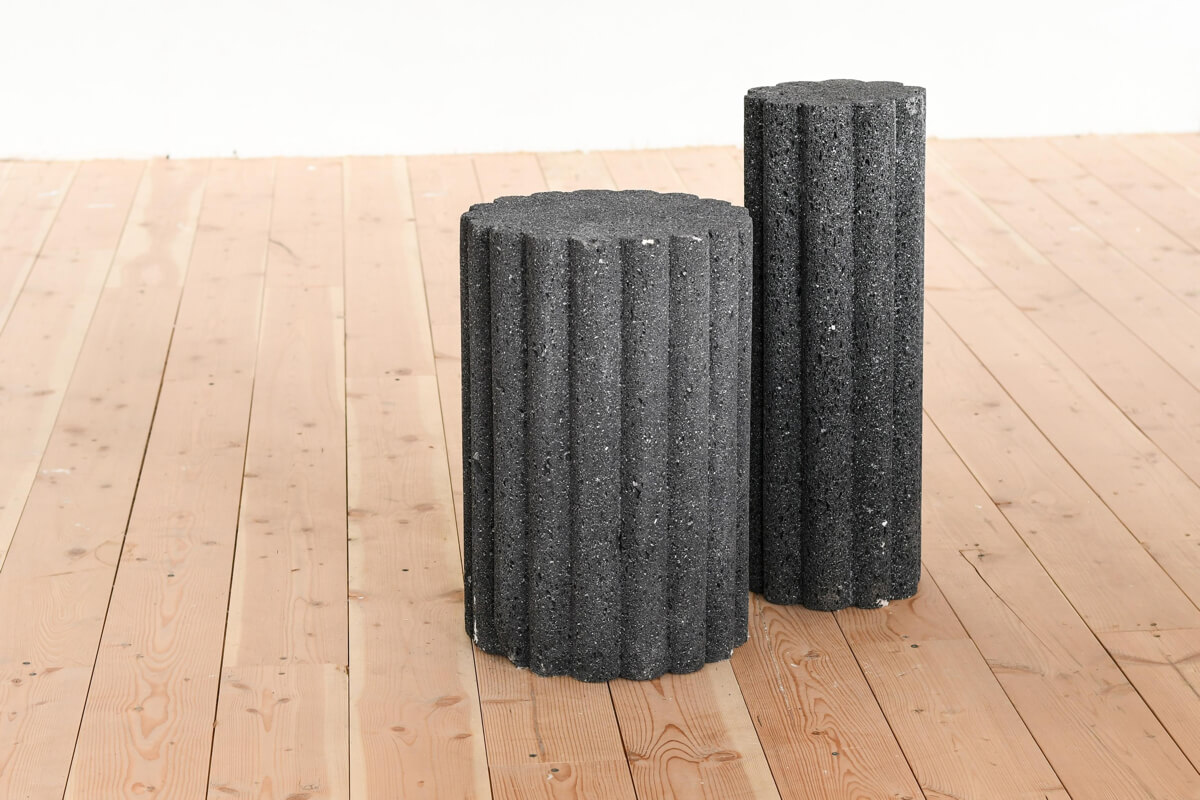 Though fine art furnishings are enjoying a much-deserved spotlight south of the border thanks to prominent exhibitions at galleries including New York’s Friedman Benda and the annual expo Design Miami, to name a few, Martin (an avid collector himself) insists Canada is ready for a major platform of its own. In the weeks since the opening he’s already sold work to collectors in London, Miami, San Francisco and Hong Kong, as well as those much closer to home in Toronto, Vancouver and Edmonton. “With current, but possibly long term, disruption to a once vital design fair circuit around the world,” he says, “we have all been looking at new ways of getting work into the public realm. Let’s call it intuition, but I think there is a market for it here.”

With Alpenglow Projects, designer Jeff Martin taps into the next wave of art furniture for a growing national and international market.