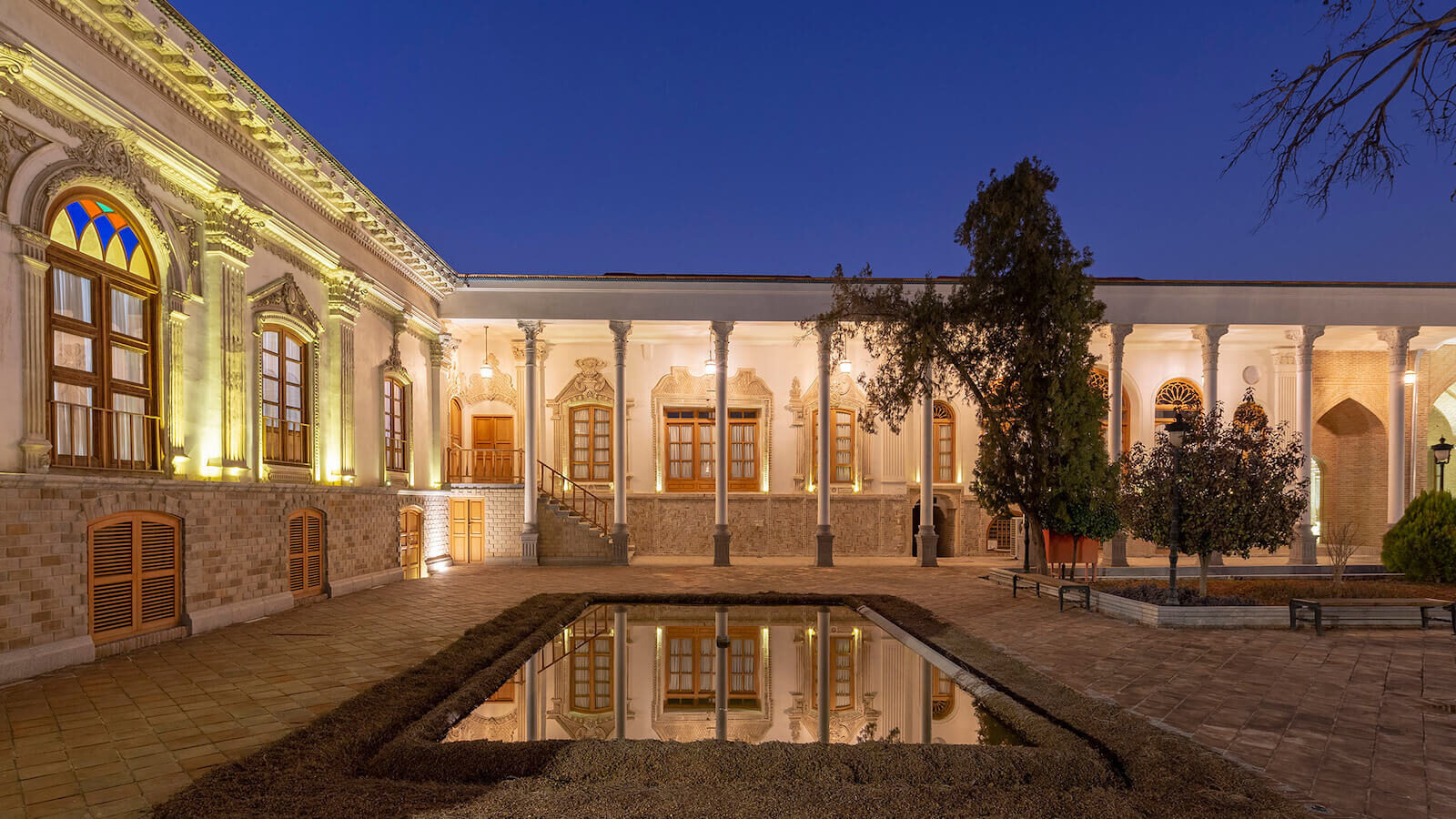 In Tehran, a Historic Site Revived as a Cultural Hub

By turns a royal social destination, a TV shooting location and a long-vacant husk, an iconic Iranian complex returns to its former glory.

In 1970s Iran, My Uncle Napoleon was a phenomenon. A satire of Persian society set during World War II, the seminal novel was published in 1973 and adapted into a hugely popular TV mini-series three years later. The show made stars of its actors — as well its setting; Tehran’s historic Ettehadieh compound, which became widely known as the “House of Uncle Napoleon.” Now, thanks to a thorough restoration by local experts Ákaran Architects, the 9,000-square metre complex has been revived as a community centre and eclectic cultural destination. 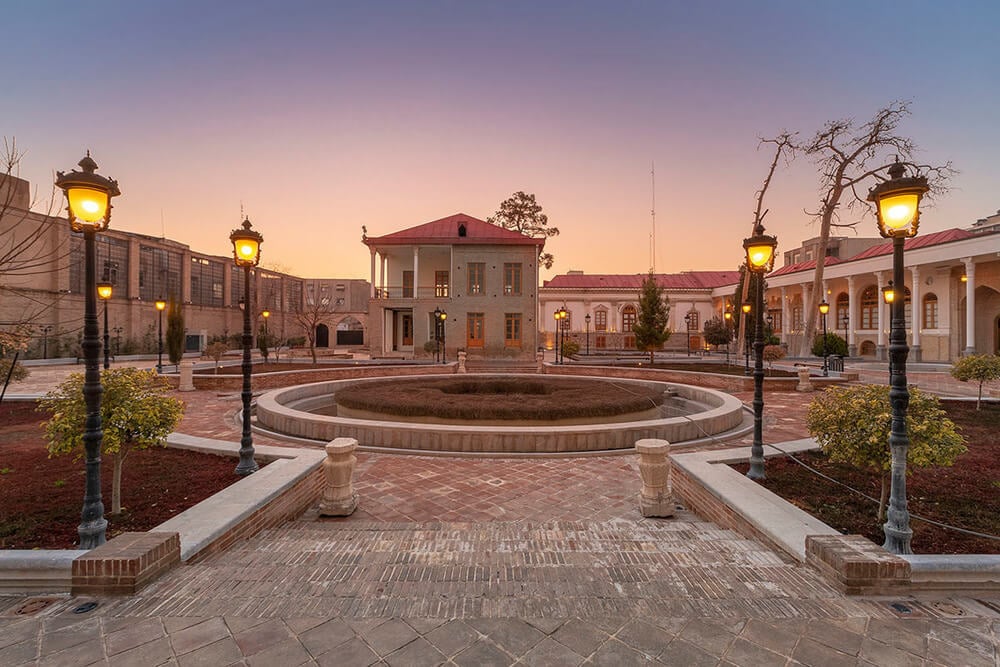 While television made the central Tehran showpiece a ubiquitous national landmark, the House of Ettehadieh’s history dates back much further. Organized around a cluster of stately homes built during the Qajar Dynasty in the 19th century, the grounds also feature four elegant courtyards, a carriage house and the remains of a historic bathhouse. 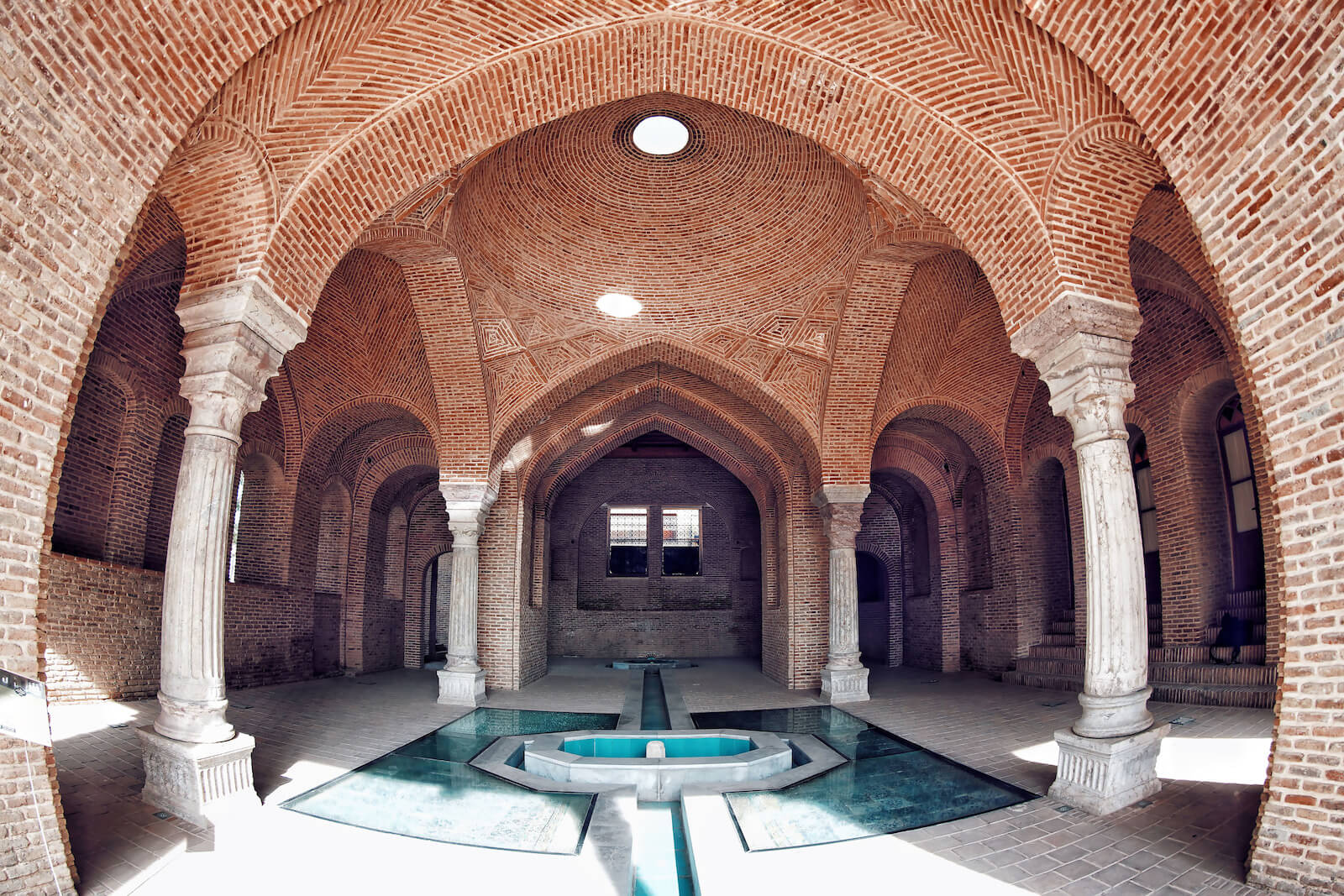 In the early 20th century, the compound was bought by the Ettehadieh family, but in the 1970s, it became a cultural venue of another sort; a TV shooting location. Then, everything changed after the Islamic Revolution in 1979. The homes were mostly left vacant and the immediate surroundings were converted into an electronics market. Much of the compound’s historical character was gradually altered — with little regard to historical value — or demolished outright. (Meanwhile, both the novel and the television show were briefly banned by the clerical authorities). 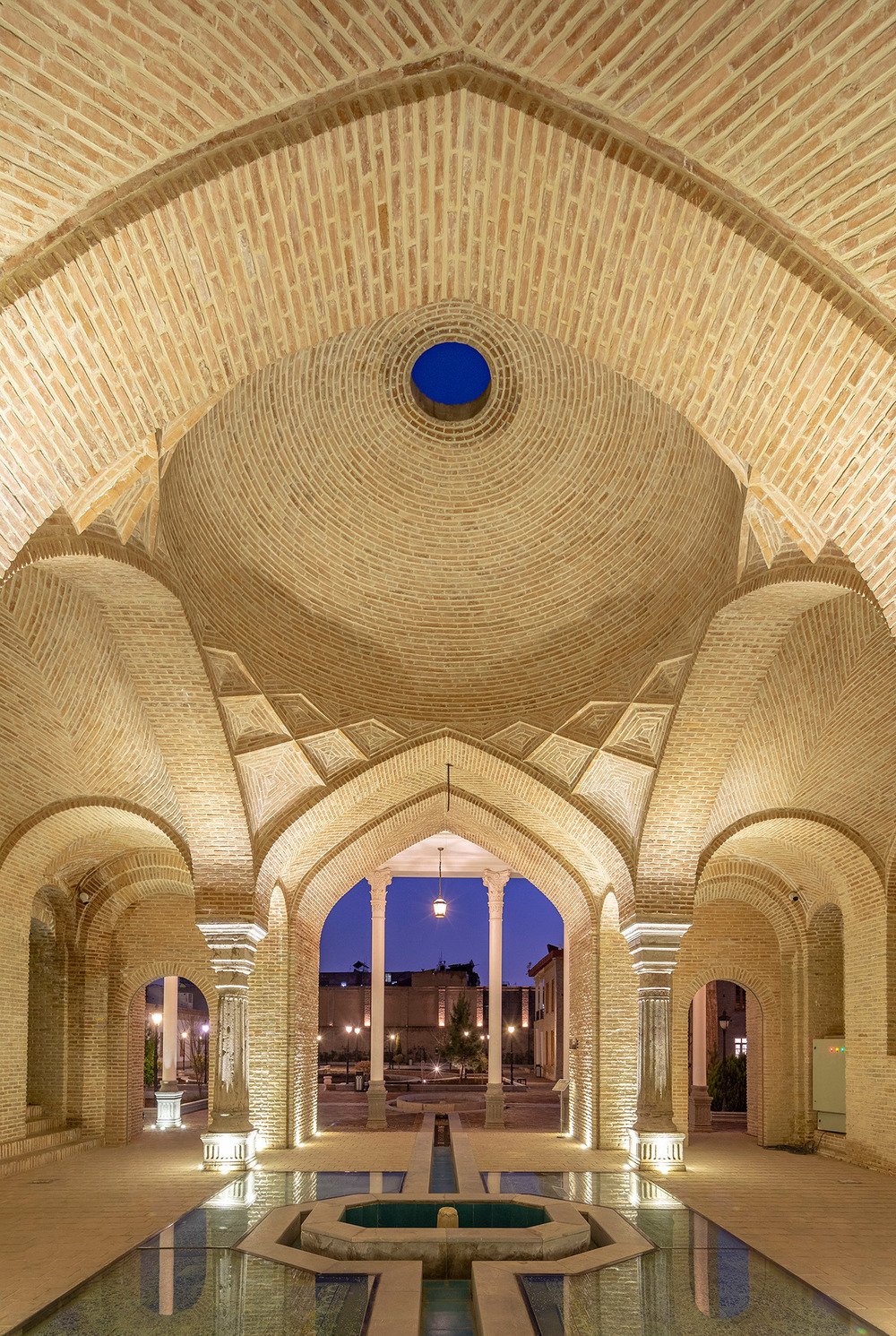 By the time the property was finally purchased by the municipality and designated for restoration as a public venue in 2013, it retained little of its past splendour. For the designers, it began with peeling back the derelict layers.

“For all it has been through, the house has gained heritage significance and for us therefore the site became more of an archaeological canvas,” says the Ákaran Architects team. The house and its surrounds “had to be re-discovered to enable us to make the right decisions for both restoring the old parts and designing the new annexes. It was decided that the main heritage features such as intricate plaster and telework, fireplaces, flooring and ceilings would be kept and restored.” 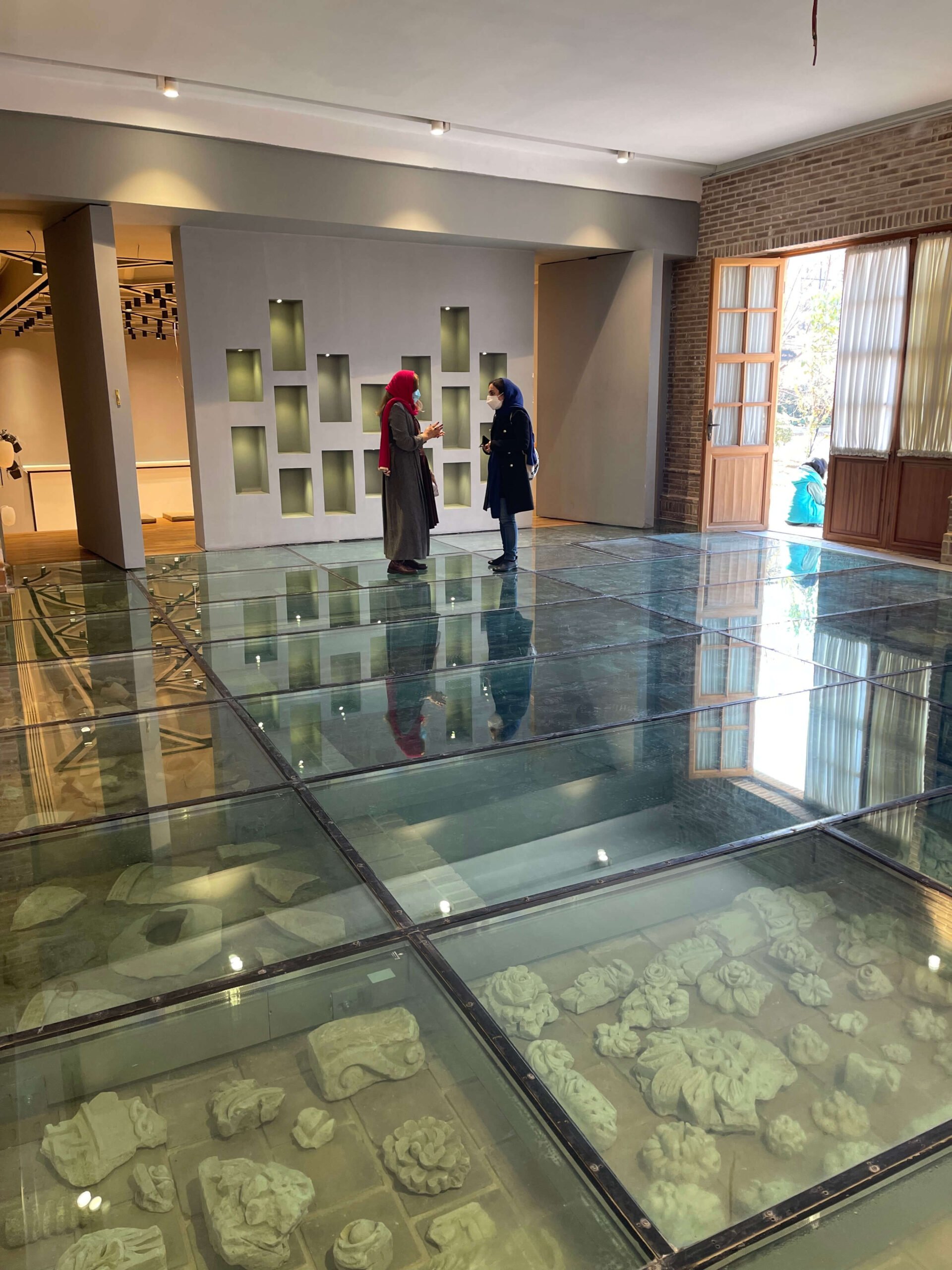 Following a careful excavation process and meticulous cataloguing of site conditions, Ákaran Architects set about reviving the complex to its former glory — while adding subtle contemporary touches where original features were lost. Thousands of reclaimed bricks were carefully tagged and numbered before being reused, while 6,000 pieces of handmade tile were also discovered on the site, of which 550 were restored to their original condition. 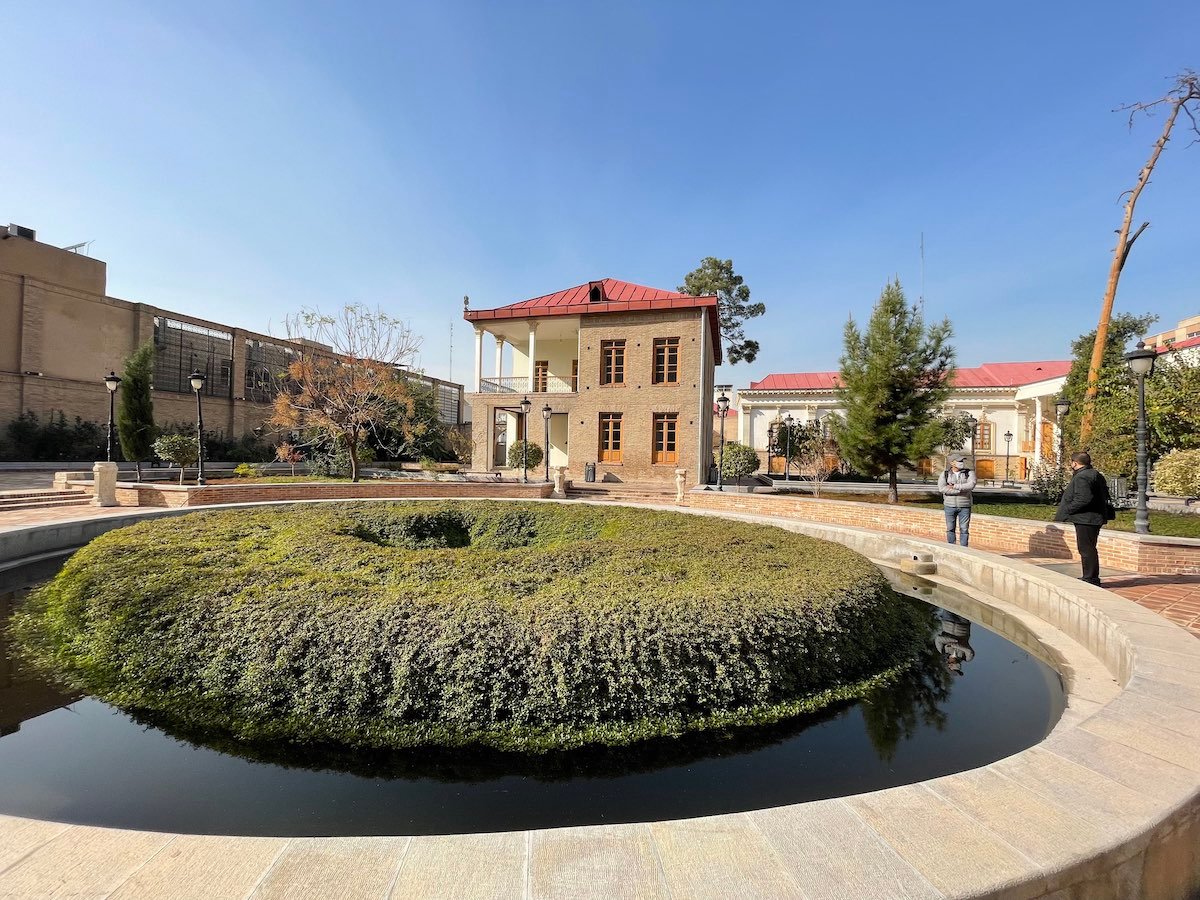 The restored foundations of the bathhouse have been converted into a walking path and garden. PHOTO: Parham Taghioff

Each of the compound’s homes was converted into a public venue, with the site’s most famous building — the “House of Uncle Napoleon” itself, where the TV series was predominantly shot — appropriately becoming a venue dedicated to film and television history that hosts exhibits, workshops and film classes. 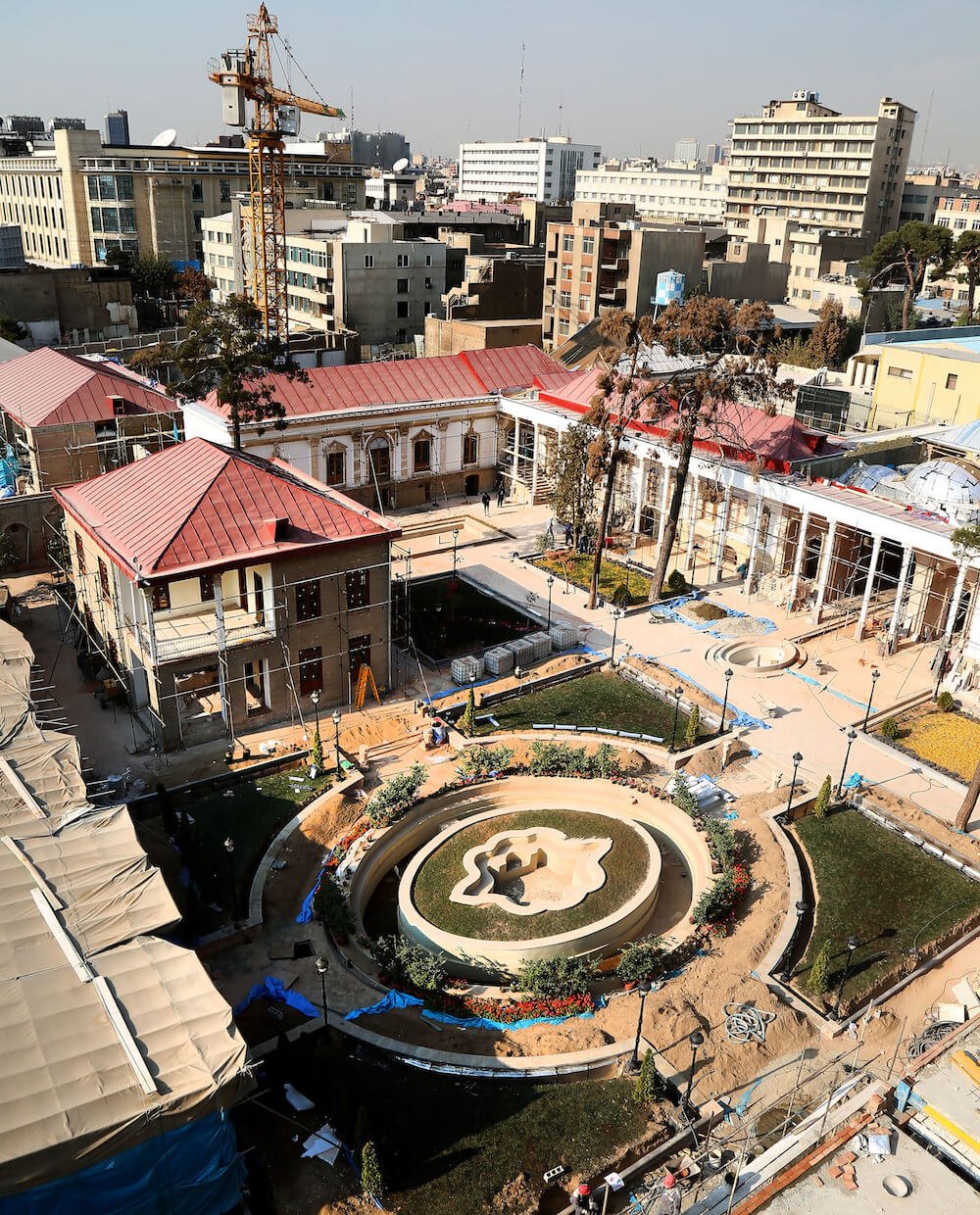 A view of the site under construction.

The site’s three additional residences have respectively been converted into educational/cultural spaces, a restaurant, and administrative offices. Meanwhile, the carriage house has been converted into a multi-purpose event venue. Finally, the archeological remains of a traditional “Hammam” bathhouse at the heart of the complex were carefully unearthed and transformed into a tranquil, contemplative walking path and garden. According to the designers, it is a symbol of survival and hope. Given the site’s history and the landscape’s simple beauty, it’s difficult to disagree.

By turns a royal social destination, a TV shooting location and a long-vacant husk, an iconic Iranian complex returns to its former glory.