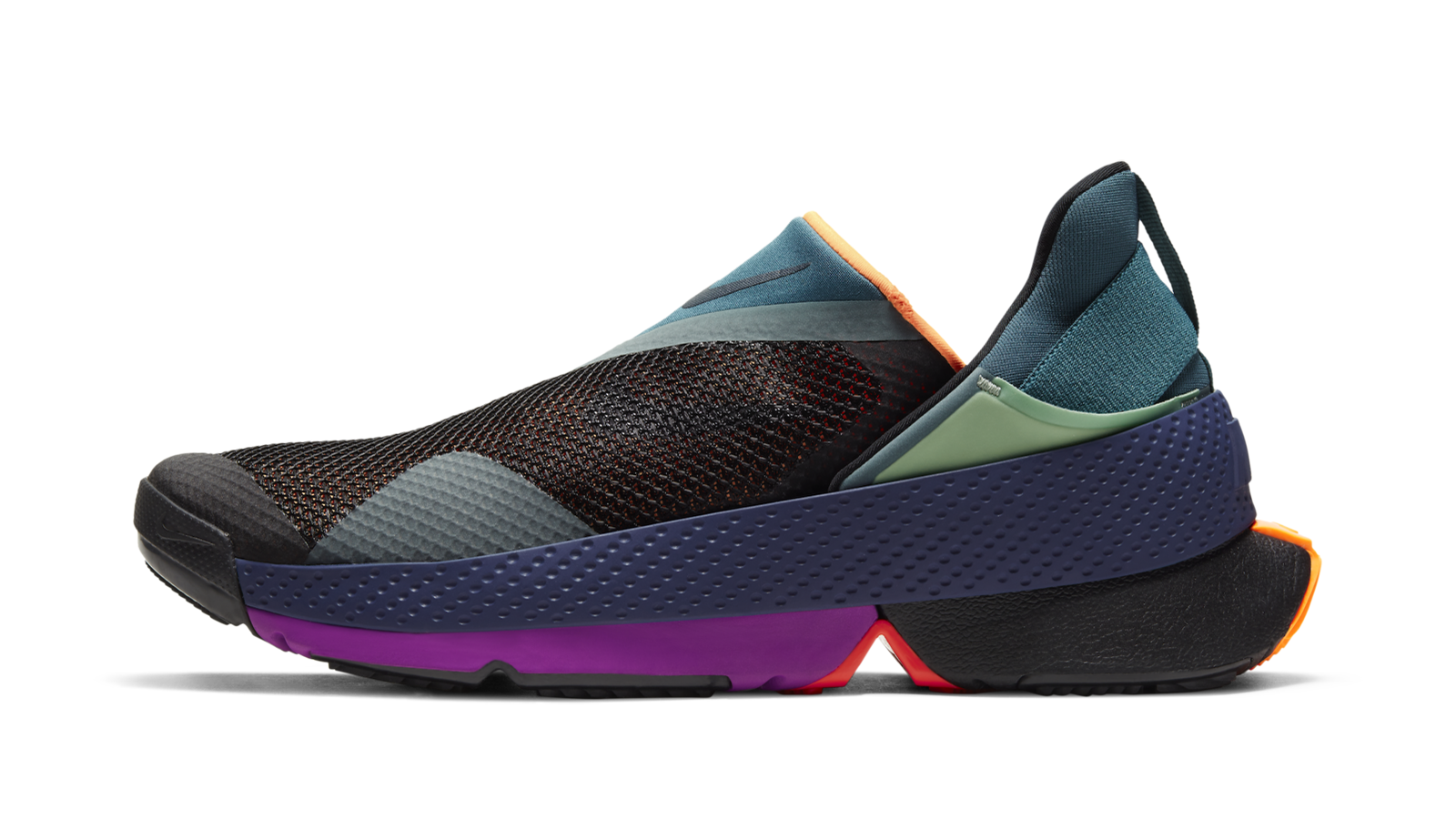 Nike’s New Adaptive Sneaker Steps Up to the Plate

From self-lacing sneakers to socks that help athletes prevent injuries, the world of adaptive footwear has made great strides in the past decade. While an increased focus on inclusive design is progressively changing how footwear companies approach their creation process, it can still be difficult to find adaptive, functional accessories with design-driven style. Nike’s most recent sneaker release, dubbed the GO FlyEase, is poised to break down this barrier.

The sleek new model uses a patent-pending “bi-stable hinge” that allows it to be secure in both fully open and fully closed states, along with a tensioner (a sturdy, thick rubber band) to help power the movement between the two states.

The mechanism allows the user to quickly put on the shoe without bending down or using their hands. No pull tabs, no laces. Removing the shoe consists of one instinctive movement: simply press on the heel with the opposite foot, like unclicking a ski boot.

Developed in response to demand for a hands-free shoe that would accommodate people with limited mobility, the GO FlyEase is heir to a long lineage of adaptive footwear. FlyEase, which debuted in 2015, is the brand’s flagship inclusive footwear line. Several iterations of the FlyEase shoe have already hit the market, each adhering to a set of three guiding principles: they are easy to open and close, easy to put on and take off, and accommodating to different foot shapes.

The new shoe is another step forward. In a promotional video for the GO FlyEase, Nike designer Haley Toelle reminisces on the first prototype for the shoe, a “busted up [Nike] Roshe with some surgical tube wrapped around it.” From there, a team led by designer Tim Hopkins gradually worked to increase the shoe’s attractiveness. Toelle remarks: “One of the challenges was, it needs to look like a full product, not like a broken shoe.” To this end, the hinge is integrated into the sole, camouflaged by a cushiony flat foot bed.

Though it was designed with accessibility in mind, the Go FlyEase is also marketed as a universal lifestyle shoe. Slated for wide release later this year, the shoe will be available in three different colourways (White, Black, and Dynamic Turquoise), making for a more versatile, expressive style.