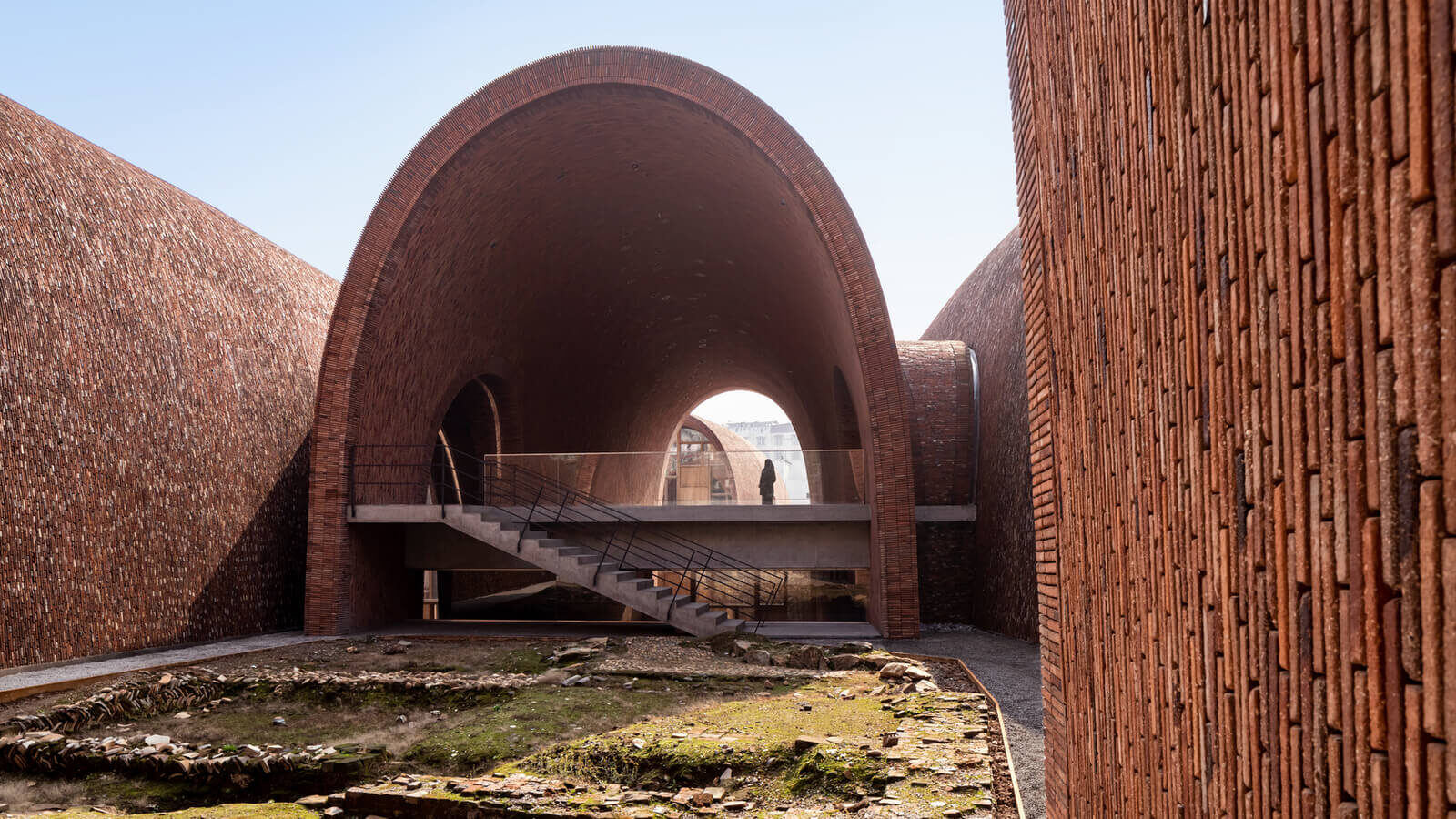 With evidence of kiln sites stretching back 1,700 years, the city of Jingdezhen, in China’s southeastern Jiangxi province, is the de facto national capital of porcelain. And just as its cultural significance can’t be overstated, neither can Studio Zhu-Pei’s task of building a new home — the Jingdezhen Imperial Kiln Museum — to encapsulate the area’s exquisite craft tradition. 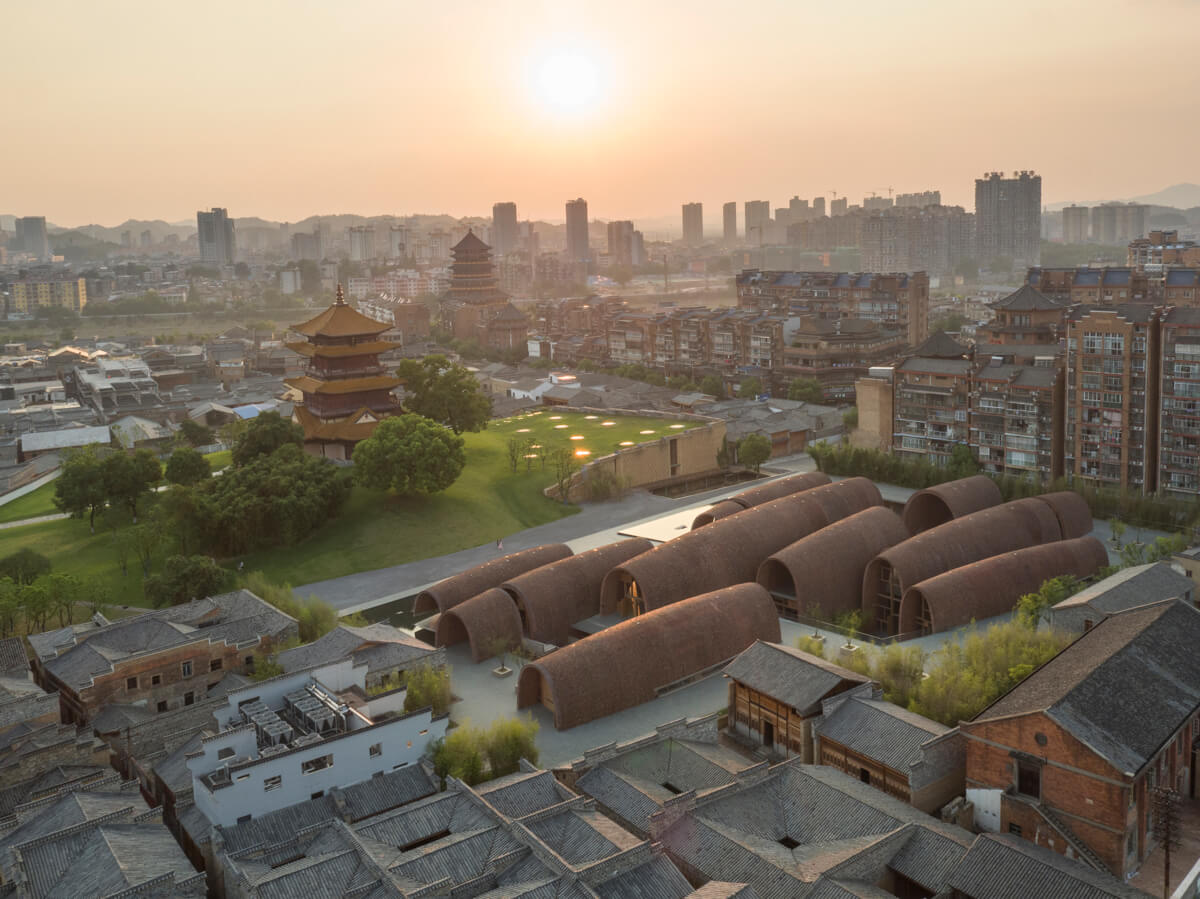 Four years in the making and overseen by principal Zhu Pei, the museum compound’s eight parallel kiln-like vaults stand in homage to the unique and pragmatic craftsmanship-driven history that continues to shape the city. The most obvious nod to this is the curved patchwork of new and repurposed kiln bricks that comprise the 10,370-square-metre facility’s cocoon-like carapaces. Blackened and glazed through repeated firings, the rugged refractories stand in contrast to the razor-sharp steel features, monolithic concrete slabs and slick glass panels that have defined much of Zhu’s previous work. 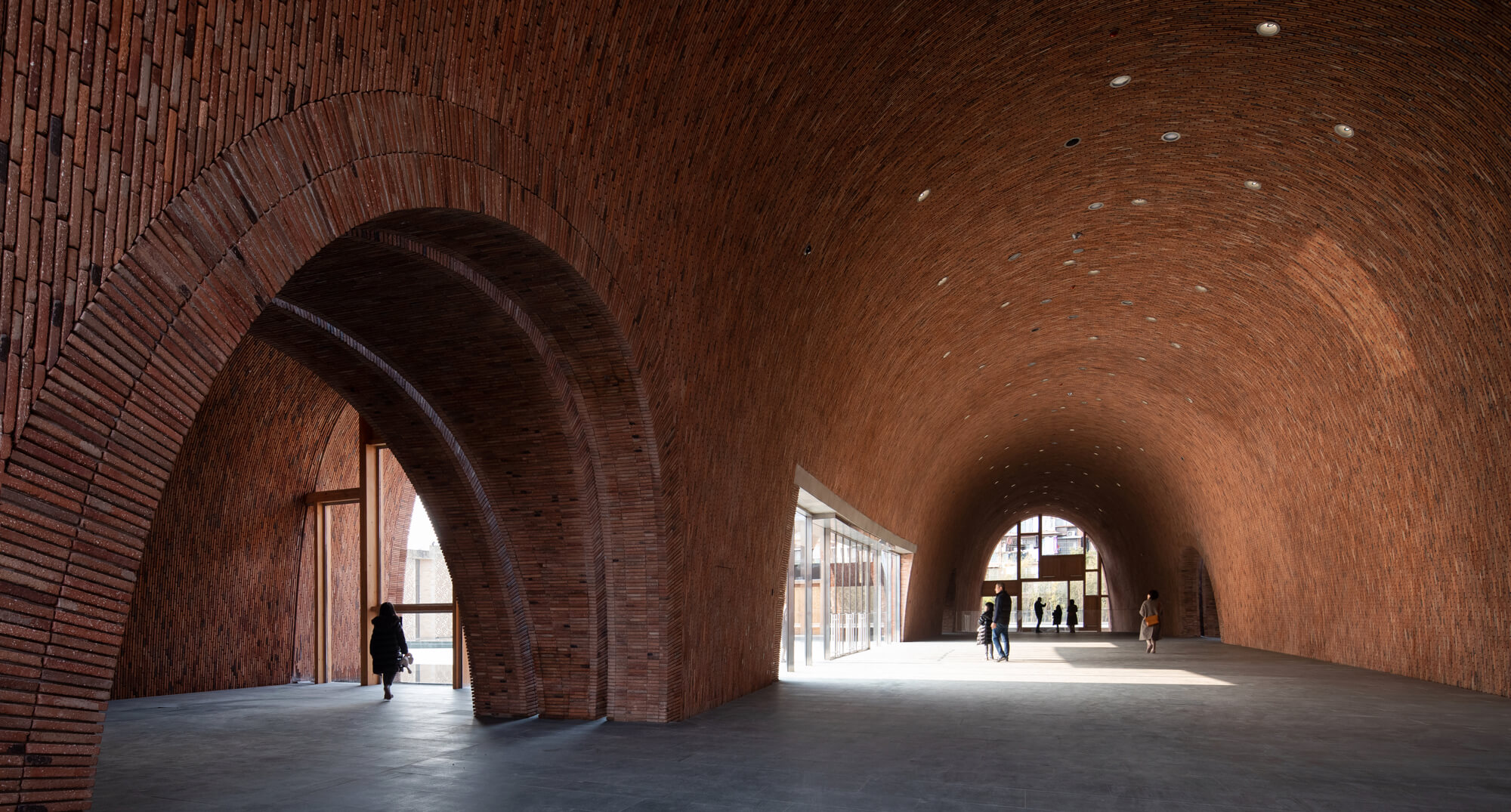 To leverage traditional kiln-building techniques and foster a more intimate connection to the site’s past (the remains of a number of ancient complexes are nearby), Zhu and his studio conceived an innovative scaffolding system that could meet the needs of each vault’s varying size and curvature. 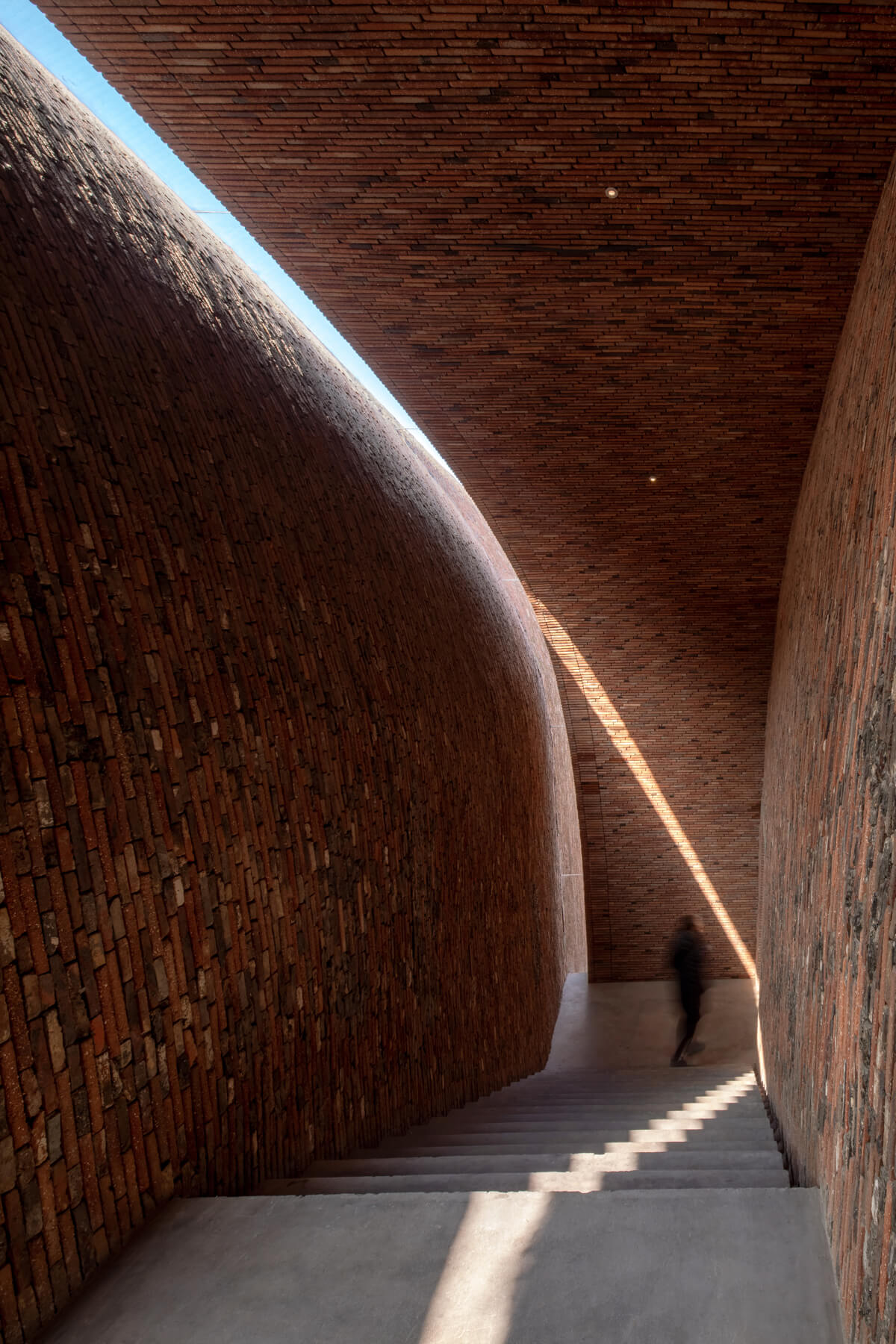 “A challenge among contemporary architects is that they tend to like buildings that are complicated in form but simple in experience,” Zhu says. To instigate a deeper physical response, he “tried to create a relationship between person and space by maintaining a suitable scale, to give the impression that the observer is a product of the kiln.” 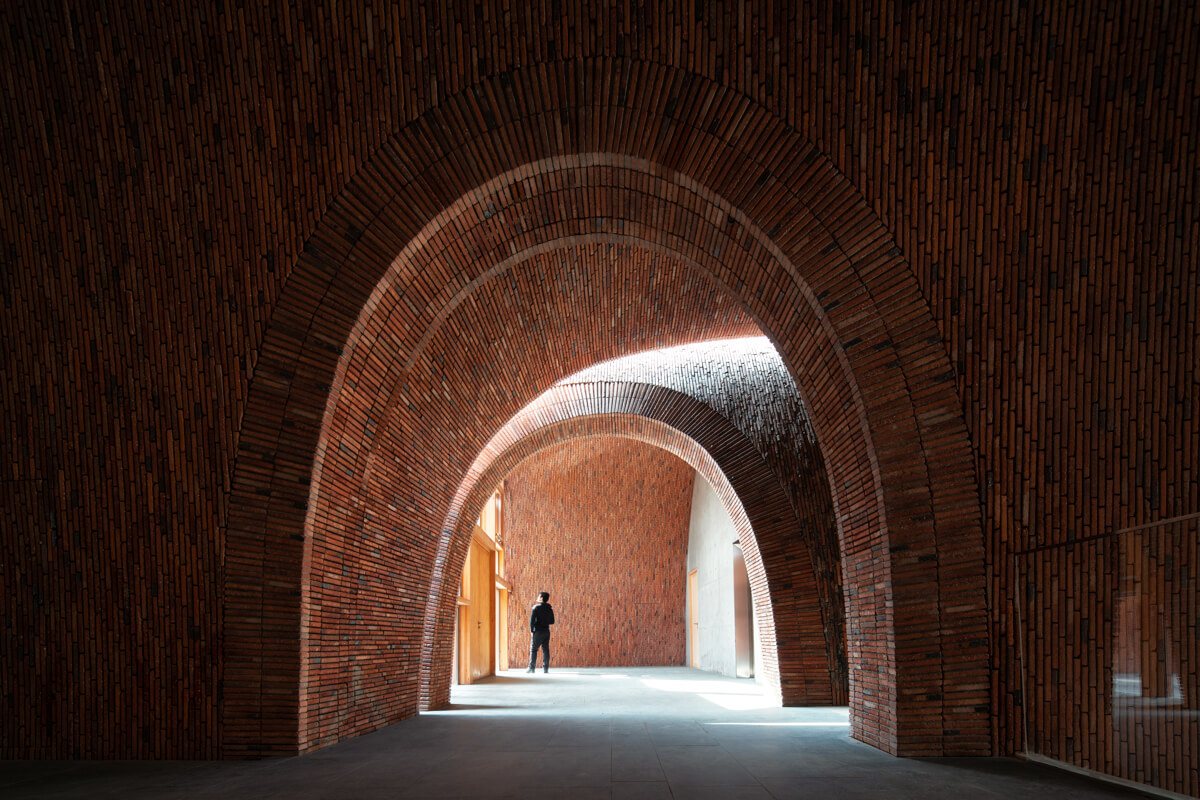 The resulting effect is akin to standing in a cavern or cathedral. But rather than being disorienting, even at six metres below ground, the enveloping interiors are tempered by a constant interplay with the exterior. Whether it’s the trickling of water from the adjoining pool, the rustling of bamboo in the offset gardens or ample illumination courtesy of skylights and arched gaps in the brickwork, natural elements are always on the periphery, complementing the two-storey complex’s exhibition halls, auditorium, amphitheatre and additional public spaces. 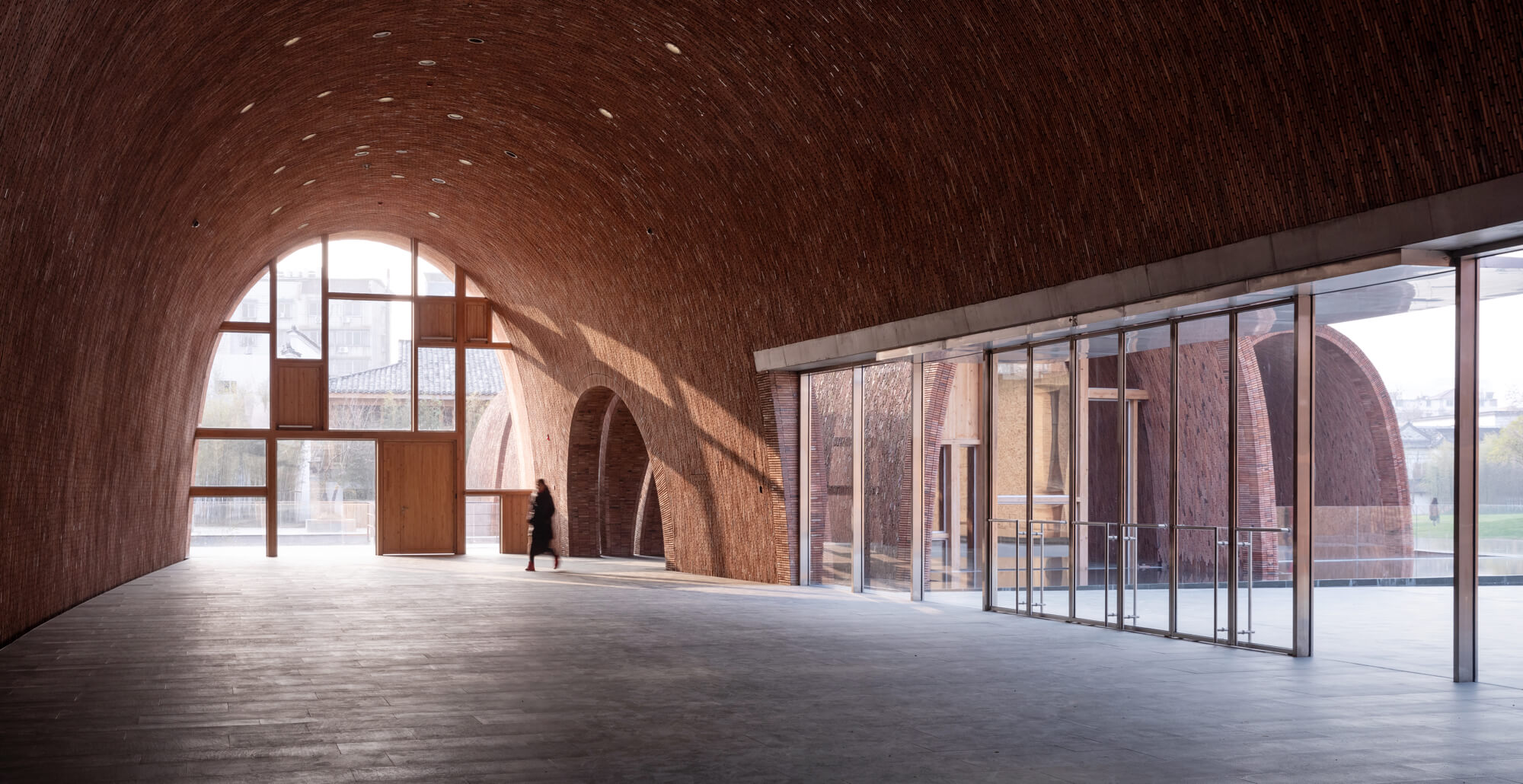 Meanwhile, five sunken courtyards and Mondrianesque retractable wooden windows at opposing ends of each edifice create a microclimate and wind tunnels respectively, fending off southern China’s scorching summers and negating the need for centralized air conditioning. Both were inspired by the narrow and shaded alleyways still found in ancient portions of the city. 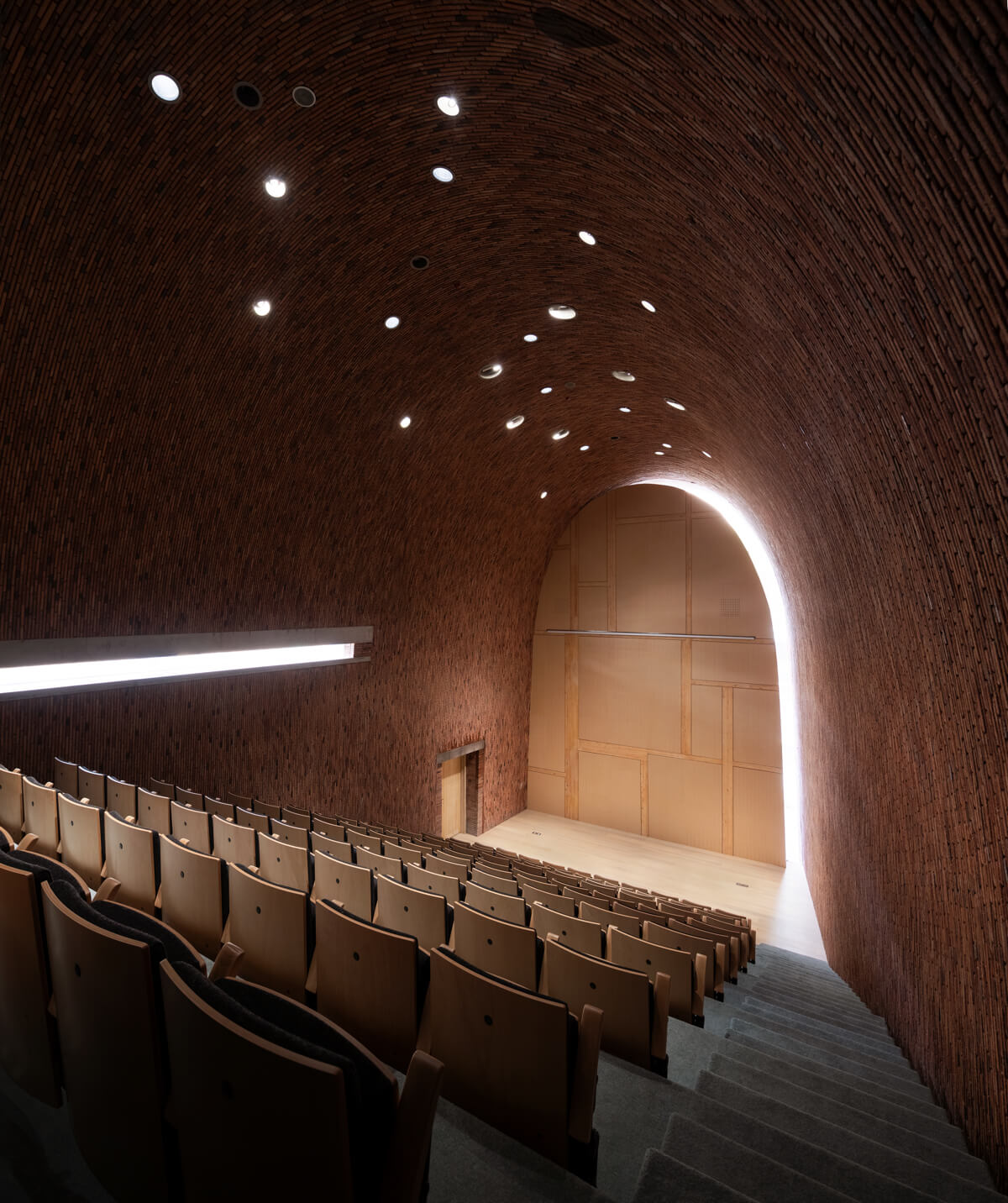 However, it was two unforeseen setbacks bookending the project that indelibly shaped the museum. First, excavation of Ming dynasty ruins almost immediately halted construction. But rather than relocate them (as antsy local officials had suggested), Zhu’s team meticulously reworked the dig into the blueprints, preserving the ruins and presenting them intact as an original courtyard. Then, weeks before opening, COVID-19 struck. 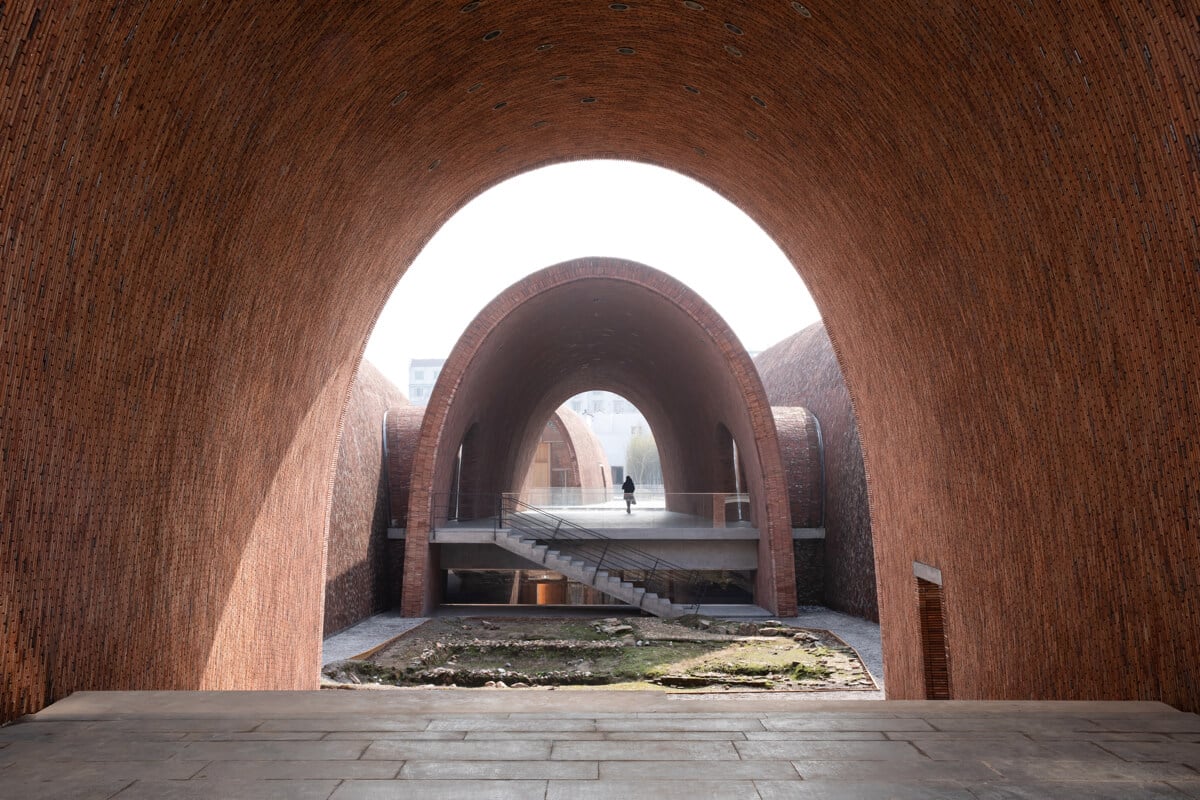 While delaying the unveiling by months, the pandemic also vindicated Zhu’s emphasis on sustainability. “This building is entirely naturally ventilated,” he says. “Rather than trying to insulate, we wanted to bring air in, to exchange with nature.” It’s for these reasons that the Jingdezhen Imperial Kiln Museum has already assumed its rightful place in the city’s rich urban fabric — and may also serve as a paradigm for the inevitable shift of architectural standards in a post-COVID world.