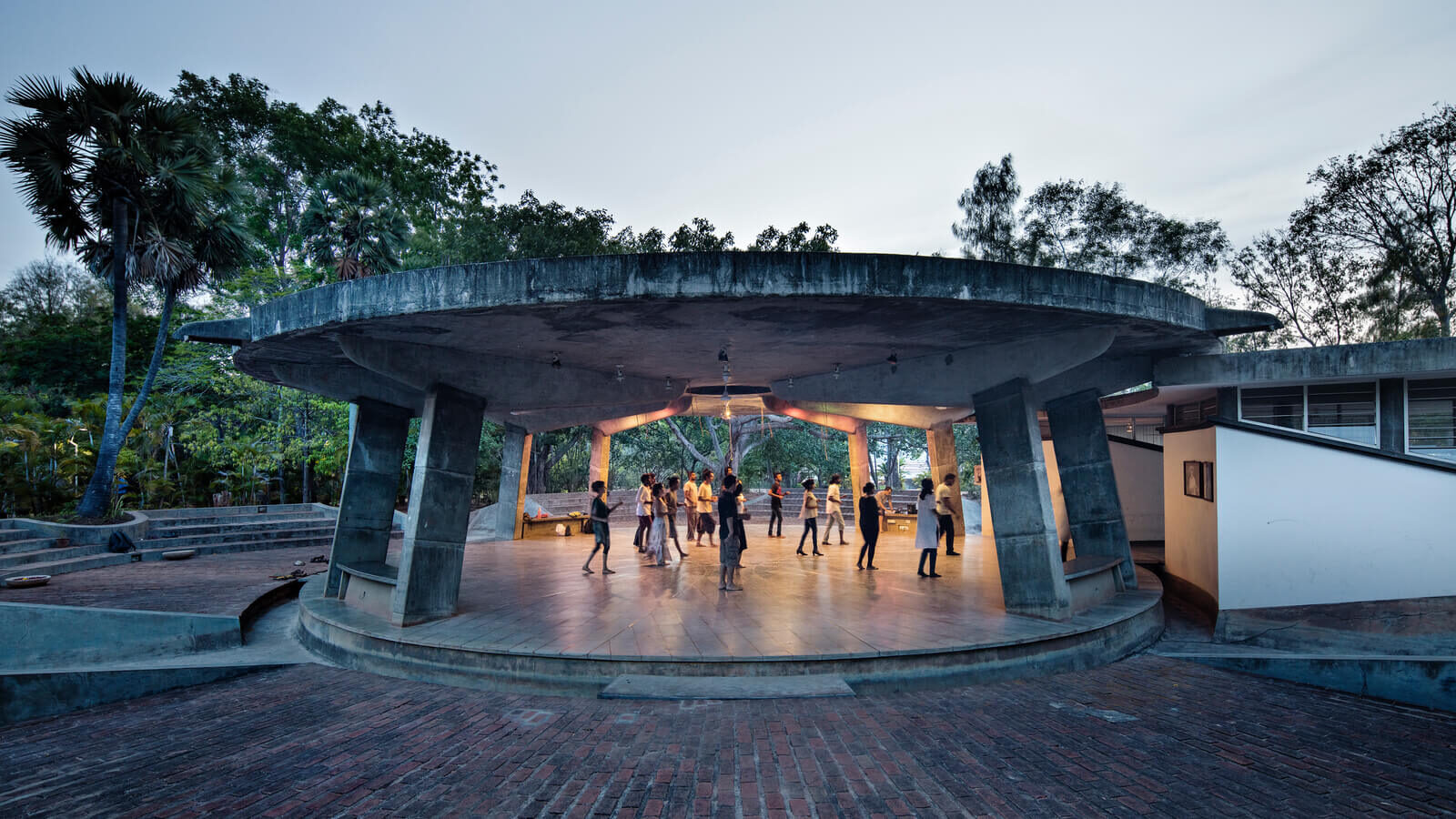 Completed in 2000, the multi-purpose Sri Aurobindo World Centre for Human Unity is an open-air gathering space for the residents of Auroville in southern India. The circular stage, sheltered by a thick concrete canopy supported by eight radial pillars evoking a banyan tree, is surrounded by a shallow stream of water with a trio of tiered sections orbiting its perimeter.

Conceived by architect Anupama Kundoo nearly a decade after she relocated to the experimental township, it’s among the many community-minded projects that fill the Louisiana Museum of Modern Art’s current exhibition “Anupama Kundoo: Taking Time.”  The fourth in the Danish institution’s ongoing series “The Architect’s Studio” (previous subjects included China’s Amateur Studio, ELEMENTAL of Chile and Tatiana Bilbao’s eponymous Mexico City atelier), “Taking Time” centres on the temporal and civic dimensions of Kundoo’s practice. “If the architect is not social,” she explains, “then it’s not an architect.” 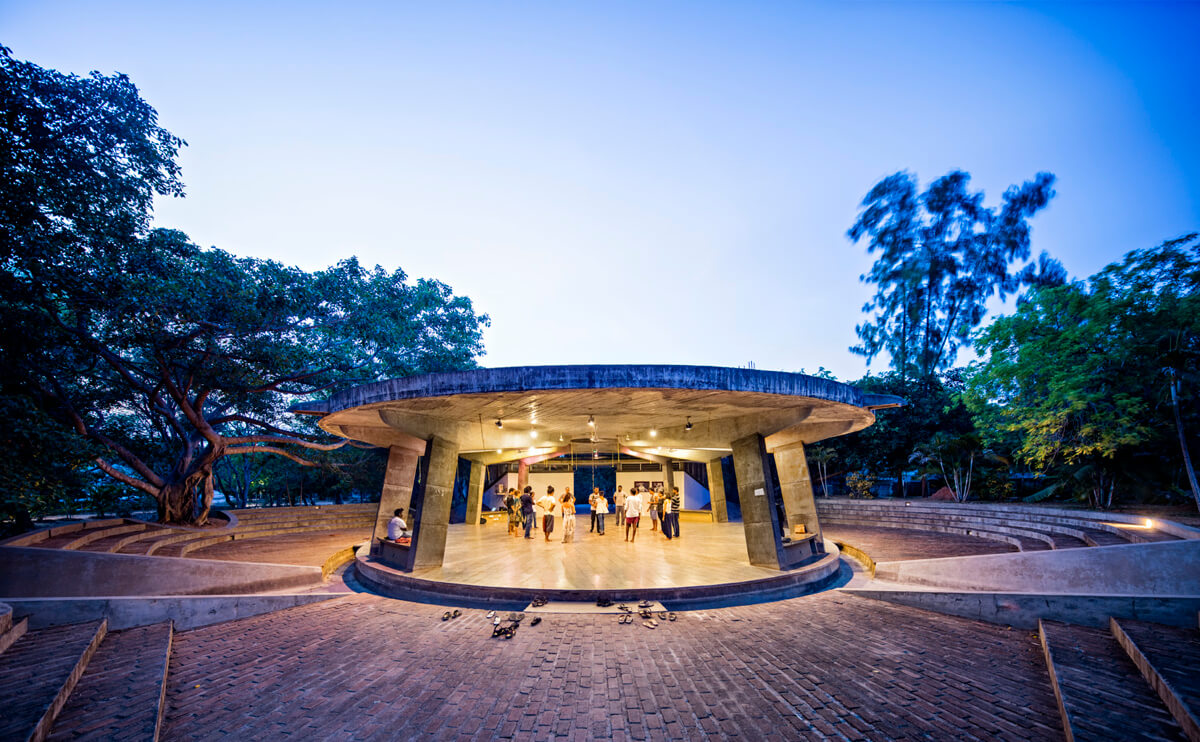 While the show borrows its title from her belief that designers are unable to “make time” and should instead “take time,” the trove of buildings on display further reveals the measured, unhurried approach of the now-Berlin-based architect. Duration is a constant theme: For Kundoo, time is a critical vector in coalescing practice, teaching, deep wells of research and meaningful links between people and place.

As the concrete community hub attests, this preoccupation also resounds in the very physicality of her work. An oculus traces the movements of the sun while the porous form quite literally invites the elements and residents in to weather the reinforced structure, embracing a slowly developed patina as it ages into the fabric of Auroville. “If the architect loses contact to society,” Kundoo concludes, “then for whom are they building?”