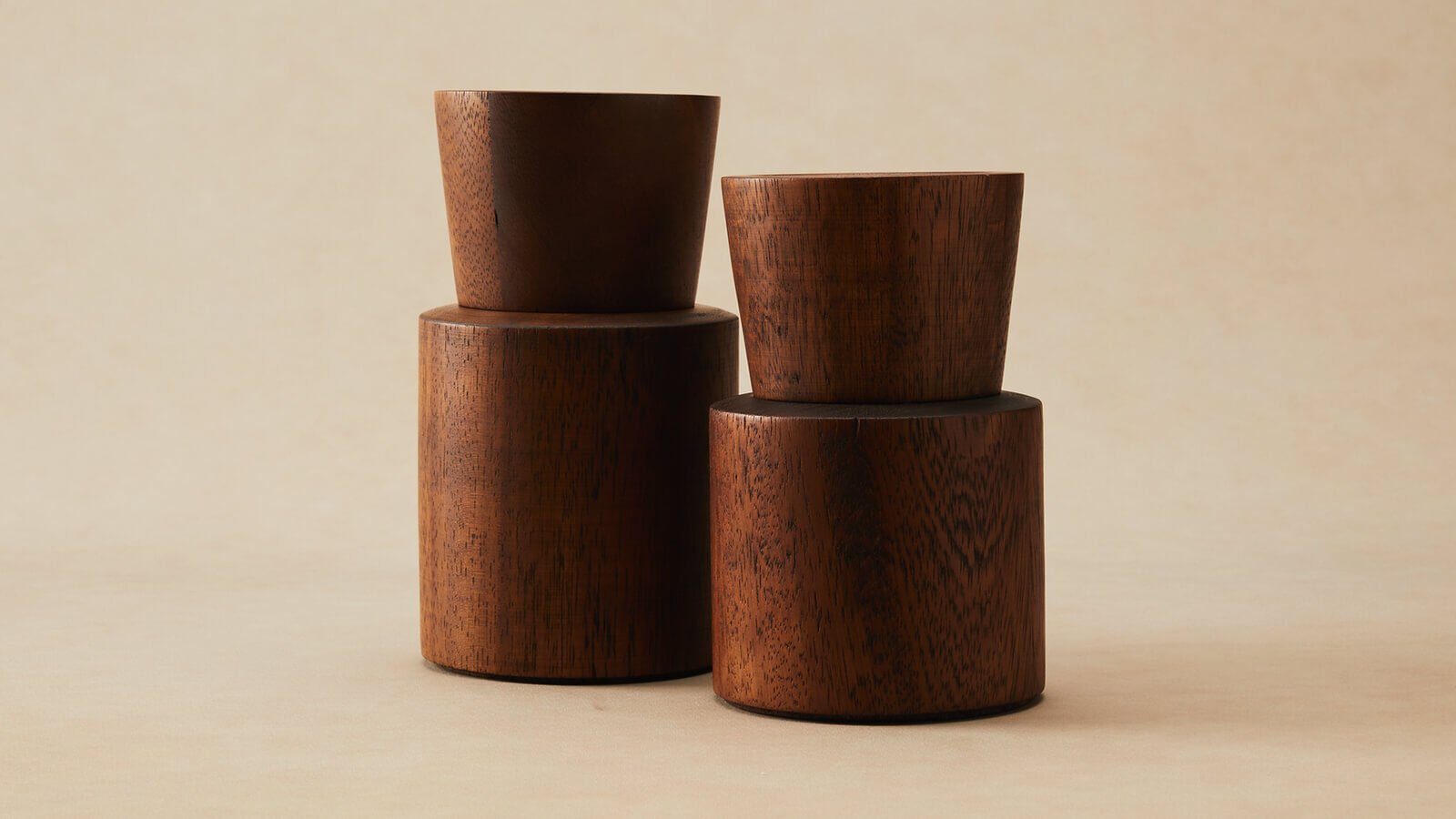 Named after the Afro-Carribean spider god, Evan Jerry’s London-based practice is amassing a distinct portfolio of furnishings, accessories and more.

Watching Beyoncé’s visual album Black Is King this summer, Studio Anansi founder Evan Jerry recognized a kindred creative spirit. “She’s trying to go back to the root of Blackness,” he says, “but also asking: What if Blackness had the opportunity to move forward within its own context, without being imposed upon by colonialism?” That potent question has been the focus of Jerry’s design studio (its moniker a nod to the spider deity of storytelling from West African and Caribbean folklore) since he combined his interior design career and artistic pursuits into a solo practice in 2018.

London-based designer Evan Jerry of Studio Anansi launched his inaugural furniture and homewares collection in 2020. The line’s African iroko Yaa container is shown at far left and above.

Sure enough, Studio Anansi’s first collection — a series of handcrafted wooden vessels launched through New York design gallery Love House in August — celebrates Black heritage while also reflecting a modern, global sensibility. (A frequent traveller, Jerry now lives and works in London since relocating from his hometown of Toronto.) Its materials and techniques reference those used in historic African artifacts, but the end results are contemporary forms with monolithic simplicity. 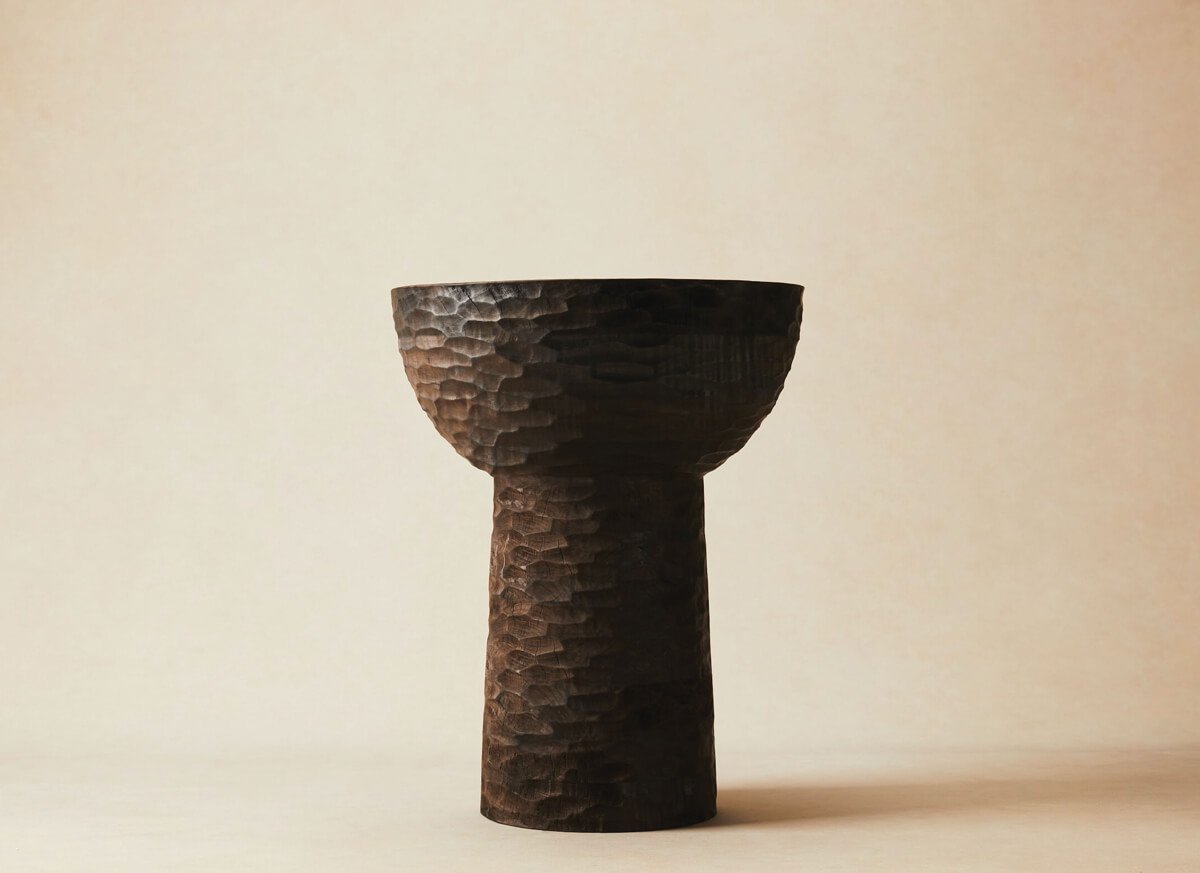 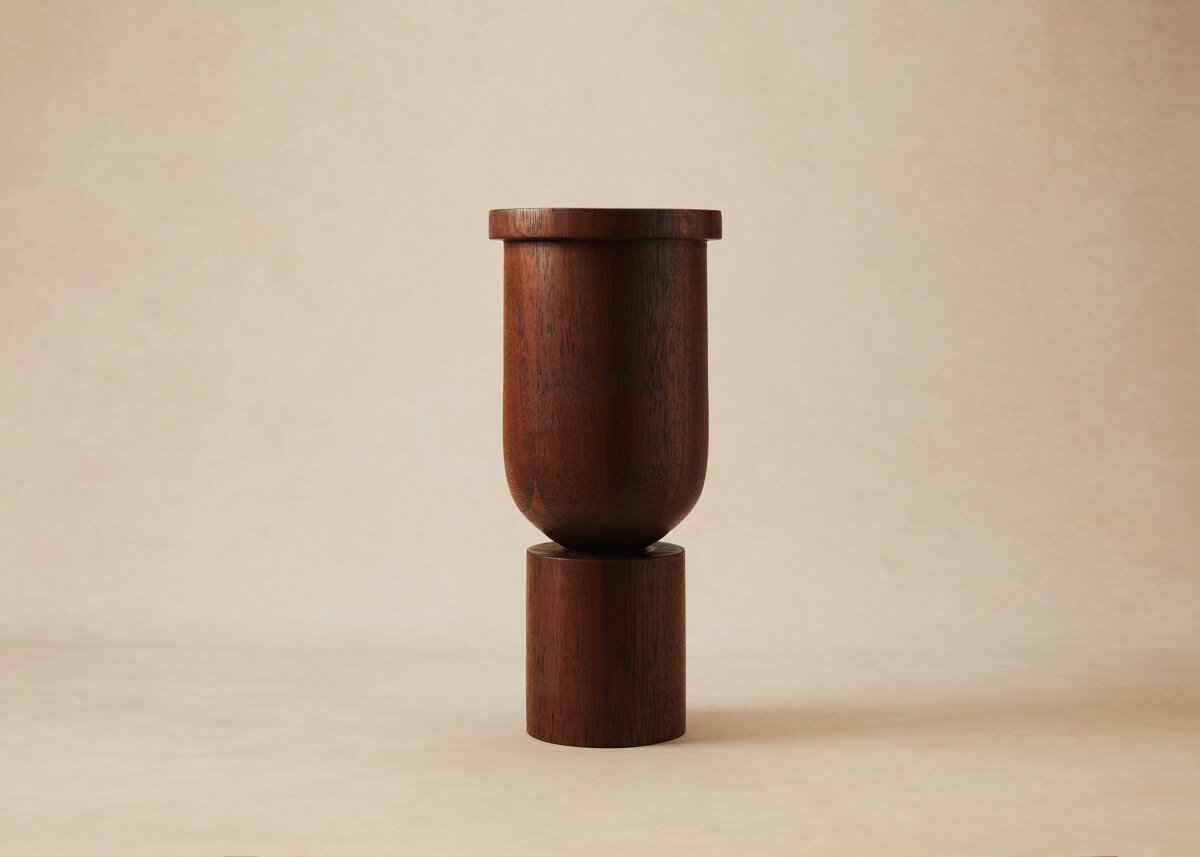 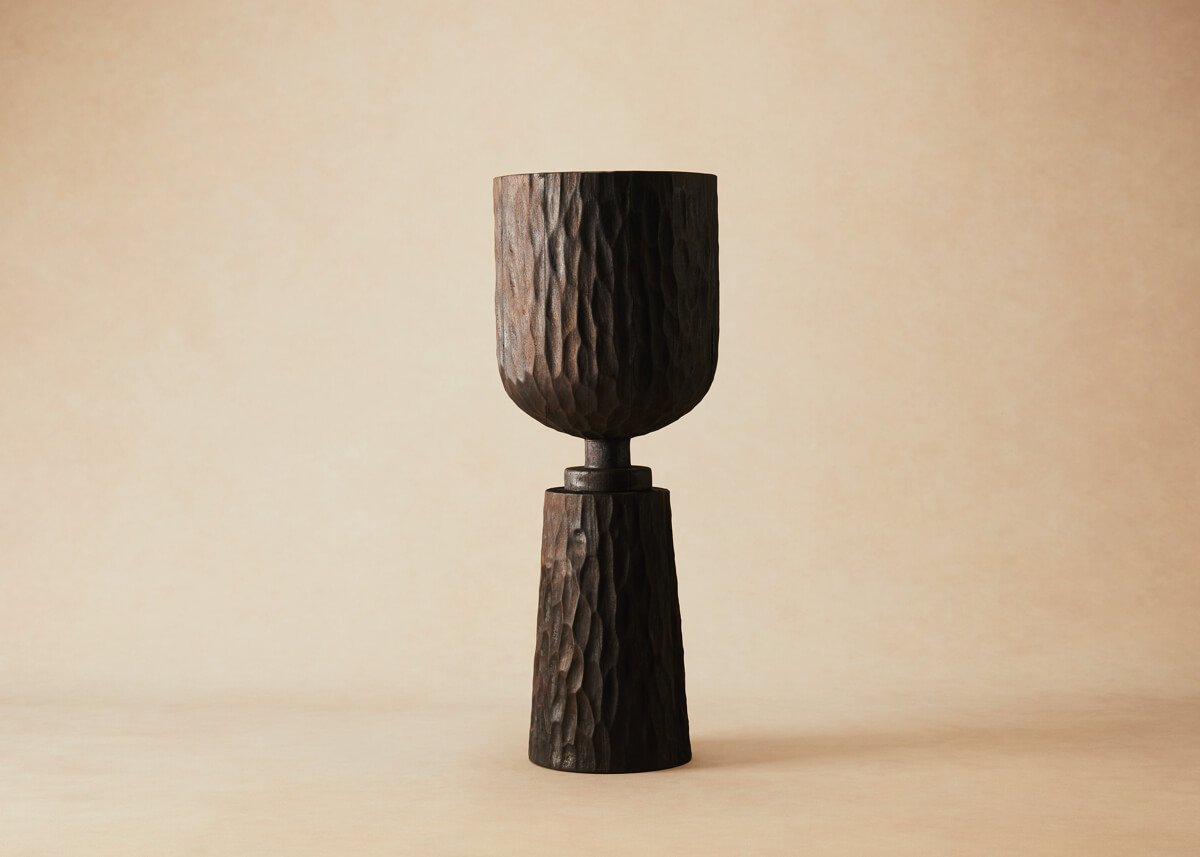 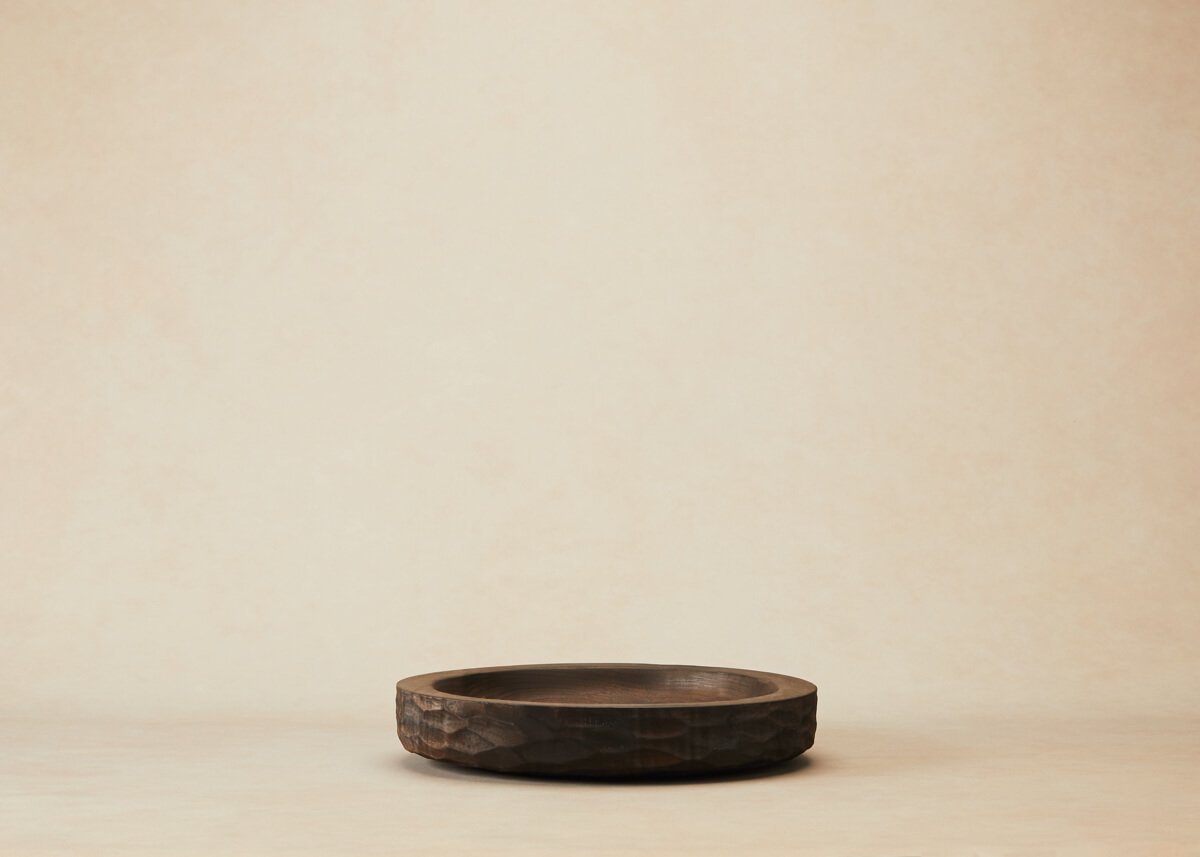 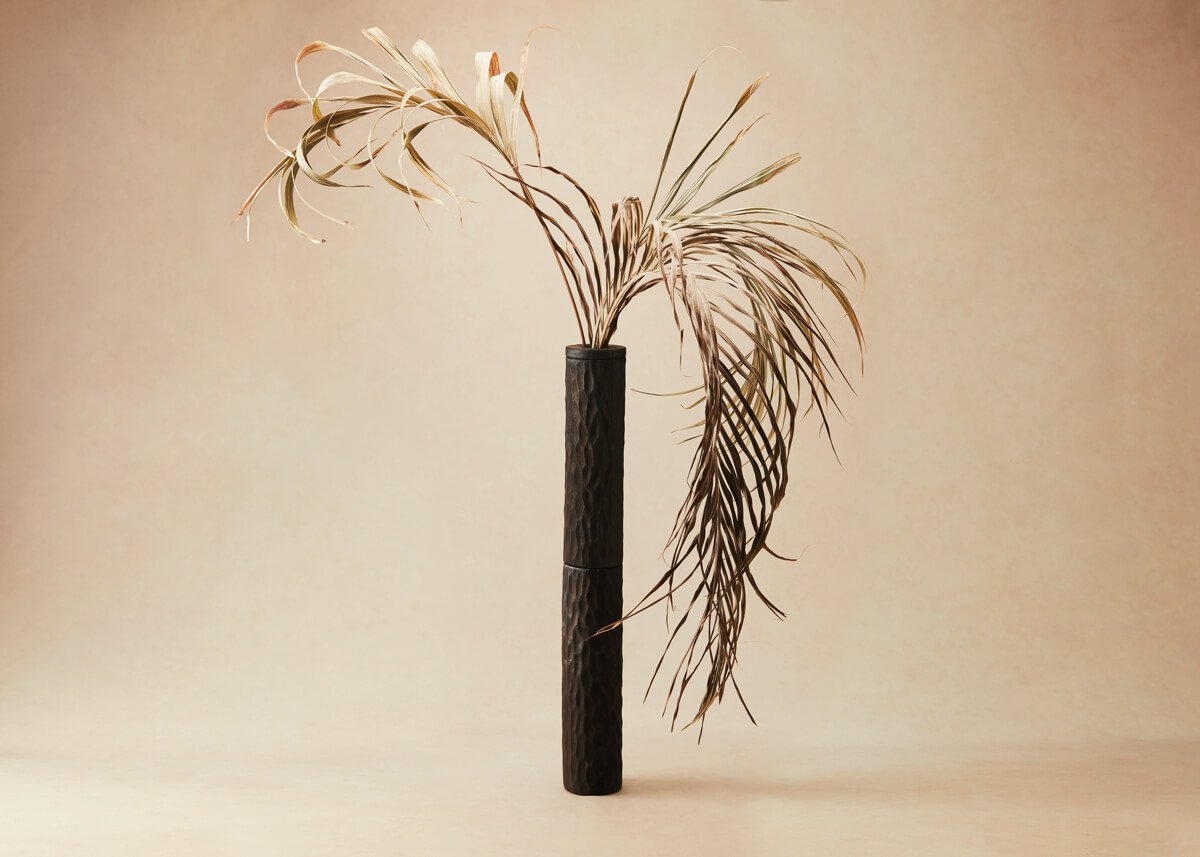 Hewn from an assortment of primarily African woods, the vessels carry added symbolism in their complex finishes. By applying wax to wenge and natural pigments and oil to iroko, Jerry develops each piece to reflect the beauty, endurance and perseverance of the Black body. “It’s seeing what pigments work well together to get the tones that I’m going for,” he says. “They’re also made to wear in with time.” 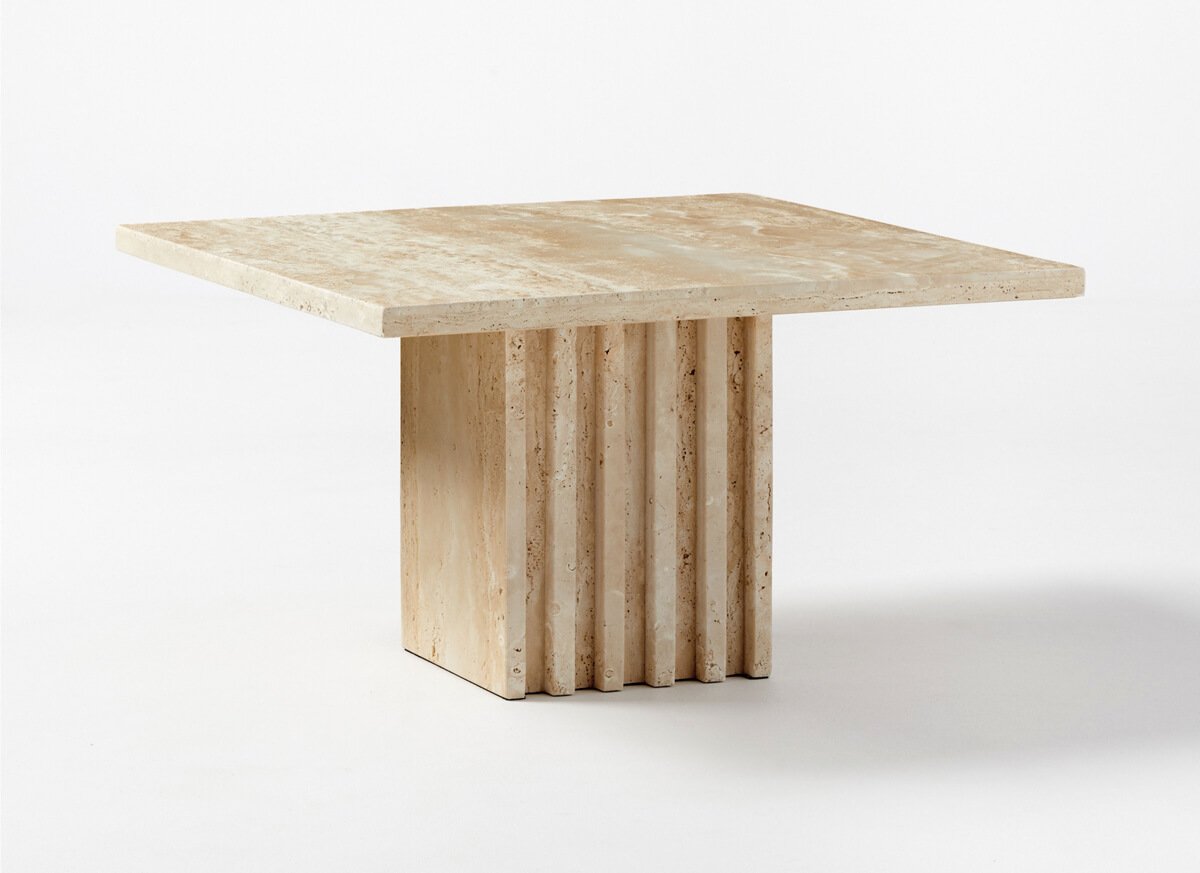 Recent designs for American retailer CB2 — standouts include a burlwood veneer desk and a series of unpolished travertine cocktail tables with fluted bases — feature similarly sculptural silhouettes and tactile textures. In this case, favouring forms that lend themselves to straightforward fabrication allows Jerry to adopt richer materials while maintaining accessible price points. “Working in mass production,” he says, “I focus on making sure that the objects can still be produced beautifully.” 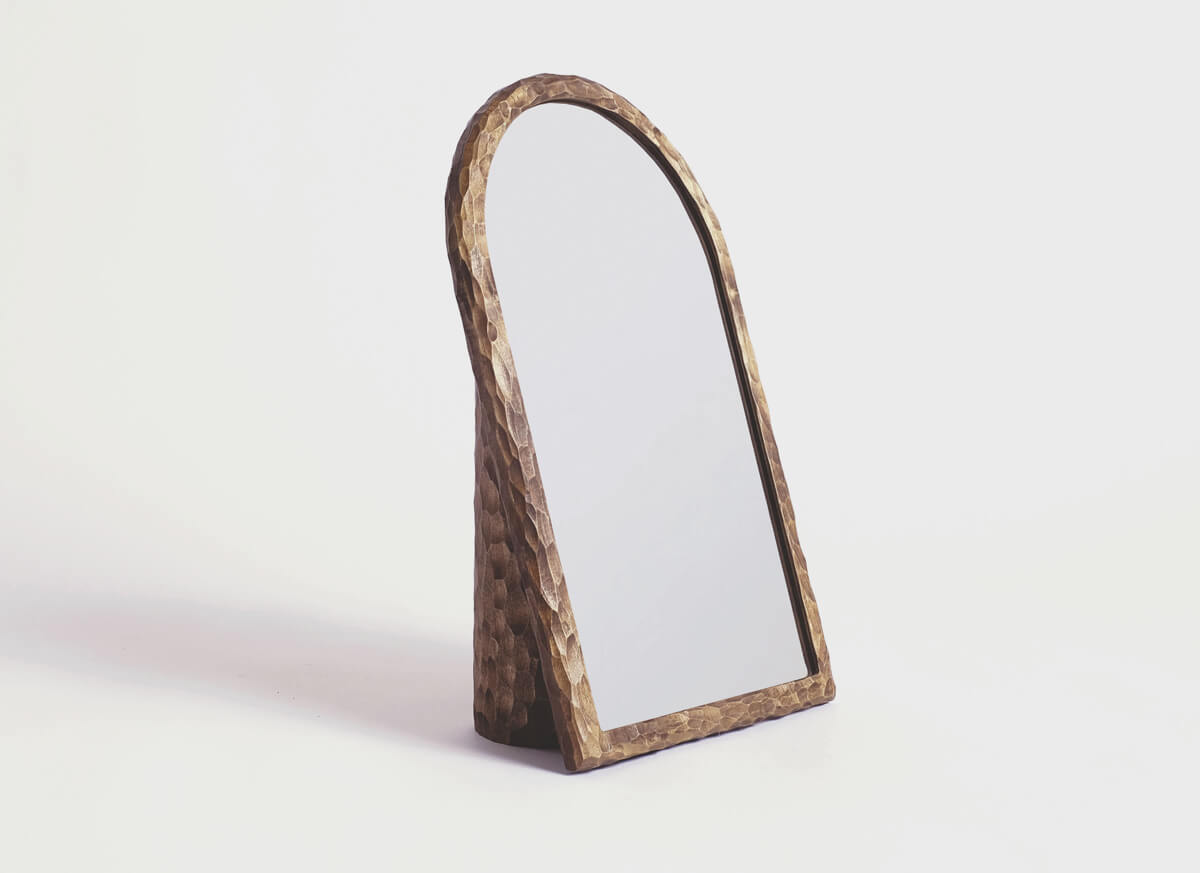 Unveiled at the 2018 London Design Festival, the tabletop Chisel mirror is sculpted from solid British sycamore.

With textiles and a line of Tulum-inspired tiles also under his belt (plus a collection featuring beadwork, metal and more on the horizon), Jerry is rapidly establishing a portfolio of work that can’t be easily summarized or grouped together. “You see all these layers and textures and traditions and customs and colours of Blackness,” he says, “and that is what I want Studio Anansi to show — that it’s not singular.”

Named after the Afro-Carribean spider god, Evan Jerry’s London-based practice is amassing a distinct portfolio of furnishings, accessories and more.