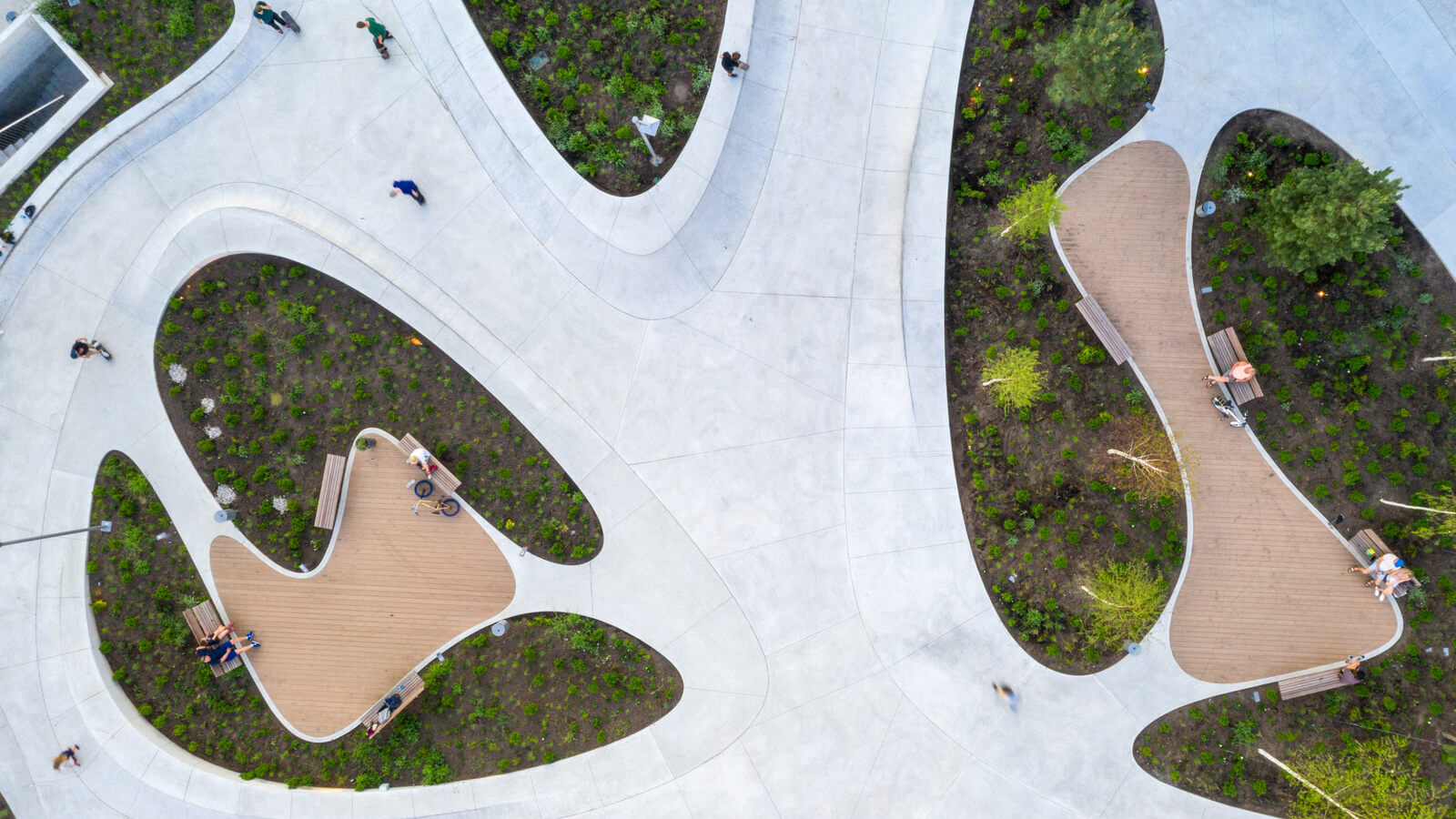 In Lithuania, 3deluxe Crafts a Sinuous and Multi-Purpose Public Square

A vibrant array of amenities dots V-Plaza, designed as a reflection of its modern baltic setting.

During its long history as a nation-state, tiny Lithuania has been a much larger Baltic duchy, a short-lived 20th-century republic, a postwar Soviet satellite and — now independent again — a leader in the field of cybersecurity. It’s a narrative that’s reflected — cleverly and unusually — in a newly redesigned plaza in the city of Kaunas, where history and modernity come together in a space that stresses mobility.

V-Plaza, as the reimagined square is known, was realized by the German transdisciplinary design practice 3deluxe to evoke “the innovative spirit of a country considered a pioneer of digitization.” Part of a larger redevelopment that included the firm’s linkage of disparate office buildings with a variety of new builds, the plaza fronts a collection of elegantly integrated facades with an architectural fluidity of its own.

While the design, which incorporates a skatepark, an interactive fountain and a large open court for hosting events and markets, takes “existing axes of vision and movement” into account, its defining features are a sprinkling of “natural islands” offering new spots for rest and play. 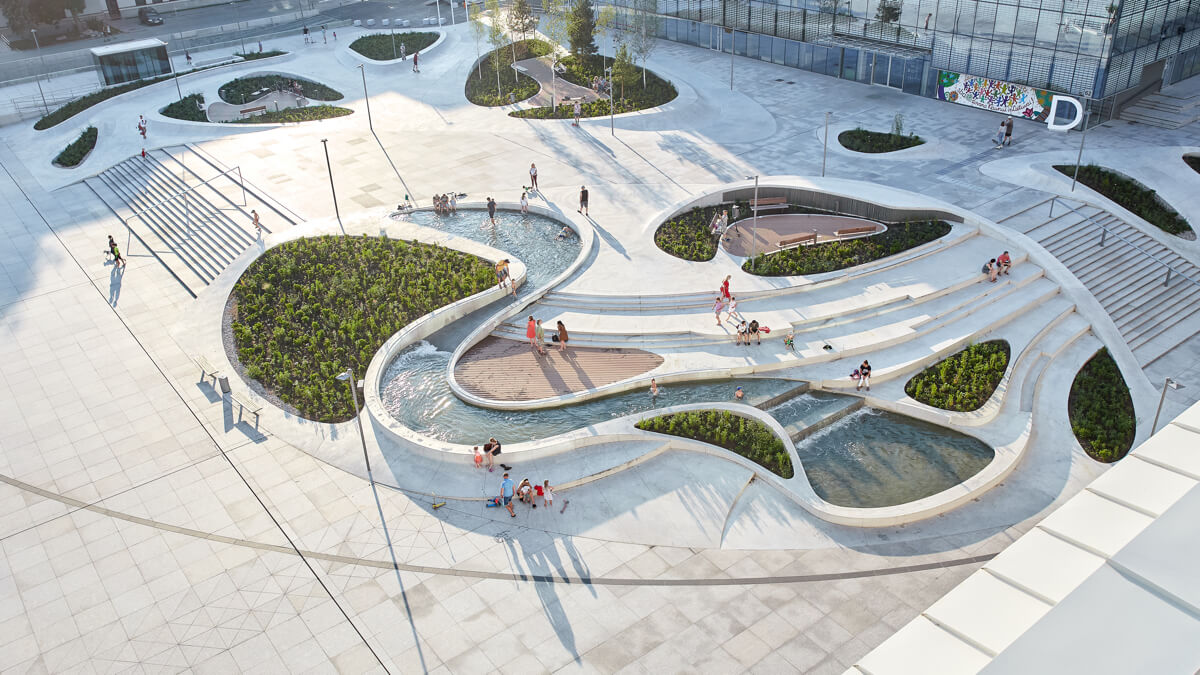 1Deep steps that serve as both seating and stairways slope gently from the redeveloped office complex to a forecourt at their base.

3Slabs of light Portuguese granite surround the islands in V-Plaza, which covers 22,000 square metres and fronts a series of building facades both old and new.

Nestled into moulded concrete forms, the islands are both wood-topped and greenery-filled, boasting stands of trees, swathes of insect-friendly shrubbery and clusters of benches. In the largest agglomeration, an artificial river cascades down a discreet incline, enticing waders during the warmer months.

In the 1990s, the United Kingdom successfully recast itself as Cool Britannia, a turnabout achieved in part through a robust promotion of arts and culture. The creators of V-Plaza have similar ambitions. “This hybrid of skatepark, playground and urban living room,” 3deluxe says, “is the perfect venue for a young, dynamic society.” Cool Lithuania, anyone?

A vibrant array of amenities dots V-Plaza, designed as a reflection of its modern baltic setting.