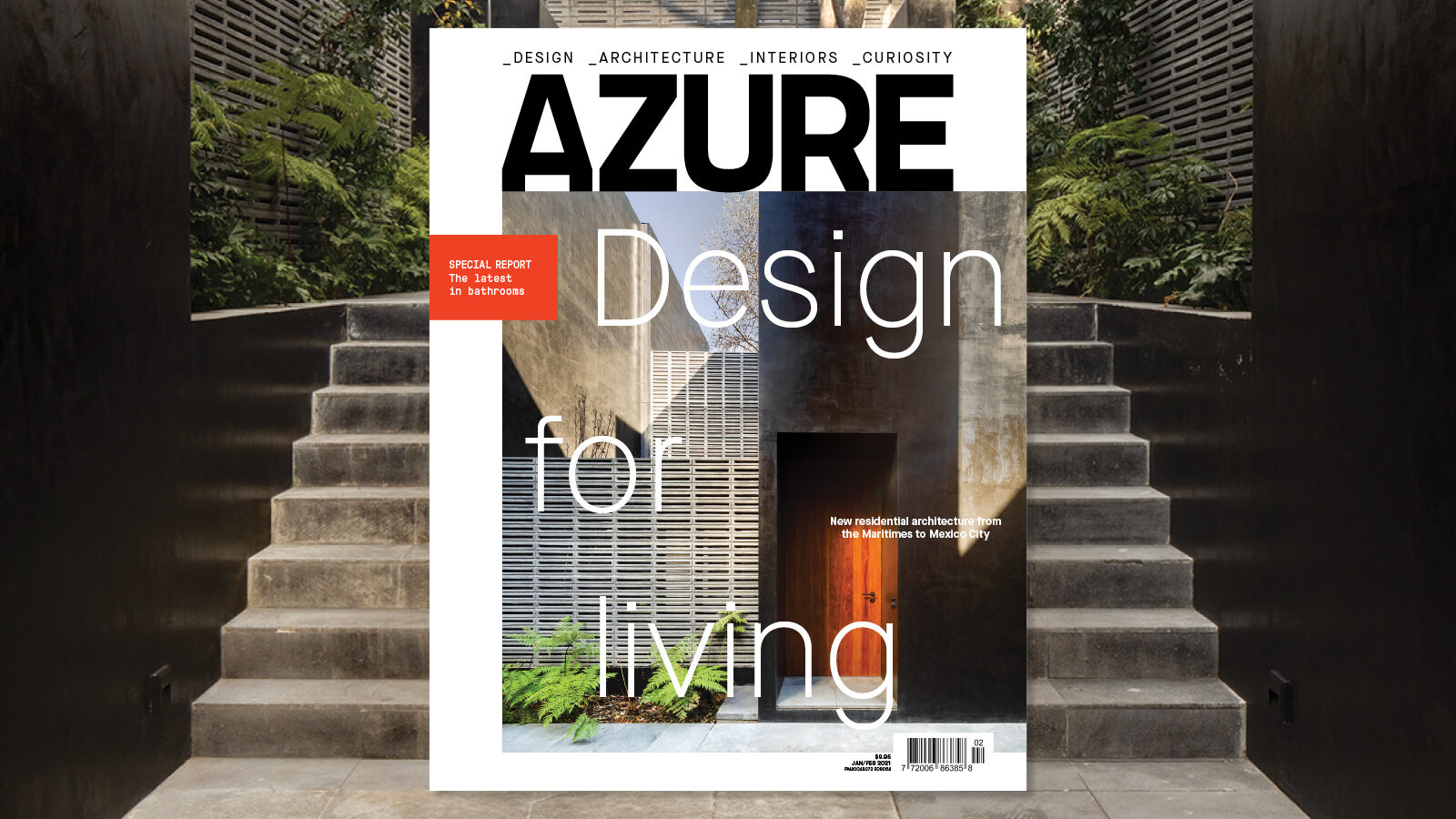 At a time when home is top of mind, residential architecture has never been more relevant — not to mention bolder in look and scope. From stunning coastal escapes in the United States and Canada to a richly textured townhouse complex in Mexico City, the projects highlighted in AZURE’s January/February issue are thrilling cases in point. Embodying the latest ideas about well-being, sociability and sensitivity to site, they push the boundaries of the category, as featured architect Jean Pierre Crousse of Peru puts it, “beyond the notion of shelter.” And his nature-embracing houses and high-rises, designed with wife and partner Sandra Barclay, are just the tip of the iceberg.

In the Canadian province of Prince Edward Island, Charlottetown-based Nine Yards Studio demonstrates a similar reverence for context, creating a horizon-hugging getaway for a big-city family seeking refuge, while the striking cruciform home that SO – IL completed with Shenton Architects on Long Island marries form with function (and maximizes views) with singular aplomb and efficiency.

High on a ridge in Ontario, meanwhile, the Toronto firm Partisans has made its mark on a palimpsest of a site with an epically sculptural guesthouse that’s equal parts land art and feat of engineering. And in Mexico City, Pérez Palacios Arquitectos Asociados (PPAA) prioritizes the needs of residents over automobiles by burying the majority of the parking spaces at its eight-unit Carrizal townhome complex in favour of a verdant outdoor corridor that runs the length of the project.

ALSO IN THIS ISSUE

Sanctuary-like spaces, accessible accessories and the latest in smart tech for the loo.