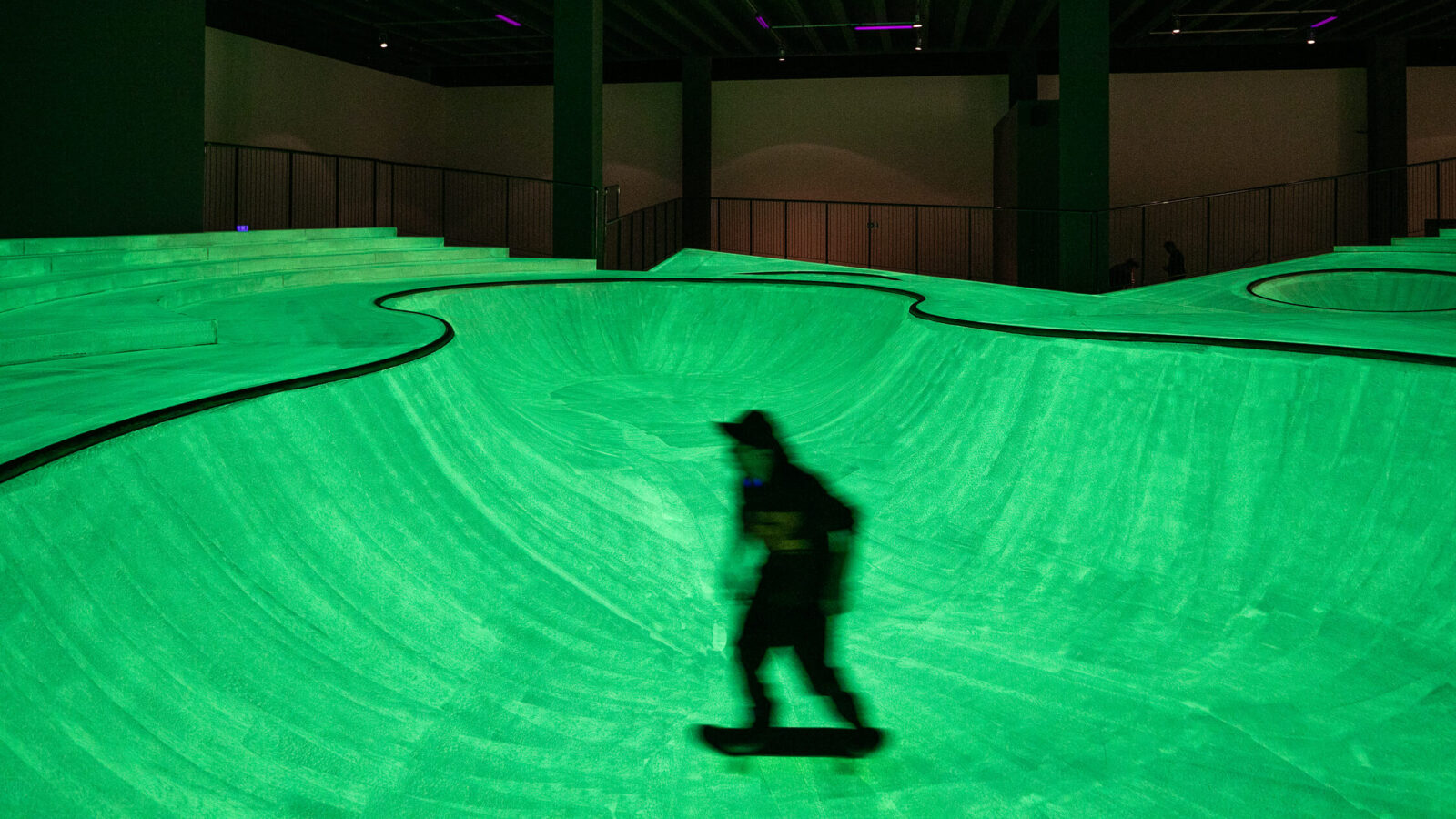 A Fluorescent Skatepark Transforms Milan’s Triennale into a Playground

Both sport and subculture, skateboarding occupies the liminal spaces between rebellious adolescent pastime, legitimate game of immense skill (think Tony Hawk and Leticia Bufoni), spatial art form and method of transportation. “It’s seen as a child’s play activity,” says architecture historian Iain Borden, “but for many practitioners it involves nothing less than a complete and alternate way of life.”

In 1970s Santa Monica, the pioneering group Z-Boys brought surfing techniques to dry land, riding low on Los Angeles’s concrete roads, curbs and empty pools as if they were waves, running their hands along the ground as if it were mercury. With the rise of purpose-built parks soon after, many skaters similarly took to the streets (and continue to do so), recasting ideas of public space, community-building and mobility along the way.

Currently spearheading the Triennale Milano’s 2020 program “Year of Play,” she commissioned Koo Jeong A’s OooOoO, a public skatepark installed within the Italian museum, for the inaugural project. “[It’s] like sculpture on a grand scale, but participatory,” she says of the interactive artwork brought to life by skaters, music and educational programs.

Coated in fluorescent paint that adds a distinctly extraterrestrial aura to its sweeping architectural terrain, the piece — composed of intersecting reinforced concrete bowls surrounded by stepped plywood edges — builds on the South Korean artist’s previous skateable sculptures, as well as a number of global interventions (a half-pipe in the Winnipeg Art Gallery, for instance) that explore the flaneur-like practice of a kick, push and coast on a wooden deck.

But architecture is only half the story. “For me, they’re drawing in space,” Peyton-Jones summarizes of skateboarders’ fluid gestures. “Just like a choreographer, they define the movement of the human body.” In other words, it’s performance art on wheels.