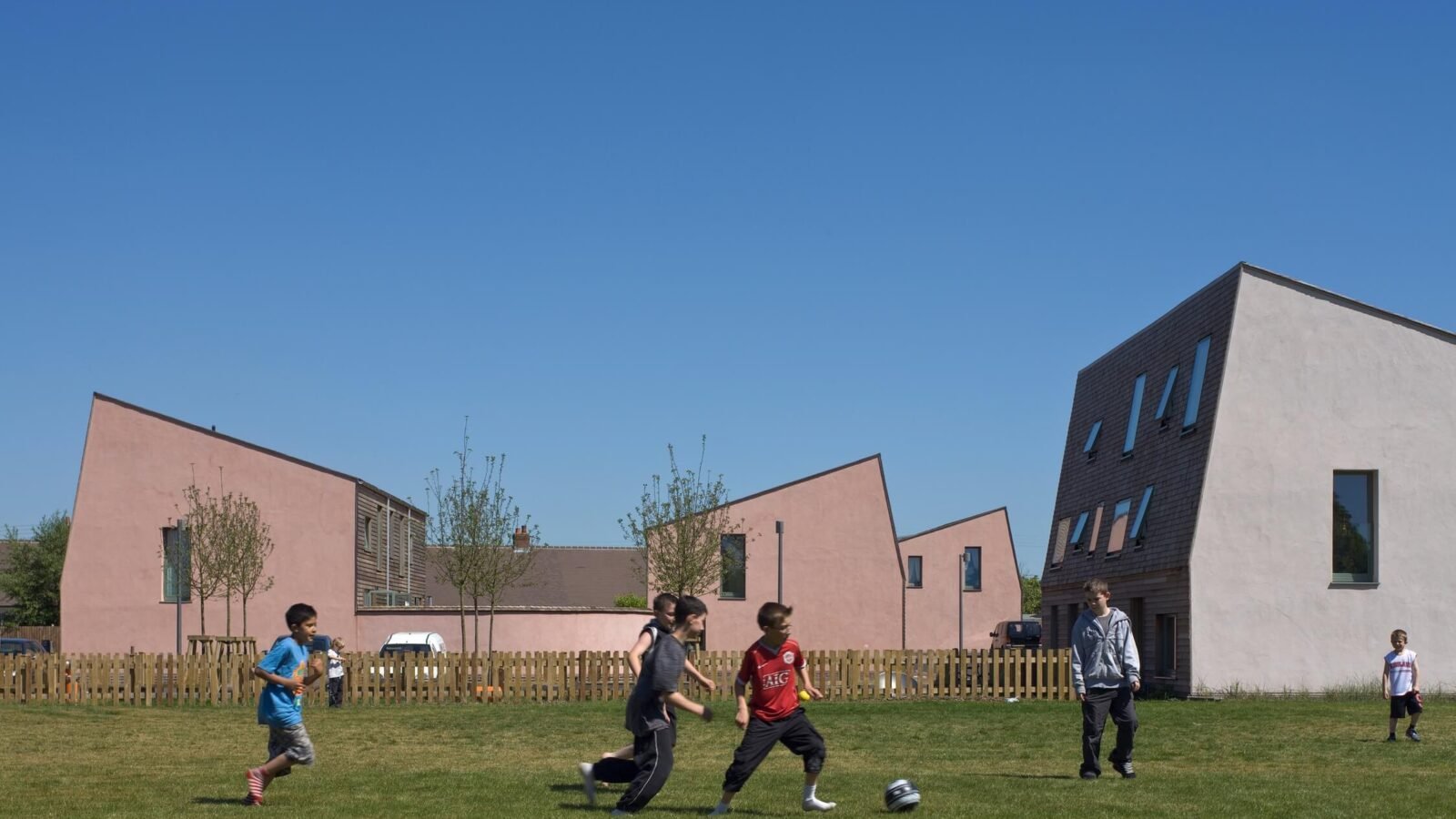 Is Hempcrete the New Concrete?

In 2014, Belgian architect Robbe Van Caimere, a principal of Martens Van Caimere Architecten, was hired to retrofit a bungalow near Ghent. The place dated to the middle of the last century and had no insulation. Structural brickwork simply supported interior plaster and an exterior brick veneer separated by a five-centimetre cavity. “Belgium has cold winters, but the house was built before the seventies oil crisis,” Van Caimere says. “Energy was cheap.” To improve the home’s efficiency, the architect first considered infilling the walls with insulation derived from either paper or wood chips.

But the gap between the brick and exterior facade was too narrow to work with, so he decided to re-clad the whole house — both inside and out — with hempcrete, a composite of ground hemp fibres (called hurds), lime (a natural binding agent) and water. For Van Caimere, it was a calculated experiment. “We hadn’t used hempcrete before,” he recalls, “but we were excited by the possibility, because hempcrete acts as cladding, insulation and vapour barrier all in one. That seemed like a very elegant solution.” 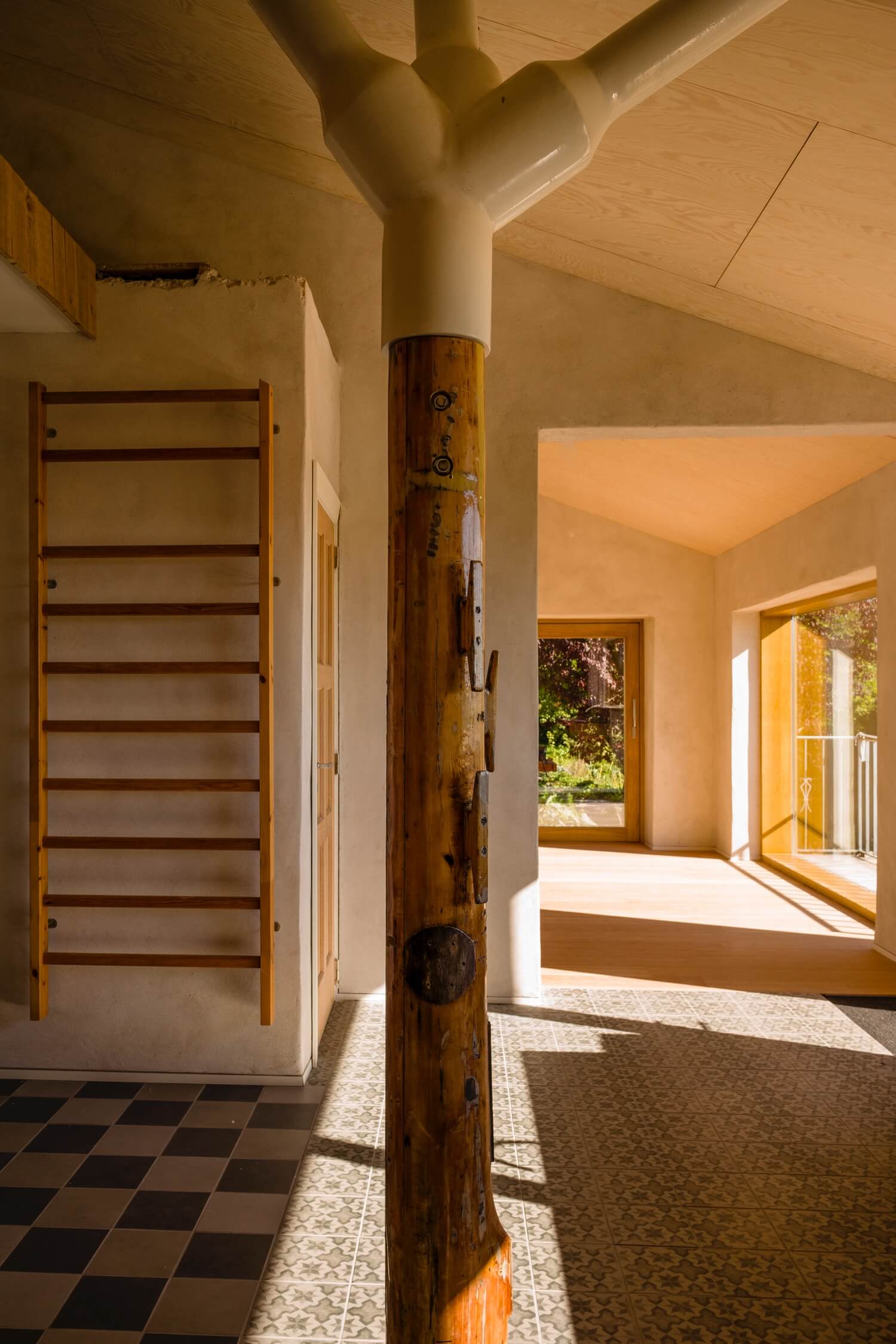 Martens Van Caimere Architecten was among the first Belgian firms to apply hempcrete architecturally. It updated a poorly insulated bungalow by cladding it inside and out with the substance. 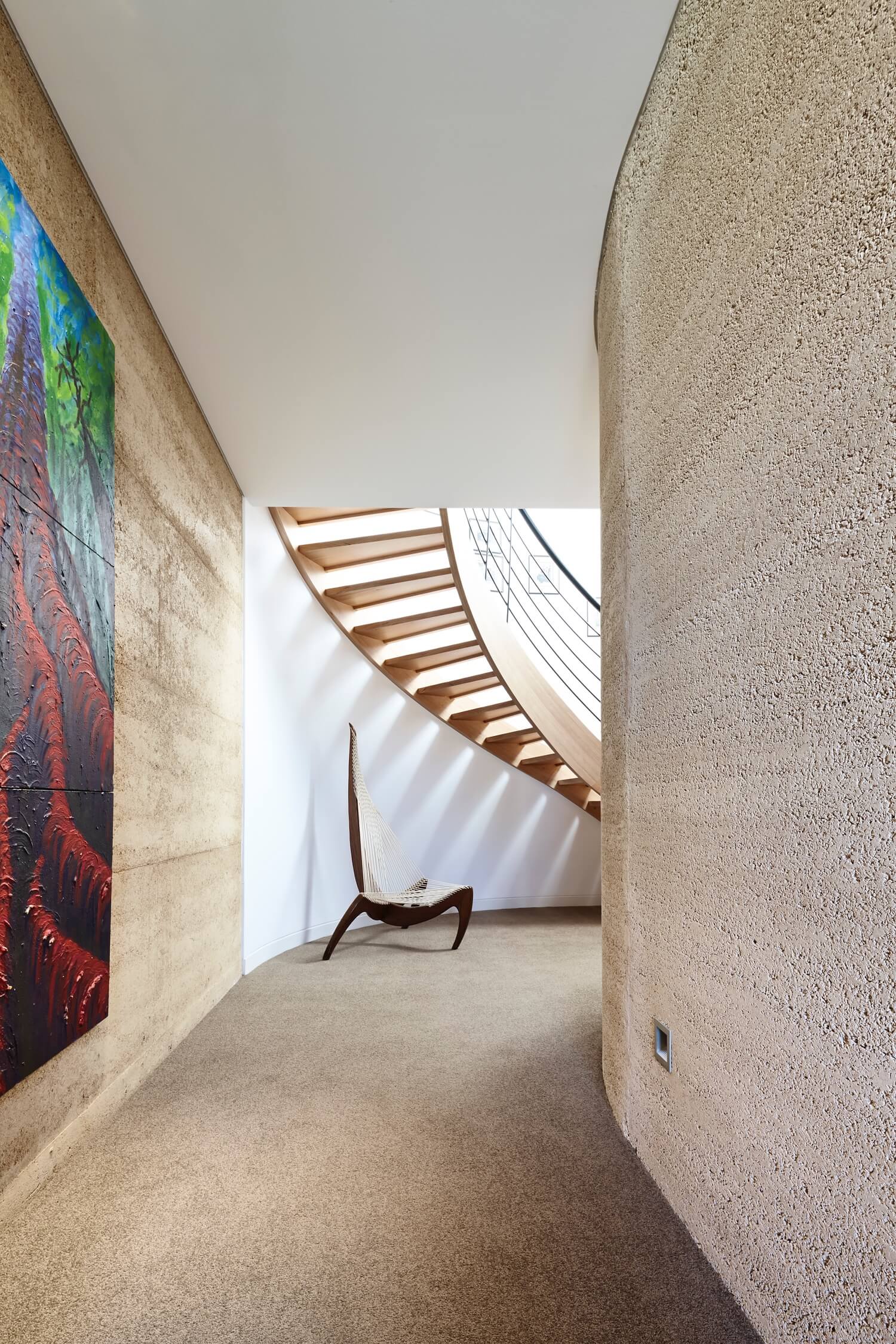 Hemp House, a multigenerational Melbourne residence by Steffen Welsch Architects, is the first home in mainland Australia to be constructed from hempcrete.

And the solution worked. “The house is no longer cold; it’s very comfortable,” says Van Caimere, who later used hempcrete on a supermarket façade and is now looking for opportunities to try it again on a larger public project. The issue with a public project, however, is that, depending on the tendering process, Van Caimere wouldn’t necessarily be able to hire his preferred contractor. And because hempcrete isn’t widely used (the bungalow was one of the first applications in Belgium), not all contractors are familiar with its peculiarities (it has to be coated with plaster, for instance, to keep a building airtight).

The lack of experience might seem strange given that hempcrete is hardly new. The Romans used a variety of it 2,100 years ago. The Gauls re-enforced bridges with a hemp-based mortar in sixth-century France. Over the past 100 years, though, laws in North America, Australia and parts of Europe prohibited the cultivation of hemp. The laws were enacted because the plant is a close relative of marijuana. But as hemp has almost no THC, marijuana’s psychoactive ingredient, the bans did little more than reverse a long history of thoughtful use. Among many others, both George Washington and Thomas Jefferson grew the plant because its fibres made excellent rope, paper and other commercial products.

Such retrogressive views have gradually been changing. Canada legalized the growth of hemp by licensed producers in 1998. Australia began doing so around the same time. In the United States, the 2018 Agriculture Improvement Act allowed for some hemp production (only five states and Washington, D.C. still ban it). All EU member nations currently permit hemp use. The shift is due to a wide recognition of hemp’s low risks (ingesting large quantities might lead to a bad headache, but not a raging high) and numerous benefits. Unlike marijuana, it can be grown outside in a variety of climates — no halogen bulbs or greenhouses required. 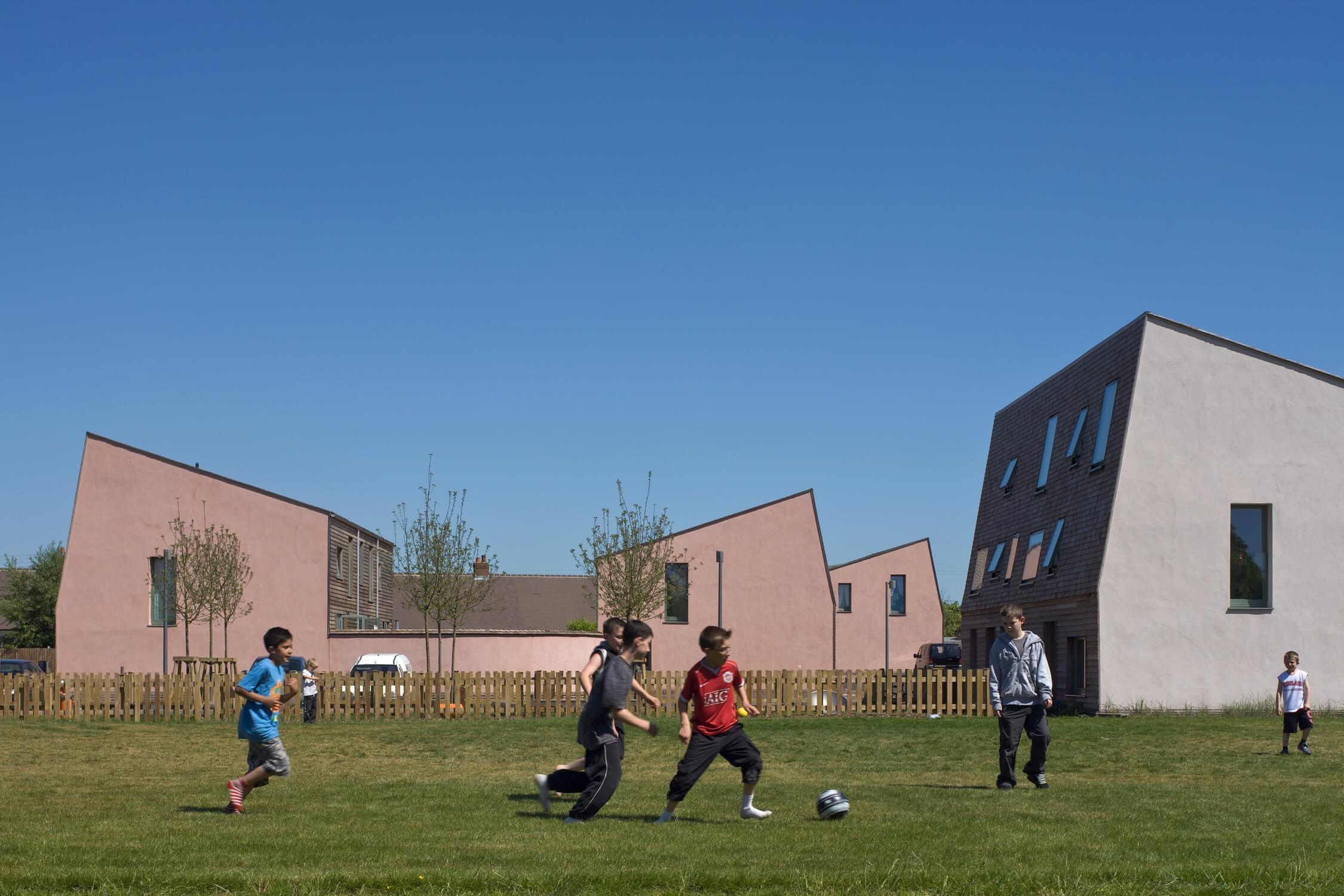 It also grows amazingly quickly and incredibly tall, sometimes up to four or five metres. As it shoots up, the leaves suck in more carbon from the air than is needed to convert the plant into an industrial product such as hempcrete, even when accounting for the energy required to fell, dry, process and transport the fibres. Consequently, many call hempcrete “carbon-negative” or “better-than-zero-carbon.” The fibres themselves have unique qualities that make hempcrete something of a miracle material. “Hemp has great thermal mass and insulation properties,” says architect Steffen Welsch, who erected one of Australia’s first hempcrete houses in 2012. “It breathes and therefore moderates air quality and humidity.”

It’s also flame-retardant, mould- and insect-resistant and a great acoustical barrier. Its versatility applies to a wide range of climates. In 2008, the London firm Mikhail Riches, a winner of the Stirling Prize, used hempcrete as an interior render on a residential project to control indoor humidity in a damp part of England. Last year, L.A.-based practice MILLIØNS built a strikingly colourful bathing platform in California’s Morongo Valley to demonstrate how the substance can modulate even the extreme heat of the desert: The hempcrete walking surface prevented the soles of visitors’ feet from being fried like eggs. 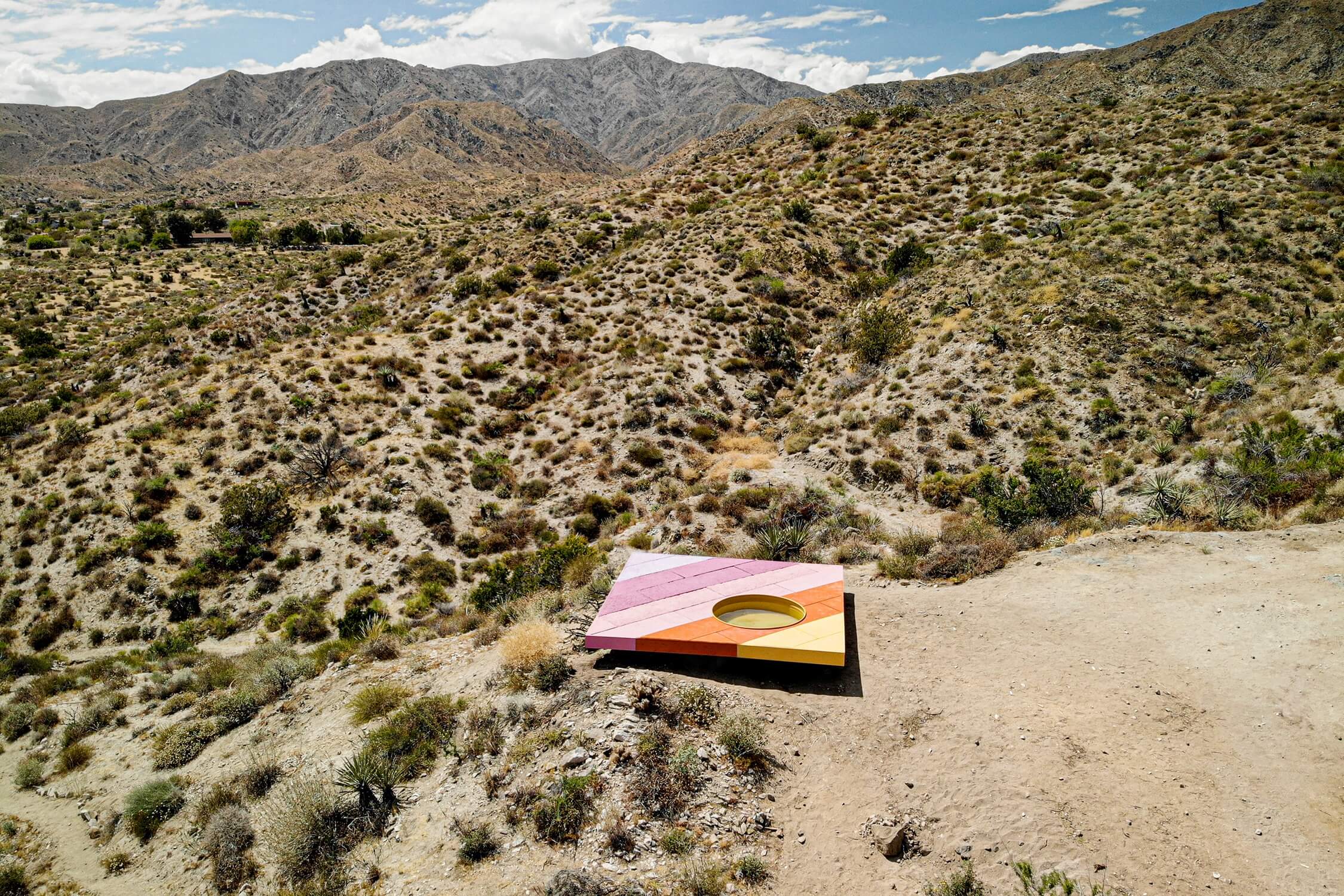 In 2019, L.A. practice MILLIØNS erected Gymnasium 01, a temporary swimming pavilion in the desert. Its heat-resistant hempcrete surface prevented users from burning their feet.

The latter project, dubbed Gymnasium 01, “was an experiment for a climate zone that swings widely between cool or even very cold nights and warm or very hot days, with relatively low humidity,” John May, one of MILLIØNS’s founding partners, says. “We poured the deck panels in three different thicknesses: two inches, four inches and six inches. In the end, there was a fairly significant difference, with the thickest panels best able to modulate the heat gain and loss, absorbing heat during the day and releasing it at night.”

If its name suggests that hempcrete is a substitute for concrete, that’s an erroneous assumption — for now. “Concrete is a very different material,” says Welsch. It insulates poorly and requires vast amounts of both carbon and water to produce, but it does have two advantages: Concrete is cheaper (by 10 to 30 per cent, depending on the country) and it’s stronger. “Hempcrete is mixed together like a cake, cast in place using forms like concrete and takes about four weeks to cure,” says Joe D’Alo, founder of the Hemp Building Company, a hempcrete producer in Victoria, Australia. 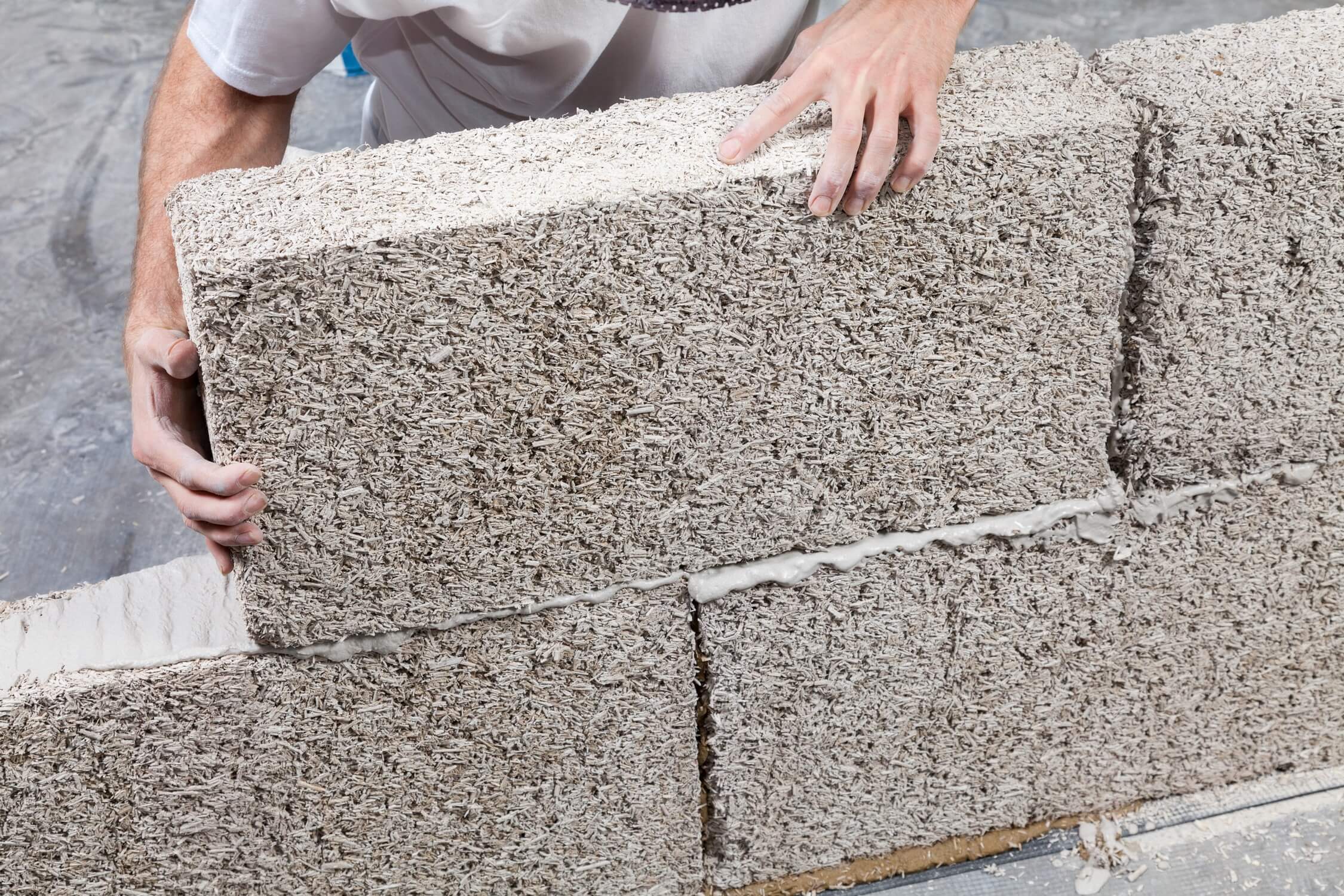 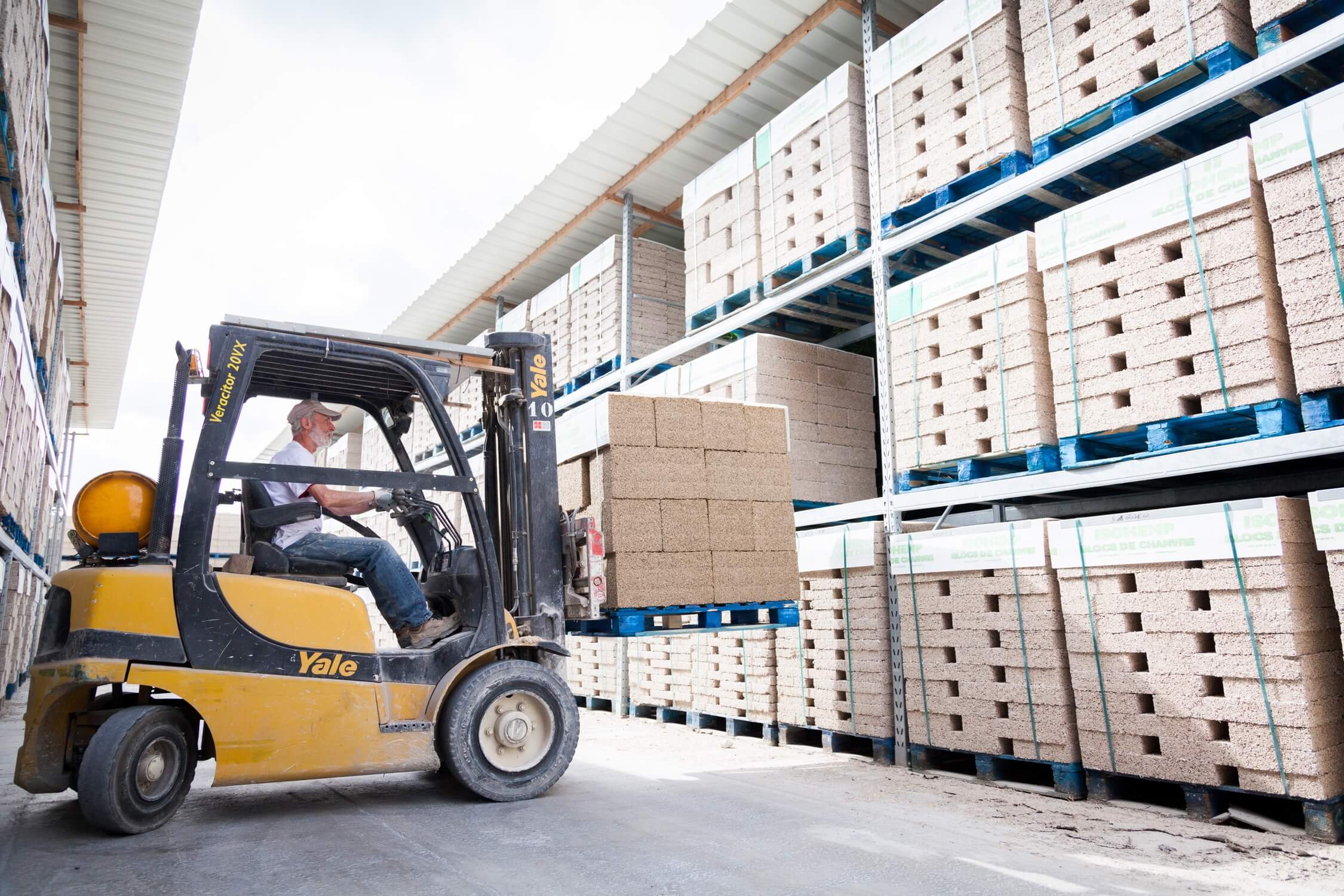 IsoHemp, a major supplier of hempcrete in Belgium, produces non-load-bearing masonry blocks. Other outfits, in Canada and elsewhere, offer or aim to provide structurally resilient versions.

“It’s not compressive, though. It almost always needs a secondary structure behind it.” Sometimes, hempcrete is precast and sold as something that resembles cinder blocks. Those, too, require auxiliary supports. “The hemp block is a nonload-bearing glued masonry product,” explains Charlotte de Bellefroid, marketing manager for IsoHemp, a major hempcrete supplier in Belgium.

Increasing demand, however, is motivating hempcrete producers to innovate, pushing the material’s limits. D’Alo is currently tinkering with a precast block that can function structurally. And Alberta-based Just BioFiber is already selling a load-bearing hemp-based brick. It’s reinforced by an internal composite frame to distribute all structural loads. These frames interlock like Lego blocks and are secured with an adhesive. Unlike Lego, though, BioFiber’s blocks, says the firm, can sustainably keep people dry, safe and warm.