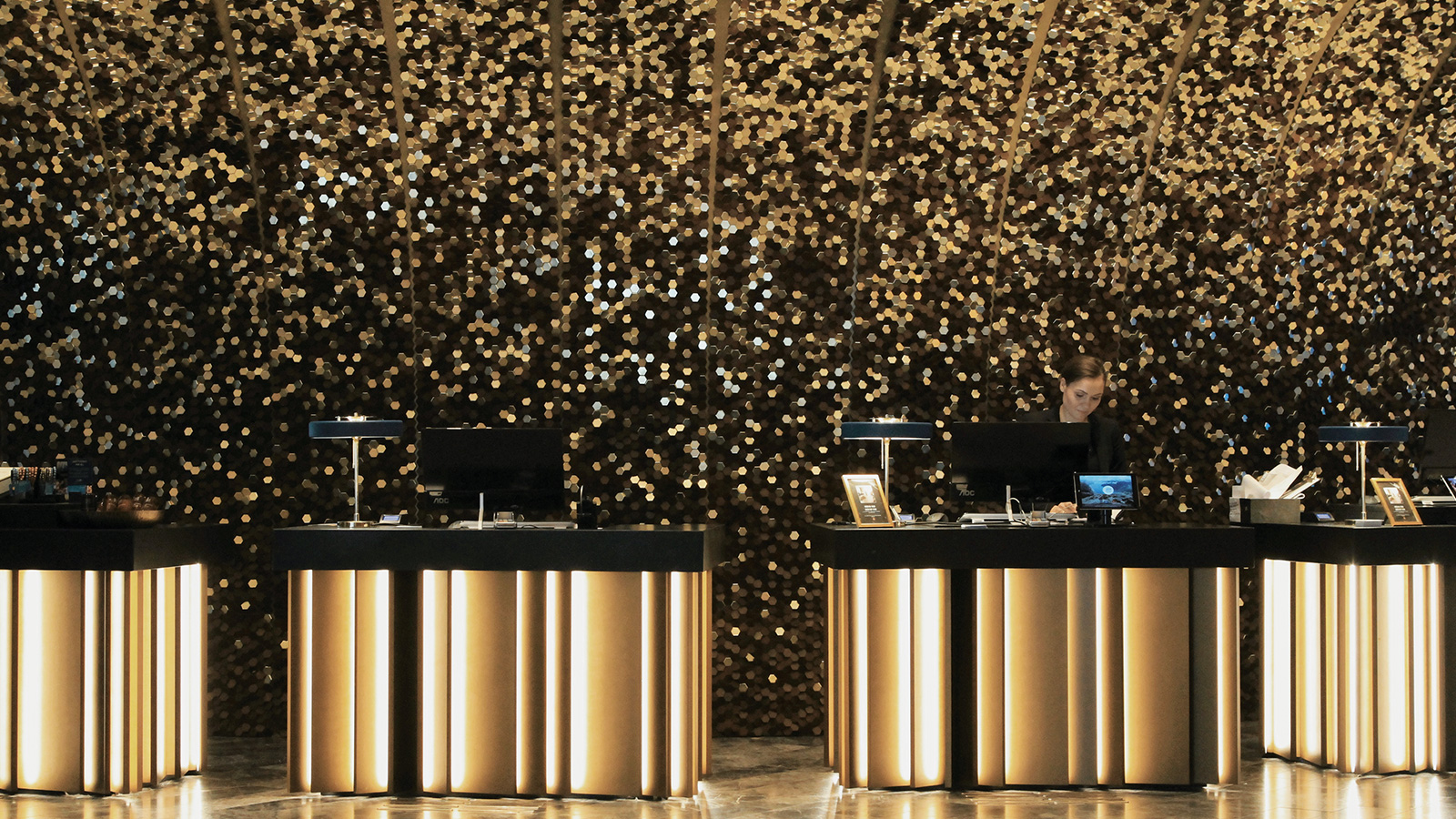 More commonly associated with shipping boxes and protective packaging, corrugated cardboard seems an unlikely source of inspiration. But for surface designer Giles Miller, this humble material was the impetus of his career: “I ended up developing surfaces through an interest in the materials themselves.”

During his bachelor’s degree studies in furniture design at Britain’s Loughborough University, Miller had a self-described “eureka moment” after discovering that manipulating angles in the cardboard created different tones. What followed was a series of buzzed-about cardboard furniture — and the interest of fashion powerhouse Stella McCartney: In 2009, as he was finishing a master’s degree in design products at London’s Royal College of Art, Miller was commissioned by her brand to create a large-scale mural for a retail store in Paris. 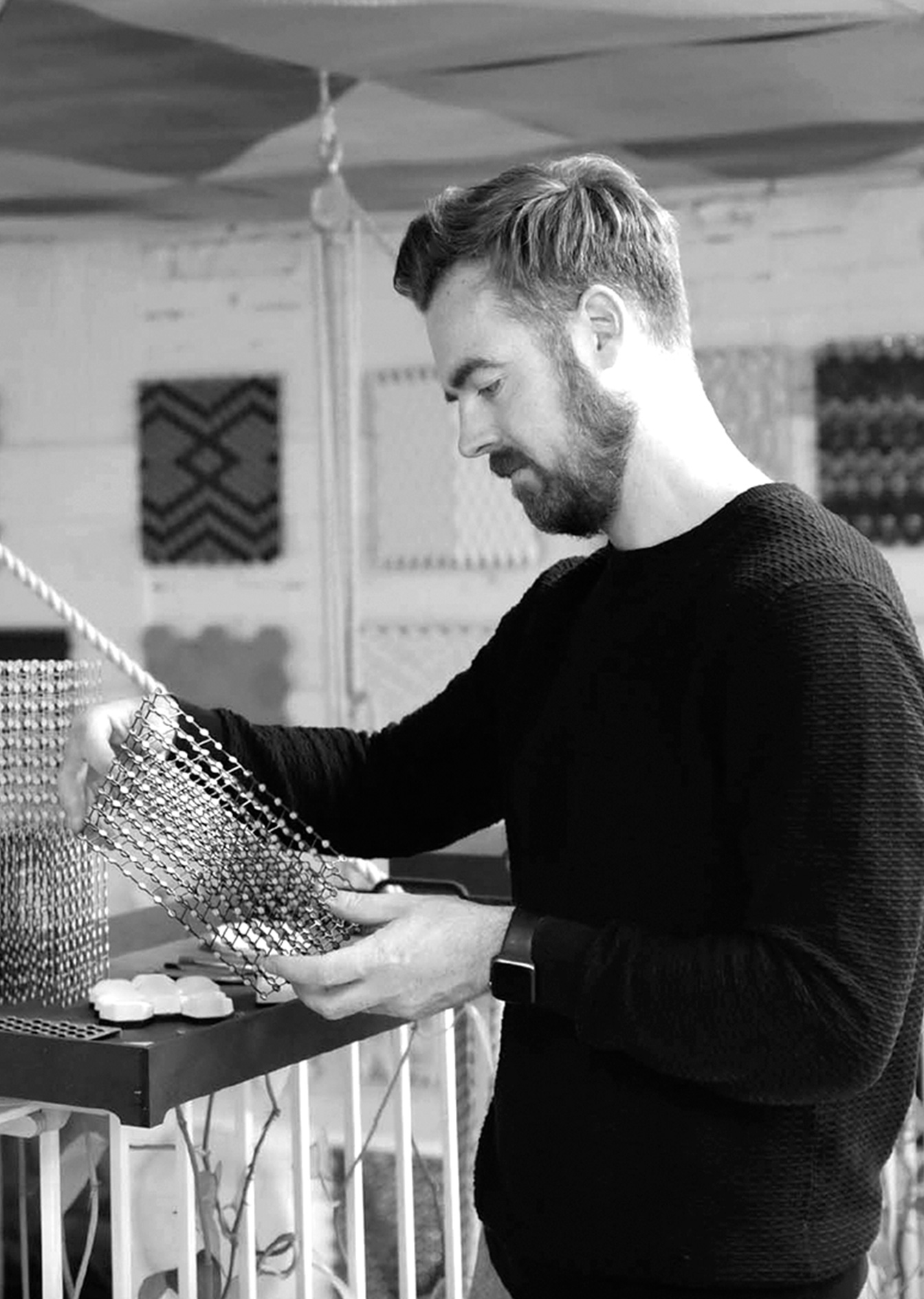 His fluting process was the “catalyst for the whole studio coming together,” Miller says of his eponymous London-based atelier, founded in 2011. “Everything since then has been an evolution of that idea.”

“Everything” includes the conception of space-defining wall and surface treatments for such clients as Harrods, Hermès, Marriott International and Qatar Airways. Early undertakings include an archway for Clerkenwell Design Week in 2012 — composed of 20,000 laser-cut wood hexagons, each set at a unique angle — and additional work for Stella McCartney locations. More recently, the studio developed a large-scale lobby installation for Oslo’s The Hub hotel; fanned strips of tessellating ceramic tiles create a double-curved surface that resembles a starry night sky behind the reception desks. 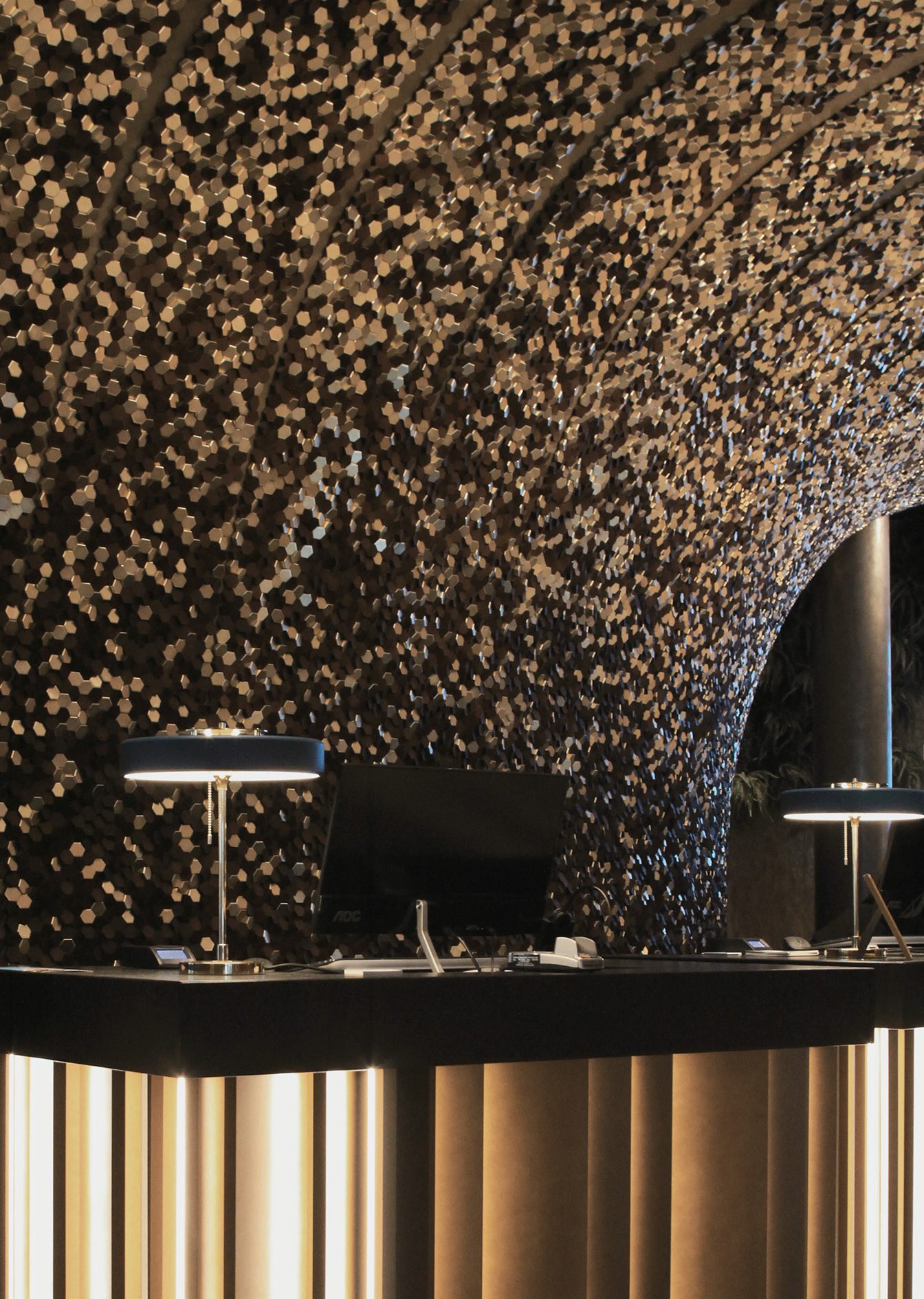 When a client approaches the studio, Miller undertakes a comprehensive study of the project’s context, then weaves in whatever he and his team are excited about at the moment. “Every project is a combination of our creative trajectory at the time, the client and the context,” Miller says. 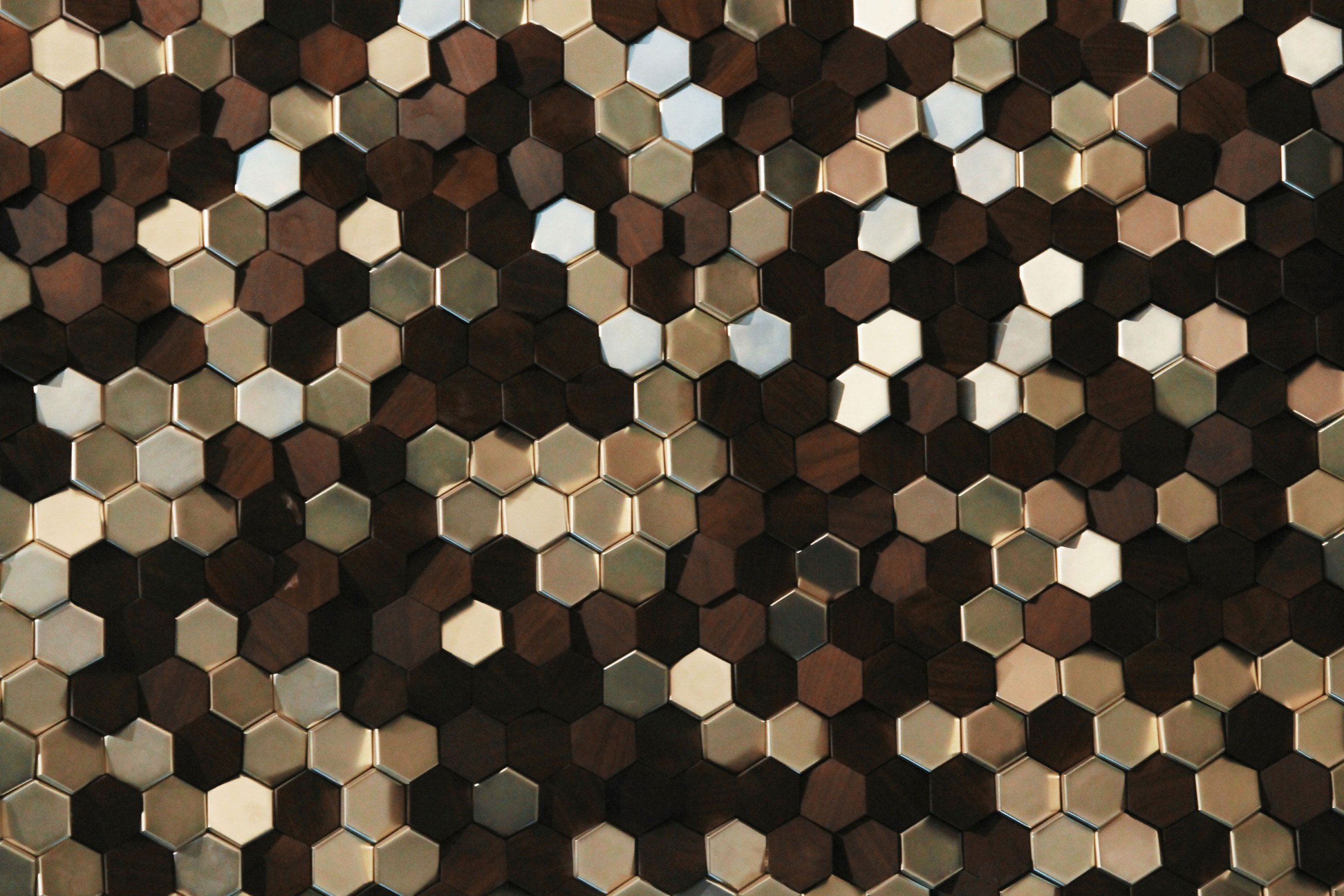 The studio also engages in “ongoing experiments in material development and composition.” Both the Clerkenwell and The Hub projects, for example, incorporated Miller’s own hexagonal Alexander tiles. He typically has his production partners fabricate the designed parts, which are then hand-assembled into panels at his workroom. The final product is about feeling as much as function. “There are all sorts of reasons why we would choose a certain finish,” says Miller, “but what we’re also trying to do is create that kind of character that can define and actually improve people’s experience of a space.”