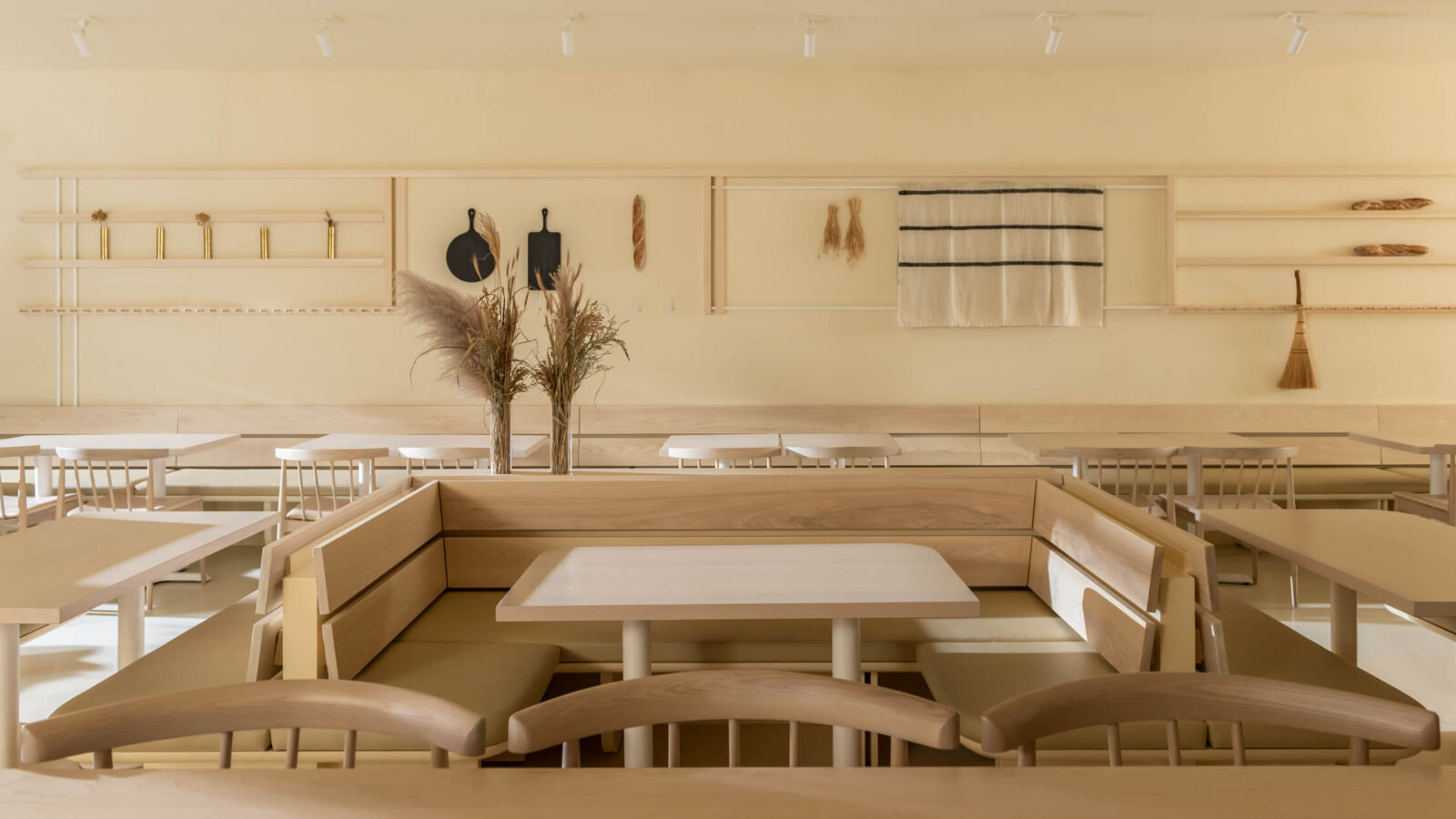 Craig Stanghetta and his firm Ste.Marie Art + Design build unique scenes one room at a time.

From a shade of blue swiped off a Joan Miró painting to tile inspired by a Haruki Murakami book cover and the set designs of Czech scenographer Josef Svoboda, there is no reference too obscure for Craig Stanghetta of Ste. Marie Art + Design. “We take a nucleus of an idea and build a world around that,” Stanghetta says of his Vancouver-based studio. “We’re more beholden to an emotional reaction or connection with a space over an aesthetic.” 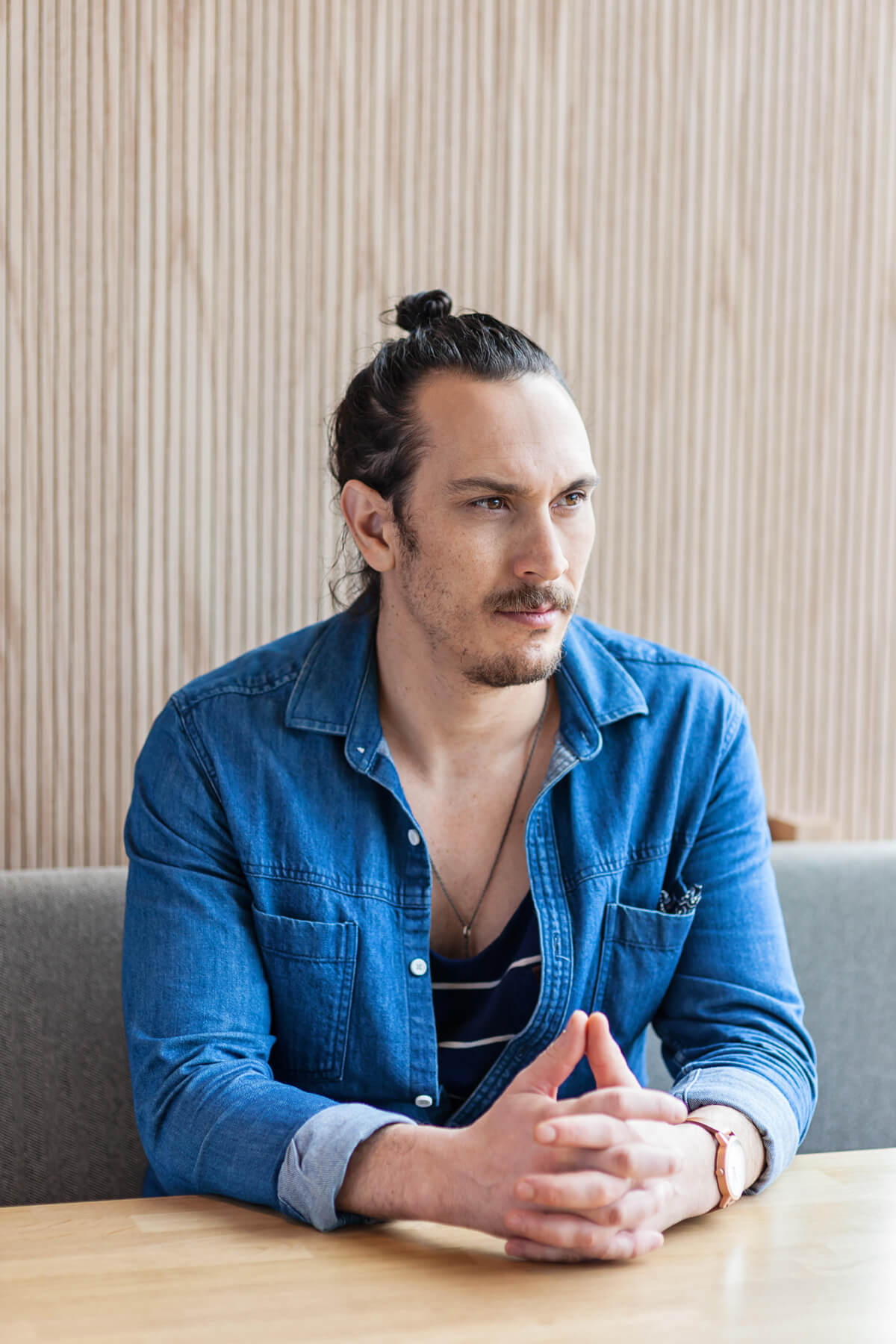 This appreciation for placemaking was established early on, informed  by both his hometown of Sault Ste. Marie, Ontario (a steelmaking city in the Canadian Shield and his studio’s namesake) and by his time as a fine-arts and theatre student at York University in Toronto. After moving to Vancouver to pursue acting “on a lark,” he was ultimately drawn to stagecraft of a different sort. His first restaurant commission — the Chinese brasserie Bao Bei in 2008 — featured family heirlooms, vintage photographs and floral wallpaper. It was dark, loud, decorated and a stylistic U-turn from the sleek, modernist rooms that predominated at the time. 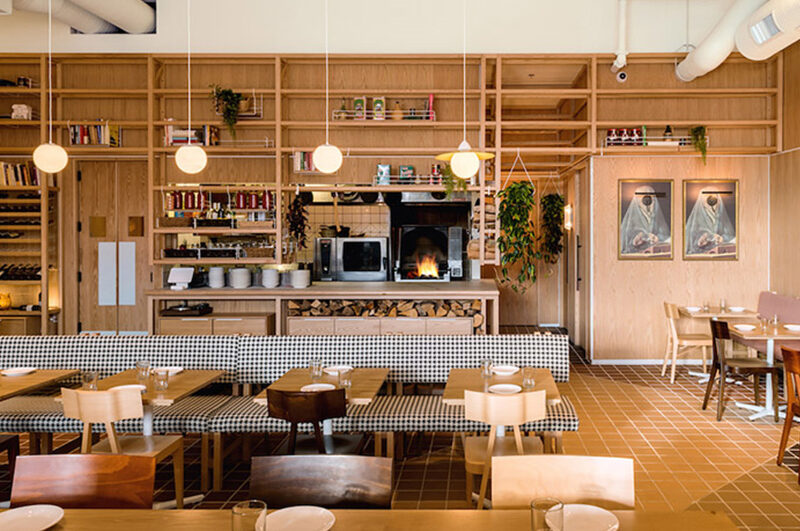 A Vancouver Osteria With Lots of Character
Savio Volpe, a new restaurant designed by Vancouver firm Ste. Marie, is clever as a fox – which happens to be its muse.
Read More 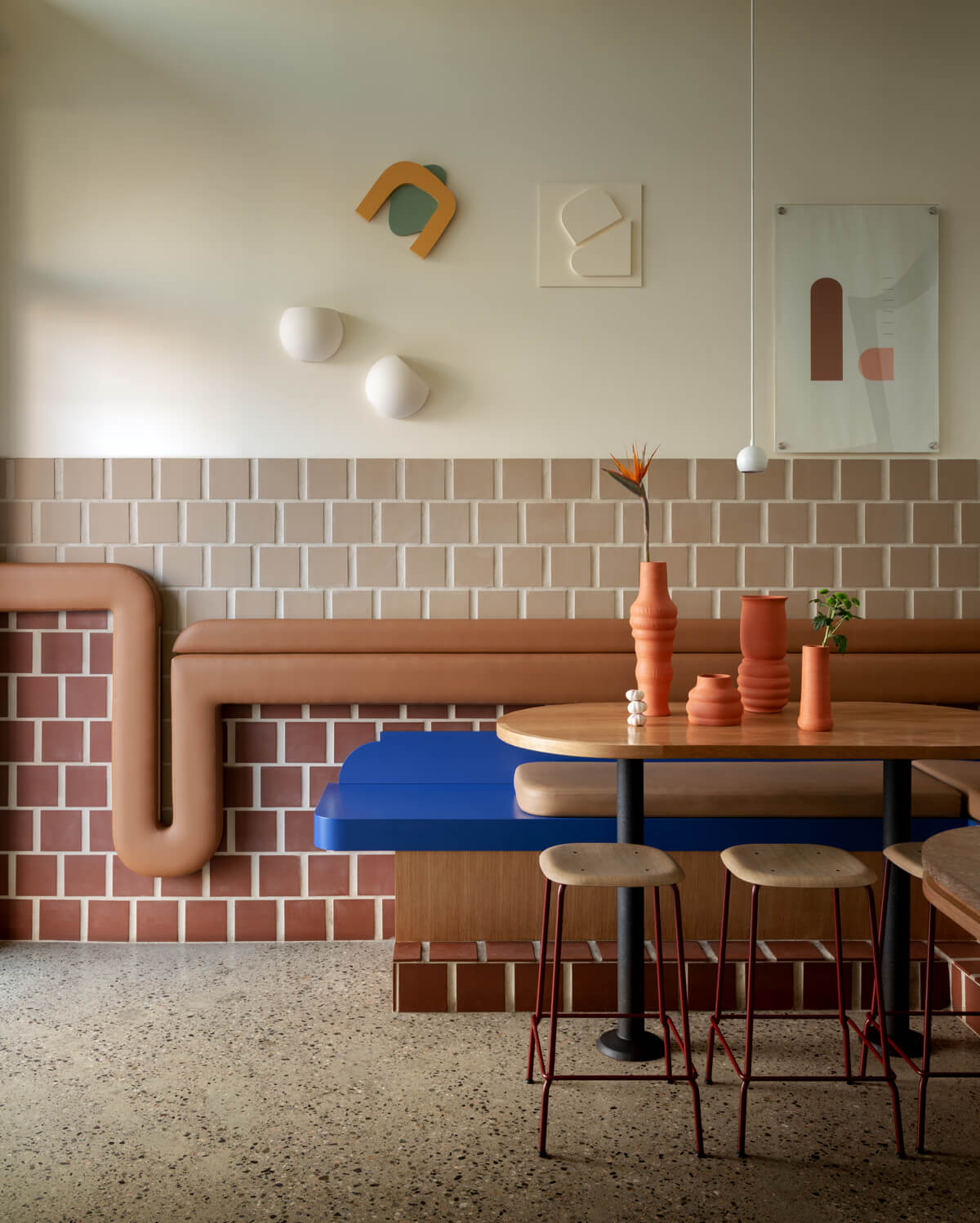 Since those early days as a one-man operation, Ste. Marie has grown into a team of 20 (the Vancouver- and New York–based graphic design firm Glasfurd & Walker remains a frequent collaborator) and had a hand in creating dozens of the city’s most acclaimed rooms (including Como Taperia, Caffé La Tana, Savio Volpe and the recent Shaker-inspired Flourist) as well as Toronto’s high-tech sushi bar Tora. 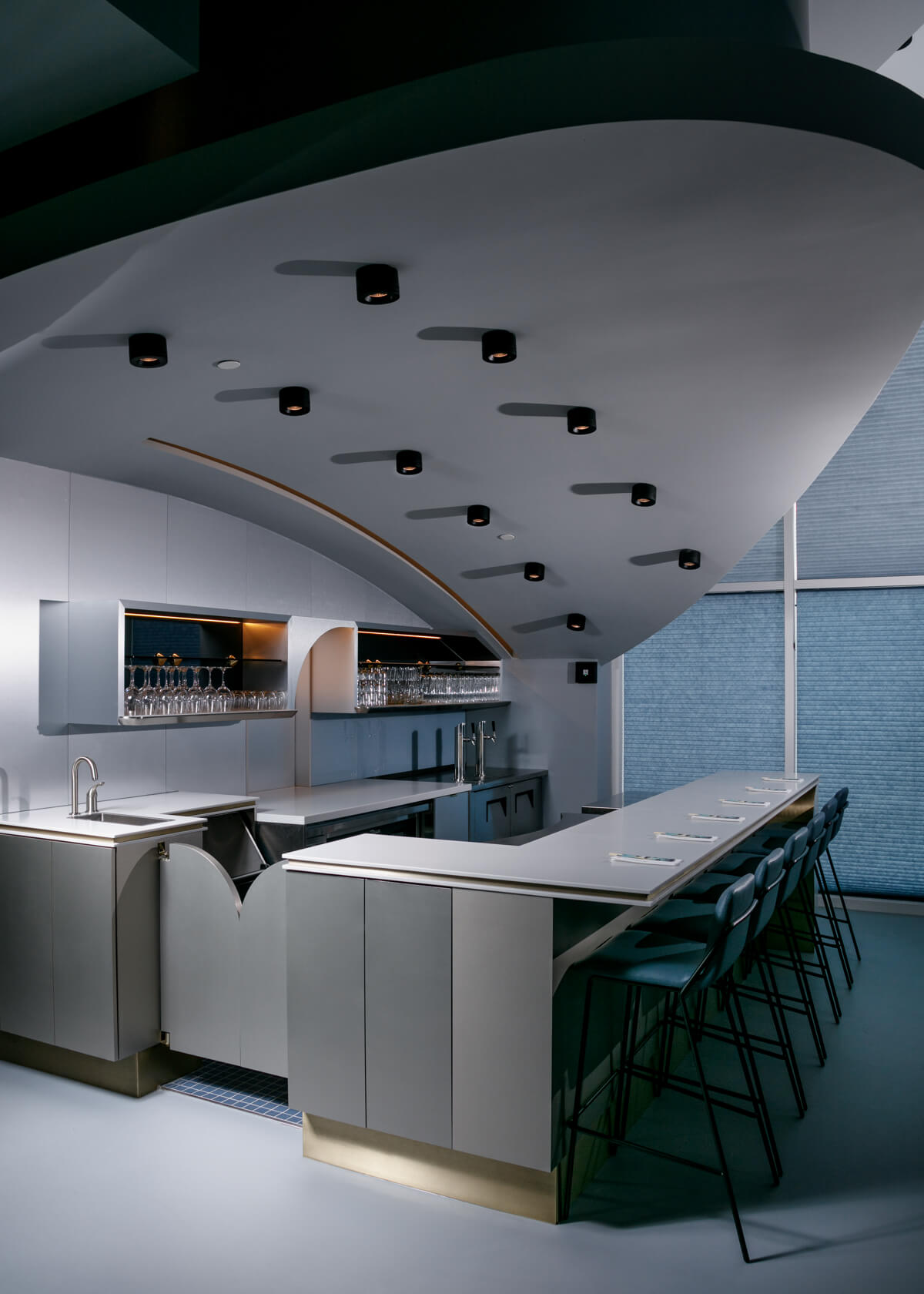 The design of Tora draws inspiration from the retro futurism of Expo ’70 in Osaka and the moody stages of scenographer Josef Svoboda.

Each space is a well-considered panoply of materials, antiques, artworks and custom finishes (think thick slabs of vividly coloured stone and walls in finely pleated wood cladding) that can’t be easily replicated or imitated. In some instances, guests sit in close proximity as at a dinner party, sharing the scenery. 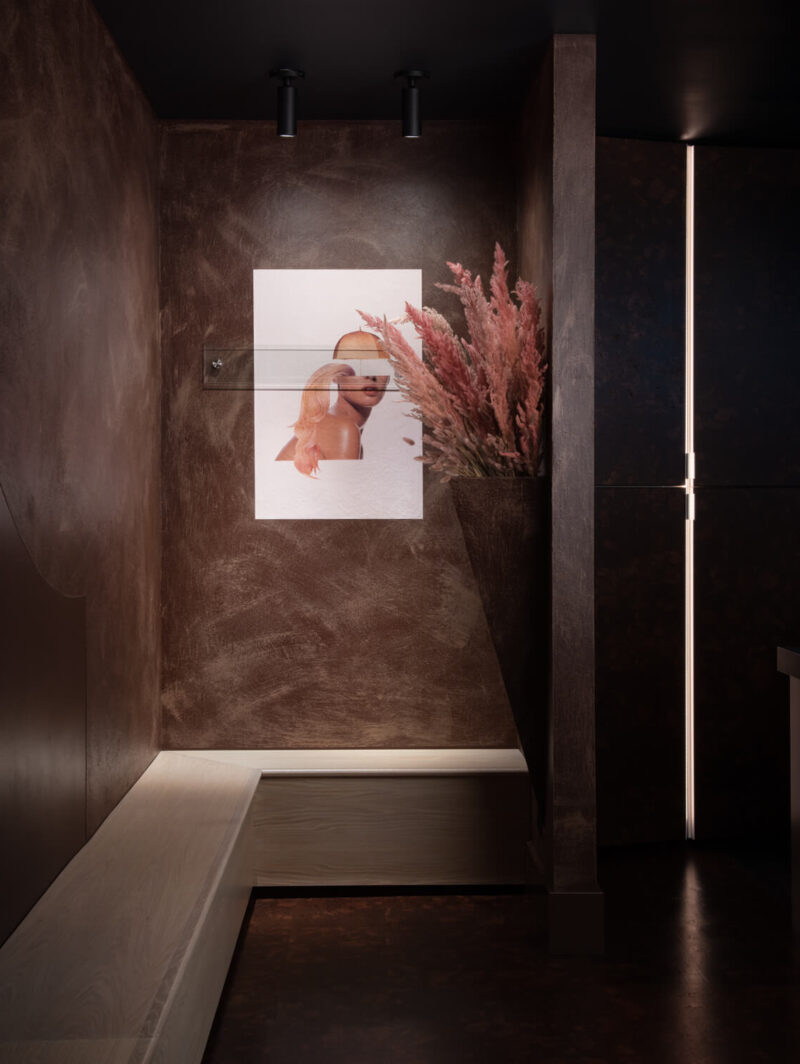 This Moody Vancouver Yoga Studio Has All The Right Moves
In Yaletown, Jaybird is a mirrorless escape courtesy of local studio Ste.Marie Art + Design.
Read More 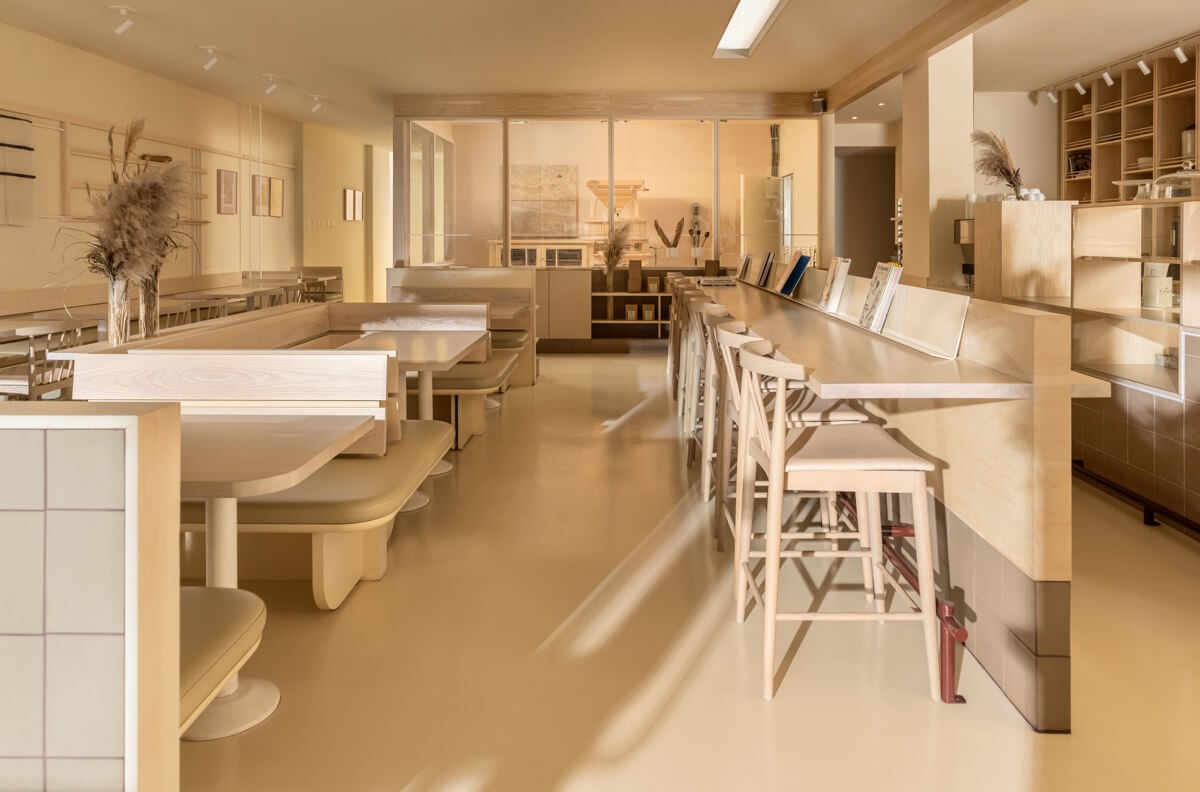 For the interior of Flourist, a Vancouver mill and bakery, the studio borrowed from the minimal designs of 18th-century Shaker communities in the American Northeast.

Stanghetta’s emphasis is always on the intangible element of atmosphere. “Coming from a background of storytelling and theatre, you’re creating a world where the audience is going to suspend their disbelief,” he says. “Restaurants are no different.” This year, the firm will venture farther afield, designing several hospitality concepts and a co-working space in Seattle, the public spaces of a mixed-use hotel, office and residential project in nearby Bellevue and a Japanese omakase restaurant in Toronto. For the actor-turned-designer, all the world is a stage.

Craig Stanghetta and his firm Ste.Marie Art + Design build unique scenes one room at a time.