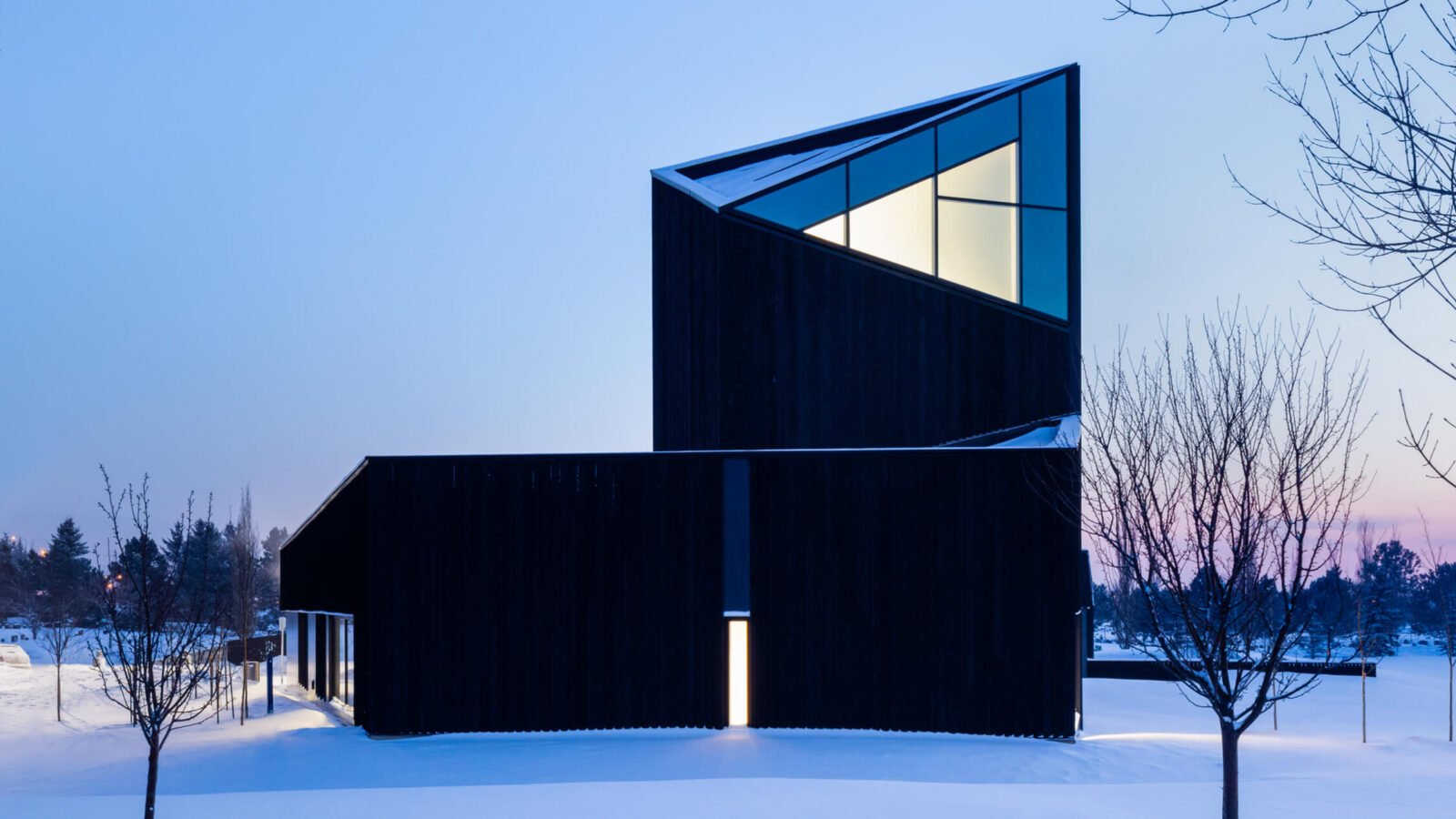 A Restrained Cemetery Complex Rises From the Prairie Landscape

In Edmonton, Shape Architecture’s South Haven Centre for Remembrance is both a public and private monument.

In 2012, the City of Edmonton put out a request for proposals for a new building at the South Haven Cemetery, southeast of downtown. That same year, Dwayne Smyth, a partner at the Vancouver firm Shape Architecture, lost his grandmother and found himself reflecting on mourning and transience. The resulting project — the South Haven Centre for Remembrance, a 650-square-metre structure completed in collaboration with Group2 and Pechet Studio — comprises offices, family rooms, meeting rooms and a field-services yard and garage where workers mix concrete, set gravestones and repair damaged plaques. The architecture is sensitive in every sense of the word: to place, to purpose and to the unique needs of the many people who visit the site. 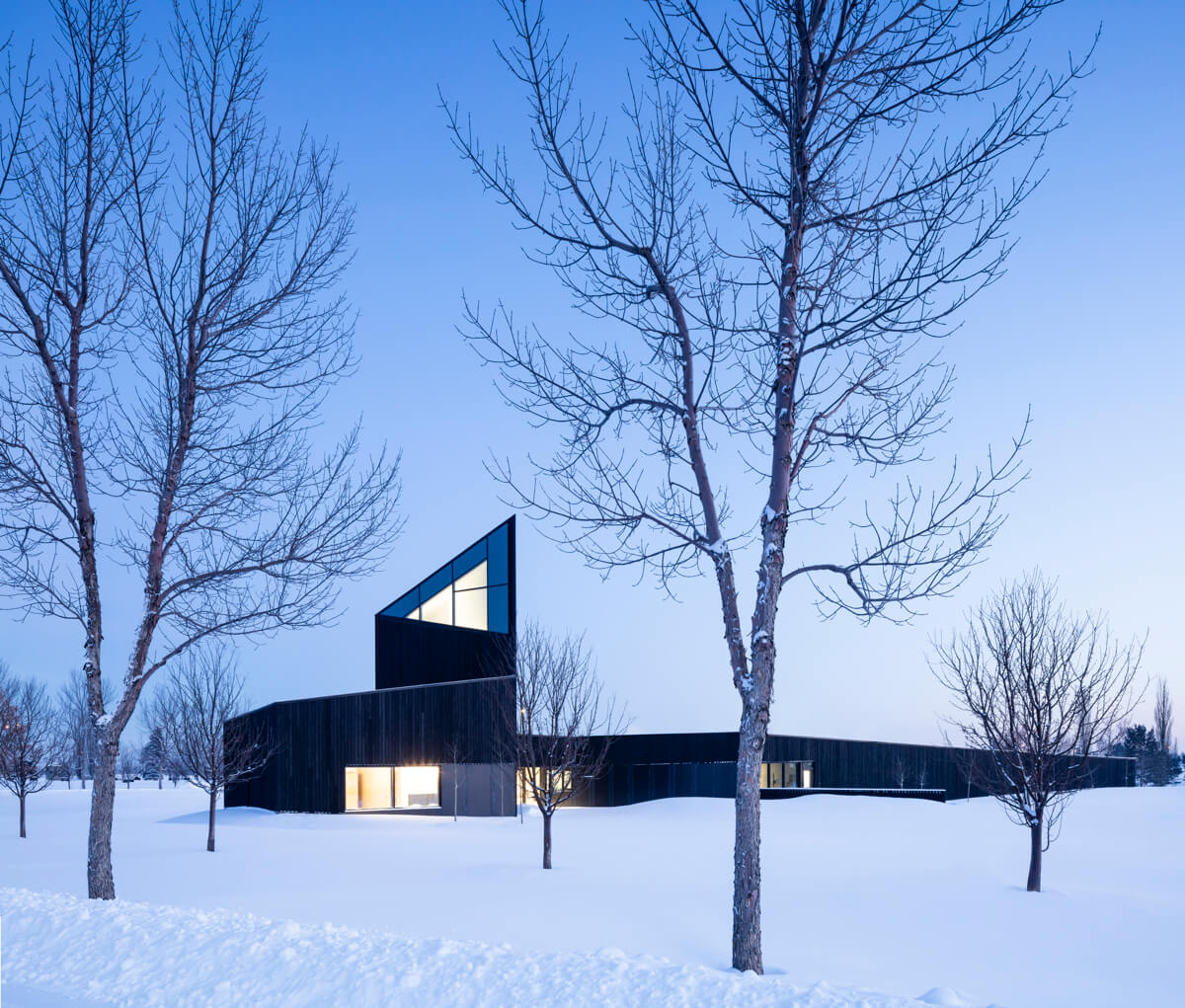 Smyth grew up in Red Deer, Alberta, so the project offered him a chance not only to channel his grief through design but also to work in his home province. “It was a once-in-a-lifetime opportunity,” he says. Unsurprisingly, then, the centre both complements and enhances its prairie locale. It is low and expansive like the landscape, and clad in dark engineered wood and hot-rolled steel that stand in stark juxtaposition with the surrounding grasslands or snow. The roofline appears to rise out of the ground and then slopes upward, culminating in a 13-metre-tall tower that’s visible for miles.

The 13-metre-tall tower, further illuminated by an angular clerestory window, rises out of the structure as a beacon for the new centre.

Out of respect for the bereaved, Smyth ensured that the administrative and custodial functions of the centre wouldn’t undermine the peaceful ambience. The public spaces sit at the north end beneath the tower, which channels light from a clerestory window into a large family room and hallway. The staff areas lie to the south, accessible through an inconspicuous doorway. Behind the offices, shop and garage is the field-services yard, 1.5 metres below grade and surrounded by an integrated fence that looks, from the outside, like an extension of the building. For Smyth, such discretion was key. “We modelled the entire 21-hectare cemetery,” he says. “We wanted to be confident that at no point on the site could you see inside the yard or spot the end of a backhoe peeking over the fence.” 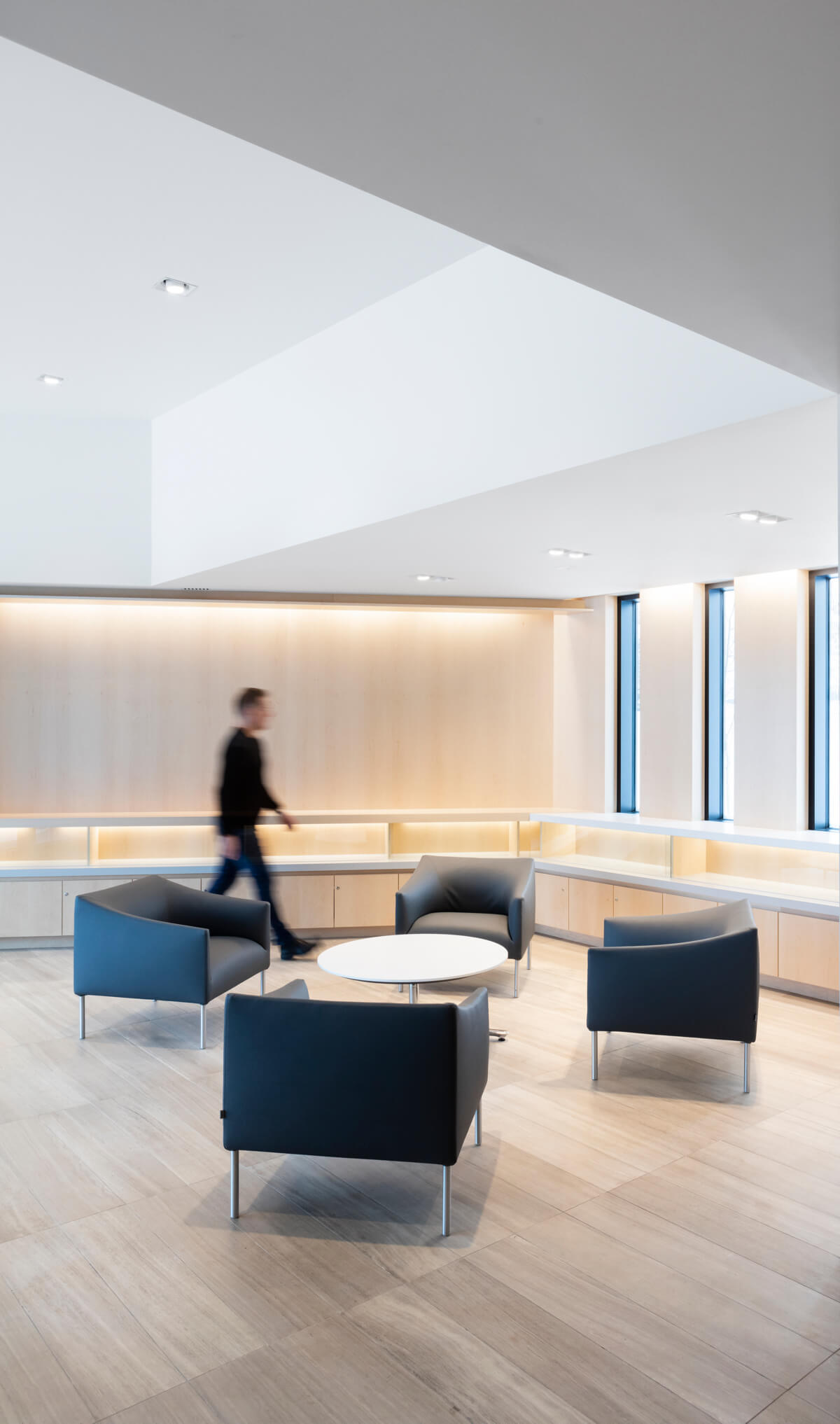 Another challenge for the architect was creating a sense of sacredness in the absence of religious imagery. “The cemetery is non-denominational,” Smyth explains, “so the symbolism had to speak to everyone.” The public section of the building includes west-facing windows that frame a courtyard and the horizon beyond. Silkscreened onto the glass is a white latticework by Calgary-based artists Brendan McGillicuddy and Jeffrey Riedl, which resembles an abstracted veil fluttering in the breeze. In the meeting rooms, elliptical pendant lights cast a spectral reflection onto the landscape. And the building itself, with its sunken interiors and looming tower, evokes a stone-capped grave. These flourishes suggest solemnity and transcendence in the most subtle of ways.

There’s one final symbolic element, which is deeply meaningful to the architect. The wall flanking the north end of the courtyard points toward downtown Edmonton. More specifically, it points to a modest bungalow where Smyth’s grandmother once lived. It’s a strikingly personal touch within an otherwise universal project — an intimate yet public monument to memory and grief overcome.

In Edmonton, Shape Architecture’s South Haven Centre for Remembrance is both a public and private monument.