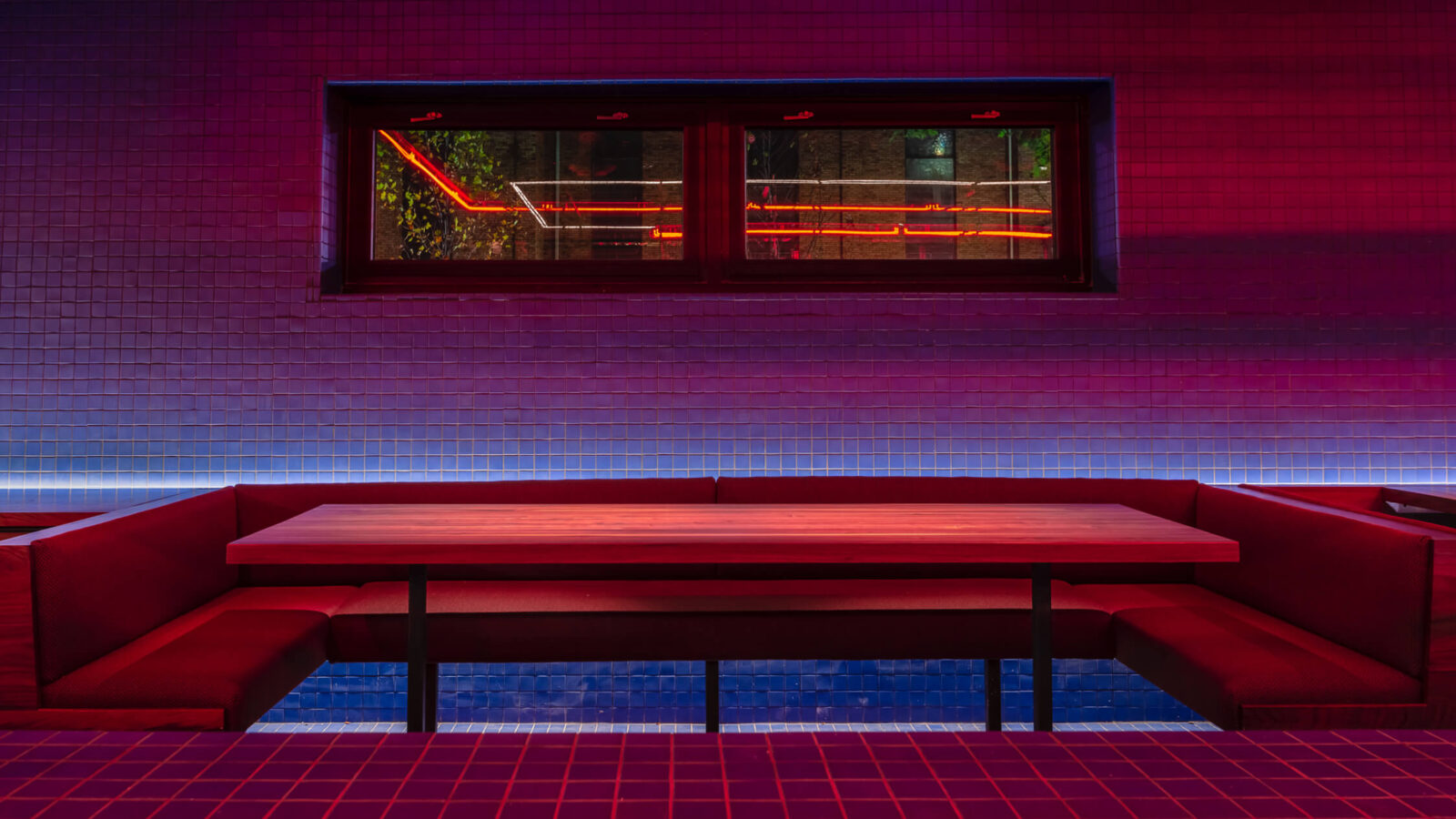 As far as adaptive re-use projects go, the restaurant Magnet is, at first glance, deceptively simple. From the outside, the one-storey cinder block building — a former radiator and air-conditioner repair shop that stood empty for years — still maintains a modest profile on Detroit’s storied Grand River Avenue, though it has been painted a dramatic midnight black. 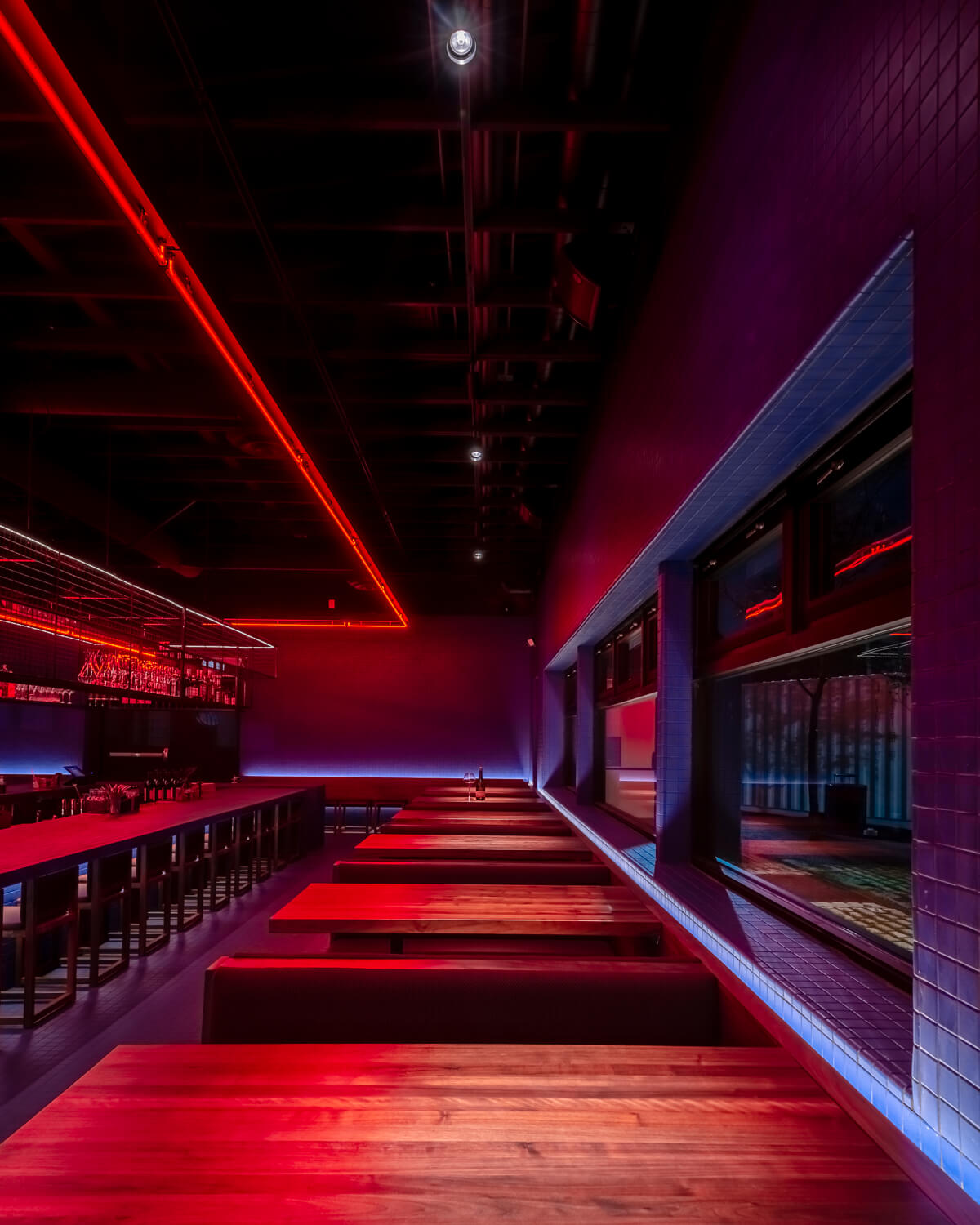 At Magnet, two-and a- half-centimetre red fluorescent-tube lighting follows the form of the room, referencing the heritage of neon signage used in post-industrial cities like Detroit.

That the building is nondescript was part of the appeal for Philip Kafka, founder of real estate development company Prince Concepts, who purchased it in 2014 while still living in New York City and “collecting garages at the time,” he says. “I like to do adaptive re-use projects on buildings with no perceived architectural significance; I find a lot of character in them.”

The complexity of this retrofit lies within its larger context. Magnet was developed by Kafka in tandem with an adjacent underused parking lot — now Core City Park, a tree-studded 743-square-metre public square outfitted with benches made from repurposed materials found on-site — and two other 1920s-era buildings. The intended and achieved aim was to revitalize the derelict block into an active, open and engaging neighbourhood destination. 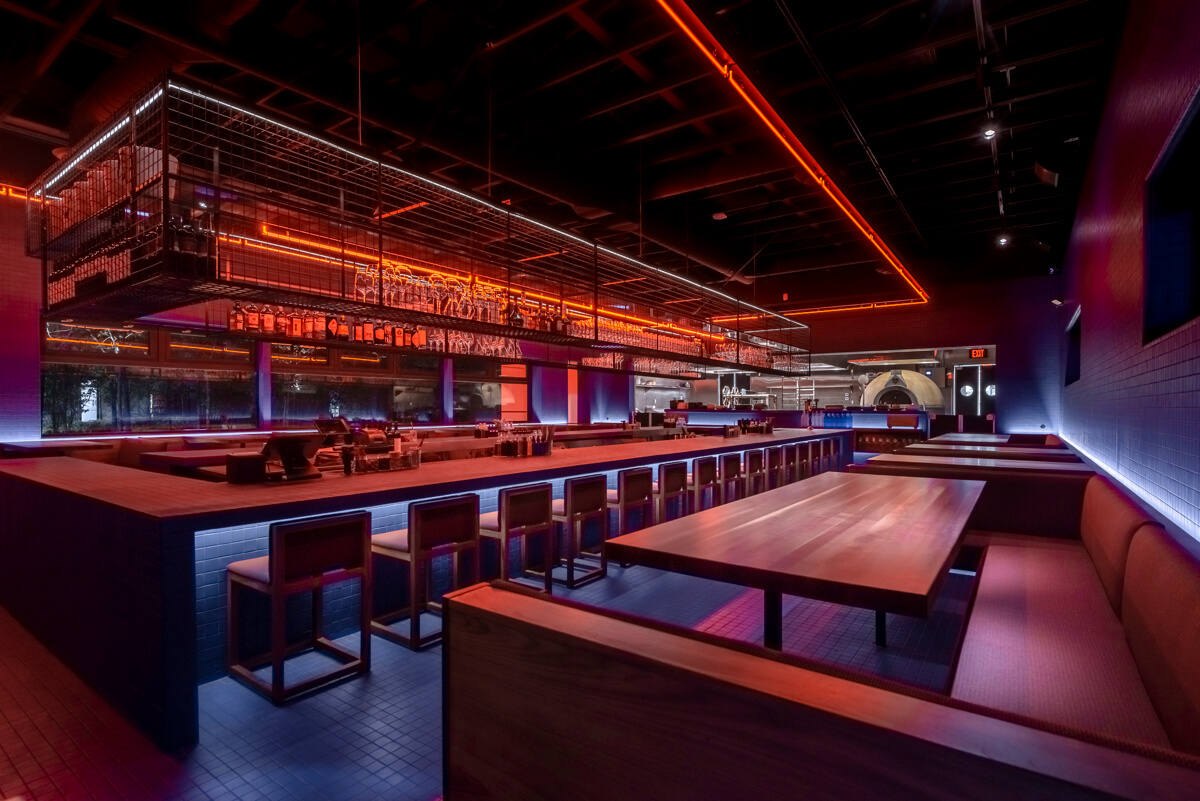 The floor of the central bar was lowered 30 centimetres to position guests and bartenders at the same level. A powdercoated steel cage over the bar serves as bottle storage and helps strengthen the visual connection across the entire restaurant.

For its part, Magnet was reimagined as a 255-squaremetre “bar-centric” restaurant that emphasizes inclusion through its considered design — namely, the dropping of the central bar’s work zone 30 centimetres into the ground. The arrangement “democratizes the space,” according to Ishtiaq Rafiuddin, lead designer and founder of the studio Undecorated, by placing staff and all patrons at the same eye level. “Typically, there is a disconnect between the energies of people at the bar and those in the dining area,” he says. Here, the bar is part of the main space: Guests sit around it in custom 46-centimetre-high stools, putting them on the same visual plane as those in the surrounding booths. 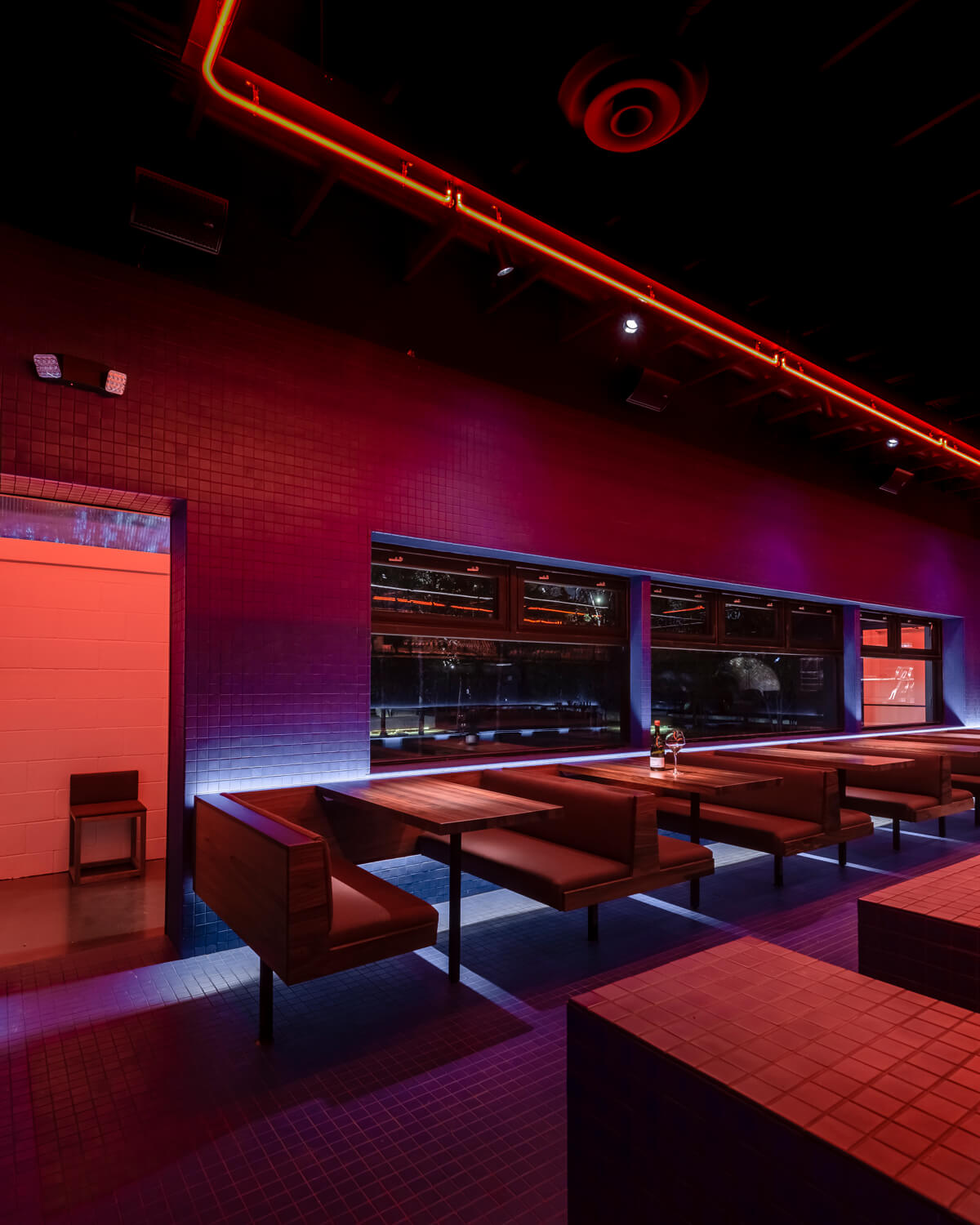 In a nod to the restaurant’s Mediterranean menu, five-centimetre square nautical blue ceramic tiles cover almost every surface. The dark finish is less reflective than a lighter colour would be, giving Magnet a moody ambiance. Enhancing the vibe, red fluorescent tube lighting frames the room overhead. Left unfrosted, its glass revealsthe movements of the gas inside — “like a science experiment,” says Rafiuddin. 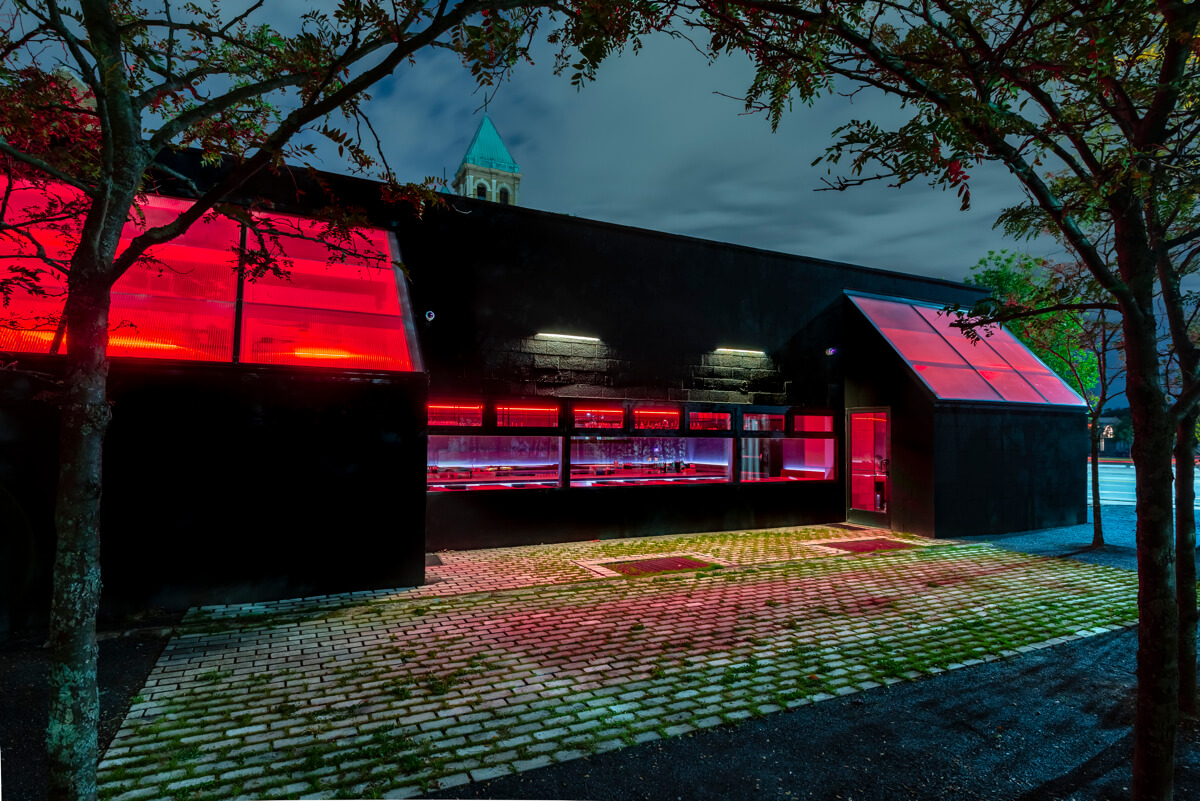 Large windows connect the interior to the adjacent Core City Park. The new bathrooms were built into two additions of five and a half square metres each, which are also accessible to those using the park.

While the name “Magnet” is a holdover from the original establishment, it’s also an embodiment of what Kafka and Rafiuddin wanted the restaurant to be: an engaging space were people can connect on literally the same level.