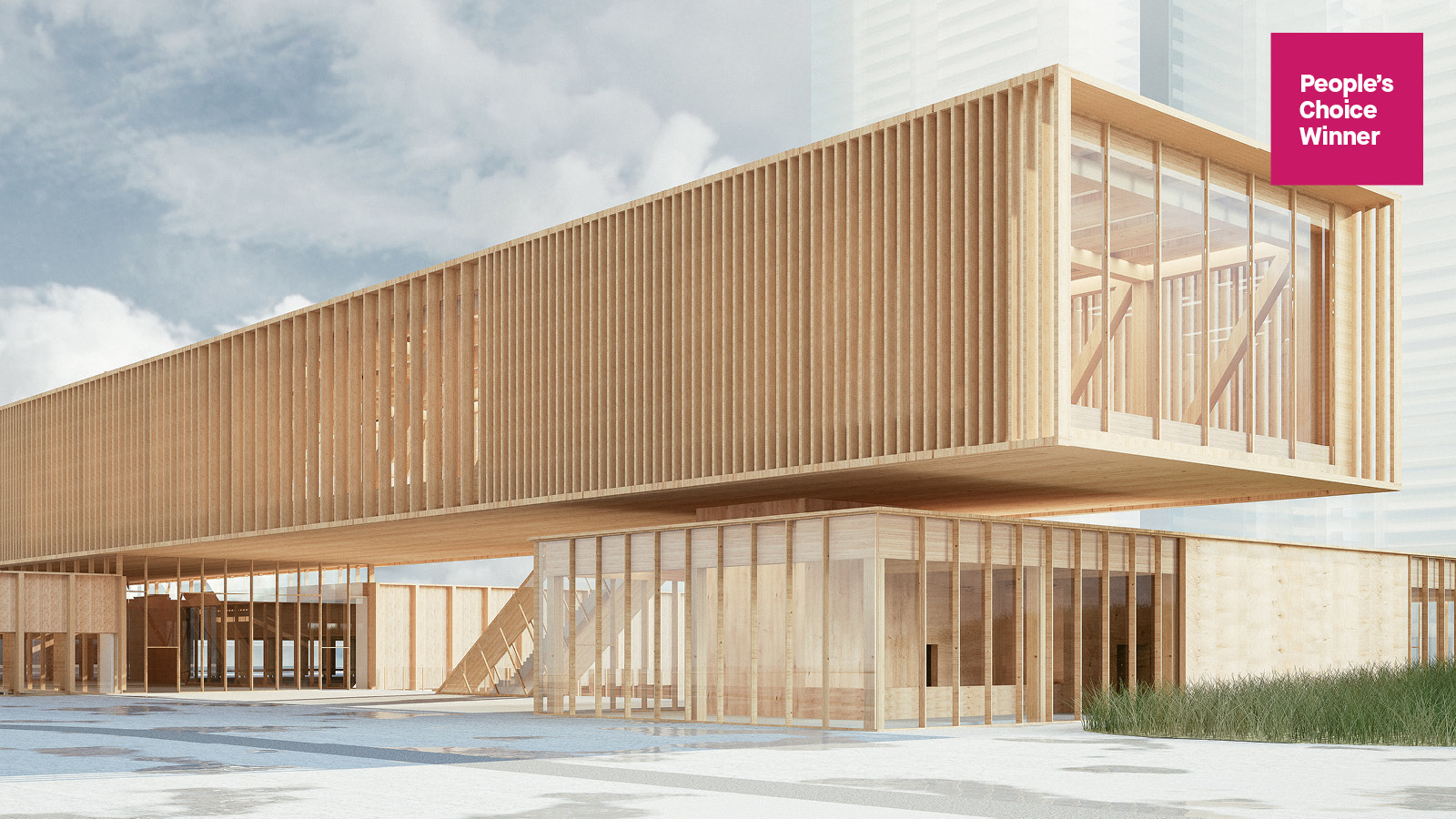 The kids are alright, as this trio of projects by students from universities in Toronto, North Carolina and Iran demonstrate.

A high-performance material for a high performance building, mass timber imbues this Toronto community centre and athletics facility with both substance and style. Comprising a bridge spanning two podiums, the building would lie recumbent — like a felled log in a forest — amid the towers of the Golden Mile commercial and residential district. The 110-metre-long upper volume is envisioned to contain a yoga studio, weight rooms and cardio gyms, with the lower volumes housing a café, community meeting rooms and two pools (one for leisure, the other for competitive swimmers), each beneath a ceiling of exposed joists. Completing the holistic concept, the nearby courtyard boasts a splash pad that could double as a skating rink in winter.

Iceland’s KEF International Airport is imagined as an architectural rendering of a fjord — a stream with angular cliffs on either side. Embedded into the landscape, the central building (the “stream,” if you will) takes its inspiration from the traditional Icelandic turf house. This wending, low-slung volume, made of concrete and steel and capped with a green roof, is flanked by two concourses (the “cliffs”) modelled on Nordic fish-drying racks. Beneath their dramatic A-frame roof structures, the suspended mezzanines hover above the arrival and departure zones, allowing travellers to witness landings and takeoffs. Truly unique: the program of museums, libraries, rock-climbing gyms and aurora borealis viewing stations that transform this airport of the future from a travel node into a vibrant place to linger.

Merging ancient Middle Eastern building methods with modern technology, the Kooshk Research Pavilion began with 163 metric tonnes of sandbags arranged in a series of mounds. Workers then layered concrete on top of this undulating topography. When the sandbags were finally removed, what remained was a suite of nine interconnected domes, each between two and five metres high. The undersides of the freeform-cast domes have been adorned with earth-toned triangular bricks, while the exteriors were left rough and rugged. The pavilion is ideal for relaxation and contemplation. But it is also a kind of prototype, meant to revive traditional architecture.

The kids are alright, as this trio of projects by students from universities in Toronto, North Carolina and Iran demonstrate.