We are excited to introduce the jurors for the AZ Awards 2020, the 10th edition of an international competition celebrating excellence in architecture and design.

For the 10th annual AZ Awards, we’ve gathered together another stellar jury: Luca Nichetto, Stephanie Davidson, Omar Gandhi, Mia Lehrer and Marion Weiss. These five world-renowned practitioners exemplify the competition’s focus awarding the best in every major discipline, from architecture and landscape architecture to interiors, product design and concepts. The jury will meet in Toronto in March to evaluate the entries to the AZ Awards 2020, the winners of which will be announced in June.

To submit to the AZ Awards 2020, go to awards.azuremagazine.com. The deadline is Tuesday, February 18, 2020 (early bird deadline is January 31). 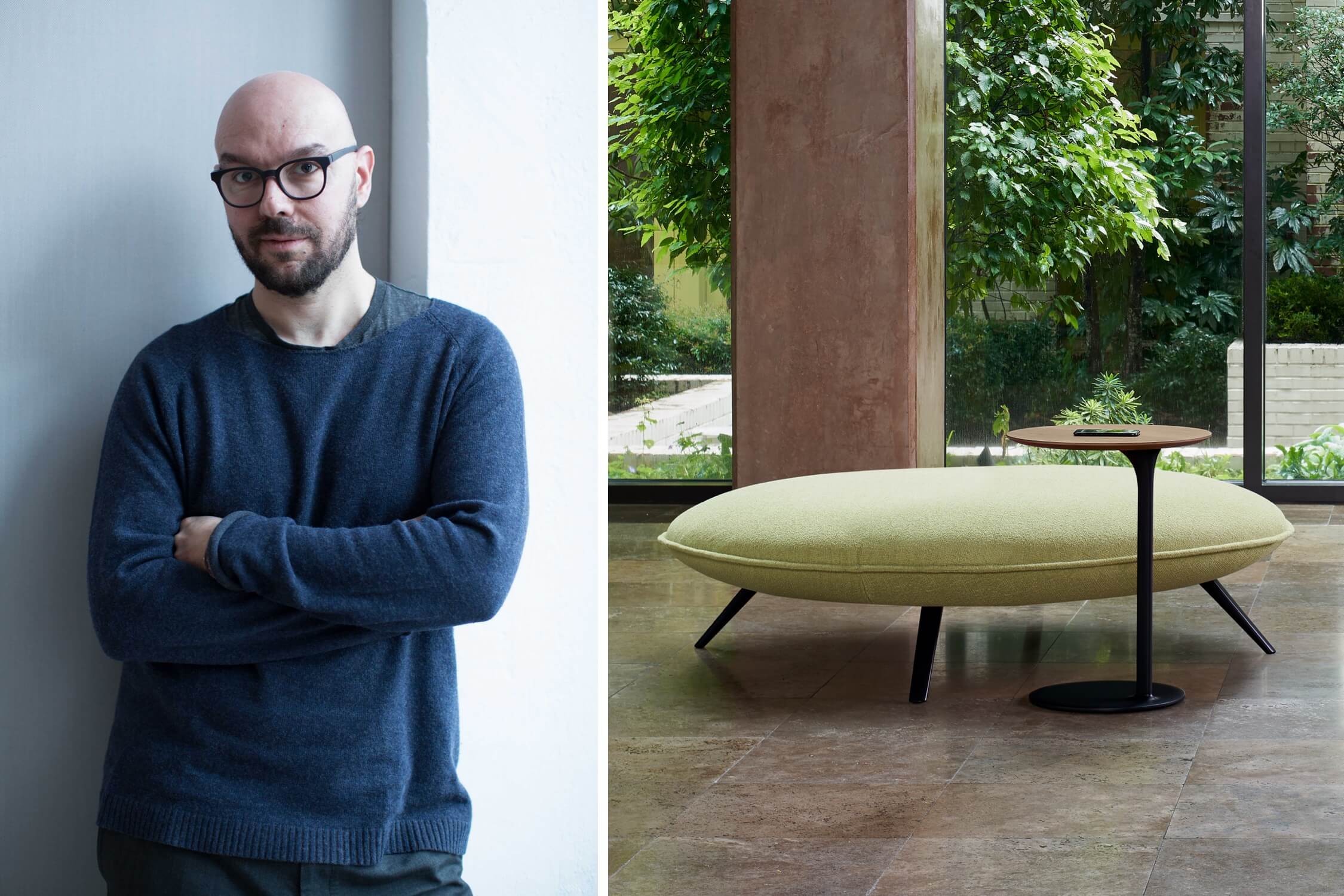 Luca Nichetto and his new collection for Bernhardt Design

The prolific furniture and product designer Luca Nichetto graduated from the Università Iuav di Venezia in 1998 and began his career in industrial design the very next year. He started out at the Murano-based glass maker Salviati, and then worked as a product designer and consultant for lighting company Foscarini. In 2006, he founded his eponymous practice in Venice; and five years later he moved to Stockholm, Sweden, to open a second studio.

Over the course of his career, Nichetto has served as art director for many international design brands and has developed products with a broad range of the world’s most design-forward manufacturers, including De La Espada, Moooi, Offecct, Parachilna and Bernhardt Design. Nichetto’s work has been exhibited worldwide and has been the subject of retrospectives in cities such as Venice, London, Paris and Stockholm. He has been awarded numerous international design awards for his highly researched, innovative design projects, which range across products, furniture and accessories, as well as incorporating architecture and exhibition design.

Nichetto has also lectured and led workshops at various universities, including serving as a professor of design at the Università Iuav di Venezia and sitting on juries for assorted international design competitions. 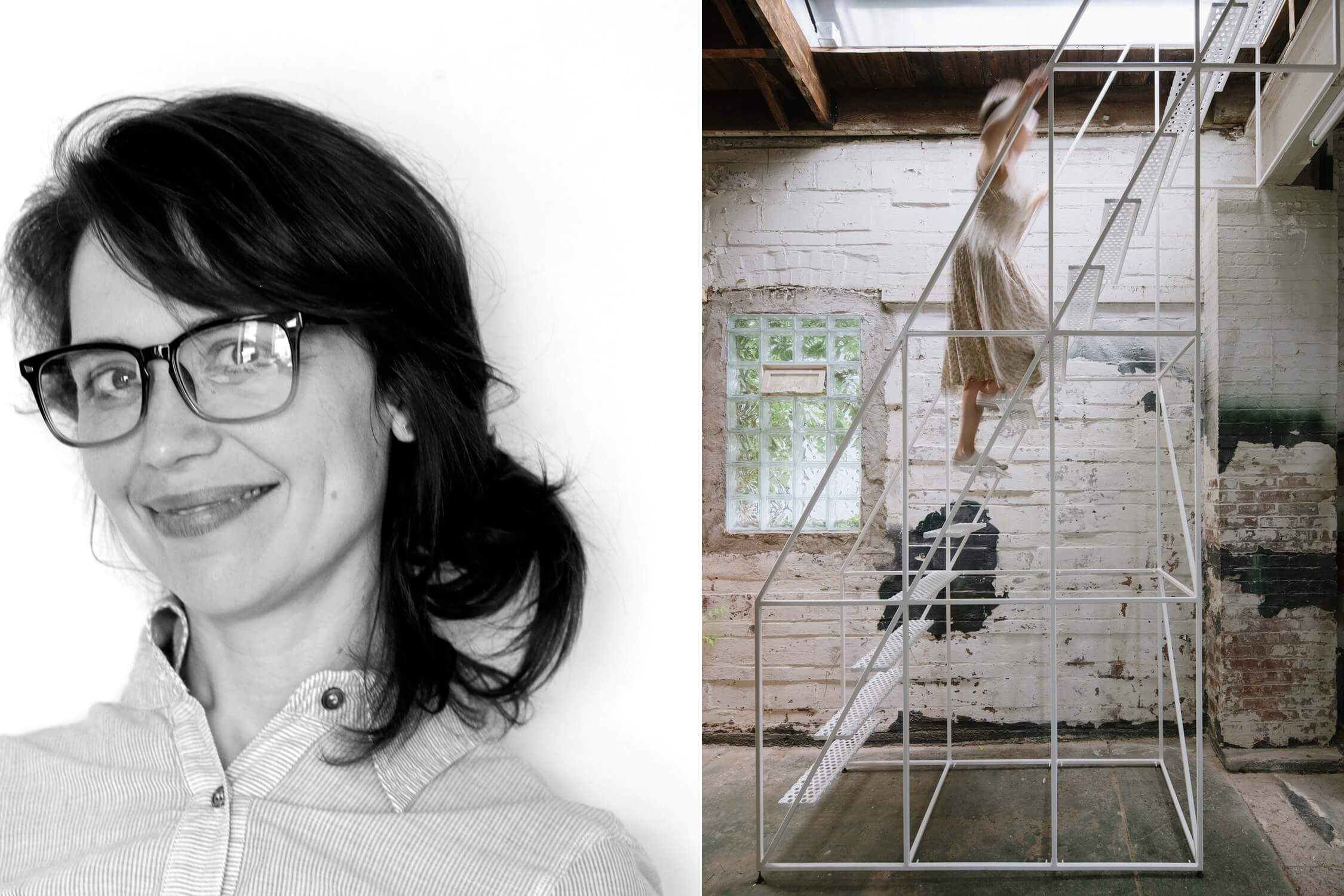 Since 2008, Stephanie Davidson has collaborated with Georg Rafailidis as the experimental design practice Davidson Rafailidis. The duo was recognized with the Emerging Voices award from the Architectural League of New York in 2018. Its projects have earned accolades from both international design magazines and awards programs. Its adaptive re-use project “Big Space, Little Space” was a winner in the Residential Architecture, Single-Family category in the 2018 AZ Awards and was named one of the best 10 residential projects of 2018 by Azure magazine.

Stephanie Davidson, who grew up in rural Ontario, earned a degree in fine arts from Mount Allison University in Sackville, New Brunswick, then studied architecture at the Architectural Association in London and Dalhousie University in Halifax, where she earned her Master of Architecture in 2005. Upon completing her studies, Davidson received the Power Corporation of Canada award from the Canadian Centre for Architecture and worked for German offices Sauerbruch Hutton and Gonzalez Haase as well as Montreal’s Provencher Roy prior to establishing Davidson Rafailidis.

The co-author of Processes of Creating Space: An Architectural Design Workbook (Routledge, 2017), Davidson has taught at the RWTH Aachen University in Germany, the State University of New York at Buffalo, Daniels School of Architecture at the University of Toronto and at the Peter Behrens School of Art in Duesseldorf Germany as a 2018-19 International Guest Professor. Currently, she is an assistant professor at Ryerson School of Interior Design (RSID) in Toronto. 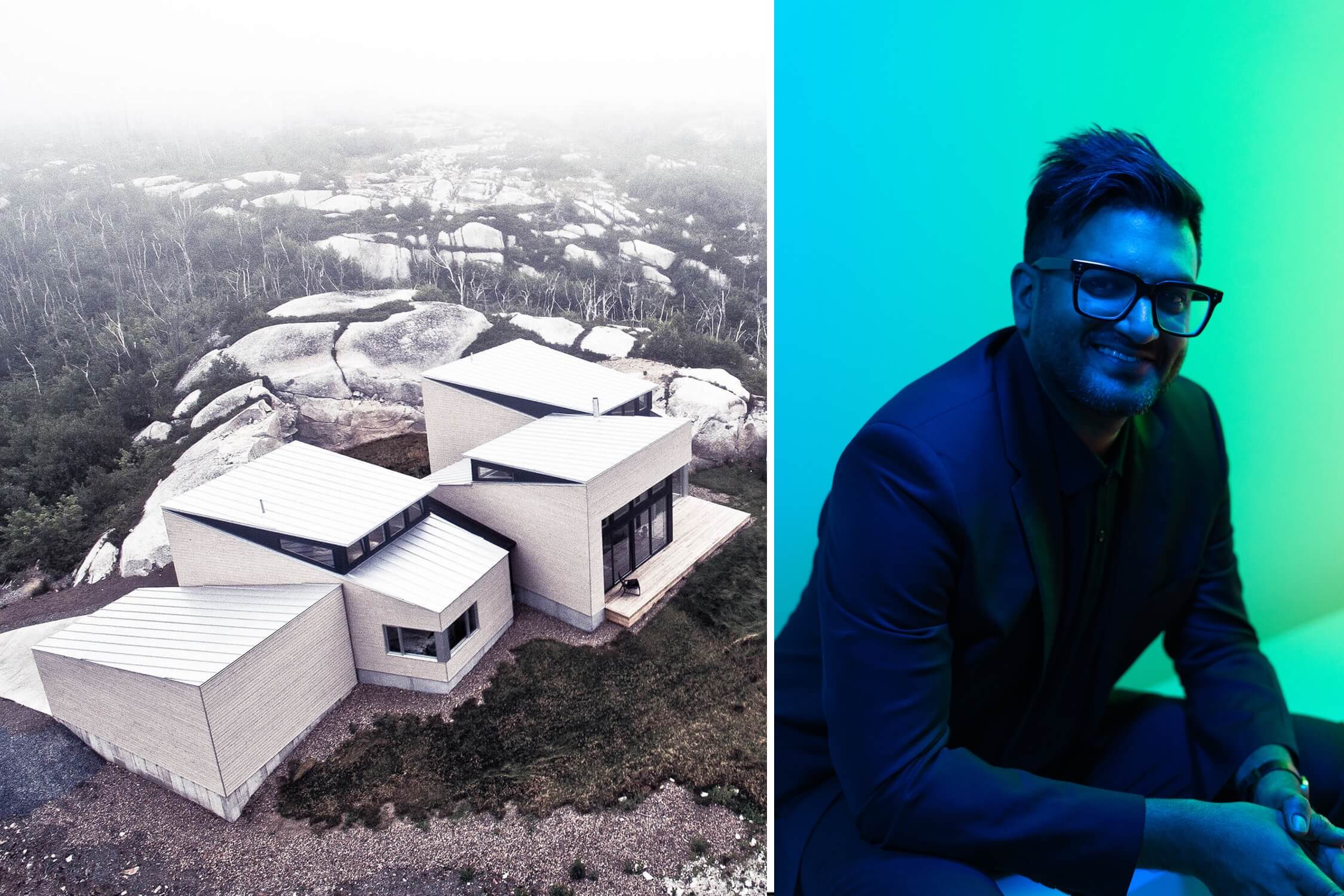 Omar Gandhi and his Float house in Halifax, Nova Scotia

Omar Gandhi is the principal of Omar Gandhi Architect, a groundbreaking architectural practice founded in 2010 with small teams in both Halifax and Toronto. The work of its two studios – OG Halifax and OGTO – have garnered much national and international attention in the young practice’s short history.

Its projects include a number of stunning houses on the East Coast, including Rabbit Snare Gorge, a gabled residence stretched dramatically to maximize views across its Maritimes setting; and the fortress-like Treow Brycg house on Nova Scotia’s stormy South Shore. The firm has also completed commercial and hospitality projects, such as the Lady Marmalade restaurant in Toronto, a long, light-filled plywood box with a glass-balustraded mezzanine.

Amongst the awards the studio has garnered are the Canada Council for the Arts Professional Prix de Rome and a Governor General’s Medal in Architecture for Rabbit Snare Gorge. Gandhi was named one of Monocle magazine’s “Most Influential Canadians,” and was chosen as one of the Architectural League of New York’s Emerging Voices of 2016. He has also taught at the Yale School of Architecture as the Louis I. Kahn visiting Assistant Professor in Architectural Design. 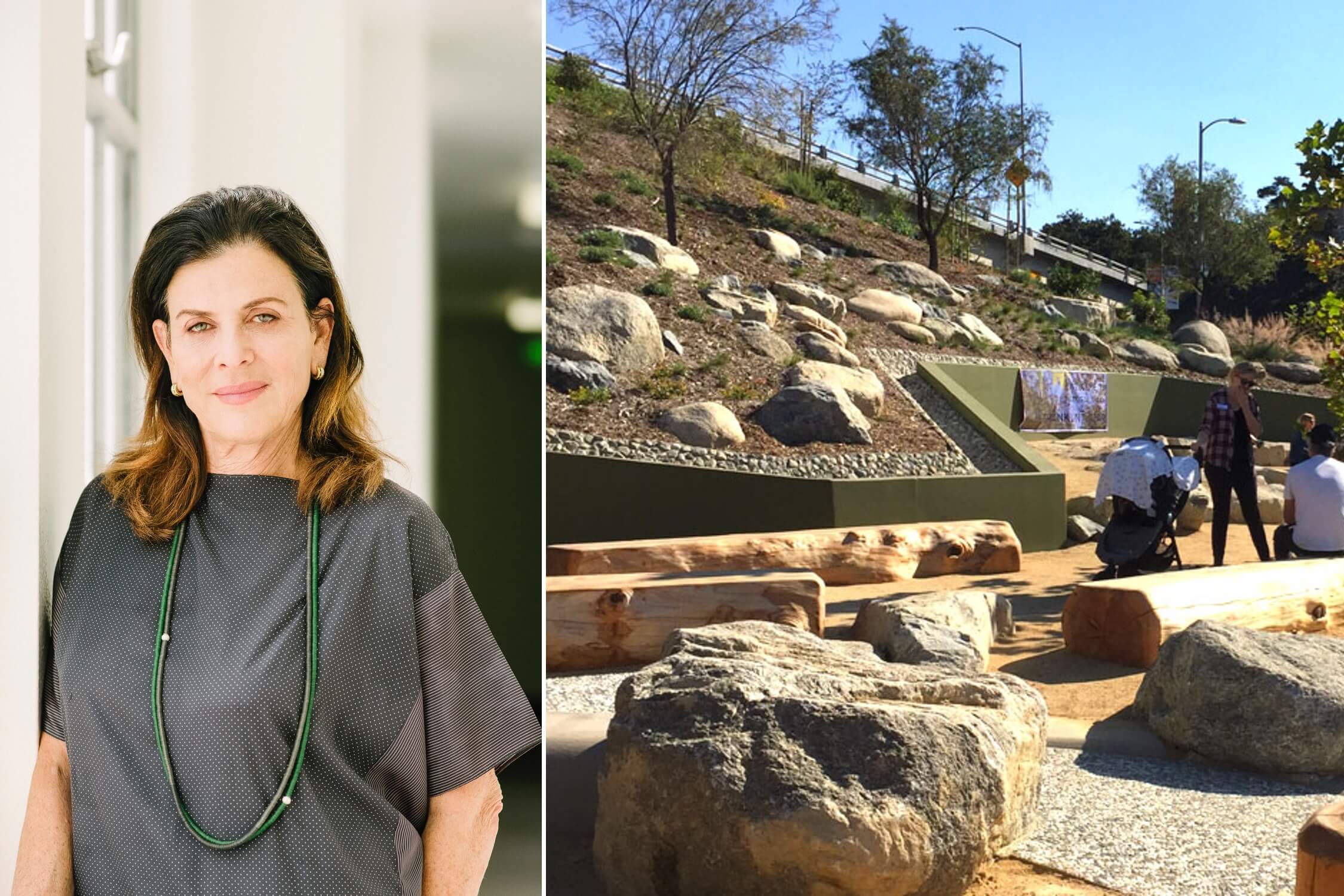 Mia Lehrer, the founder of Los Angeles firm Studio-MLA, is internationally recognized for her progressive landscape design, advocacy for sustainable and people-friendly public places, and catalyzing work for a climate-appropriate future. Studio-MLA’s vision is to improve quality of life through landscape. Lehrer has led the design and implementation of ambitious public and private projects, including the Hollywood Park Racetrack redevelopment and its L.A. NFL Stadium, the L.A. County Natural History Museum Gardens, Vista Hermosa Natural Park, and many Los Angeles River-related projects. 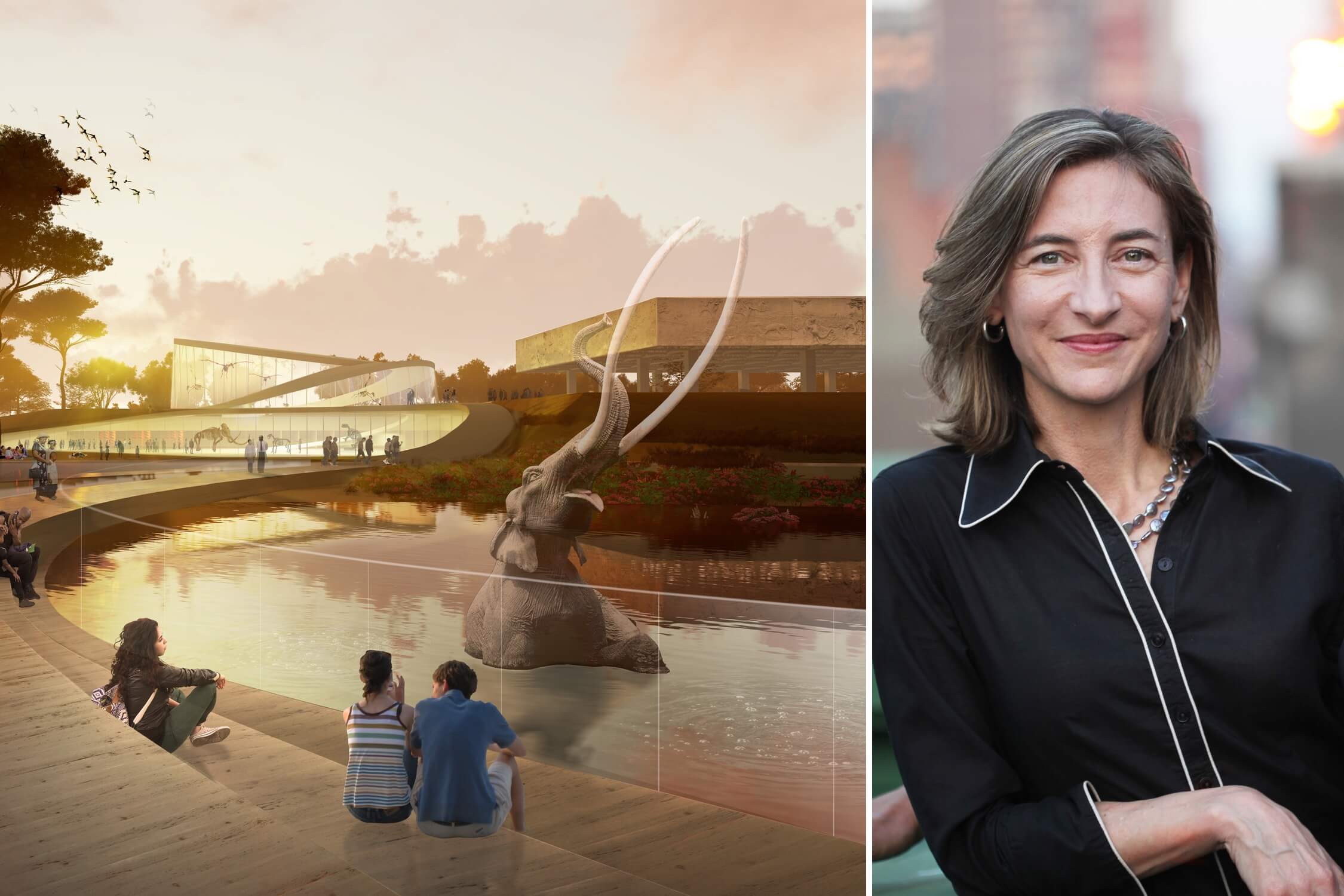 Marion Weiss is a co-founder of Weiss/Manfredi Architecture/ Landscape/Urbanism, a multidisciplinary design practice based in New York renowned for its dynamic integration of architecture, art, infrastructure and landscape. The firm has been honoured with the Academy Award for Architecture from the American Academy of Arts and Letters, the AIA New York Gold Medal, and the Architectural League of New York’s Emerging Voices Award.

Weiss/Manfredi’s notable award-winning landscape designs include the Seattle Art Museum’s Olympic Sculpture Park, Hunter’s Point South Waterfront Park on the East River in Queens, and the new Sylvan Theater at the Monument Grounds in Washington D.C.. The firm is currently at work on a research and development hub for Cornell Tech’s new campus on Roosevelt Island in New York and the Schwartz Reisman Innovation Centre at the University of Toronto. Recently, the firm was selected to redesign the La Brea Tar Pits in Los Angeles.

Weiss has taught design studios focused on the synthetic potential of infrastructural, social and ecological challenges at Harvard University, Cornell University, and Yale University (where she earned her Master of Architecture degree). She is a fellow of the American Institute of Architects and a National Academy inductee. She also teaches as the Graham Chair Professor of Architecture at the University of Pennsylvania’s School of Design.

The AZ Awards 2020 is presented by JennAir, Keilhauer and Landscape Forms and sponsored by Cosentino.

We are excited to introduce the jurors for the AZ Awards 2020, the 10th edition of an international competition celebrating excellence in architecture and design.