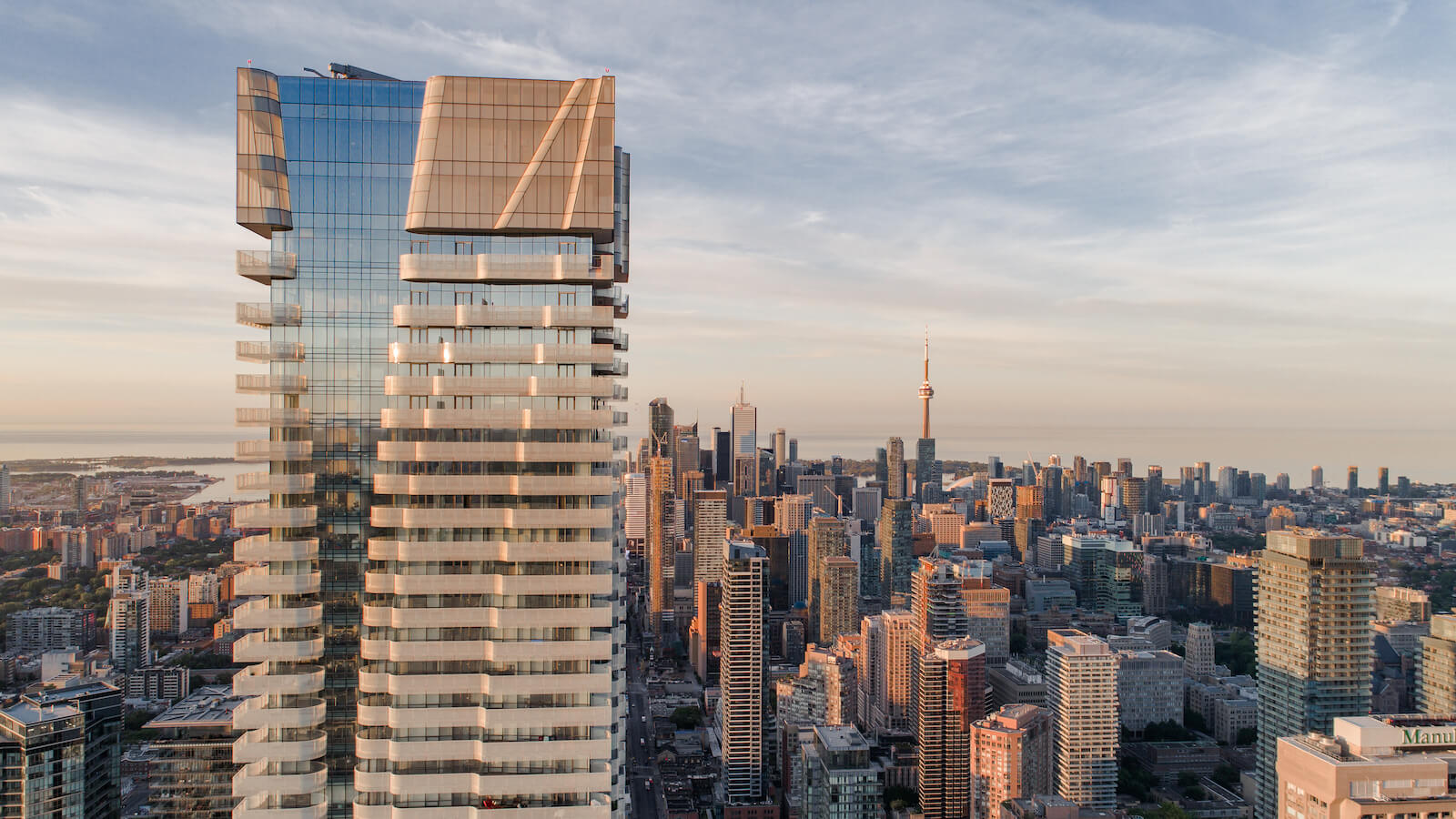 From Toronto to Palm Beach, the developer’s sophisticated projects offer the best in residential luxury.

It’s an urban beacon. One Bloor East rises above the heart of Toronto, its graceful 76-storey form asserting a prominent height peak at the corner of Yonge and Bloor. For developer Great Gulf, the marquee project epitomizes the thoughtful approach to development and placemaking that defines its growing Canadian and international portfolio.

Designed by Toronto’s celebrated Hariri Pontarini Architects, One Bloor East is among the most iconic high-rises to emerge during the city’s ongoing 21st-century development boom. The tower’s undulating curved glass balconies draw the eye up to its elegant crown, while its street level is animated by a vibrant retail program and Ron Arad’s striking Safe Hands art installation.

Already a vital part of downtown’s urban fabric, the tower is fully complete with the exception of two magnificent penthouses waiting for an owner to call them home. Perched above the city, these luxurious homes offer a vantage point (and an address) like no other. From a tangle of downtown skyscrapers to the lush urban canopy, the unsurpassed panorama is complemented by generously proportioned balconies: each of the two remaining two-storey suites boast multiple spectacular outdoor spaces.

As Great Gulf’s projects – which also include the Moshe Safdie-designed Monde on the waterfront – continue to drive Toronto’s urban and architectural evolution, the pioneering developer has been expanding throughout North America, with upcoming projects in Calgary, Washington, D.C., and Palm Beach. Combining contextual sensitivity with a commitment to architectural excellence, the developer’s communities aim to complement and enhance their milieus.

In Florida, the luxurious La Clara Palm Beach promises to be an understated icon. Now under construction, the intimately scaled tower is another Hariri Pontarini design – one that, as with One Bloor East, stands apart with its flowing curves and expansive private terraces that open up to luminous views of the water. Clad in glass and white stucco, the tower meets the ground with a podium finished in Roman travertine, coral stone and granite with bronze accents.

While the 25-storey tower introduces a substantial 83 residences – comfortably sized spaces that range from 1,500 to over 3,000 square feet – the massing is deftly contoured to maximize privacy and views, lending the building a soft, airy presence. The one- to three-bedroom homes, which all feature private entrances, showcase refined interior finishes that reflect the coastal landscape.

In each suite, Hariri Pontarini’s adroit integration of outdoor terraces and floor-to-ceiling windows also fosters a seamless connection to the outdoors, bringing the comforts of a private home to an amenity-rich tower while encouraging residents to make the most of Palm Beach living.

“We started with the idea of creating an unfolding horizon to create a place of reflection,” says architect Siamak Hariri. “It was to be secluded and refined – yet warm and welcoming.” The result is sophisticated simplicity. It’s signature Great Gulf.

This content was published by Azure on behalf of Great Gulf.

From Toronto to Palm Beach, the developer’s sophisticated projects offer the best in residential luxury.