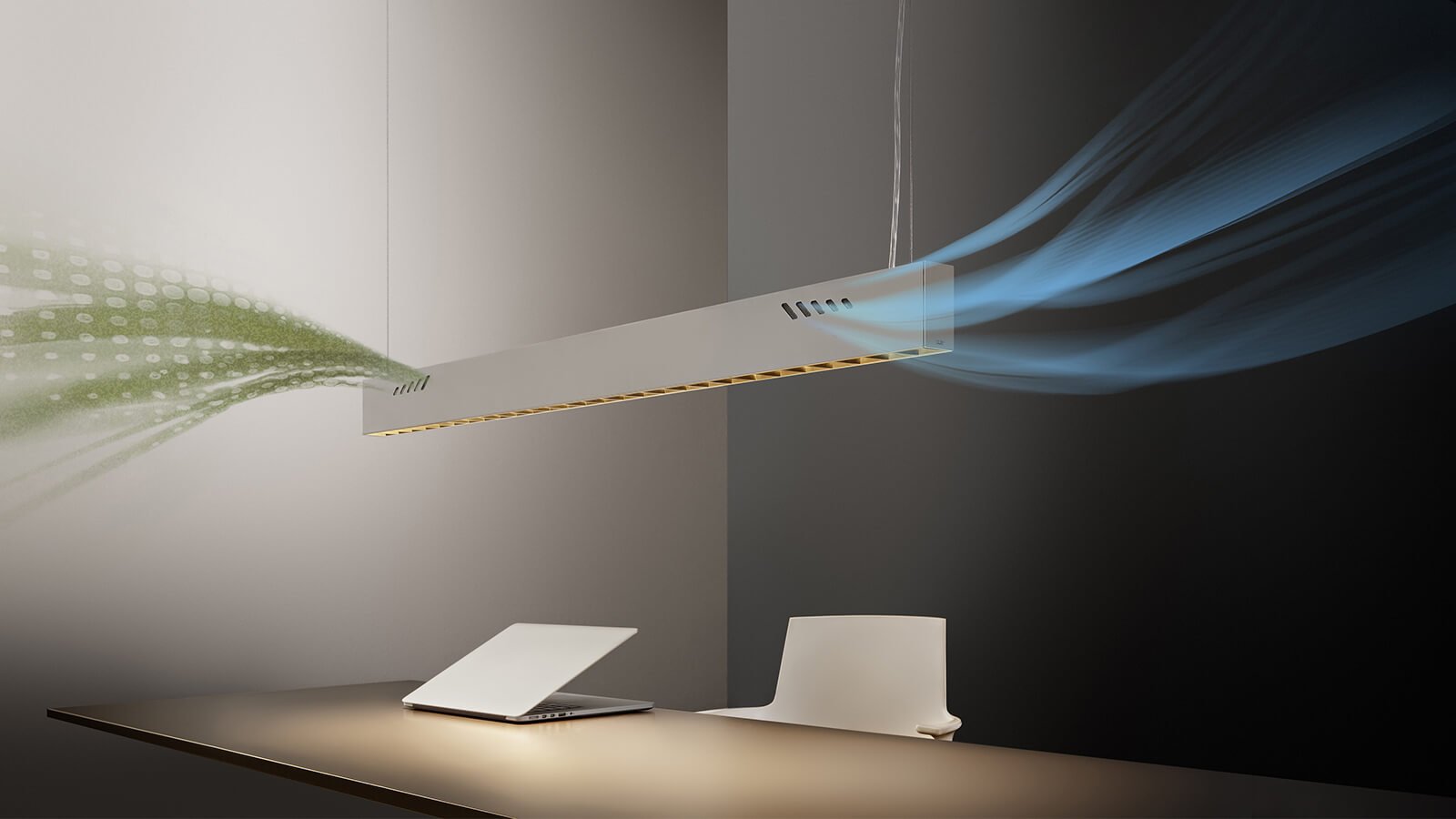 Is Ultraviolet Light the Future of Disinfecting Interiors?

How do we fight something we can’t see? Since the onset of COVID-19, invisible airborne viruses and bacteria have been at the forefront of everyone’s minds. As a result, increased sanitation and disinfection protocols have been implemented across the board. One strategy that’s garnering a lot of renewed attention? UV light.

For more than 100 years, engineers and designers have been harnessing the power of ultraviolet radiation to kill of pathogens. And though it’s a surprisingly old idea (first discovered by Johann Wilhelm Ritter in 1801, well before antibiotics), UV is now gaining real traction as yet another line of defence.

“Ultraviolet radiation degrades and decomposes DNA, which is very effective in dealing with bacteria, and makes RNA inactive, which is very effective against viruses like COVID-19,” says Rafael Correa, senior associate at the Toronto office of consulting engineering firm Smith + Andersen. “UV is divided into three bands: UVA and UVB, which are more harmful for humans, and UVC, what we call germicidal UV or GUV, a disinfection method that uses this wavelength.” In nature, UVC is blocked by ozone.

For the purposes of sanitization, the applications and uses of germicidal UV need to be carefully considered. “It’s not something you can just implement in a building, leave on and forget about,” says Correa. “It can be very harmful, especially at close distances. You need to have safety protocols and staff training, and to avoid direct contact with human eyes and skin.”

The teams at Smith + Andersen adopt a pragmatic approach when integrating the technology into their schemes. “You have to weigh the pros and cons as it relates to the application, talk to the client and figure out what they are trying to achieve,” says principal Simon Aspinwall. “The use of UV is most applicable in healthcare settings due to the many hospital-borne infections that don’t generally occur elsewhere in society; its use is selective and applied in a combination of permanent (such as patient washrooms) and portable systems to treat a variety of room types.” 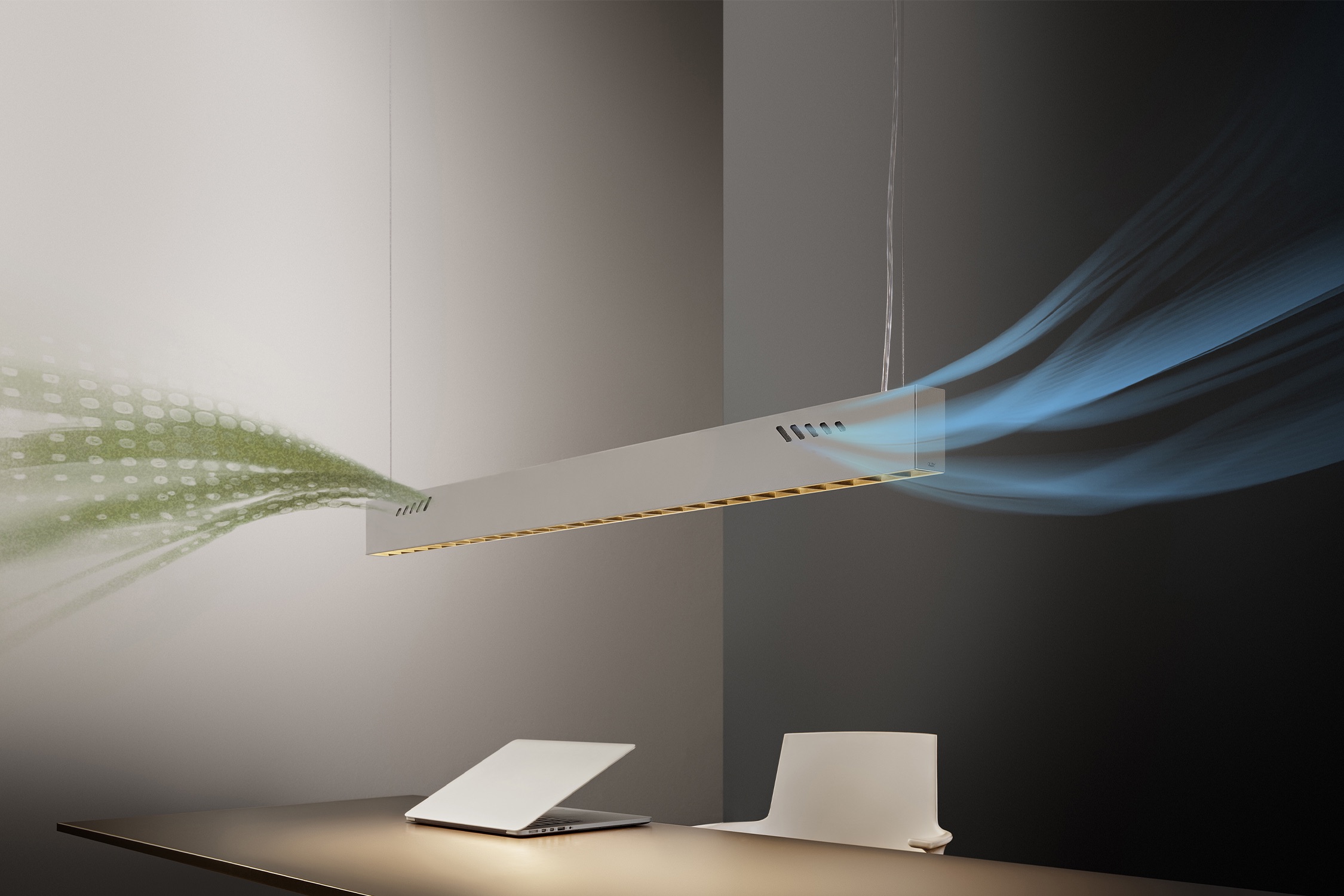 An integrated and concealed UVC light source in the body of OLEV’s new Pure BioAir fixture shields users from the harmful effects of UV rays. Air filtered through the unit achieves 79 per cent germicidal efficiency, cleaning a roughly 10-square-metre space over an eight-hour period.

Generally speaking, the science behind the use of UV is sound, and it’s proven to be nearly 100 per cent effective in a controlled setting. “It’s about intensity and duration,” says Aspinwall. “If you have a UV light overtop a petri dish in a lab, it will kill the organisms within it. It’s effective from that perspective, but it’s the application that’s the challenge. The problem with UV is that it only kills what you can see. It’s a direct line of sight.” Design, therefore, is key.

“Once you start to add real-life situations, such as partitions that create shadows, the designer needs to account for that,” says Correa. “We almost need to have the furniture plan in the beginning stages, so the lighting can be effective to disinfect the entire area.” Because the systems could indeed degrade other materials such as plastics, intensity and duration are consequently often limited. At lower levels, it could take six to 24 hours to completely disinfect a space; at a higher level, that time goes down dramatically.

There are three main areas in which UV applications can be used effectively, the first being HVAC and other mechanical systems. These safe, enclosed systems kill mould on coils, and can help to disinfect the air if the strength of the light is increased. “It’s about the quantity of lamps, their intensity and the exposure time,” says Aspinwall.

“It might take multiple passes to disinfect the air, depending on the design of the system and what you are disinfecting.” A second use is upper-room UV systems that point to the ceiling and are left running. “These systems are used and have been studied in countries where airborne diseases are more prevalent,” says Aspinwall. The last application is what is known as disinfection UV, used in unoccupied spaces. These can be portable systems that are wheeled into a room and left on for five to 10 minutes to irradiate surfaces.

Another factor to consider is the cost — of the energy to run the units, cleaning and maintenance, bulb replacement every one to two years. The lamps also aren’t suitable stand-ins for standard cleaning protocols and should be seen as supplementation. In other words, GUV systems are highly effective and quickly gaining appeal, but are very much case specific. And while not everyone is jumping on the UV train right away, says Aspinwall, more clients are asking questions about it.