In Architecture: Adaptive Re-use, this stunning building in Qinglongwu, China, by Atelier tao+c exemplifies how to combine functions – and eras.

Integrating such duelling typologies as a hotel and a library would be a tall order under any circumstances: One combines social spaces with intimate quarters, while the other entails quietude practically throughout. To try to pull off such an unlikely balancing act in an existing building on a compact site in rural China? That could only be described as daunting. Such a challenge, however, is exactly what Atelier tao+c has met in Qinglongwu, a village in mountainous Tonglu County. The firm, which is based in Shanghai, hasn’t just fulfilled its dual mandates superbly, repurposing a majestic old house in the process; the result — Qinglongwu’s aptly named Capsule Hotel in a Rural Library — is nothing short of magical. 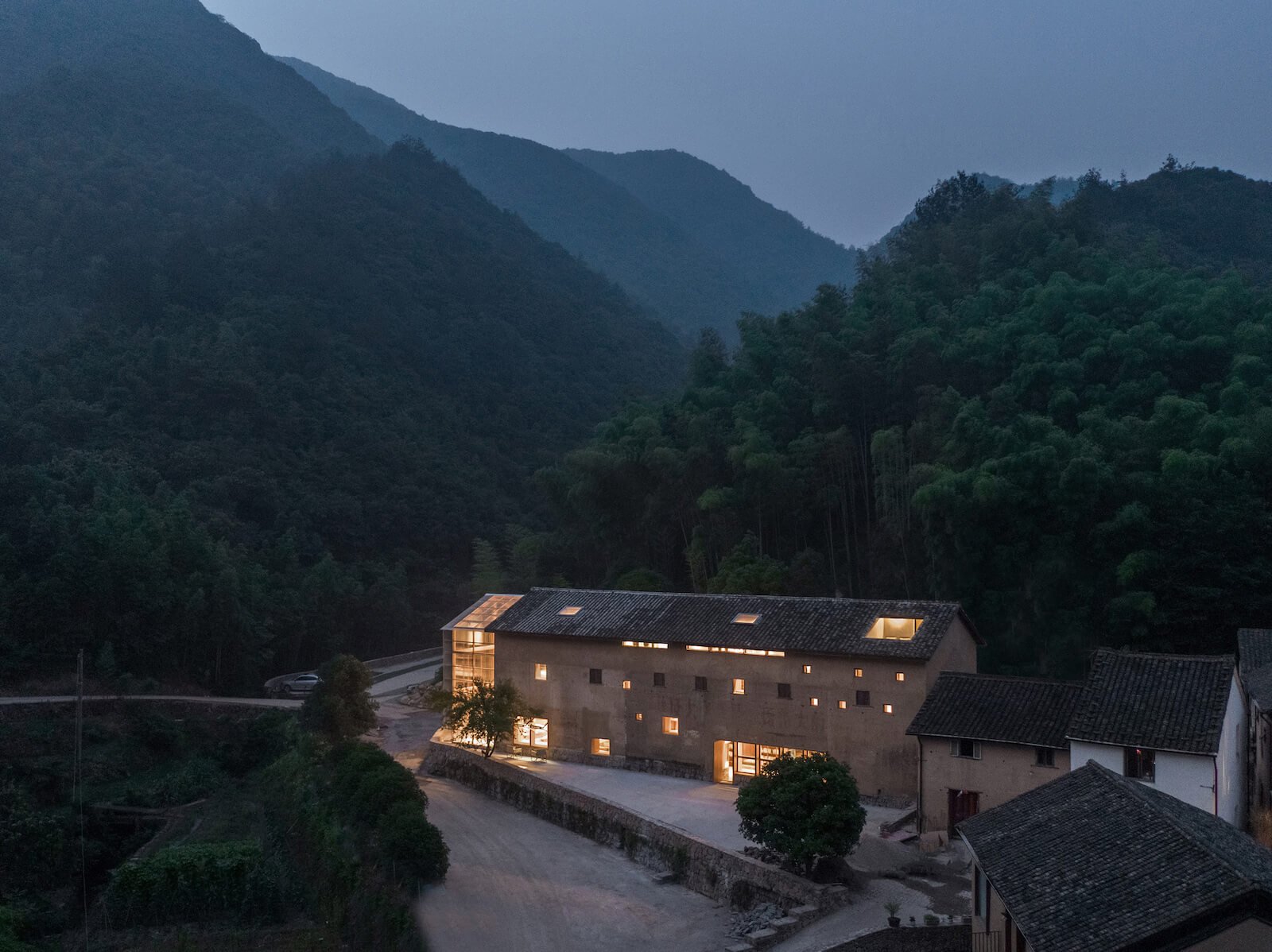 According to the architects, the project’s biggest conundrum was ensuring the privacy of the sleeping capsules while simultaneously instilling the public areas with a sense of openness and continuity within a tight envelope. As a first step, they removed the long, narrow house’s original floors and partition walls, reserving the newly expansive ground level for library and public space. They then installed two platforms that seem to float in the soaring space above, creating one floor for female guests and another for males, each level containing 10 small rooms and a communal bathroom. 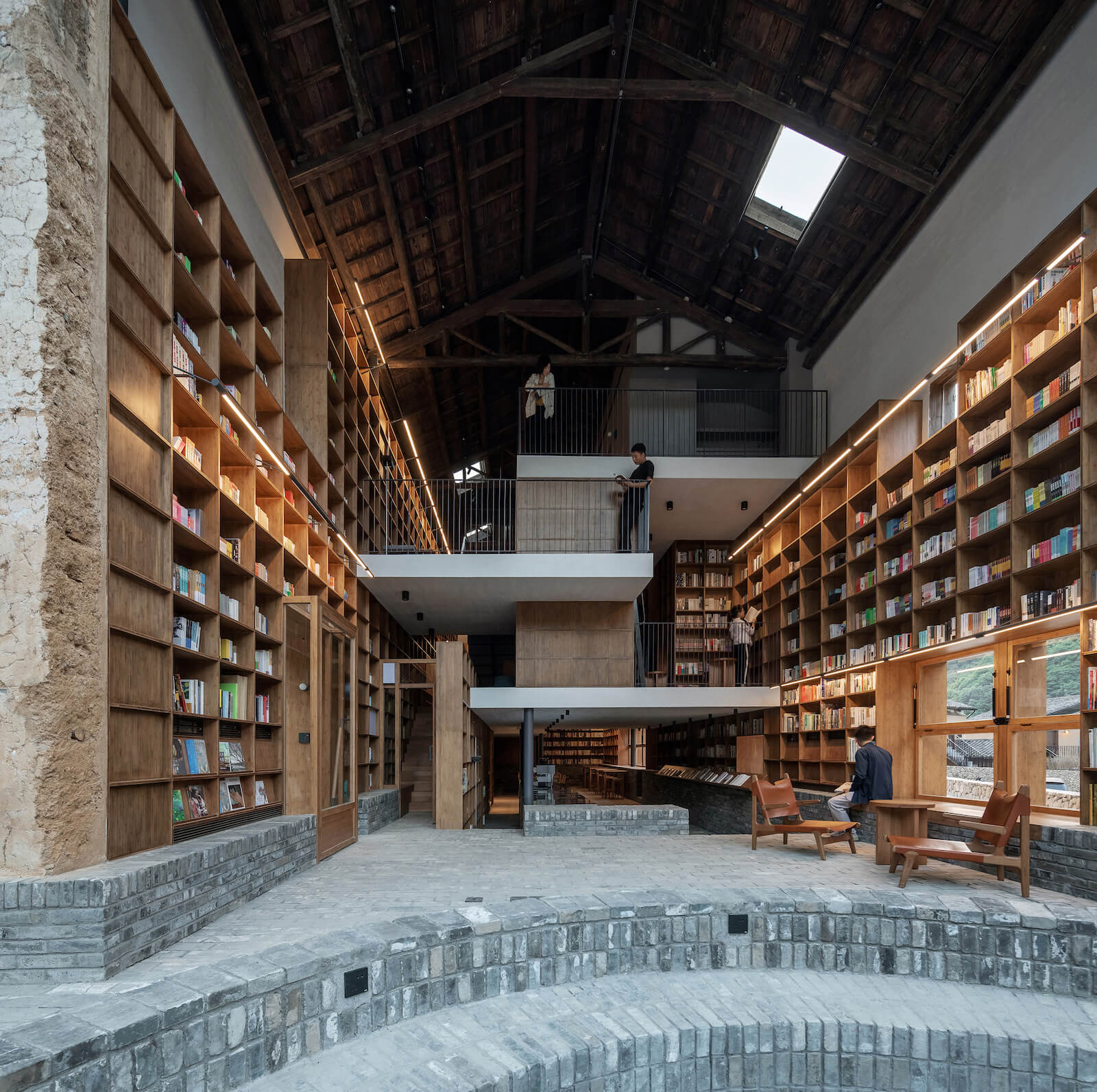 Rather than adhere to standard floor heights, however, the architects separated the platforms by 1.35 metres (high enough to sit or lie comfortably), then split and staggered them to enable walking and standing. These slabs are connected by thin metal staircases, their zigzagging path a mirror of the mountain trails outside. 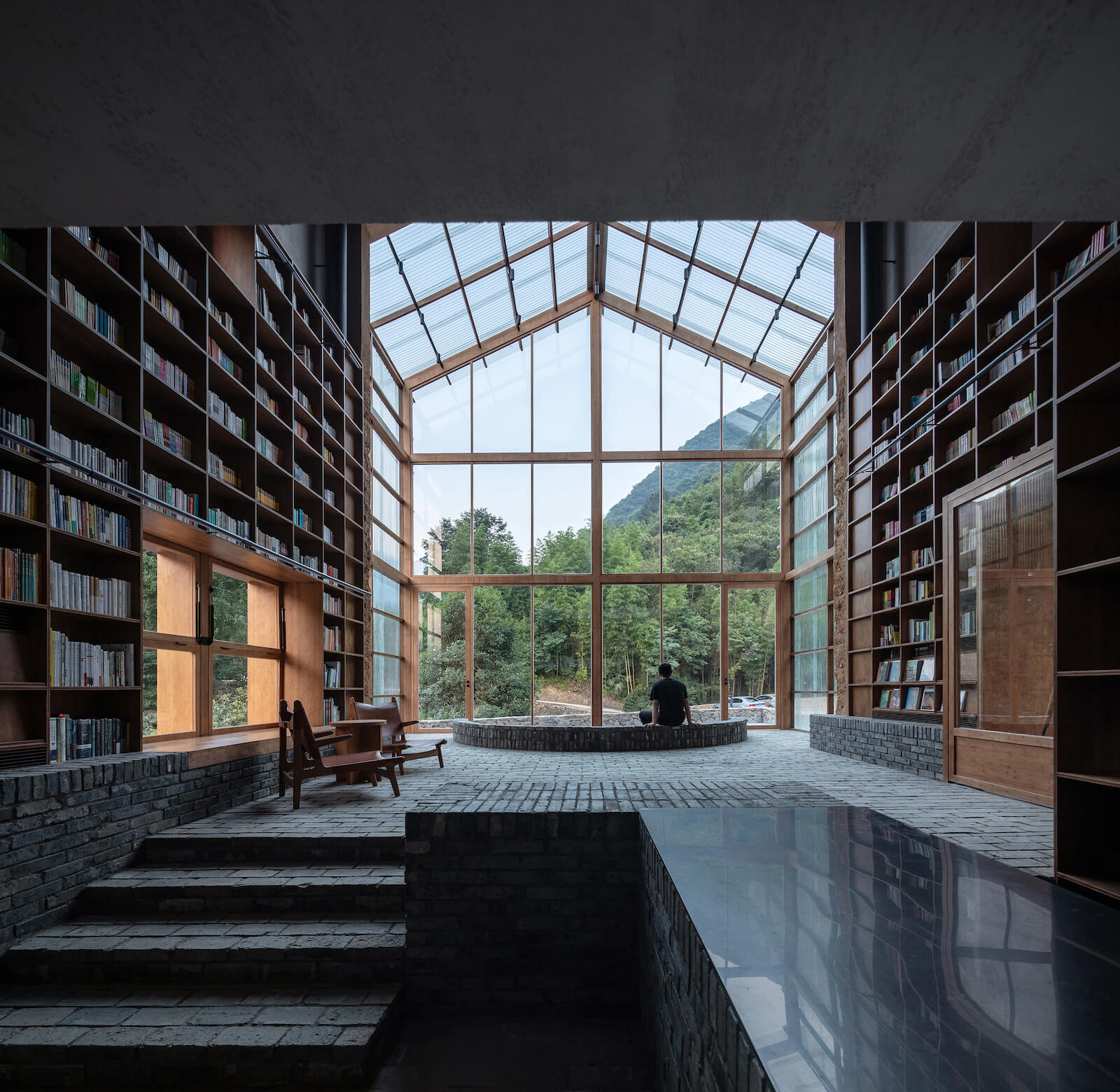 “A beautiful and poetic destination with the presence of books, some out of reach, creating a setting of retreat and reflection.”
Marion Weiss, AZ Awards juror

As for the exterior, the firm maintained the simplicity of the original building, but punctuated its eastern end with a new transparent façade made of corrugated polycarbonate panels framed in wood. The views afforded into the hotel–library (especially at night, when the interiors glow beckoningly in the rural darkness) are consequently just as dynamic as the views of the surrounding countryside from the inside. As this subtle yet dramatic touch suggests, Atelier tao+c’s unusual hybrid edifice ultimately does much more than merely blend typologies. 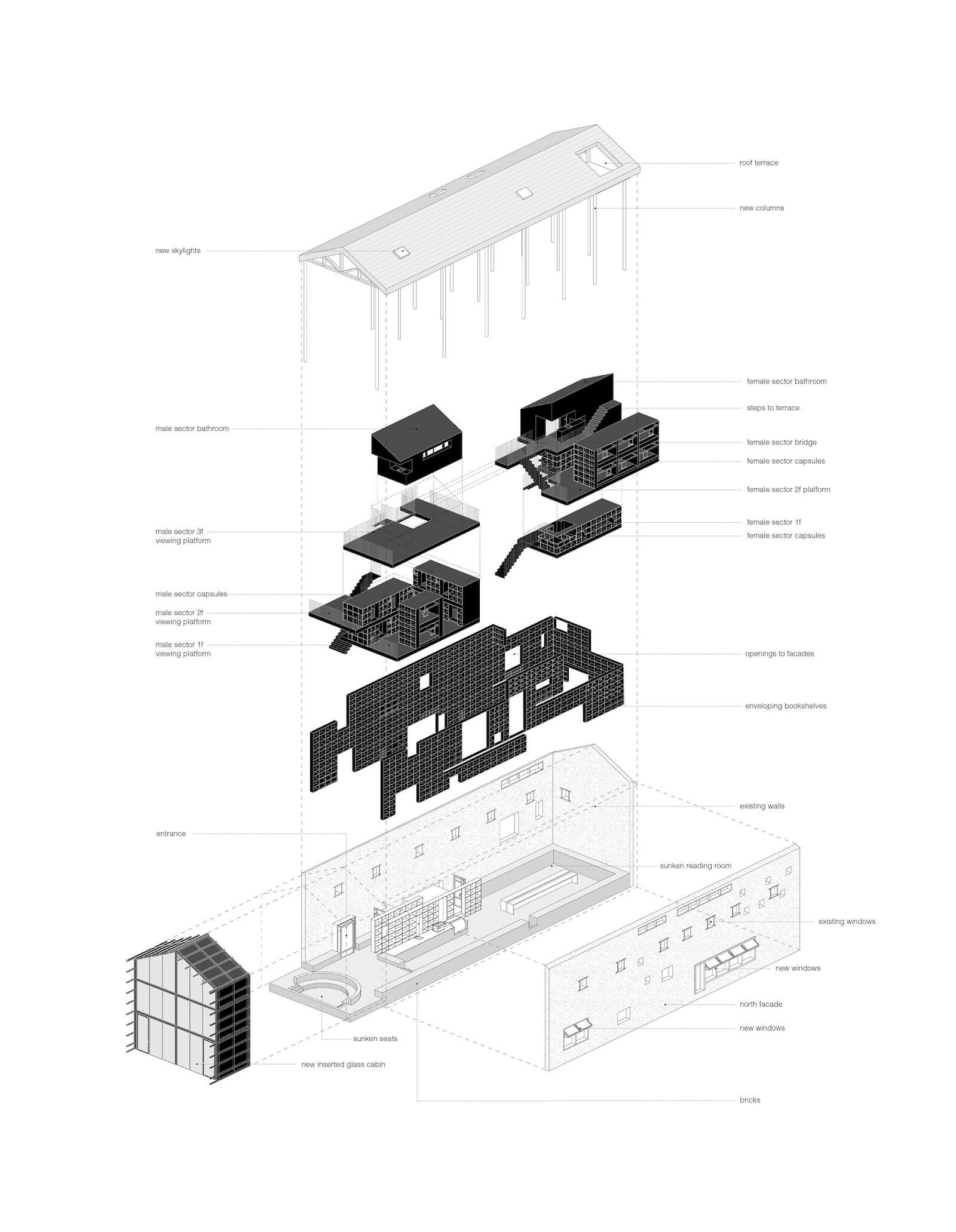 Melding past and present, matter and mind, built form and landscape, it’s a classic Chinese puzzle that’s also remarkably lucid — a building within a building that extends beyond its old walls.

In Architecture: Adaptive Re-use, this stunning building in Qinglongwu, China, by Atelier tao+c exemplifies how to combine functions – and eras.