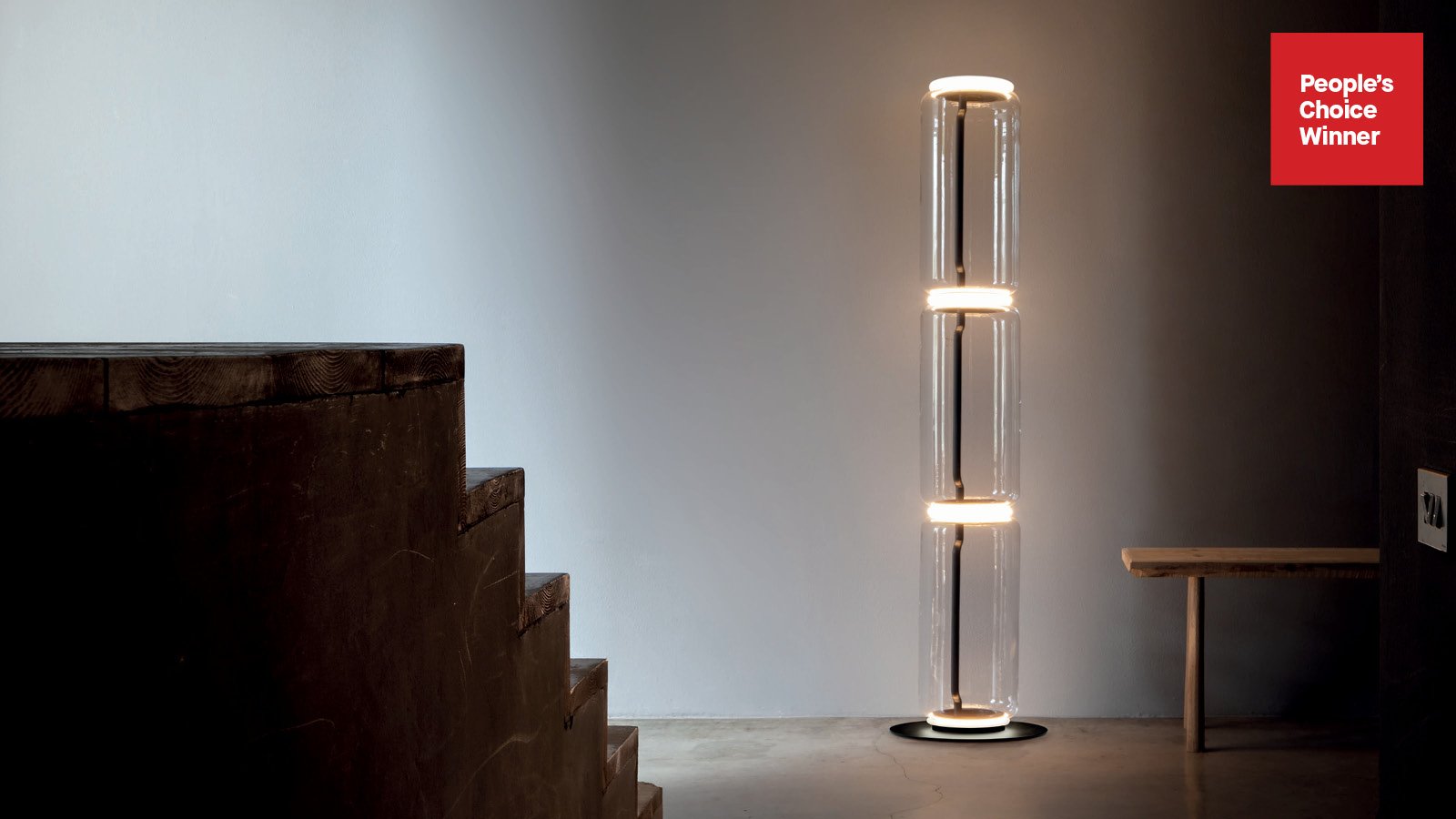 Konstantin Grcic is known both for his function-first approach to furniture and for his prolific output. In April 2017, during Milan Design Week, the Berlin-based designer stayed true to form by launching seating for Cassina, Magis, Plank and Mattiazzi. It was his then-conceptual lighting collection for Flos, however, that stood out as something new altogether — an art project of sorts from the pragmatic designer. Three years later, what was an imaginative proposition is now a practical and frequently specced product.

Called Noctambule, the assemblage (you can create up to 16 compositions for suspended lamps and 12 for floor) is composed of blown-glass columns that appear to float between rings of ambient light. Roughly translated from French, Noctambule can mean “night reveller” or, as Grcic puts it, “the kind of creature that is invisible during the day.” Inspired to create an object that would similarly disappear when switched off, the designer found that LEDs provided him with the means to accomplish this goal.

Working with the experts at Flos, Grcic broke the crystal pillars up into manageable modules and used the die-cast aluminum junctures between them to position the LED strips. Illuminated, Noctambule is a totemic volume cinched with halos, some configurations measuring 3.22 metres tall. Though substantial, the fixture (except for its fasteners and power cord) is indiscernible when turned off — a ghostly effect achieved when atmospheric light bounces off the purposefully imperfect glass.

The nuts and bolts of how it works might be important to the A&D crowd, but, for the viewer (and for Grcic), experiencing the light should be more emotive. “I don’t want anyone who sees the lamp to think about how it works,” he says. “I want them to see magic.”