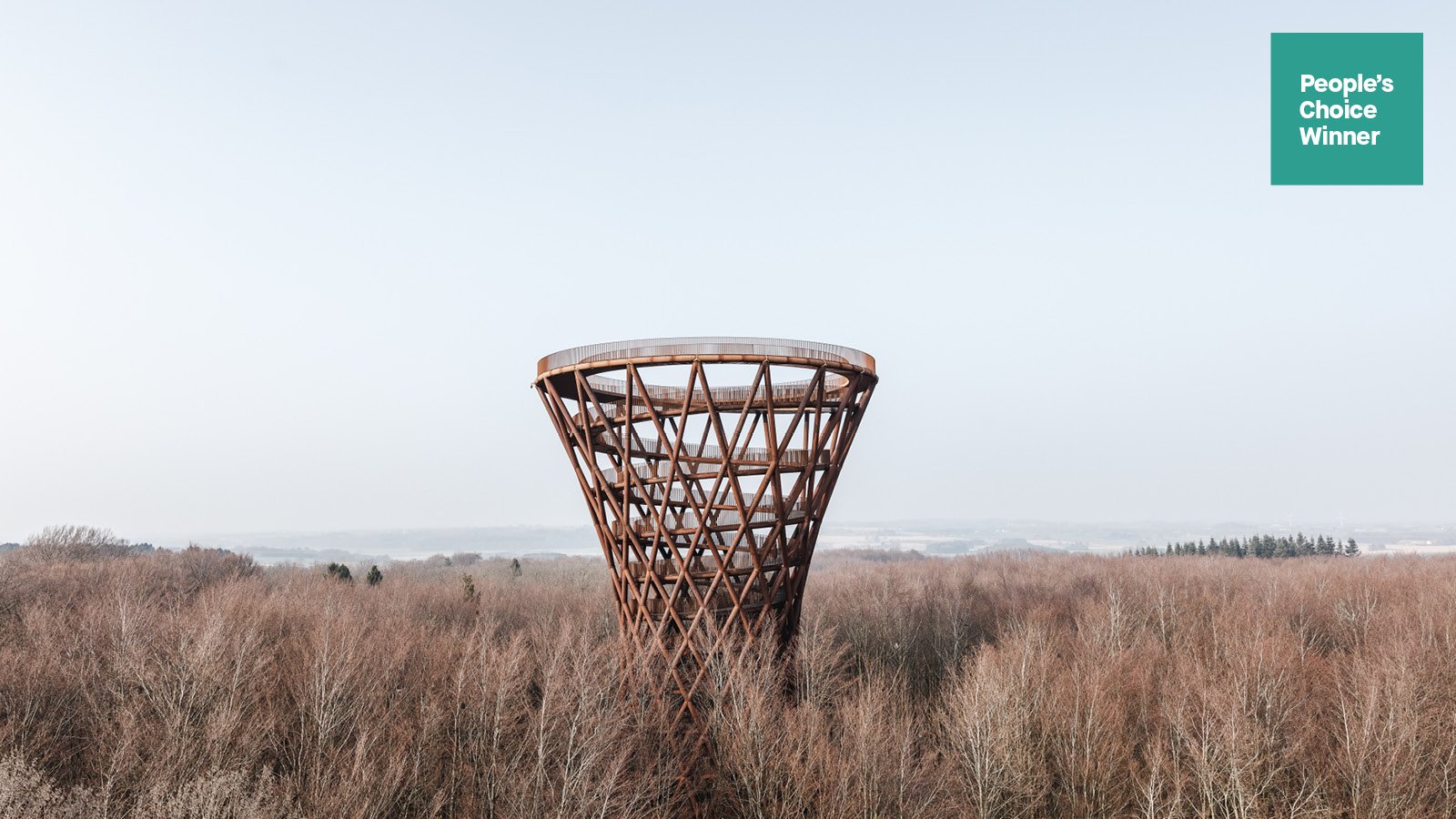 Soaring above a Danish forest, EFFEKT’s spiralled structure is the winner in Landscape Architecture.

It’s ill-advised to compete with nature. Indeed, doing so is outright taboo among contemporary landscape architects, most of whom have little in common with such historical forebears as André Le Nôtre, the French master gardener who sought to impose his will on the natural world, rendering it in idealized form. Nowadays, the inclination is to tread lightly on a landscape, not to overwhelm it. But how do we foster an appreciation for nature — especially when so much of it is imperiled and so many of us are cut off from it — without disturbing or restricting its health and beauty?

Enter a design such as Forest Tower, which is both a subtly integrated platform for taking in a pristine setting and a profound architectural statement designed to attract and inform. As envisioned by its creators, EFFEKT Architects of Denmark, the artfully combined elevated boardwalk and observation tower soars some 45 metres from the forest floor of Gisselfeld Klosters Skove, a preserved environment of trees, lakes, creeks and wetlands about an hour south of Copenhagen.

Essentially a seamless ramp, the hourglass-shaped structure spirals 900 metres toward its unique vantage point above the treetops, providing step-free access for visitors of all abilities in the process. At its base, the tower measures 28.4 metres across, then narrows to a waist some 14 metres wide before flaring again to a 28.4-metre-wide top. This dramatic curvature not only enhances the stability of the tower, but also increases the deck area at its apex, “allowing for better contact with the forest canopy.”

“Such an extraordinary way to experience a forest — to climb above the tree canopy.”
Stephanie Davidson, AZ Awards juror

As strikingly sculptural as Forest Tower is, though, its footprint is minimal and its presence is discreet. The tower’s superstructure, for instance, is made of weathered steel, a material chosen for an “appearance that blends in well with the natural context as well as [for] its resistance to the elements,” while the boardwalk and inner ramp are made of locally sourced oak. Many of these elements were also prefabricated, allowing for on-site assembly, a relatively brief construction period and minimal disruption to the surrounding site.

In these ways and more, Forest Tower is the antithesis of Le Nôtre’s work and an exemplar of the new (natural) order — one that prizes experience over imposition, exalting the supremacy of site.

Soaring above a Danish forest, EFFEKT’s spiralled structure is the winner in Landscape Architecture.