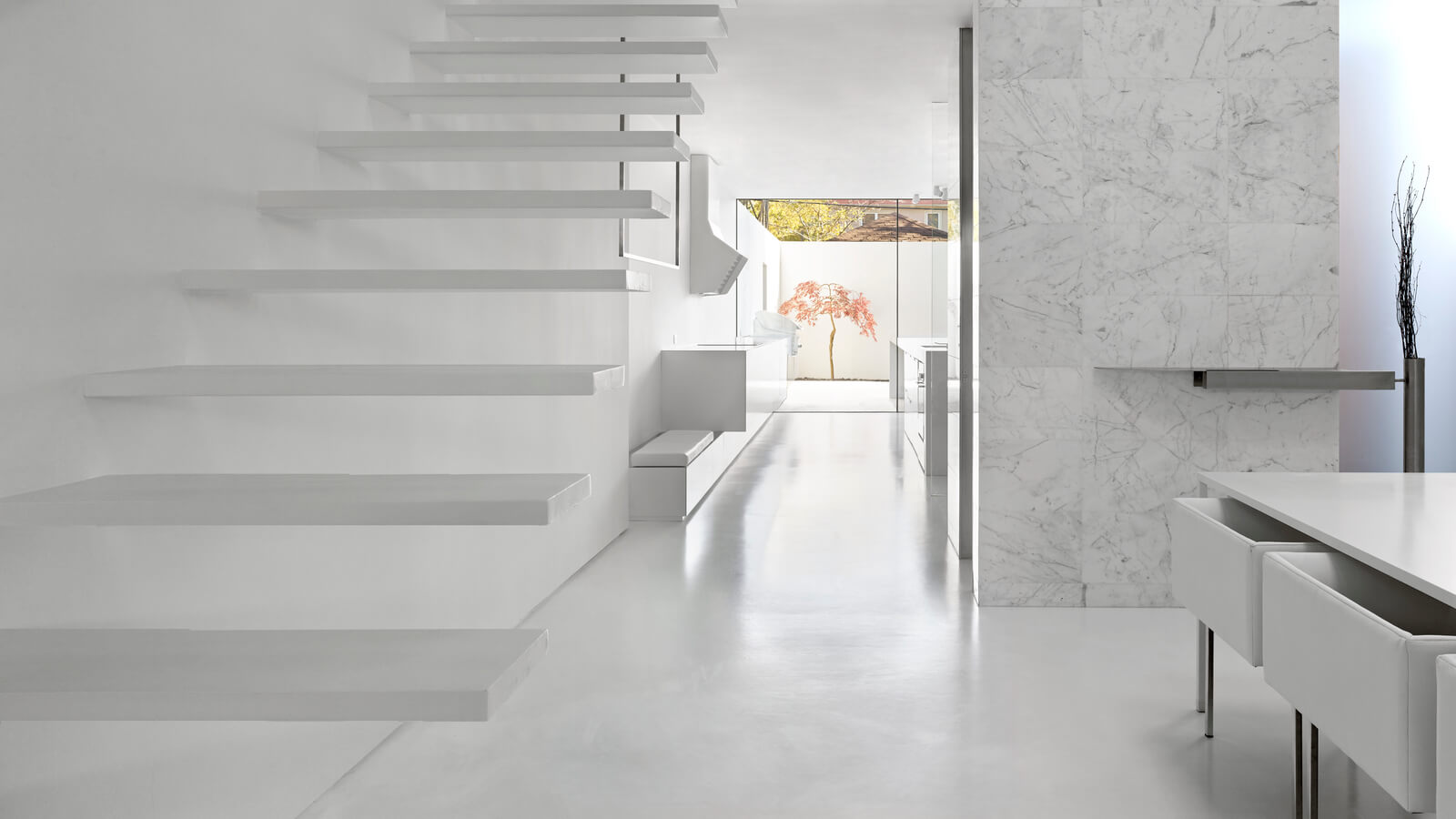 Architecture often aims to resist the passage of time. Rarely, however, do interiors aspire to this same sense of permanence. In the case of ShadowBox, Toronto-based designers Johnson Chou and Silke Stadtmueller’s sparse three-storey abode, the residence becomes a kind of record — a blank canvas capturing ephemeral movements of the world just beyond its walls. 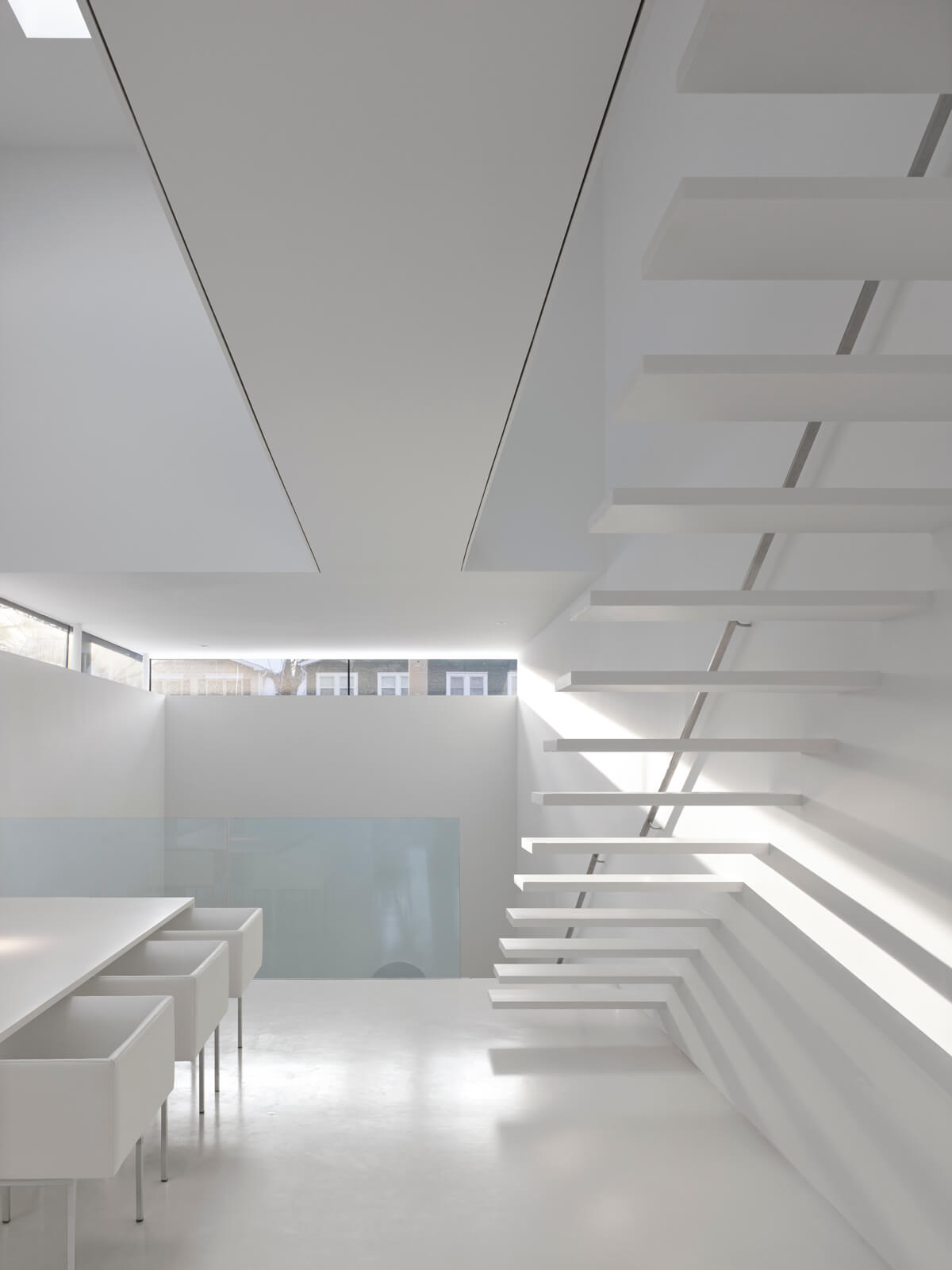 Occupying a narrow site on a bustling street in their home city’s Upper Beaches neighbourhood, the deliberately austere white facade appears like a full-scale model that, in fact, shelters the pair’s 189-square-metre home. 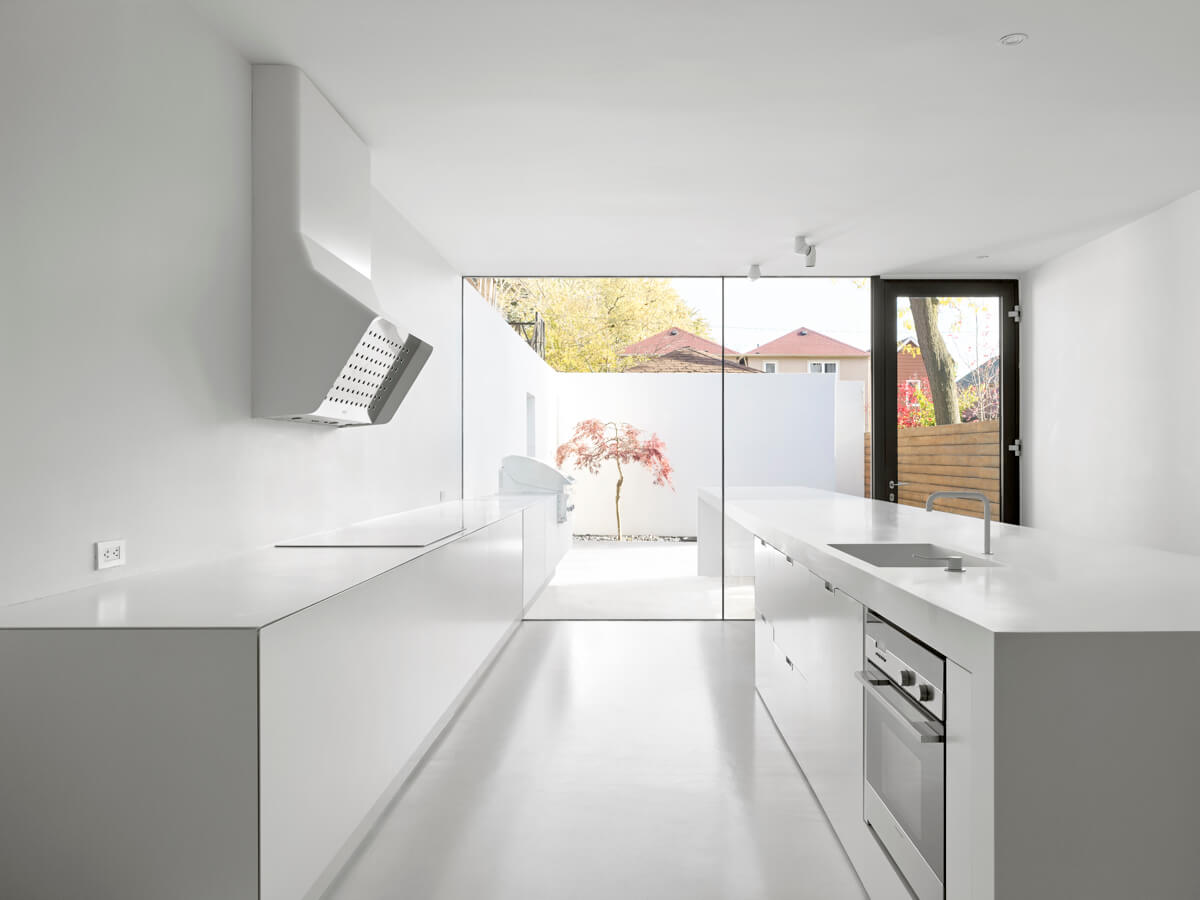 Separated from Chou and Stadtmueller’s collaborative office by a slender lane, the ground floor opens to a dining area and kitchen outfitted with a sprawling island that continues outside into the protected rear courtyard; the palette is a rigorously muted one, made up of monochromatic statuario marble, Corian, epoxy, lacquer and laminate. Above, a thin bridge separates guest accommodations from the master suite, another exercise in the exacting minimalism for which the studio is known.

“This project cleverly transforms a narrow house condition into a spacious and dynamic experience. The uniform white interior is a perfect backdrop to celebrate light.” 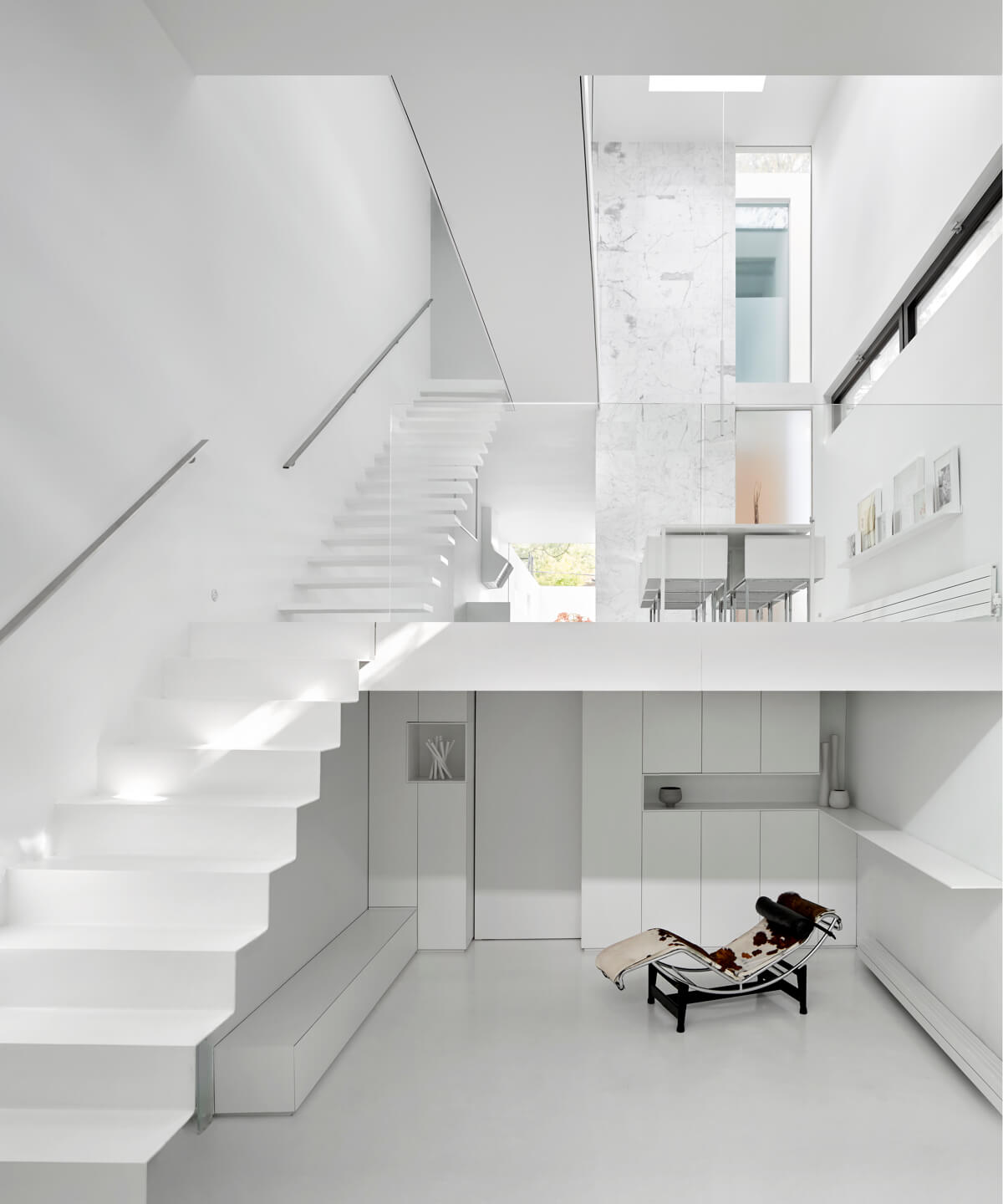 Such delicate interplays of solid and void continue throughout the home, from the choreography of single-, double- and triple-height volumes to the floating treads that transition into a single surface of bent sheet metal on the descent to the sunken living area below. 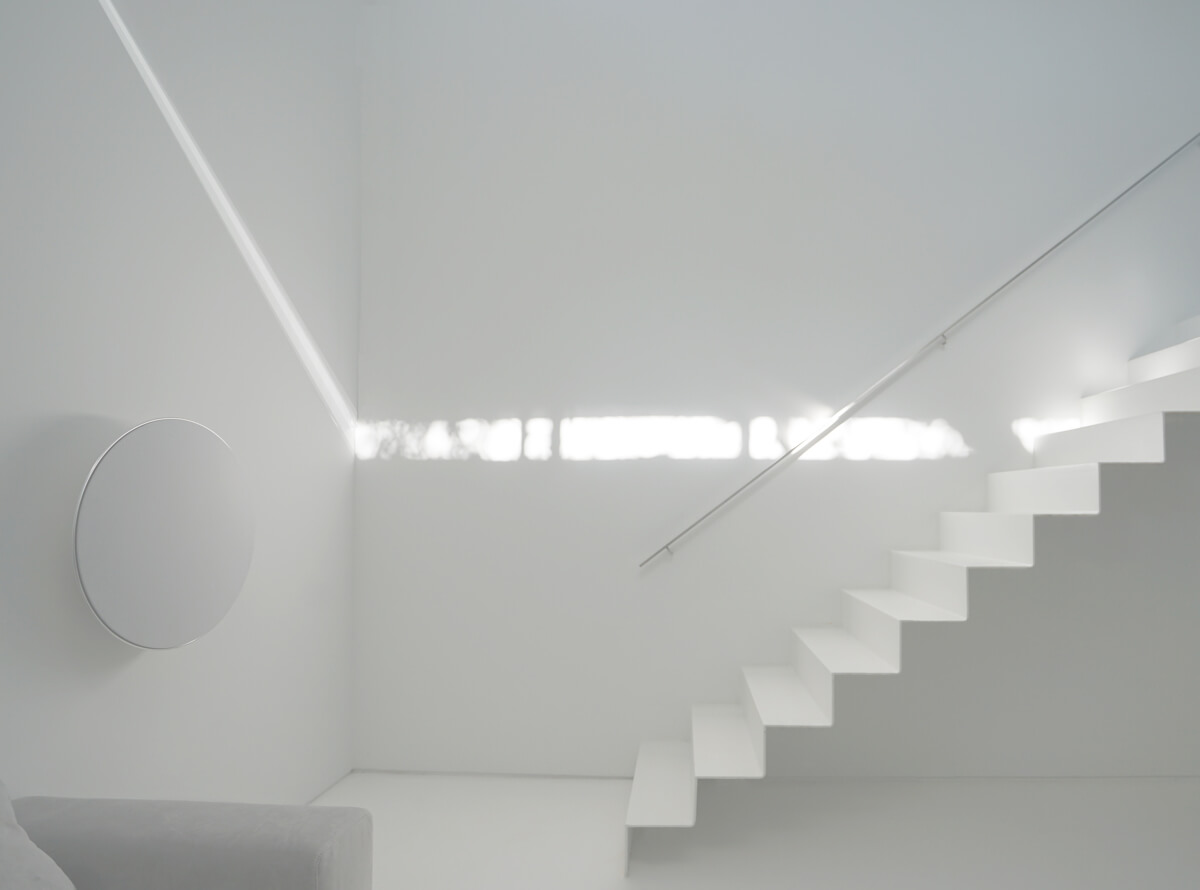 A row of slim clerestory windows in this basement lounge modulates the sun’s rays, casting sharp bands of illumination across the walls throughout the day, broken only by the soft dappling of the trees outside. 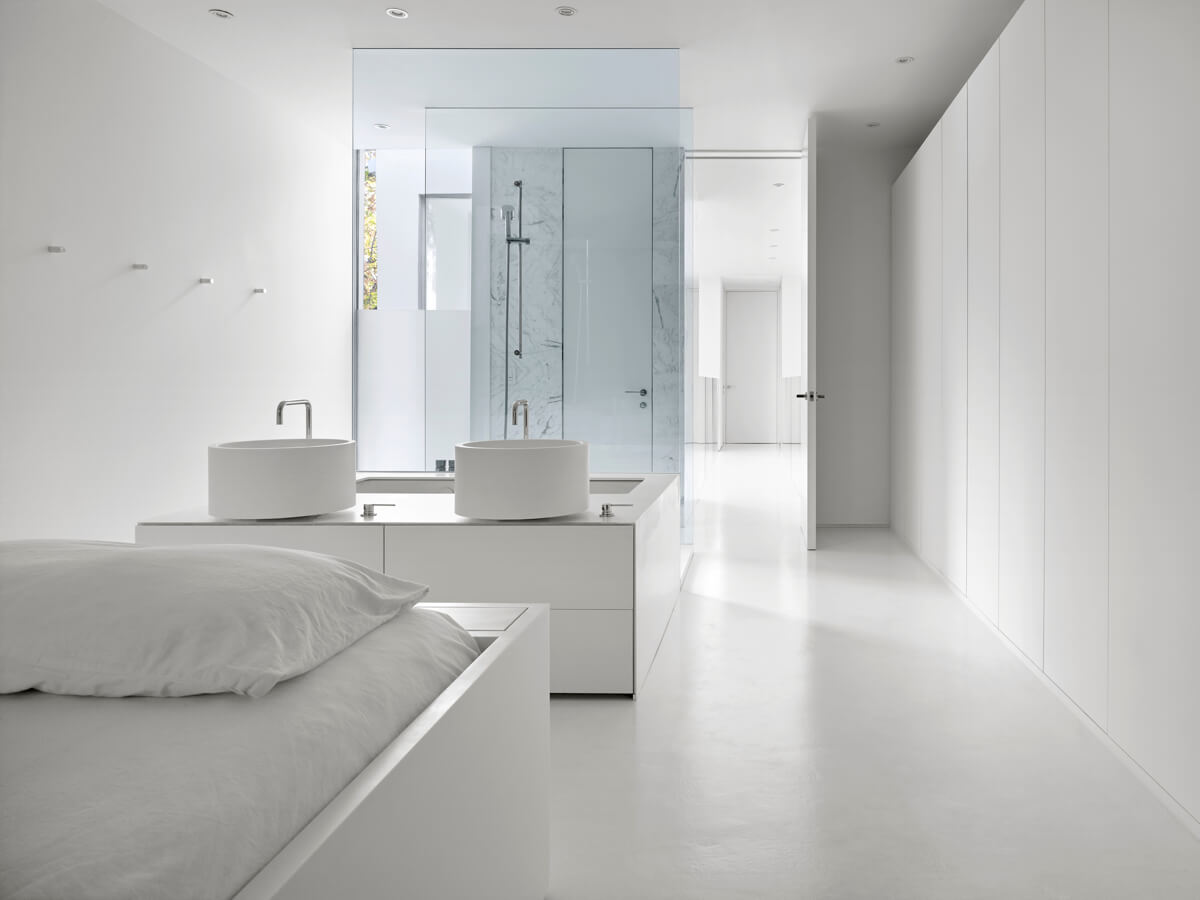 In marrying the stability of building with the fleeting and ever-changing nature of living (and of life itself), ShadowBox is a testament to what interiors do best. Like a maquette, it’s both abstract and elemental — perhaps even timeless.