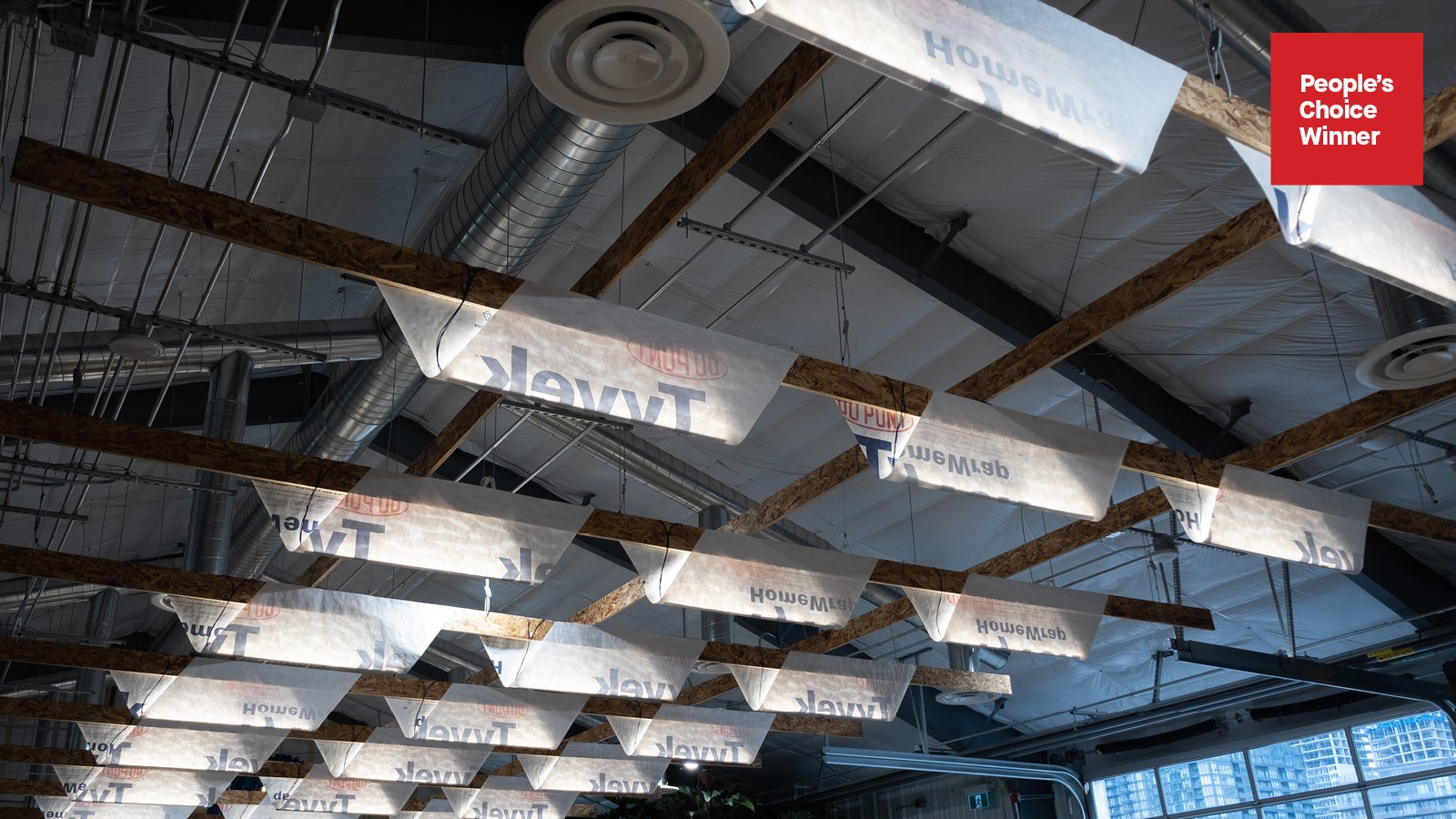 The winner in Design: Lighting Installations is low-tech, ad-hoc design at its best.

How do you make a lasting impression with something that isn’t meant to last? You embrace the ephemeral by utilizing basic materials and then elevate them to stunning effect. At least, that’s what the local multidisciplinary studio Stacklab did with its Temporary Tyvek lighting installation for Toronto’s Stackt Market, a community-focused urban development in the heart of the city’s downtown.

Composed entirely of shipping containers spread across 9,290 square metres, the much-anticipated open-air marketplace opened in April 2019 on previously vacant, city-owned industrial land that’s scheduled for development in 2021. Until then, the multi-use venue will play host to revolving retail and culinary pop-ups (both local and international), start-up incubators, art exhibits, music shows, workshops and other cultural events.

Called in to contribute a functional lighting display for a brewery housed in a warehouse-like metal shed at the west end of the site, Stacklab (founded by designer Jeffrey Forrest in 2013 and known for conceptual projects that dabble in craft, science and experience) approached the assignment wanting to honour the temporary nature of the site. Befitting the raw and edgy atmosphere, the inexpensive and readily available construction materials enlisted by the studio — namely, Tyvek house wrap and oriented strand board (OSB) — can be both “installed by local nonspecialized trades and redeployed in a purposeful way after the project concludes.”

Precut from four-by-eight- foot sheets, the OSB was assembled on site into an overhead valance that was then draped with 27 handcut “slings” made from the high-density polyethylene wrap, which has innate light diffusing qualities. Held within these are clear plastic tubes (used as bought in order to remain reusable) that in turn house dimmable LED strips (also reusable). The ceiling was uneven, so a flexible Gripple and cable system was incorporated to level the installation — a solution that also means the structure can be either removed and transplanted to another location in its entirety when the market closes or disassembled and reused piecemeal in other projects.

Overall, it’s deliberate, unpretentious, focused on sustainability and ultimately quite beautiful. It also fulfills Stacklab’s primary goal for the project, which was “to spark a critical dialogue and get people…thinking about what underused, neglected and fenced-off sites found across the city could be transformed into with a little goodwill, minimal funding and a lot of creativity.”

The winner in Design: Lighting Installations is low-tech, ad-hoc design at its best.