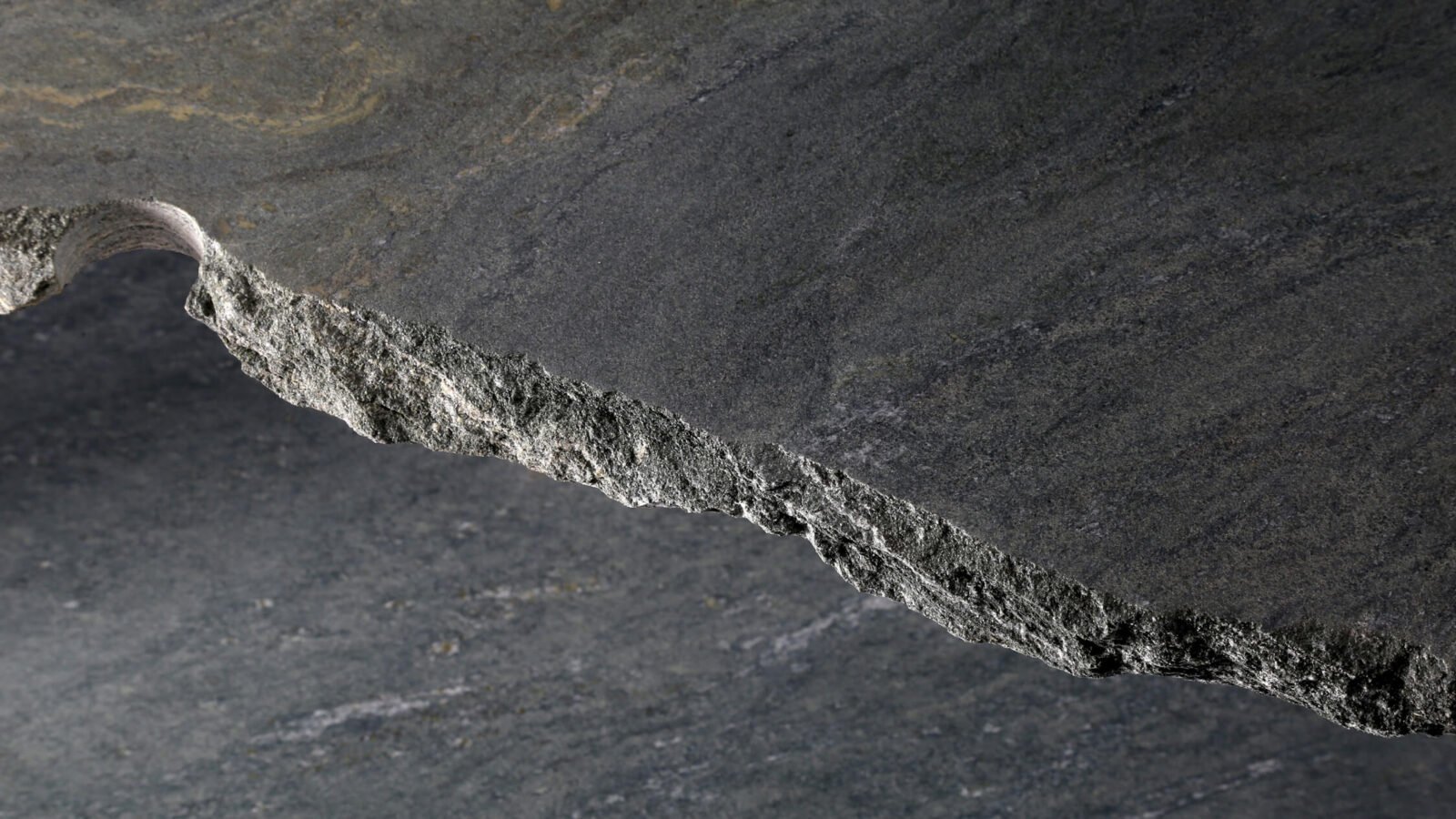 The French designer’s jagged Brut shelving series straddles the line between design and sculpture – exactly where he wants it.

“How can a detail make an object unique?” It’s the question behind Ferréol Babin’s most recent product design for German brand Pulpo: the Brut shelving line. A striking highlight amid the almost endless array of goods launched at IMM Cologne in January, Babin’s trio of units also exemplified the focus on artisanal processes that echoed throughout the annual expo.

Captivated by the circular holes drilled into marble to separate larger planes of stone into smaller sections, Babin looked to both underscore and elevate this industrial process typically erased once slabs are finished. The resulting shelving series sees a range of stone ledges wrapped in three glass panels (either fluted, white or the grey pictured at left), with discreet metal supports below to emphasize the exposed edge. As a result, no two off-cut stones and no two shelves will ever be the same. “It adds,” he says, “more value, including uniqueness, randomness and brutality.”

It’s this oscillation between individuality and series production, craft and industry, that informs much of Babin’s practice. Though originally trained as a spatial designer, he relocated to Japan to study at the Nagoya University of the Arts before completing another degree at École Supérieure d’Art et de Design de Reims in his native France. Since then, he has amassed an impressive portfolio of collaborations with brands like Bibelo and Umbra, at the same time pursuing experimental ventures combining hand and machine, including a year-long residency at Fabrica in Treviso, Italy.

Also displayed on the newly introduced shelves at IMM were selections from Pulpo’s limited-edition series of ceramic spoons based on those that Babin began carving by hand from a tree he had cut down himself (there is currently a worldwide wait-list for the wooden versions).

Like Brut, these unique pieces aren’t easily encapsulated. Are they functional objects? Editioned art? Or are they something else entirely? For Babin, this liminal space is exactly where he intends his work to reside. “There’s always a balance between what is industry, what is design, what is craft and what is sculpture,” he says. “It’s interesting for me to not give all the clues and not give all the answers. It would be too easy, and I don’t like easy.”

The French designer’s jagged Brut shelving series straddles the line between design and sculpture – exactly where he wants it.