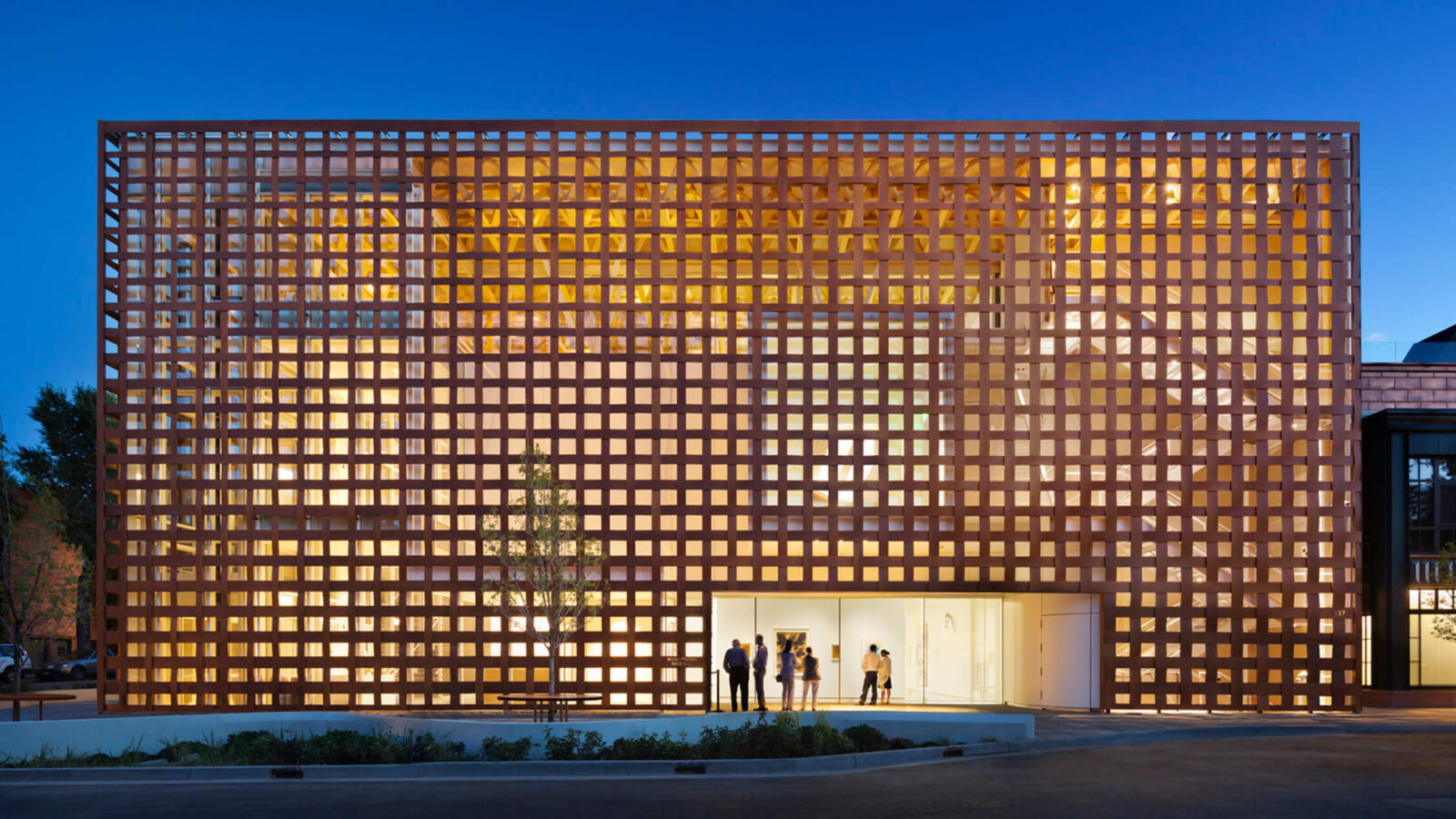 Shigeru Ban’s Temporary Architecture is Made to Last

Today, the the Pritzker Prize-winning proponent of mass timber and provisional housing is set to complete North America’s tallest hybrid wood structure. In 2008, he told us why he considers permanence only a state of mind. Read this story from Azure’s archives that has never before been published online.

From Toronto’s ambitious Sidewalk Labs to the French government’s announcement that, by 2022, all public buildings must be constructed of at least 50-per-cent wood (or adjacent natural material), mass timber is slated to fundamentally transform the next decade of design. Since the early 1990s, Pritzker Prize-winning architect Shigeru Ban has tested the limits of the material’s structural capacity in projects ranging from his celebrated Centre Pompidou Metz and the recently completed headquarters for Swatch to his 19-story Terrace House in Vancouver slated to open later this year (which will be the tallest hybrid timber structure in North America upon completion).

In addition, Ban is also renowned for crafting buildings with another unusual material: paper. The Japan-born, US-educated architect’s rapidly deployable structures made of paper tubes — and conceived for victims of tsunamis, earthquakes and other natural disasters — have since become a model for a practice that balances both high-profile commissions with a deeply engaged social agenda. During a time of mass migration and a rapidly changing climate, we return to our interview with the architect from the July/August 2008 issue of Azure to revisit the architect’s meditation on his seemingly temporary relief work to retrace the often arbitrary divides between transience and permanence.

This story, from Azure’s archives, has never before been published online. It’s one of many exclusive interviews we are making available on the occasion of our 35th anniversary.

In 2014, Shigeru Ban was awarded the Pritzker Prize for architecture, due in part to his continued exploration of the structural opportunities provided by wood, paper and more.

What sparked your interest in temporary structures and refugee shelters?

After the Rwanda crisis in 1994, many people became refugees. I saw some refugee camps and thought it was necessary to improve the shelters. For various reasons, it became impossible to do that, so I decided to address one of the environmental issues. The refugees were cutting down trees for poles, because the UN only provided them with plastic sheets. This created a serious deforestation problem. My mission was to create a system that used paper tubing to replace the wood.

Then, in 1995, there was a big earthquake in Kobe, Japan, and over 6,500 people were killed. There was a great need for temporary housing, so I decided to help by improving the existing shelters – again using paper tubes.

How do those experiences compare to your work on the post-tsunami housing you built in Southeast Asia?

I’ve developed a reputation for this kind of relief work. Now, whenever there is a major natural disaster, I always get e-mails. After the tsunami four years ago, I received e-mails from India, Sri Lanka and Indonesia. I couldn’t do all three projects, so I selected the most appropriate one. Governments or international NGOs usually take care of the majority of people; I decided to work with fishermen in Sri Lanka whose village was totally destroyed and who didn’t fit into these larger operations. I used local materials and timber to make 45 permanent houses for them. My method is always the same: I go there to listen to what people need; I work with a local architect, study the local climate, figure out what materials are available, and so on.

My method is always the same: I go there to listen to what people need; I work with a local architect, study the local climate, figure out what materials are available
Shigeru Ban

In 2018, Ban’s rapidly deployable shelter was remounted on Canada’s West Coast at the Vancouver Art Gallery’s offsite location as part of the exhibition “Offsite: Shigeru Ban.”

What were some of the particular climate conditions you had to overcome in Sri Lanka?

Because it’s hot, people spend most of their time in the shade. They don’t want to stay inside, because it’s too hot. I thought it was important to provide them with shaded areas, so I made a sort of indoor-outdoor space between the kitchen and the living room that can be used as an extension of the living room, or as a dining area or workspace. It’s been very well used.

However, this has created new problems. Some of the village people envied what the fishermen had; they wanted to destroy their houses and have me build them new ones.

What was your response?

We told them we first had to spend money on people who needed houses. But that was an unexpected problem. 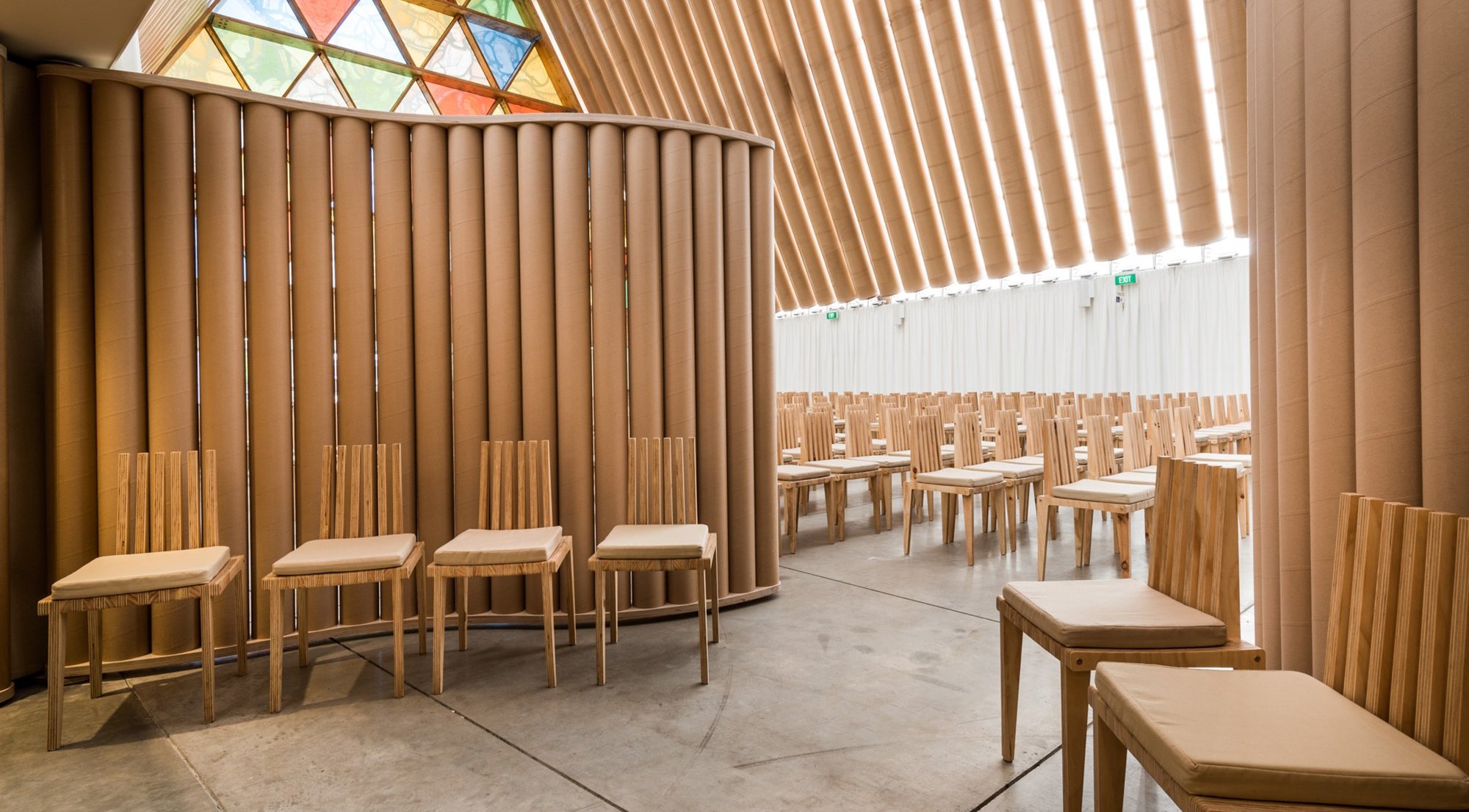 In addition to their use in his disaster relief projects, Ban has incorporated structural paper tubes in a number of public works, including the 2013 Carboard Cathedral in Christchurch, New Zealand. PHOTO: Stephen Goodenough

How is this work different from your more commercial projects, which are really quite glamorous?

I get tired of working for privileged people. Most of the time, architects work for clients who use architecture to express their power. Architects love to make monuments for rich clients, but these clients are demanding. However, I’ve also found that natural disaster victims demand a lot, too. I try to maintain a balance between working for clients who are well off and those who aren’t.

The Aspen Art Museum opened in 2014 and is wrapped in a woven wood screen made of Prodema (a composite material of paper and resin encased within a dual-sided wood veneer). PHOTO: Michael Moran

Describe some of the different demands.

In Sri Lanka, I organized a community meeting to find out what people wanted. Of course, we had budget limitations, so we could not realize everything they asked for, but I have seen many bad examples where NGOs just build houses without talking with the people who were going to live in them. They are all about quantity, not quality, and they end up with many problems, because they never talk with those people directly.

With high-end clients, I only work with those who know and like my previous work. They understand what they are getting. With these clients, I have to listen very closely to what they want, but they often understand my solutions much better. Victims of natural disasters usually talk with me without knowing what else I have done.

For me, there is no difference between permanent and temporary structures.
Shigeru Ban

Are there moments when you see one side of your practice informing the other?

For me, there is no difference between permanent and temporary structures. Some of the paper houses I made for victims of the earthquake in India became permanent because many of those people didn’t have houses to begin with. After they went back to the village, they dismantled my houses and rebuilt them, so they became permanent.

When I work for developers, they sometimes destroy the building, so it becomes temporary. Whether a building is temporary or permanent depends on whether people love that building or not.

Looking at the components of some of your commercial projects, I notice you like to use movable rooms. Where does this come from?

I am very interested in flexibility, because in Japan we don’t live in big spaces. So instead of just having the same space year round, I think it is more useful to make the space flexible by having movable elements. With the Nicolas G. Hayek Center in Tokyo’s Ginza district, I designed the building with movable boutiques. The original design brief called for two boutiques on each floor. I didn’t think that would work, because not all the boutiques would have exposure to the street, and Ginza is one of the most expensive real estate areas in the world. I thought of a way of giving each boutique street access by continuing the “street” inside the building. [Each shop has a showroom booth on the main level, or “street.” Customers step into the booth and are hydraulically lifted to the corresponding boutique above or below street level.] 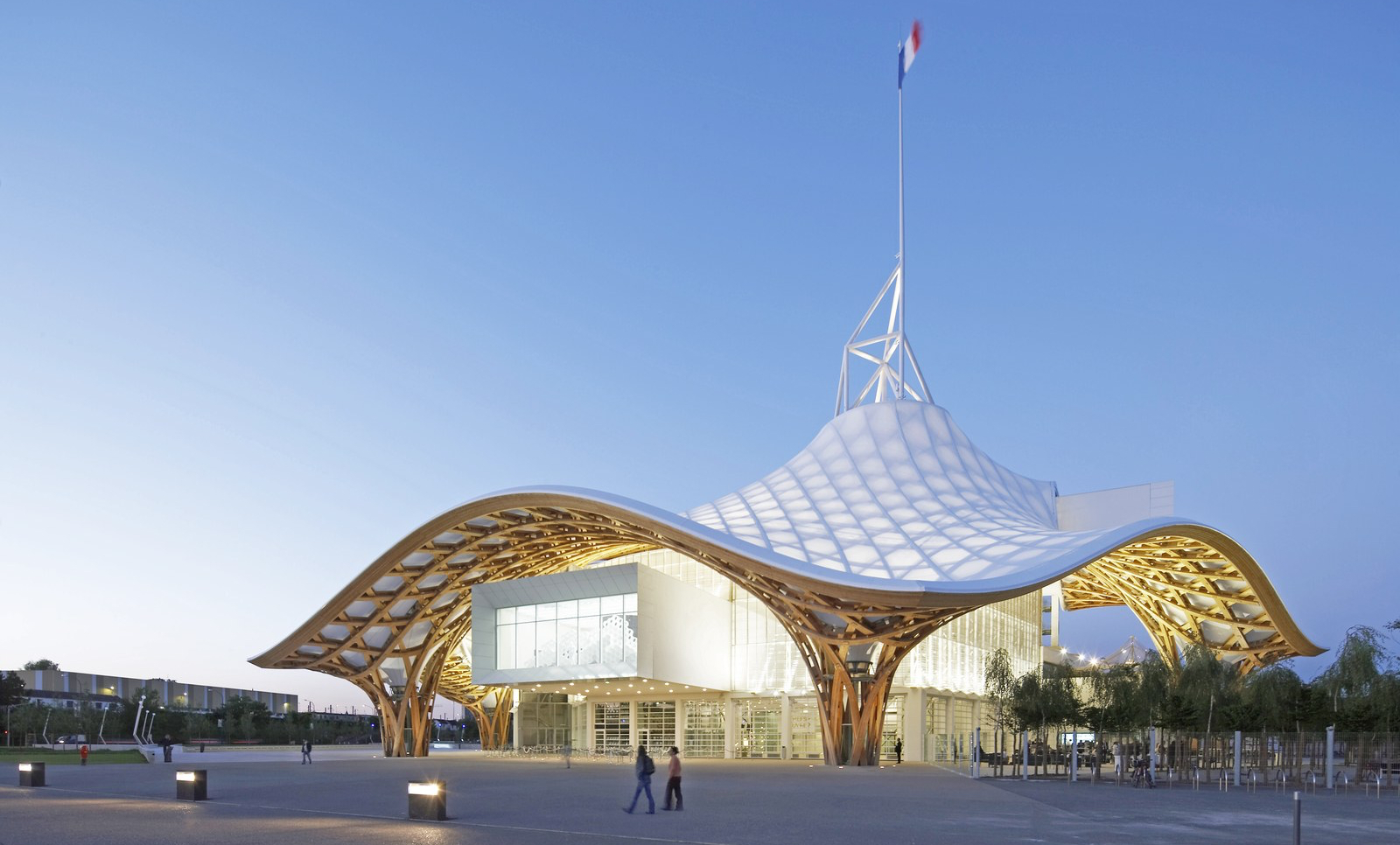 Completed in 2010, the Centre Pompidou Metz is anchored by an undulating timber roof structure that hovers above the interior volumes. PHOTO: Getty Images

What would you say is the biggest challenge you face?

I like to be picky. I don’t want to make my office too big. Many international architects do too many projects, and the quality is getting worse and worse. Choosing the good projects is really the challenge.

Right now, you’re designing the new Pompidou Center in Metz, France. What was it about that project that sparked your interest?

It’s the reason I moved to Paris. In Japan, architects are spoiled. When they become famous, they win competitions and can do anything they want. Everywhere else, you meet different people who have different ideas, and you have to convince them of your ideas one by one. For that reason, it’s important for me to be close to my clients and to the project.

It’s important for me to be close to my clients and to the project.
Shigeru Ban

What are some of the challenges you’ve faced with the Metz project?

Recently, the mayor and the administration changed. We have to start from zero again, to develop a new relationship with the administration. That’s the most difficult thing about architecture – not the technical problems, but the challenge of working with new people all the time.

This article originally appeared as “Q&A: Shigeru Ban” in the July/August 2008 issue of Azure

Today, the the Pritzker Prize-winning proponent of mass timber and provisional housing is set to complete North America’s tallest hybrid wood structure. In 2008, he told us why he considers permanence only a state of mind. Read this story from Azure’s archives that has never before been published online.