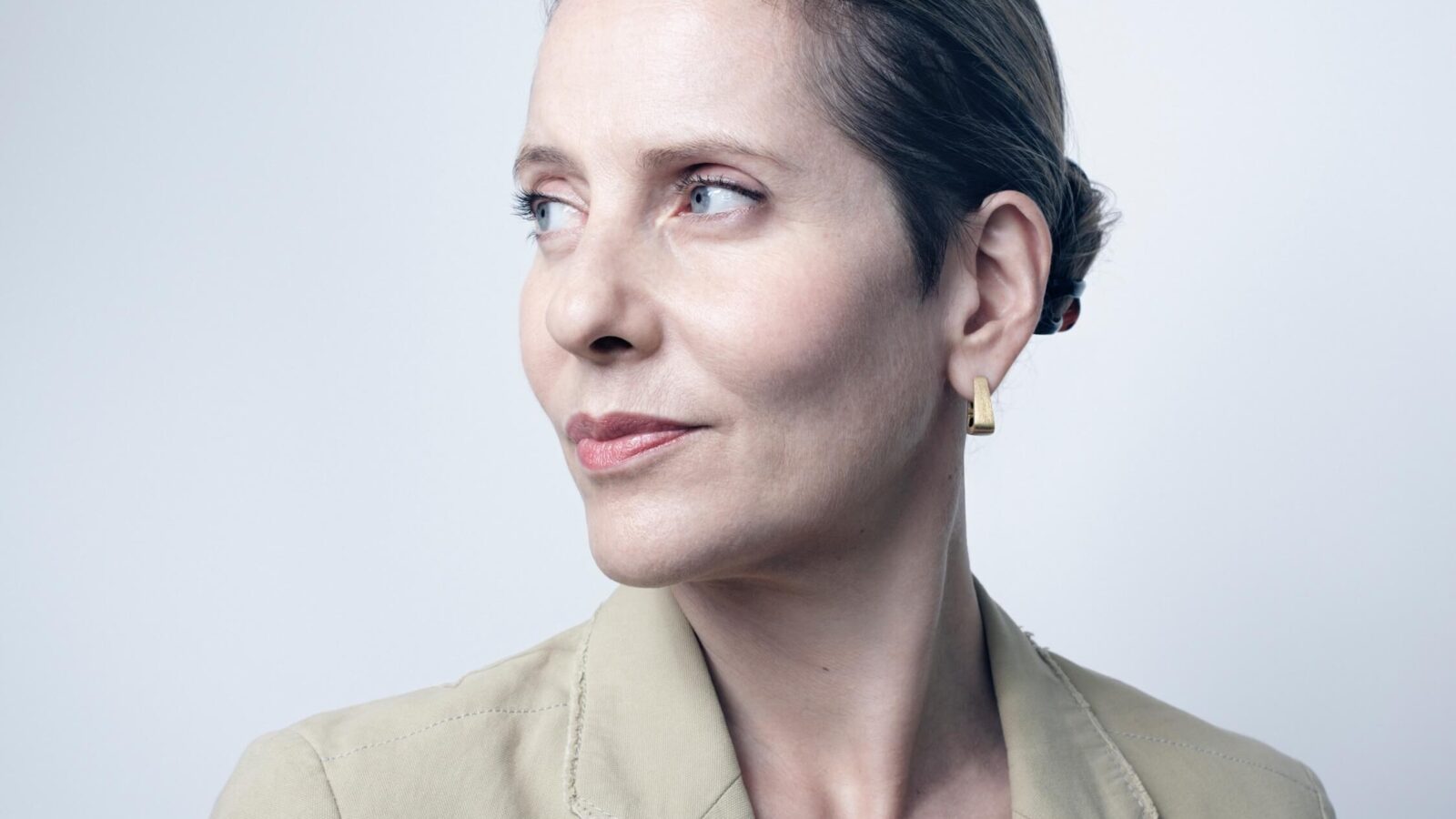 MoMA’s star curator sees herself as a surfer. But as one of the design world’s most influential thinkers, she’s the one making waves.

Optimistic, inclusive, politically incisive and epically ambitious, “Broken Nature: Design Takes On Human Survival” was as much a call to arms as an exhibition. Presented last year at the Triennale di Milano in Italy, it explored one of our most important design challenges: how to mitigate the devastating damage caused to the environment and society by industrialization. By doing so with intelligence, wit and grace, “Broken Nature” cemented the reputation of its creator, Paola Antonelli, as the most influential design curator of our time.

Born in 1963 in Sassari, Italy, Antonelli studied architecture in Milan and worked as an architecture and design writer and lecturer before joining the curatorial team of the Museum of Modern Art in New York in 1994. Now MoMA’s senior curator of architecture and design and its director of research and development, Antonelli has emerged as a redoubtable design champion in the exhibitions she curates for MoMA and in her stewardship of its design collection.

In the 2008 show “Design and the Elastic Mind,” Antonelli pioneered the twin concepts of the interdependence between science and design and of design as an increasingly eclectic and expansive field, both widely accepted today. Then, in 2011’s “Talk to Me,” she charted our changing relationship to objects in the digital age. From 2013 to 2015, she co-curated MoMA’s first wholly online project, Design and Violence. Her 2017 exhibition “Items: Is Fashion Modern?” subverted the conventions of fashion curation by exploring the cultural and political significance of iconic garments such as biker jackets, saris and bum bags.

With “Broken Nature,” Antonelli took on human extinction by combining an ominous assessment of the daunting humanitarian and ecological challenges we face with examples of restorative design solutions developed by designers including Forensic Architecture, Studio Formafantasma and Neri Oxman, whose design research is the subject of her latest exhibition at MoMA. 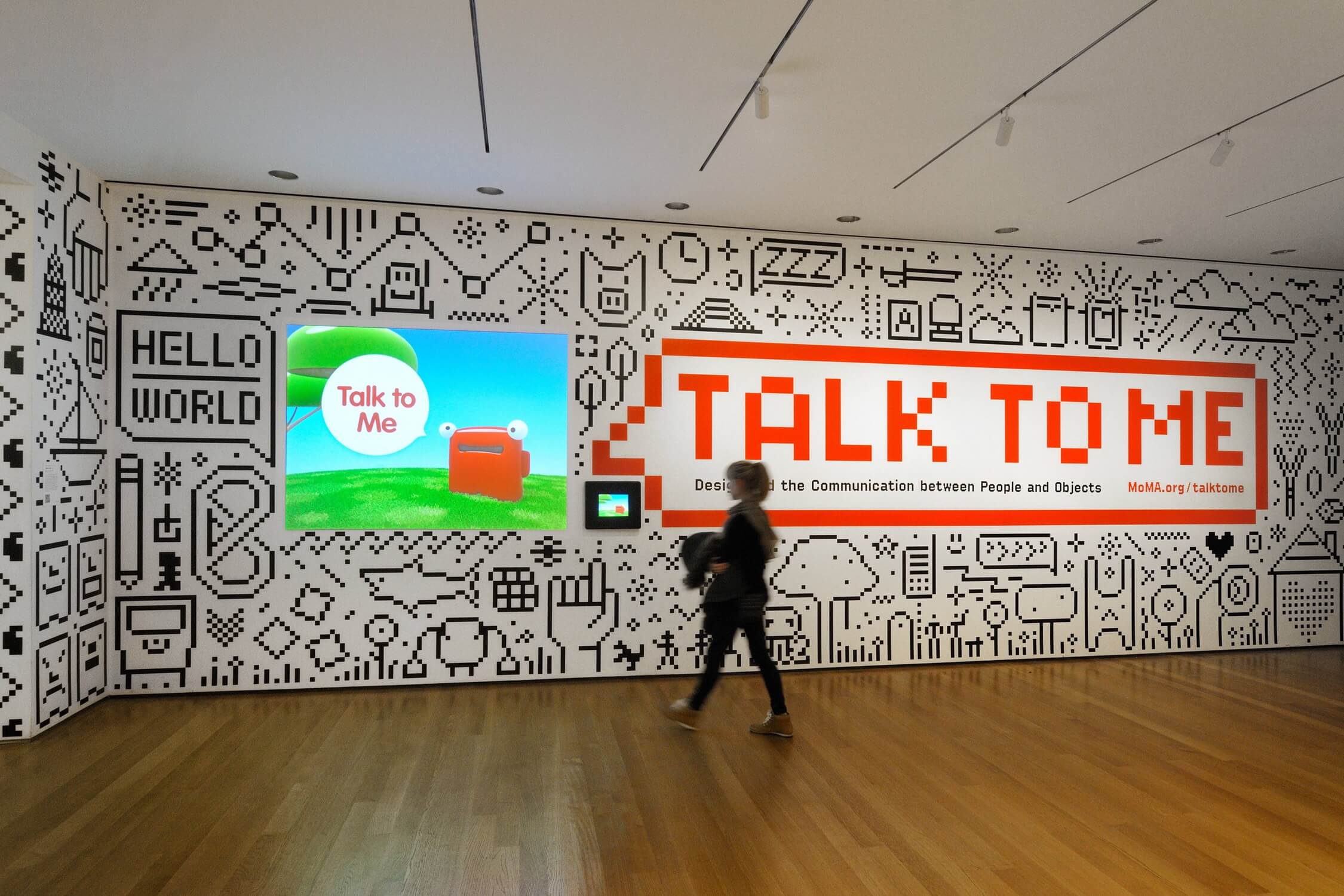 The 2011 MoMA exhibition “Talk to Me” explored the new interactions between human beings and technology. PHOTO: Thomas Griesel

How did you become involved in design curation?

By complete chance. I never chose to become a curator. I never chose to specialize in design and architecture. It all happened organically. I’ve never surfed but I’ve always seen myself as a surfer. My favourite emoji is the surfing girl. Surfing is about taking the waves and making the best of them, riding them to new places.

I had a good start at architecture school in Milan. We were an army of 15,000 students. There were no places to do architecture, but we had wonderful professors from a theoretical viewpoint: Achille Castiglioni, Franca Helg and Tomás Maldonado. All the students had gone to architecture school not knowing what they wanted to do. They’d graduate and maybe become fashion or furniture designers. I worked on the design magazines Domus and Abitare in Milan and also started teaching design history and theory at UCLA in Los Angeles. I had a boyfriend in San Francisco and, as there were no direct flights from Milan to California, I’d stop over in New York to do interviews and exhibition reviews, often at MoMA.

Just as I was getting a little tired of all that schlepping, I saw an ad for a curatorial position at MoMA. I was completely untested, had never worked in a museum and didn’t have a PhD. I have to thank my old boss Terry Riley for having the guts to hire me. 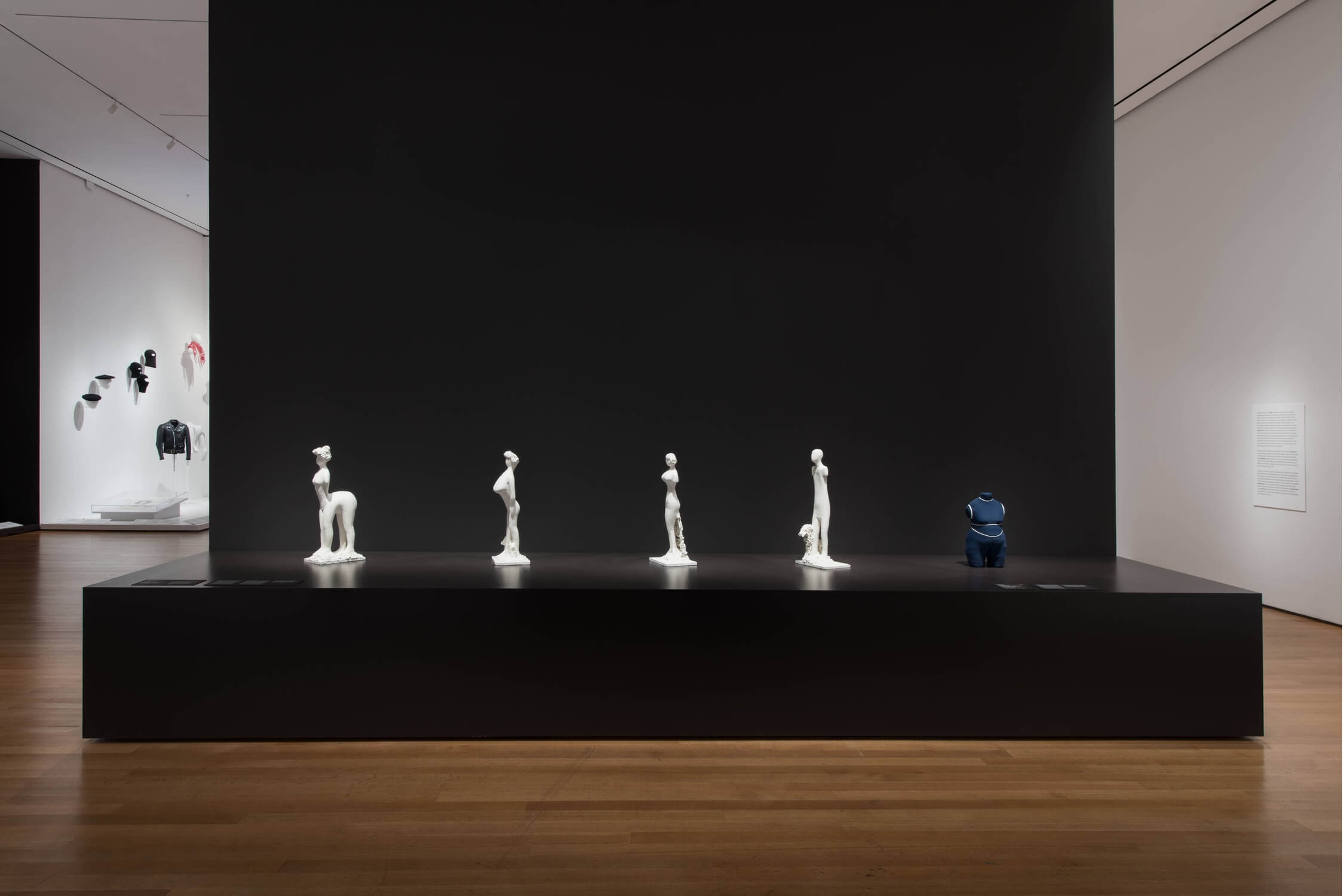 Like other major museums, MoMA had hitherto been fairly conservative in its approach to design, with occasional exceptions, such as Bernard Rudofsky’s work on vernacular architecture and design in the 1950s and 1960s. How did you initiate such a radical curatorial approach there?

I’ve always treated design curation like journalism, which is why the exhibitions of contemporary design I organize tend to explore ideas that are emergent or urgent. To me, they’re no-brainers. A wide group of design curators could have come up with something like “Broken Nature” and some of them have done so, like the “Eco-Visionaries” exhibition at the Royal Academy of Arts in London. It makes me really happy to see other exhibitions around the world tackling the same issue from different angles.

I first proposed “Broken Nature” to MoMA in 2013 and it was turned down. Curators get a lot of rejections. Some, you forget about. Others are realized on other platforms, like Design and Violence. When our proposal was rejected, my co-curator Jamer Hunt and I decided it was too urgent, so we began the project as a website. MoMA liked it and put it on the MoMA website. It then became a MoMA book and an exhibition at Science Gallery Dublin in Ireland. Other rejected exhibition ideas mature and become more important, which was the case with “Broken Nature.” Five years later, when La Triennale asked me what I wanted to do, “Broken Nature” hadn’t gone away and restorative design was gathering momentum, like an avalanche, because so many designers were moving in that direction. 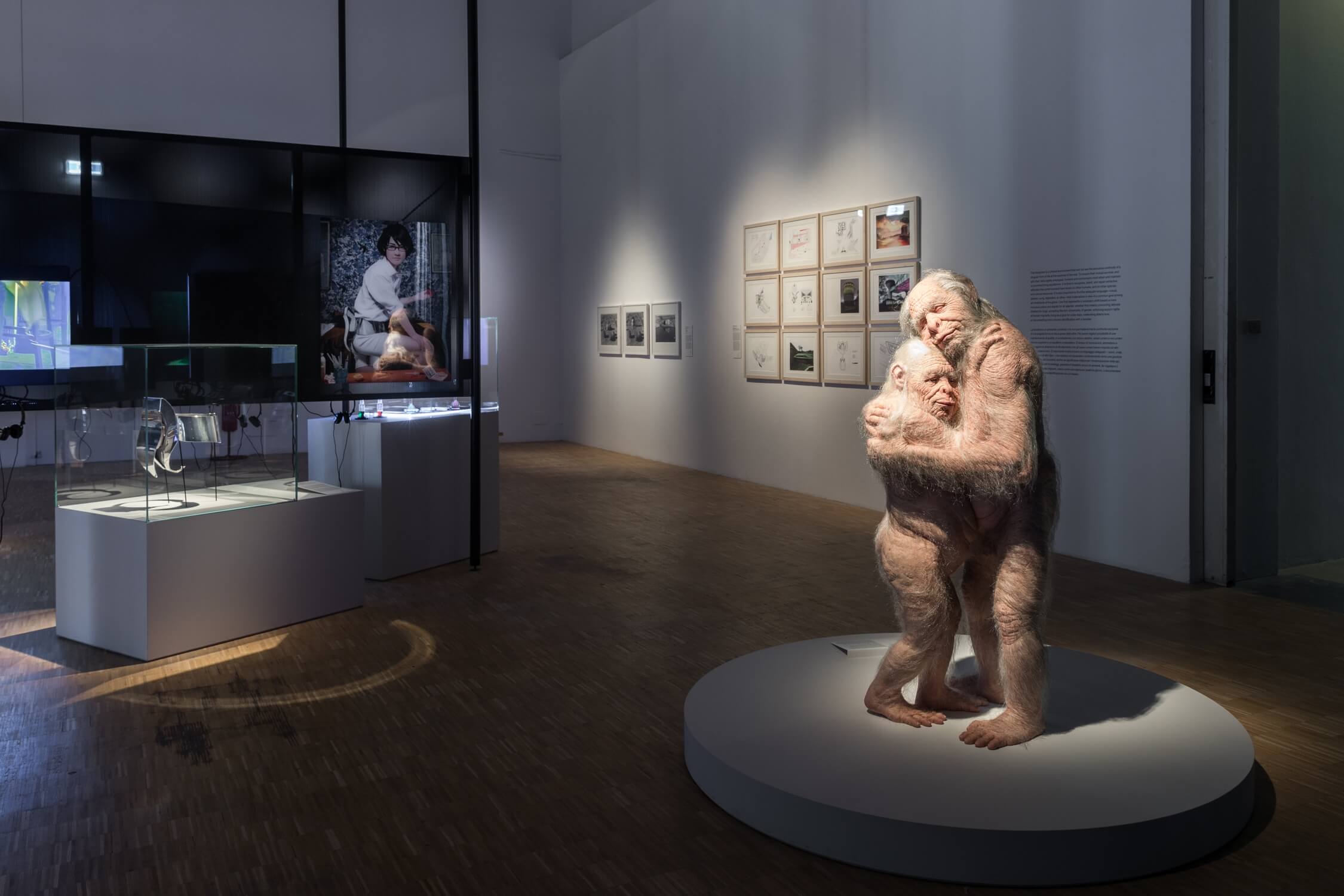 When you are planning a manifesto exhibition like “Broken Nature,” do you have set expectations of how the audience will respond?

I have hopes, more than expectations. I think of the general audience because I know that the design community will be with me if I set out to celebrate and communicate the expanded role and importance of design to the public. Also, because I tend to cover many different types of design, there’s usually something new for everyone. And, last but not least, kids are truly the toughest. If they like the show, everybody will.

How did your role as MoMA’s director of research and development come about? What does it entail?

It’s another facet of my incubation in journalism. During the 2008 financial crisis, I went to see Glenn Lowry, MoMA’s director, and said that this could be our opportunity to show that museums are the R & D labs of society. It’s the smallest department at MoMA: half of me and an intern. I like to say that it’s a lot of R and very little D. Our goal is to show that museums aren’t just places where we go to see things, but also places where we can think about and discuss important matters and prototype positive change. We’ve organized a series of R & D salons to discuss themes like hair, algorithms, white males and AI. I find it incredibly fulfilling and very creative. I love doing it because it’s always nerve-racking — two hours of four to six speakers and a demanding audience that has been given a reading list. We’re now at R & D salon number 35. All the salons are online so people can watch them.

I’ve always treated design curation like journalism, which is why the exhibitions of contemporary design I organize tend to explore ideas that are emergent or urgent.
Paola Antonelli 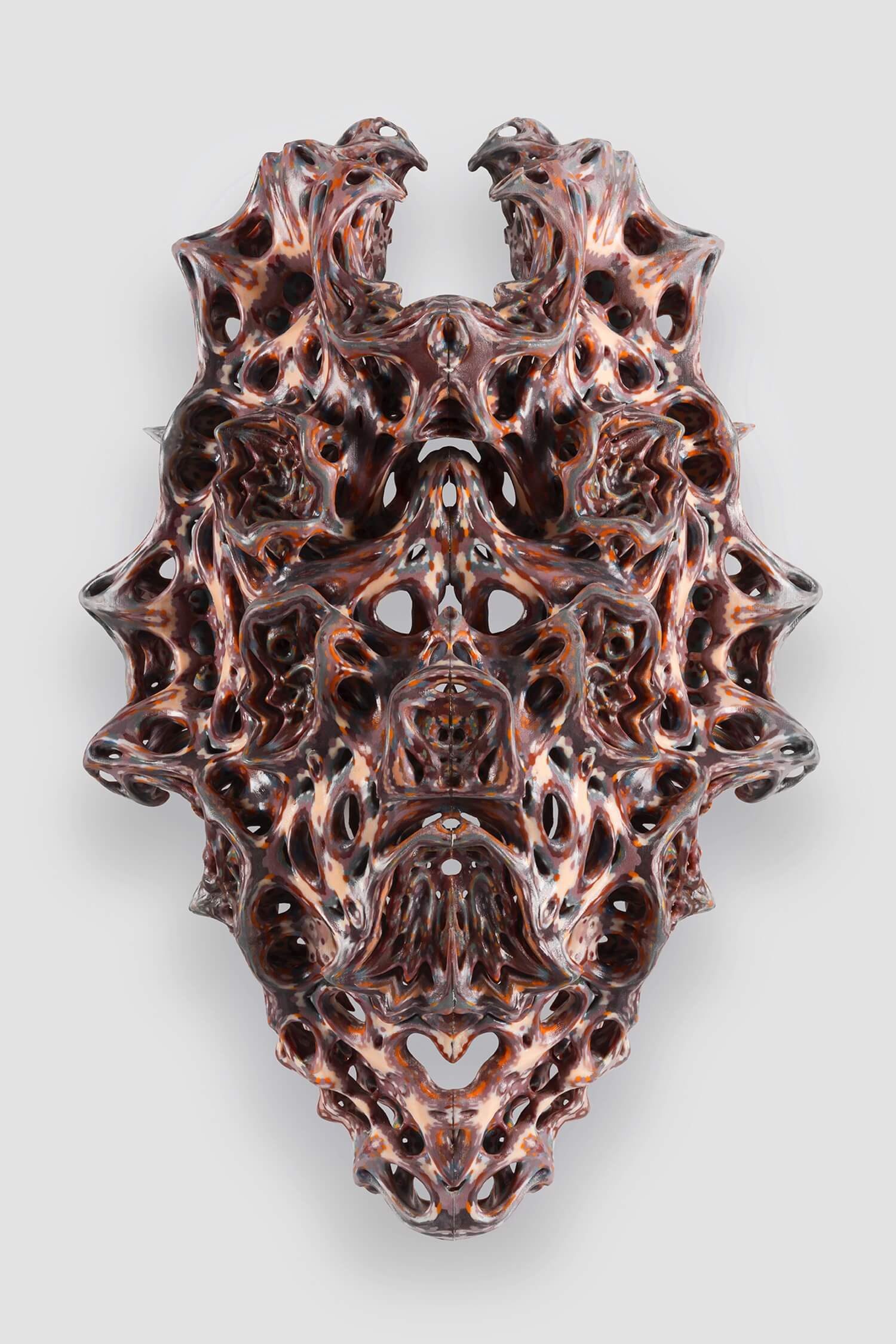 Vespers (2018), a 3D-printed mask by Neri Oxman and the Mediated Matter Group, is emblematic of the boundary-pushing design that Antonelli has embraced and endorsed. 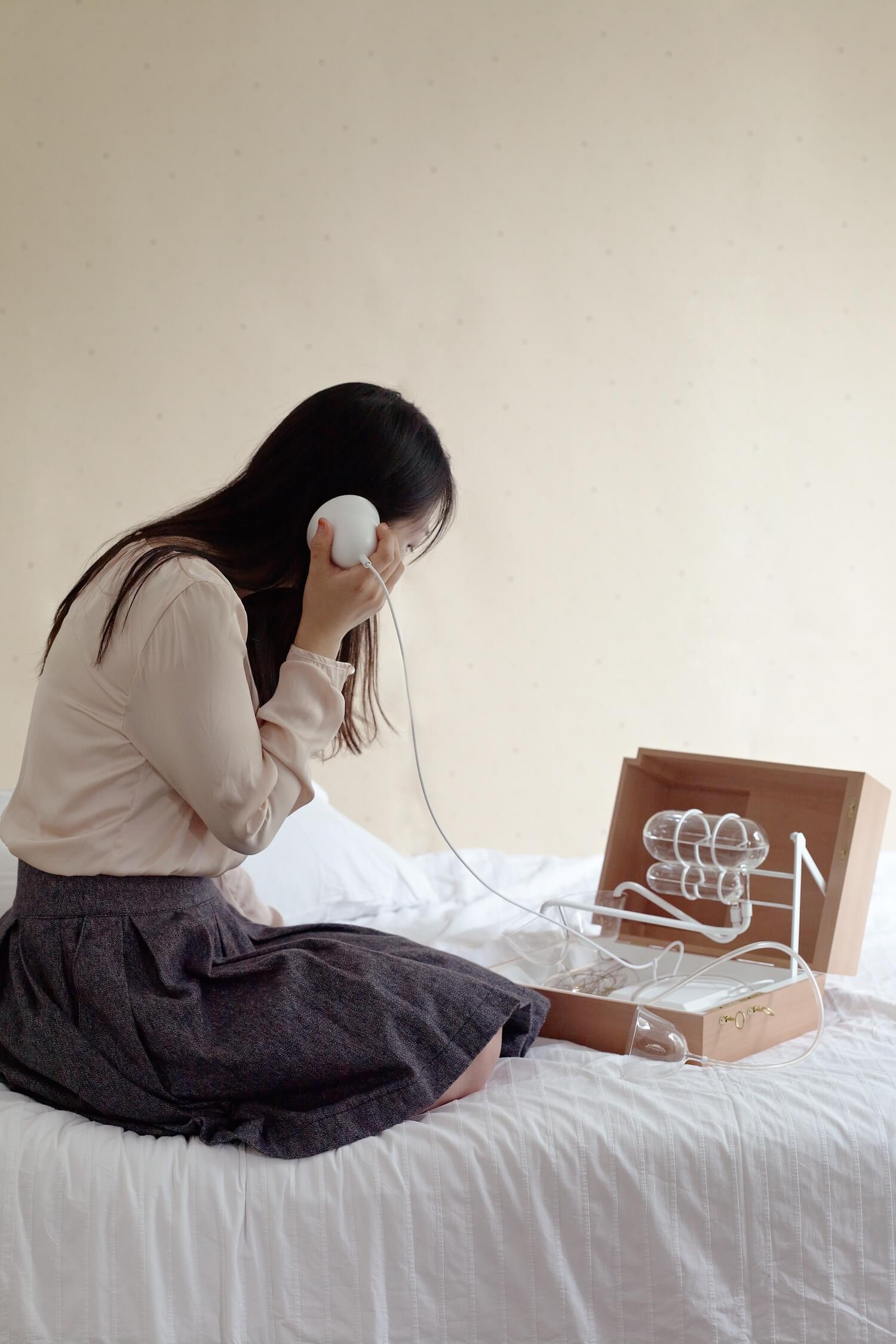 As is Disclosure Case, a design by Revital Cohen and Tuur Van Balen that was included in “Talk to Me”. PHOTOS: Left, by Yoram Reshef; right, by Gary Hamill

Your latest MoMA exhibition is unusual for you — a solo show on the work of a single designer. Why did you decide to devote an exhibit to Neri Oxman?

Neri was part of “Design and the Elastic Mind” in 2008. She was still in school at the time, but I saw right away that the philosophical thinking I so sought about the confluence of science and architecture was apparent in her work. I immediately embraced Neri and her work, and we’ve been plotting this monographic show ever since. I’ve driven everybody crazy with it and now it has finally happened — after almost 12 years in the making. 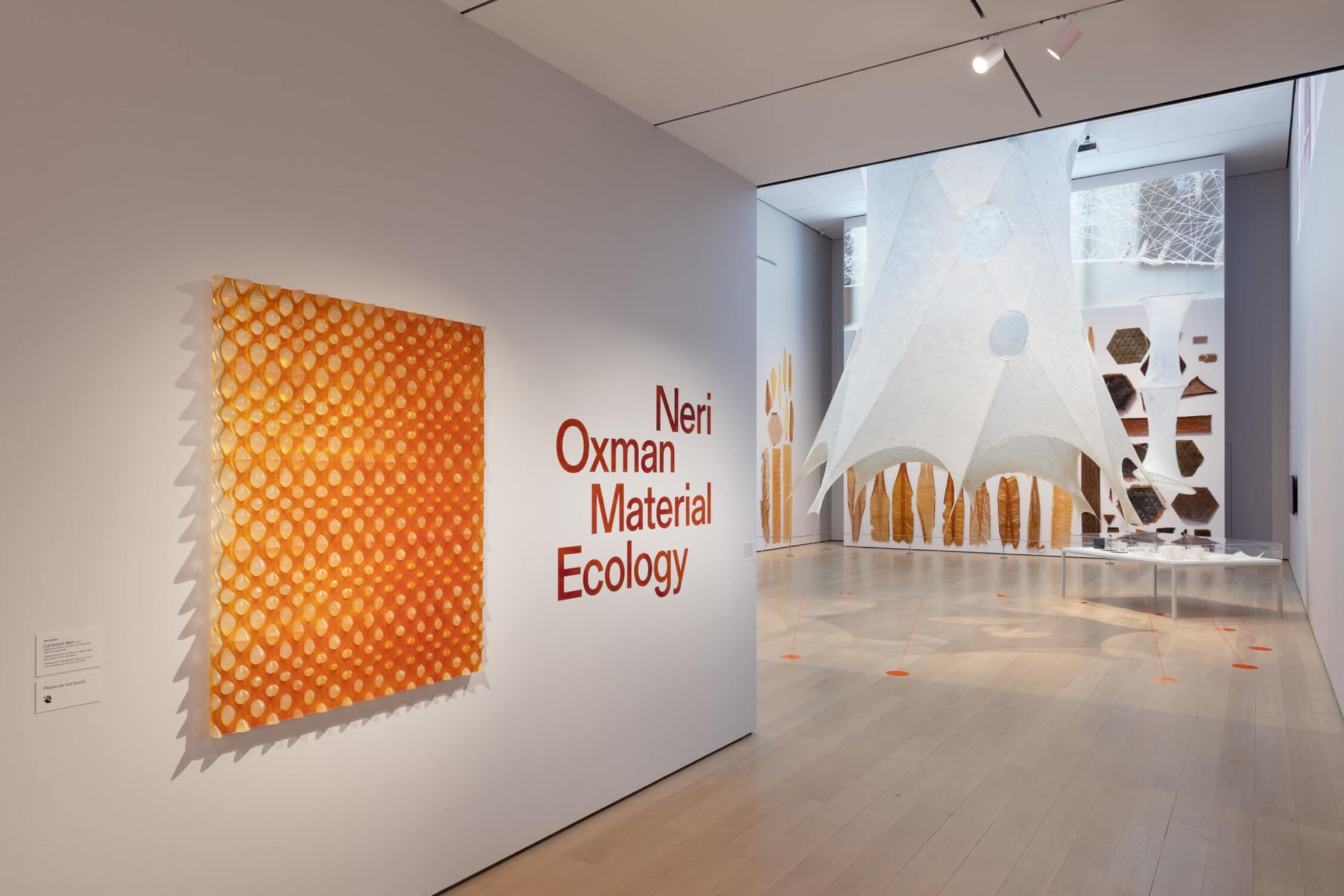 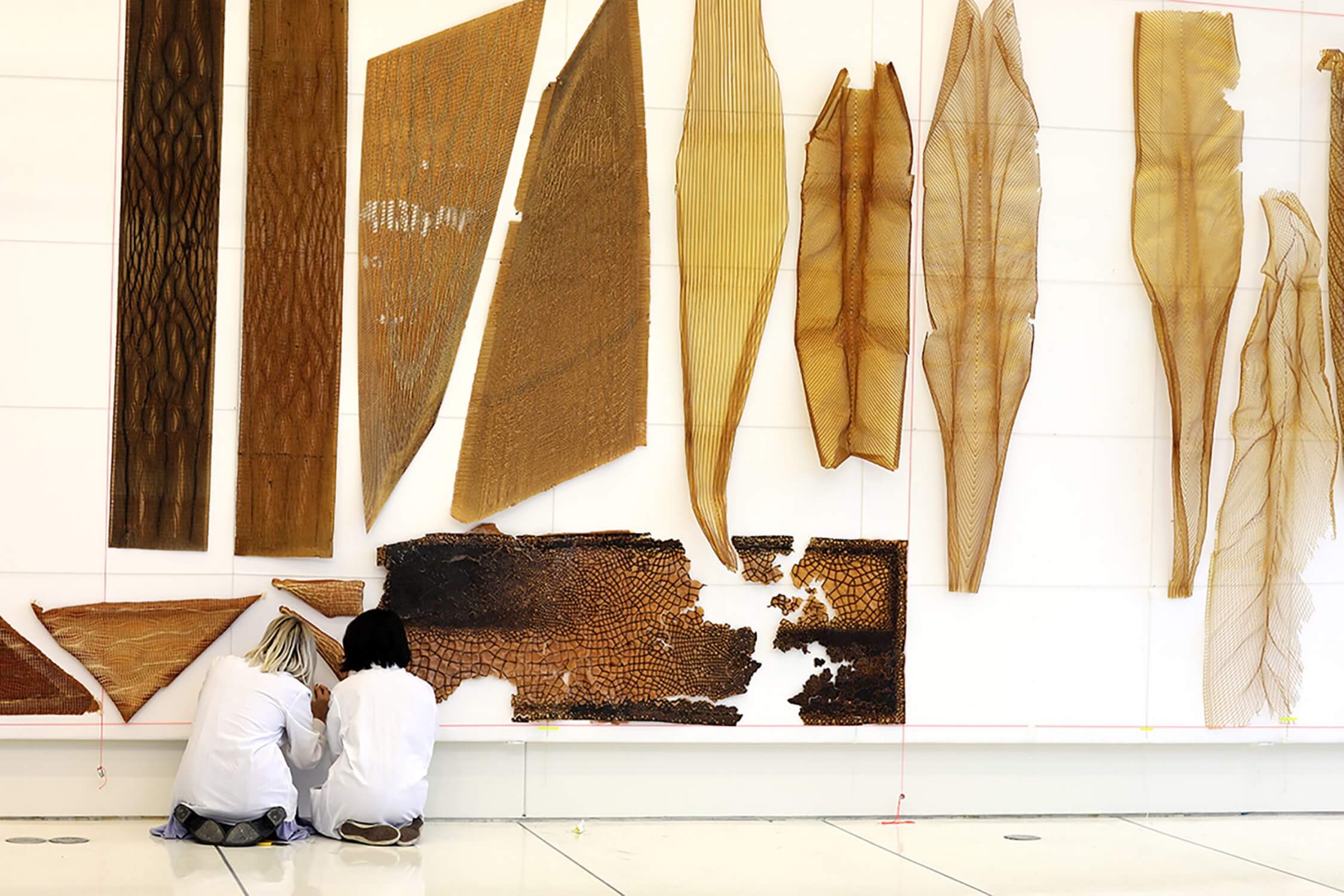 Are there any unrealized projects you long to do?

What do you feel about the recent surge of activity in design curation, in not only museums and galleries, but biennials, triennials and other festivals?

I’m very happy about it. There’s a new generation of curators and it’s great that they’ve found places to express themselves. It makes me super happy to see the work of colleagues I respect, like Beatrice Galilee, Zoë Ryan and Mariana Pestana. I could go on for a really long time. It’s still tough here in the U.S., and I hope that will change. It has to. Design is too important to ignore.

MoMA’s star curator sees herself as a surfer. But as one of the design world’s most influential thinkers, she’s the one making waves.